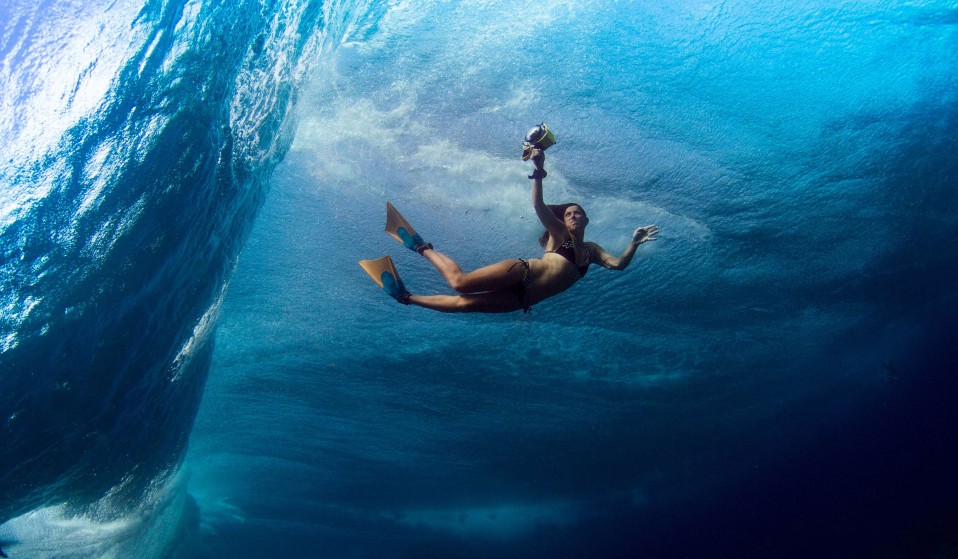 It was the biggest day anyone had ever seen at Cloudbreak, the infamous surf spot in Fiji. Fifty-foot waves were crashing down on the reef as the world’s best surfers paddled into the monster swell.

Surf photographer Lucia Griggi was shooting from the back of a jet-ski in the channel. As she and the driver pulled into the lineup to rescue surfer Kala Alexander, a wave hit. Suddenly the jet-ski was flipped upside down. “I remember being dragged over the reef and I couldn’t even keep my head above the amount of whitewater,” she says. “I got pulled back on the ski eventually, but it was awful. I drowned all my camera gear – about ten grand’s worth of kit.”

The day went down in surfing history as the biggest waves ever paddled into at Cloudbreak. It was nicknamed ‘Filthy Friday’. 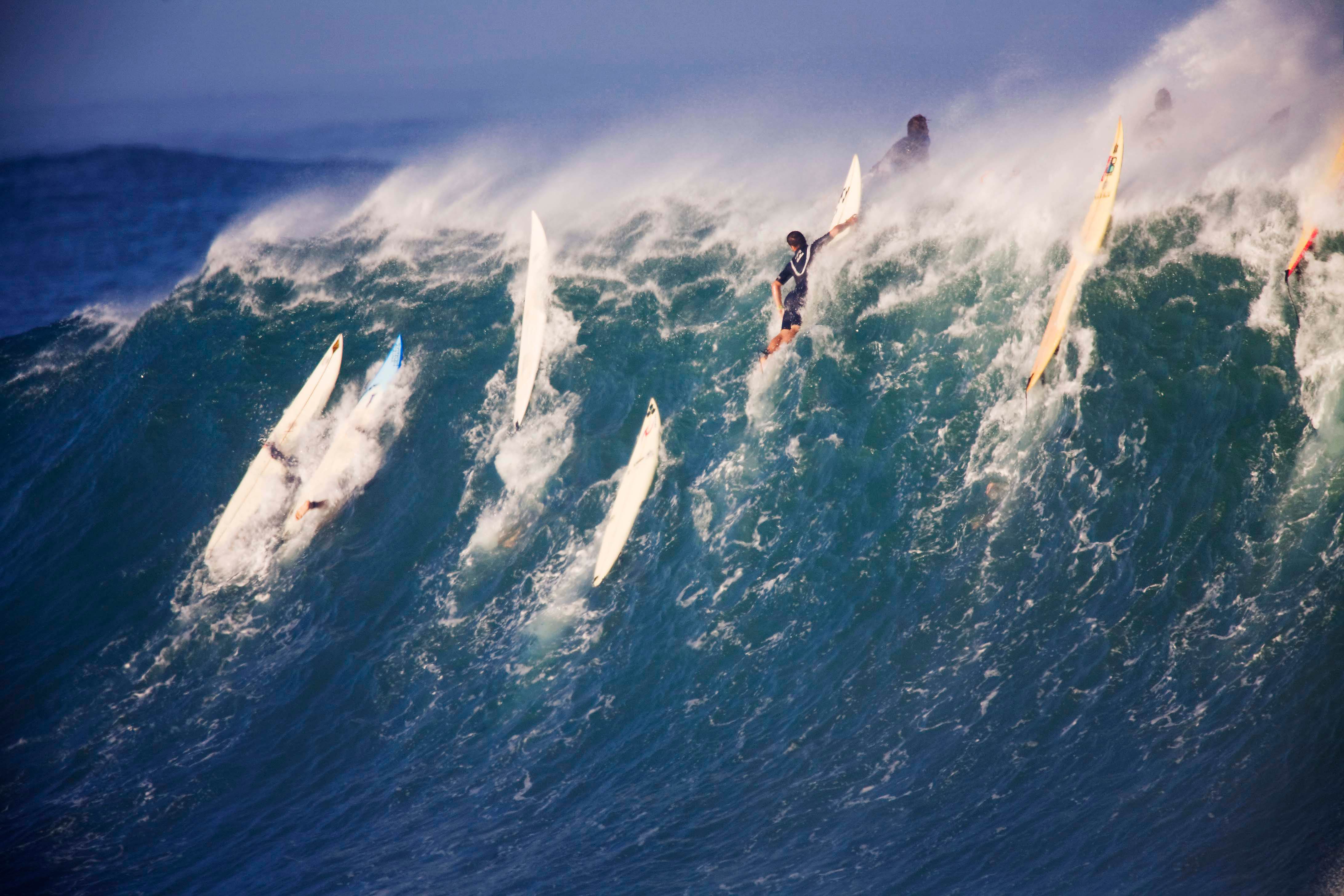 Close calls are just part of a day’s work for a professional surf photographer like Lucia, but her life wasn’t always spent in the ocean. Growing up between London and Venice, Italy, Lucia was an avid swimmer but she lived hundreds of miles from the nearest beach. While studying for a sports science degree in London, she met a group of surfers who introduced her to the sport. “I didn’t even know what surfing was before I went to university.”

As soon as she handed in her dissertation, Lucia left London to train as a beach lifeguard and surf instructor in Cornwall. The next few years were spent teaching surfing in the summer and travelling to surf spots such as Morocco, Indonesia and Australia in the winter. That’s when photography came into her life. “I wanted to document the places I visited, so I started carrying my dad’s old Nikon film camera with me.”

She quickly discovered a passion not only for capturing surf culture on land, but photographing surfers in the water. The equipment she needed to waterproof her cameras, however, didn’t come cheap. “My first water-housing was like a plastic bag. I think I drowned my first camera in it,” says Lucia, who slowly gathered what it took to turn professional. “It was never anything I went after; it just fell into place.”

Lucia’s first big break came in 2004 when British surf magazine Carve published a shot she had taken at the English National Surfing Championships. From there, she began to get her work published in more magazines and newspapers, eventually landing a job shooting for the World Surf League (formerly known as the ASP Championship Tour). 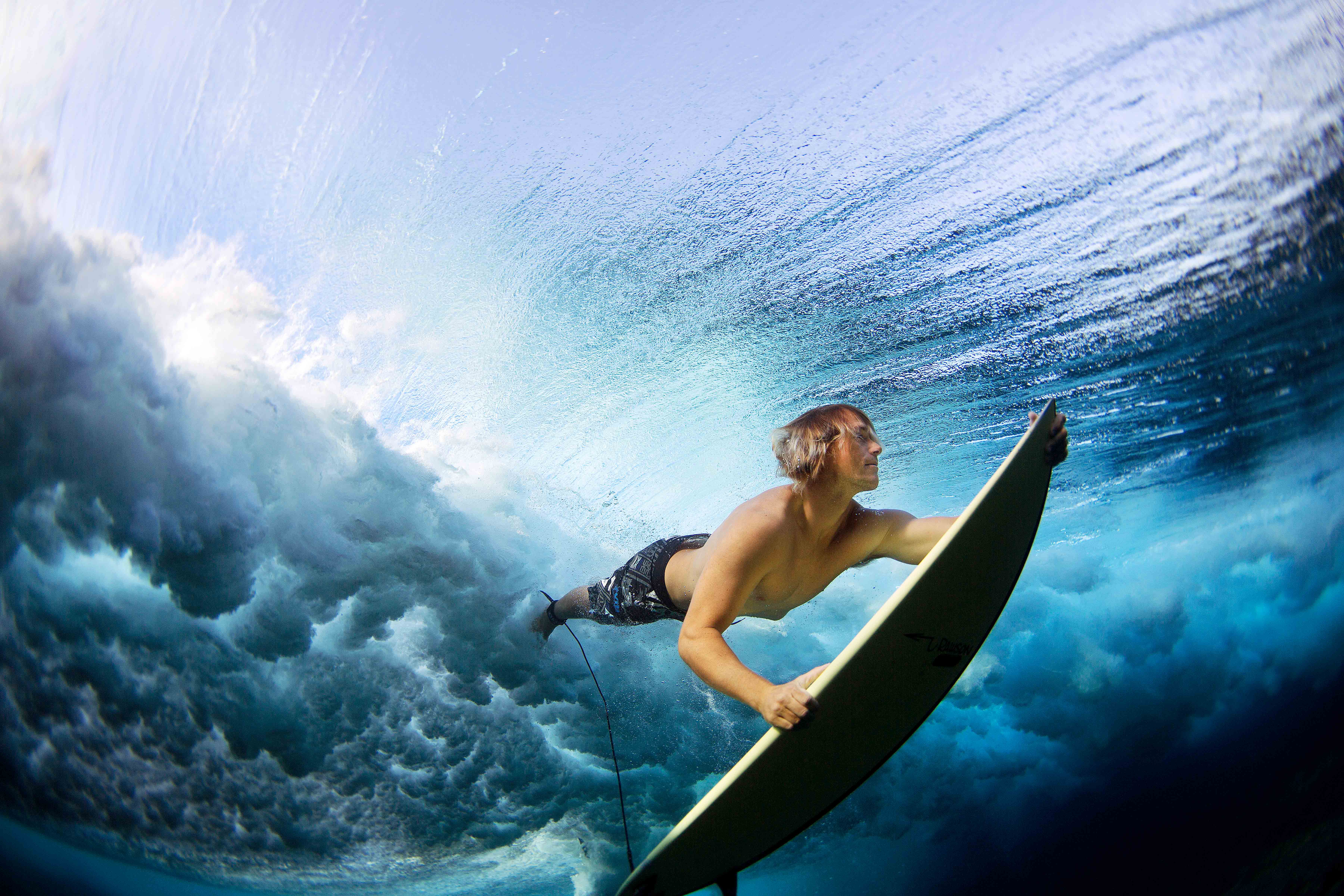 Surf photography is a niche, male-dominated industry with no clear-cut career path. As one of the few female surf photographers in the world, she had no mentor or guidance. “No one steered me in the right direction; it was quite the opposite. I just learned from my mistakes.” While she never encountered sexism from her male counterparts, she wasn’t encouraged either – if anything, she was met with blank expressions. “I remember swimming out at Pipeline and I definitely got some looks. They didn’t know what to make of me, but I saw everyone else doing it, so I was like, why can’t I?”

As time went on, Lucia gravitated towards shooting surfers in the biggest, gnarliest waves out there – including Pipeline, a notorious wave which breaks onto a sharp, cavernous reef, making it one of the world’s most dangerous. Lucia spent days studying the wave before swimming out for the first time. “Timing is crucial,” she says. “If you don’t swim out at the right time in the right place, you can get caught inside and smashed on the reef. People die at Pipeline.”

It’s physically exhausting, carrying heavy camera equipment in one hand while ducking under waves, clinging on to the reef and swimming for up to four hours at a time. “When the wave hits, it’s like a bomb crashing on top of you,” says Lucia, recalling one occasion when things started to go awry. “I remember seeing the surfer I was shooting looking at me. I could see it in his eyes. I was completely done for.”

Wiping out is not the only danger when tackling tropical reef breaks. Lucia remembers another near-miss while shooting surfers at Frigates Pass, a gnarly wave off the coast of Fiji, which is also a premier shark-diving spot. “The current was strong. The waves jumped to fifteen foot. We had to swim for forty minutes across this deep channel through chummed water. I remember looking down at this massive drop-off into the abyss. There were shadows of sharks swimming beneath. I completely sketched myself out. I was convinced that was the end.” 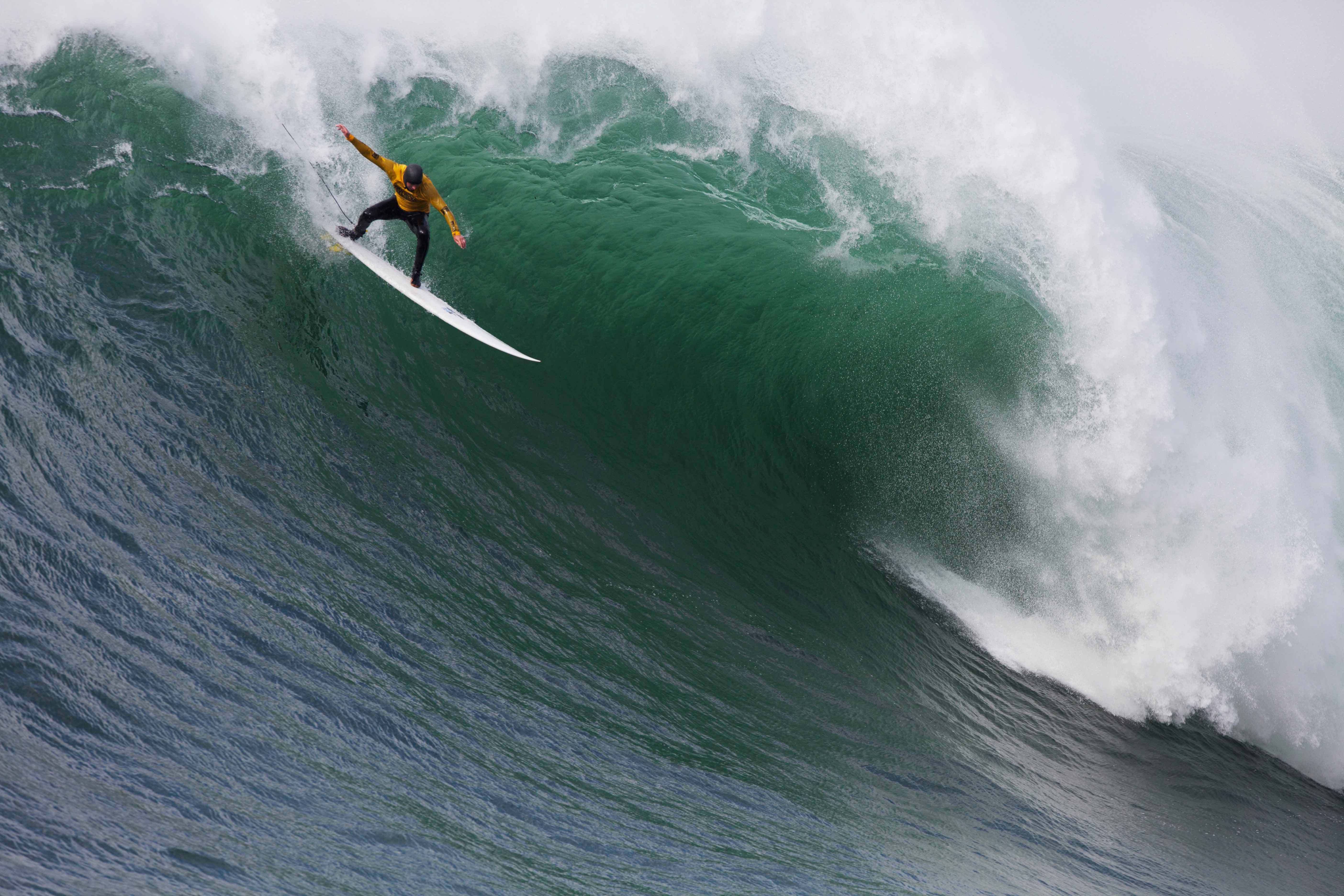 Another time in the Maldives, Lucia found herself stranded after an electrical storm rolled in and the boat that was meant to carry her ashore never came back. “I was the only one left, bobbing in the water completely alone for two hours into the night while a surfer paddled to get help.”

But where these moments would have put others off, Lucia has always held fear at bay. She now lives in California and continues shooting campaigns for Quiksilver, Nikon, Red Bull and Ford while working on her new book, profiling the top twenty female big-wave surfers, and teaching workshops on water photography.

“Life has a funny way of working out,” she says. “If you really want to do something, it will happen as long as you try hard enough. Photography is everything for me. If I didn’t have it, I don’t think I’d have a purpose. It’s a profession that takes a lifetime to become an expert at. I’m only just starting.”

Linkedin
RELATED ARTICLES
OTHER ARTICLES
Following the release of his debut single, Deyaz talks battling addiction, dealing with his struggles through music, and building a budding music career from his living room.
As she gears up for the release of her first book, the 24-year-old climate activist talks standing up to authority and building a more inclusive movement.
A recent High Court ruling against the right to wild camp in Dartmoor National Park sparked the largest land protest in history – and campaigners say their fight is not over yet.
At his West Bank restaurant, Fadi Kattan established himself as the voice of modern Palestinian cuisine. Now, he’s bringing his innovative, bold flavours to the UK’s capital.
Activists and campaigners are fighting back against new laws that would seriously undermine the ability to take industrial action, calling it an attack on fundamental workers' rights.
Since 2007, Gideon Mendel has made 20 trips to document floods in 13 countries. The result is an alarming record of what has already been lost to the climate emergency.