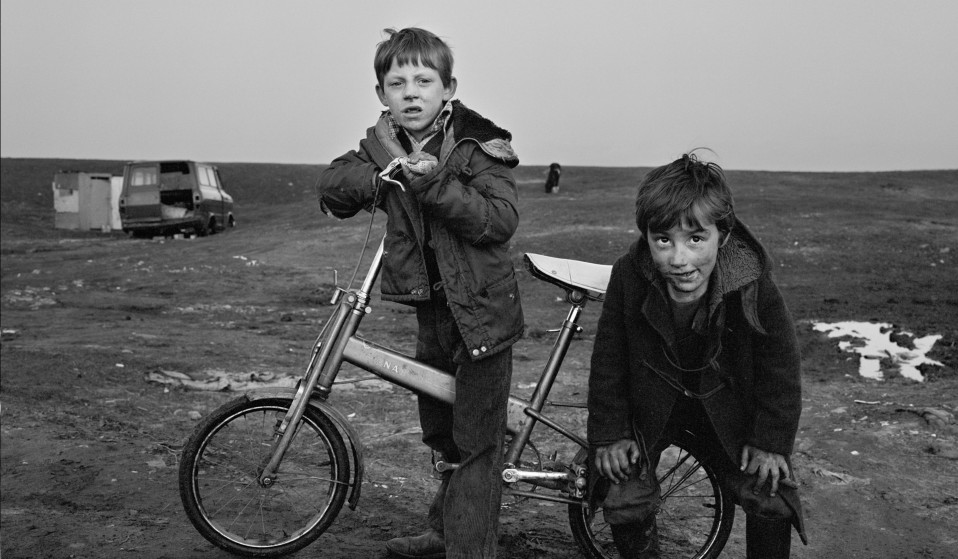 Photographer Chris Killip reflects on what it takes to create images that truly record a place and time.

Photographer Chris Killip captured the North of England's deindustrialisation in a way no one else did. Now, almost three decades later, he looks back at what it takes to create images that truly record a place and time.

Chris Killip is driven by an obsession with his subject matters, and a level of determination that goes beyond what some would call reasonable. It’s thanks to this that he found his vocation, dropping everything to become a photographer before ever having used a camera before. It’s also thanks to this outlook that In Flagrante came into existence, one of the most in-depth documentations of the devastating effects that the deindustrialisation process of the 1970s had on communities in the north of England.

Originally from the Isle of Man, Killip travelled the length and breadth of Britain back in 1974, on this trip visiting the northern city of Newcastle for the very first time. Just one year later he moved there, and stayed for a decade and a half. 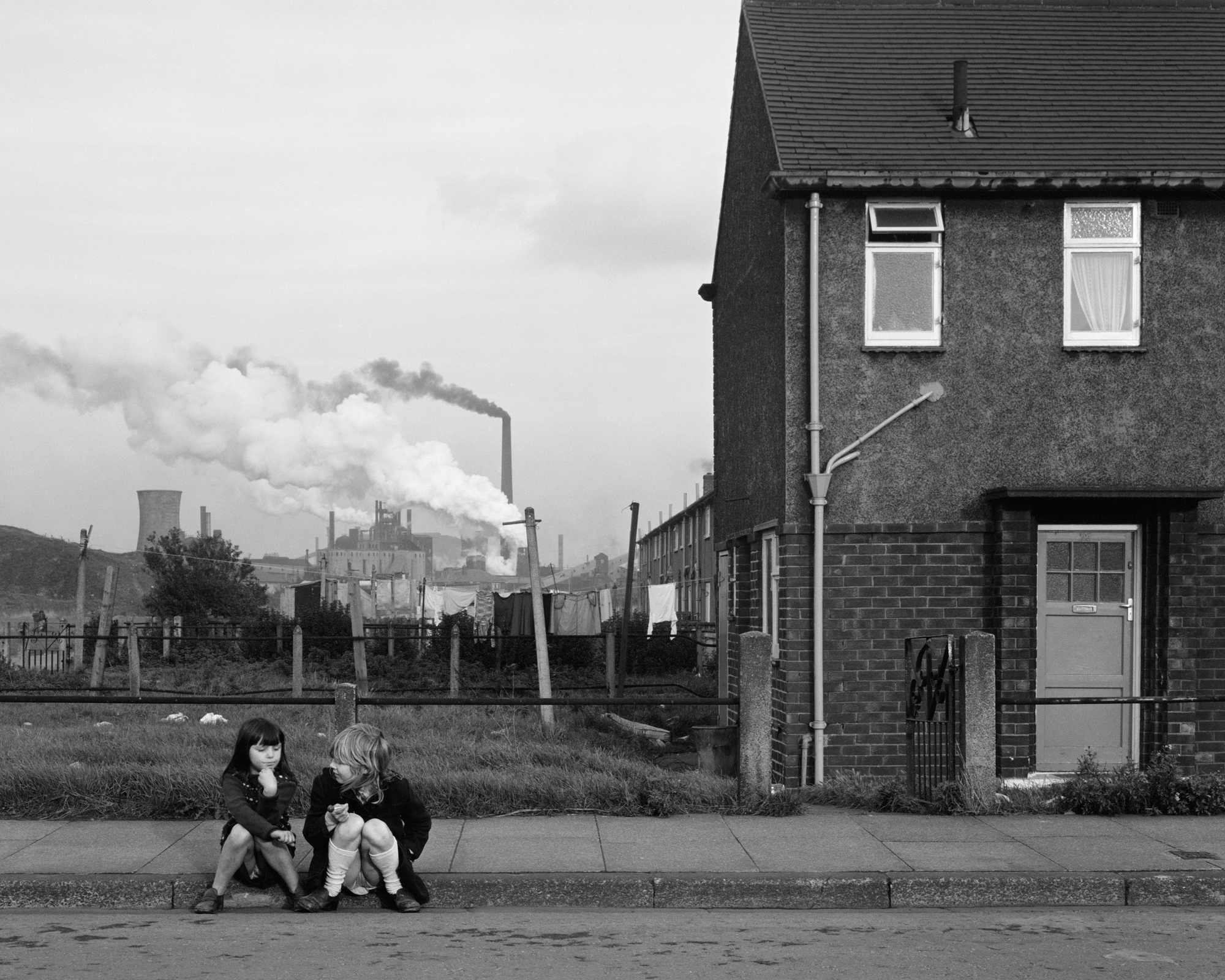 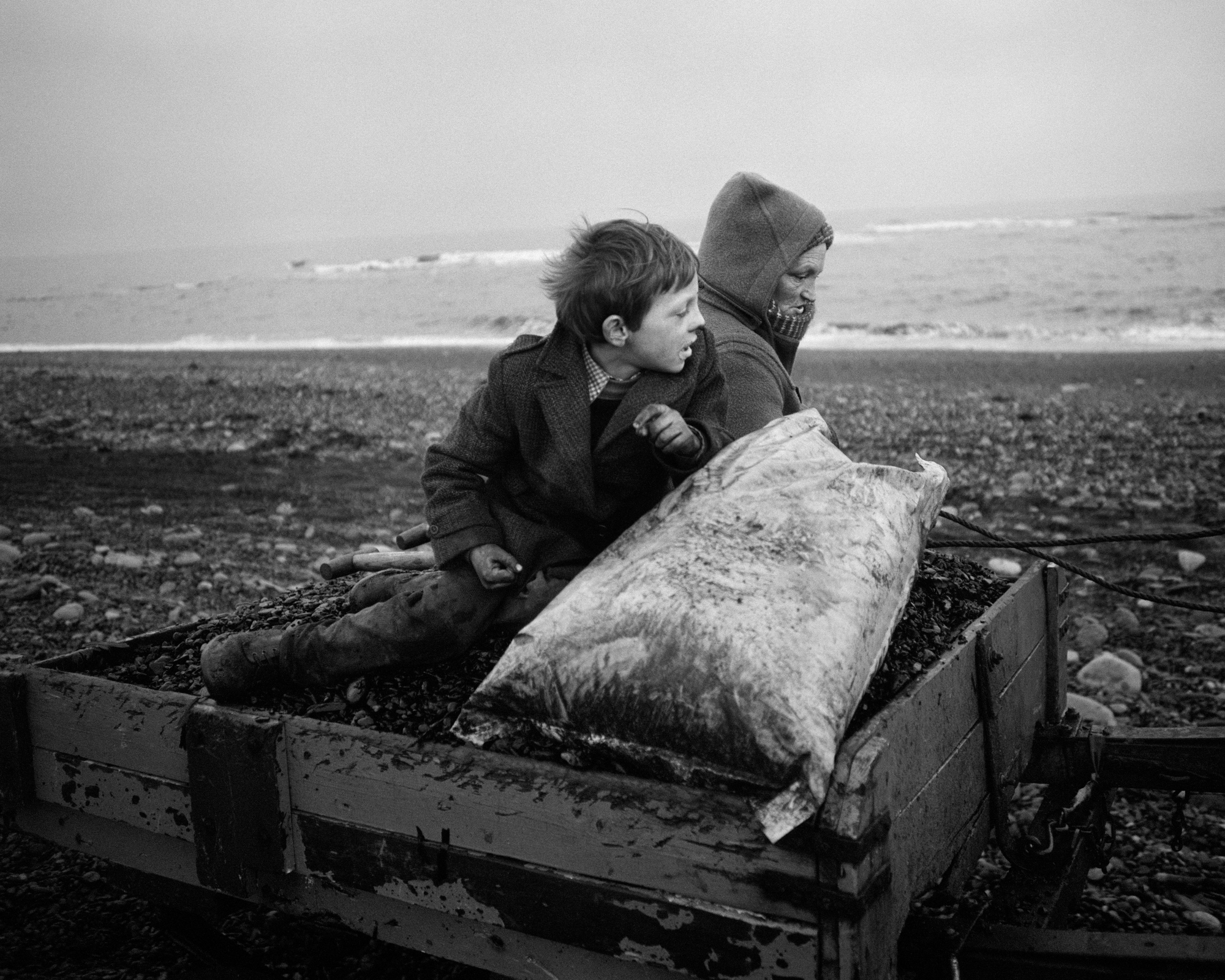 “I didn’t have a political agenda,” he tells me. “I liked the area a lot, and wanted to photograph it as well as I could. I was aware of the sense of history, more than politics; the idea that things will change, and nothing lasts forever.”

“That’s why you should give it your utmost to try and take the best photographs you can. It was only with hindsight that you can see things like – I am the chronicler of the deindustrialisation revolution. At the time, I was not that conscious of that, but I was focused on photographing all the industries I could, even with limited access. Because I knew it was important.” 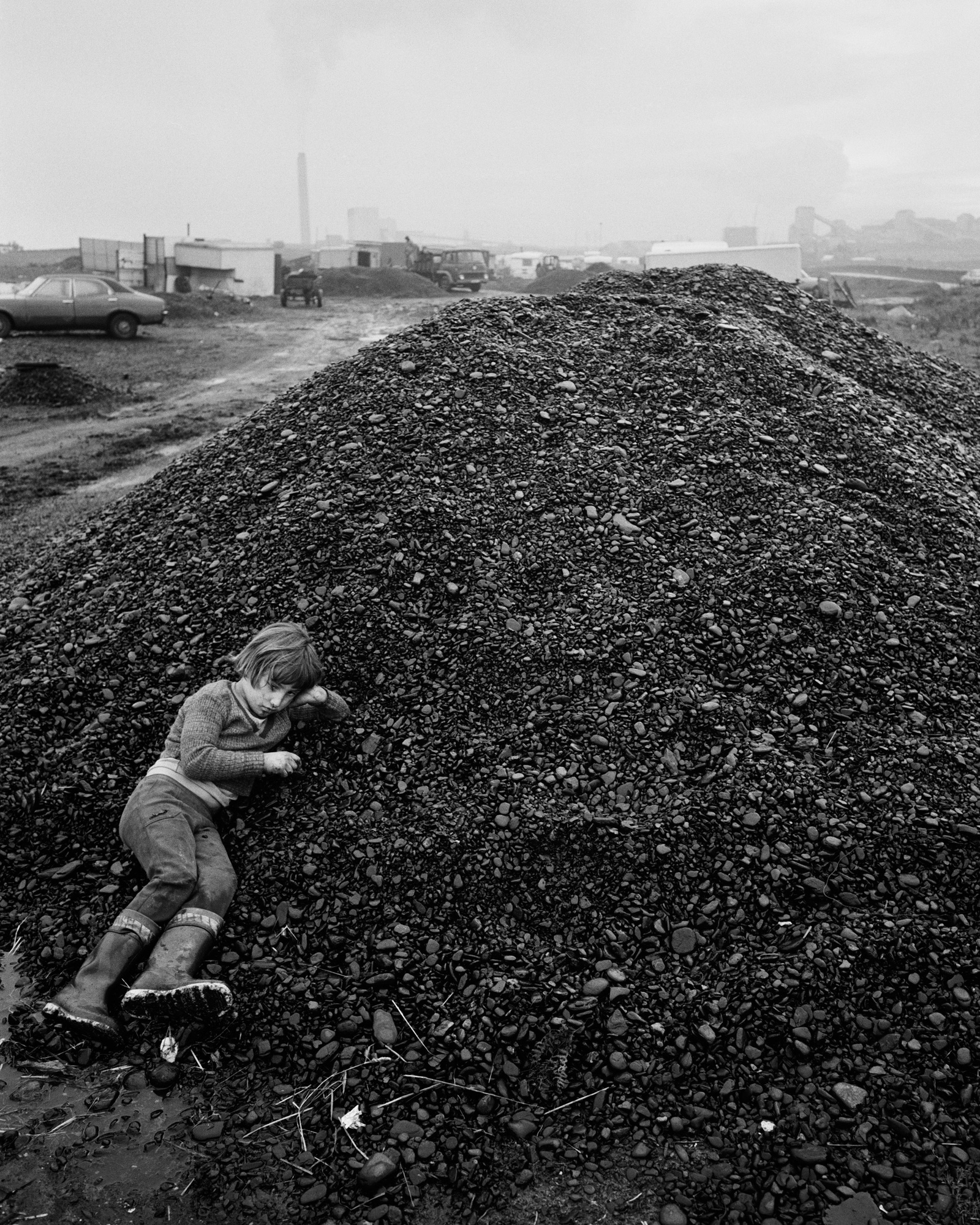 In Flagrante is striking not just in its extensiveness, but mostly because of Killip’s unique access to communities that shunned outsiders who ended up welcoming him in, thanks to a mix of divine intervention and perseverance.

Building genuine connections over the years, he is still friends with a lot of the people featured in his images, some of which have not been seen until now.

Most friendships were made with the ‘seacoalers’ of Lynemouth. By collecting and reclaiming waste coal that washed up on the coast, these men made a small amount of extra income. But when Killip first showed up, the men in the community weren’t overly pleased. Killip arrived with a camera, and the blokes summarily chased him off the beach.

Not a man to give up, the photographer came back the following day, and again, and again, for seven years, to no avail. 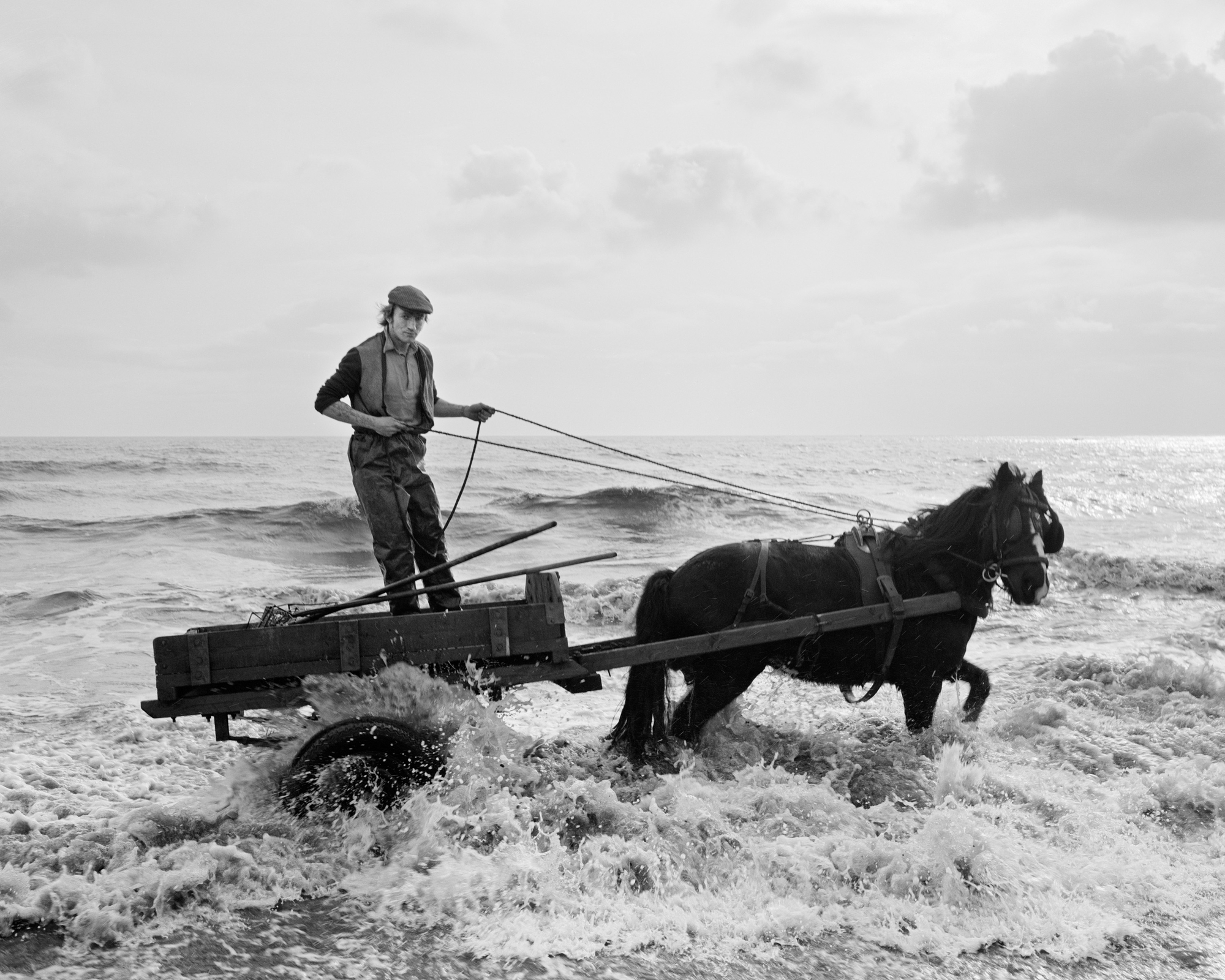 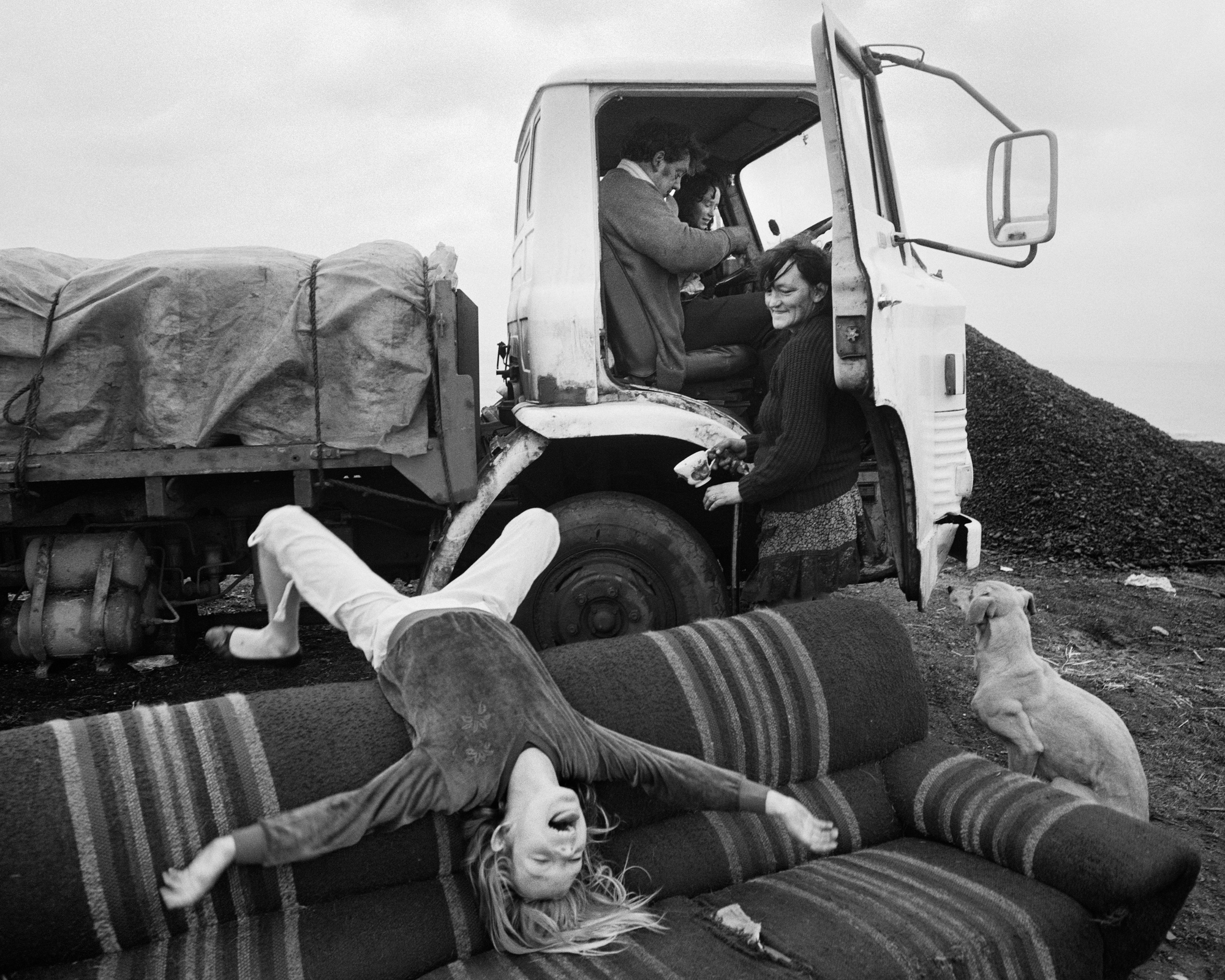 On year seven, after hurting himself while running away, he decided to go to a pub to try and talk it out with the locals.

He found out the community’s suspicion of outsiders and photographers was justified – most of the people who were on the beaches collecting coal were on welfare, and if the police or authorities caught on to their undocumented income, as small as it was, they wouldn’t receive their unemployment benefits.

Despite his continuous affirmations that no one would come to harm because of the photographs, and that he wasn’t connected with the authorities, their answers didn’t change.

That’s when, in 1982, divine intervention saved the day. 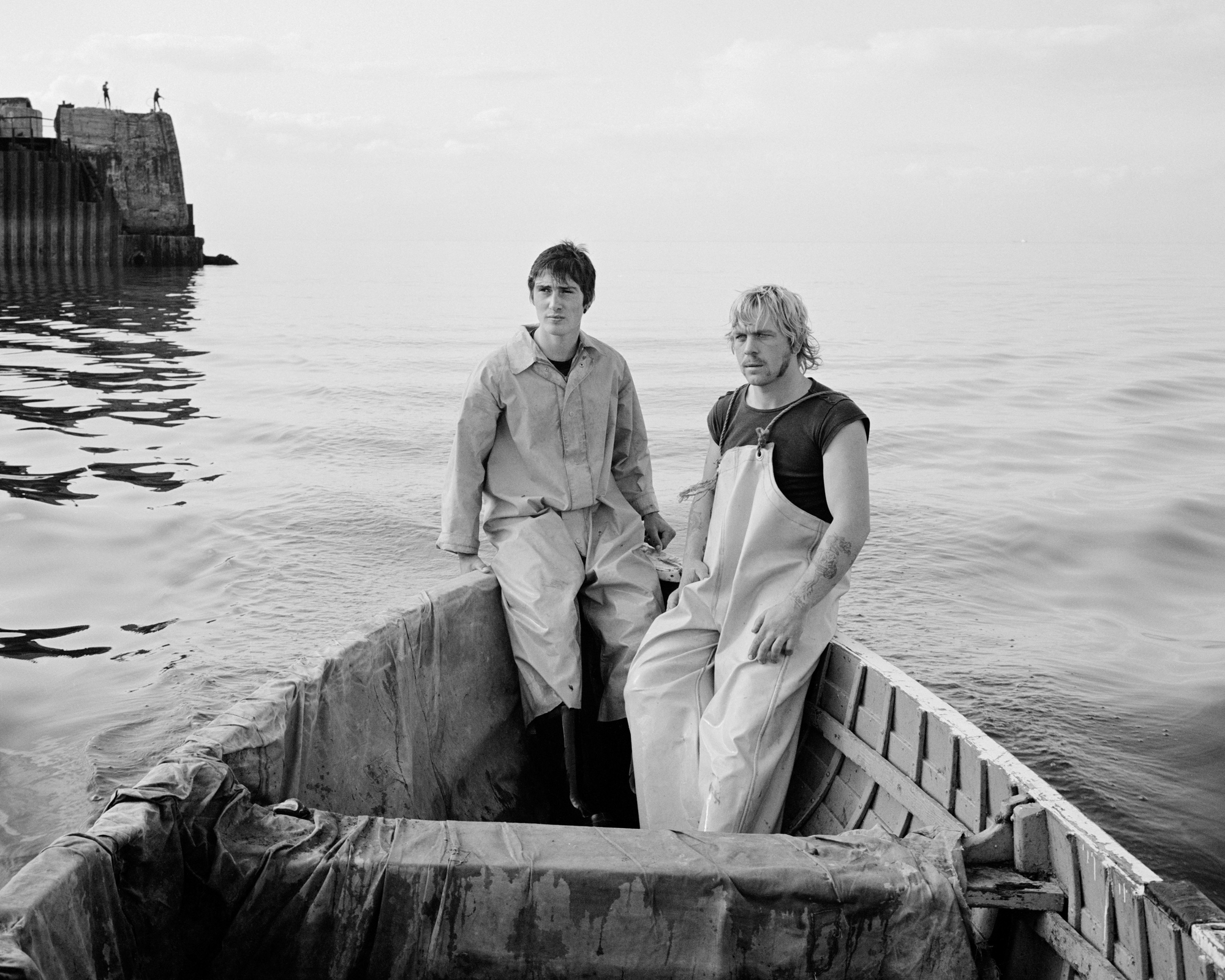 “A man who I didn’t recognise came into the bar, looked at me and said ‘what are you doing here?’. He asked me if I remembered him, and I said no – he was bigger than all of the others and quite bold looking, and it really worried me because I was certain I had never seen him before in my life,” Killip tells me.

Turns out he and the man in question, Trevor, had briefly met at the traveller’s Appleby Horse Fair while taking shelter from the rain.  “He bought me a drink, turned to the guys at the pub and said: ‘the photographer from the Isle of Man will be with me on the beach tomorrow from 8AM onwards, does anyone object?’. No one did.”

“It was very strange how I was allowed in – it had proved impossible for me to get entry into this place and now, because of a casual conversation with this guy who had obviously taken a liking to me, I had someone able to vouch for me.” 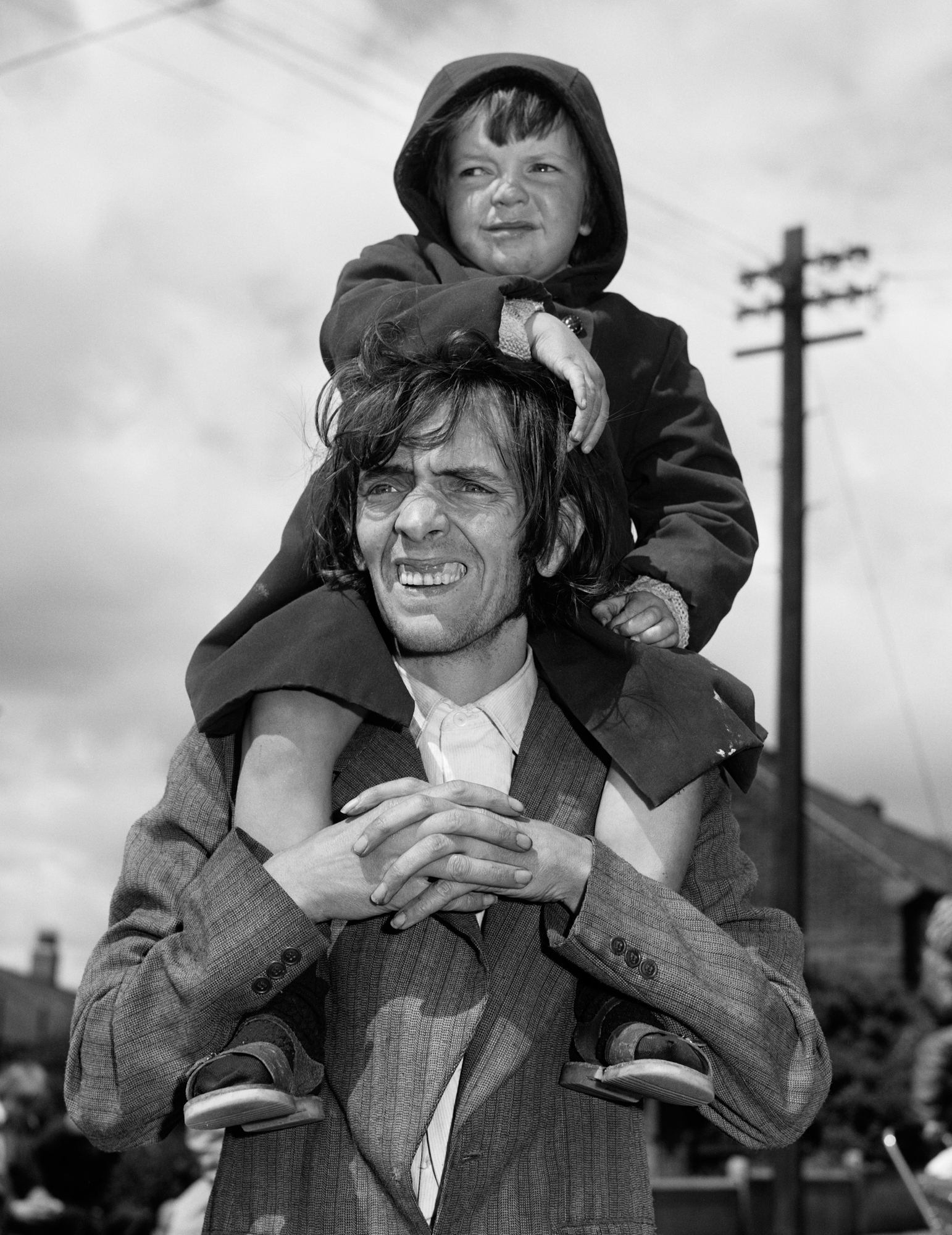 Killip proceeded to buy a caravan, living in the area for 18 months. This allowed him to actually get to know the community, helping him and portray his new neighbours in a way that was faithful to their reality.

A similar situation came about when he went moved on to photograph the village of Skinningrove, with a young fisherman Killip didn’t know continuously vouching for him. Again it was this relationship that allowed Killip to shoot their daily lives.

Unbeknownst to him at the time, Killip’s images were capturing the dismantling of the industries that were northern England’s lifeblood. These very industries provided thousands of jobs – steelworks, coal mining, ship building – the decimation of which has left scars in northern communities visible to this day.

“I knew that these industries wouldn’t last forever, but I didn’t realise they would all go so quickly,” he muses. “I don’t think anybody did.” 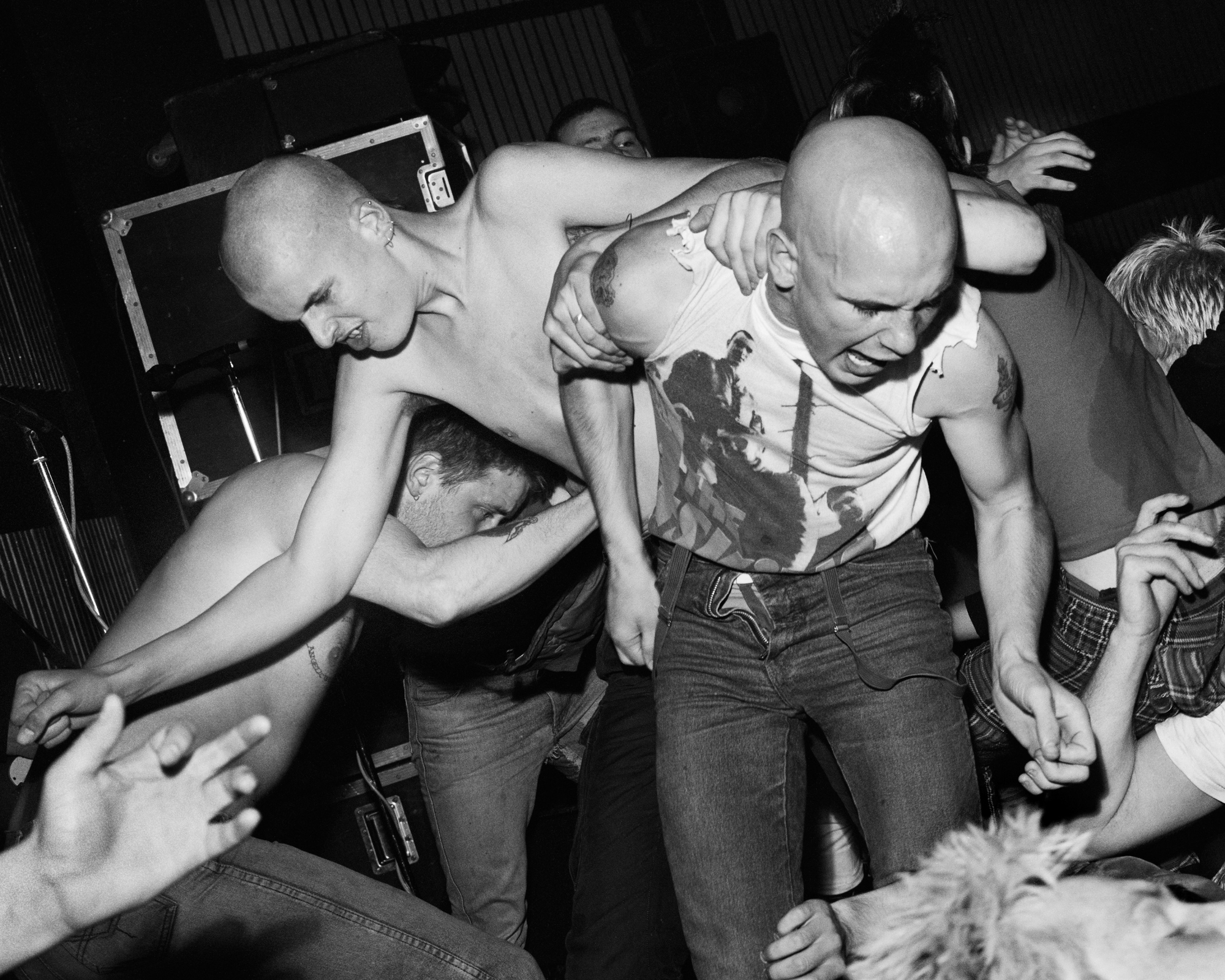 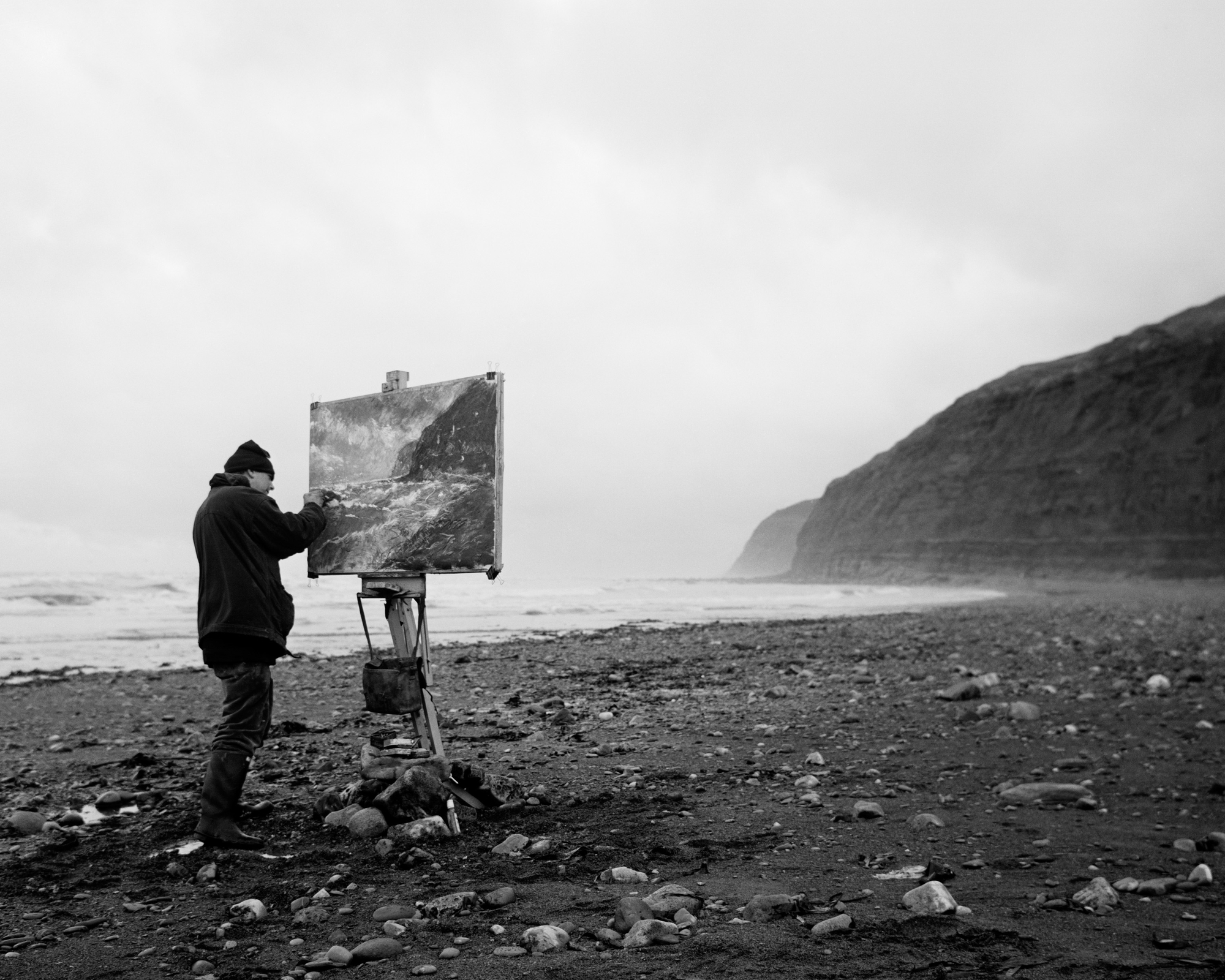 Having captured the zeitgeist of 1970s and 80s England, Killip’s pictures have been continuously pinned as portraits of the Thatcher years, a tag he has continuously tried to remove from his work. During the time of shooting In Flagrante, four different prime ministers came to power, all of which he made a point of naming in the newest edition of his book.

“What I’m trying to do is portion the blame equally and not do the simplistic thing and blame Mrs. Thatcher for everything,” he tells me. “The problem was way bigger than that.” 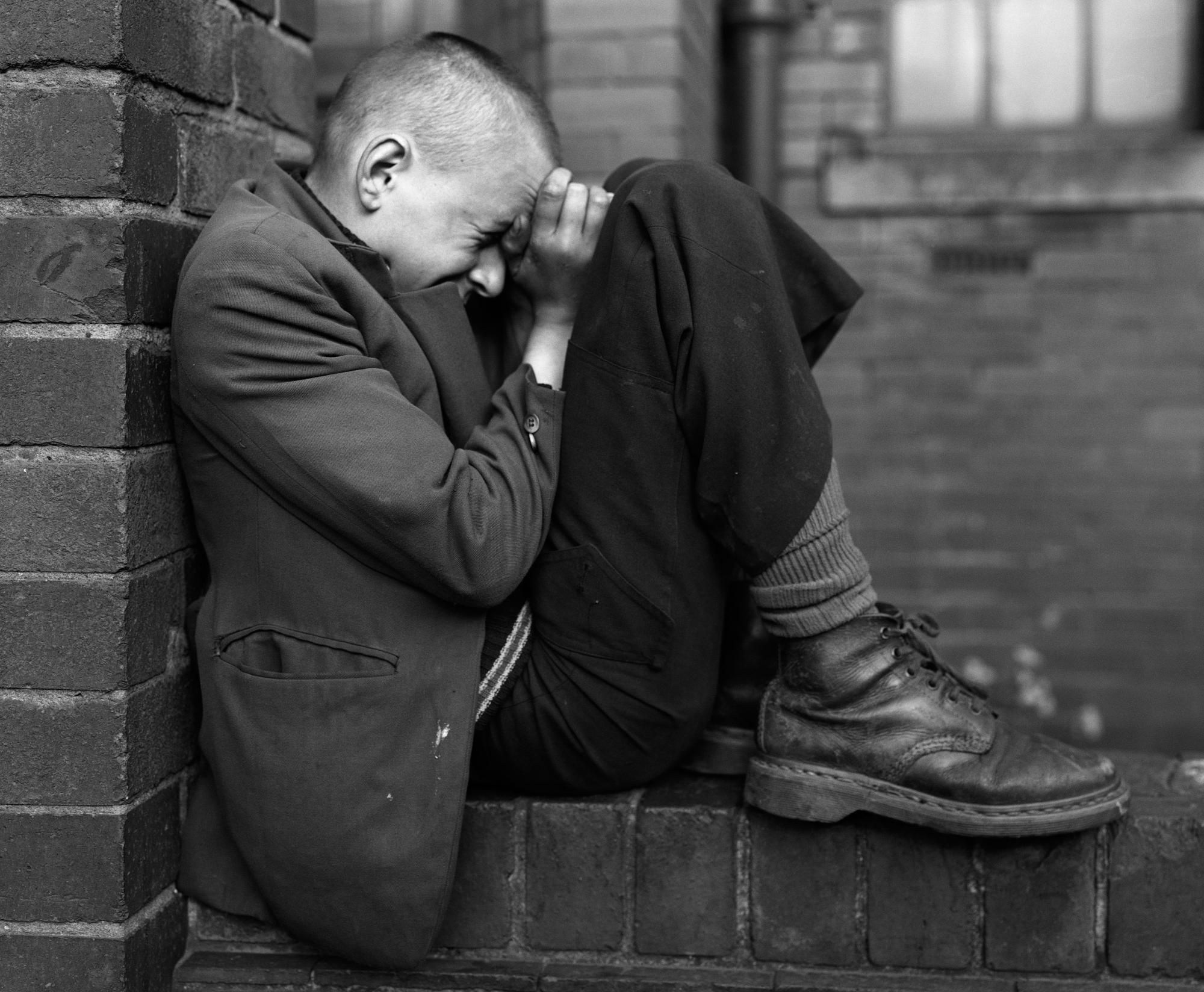 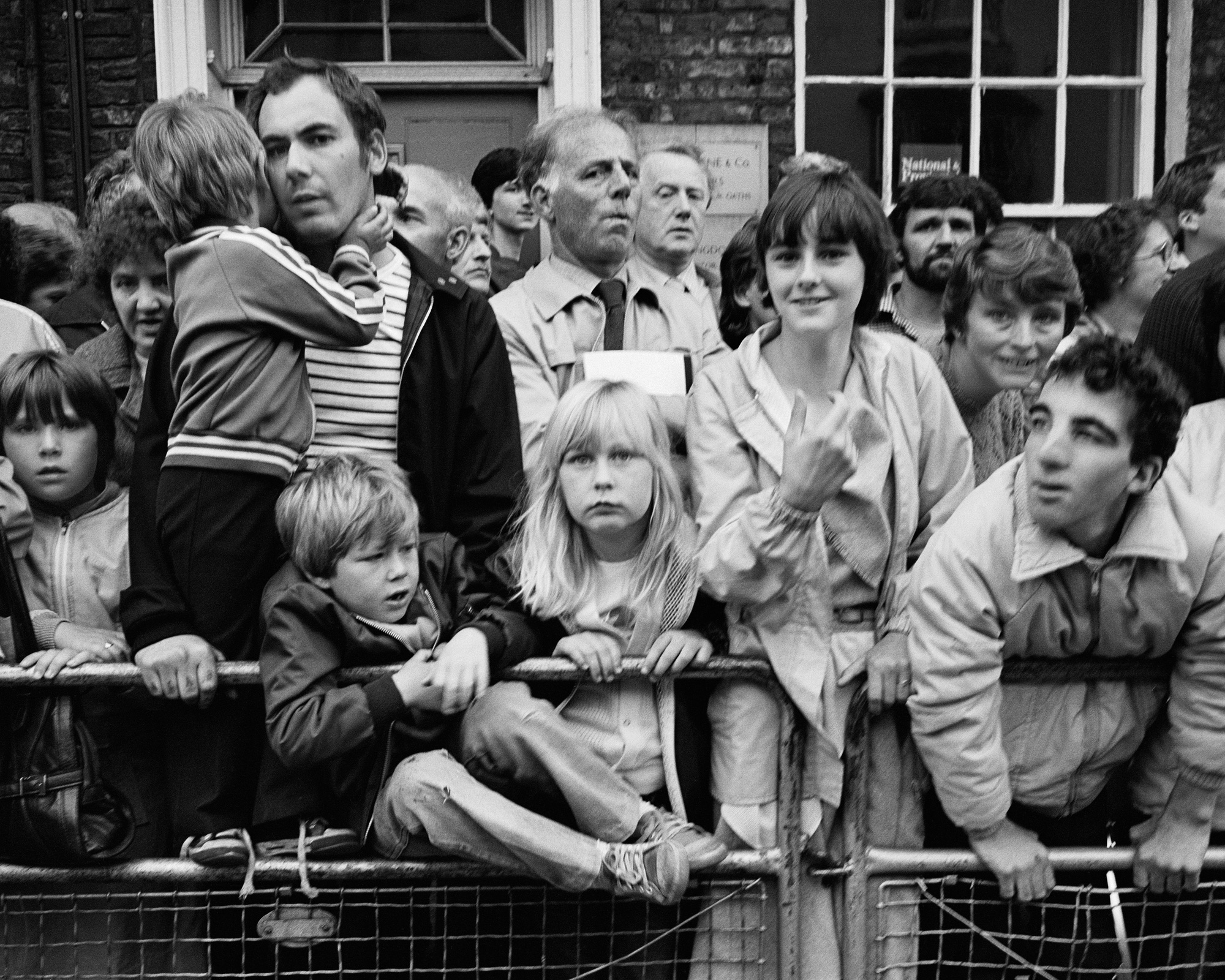 Looking back now the photos that stick out to Killip are the ones he shot while anxious, while nervous, something in his approach when on edge is evident in the work.

“I used film and with film you never knew what you actually got, so you always had a worry – did I have anything that was very good? I didn’t know. So I’d push myself further and harder because of my anxiety of what I might have and might not have. Digital takes that anxiety away, and I think it’s a problem because you can often stop short of what you could achieve if you had some anxiety attached to it.” 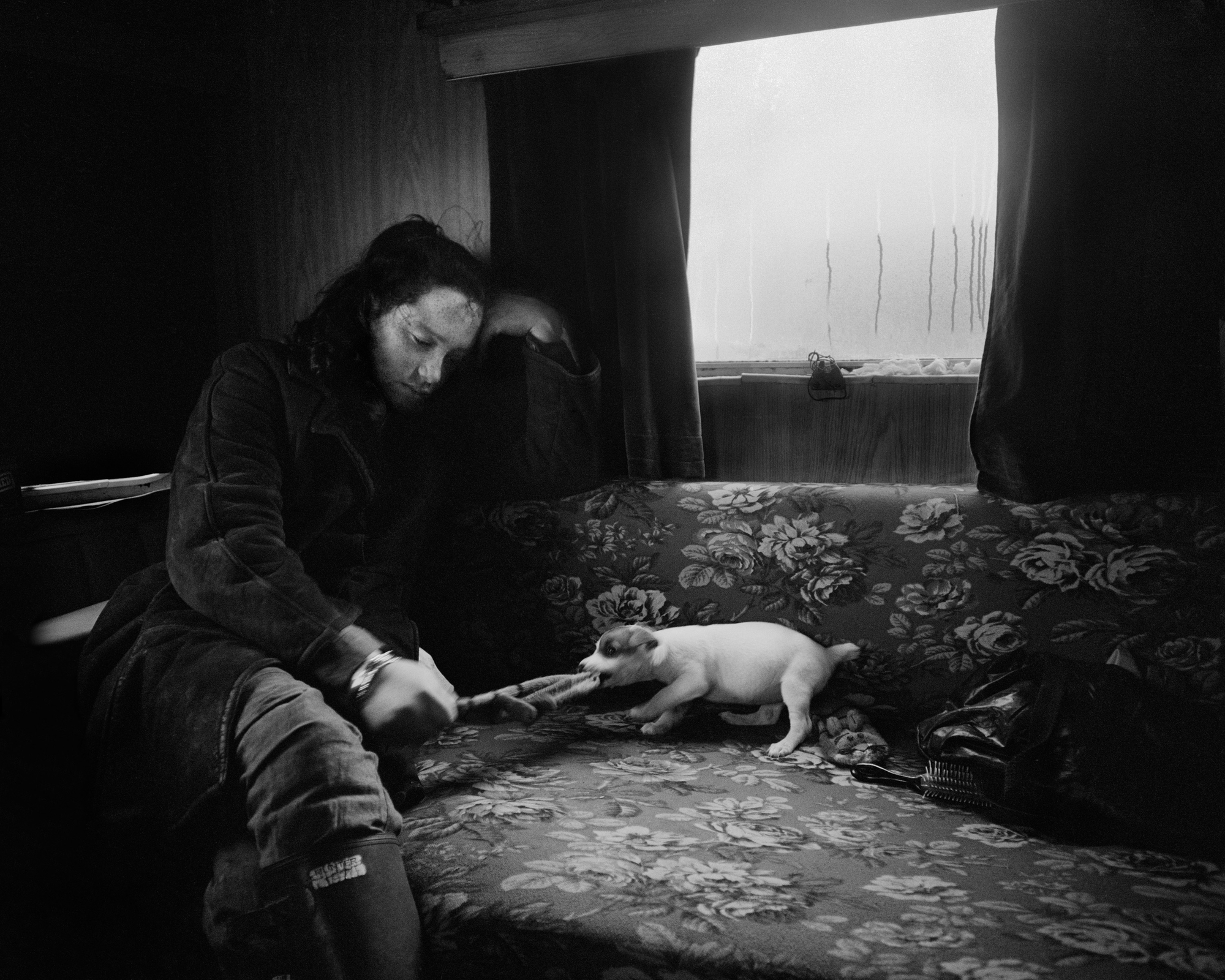 Right now, Killip lives in the United States and teaches at Harvard. Considering he dropped everything to follow a love of photography at a young age, so I ask if he has any advice for young photographers who are feeling insecure.

“I’m not a big believer in talent, but I’m a big believer in determination,” says Killip. “I notice with some of my students in Harvard that they’re very gifted, and they’re gifted at many things. That becomes a difficulty for them, because they don’t take anything since they can do it so easily. You notice sometimes the students who struggle, who really want to be good but find it difficult, are ultimately the ones who become the best at it, because it’s challenging them.”

“Don’t worry about talent. Find something you really care about.”

Linkedin
RELATED ARTICLES
OTHER ARTICLES
A new project is documenting formerly incarcerated people as they transition back into civilian life.
A group of young Palestinians have found temporary freedom in the act of parkour, reimagining wreckage and ruins as a series of high-octane playgrounds.
Ahead of the release of their first collaborative album, the producer and rapper talk psychedelics and the state of UK hip hop.
Sean Maung’s photos are a love letter to the Black and brown communities that make up New York.
Following the announcement of an 80% hike in the energy price cap from 1st October, crowds gathered outside the offices of energy regulator Ofgem to protest and declare their intention to undertake a payment strike.
Rhiannon Adam spent three months capturing an ageing society wracked by division, isolation, and the aftermath of scandal.