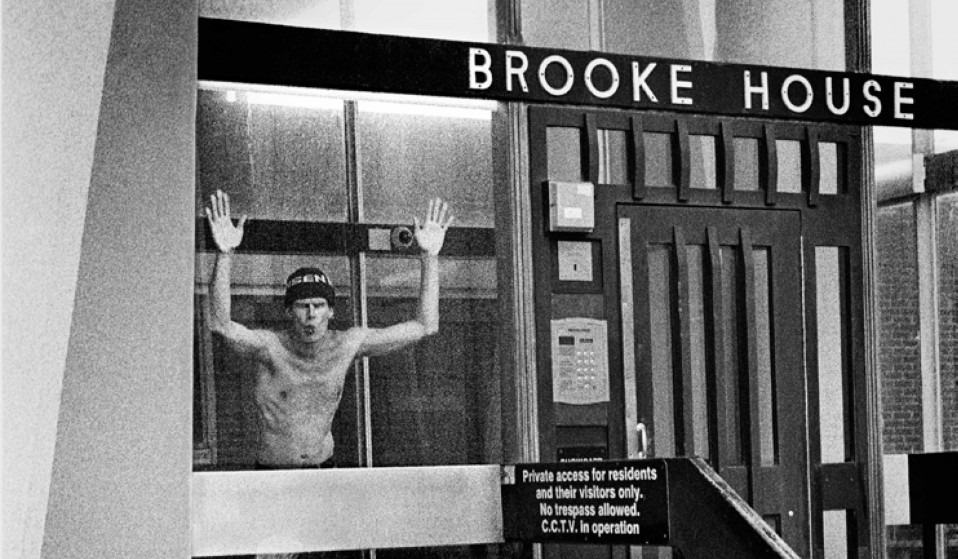 Photographer CJ Clarke presents a decade of photography and a short film on Basildon, a microcosm of white working-class Britain, at Huck’s 71a Gallery.

Photographer CJ Clarke presents a decade of photography and a short film on Basildon, a microcosm of white working-class Britain, at Huck’s 71a Gallery.

Brexit: what the fuck happened? Analysts, politicians, the media – they all got it wrong. Nobody saw it coming, except photographer CJ Clarke.

CJ has spent the last decade documenting his hometown of Basildon in Essex in an attempt to explore what it means to be white, middle-class and English. Basildon is more than CJ’s ‘remarkably unremarkable’ hometown, but the perfect test specimen to examine the state of the nation outside the capital: a culturally homogenous, statistically average new town built with a now long-faded optimism. Basildon is a microcosm of white working-class Britain. 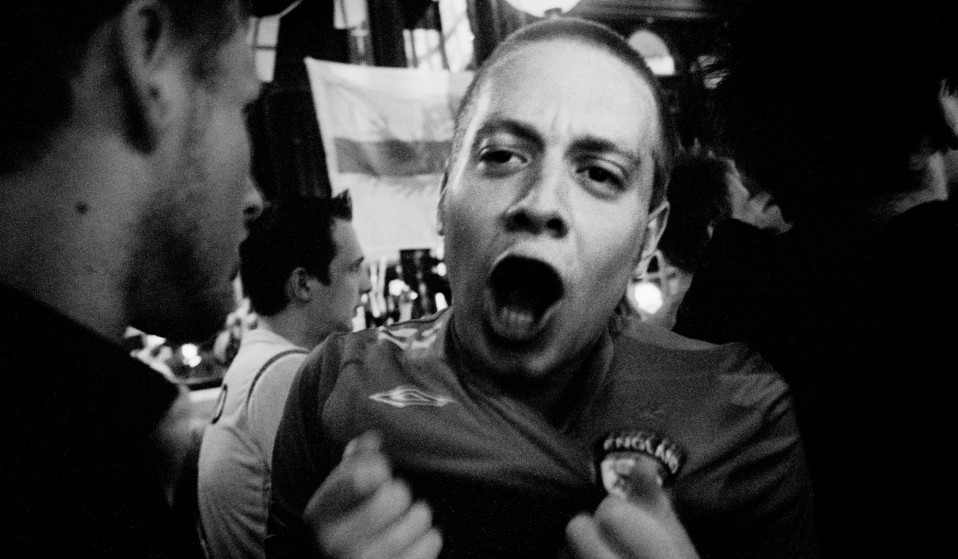 CJ’s new photo book Magic Party Place presents a decade of his photographs from Basildon – but it’s also a portrait of an England ill at ease with itself. His short film for Channel 4 News, made with journalist Paraic O’Brien, explores the Basildon CJ revealed in his photographs and investigates the small-town soul, the roots of Brexit, new town pioneers and a disconnected youth.

It was in Basildon that CJ witnessed the angst that manifested itself in the Brexit vote, years before anyone else took note. “Outside of our large cities, time moves slower, the pace of change, almost imperceptible,” CJ explains. “As I wrote in my essay in Huck’s Documentary Photography Special, “There are no radical breaks, no revolutions, no conflicts” in places like Basildon. Brexit is perhaps, a revolution of sorts, but one that very much fits in with the ruggedly individualist spirit to be found in a new-town like Basildon. 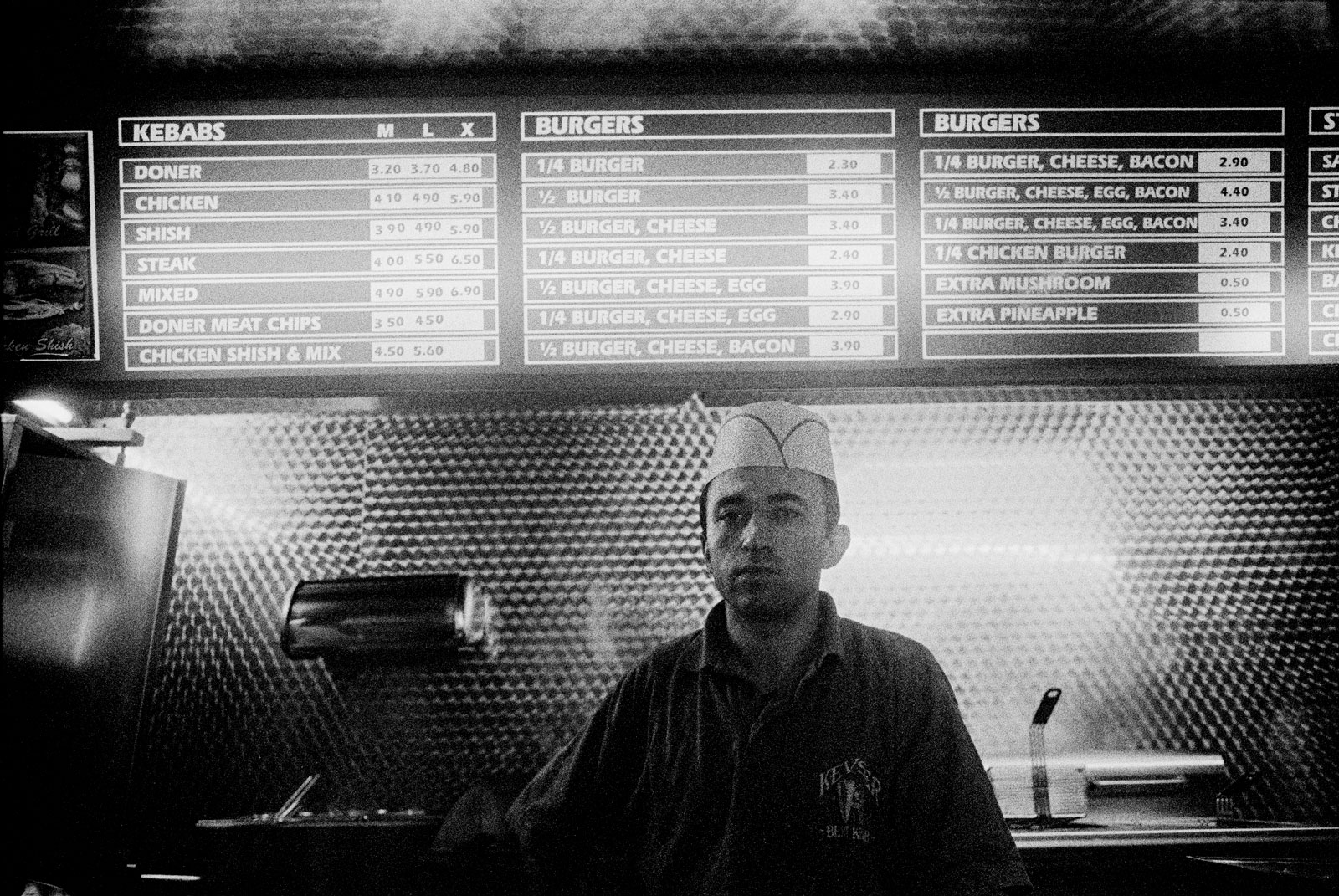 “As one of the people says in the film I recently made for Channel 4 News, ‘In Basildon you are free to be whom you want to be …’ and I think this fits in with a vote to leave the EU. This kind of spirit that we can make it on our own and we don’t need help from anyone else. Such a spirit is prevalent as much today as it was ten years ago when I started the project.”

On Monday December 19, CJ presents Magic Party Place, his short film on Basildon at Huck’s 71a Gallery in Shoreditch. He also joins Paraic O’Brien and Michael Fordham, an Essex boy and one of Huck’s founding editors who has written about popular culture for the last 25 years, in conversation, to talk Basildon, Britain and Brexit. 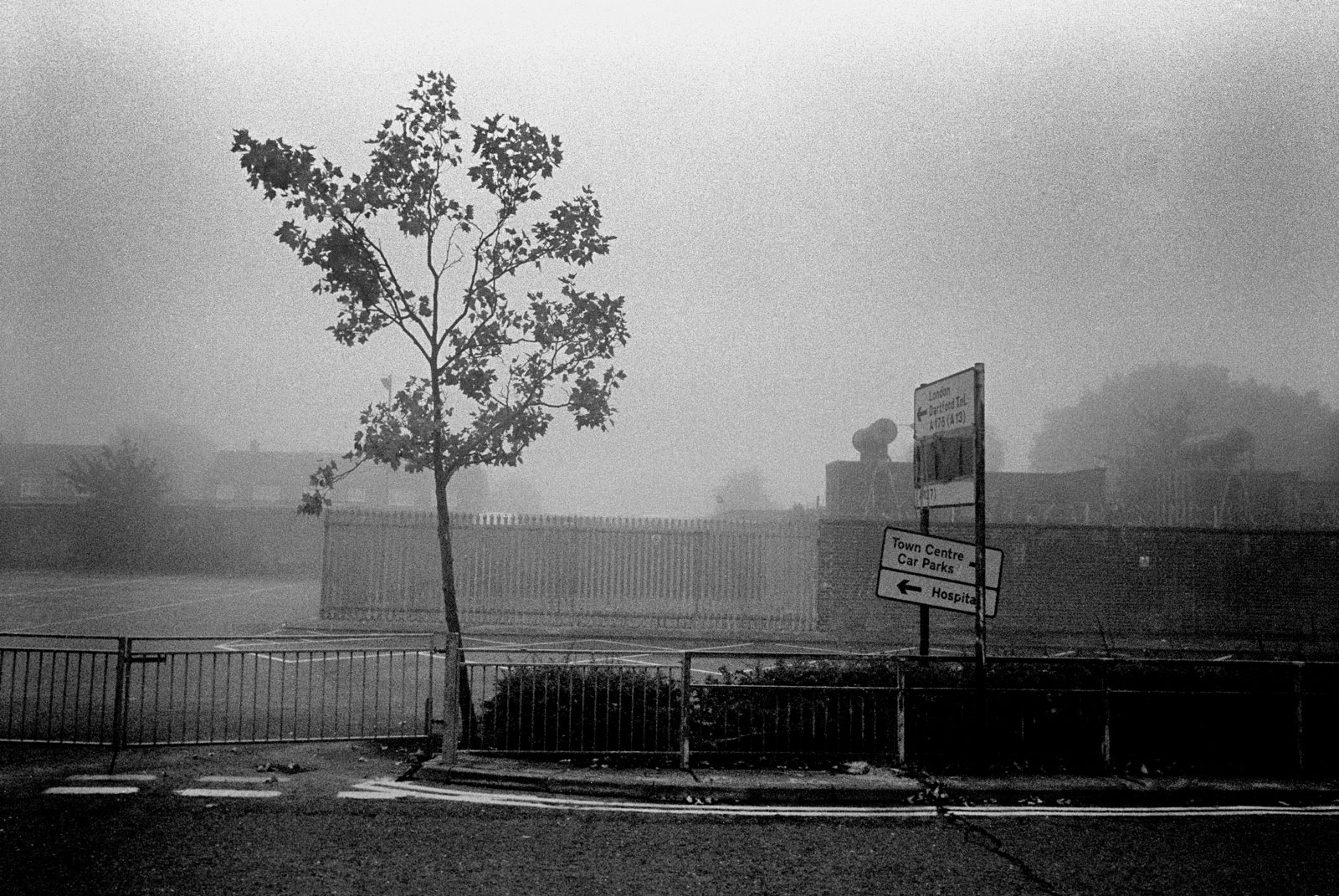 For CJ, his time looking at Basildon revealed how the political class’s greatest failure ver the past quarter century has been not addressing the concerns (real or perceived) of ordinary English people. This has lead to an ever-greater chasm between people on the streets and those in power. To fill this void, the seductive power of an imagined once-great England has grown stronger and been capitalised on by right-wing politicians, who have used immigration as a scapegoat for the country’s decline. CJ was left unsurprised when this discontent was expressed defiantly in the Brexit vote: a big middle finger to the political class. “If we are to believe a poll conducted prior to the Brexit vote, most people said they would vote ‘out’ because of immigration,” CJ says. “Whilst I think that there is a lot of truth to this, I think that the reality is much more complex.

“I was recently talking to the proprietor of a traditional pie and mash shop in Basildon who gave a compelling insight into the mood of ‘Basildon Man’ and Woman. She spoke a lot about “fairness” and how there is some lingering sense that the system, that politics – as it has been carried out in recent decades – is creating an environment where ordinary working people are getting the thin end of the wedge. 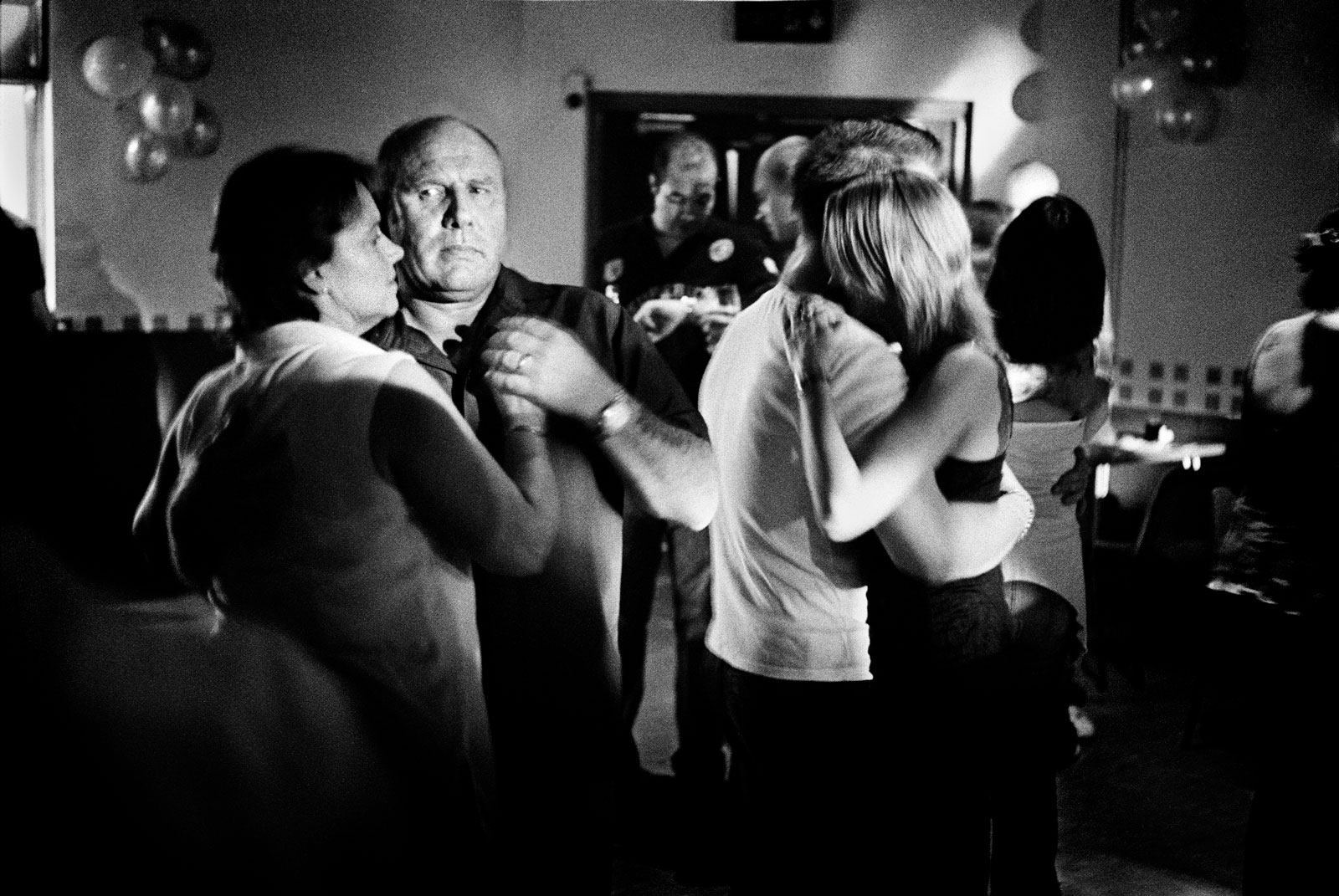 “To coin a phrase ‘things ain’t what they used to be’ and they are only going to get worse or, so the older generation, who voted in overwhelming numbers to leave the EU seem to think.”

Basildon has proven time and time again to be a bell-weather for the nation. CJ’s regular trips back to his hometown have helped him keep his finger on the pulse of the England’s mood. The insular mindset, captured in Margaret Thatcher’s famous statement that “There is no such thing as society,” and “people must look to themselves first”, has sunk deep roots in 21st-century England as civic identity crumbles – but most of all in new towns like Basildon. We’re consumers before anything else and the geography of Basildon and similar towns reflects this, with housing estates clustered around central shopping districts. 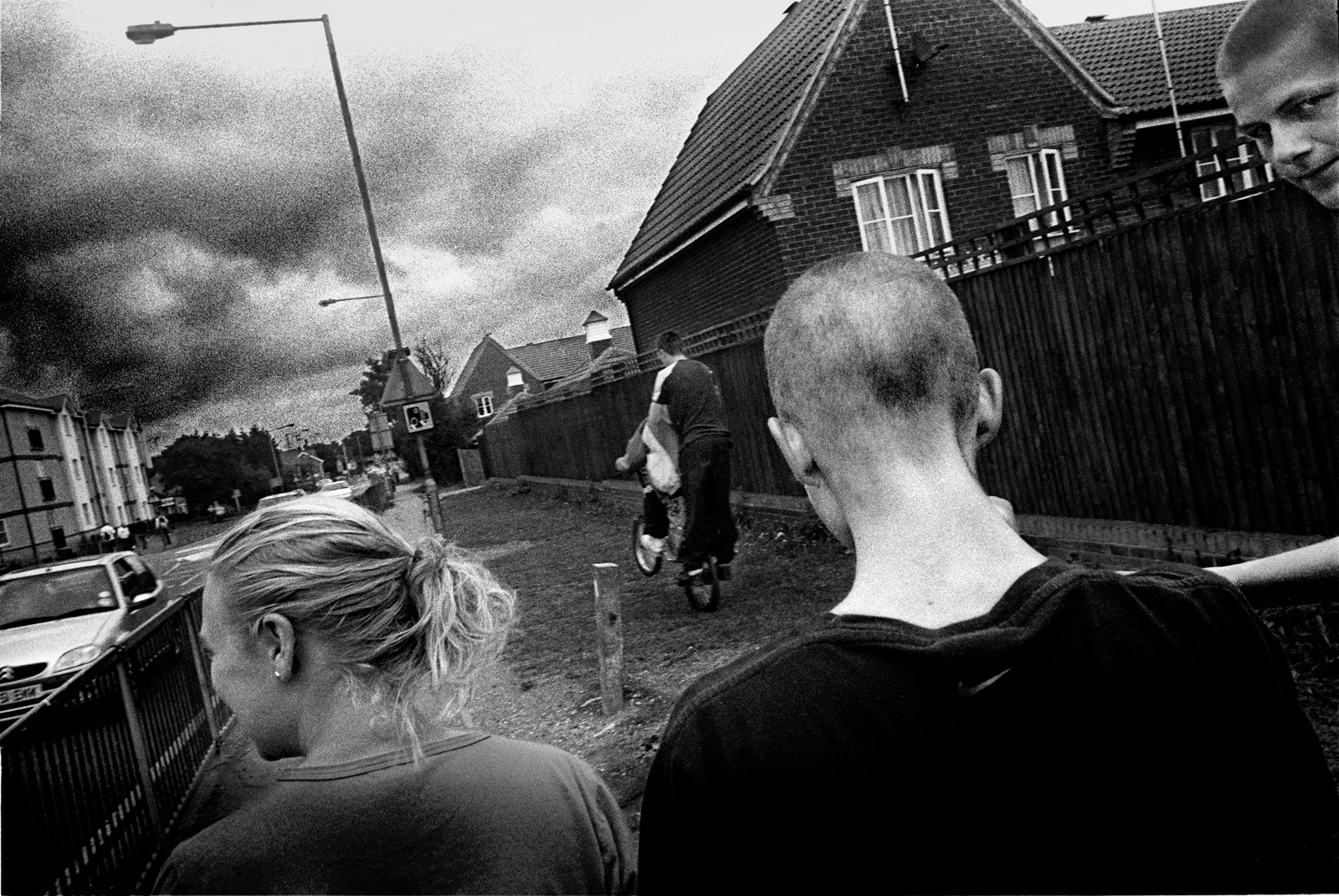 Bursting from the debilitating sense of disconnection that towns like Basildon create in those who grow up and live in them, CJ argues we can read the Brexit vote as a yearning for a new way of doing things.

“There was certainly a strong feeling that voting to leave the EU would be a vote for something different – and in a typically English way – that it can’t be any worse than what we have had,” CJ says. “Talking to people here and there, was this strong sense that people had been let down by the efforts of local and national government and that there weren’t really delivering for ‘ordinary’ people. In that sense, a vote for Brexit was a vote for change, a vote for a new way of doing politics and would result in a somehow fairer system.”

Join CJ in discussion to talk about Brexit, what it means and where it came from, at Huck’s 71a Gallery on Monday December 19 from 7pm. He will be showing photographs from Magic Party Place and screening his Channel 4 News short film on Basildon. Please RSVP to cj@cjclarke.com

Reddit
RELATED ARTICLES
OTHER ARTICLES
The city has changed immeasurably during the coronavirus crisis, with the future more uncertain than ever.
Campuses across the country have closed in response to the coronavirus crisis – but what about the students who have been left behind?
In their latest project, A Glittering Eye, photographers Courtney Asztalos and Michael W. Hicks capture a lavish world on the brink of collapse.
Photographer Giles Duley examines the impact COVID-19 will have on refugee camps, where conditions are already barely livable.
Brazil’s former vice-presidential candidate Sonia Guajajara calls for urgent environmental action amid the existential threat posed by the coronavirus.
The New York rapper pushed hip hop into bold new realms. He lived through a dark time – but with one hand on the mic, he survived to tell the tale.