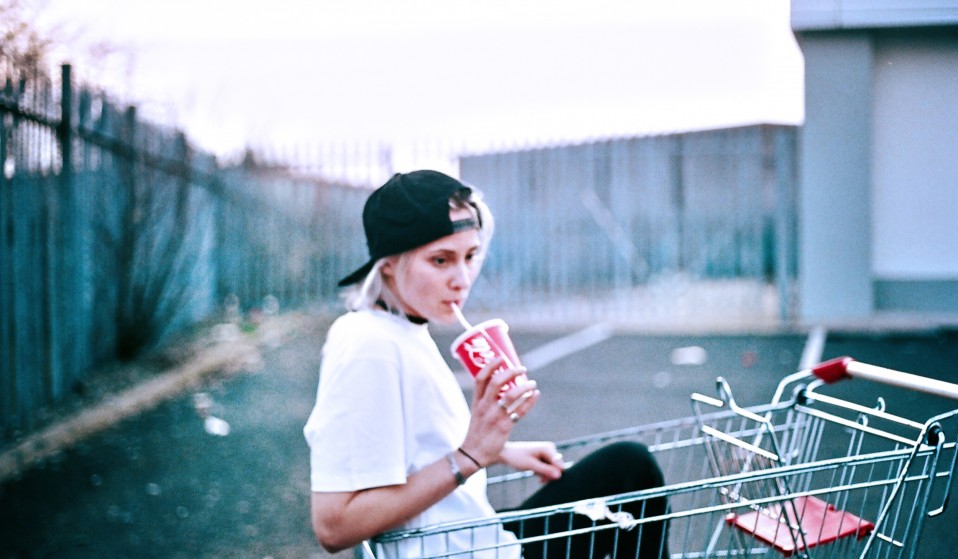 Growing up in Derry, Northern Ireland, photographer Megan Doherty would often dream about escaping her “dull and draining” small town, to the bustling metropolises she saw in movies. “I’ve always had a thing for big cities,” she says, “places where anything can happen and that are full of adventure. Coming from a small town, you don’t have that freedom, you just get stuck in this place.”

Megan Doherty’s photography pulls a veil of fiction and fantasy over the mundane realities of Derry, where she lives. The imaginary world she creates in her images owes more to the cinema than small town life. She paints the picture of a vibrant teenage underworld in her ongoing series Stoned in Melanchol. From its genesis in the frustrations of teenage boredom, Megan has built an imagined youth subculture that excites our own hunger for escapism. 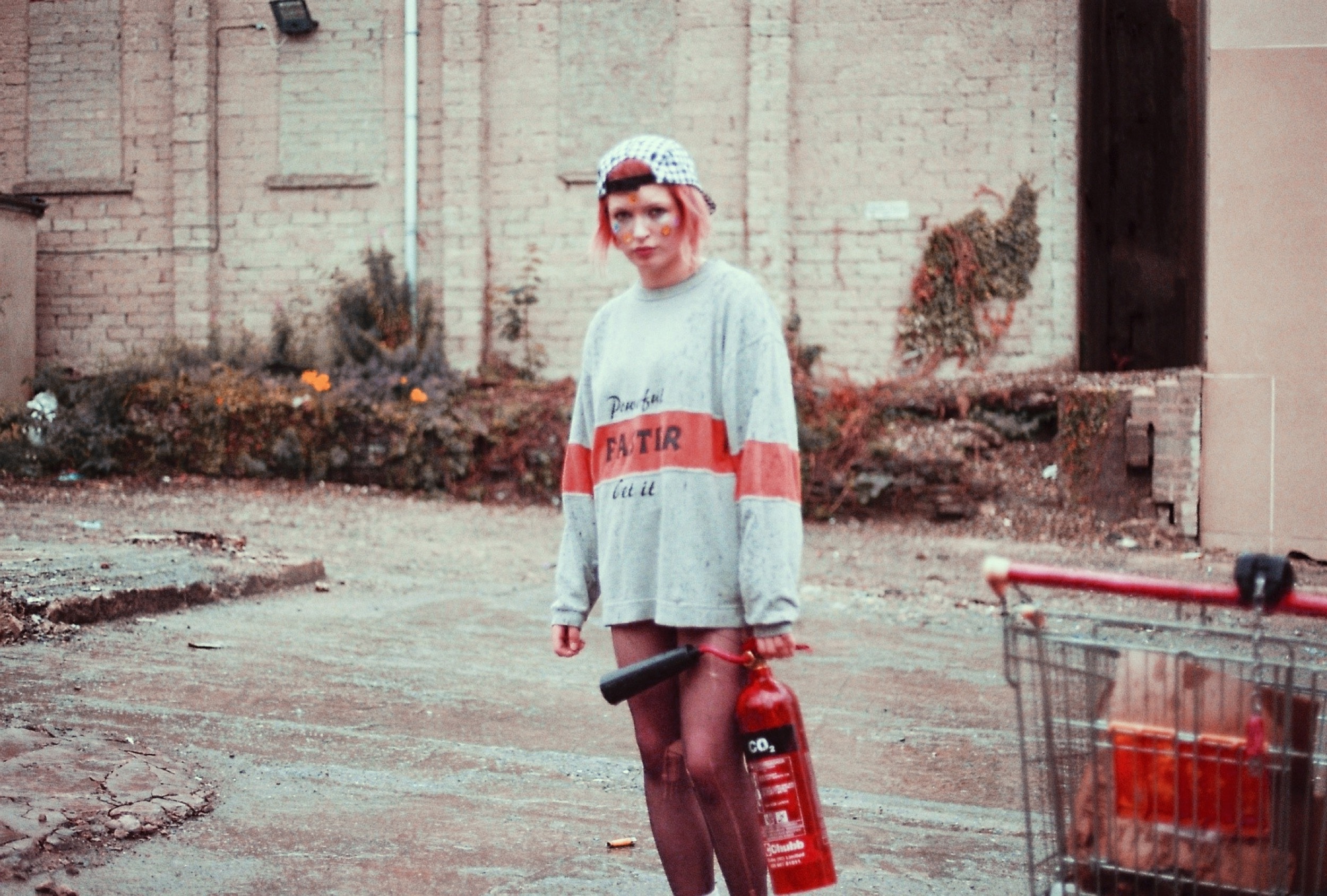 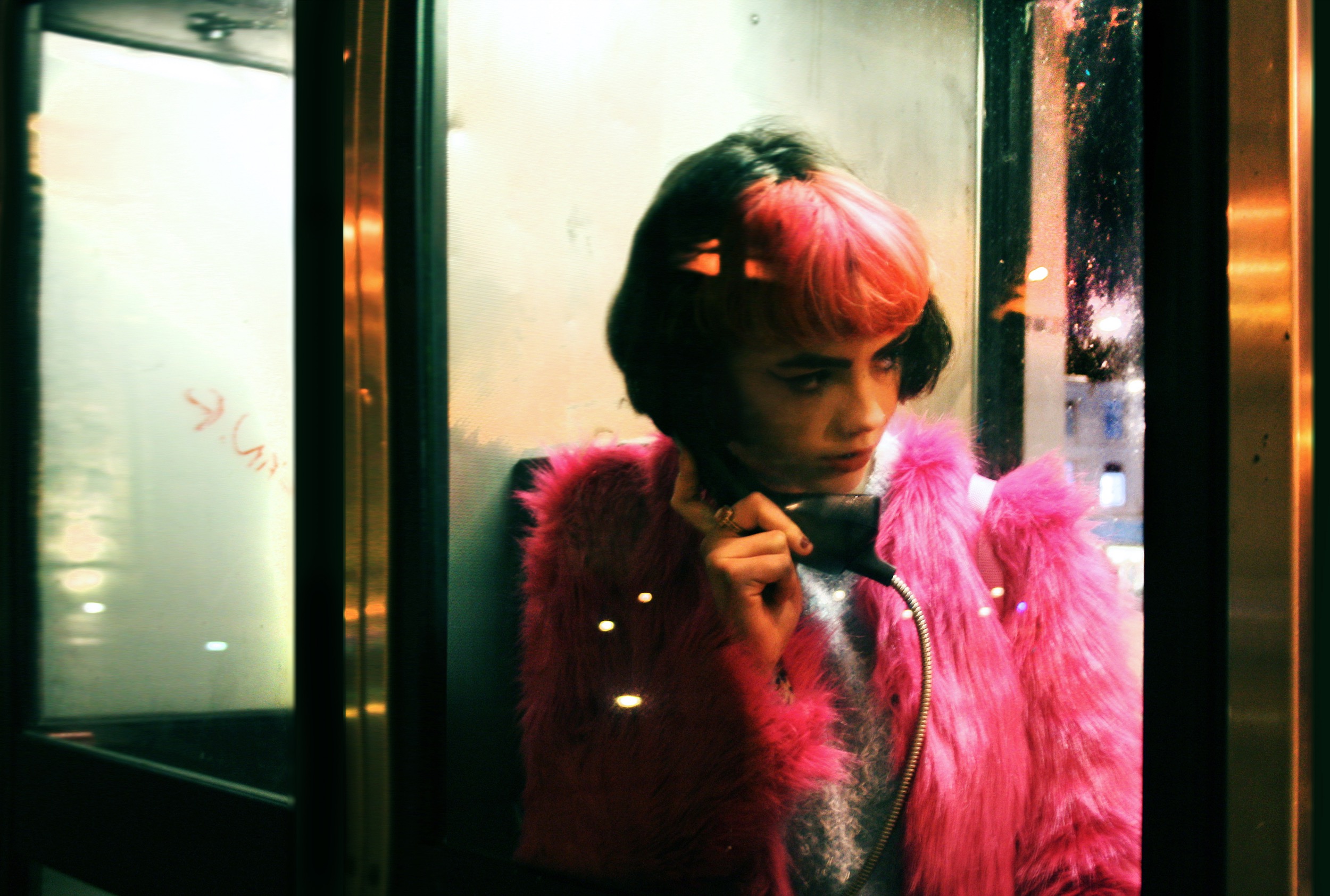 “There’s nothing in Derry except bars and streets,” Megan says. “No one really does anything artistic, so me and my friends would just be hanging about. It wore me down.”

From an early age, Megan had a powerful desire to transcend the limits of her surroundings through creating more exciting realities in her art or short stories. When she discovered photography, she found the most evocative medium yet to translate her fantasies into a new artistic reality. 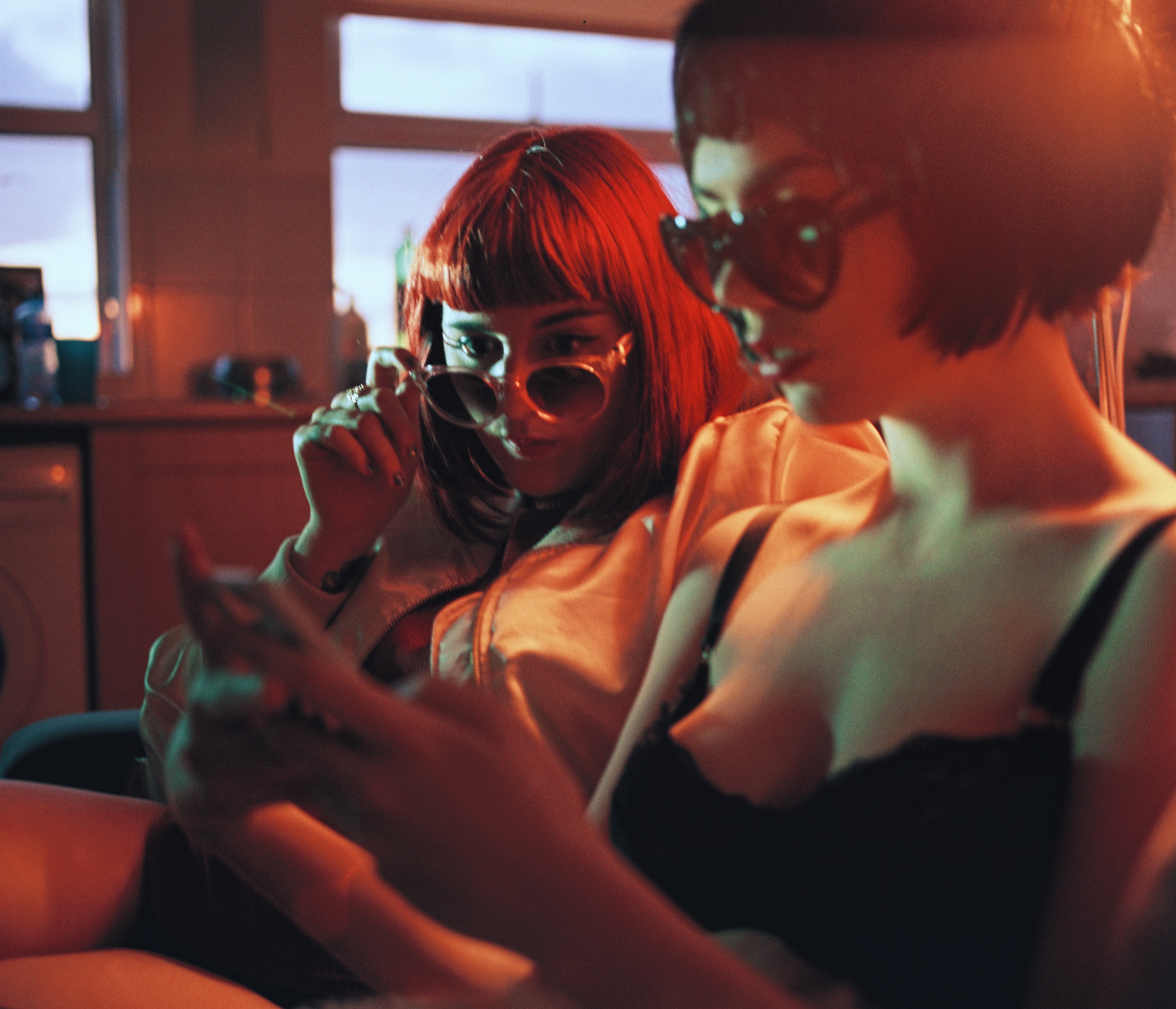 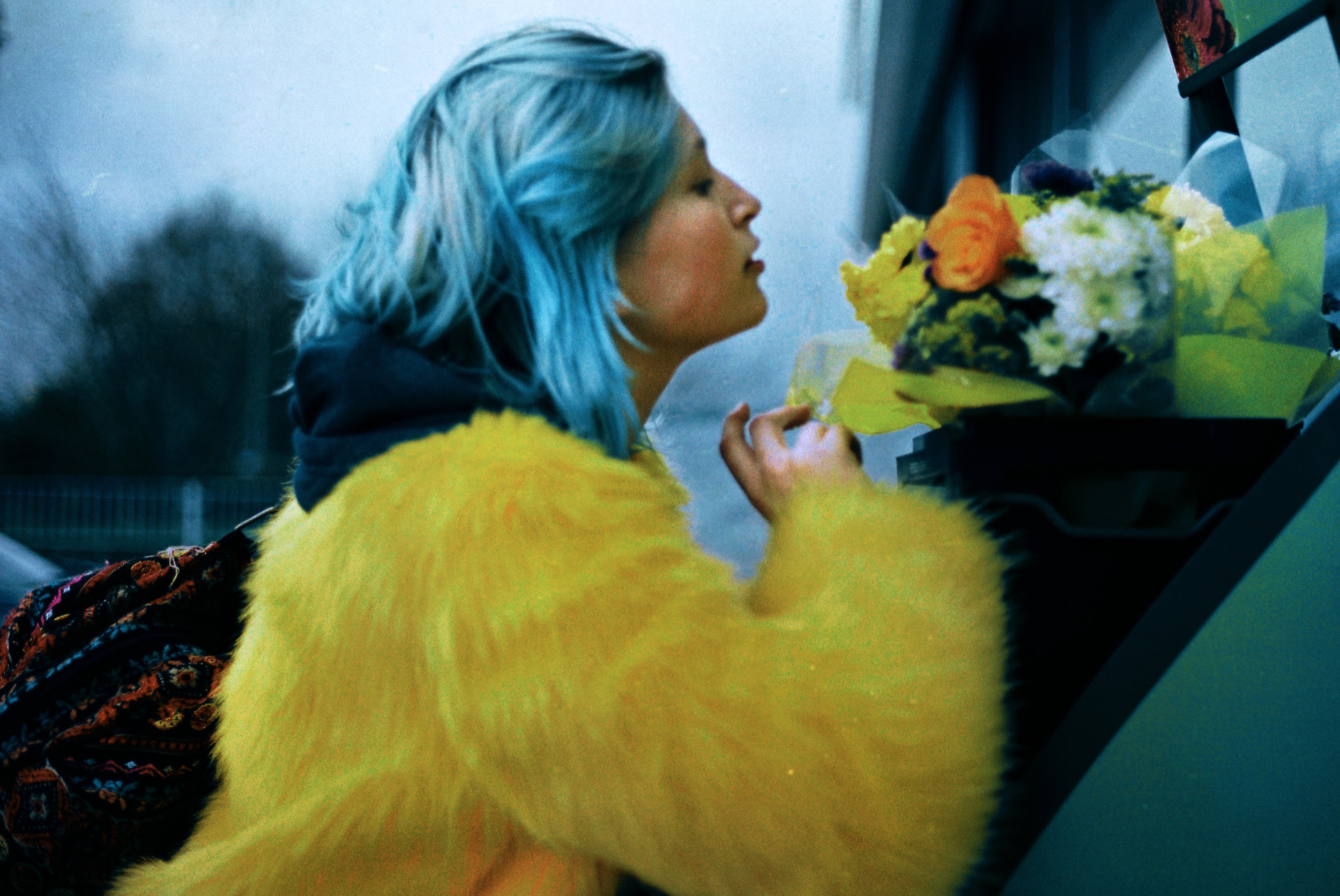 “When I picked up a camera one day,” she explains, “I realised I could start putting what I saw in films and in my head into images. It let us turn ourselves into characters. I would have these ideas of the kind of life that I wanted and I would use my friends as the characters within a scene and build upon it that way.”

Photography allowed her to construct an enthralling dream world, Stoned in Melanchol, where rain-covered roads and fading bars transformed into the glittering cities she had always dreamed of. The characters she developed with her friends turned their boredom into an alluring teen subculture, with all the possibility missing from their everyday lives. 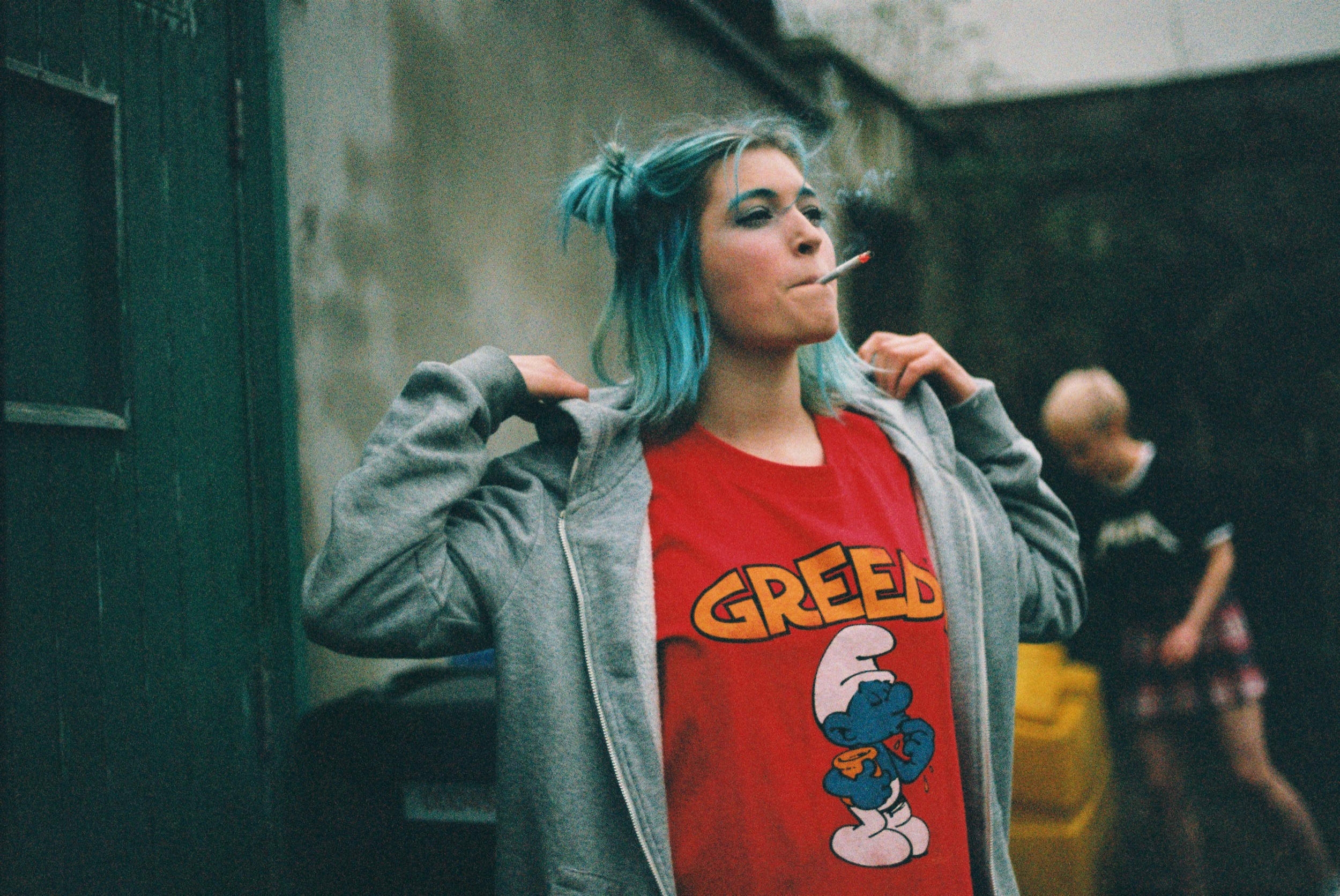 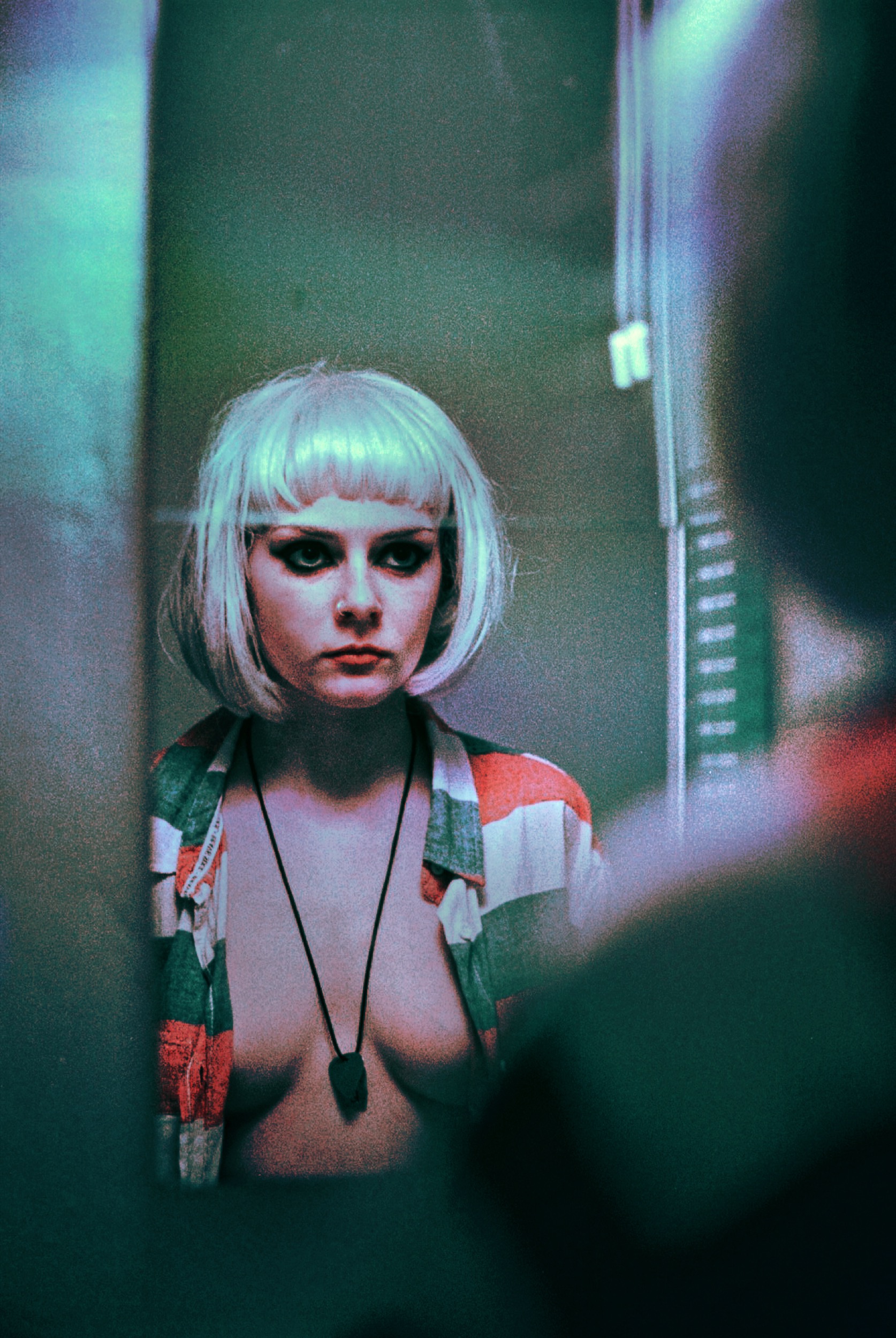 “‘Melanchol’ is a play on words, I wanted to turn the adjective ‘melancholy’ into a real place,” she says. “I’ve turned my reality into something more. To me it was another world, a world where you can do anything. It’s my own and it has its own subculture that can’t really fit into the real world I live in at the minute. It is a day in the life of Derry because not much is happening, but the aesthetic brought to the still image puts across so much more emotion. Derry being so dull and devoid of life, I’m trying to flip that on its head and give it meaning.”

The series invites the viewer to get lost in the same way that Megan and her friends do as they write new chapters in the story. A rich dreaminess and sense of possibility comes through in each image and awakes a longing for what we all wish our often boring teenage years could have been more of the time. 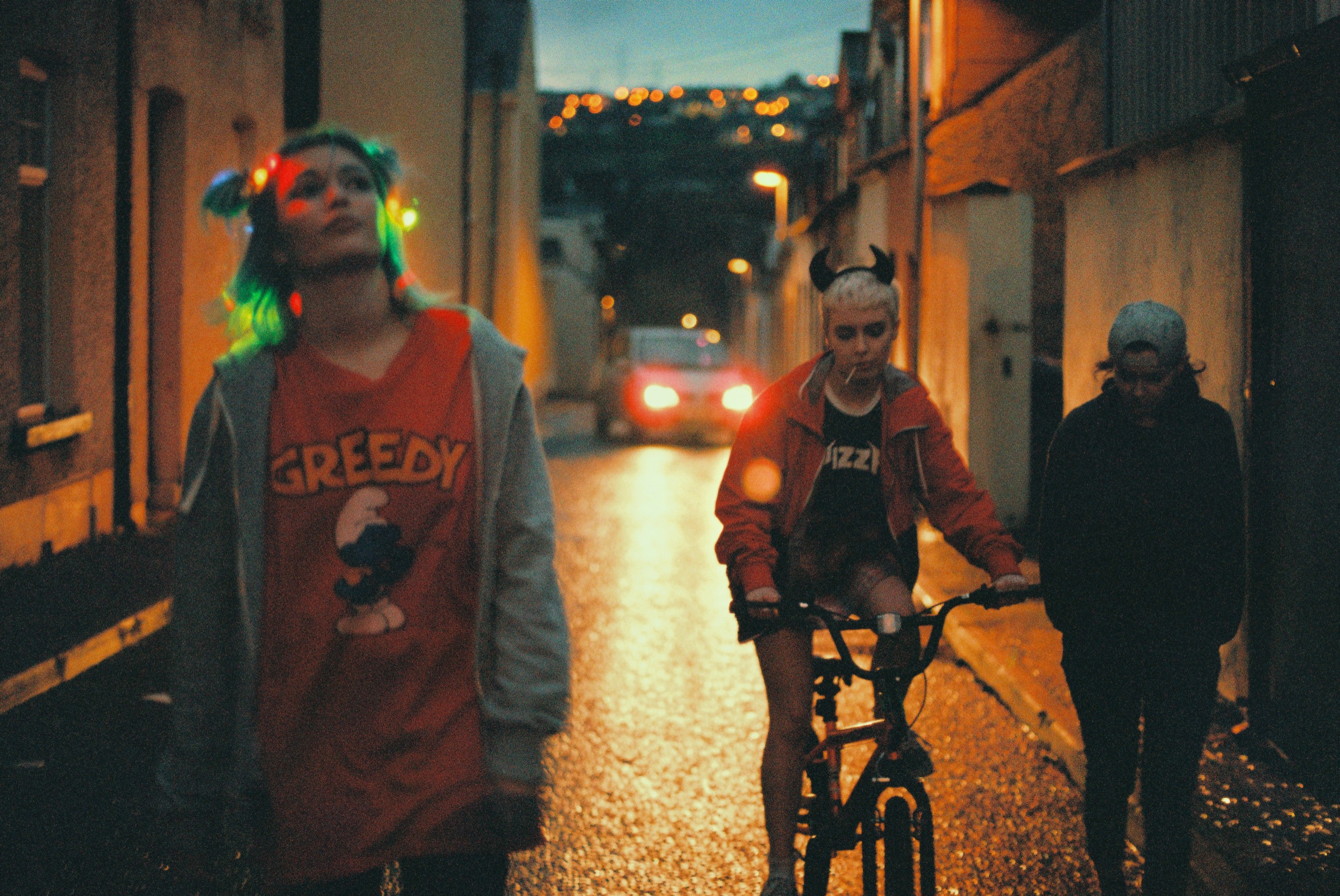 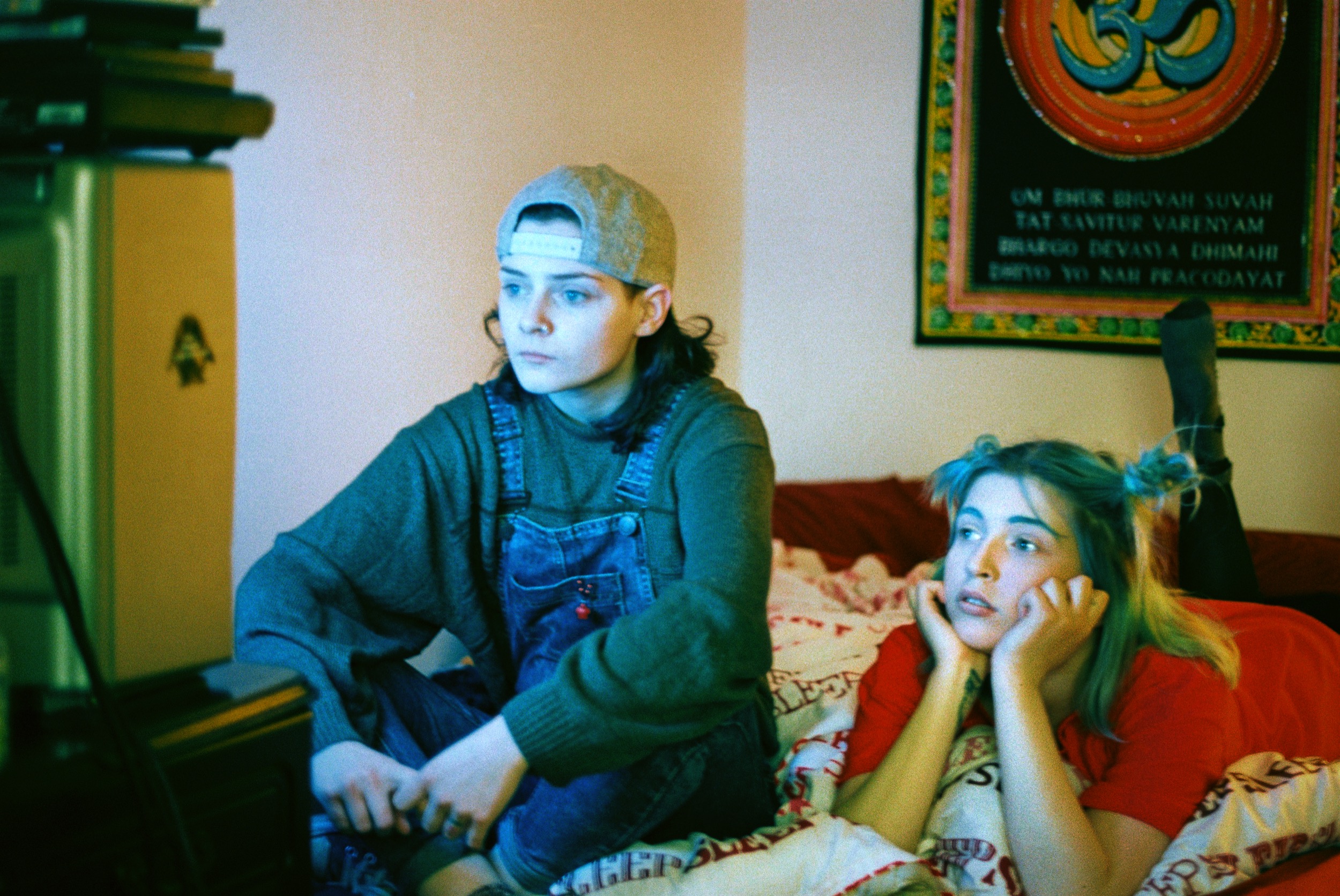 But with a camera in hand, is there ever an excuse to be bored? “No, because with a camera you can put your vision on to everyday life,” Megan explains. “You can change what you see in front of you and project something in your mind on to the world around you. It depends on how you look at the world, but for me, I have always embraced this idea of escape. There’s a world in my head that have to try and put into reality. If you have that need for fantasy, you’ll be able to do it too.” 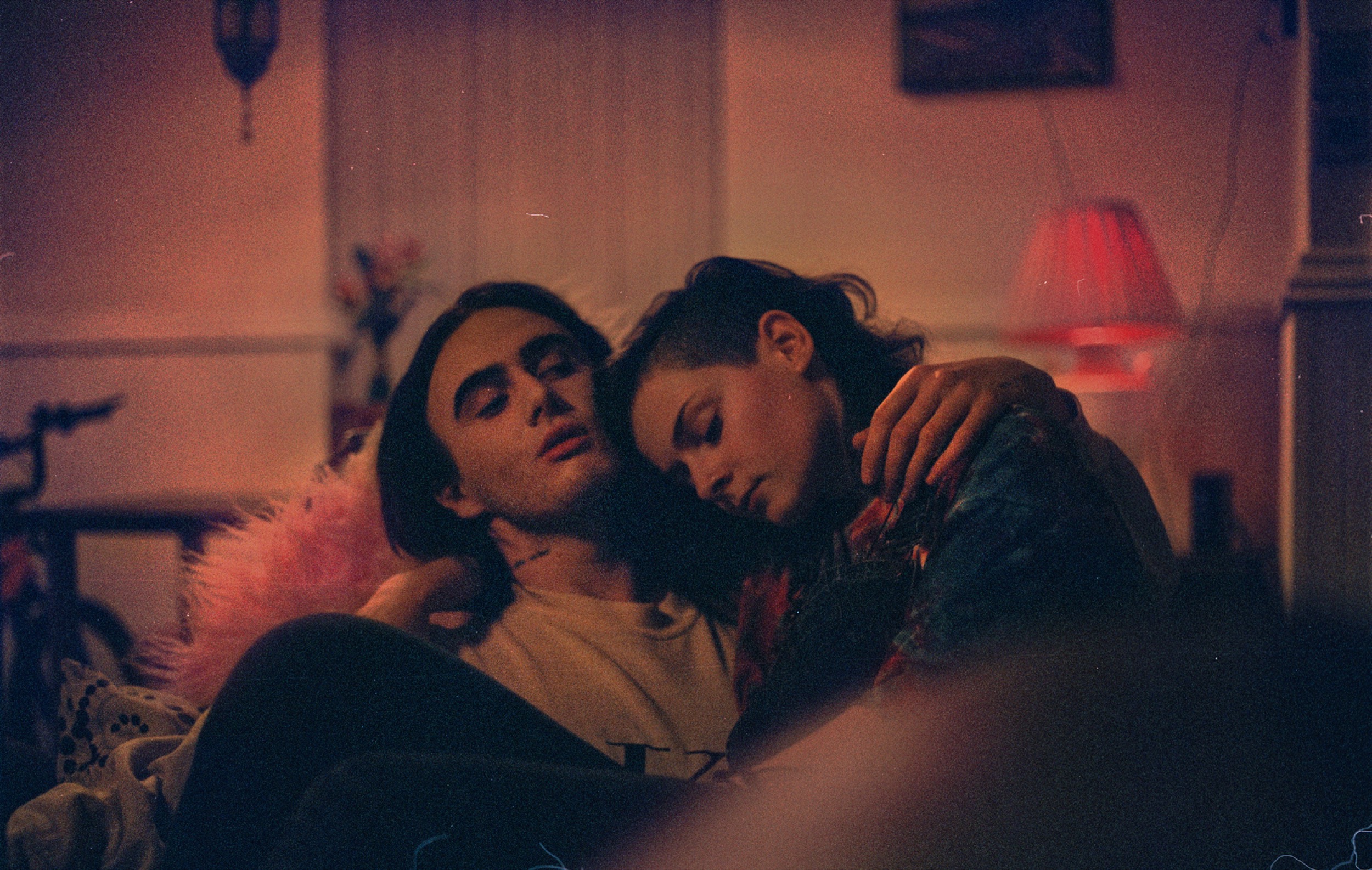 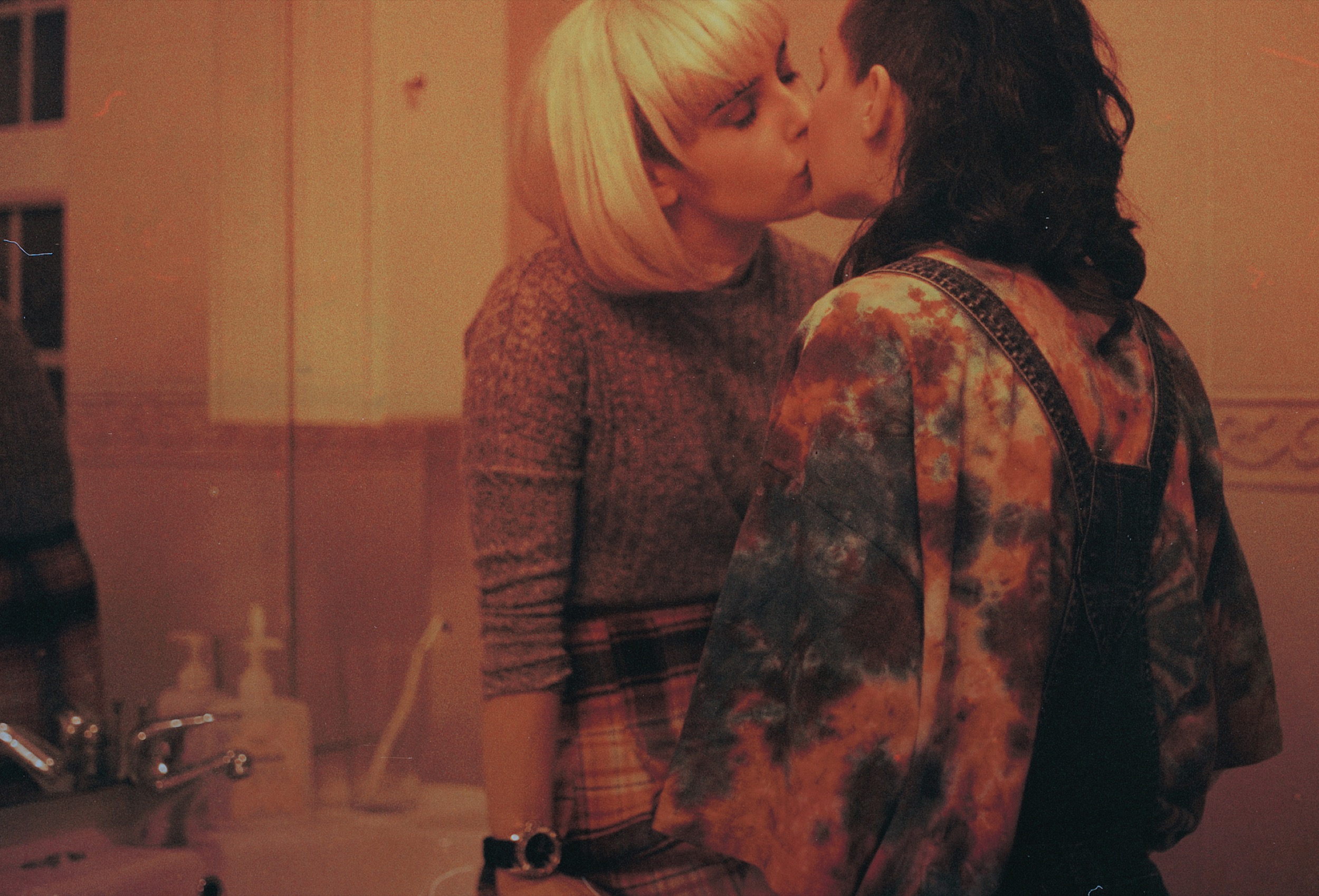 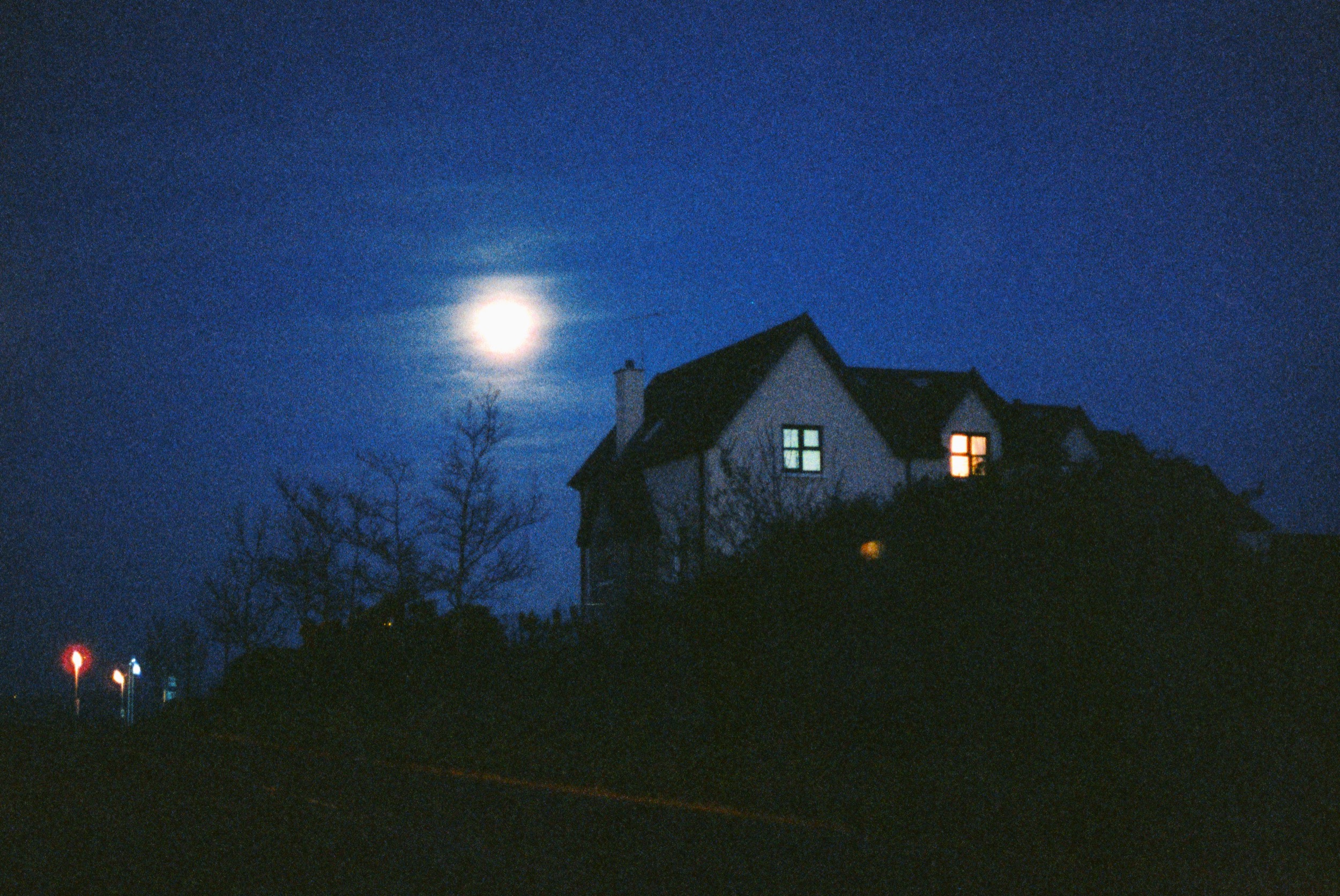 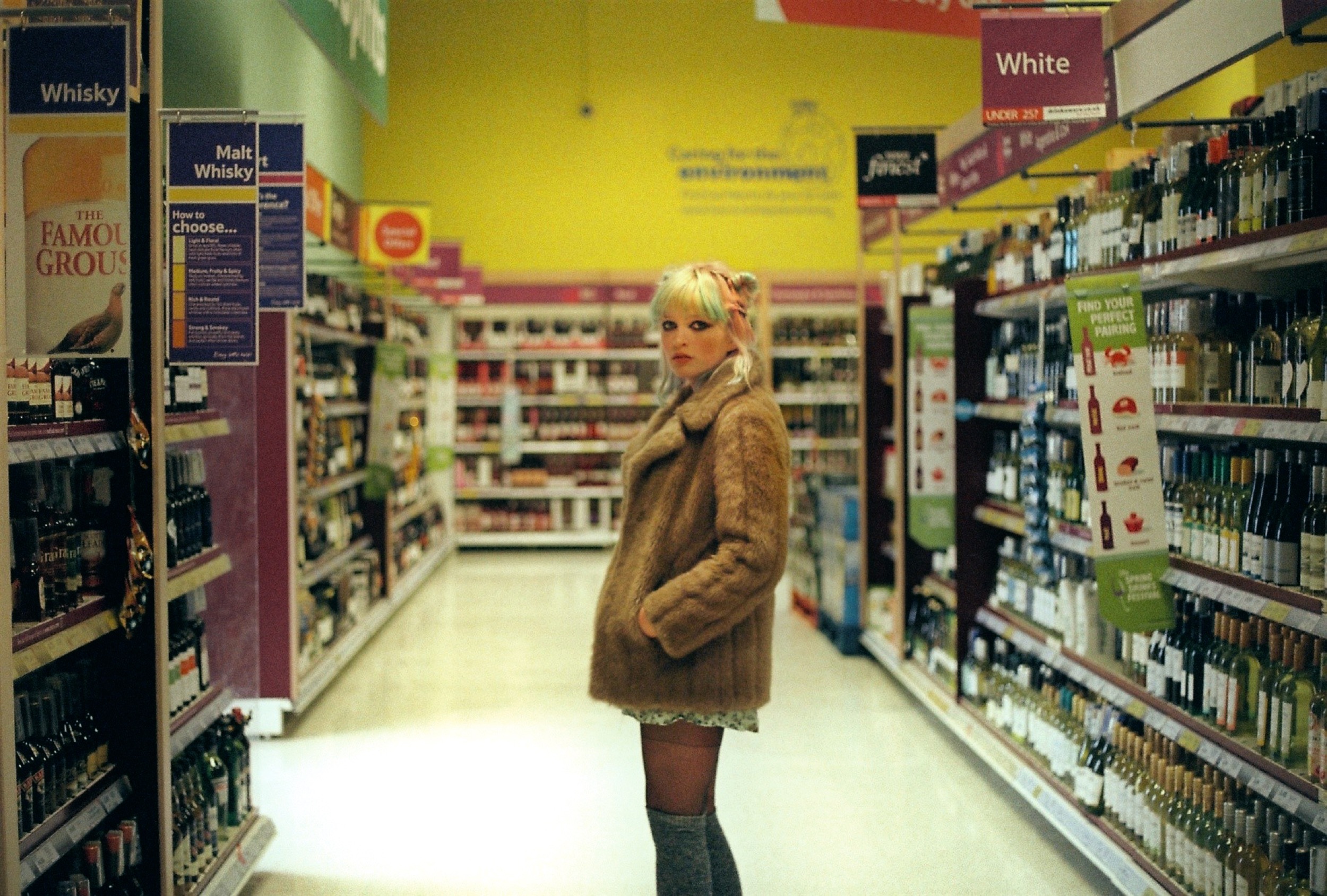 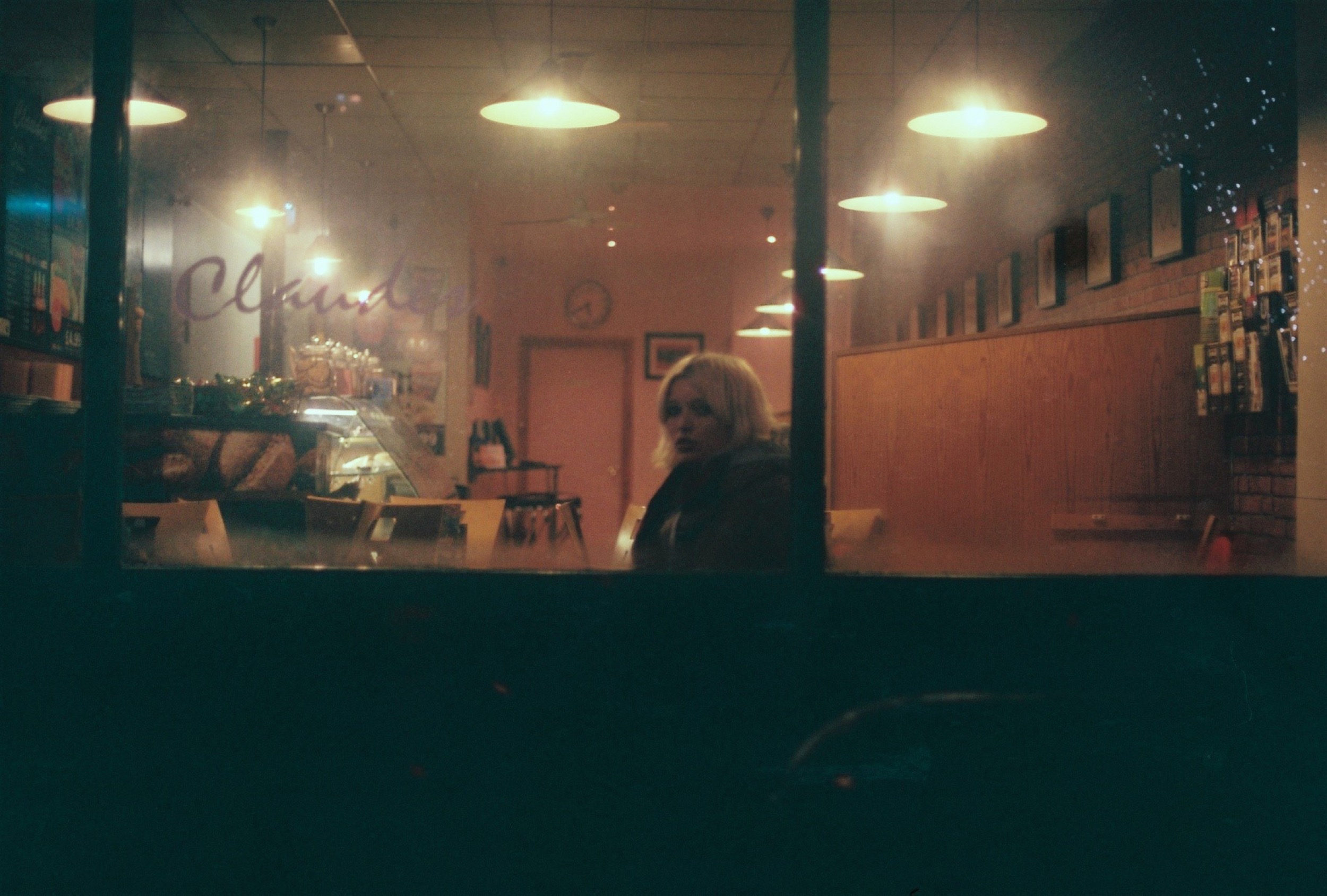 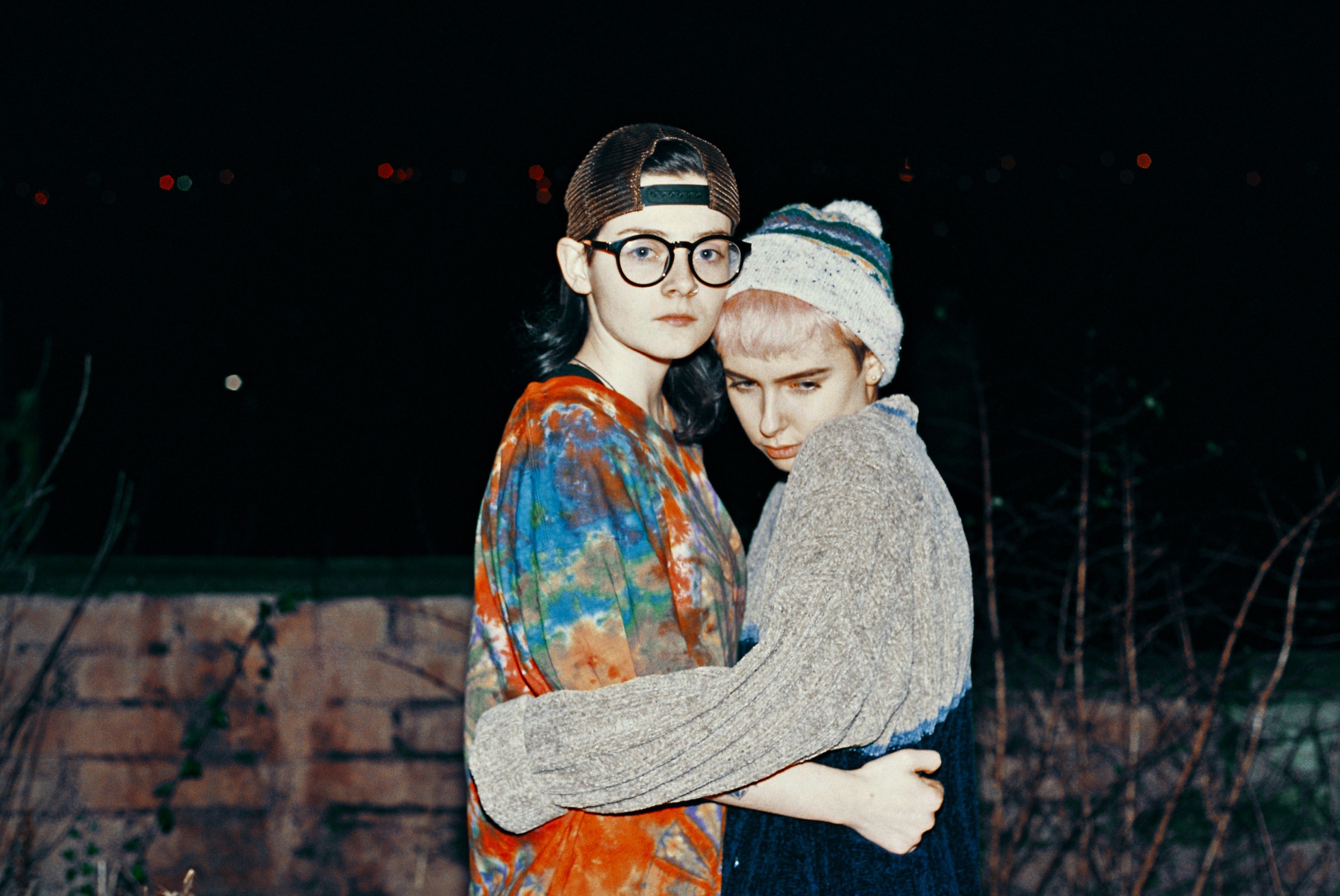 Megan Doherty will be showing part of Stoned in Melanchol at Loose at Doomed Gallery, Tuesday November 8, 6-9.

Linkedin
RELATED ARTICLES
OTHER ARTICLES
Whether it's partygate, the climate crisis or the spiralling cost of living, the fightback begins on the picket lines writes Tommy Vickerstaff
In the latest instalment of Photographers in Conversation, the chronicler of raves, protests and beyond explains why he’s drawn to such specifically visceral environments.
Writers Gracie Mae Bradley and Luke de Noronha take on the callousness of borders, arguing for a world beyond them.
A new edition of a seminal book brings together iconic images of the band onstage in their full glory and backstage in moments of unguarded camaraderie.
50 years since its inception, and the campaign calling for recognition that capitalism depends on domestic labour is as pertinent as ever.
The curators of a new exhibition are hoping to shed light on Plymouth’s vibrant but often overlooked nightlife.