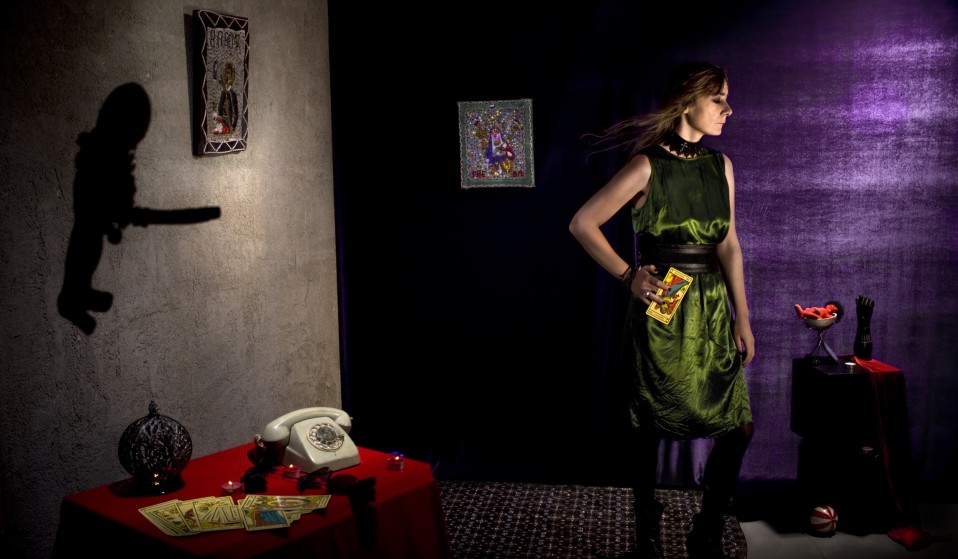 Cristina de Middel willingly plays with fact, fiction and storytelling. But her games with reality are all about finding grains of truth in a world of lies.

Photographer Cristina de Middel willingly plays with fact, fiction and storytelling. But her games with reality are all about helping her audience find grains of truth in a world of lies.

We live in a world where facts just don’t matter as much as they once did. Reality is a malleable construct, increasingly stretched beyond all recognition by politicians, the media and by us, in our personal lives, to fit the needs of the moment.

But confronting these lies with good old hard evidence – telling Emperor Trump that he’s stark-bollock naked, suspended in an aura of make-believe, for example – doesn’t seem to change anything any more. We’re so cynical about everything we see and everything we read that we’re happy to discard it all as pure propaganda… unless it’s convenient for us to believe, of course.

Almost a decade before the rest of us were confronted with the realisation that we’re living in the age of Post-Truth, photographer Cristina de Middel consciously decided to embrace fantasy, instead of reality. She turned her back on the ‘truths’ she had pursued as an award-winning photojournalist, to use her camera to construct incredibly elaborate fictional worlds.

Whether she’s bringing the dubious characters behind spam emails to life in 2009’s Poly Spam, inventing a Namibian space exploration programme in the Afronauts from 2012 or her ongoing project using a Jules Verne novel to help represent Central American migration to the US, Cristina’s work masterfully weaves together strands of fact and fiction. It encourages us to question everything we see, especially anything that masquerades as unadulterated truth, and gives us the tools we need to avoid being blinded by the stereotypes, omissions and distortions peddled by the media. 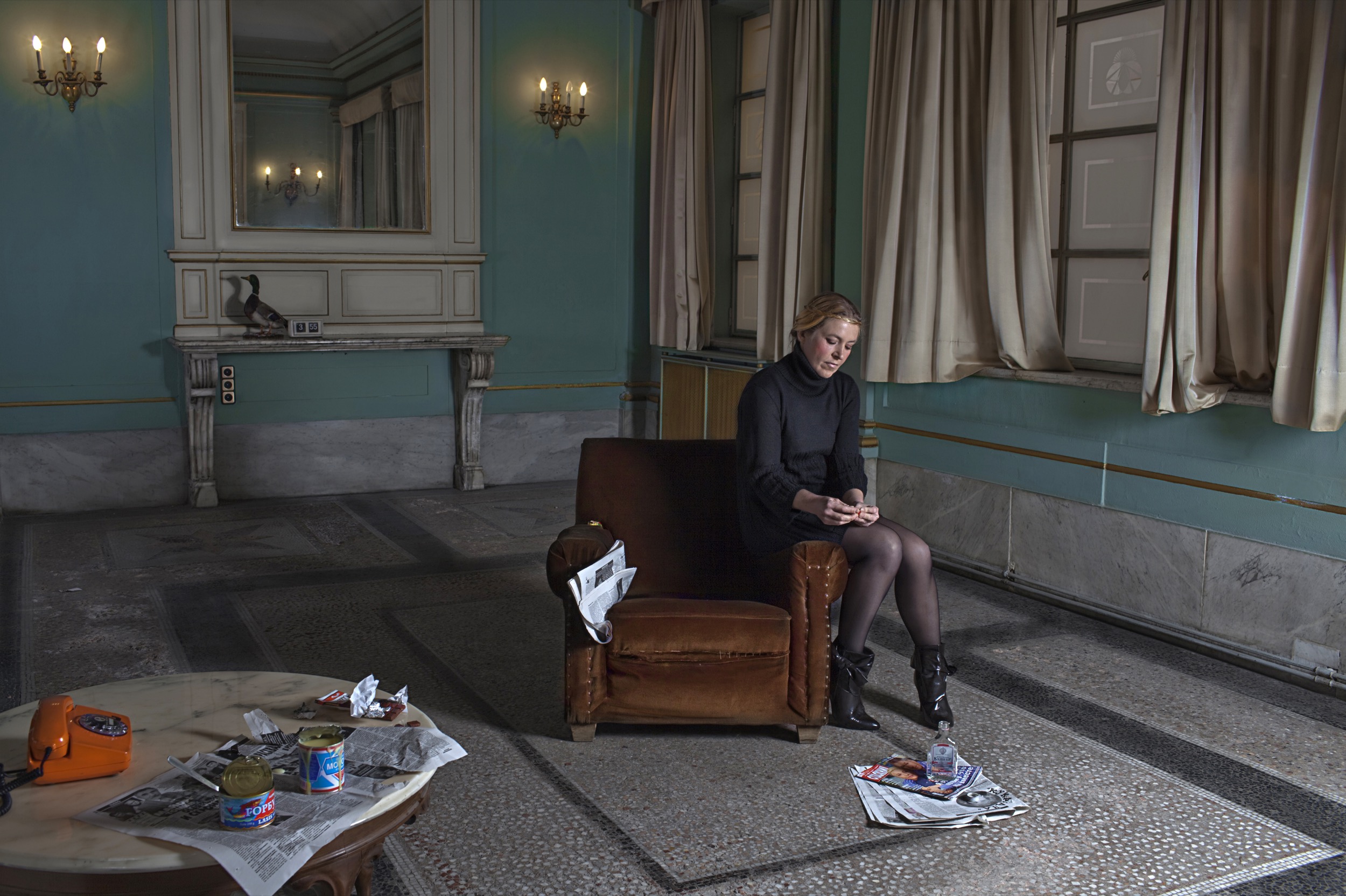 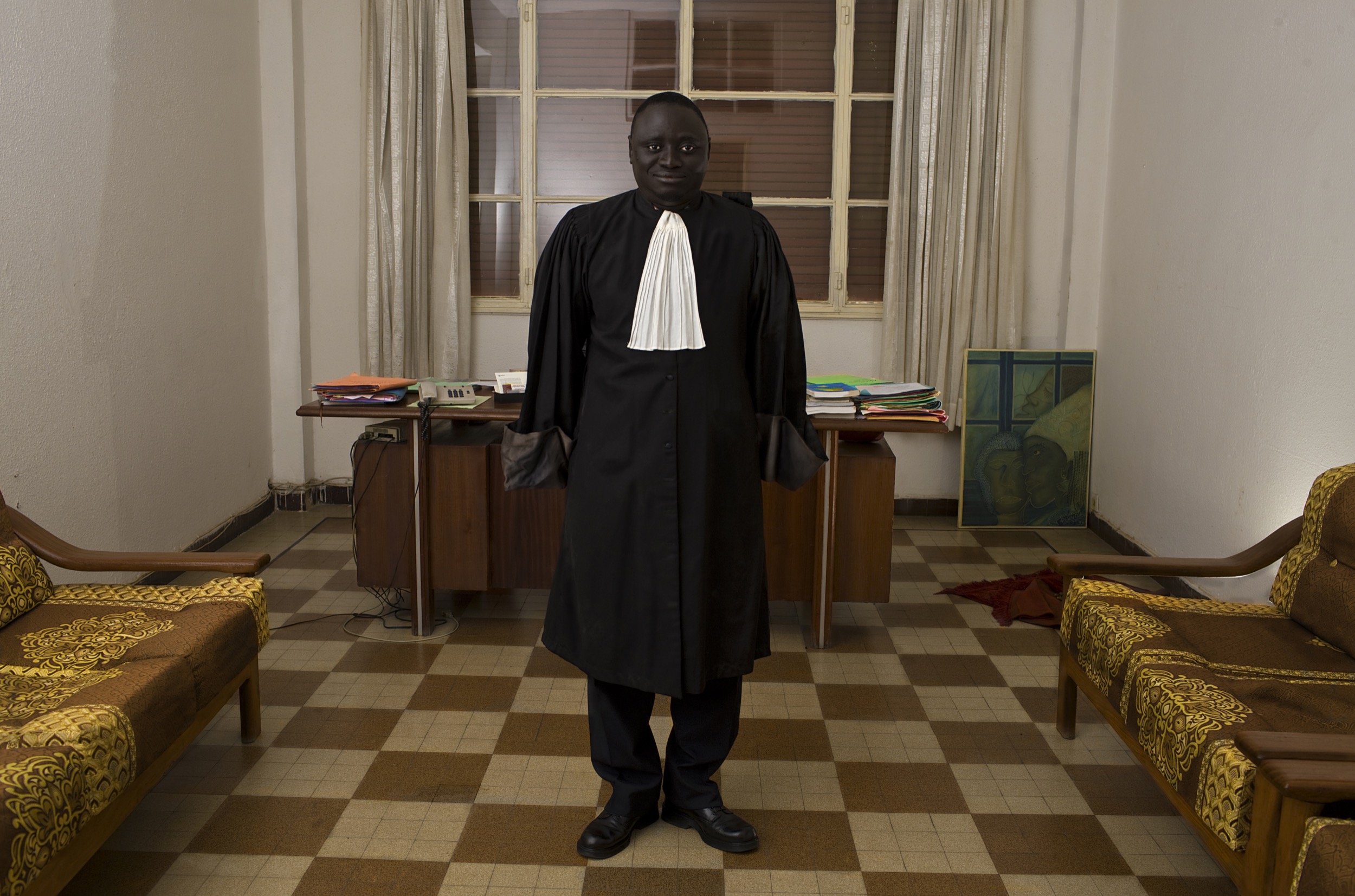 When Cristina had her epiphany, she was working for a small, local Spanish newspaper. She wasn’t engaged in mass media manipulation, but she grew increasingly frustrated with how little the stories she worked on would really explain the issue – and could no longer face staring at their gaping flaws.

“It’s not that I ran away from truth, it was the language of truth that disappointed me,” Cristina explains. “If you master the language of truth, you can really build a story that looks totally real. That’s so easy to do nowadays that it’s very dangerous. At one point, I just didn’t want to be part of that construction any more.”

Embracing fiction felt like therapy, she explains. The project that put her new approach firmly on the radar was The Afronauts, which brought to life Zambia’s extinct Cold War space programme. The 1964 attempt to beat the USSR and the USA in putting a woman, two cats and a missionary into Space was short-lived, but Cristina resurrected it. She staged what she claimed to be original photographs of the project underway, fabricated documents, made a space suit sewn from traditional African fabric and included a text from an imaginary Zambian author. 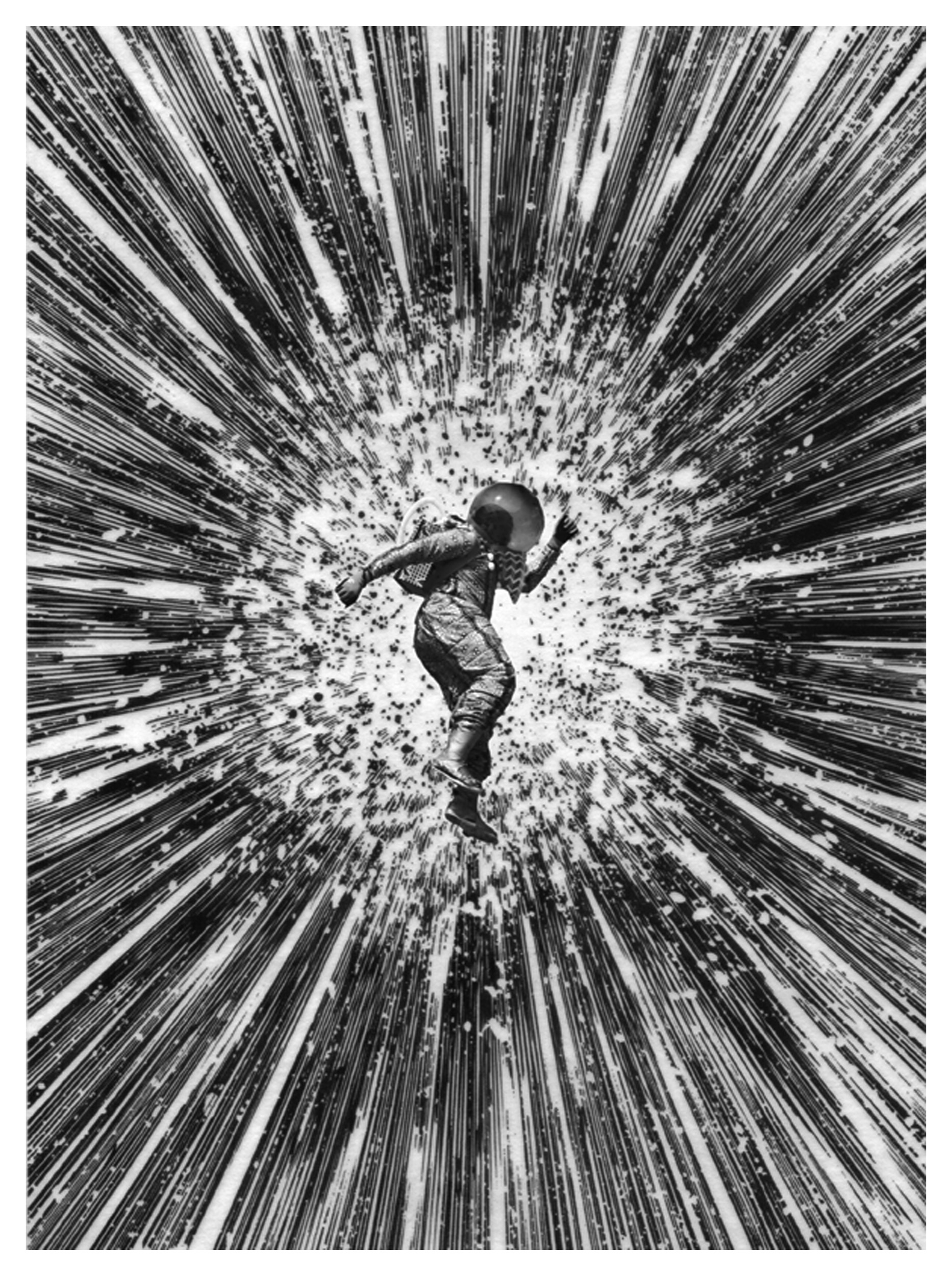 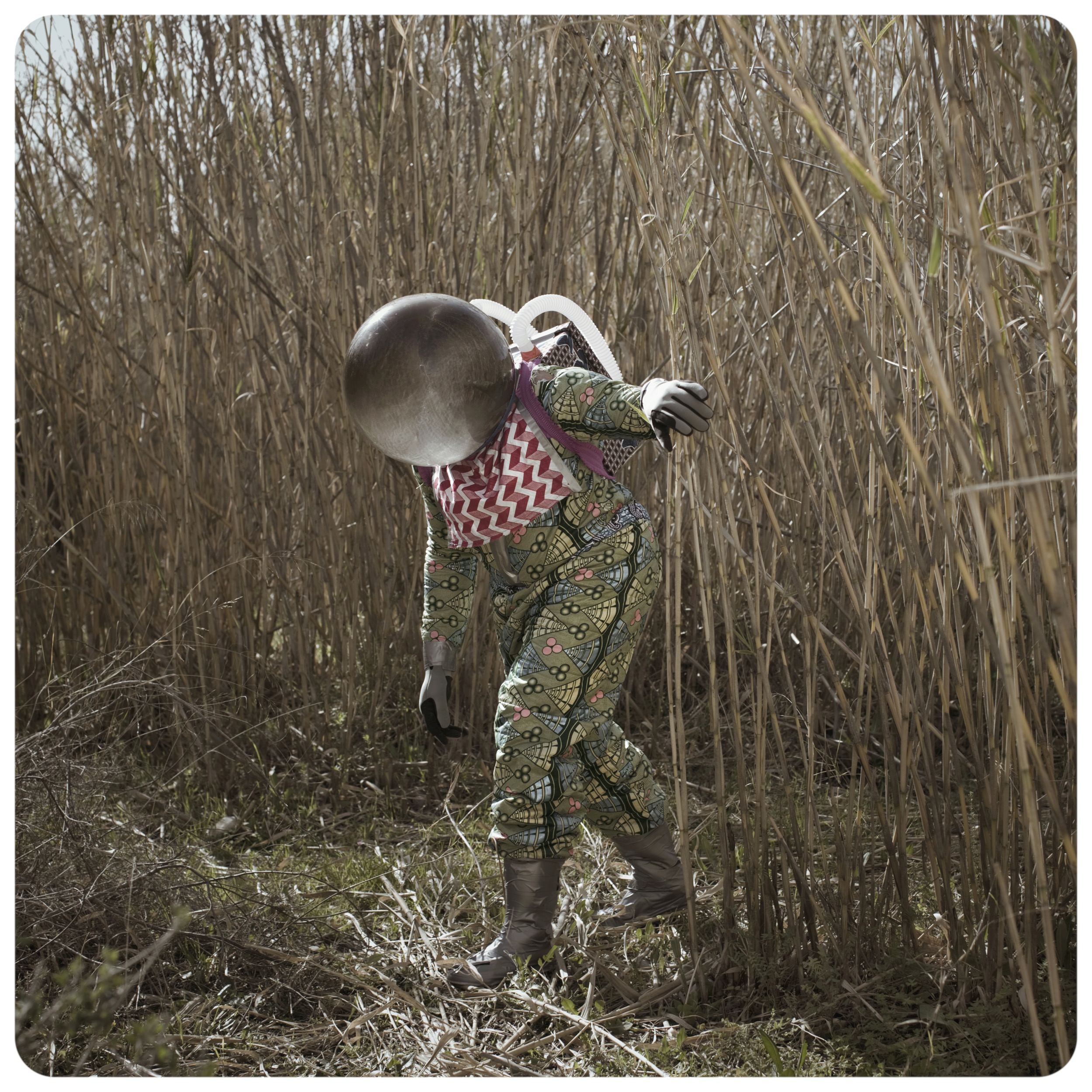 “I was very aware of the image of Africa in [Western] media and culture, built up over centuries,” Cristina says. “On my first trip to Africa, I was really shocked by how what I was seeing with my eyes had nothing to do with my pre-constructed images of the continent. Photography bears a weight of responsibility for feeding the clichés about Africa. Few photographers have a real interest in understanding what the continent is about.”

“So instead of talking about Africa, which I couldn’t because I still don’t pretend to understand the continent, I decided to talk about the clichés,” she continues. “I pointed out the clichés by augmenting, maximising and multiplying them to an absurd level. For me, the fictional approach is more about raising questions than providing answers. I want people to question why this reductive stereotyping is going on.”

As Cristina has become known as a storyteller, it’s understandable that people are skeptical in approaching her return to pure documentary photography in images from her new project Gentlemen’s Club, which appear in the Taylor Wessing Portrait Prize exhibition at London’s National Portrait Gallery. “I even shot it on both Medium Format and on a Leica to make it clear that it’s documentary,” she explains,” I haven’t added anything from my own mind.”

Gentlemen’s Club portrays men who visit prostitutes in Rio de Janeiro, Brazil. Inverting the conventional gender roles, Cristina placed an advert in a Rio newspaper offering men varying amounts of money to be photographed, depending on how much information about themselves they were willing to share. Those who were happy to reveal their faces in the work were paid more than those who chose to remain anonymous, for example. While on the surface it’s a straight documentary project, Cristina is once again subverting the traditional portrayal of an issue, like prostitution, to challenge the stereotypes perpetuated and fill in the gaps in representation.

“I’m just trying to complete the picture with images that have never been shown, in most cases,” she explains. “This is the other half of the business of prostitution. Look through all the projects, reportage and documentary series about prostitution, 99.9% of the time it is women naked in dirty rooms. That’s how you explain a business that is far more complex than female nudity? As a part of the feminine audience, I was missing a lot of information about how this business works, so I tried to generate that myself.” 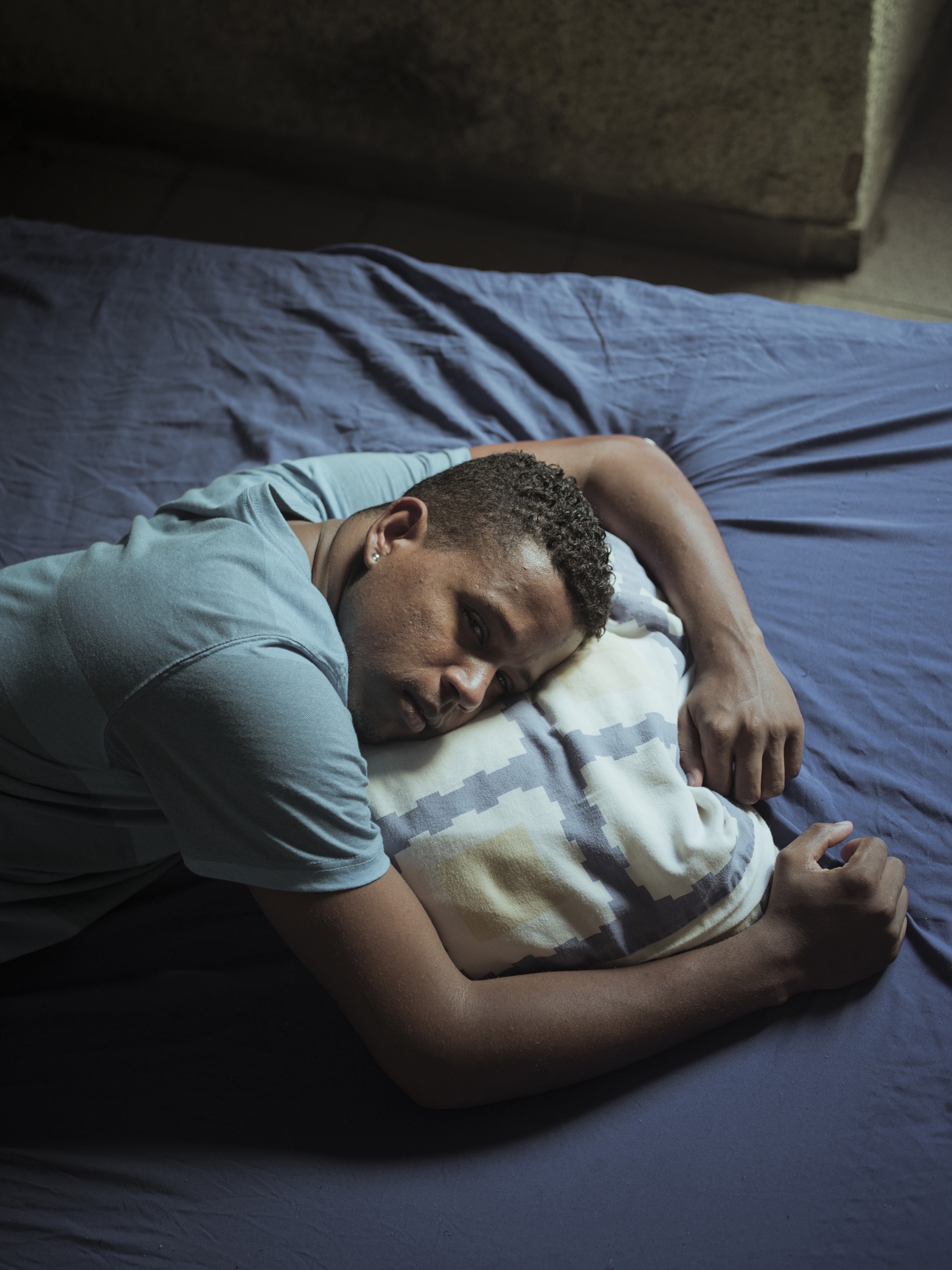 From Gentleman’s Club
Charles doesn’t want to say his age. He’s a worker in the metal industry. He never got married and he has 3 children. He visits a prostitute 3 times a week and pays 50 to 100 Rs (12 – 25 Euros) per session. He started visiting prostitutes when he was 17 years old when his father took him to a strip club. He keeps visiting prostitutes because it’s something different and to gain experience by visiting these women. 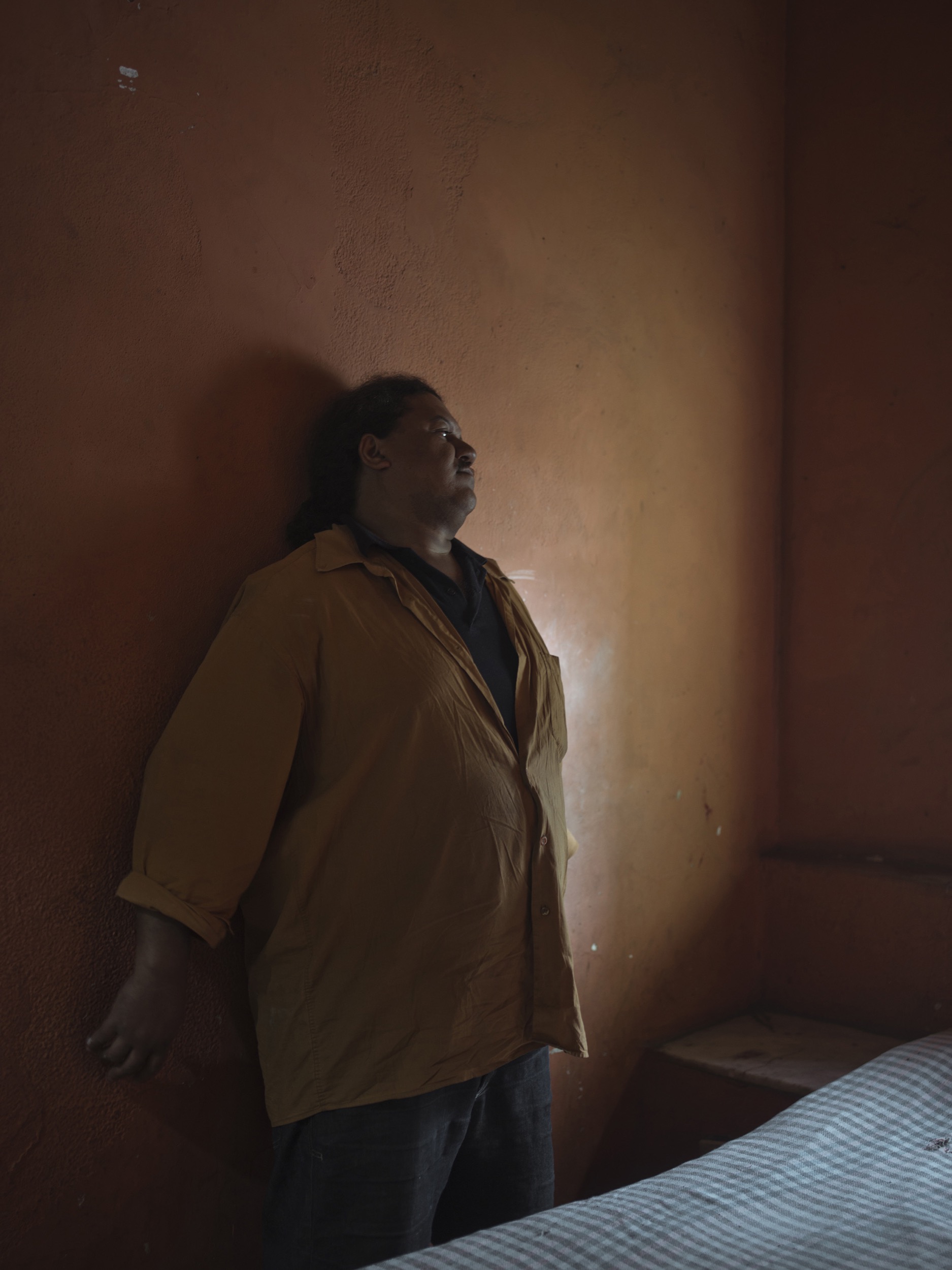 Gentleman’s Club
Luis prefers not to say how old he is. Electrician. Single and father of two sons. He visits a prostitute once a week and he pays 30 Rs (7 Euros) per session. He was 11 when he started using the services of prostitutes and he keeps doing so because he feels very lonely.

Cristina is critical of the ways conventional documentary photography, and the media more broadly, approaches certain issues. She has tasked herself with filling in the gaps and correcting many of the falsehoods that she feels are recycled over and over, specifically in the coverage of workers in India, violence in the favelas, refugees, famine in Africa and mental hospitals in Eastern Europe, with her unique take on each topic.

Deliberate or not, the deficiencies of the media are increasingly plain to see – just look at the “joke” of the rise of Trump, European politics or the media coup in Brazil, Cristina says. But, when photographers knowingly begin to play with and shift effortlessly between fact and fiction, where does that leave the reader? Is it their responsibility to sift the grains of truth from the deluge of misinformation?

“Yes, that is my ultimate goal,” Cristina says. “I don’t expect the audience to dissect my work and discover whether or not this image or that image was staged, for example. I’m always mixing fact and fiction. I like to think of my work as going to the gym for the brain. It can help get you ready to read the newspapers. We all need to be more critical and need to question everything. Everything.”

Although, Cristina maintains that doesn’t let photographers off the hook. “We need to have truth guerrillas,” she explains. “Photographers and journalists have a big, big role to play [in fighting misinformation]. One of the most important things for any person working to produce and share information is to be independent. Not just independently funded, but independent in your opinions. Self-knowledge is vital. It’s important to acknowledge where you are talking from and acknowledge why you are talking about a given issue. If you fall into validating the stereotypes, then you’re just feeding the monster.”

Linkedin
RELATED ARTICLES
OTHER ARTICLES
A new photo series documents tribes preserving the environment through simple, sustainable practices in central Asia.
With the singer’s tour in full swing, we sat down the musical production company who made the electrifying show possible.
Planet Ardbeg is a 40-page sci-fi anthology created by three cutting-edge artists.
The hate Just Stop Oil faced after throwing soup over a Van Gough painting has been immense. Here, they explain why it won’t deter them.
The campaigning charity are on a mission to increase inclusion, participation and representation of Black people in trail running.
Following the release of their third album, the duo talk collaboration, family and connecting with the dead.