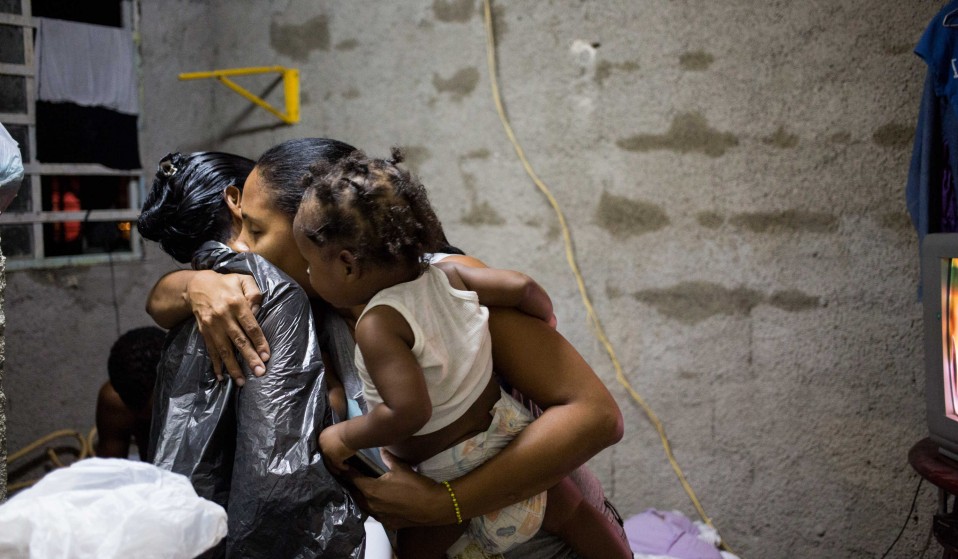 When someone says they’re making a travel guide, what do you think of? Probably historical monuments, delicious restaurants, maybe a beautiful landscape or two… Whatever it is, your mind probably doesn’t  immediately wander to bad encounters with the police, treacherous and unsafe routes to vague destinations, and a reliance on human smugglers to get by.

Unless you are Lisette Poole, that is, and your travel guide is actually a first-person photographic documentation of the migrant experience.

In 2016, Lisette, a Cuban American photojournalist, spent 48 days capturing the 8,000 mile journey of two women, Marta, 52, and Liset, 24, making the journey Cuba to the United States in search of a new life. Today Lisette is combining all the images, jotted down notes, mementos and social media updates made throughout those weeks of uncertainty into a book titled 48 Days: A Migration Story, which is being kickstarted now. 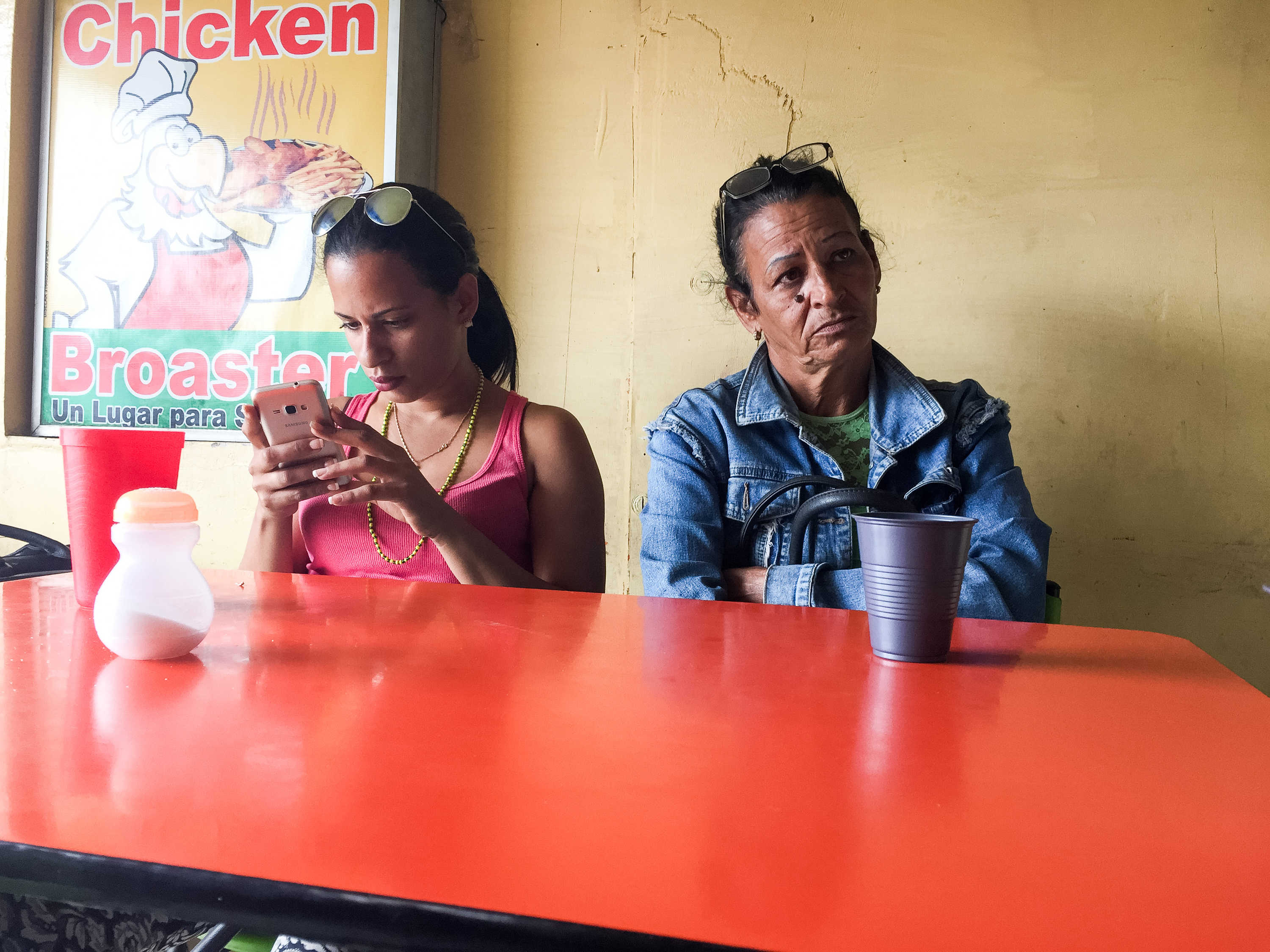 Liset and Marta in Colombia after crossing the border, they look for smuggler connections to take them to the next stop. 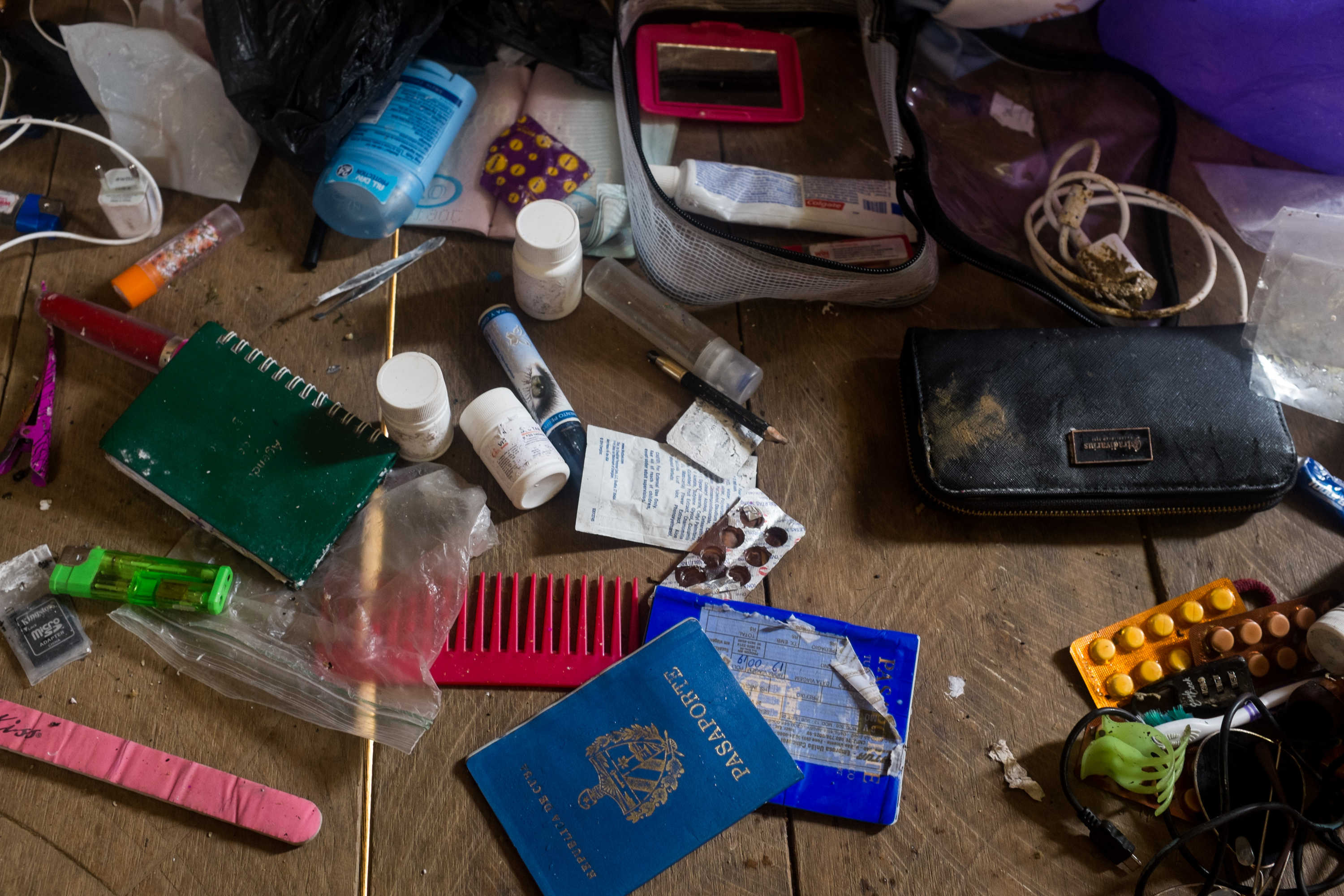 June 15, 2016 – After arriving to a small indigenous village in Panama, Liset and Marta are taken in by locals. Here, Liset dries out the few possessions she has left after spending almost a week in the Darien Gap.

“Marta called me on 27 April to say she was buying her ticket the next day,” Lisette tells me when I ask her about how much preparation they had before embarking on a route that would take them through 13 different countries. “We left Cuba on 13 May, so there was a little over two weeks to plan. By then, there was a reservation made at a hostel in the capital of Guyana, Georgetown, and the name of a coyote [smuggler] written on a little slip of paper.” 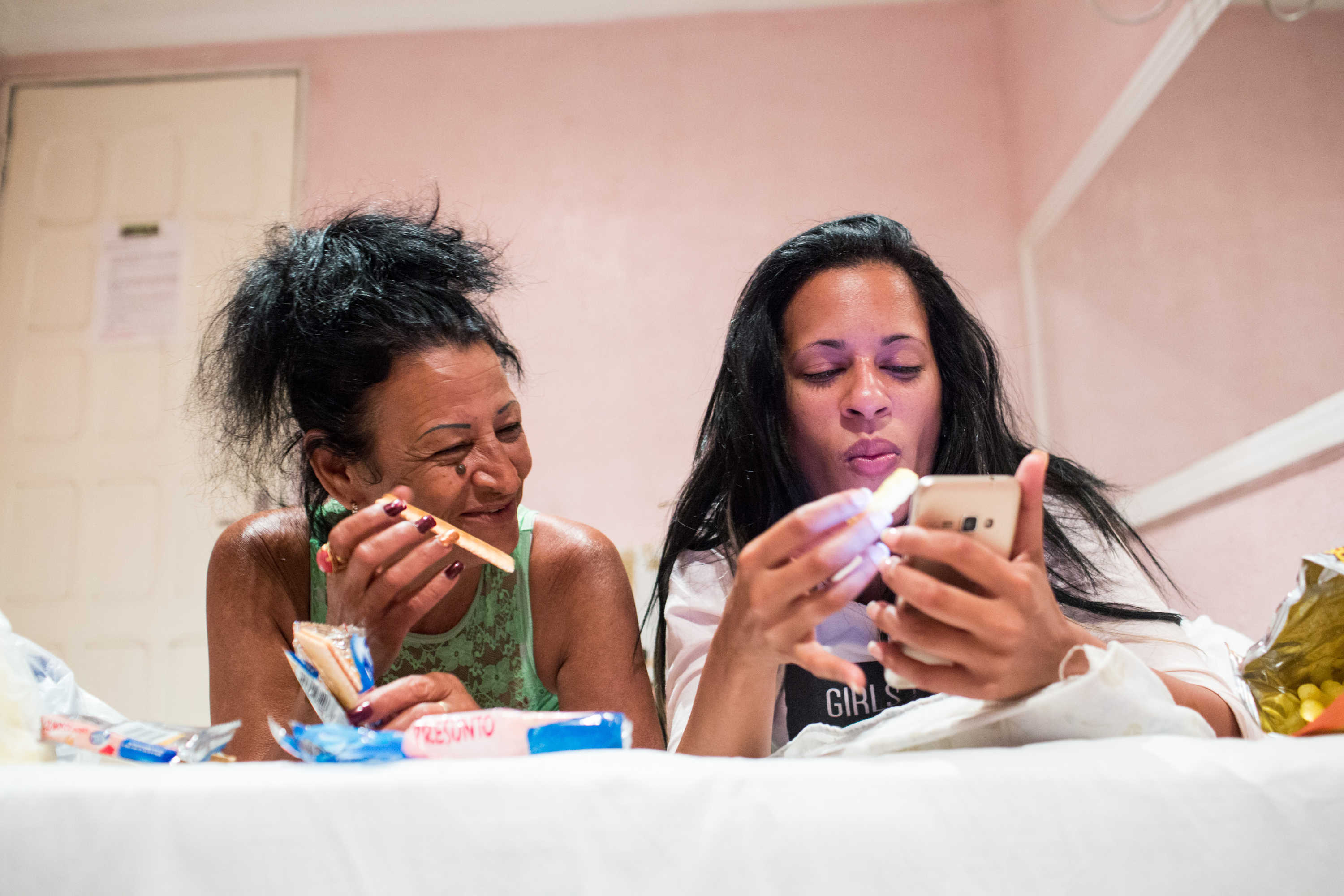 Liset and Marta talk with friends from a hotel room in Brazil. 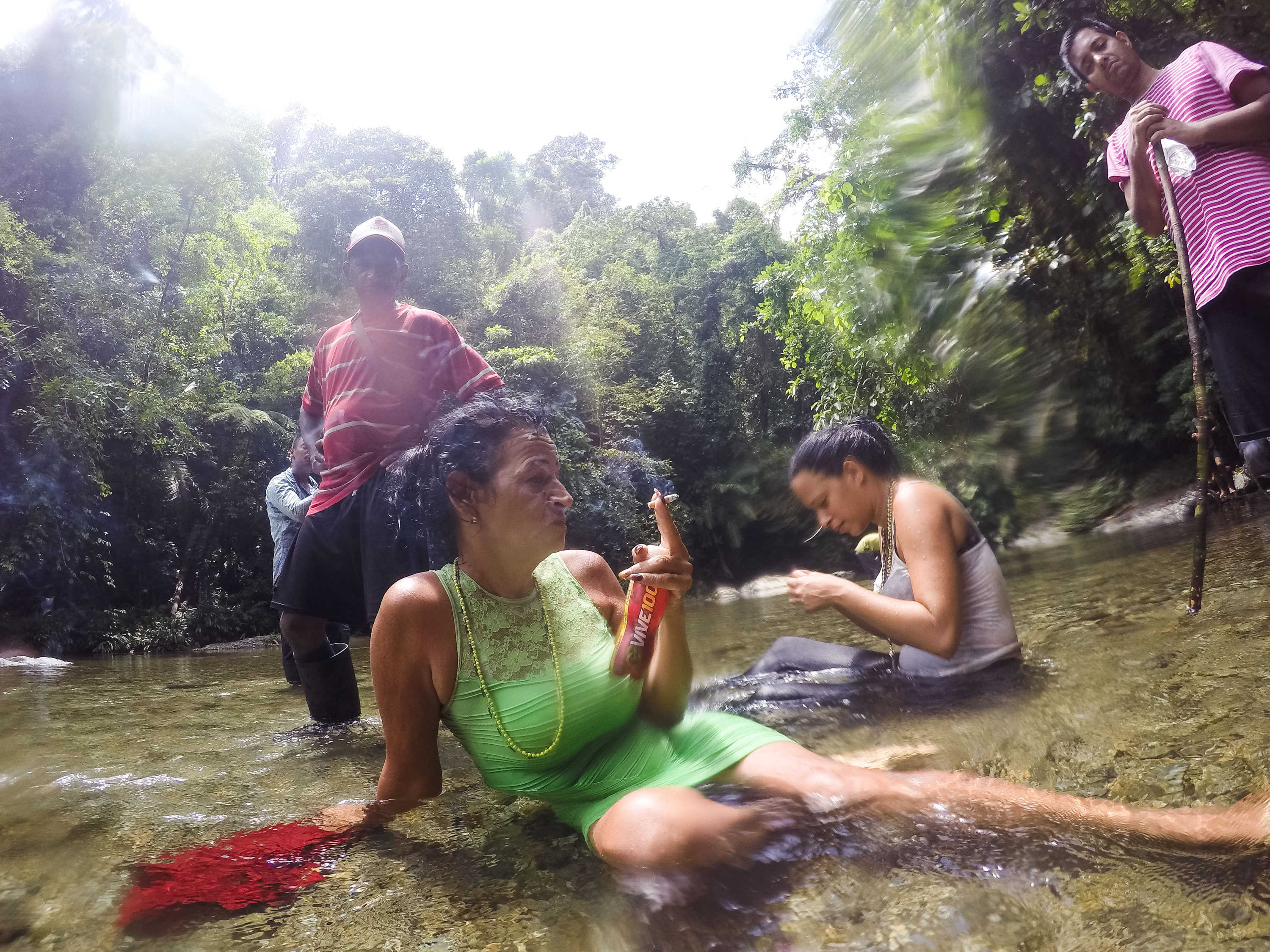 June 12, 2016 – Marta and Liset resting in the river after a treacherous crossing.

Marta and Liset were among the last Cubans to be granted access to the United States on the 1995 “Wet Foot Dry Foot” policy, which offered entry to the US and legal citizenship to Cubans who managed to reach the border. The policy has since then been revoked, with over 680 people being sent back to Cuba.

It is a known fact that making the journey to the US as a migrant is far from safe, and there is of course no guarantee of success. Marta and Liset crossed borders illegally a total of 10 times during their journey. Lisette was with them each step of the way, going through many rough times herself, but, as an American citizen with a certain level of safety, still an observer. 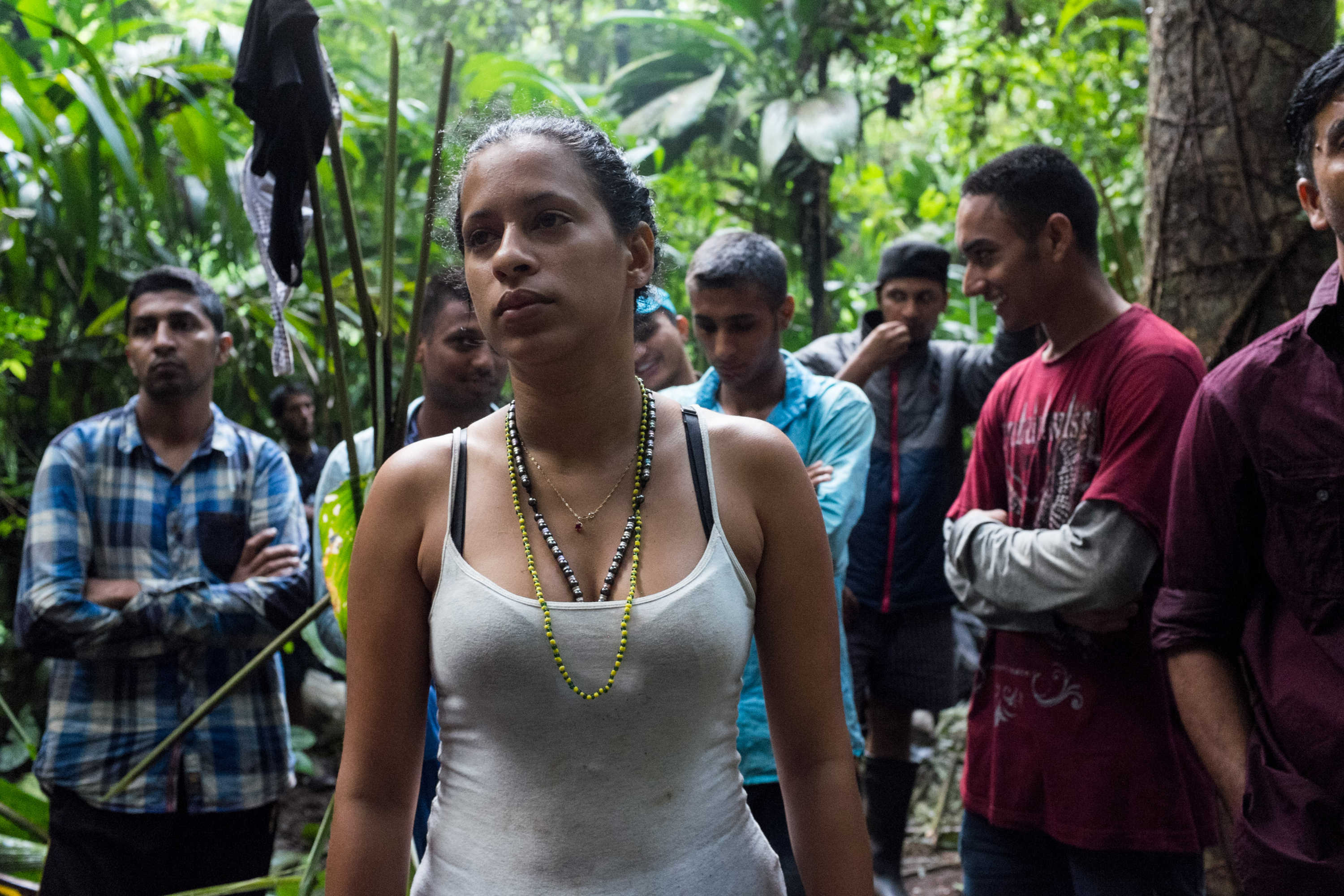 Liset at dawn in the Darien Gap, she and Marta are the only women among a group of almost 50 migrants and smugglers.

“It was hard to observe without being part of the trip myself,” the photographer explains. “Overall there was a feeling that you wouldn’t know what was going to happen from one day to the next or sometimes one moment to the next. While being shuffled across several borders, migrants aren’t told how things will happen, they are silently ushered from one person’s hands to the next, sometimes just dropped off somewhere and told to walk into unknown terrain.”

What stands out from the pictures and the story told by Lisette is not only the courage of these women, but also the faith and positivity that they had to face this journey head on. Moving countries, navigating a completely different culture, learning a new language and leaving family and friends behind is challenging at the best of times – add this dangerous journey and America’s current political climate to the equation and it’s hard not to be in awe of Marta and Liset’s determination.

June 24, 2016 – Migrants spend most of their time in the Nicaraguan forest waiting for the signal to move on. Their coyotes put a hold on their journey because the Nicaraguan military has reinforced patrols on migrants.

After crossing into Brazil, Marta and Liset wait nervously for the signal to run to awaiting cars.

July 2, 2016 – After quickly taking buses through Honduras and Guatemala, Liset flew from the southern border of Mexico up to Matamoros, near Brownsville, Texas. Here she walks along the bridge over the Rio Grande in a dress, to present herself to border officials and seek asylum.

The two women successfully crossed over to the United States, where they are currently living. “Crossing the border was a huge relief but also anti climactic!”, says Lisette.

“I asked Liset how she felt and she said ‘you know, I don’t really feel anything’ – while she was being processed at the border I spent a few hours in a flea market in Texas eating nachos and texting friends while I waited for her. When she finally got out she was just so tired. We could barely speak. I think there was some anxiety, after working so hard to get there, she was thinking ‘now what?’”

Lisette continues to photograph the two women as they adapt to their new life, and hopes that her guide book brings the migrant experience to light in a way that is personal and sensitive, a perspective that is particularly important at today’s climate of political hostility.

July 3, 2016 – Liset arrives at Chicago O’Hare International Airport to be reunited with her boyfriend, Joey, who she met in Cuba back in January and paid for her trip to go to the Unites States.

“The situation in the US and the posture our government has taken towards immigration is truly alarming,” Lisette continues. “I hope this story will humanise the migrant experience, making it more difficult for voters and policy makers to separate themselves from those who migrate to the US seeking a better life.”

“Many Americans come from a family history of migration but seem to have somehow separated themselves from this reality. I would hope that they could empathise with not only Marta and Liset but also all migrants and refugees.”

Help 48 Days: A Migration Story become a reality through Kickstarter.

Linkedin
RELATED ARTICLES
OTHER ARTICLES
Following the release of his debut single, Deyaz talks battling addiction, dealing with his struggles through music, and building a budding music career from his living room.
Social prescribing connects people with non-medical support to improve their health and wellbeing – but some experts worry it’s just a stick plaster solution.
A new exhibitions brings together the work of photographers who documented the deep unrest of these pivotal decades.
Tristan O’Neill’s shots of dancers caught in moments of reverie at the height of rave’s golden age are a testament to the UK’s legendary club culture.
A recent High Court ruling against the right to wild camp in Dartmoor National Park sparked the largest land protest in history – and campaigners say their fight is not over yet.
Activists and campaigners are fighting back against new laws that would seriously undermine the ability to take industrial action, calling it an attack on fundamental workers' rights.