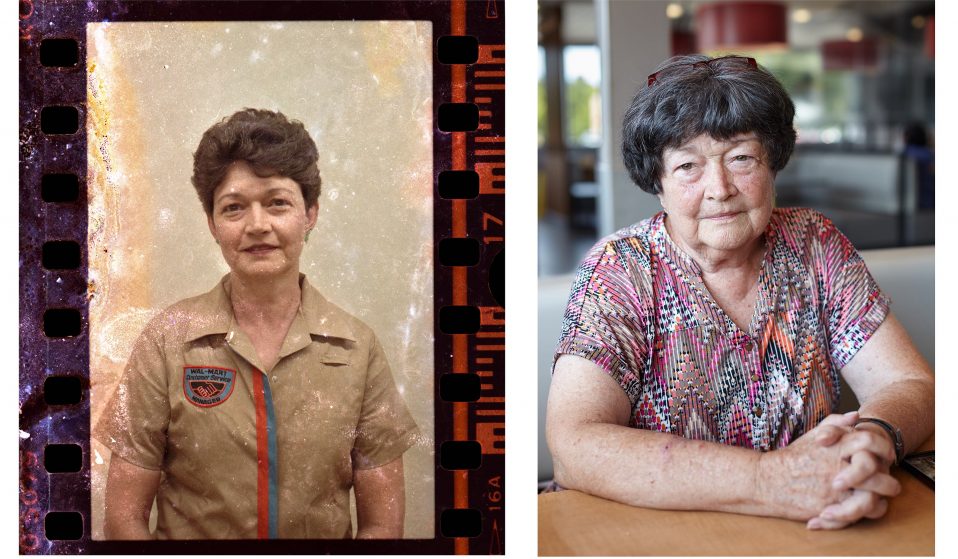 After discovering a collection of Walmart employee headshots taken in 1986, photographer Daniel Kraus embarked on a project exploring identity in small-town America.

After discovering a collection of Walmart employee headshots taken in 1986, photographer Daniel Kraus embarked on a project exploring small-town life in America – through the prism of one of its most recognisable institutions.

In 2012, photographer Daniel Kraus was working for an organisation that ran projects in communities with high poverty rates. As part of the role, he’d take different youth groups to stay with families in isolated areas around Williamsburg, Kentucky, where they’d lend a hand with upkeep and general service work.

Over the course of the summer, he became close with a couple – Martha and Arnold – who lived in an old secluded cabin which they needed help taking care of. One day, when he was helping the pair reorganise their home, he stumbled upon a sleeve of old negatives discarded on the floor, discarded among “decades worth” of plastic bags and newspapers. After picking them up and confirming with Arnold that they weren’t family photos, he decided to keep hold of them. 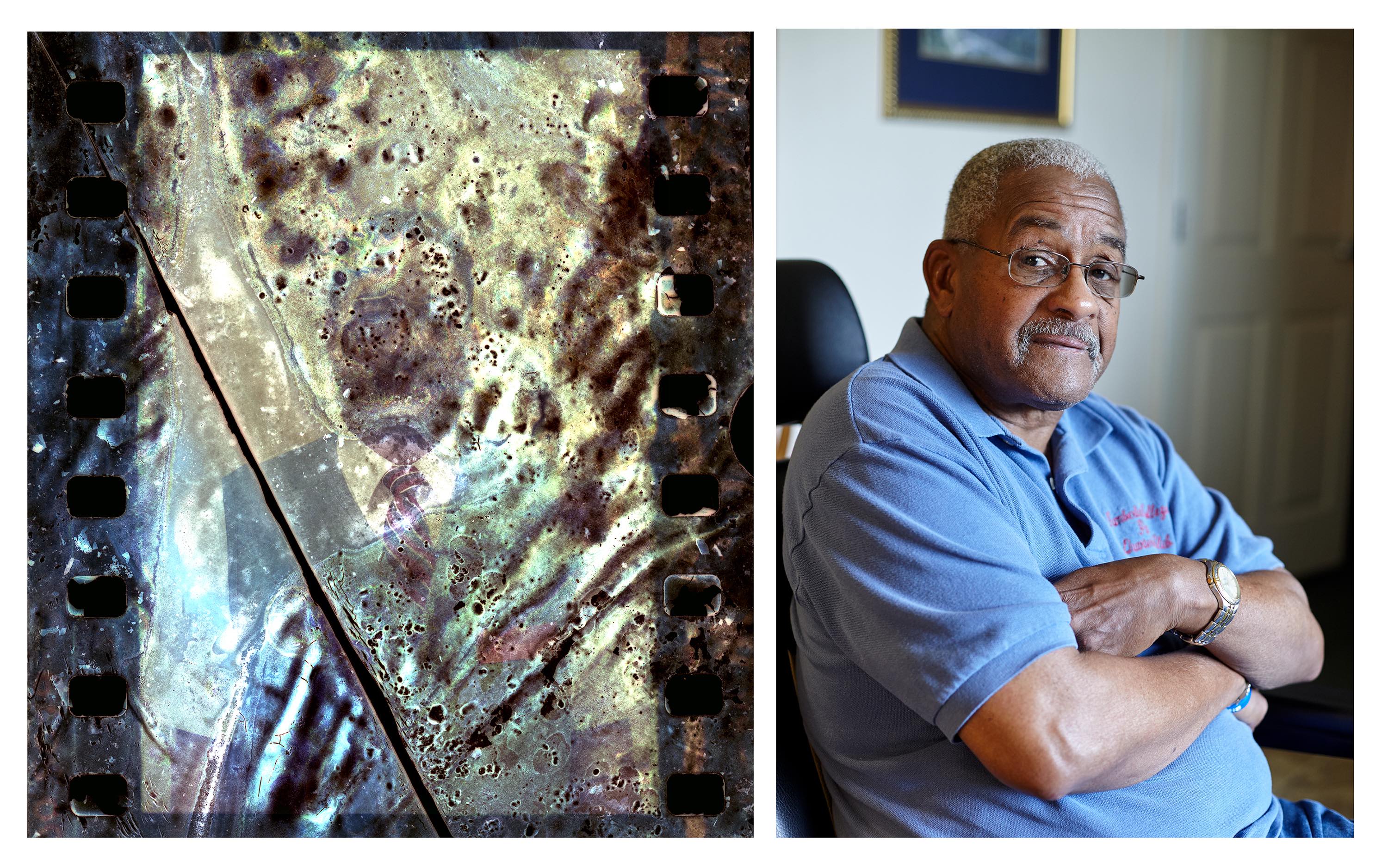 “The first quality which drew my curiosity was how withered and destroyed they were,” Kraus remembers. “There was a sense of mystery as well, because I could see they were portraits – but didn’t have any way to look at them for several weeks. [It] was almost like I had found a treasure that had been waiting for me.”

That sense of mystery only deepened when he was finally able to scan them in, revealing what the pictures actually were: Walmart employee headshots from 1986. How they’d come to arrive in the cabin, he had no idea. What he did know, however, was that he needed to do something with them. 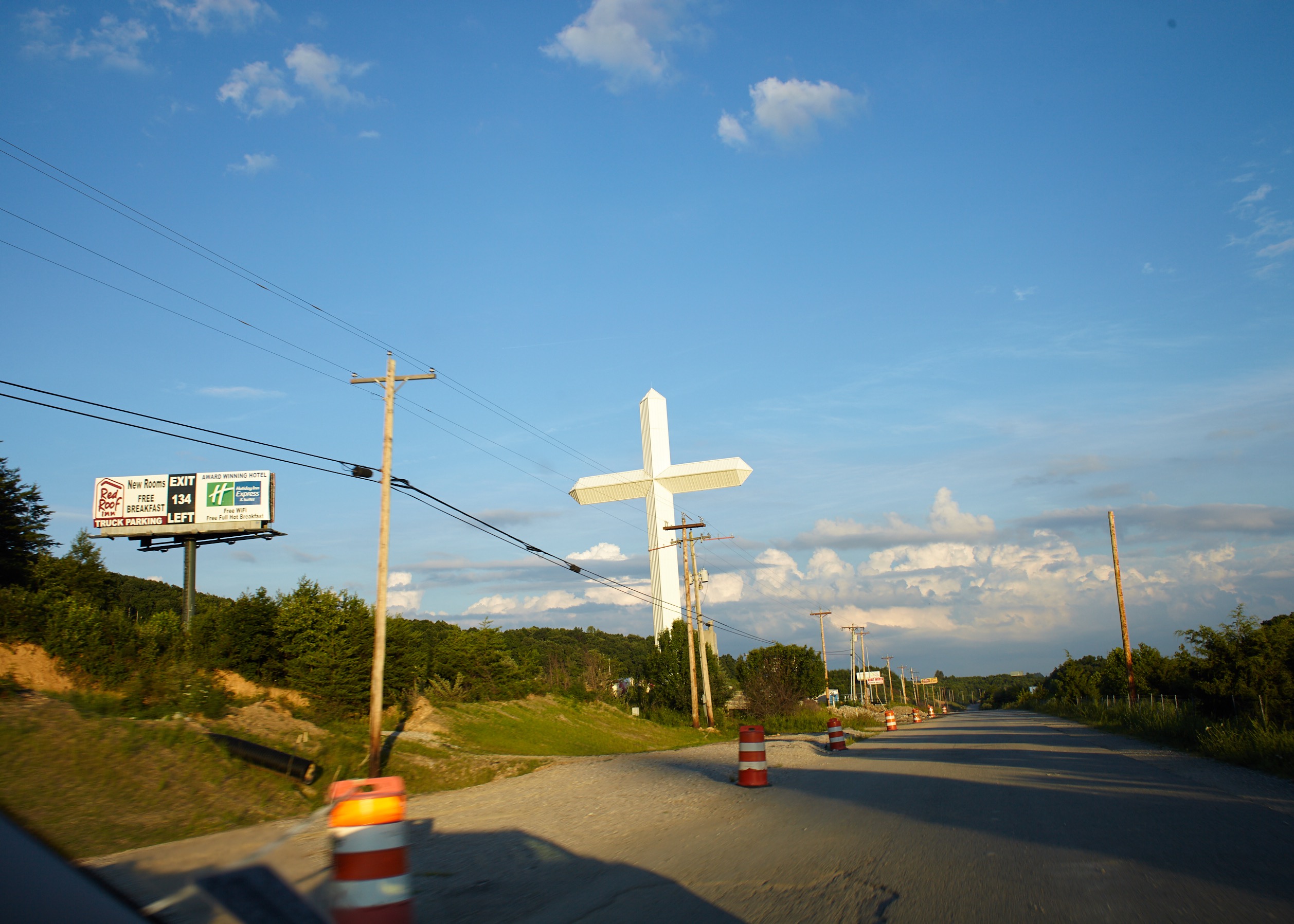 “I tried to make work with them for a few years, never really taking them to their full potential. However, after starting graduate school, I showed them during my second critique, and from that point on I started a new approach. Some of my colleagues asked if I had every tried to find out more about the photographs – who was in them, where did they come from, and why they were made.”

“I wasn’t so inspired initially by this idea at first. I loved these images because of their ambiguity, but I felt like I should try and see what I could dig up. It was during this time and research that I really honed my ideas for the project and settled on the fact that my interests did in fact lie in solving the mystery rather than perpetuating it.” 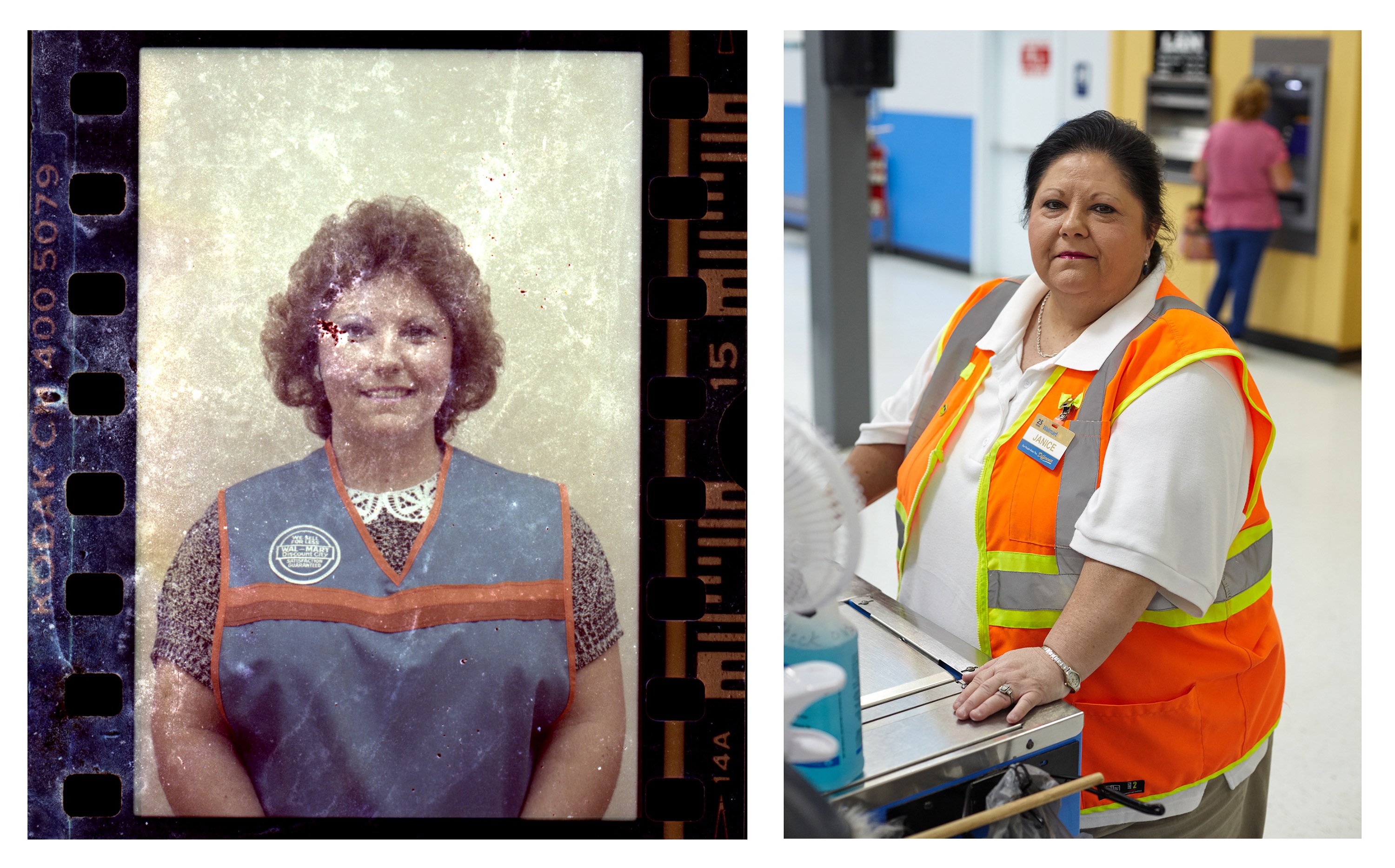 After two years of letters, phone calls, searching archives and embarking on cross-country drives, Kraus was eventually able to find, interview and photograph five of the 14 Walmart employees depicted in the original images. The result is Plain Ordinary Working People, a project that explores identity, origin and small-town life in America – through the prism of one of its most recognisable institutions.

“Socially, Walmart store parking lots are where teenagers in small town pass the nights and socialise. For a busy family it means that all their needs, from getting new tires on the car to buying baby formula, can be bought in one place,” he says. “To describe the significance of Walmart to someone outside the US today might be something akin to a brick and mortar Amazon store. Walmart sold everything for less than anybody – and you had easy access to it.” 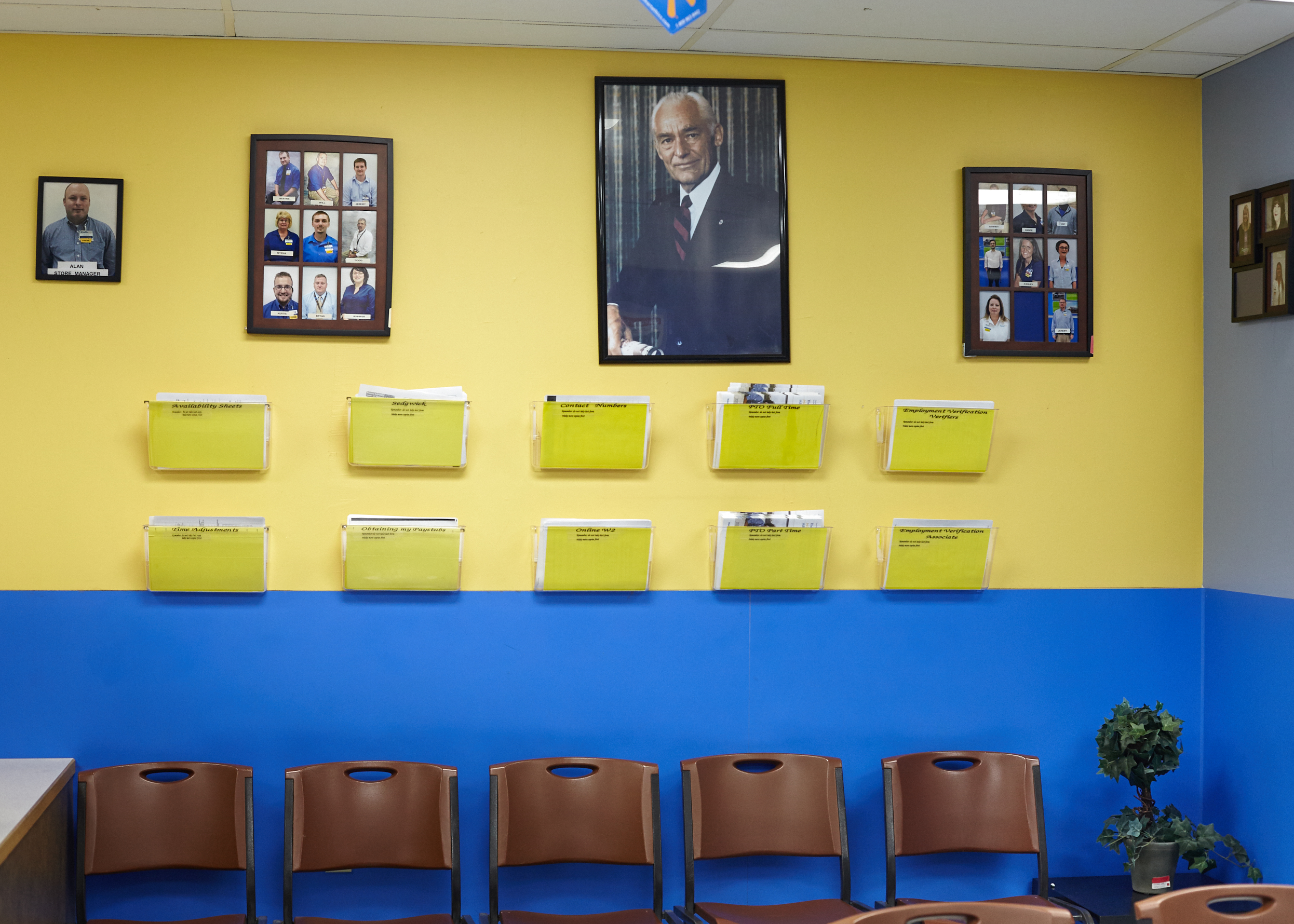 The project’s title comes courtesy of founder Sam Walton, who wrote of how they were “no limit” to what “plain ordinary working people” could accomplish when given the opportunity. It’s a sentiment that’s interrogated in the work, through both the images and the subsequent interviews he conducted. In its early days, that altruism remained largely sheltered; but as the company grew, Kraus discovered, benefits and incentives (such as profit sharing) began to dry up In that sense, the Walmart narrative is entangled with the American one.

“Sam Walton wrote an autobiography entitled Made in America which elaborated on his story of starting Walmart and what early habits and philosophies made him so successful. At it’s best it’s a story of frugality and pulling oneself out of an impoverished place. At its worst, it’s suspiciously nostalgic and slick. I think those two aspects make its history complex – and perfectly American.” 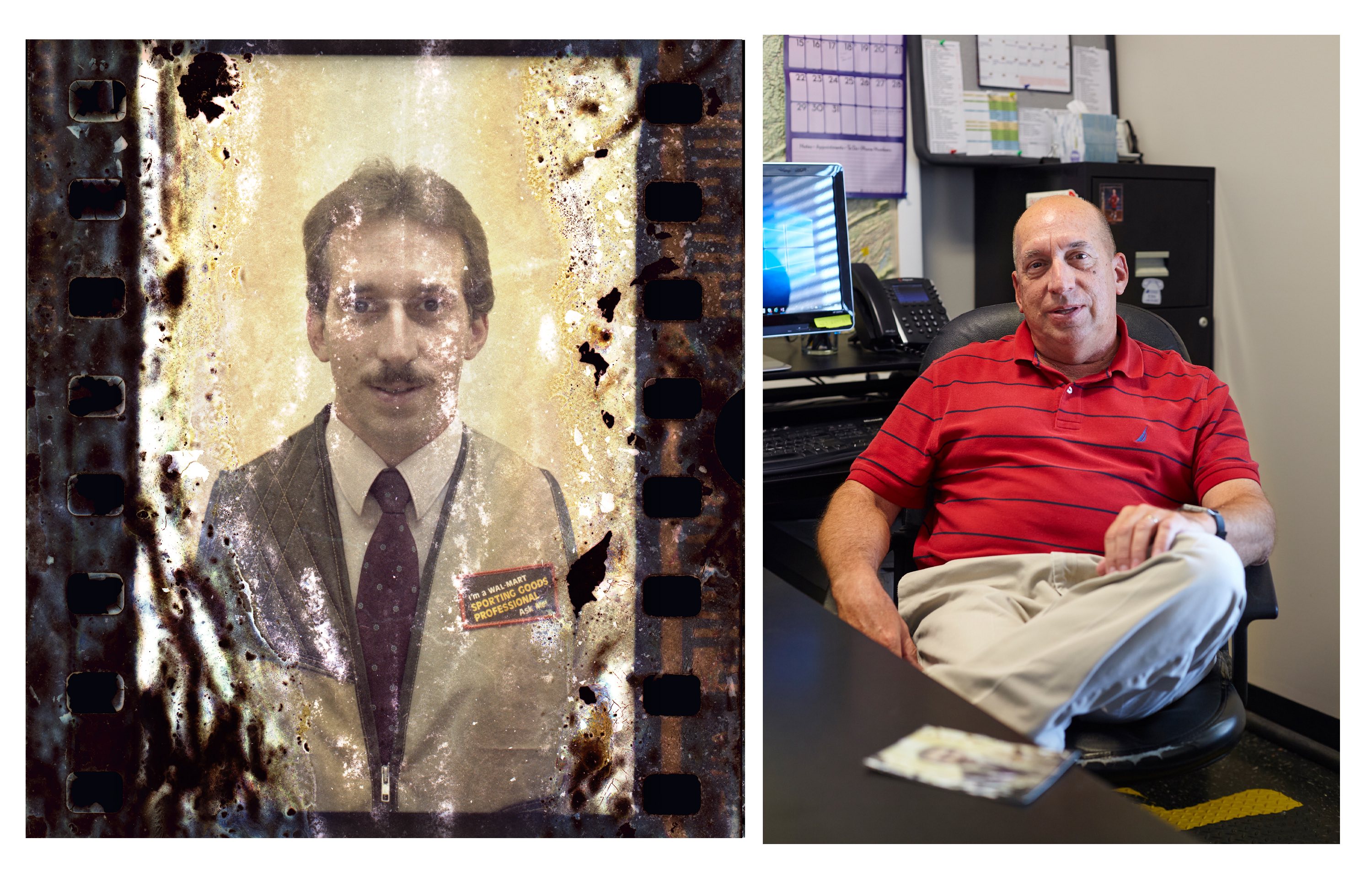 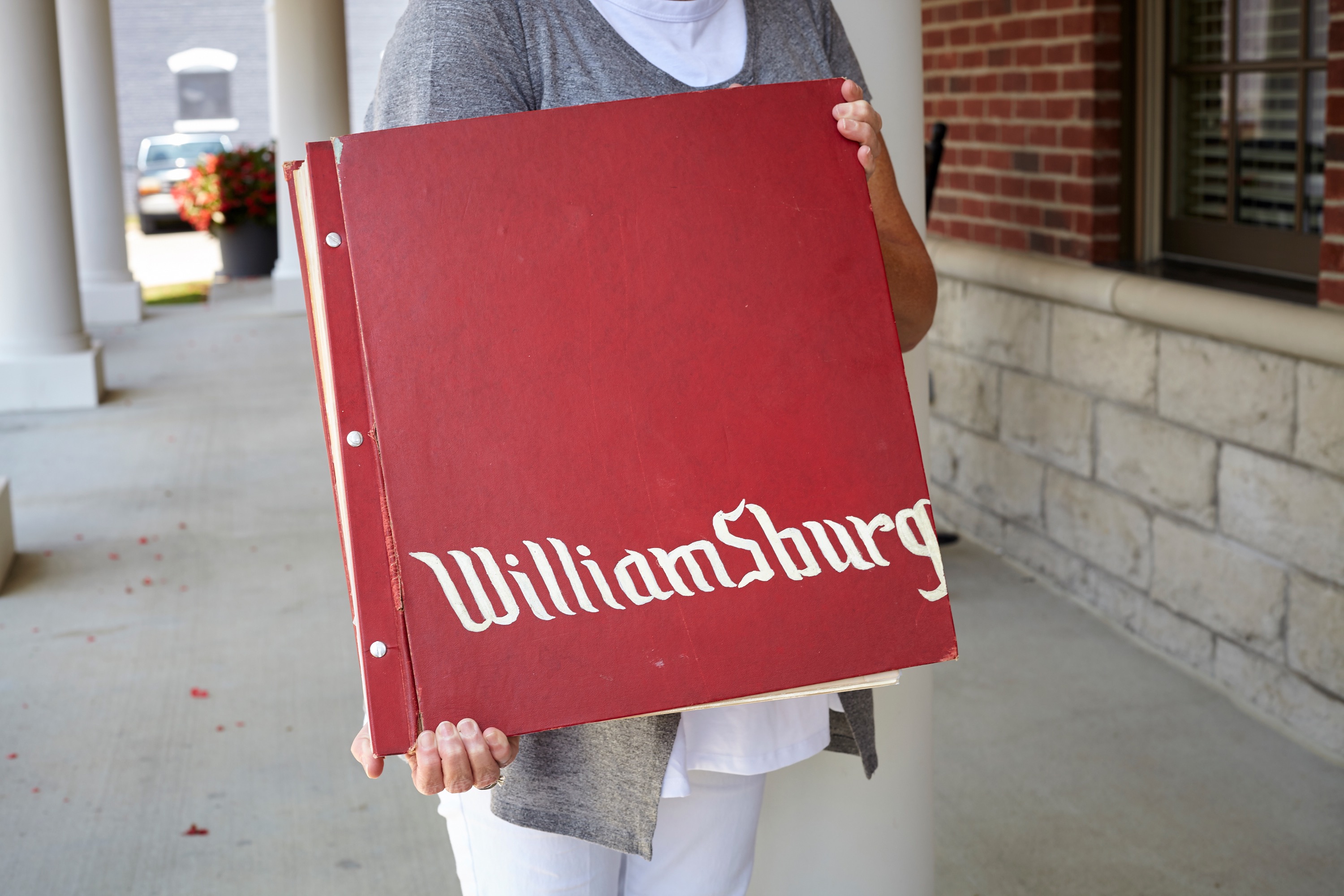 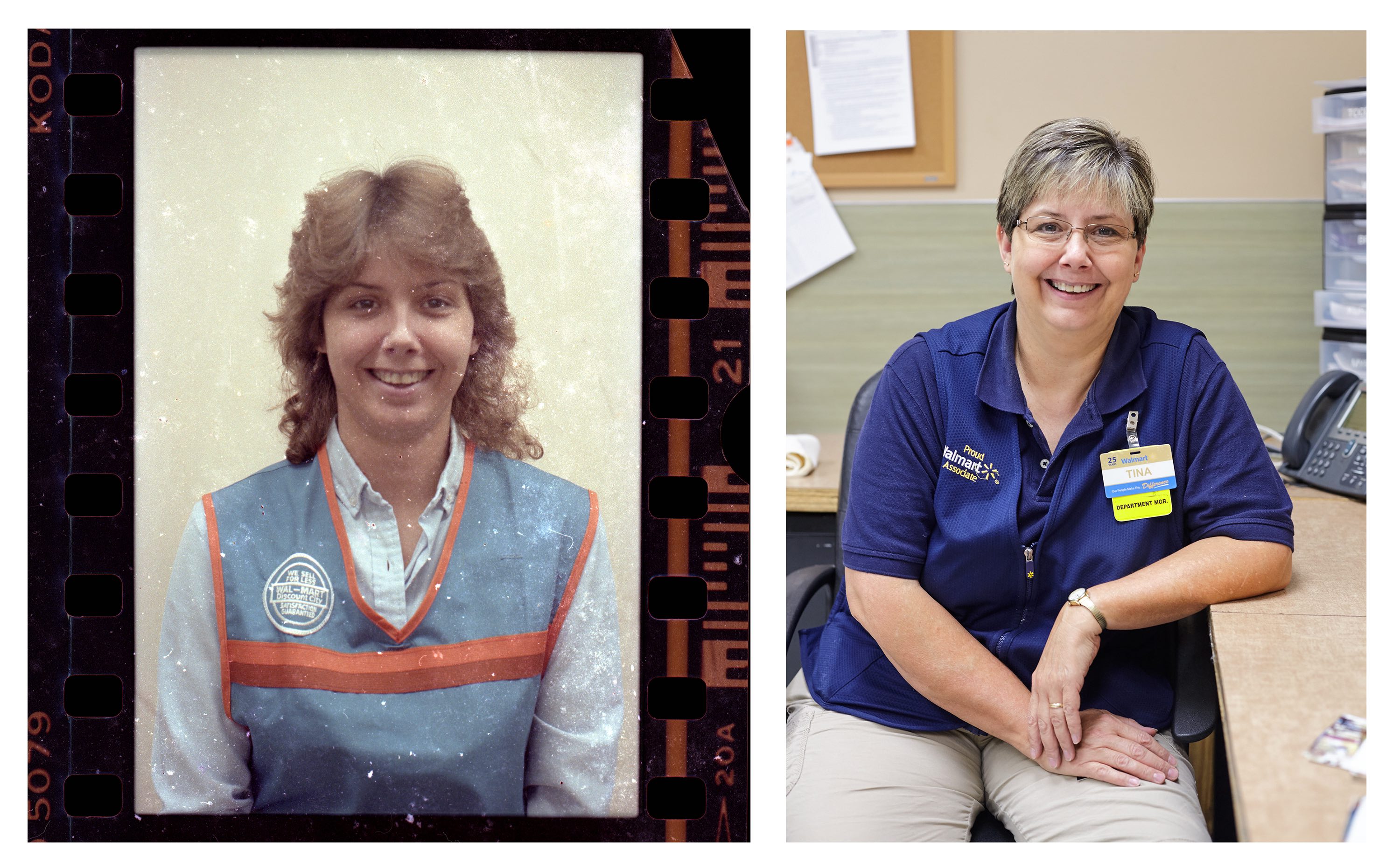 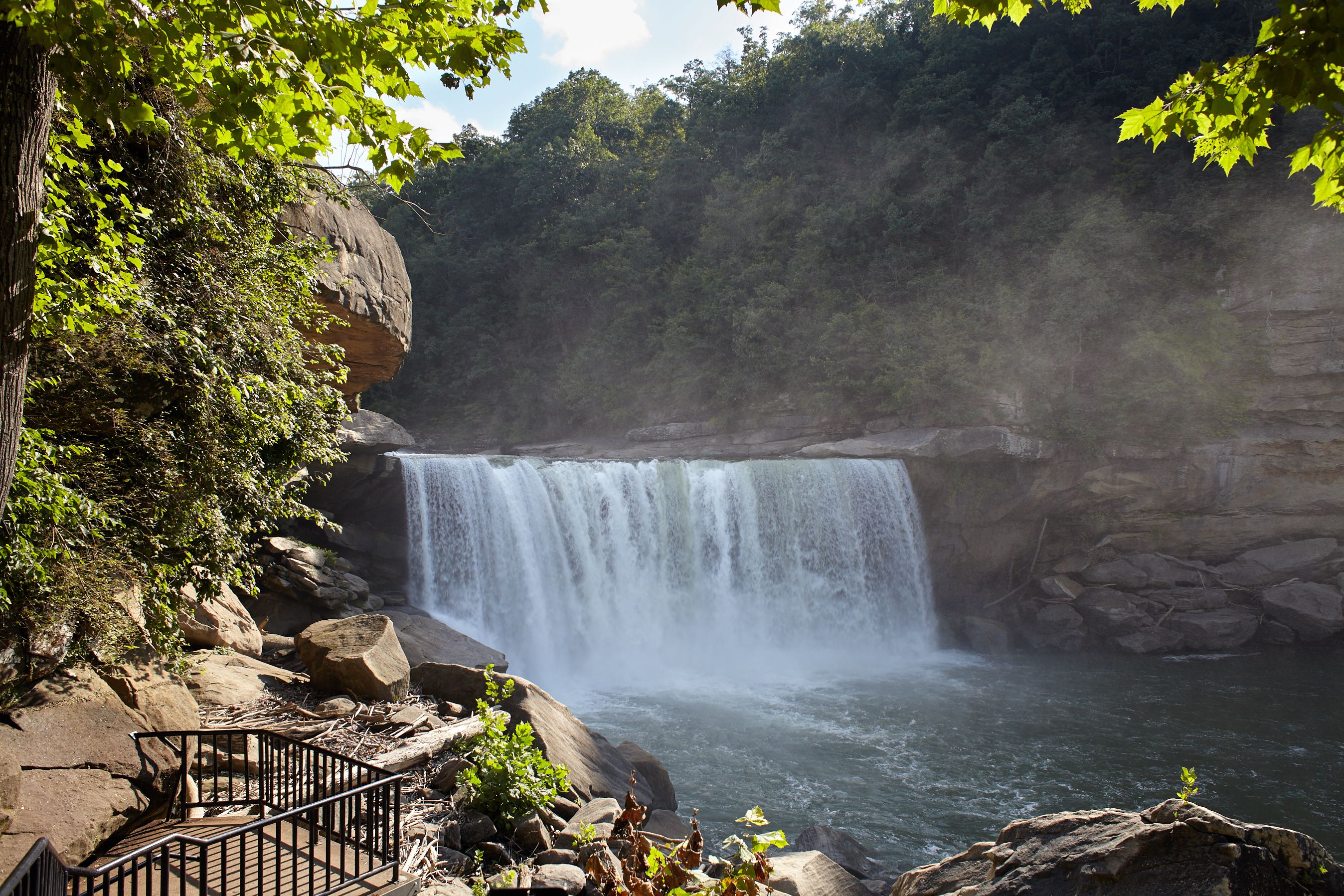 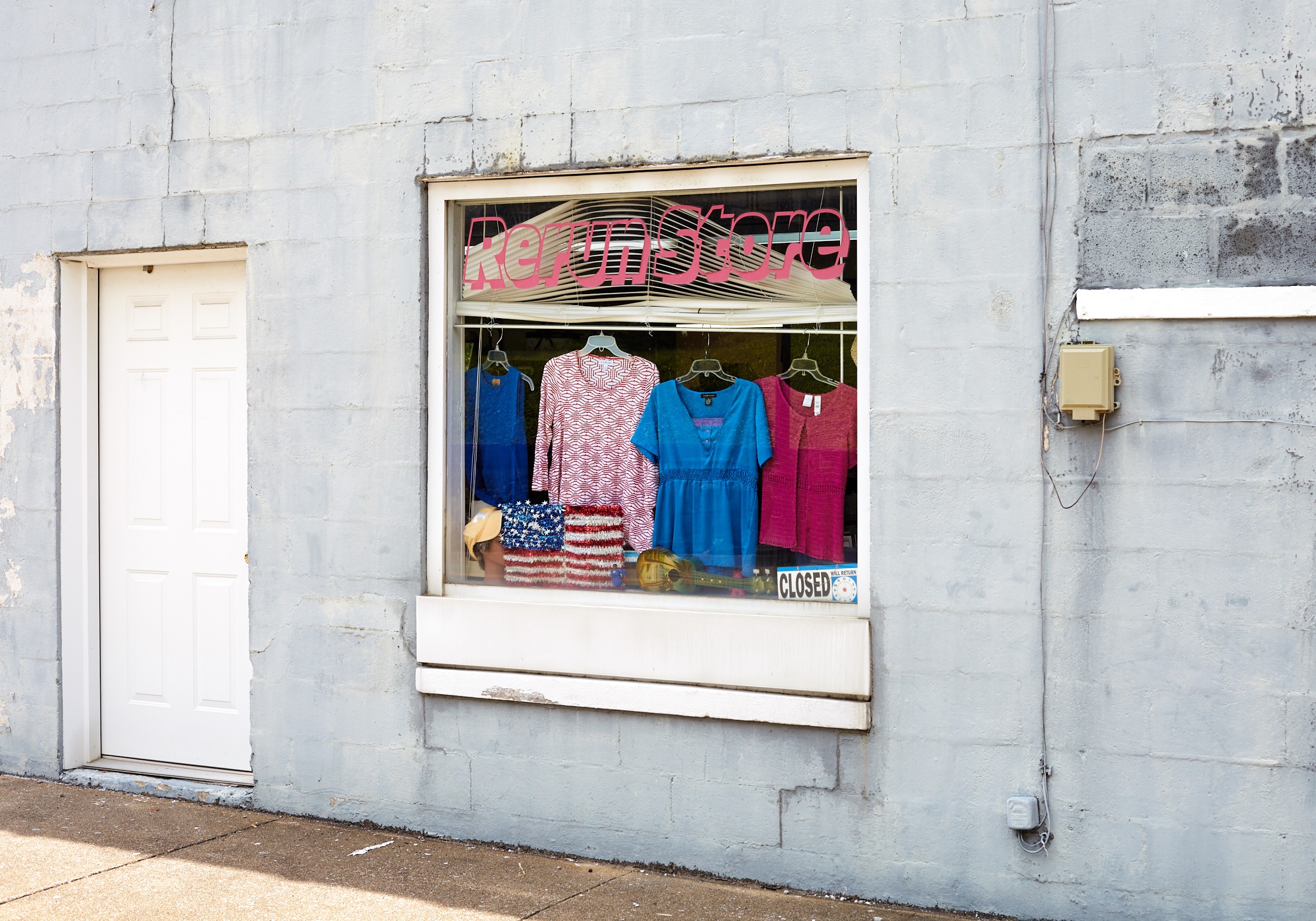 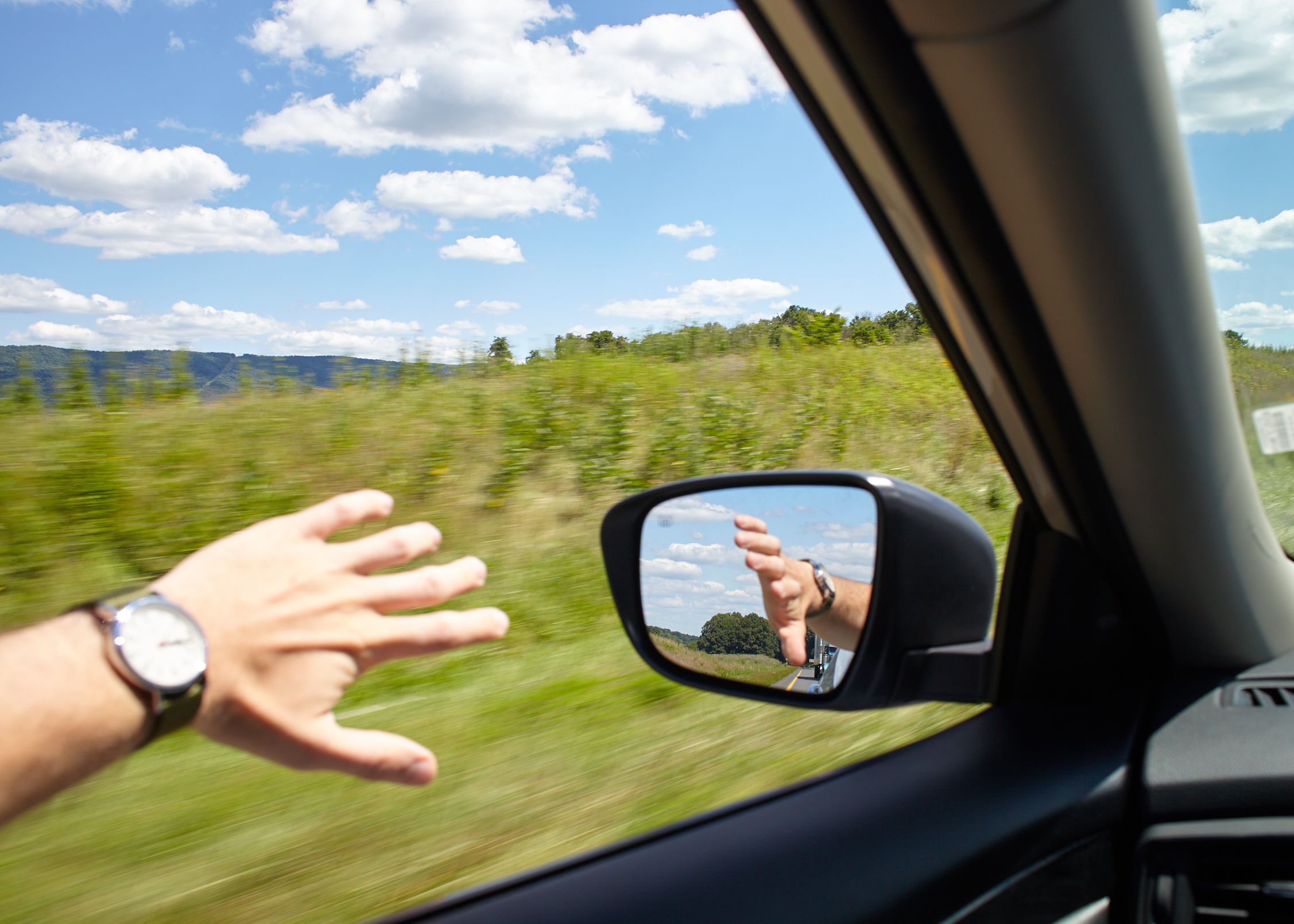 Linkedin
RELATED ARTICLES
OTHER ARTICLES
Financial turmoil is pushing people who work in the sex industry into more dangerous and desperate situations as a means of survival.
The idea that a younger generation is abandoning work has become a popular narrative online, but it doesn’t necessarily reflect reality.
A group of young Palestinians have found temporary freedom in the act of parkour, reimagining wreckage and ruins as a series of high-octane playgrounds.
A 37-year-old woman shares how her abortion led her to become a clinic worker, and the abuse she’s received in that role.
Yesterday thousands gathered outside Buckingham Palace after news of the Queen’s death broke.
Photographer David Corio’s archive offers a glimpse inside a revolutionary era of music and nightlife.