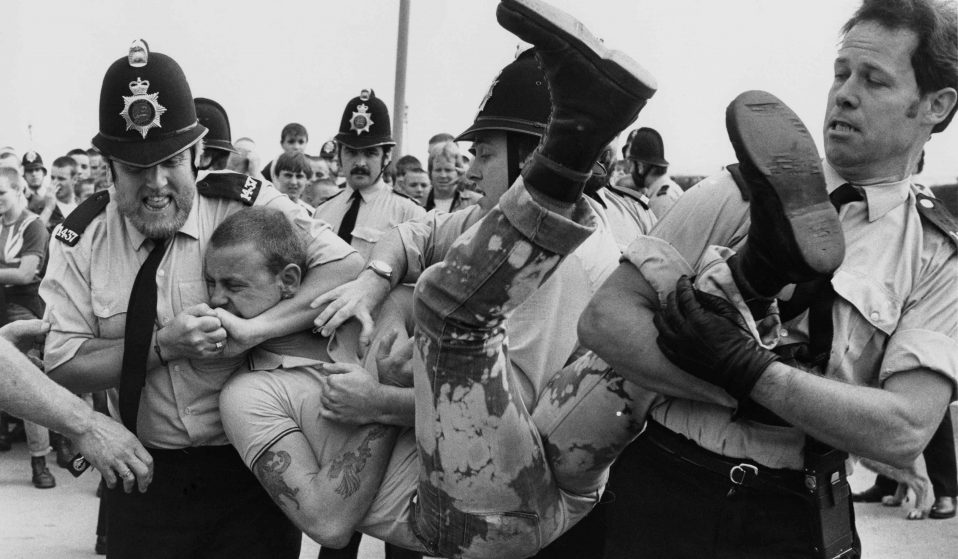 Although I’m now known as a showbiz photographer, I actually come from a newspaper background. I could easily have been a war correspondent if things had gone that way.

As a young news photographer circa 1977 through to 1985, I would be doing every big news story around England. From the Brixton riots and the Tottenham riots, to big cases at the Old Bailey. I have a famous picture of the Scottish serial killer Dennis Nielsen called ‘Eyes of a Killer’. I followed football hooligans to away matches, like when West Ham played Chelsea – quite tough games in those days.

That’s a young man’s game. You do that for the first five or six years, then you start thinking about doing something a little gentler. Although, when you’re in the middle of fans chasing Michael Jackson, that’s pretty rough too.

The big story of that period was the rebirth of the ’60s phenomenon known as the Teddy Boys vs the Rockers. It reappeared again in the early ’80s as the Skinheads against the Rockers. This was sort of at the height of it.

Historically, the big punch-up was always in Southend, Blackpool or Brighton. Gangs of skinheads would organise with each other to go down, and so would the Teddy Boys. If you think of Quadrophenia, that’s pretty much it. It was known that they would be there on a Bank Holiday Monday, so if you wanted a punch-up, that’s where you went.

I was sent by The Sun to go down there. I drove my little car down, parked up at the train station, which is where it always started, and went looking for the action. They’d appear from all around England and go to the pier to start punch-ups.

The police were very, very tuned into all this, so they’d usually catch them before they got into any big trouble and herd them towards the seaside front. They wouldn’t realise they were actually being herded to a dead end. Then they’d herd them, like a football crowd, back to the station and throw them back on the train.

Once I was talking to a policeman and I said, ‘Oh, God, this must be a real pain?’ And he said ‘No, we’re used to it. They don’t even buy a return ticket because they know they’re gonna get herded back to the train and get thrown back on it for free!’

These guys would go around literally looking for a fight. They could have a fight in a bathroom, they’d terrify people walking their children in prams, running up and down to the prom starting fights. Back in those days, the civil disorder was not for any good cause, it was just for vandalism and yob-ism. Whereas nowadays, we’re seeing a politicised situation where people are rioting for a cause which is a lot different.

What I love about this shot is the sort of toughness of the police at the same time – they both reflected on each other. These guys were troublemakers, and the police weren’t going to mess about. You can see, there’s a crowd of about 200 skinheads there. The police picked on a ringleader, grabbed him and pulled him out.

As I’m taking this picture, I heard someone say: ‘Great shot, kid.’ I turn around and over my left shoulder is Don McCullin, who is like the greatest war photographer England’s ever had. I couldn’t believe it. He didn’t know who I was, he just said it. Obviously, my picture ran in The Sun with no byline, his picture was probably on a double page spread in The Sunday Times.

Whether you’re capturing a news moment like this or photographing a celebrity, having an eye that sees a great picture is obviously still important. Hopefully, that’s something you never lose. These things happen in an instant, daily, and you’ve got to be ready for it. Someone might be standing right next to you but they won’t get that same picture. It’s a dark art.

(As told to Gary Grimes) 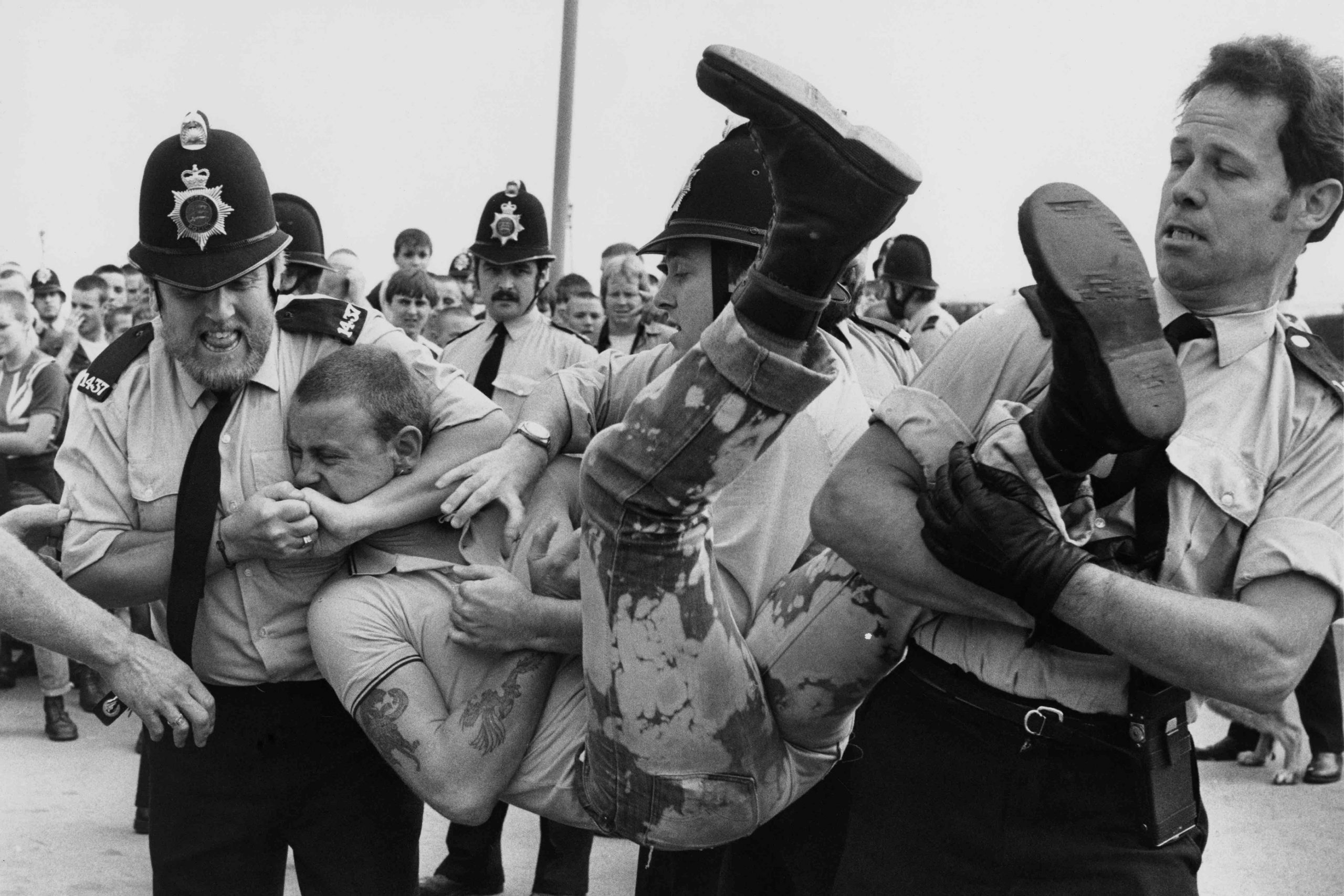 See more of Dave Benett’s work on his official website.

Linkedin
RELATED ARTICLES
OTHER ARTICLES
Over the years, a swimming hole in a city park has evolved into a magnetic meeting place for Philadelphians – a hideaway where people can connect with the natural landscape, and each other.
The curators of a new exhibition are hoping to shed light on Plymouth’s vibrant but often overlooked nightlife.
A new edition of a seminal book brings together iconic images of the band onstage in their full glory and backstage in moments of unguarded camaraderie.
Photographer David Hoffman recalls documenting the extreme wealth inequality around Tower Hamlets and Hackney int the 1980s.
On the fifth anniversary of the tower fire, around 18,000 joined the walk to remember the 72 dead and to demand justice.
In the latest instalment of Photographers in Conversation, the chronicler of raves, protests and beyond explains why he’s drawn to such specifically visceral environments.