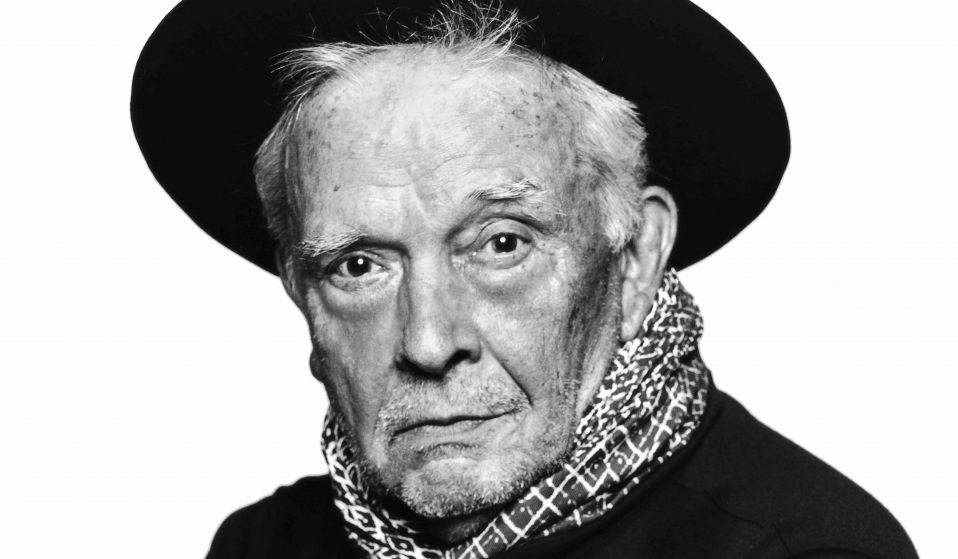 As he gears up to release a new book on his adventures in Peru, we sit down with the veteran photographer to talk swearing, switching off and why he reckons digital cameras ruined photography.

As he gears up to release a new book on his adventures in Peru, we sit down with the veteran photographer to talk swearing, switching off and why he reckons digital cameras ruined photography.

It’s a grim old day in London, though David Bailey isn’t too bothered. “Miserable Monday, but it could be worse,” he says, before falling into one of his trademark, impromptu giggles. “Today’s quite easy for me.”

By now, his work needs no introduction: synonymous with the excess and glamour of the swinging ’60s, he shot everyone from Bob Dylan to the Kray twins on his way to becoming one of Britain’s best-loved photographers. And at 80-years-old, he’s still as sharp as ever.

His new book, Bailey’s Peru, sees him sharing images from two extended trips to the eponymous destination (first in 1971, then again in 1984). Published by HENI, it entangles his love for fashion, portraiture and documentary photography in what is a comprehensive collection of photos.

“People can still be snobbish about fashion photography. That’s why I put fashion in the book,” he explains. “I thought, do the art shit, then stick in some fashion. It’s the first time I’ve done it really, but I thought it was quite a good idea. If people don’t like it, too bad.”

Ahead of the book’s release, Huck caught up with the veteran photographer for a suitably quick-fire chat. 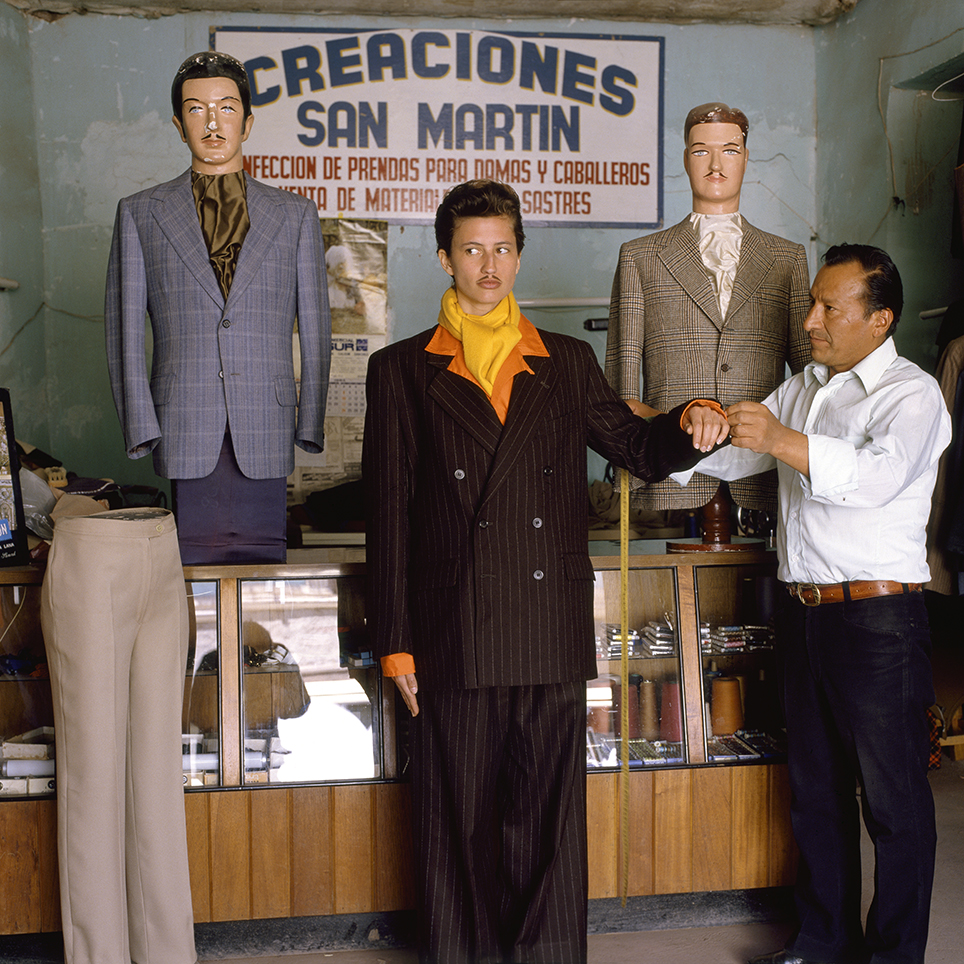 What first brought you to Peru?
I think Vogue asked me to go. One trip was for Vogue, one was for Tatler. But I would stay and do what I liked after the assignment. I did the fashion in the morning, then the afternoon was mine.

Despite being on assignment, you seemed to have a lot of creative freedom. Was that always the case?
I always had freedom. If not, I didn’t do the job. There’s no good doing a job if you’ve got people telling you what to do – you might as well not do it. I just did the jobs that gave me freedom, otherwise it seemed like a pointless exercise. If there’s an art director telling you what to do, then they should do the picture themselves.

Are they the kinds of trips a photographer could make today?
Nowadays you don’t have the luxury of time. With the Peru photos, I probably spent three weeks there – we actually made a film, as well. I mean, there’s never enough time. But back then was different. 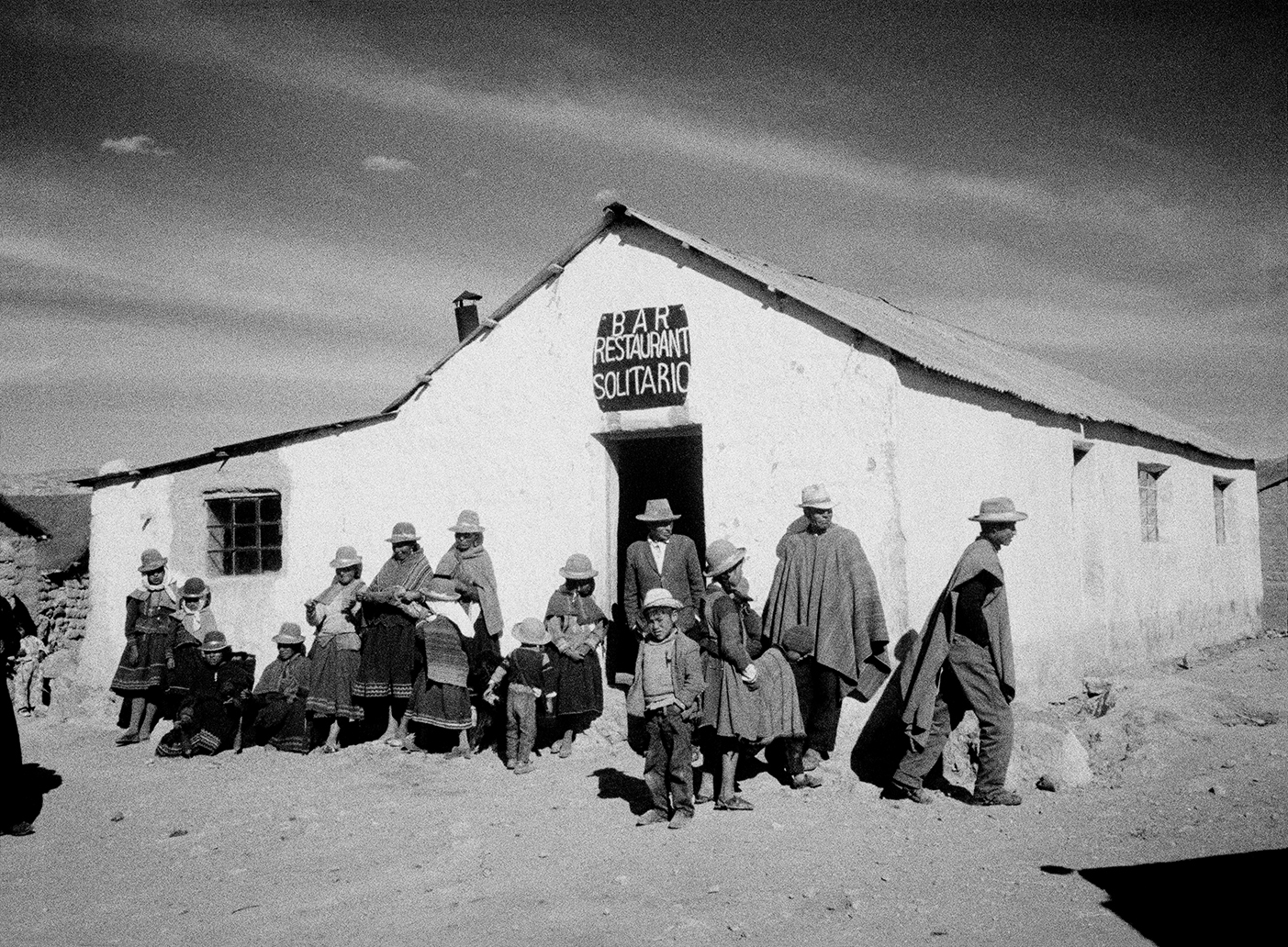 Do you still consider yourself a workaholic?
Yeah, I don’t really switch off. I like working!

You’ve said in the past, because you were brought up working class, that maybe you thought more about money than others.
Yeah when I was younger. Not now – I don’t care really. As long as I’ve got enough to get by on, I’m okay.

When you were starting out, did you find that your background ever held you back?
Because of my background, I’d always have a bit of, ‘Oh, doesn’t he talk cute!’ – things like that. But it was alright, really – there were some nice ones.

Sheila Wetton [former Vogue Fashion Editor], she swore like a trooper. Back then, I didn’t know posh people swore! I was quite shocked when she said to me, ‘What the fuck are you doing up on that ladder?’ That was the first time I met her. There was snobby ones, but they all disappeared eventually. 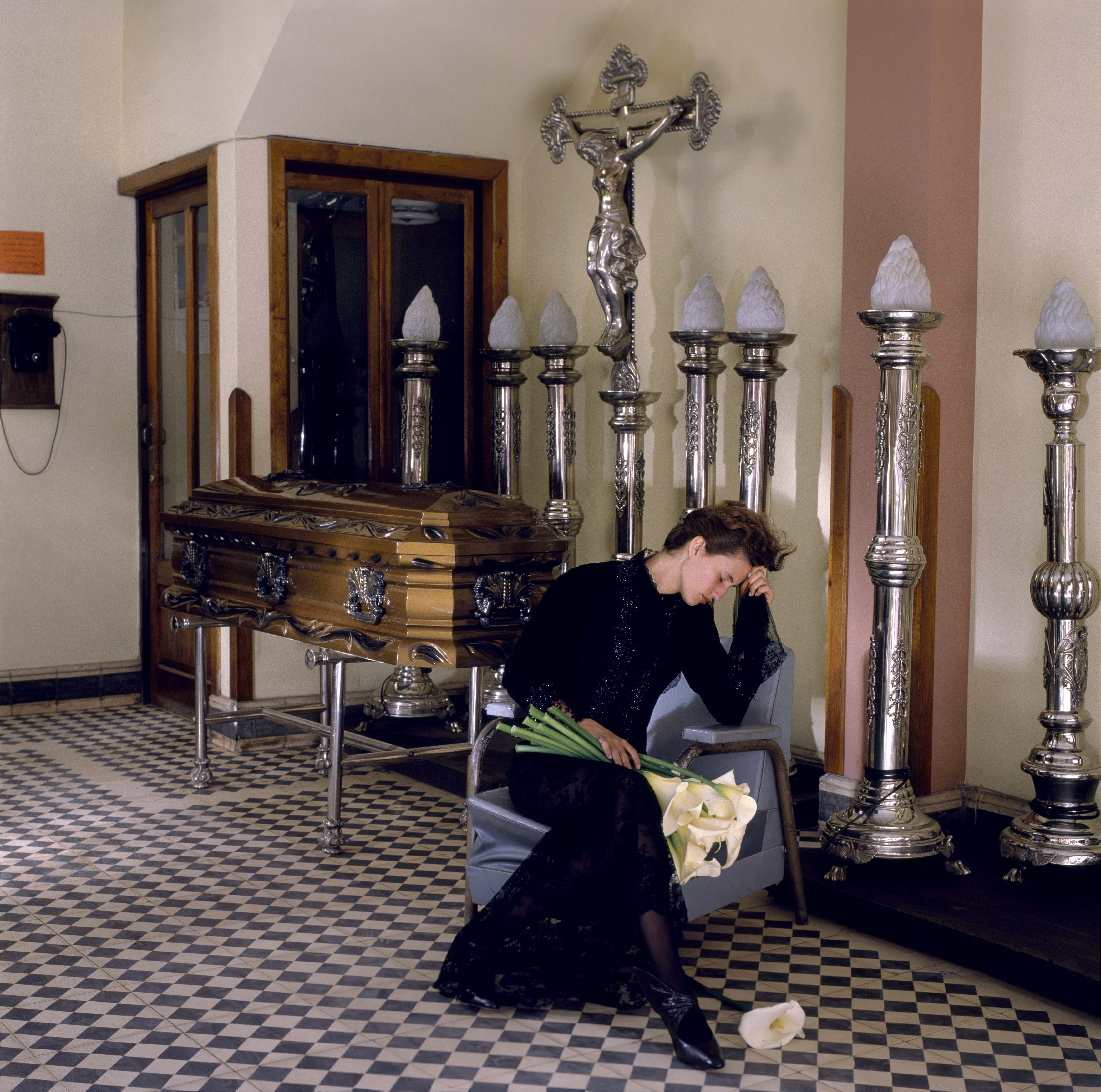 What’s been the biggest change in photography since you first picked up the camera?
Digital cameras ruined photography. Or [perhaps they] made it. I don’t know, it depends on the way you look at it. Luckily, I don’t do those kinds of photographs. But anyone can do those photographs now. Its not real at all. Even the skies are fake!

I mean I’ve got digital cameras, but I never use them. Only if I go somewhere dodgy. I don’t go to those places much anymore, but if I do I want to be quick [laughs].

You’ve spoken about how the process of getting to know the person you were photographing was always much longer than actually shooting them.
I always spent more time talking to my subjects. I’d only spend 10 minutes taking the picture, but I’d spend a couple of hours talking to them – if I could. With directing though, that’s different. You have to be quick, because working with actors is a nightmare. Not that you ever had great actors in commercials, but they were still actors. But I got by. 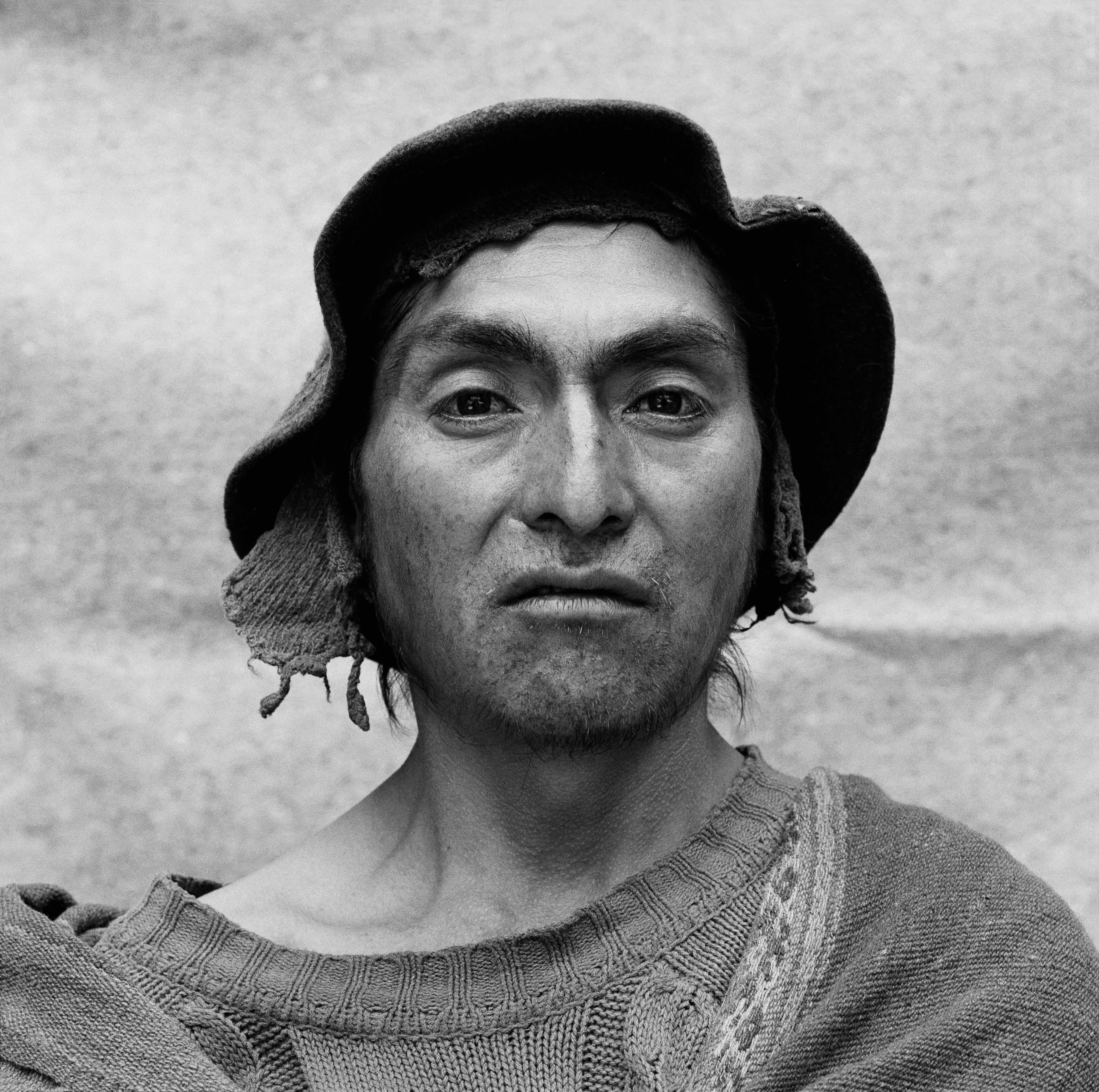 How, in your view, has the internet impacted photography?
It doesn’t bother me, really. We’ve got it all at the studio, but I’ve got so many people there working on computers that I don’t really need to do them.

We couldn’t do as much without it. It used to take five years to do a book, I can do one in five months. It’s much quicker now. People who say that its desensitised us to images are probably right, but I don’t care. I just do what I do.

Do photographers ever ask you for advice?
I wouldn’t ever give anyone advice. I think they have to do what they want to do. It’s a bit condescending for me to say, ‘Do it this way’, or, ‘Do it that way.’ I think you’ve got to do it the way you can.

I wasn’t given any advice when I started, fortunately. I only ever worked with one photographer – 11 months with someone called John French. He was a very nice man. Not a great photographer, but he helped me. A good guy.

What do you think your legacy will be?
My legacy? Oh I don’t know. I don’t really care. I’ll be dead anyway, so it won’t make any difference [laughs]. I’m not religious, as you can gather. I think when you’re dead, you’re dead, mate. That’s it. It’s all gone! 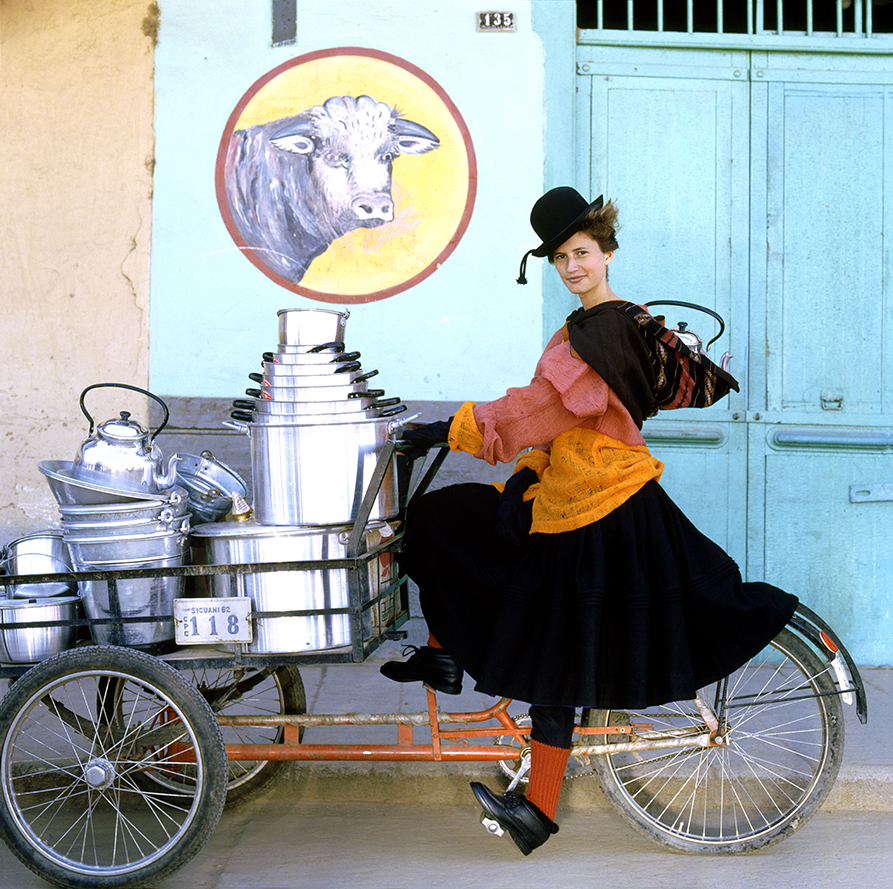 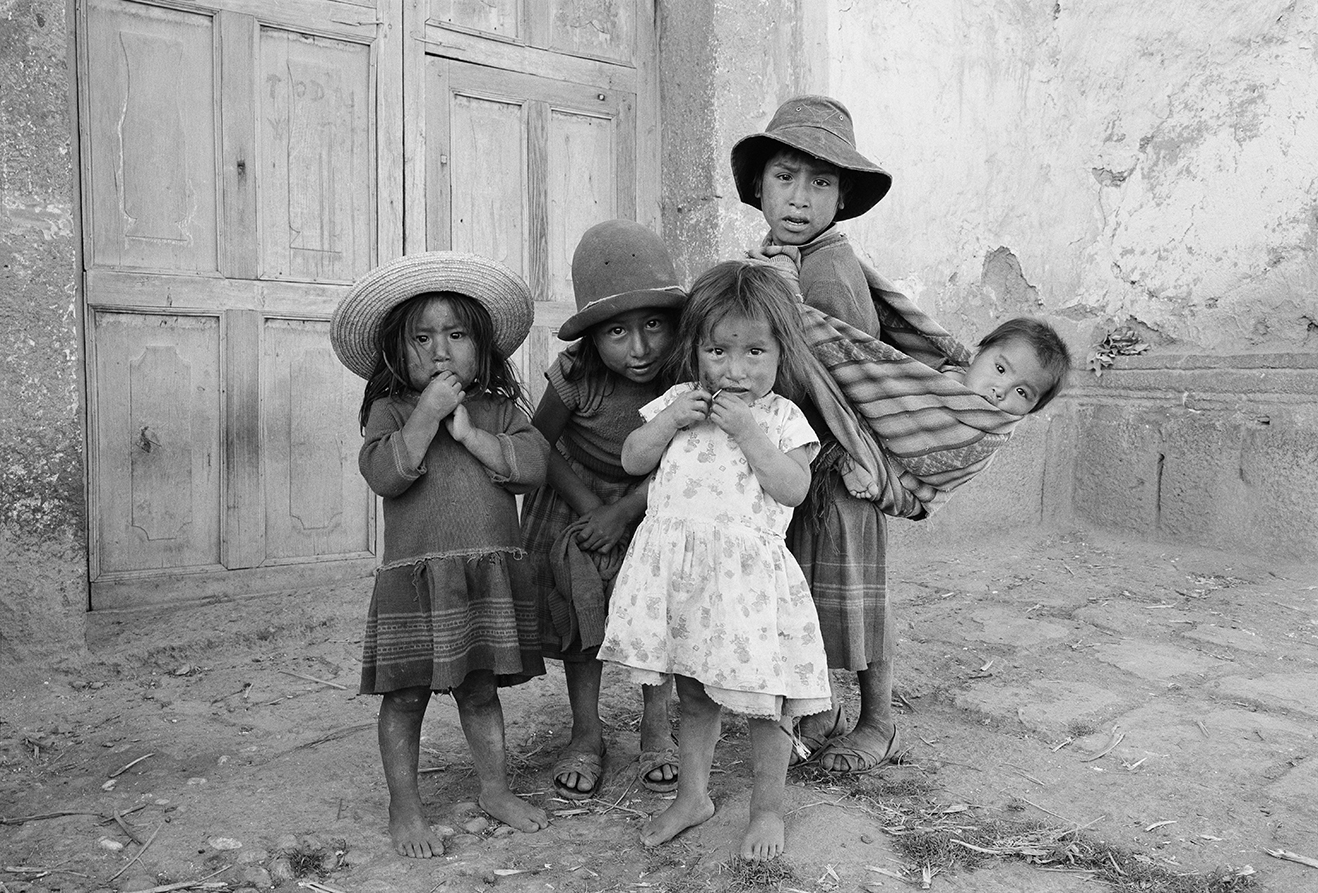 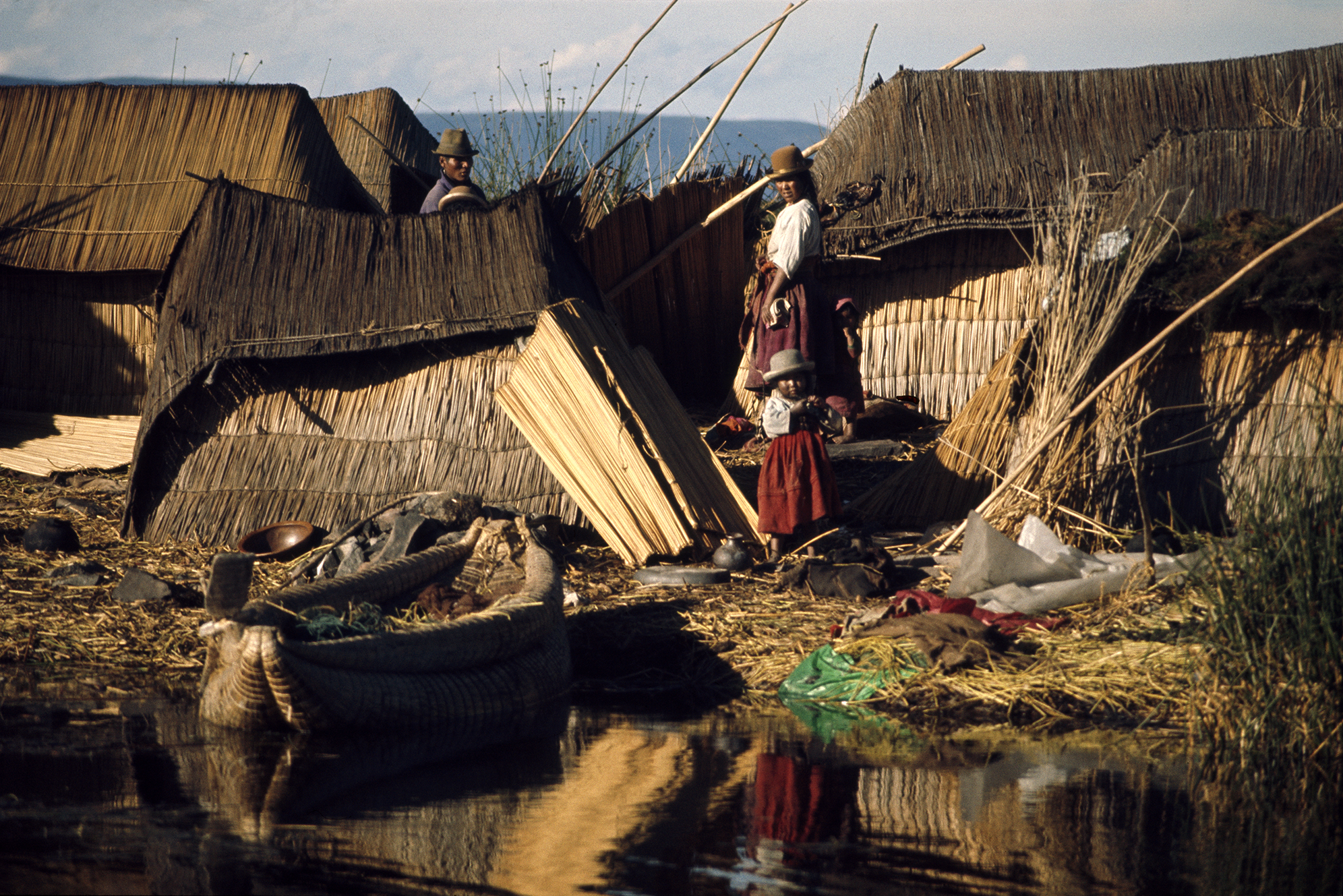 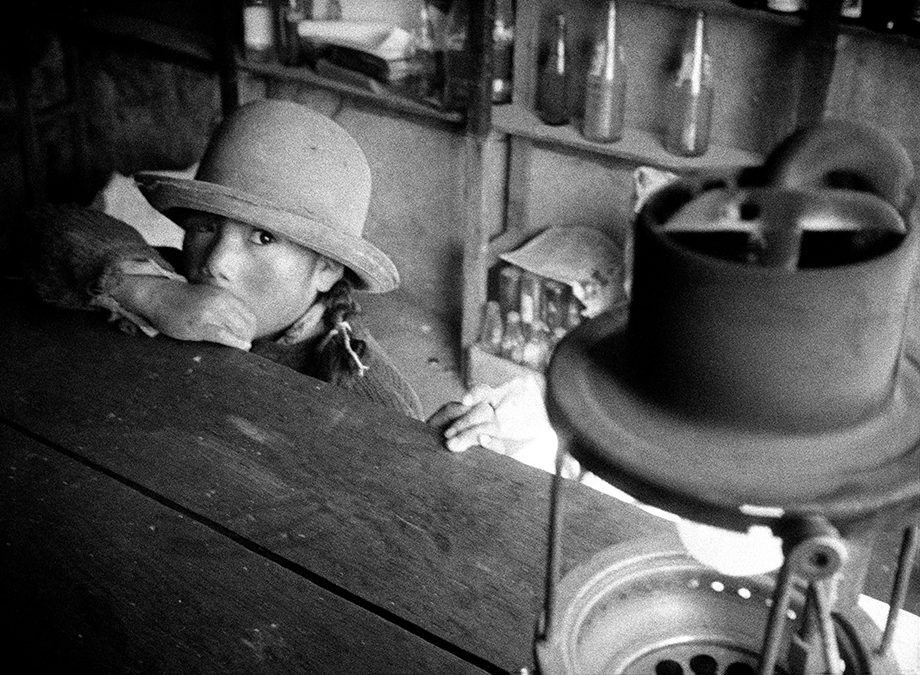 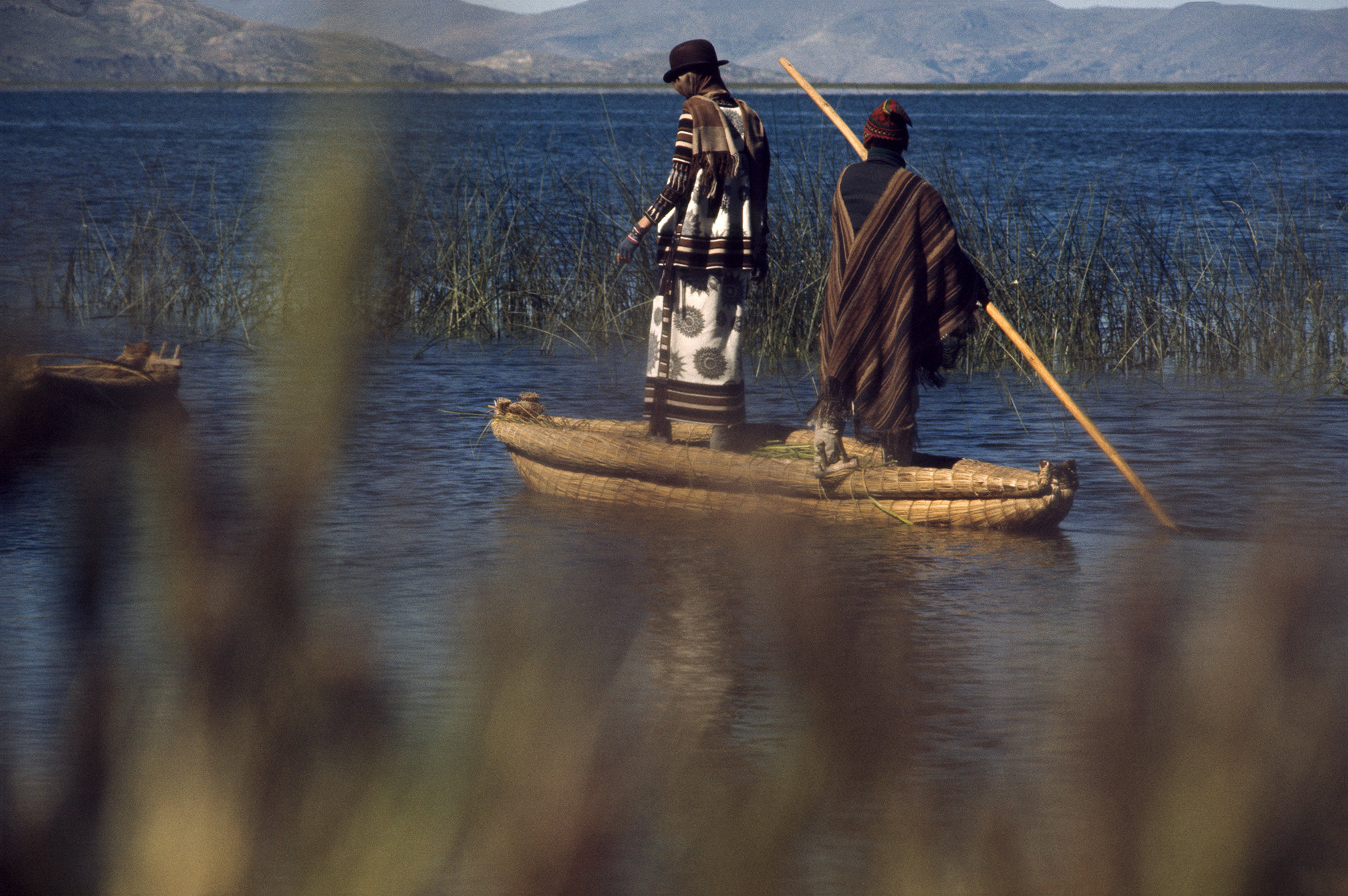 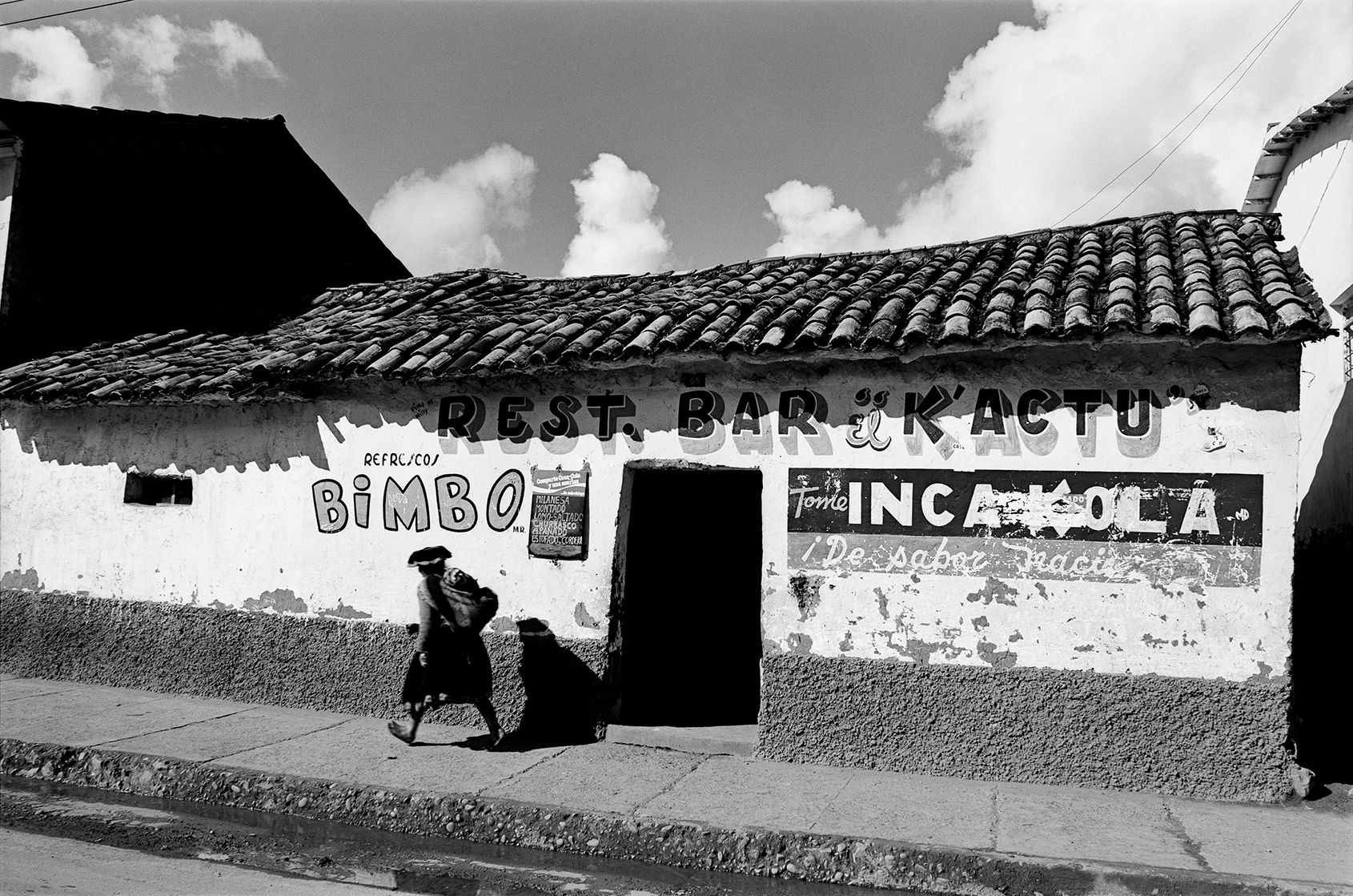 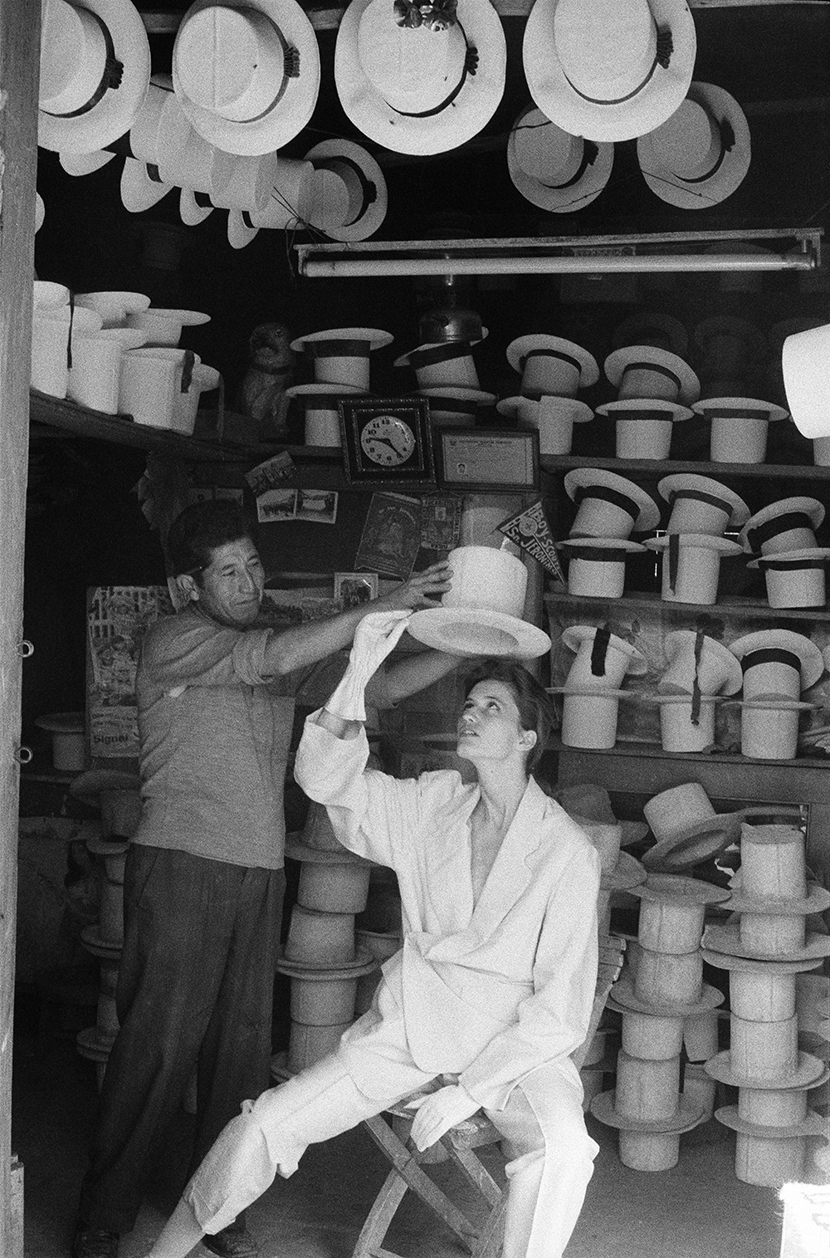 Bailey’s Peru is available in November 2018 from HENI Publishing.

An accompanying exhibition is showing from 19 October – 21 December at London’s HENI Gallery.

Linkedin
RELATED ARTICLES
OTHER ARTICLES
Over the years, a swimming hole in a city park has evolved into a magnetic meeting place for Philadelphians – a hideaway where people can connect with the natural landscape, and each other.
The author discusses the all-consuming nature of heartbreak, and turning the experience into an incisive exploration of love and loss.
Photographer David Hoffman recalls documenting the extreme wealth inequality around Tower Hamlets and Hackney int the 1980s.
Freddie Miller’s new series of photographs investigates who today’s trainspotters are and what drives their unfettered enthusiasm.
On the fifth anniversary of the tower fire, around 18,000 joined the walk to remember the 72 dead and to demand justice.
Proposals to introduce a minimum GCSE threshold for student loans will disproportionately affect those from marginalised backgrounds.