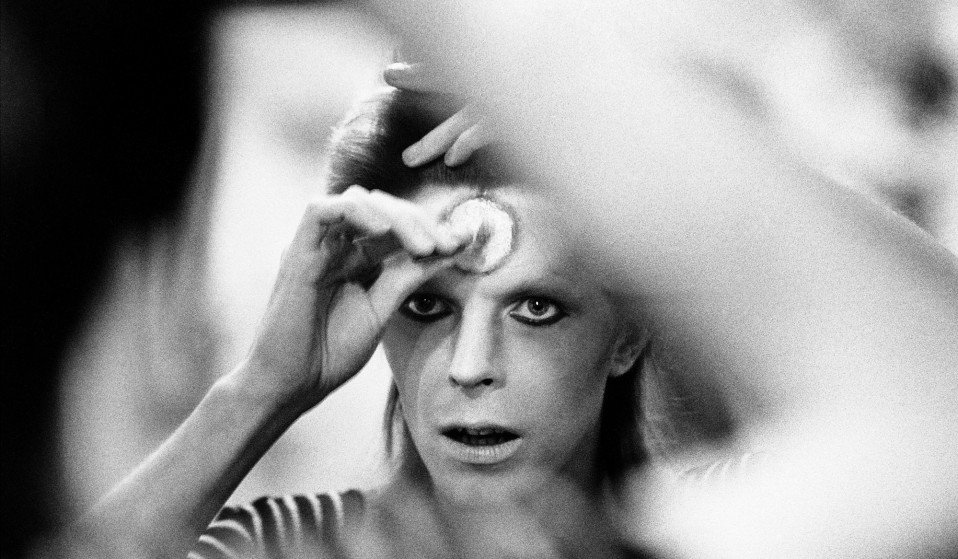 One of the world’s most prolific rock’n’roll photographers and long-time friend of the late David Bowie, Mick Rock gathers together his most personal moments with the starman for a new exhibition with The Print Room.

One of the world’s most prolific rock’n’roll photographers and long-time friend of the late David Bowie, Mick Rock gathers together his most personal moments with the starman for a new exhibition with The Print Room.

“I do not use the word ‘genius’ lightly, but if David Bowie is not a genius, then there is no such thing,” Mick Rock famously said following Bowie’s death earlier this year – an announcement that shook the fabric of the music world and beyond.

Insights into Bowie’s personal life were highly sought after the press, but very few journalists or photographers were capable of pulling off the task in order to feed the frenzied public, starved for attention by the man they had become so emotionally invested in. 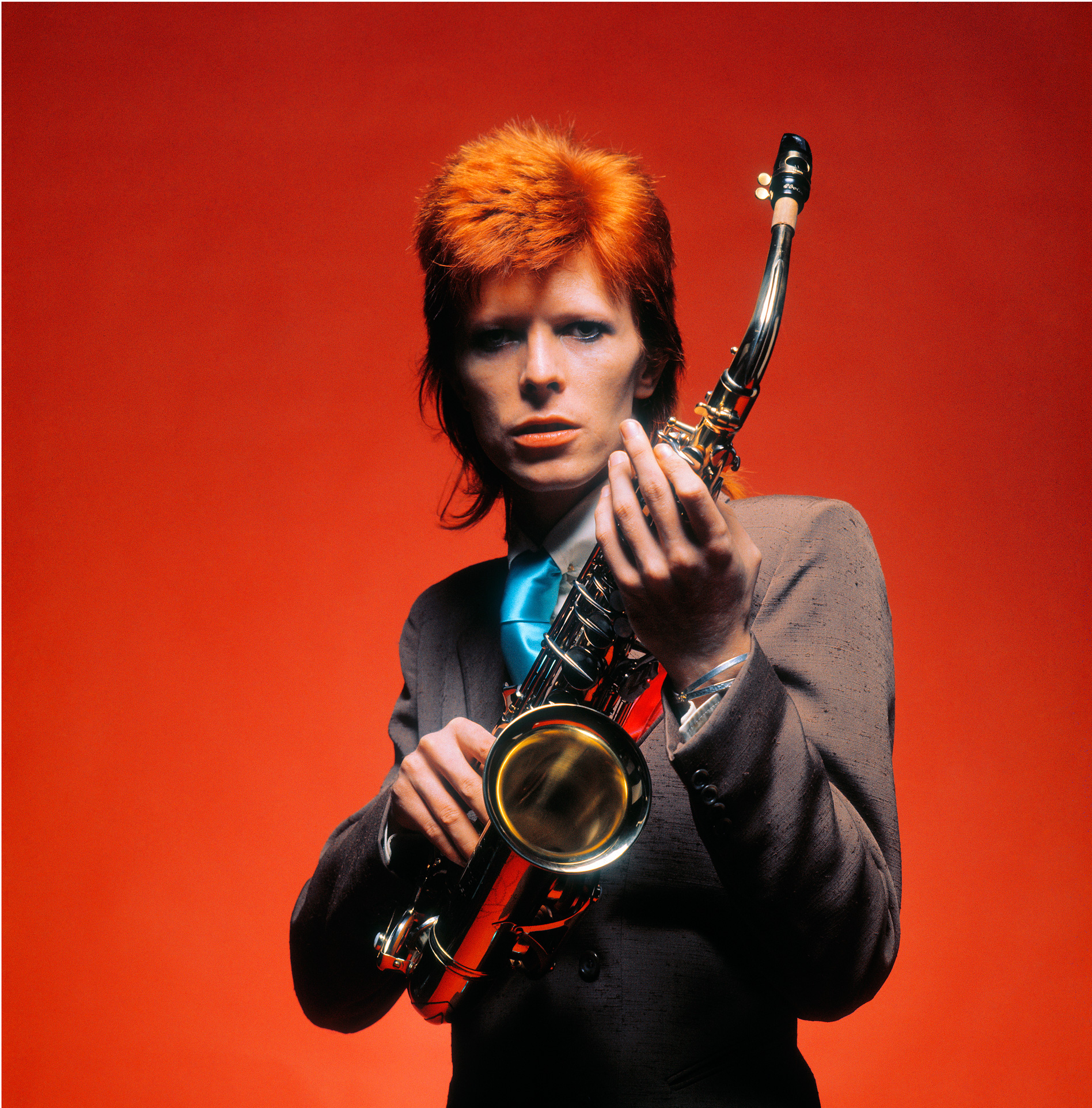 Rock made friends with Bowie in 1972 and went on to create and capture some of Bowie’s most exciting and iconic visual work. Now with a new exhibition at Beetles + Huxley, Rock has put together a collection of photos of his time with Bowie – a look at the life of a man who remained very secretive about his personal life, yet remained unreservedly devoted to those close to him.

Since his death, many photographers have released images of the Brixton boy, all in hope of giving us a more intimate look into the life of a man who very few were lucky enough to have as a friend, yet we all felt we knew personally. 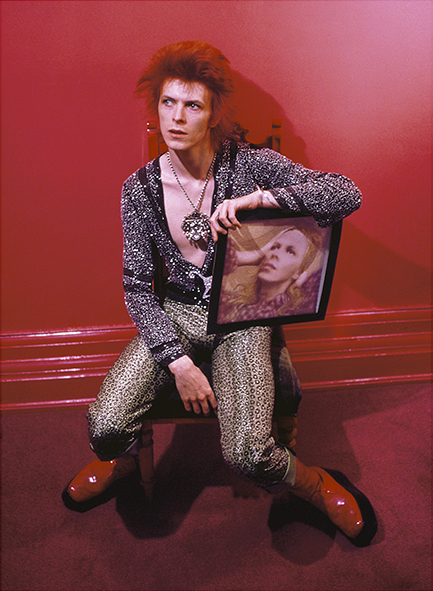 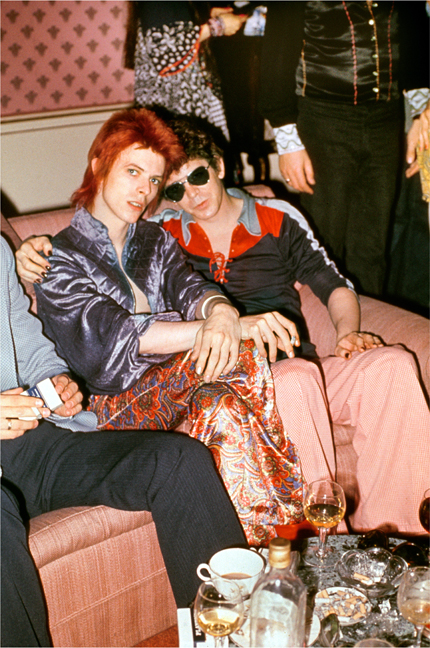 None, however managed to capture such intimate work as Mick Rock, whose close relationship with Bowie gave him access to some of the man’s biggest and most memorable moments. Rock captured iconic images of him as Ziggy Stardust and his later transformations, as he was catapulted  into the realms of international recognition.

The images feature moments from something as casual as a smirking Bowie, hiding behind a lit cigarette, staring down the camera in a rarely spontaneous shot; to exceptional highs such as the performance shot at Earls Court, London, playing the character of Ziggy Stardust and heavily covered in surreal makeup. 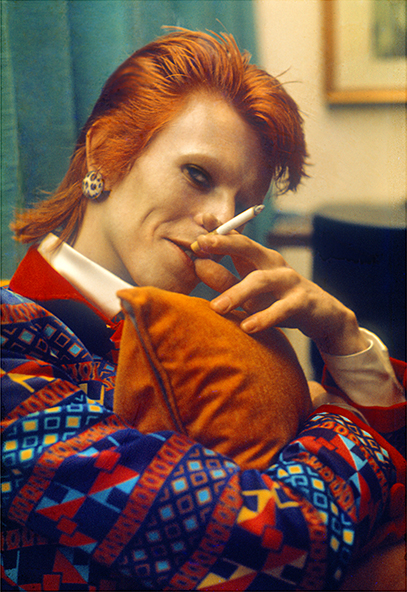 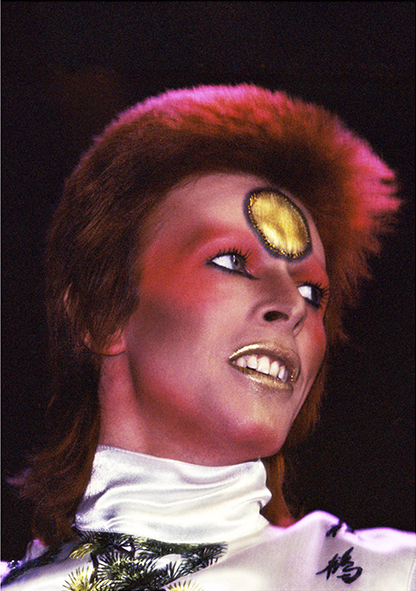 Rock’s collection also features familiar faces in the likes of Lou Reed, Syd Barrett and Kate Moss. Rock’s close relationship with both glam rock and punk brought his work to the attention of some of the world’s biggest performers, including Queen who employed Rock’s talents for the now widely known cover of their sophomore album, Queen II.

Rock’s candid portraits of Bowie are artefacts of his life, bits and pieces of history which give us better knowledge of exactly who this remarkable man was, both on and off stage. 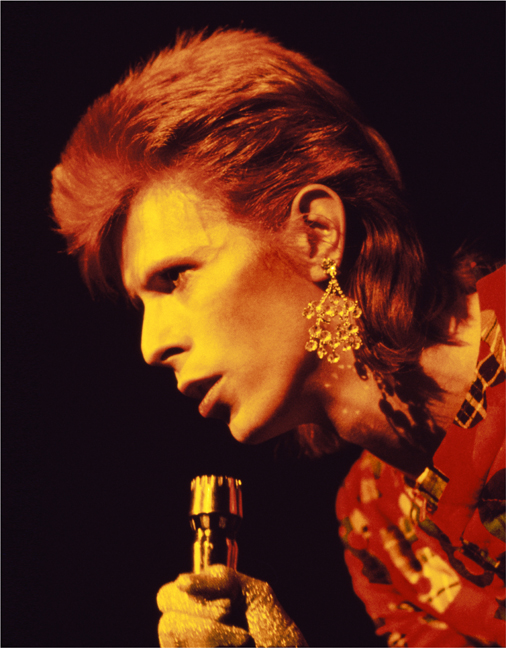 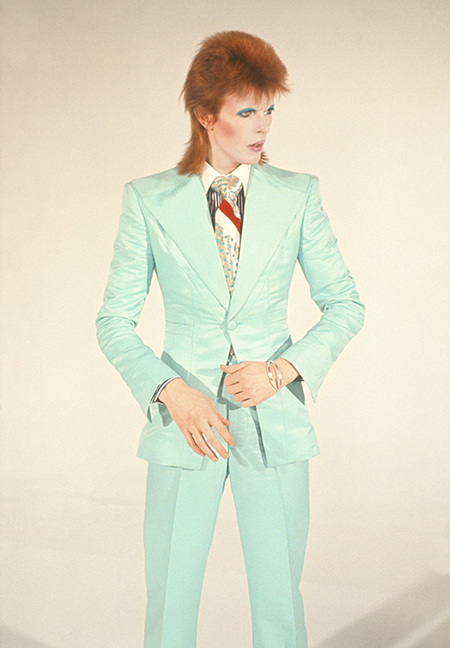 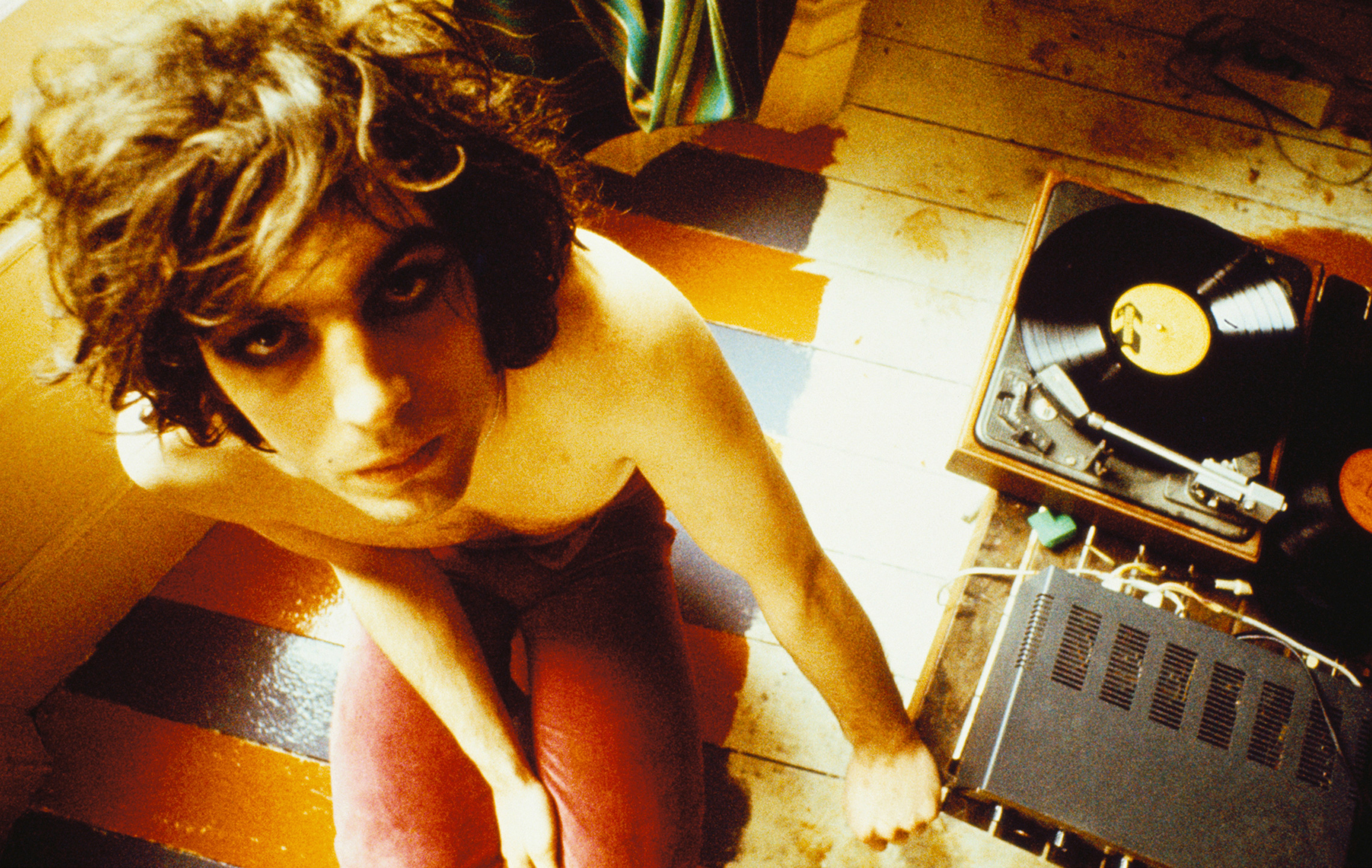 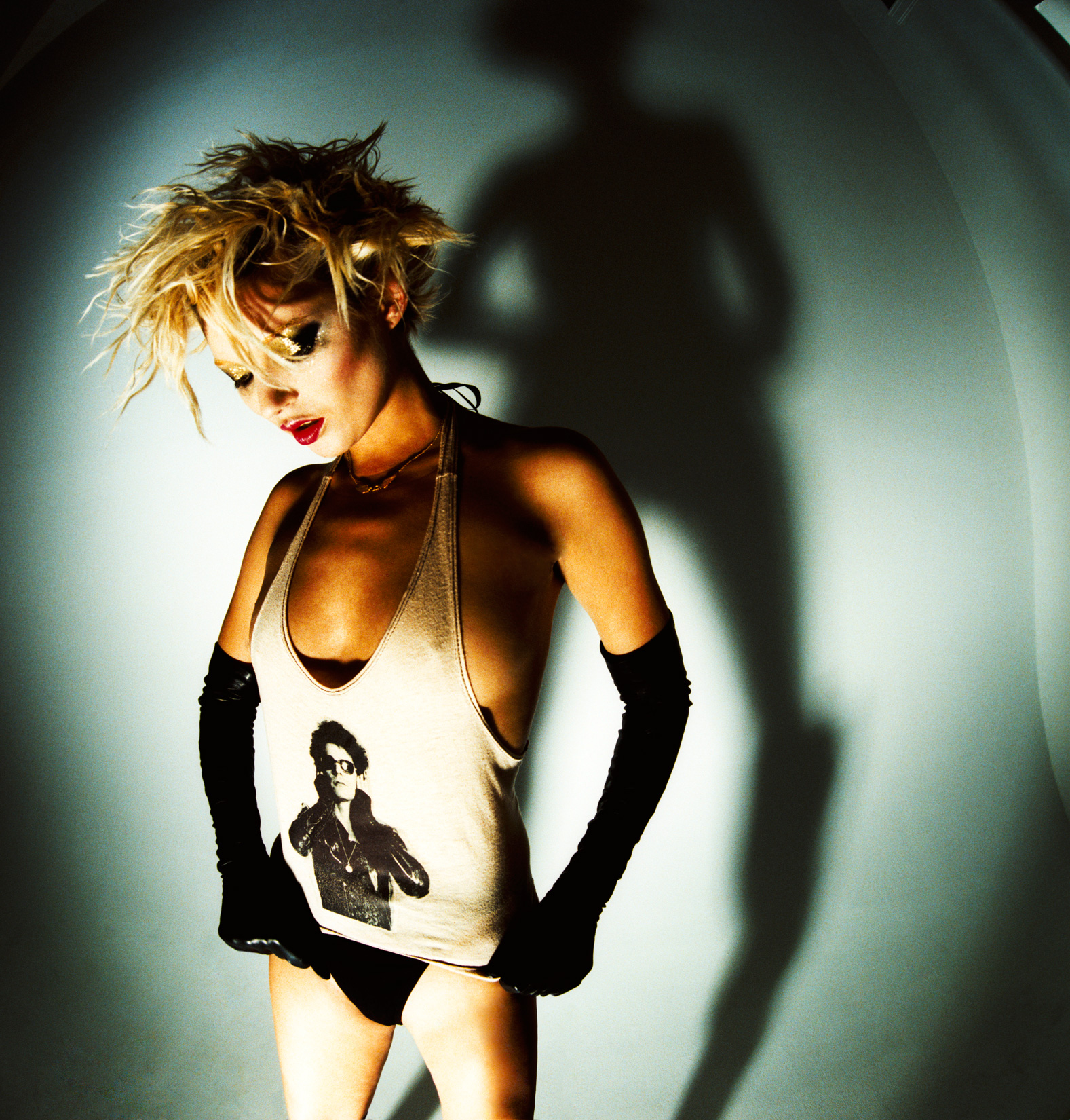 Spotlight on David Bowie by Mick Rock is being shown by The Print Room at Beetles + Huxley, London.

Linkedin
RELATED ARTICLES
OTHER ARTICLES
A new law change is enabling Britain’s donor-conceived children to know the truth about their origins – but campaigners say the fertility industry must do more to protect people.
After blocking the Scottish government’s gender recognition reform bill, Westminster is now devising further changes to the law to make it harder for trans people to self-identify.
Activists and campaigners are fighting back against new laws that would seriously undermine the ability to take industrial action, calling it an attack on fundamental workers' rights.
Campaigners reflect on what the supreme court’s decision to allow buffer zones in NI means for the future of reproductive rights in the UK.
Mass crustacean die-offs in the North East have led a community of fishermen to take action to save their seas.
After building his reputation covering the US civil rights movement in the 1960s, the photographer went on to produce some of the most enduring images of the past century.