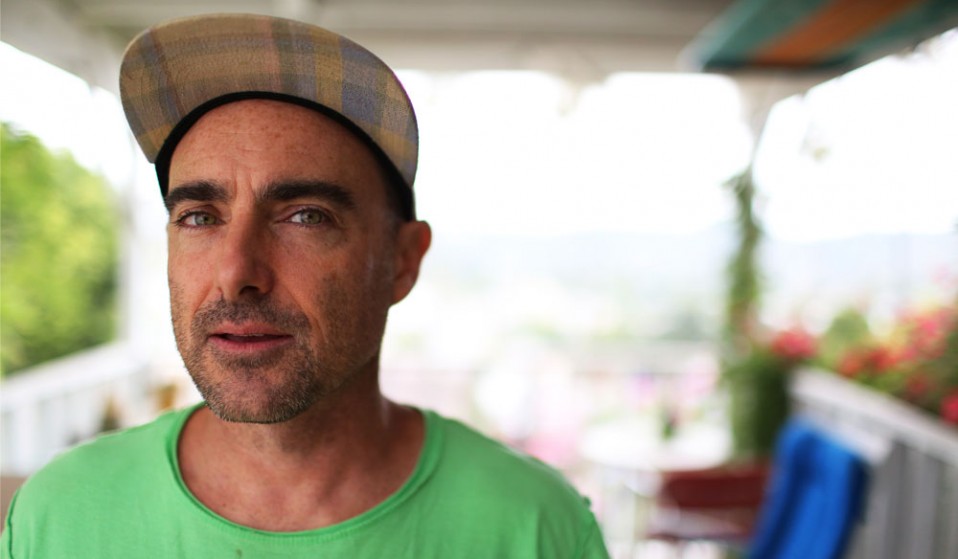 “There are lots of similarities between the world of adult entertainment and skateboarding,” says LA photographer Dennis McGrath. We’re sitting on the fragrant terrace of his home in LA’s Highland Park, the mad lyrics of mockingbirds punctuating the conversation. “The adult industry is kind of a subculture like skateboarding. I think both attract the same kinds of people.”

Having grown up in suburban New Jersey and moved to Texas as a teenager, in 2001 Dennis found himself in San Francisco, shooting on staff for now-defunct Big Brother magazine. At the time, Larry Flynt was the big cheese publisher, pulling Big Brother into the same house as Hustler magazine. “I worked in that building for at least a year,” he says. “I met this cool guy there who was a director in porn. He used to skate and he played in a punk band and so we had a lot in common. I asked him if he would let me come on set and shoot behind the scenes and that was it.”

Dennis quickly recognised something in this new subcultural terrain; something about the tightness of the crew and the outsider status of porn reminded him of his experiences in skateboarding. So he started to shoot, drawing new parallels between the two worlds. “I had grown up in photography admiring the work of Cartier-Bresson and all the original documentary photographers who looked at the world in black and white. That was the sort of work I always wanted to do,” he says. “Skateboarding had been part of my life since I was a teenager and that was what I had been documenting. But when I encountered the adult industry, it was the first time I had stepped out of my own life and was able to look at it in that way. The adult industry was just this other world – but it was a world that I could relate to and that accepted me.”

Dennis is currently working on compiling the adult industry images, along with writing, ephemera and other material, into a book project. The real focus at the moment, though, is a book, on skateboarder, born-again christian and seasoned convict Lenny Kirk, epicly titled Heaven. 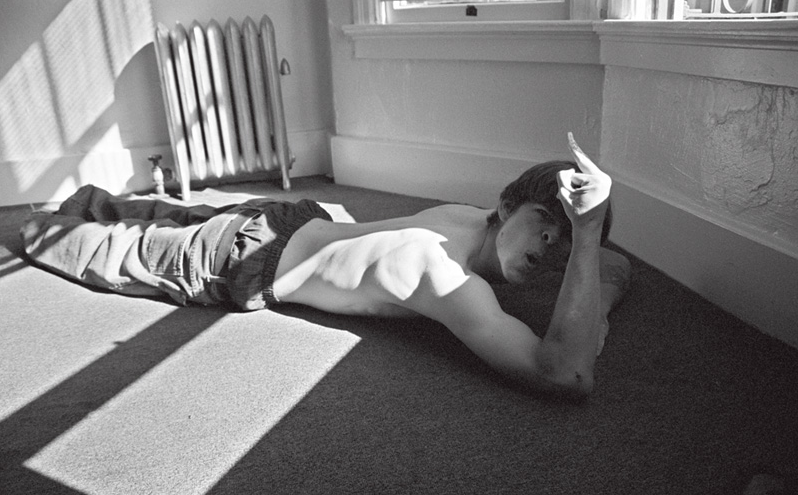 “Lenny was an amazing skater with a wild style and an even crazier personality,” he says. ”I’ve been shooting him since around 1994. He was friends of my younger brother and they’d travel together a lot skating. The book starts out in North Carolina, when he was a kid, and then it goes to when he moved to San Francisco, got saved by Jesus, had some accidents and all the stuff that led up to his being incarcerated.” The images are stunningly intimate – and Lenny’s edgy, freeform skate style is mirrored in the externals of his life. The book mixes all kinds of media to form a textured document, a reflection of all the creative chaos of a life lived at the margins. It’s reminiscent of the spontaneous stills of Robert Frank or Jim Goldberg. “It’s in-depth and it’s very vague in ways, too,” says Dennis. “I want people to be able to think about it in many different ways. I don’t want it to be just real cut and dry.” 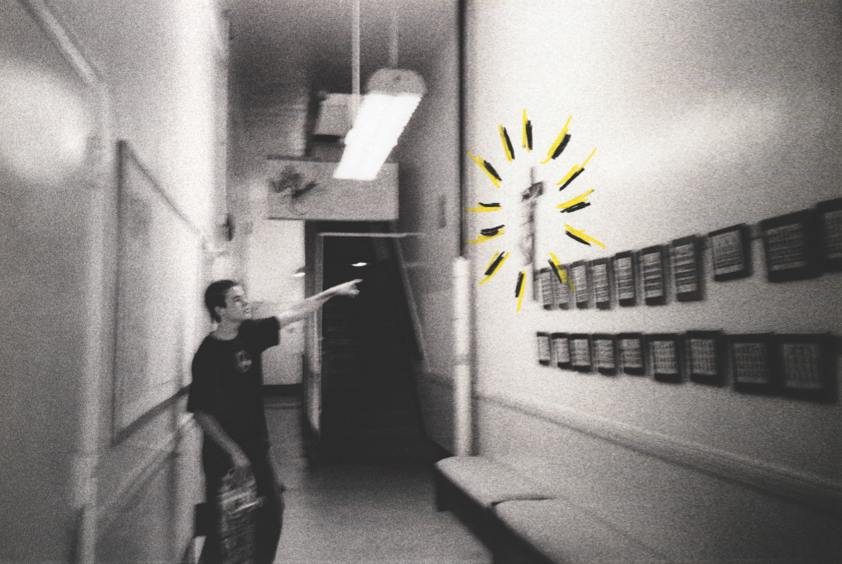 In its use of archive material, scribbled slogans and beautifully composed imagery, there’s a refreshing dynamism to the flow of Dennis’s work. It seems to fit into a category of its own – undefined by either high-end photo books in love with their own slickness, or base-level skate culture ephemera so ubiquitous in the iPhone age. “I just take photos to make things. I have a hard time thinking of myself as an artist,” he says. “I just think I’m a regular person who takes pictures. I mean, I’ve got over twenty years of photos and ephemera and all kinds of crazy shit. I look at what I do as experimental storytelling more than anything. I guess you could consider that artistic. It’s all about a point of view.” 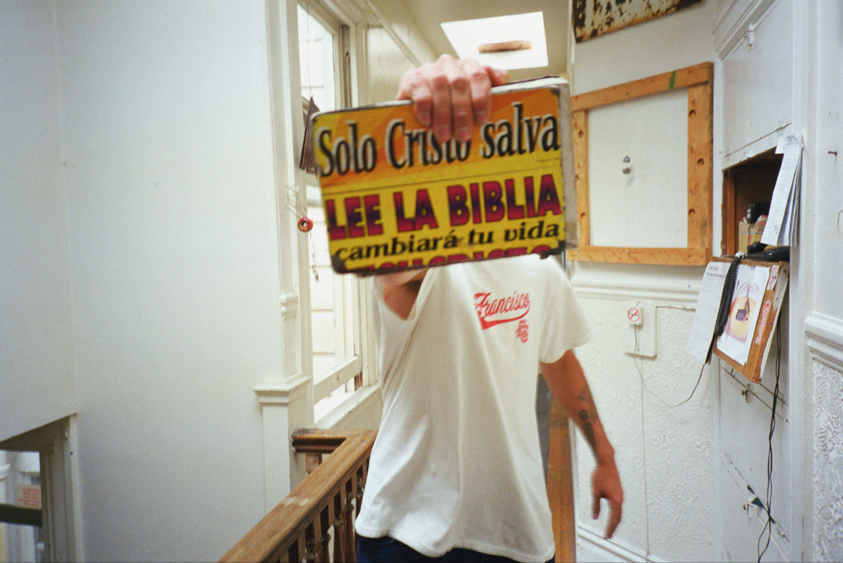 Heaven is being launched this Saturday May 10 at Arcana Books in LA. At the heart of the book there’s a sensitivity – a poignancy that is rare in work that has focused on skateboarding. There’s something there in Dennis’s empathy, which can only have been nurtured over his years of documenting the demonised. “Last time I photographed Lenny was in 2011,” he tells me. “He was on the run at the time, so I knew he’d end up going back into jail. I shot him real formally on a 8×10 film camera, and he asked me if I wanted him to smile. He told me he had a hard time smiling, because he had been in jail so much, and you can’t smile when you’re in prison. I realised at that moment how tortured you must be inside to not be physically able to smile.”

Heaven is launched this Saturday May 10 at Arcana Books in LA. 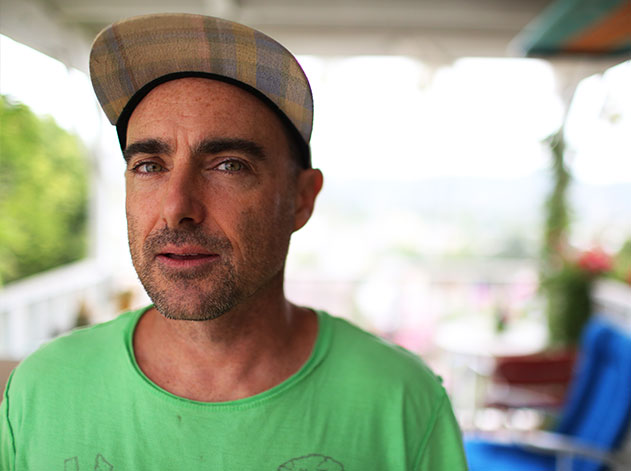 Linkedin
OTHER ARTICLES
“If you really think you are punk or DIY, you can’t just sit around and think you know it. You’ve got to put it to the test every day.”
A different side to the youth culture documentarian is revealed in stunning new book spanning his 20-year archive.
Documentary photographer Tobin Yelland embeds himself in underground scenes, developing a sixth sense for their definitive moments.