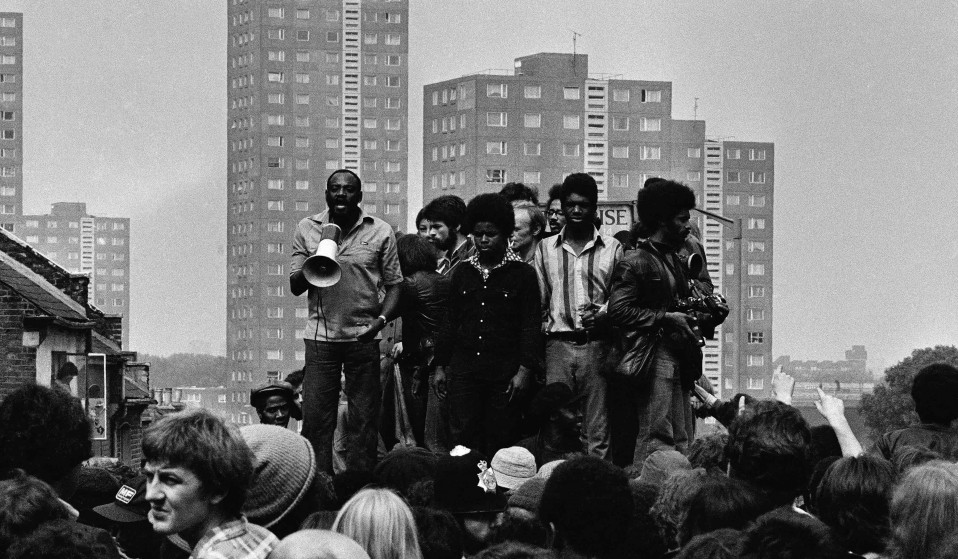 In the 1970s racism was rife in the UK, prejudice permeated the fabric of many British towns and cities. But groups like Rock Against Racism fought back; organising protests, gigs and celebrations to pull communities together, putting themselves in serious danger in the process.

In the 1970s racism was rife in the UK, prejudice permeated the fabric of many British towns and cities. But groups like Rock Against Racism fought back; organising protests, gigs and celebrations to pull communities together, putting themselves in serious danger in the process.

Syd Shelton uses photography as an autobiographical tool, a graphic argument he hopes society can learn from. Coming of age in the 1970s, Shelton harnessed his passion through Rock Against Racism, a movement that was active from 1976 to 1980, during which time Shelton followed and documented their work. 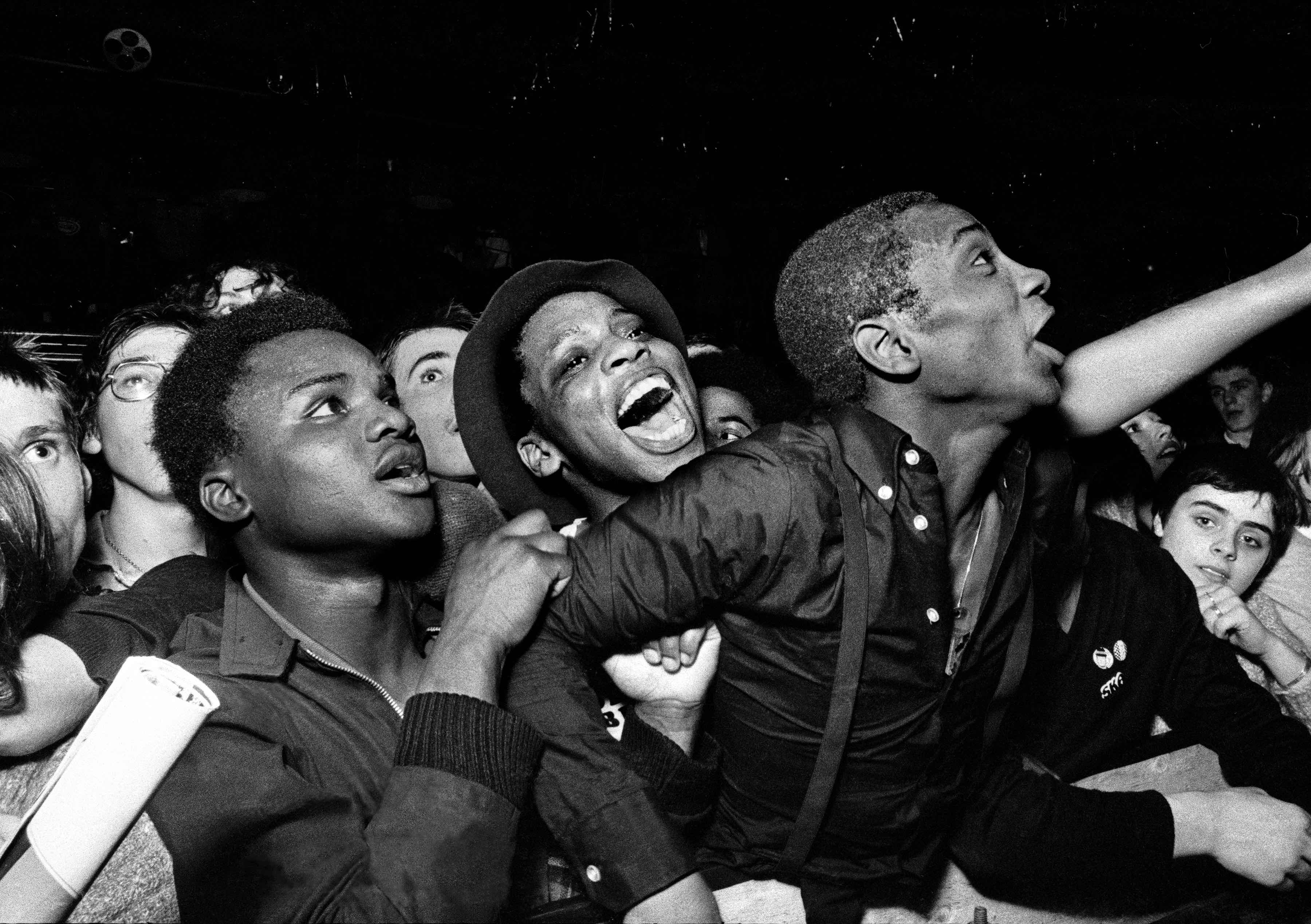 A collective of activists and musicians who organised more than 500 concerts across the United Kingdom, Rock Against Racism inspired a generation, pulling people of different races together through music.

From staging marches of almost 100,000 supporters where bands like The Clash and Steel Pulse would play, to travelling across the country on the Militant Entertainment tour, and bringing thousands of people to a beach in Norfolk, this movement had an overwhelming influence which was used to spread an anti-racist message at a time where it was desperately needed. 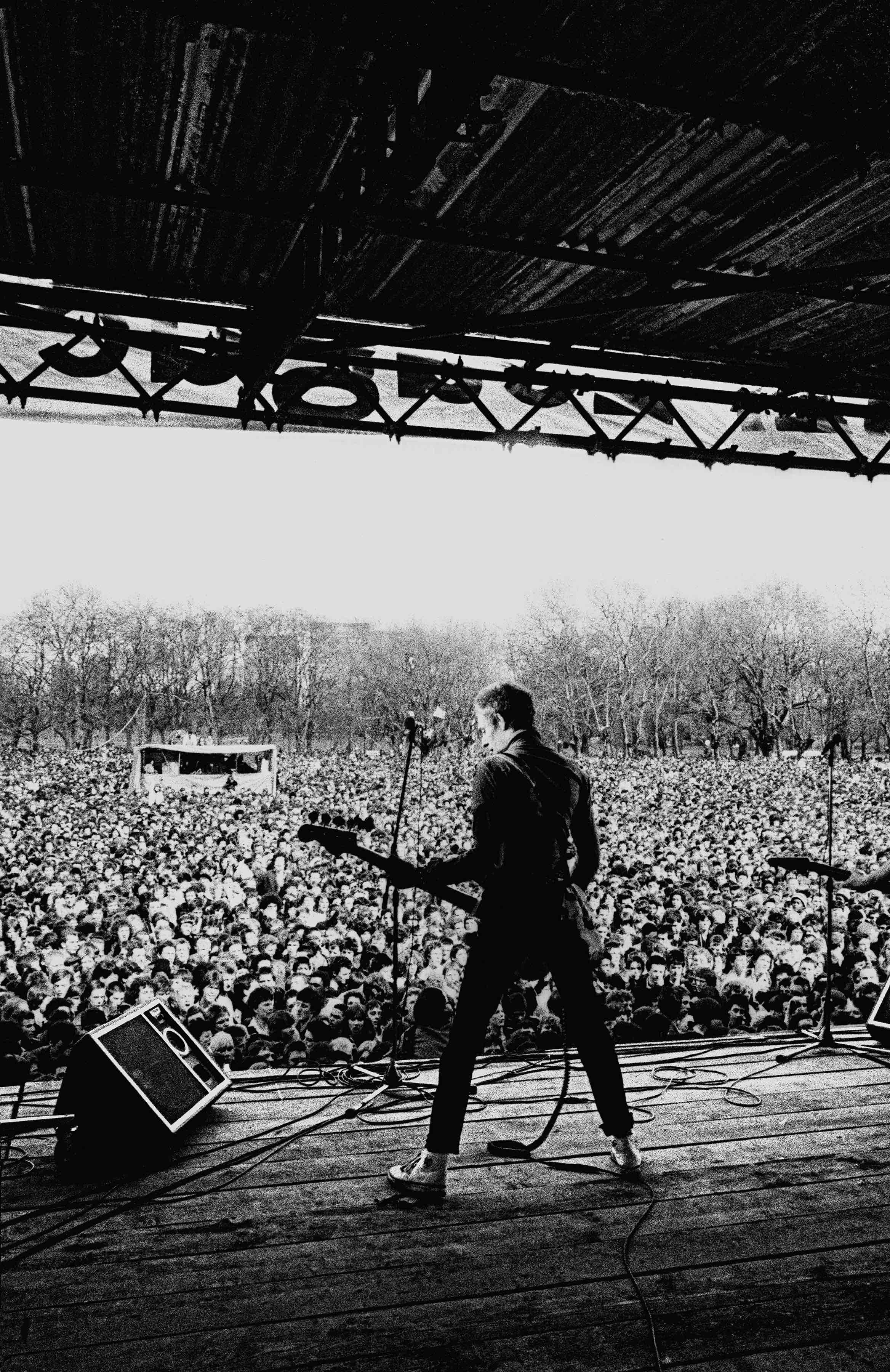 ‘Rock Against Racism’, a collection of photos that capture Shelton’s time with the movement, was published last year as a retrospective gaze into a revolution that mutated the reputation of punks from a vicious mob of troublesome teens to a progressive and open community. 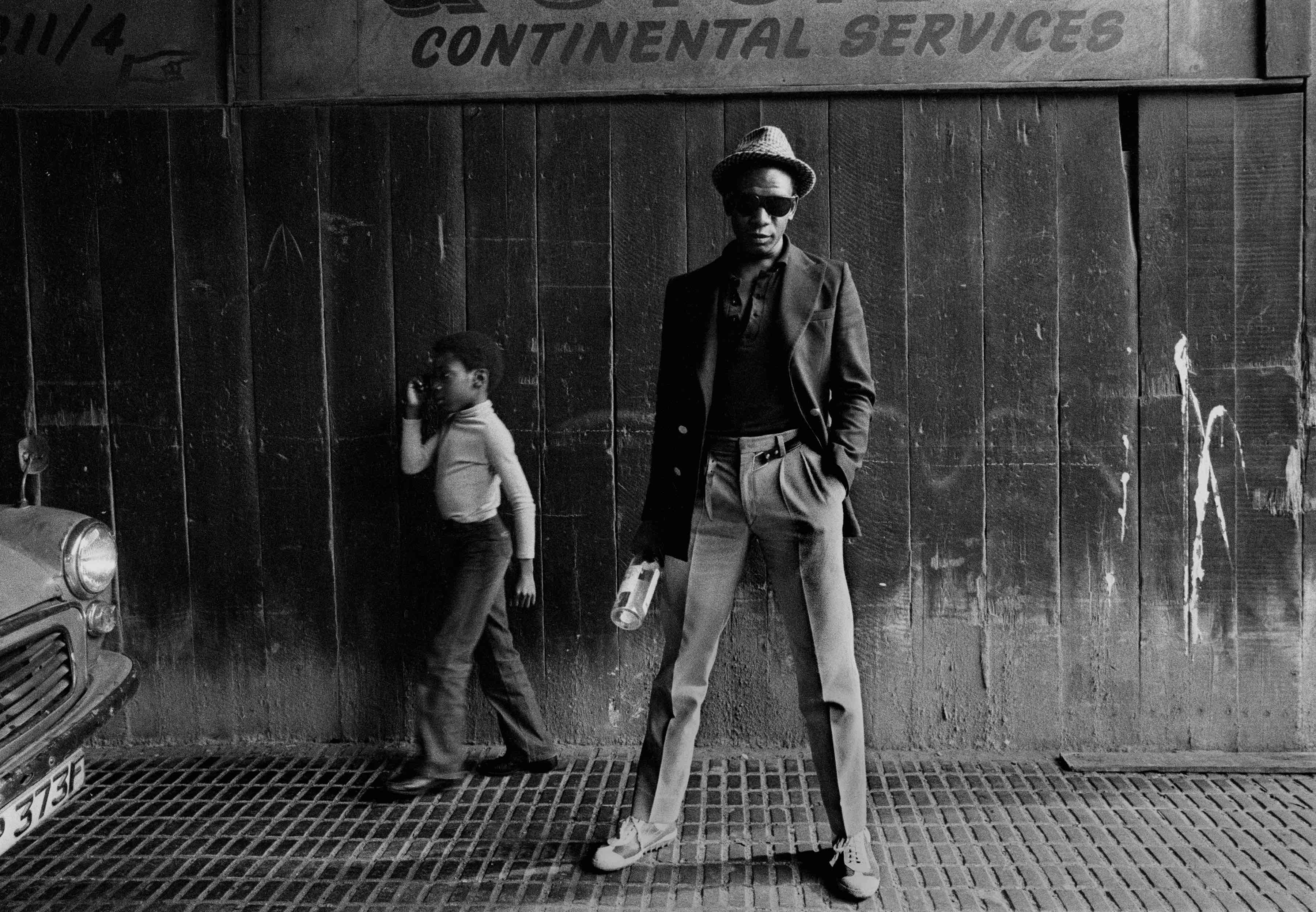 In ‘Rock Against Racism’ how did you go about shooting the images? Was it a culture you were already invested in?
Having grown frustrated with my painting which was becoming increasingly abstract and academic I turned to photography in the early 1970s. I spent four years in Australia working for a variety of newspapers and magazines so by the time I came back to England photography was very much my language. For me the period from 1976 to 1981 was dominated by my activist involvement in the movement Rock Against Racism. I didn’t set out to document the movement and it’s only in retrospect that the narrative made sense.

The 1970s saw white culture adopt music of black communities. What hostility did you personally experience or observe during this time between skinheads and the black community?
Of course there were racist skinheads and I photographed quite a few but there were also anti-racist and black skinheads. London punk band Sham 69 had in part been adopted by a group of racist skinheads and much of the violence at their gigs was down to this group. We organised and I photographed a Sham 69 and Misty in Roots gig in 1978 at Central London polytechnic which we knew was going to be attacked by the racist gang and we organised a Pose of Misty in Roots mates to defend the stage. The skinheads were outnumbered and Sham ended up jamming with Misty to ‘the Israelites’. 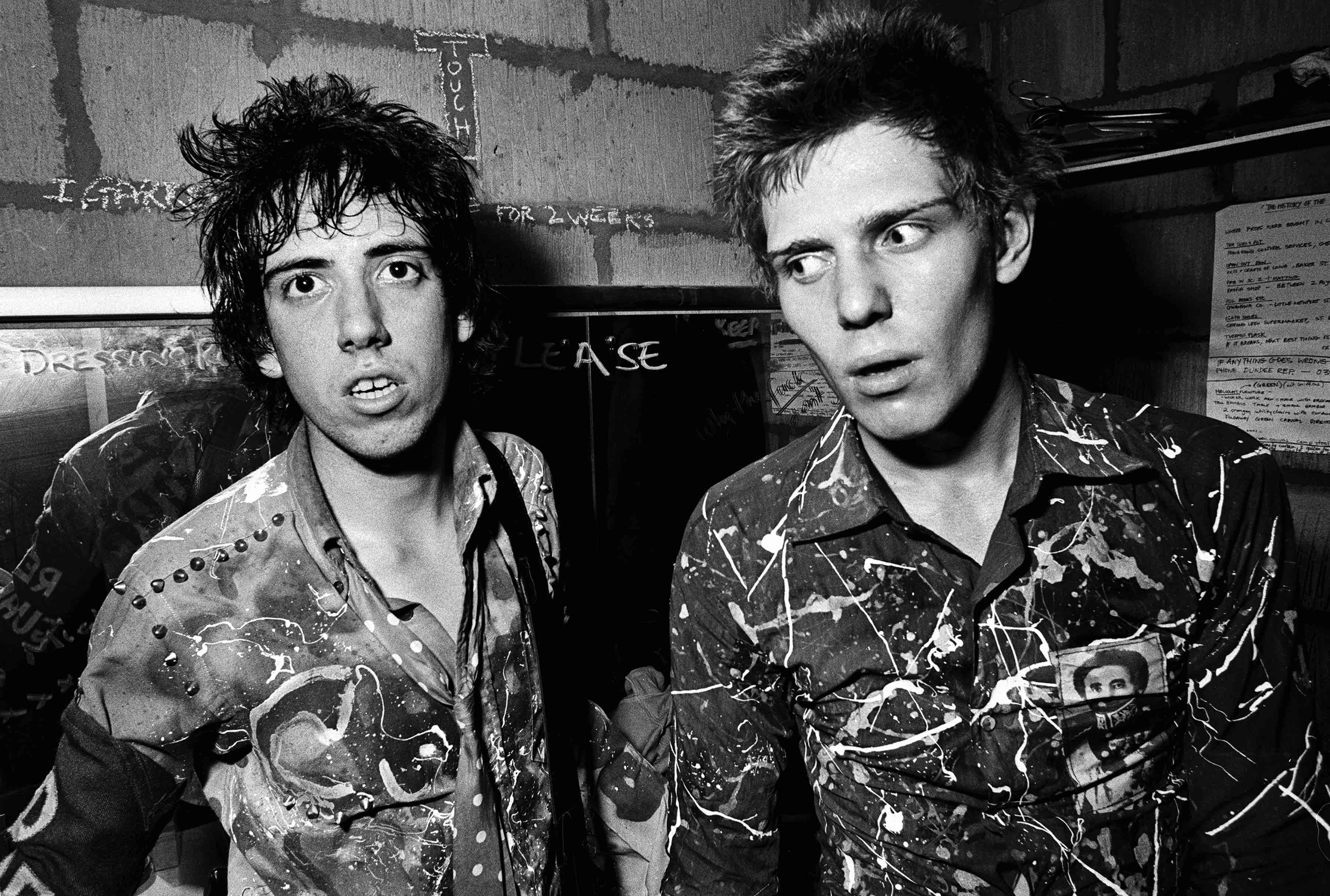 Why do you think punk embraced ska so intently despite the race issues surrounding the punk scene?
I think punk and UK reggae grew out of the same political crisis brought on by the first major recession since the second world war and the austerity which the International Monetary Fund had made a condition to prop up the Callaghan Labour government. In addition I think both  musical genres could be described as rebel musics and it was obvious to put bands like Sham69 and Misty in Roots or Steel Pulse and the Clash on the same bill. 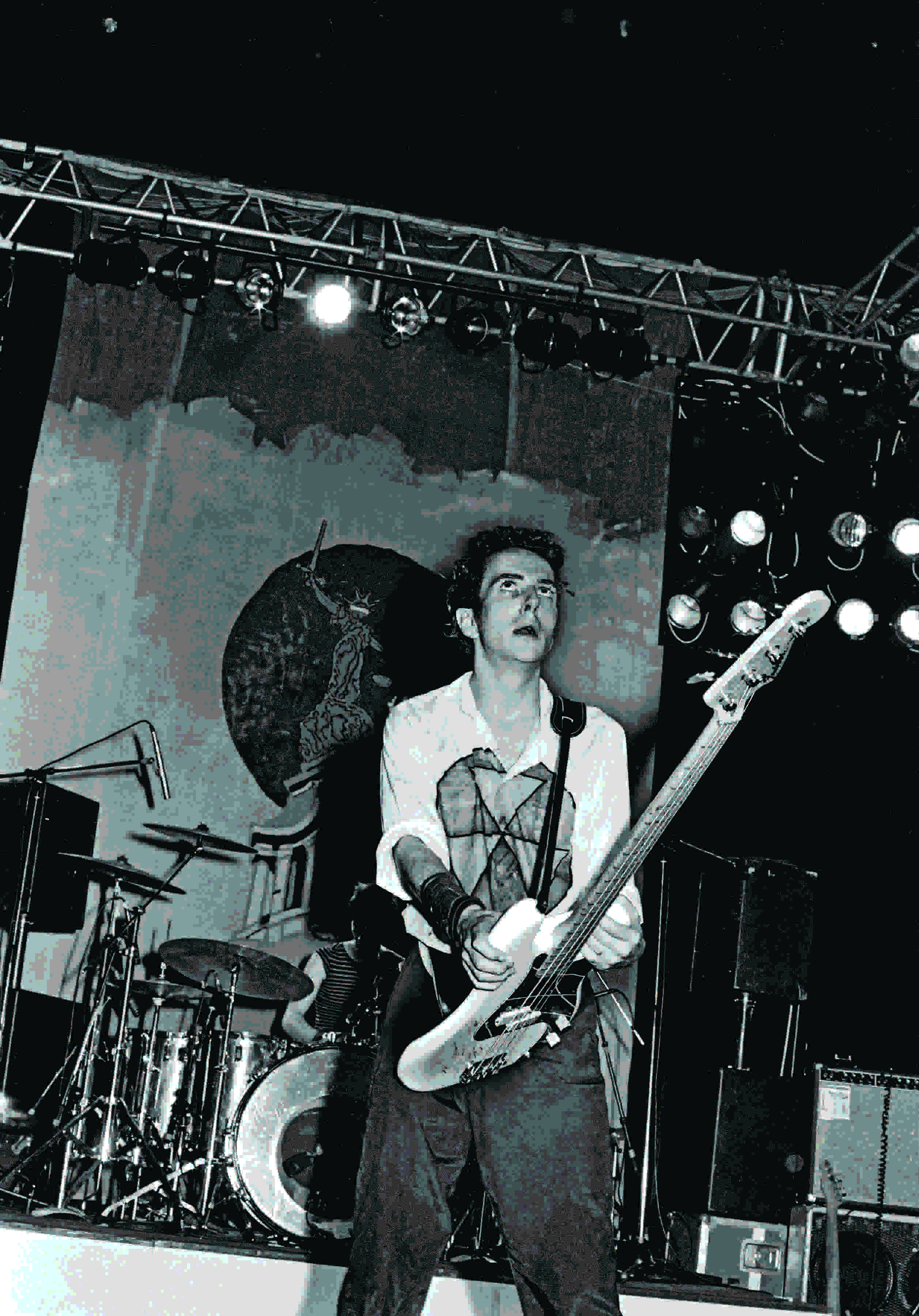 At what point were racist rockers ostracised from punk-rock culture? Were there any pivotal moments you distinctly remember?
A week after the Sham 69/Misty gig in London we put on the massive ‘Carnival Two’ in Brixton with Aswad, Stiff Little Fingers and Elvis Costello. Sham were also billed to play but as a result of the confrontation with the racist gang, death threats were issued against Shams lead singer, Jimmy Percy, and they were forced to withdraw. Jimmy was confronted by a young fan on his way home a few days before the Carnival and was told that he wasn’t playing the Carnival because “You aint got no bottle”. This played on his mind and he turned up anyway and between sets he charged to the front of the stage, grabbed the mike and made a brave and passionate anti racist speech to the 150,000 crowd. He turned, his face distorted with angst looked at me for a fraction of a second and was off. I got the shot but I wasn’t sure I had until I got in the darkroom much later that night. That was both a photographic ‘decisive moment’ and also an anti racist ‘decisive moment’.

Rock Against Racism is open at Bradford’s Impressions Gallery, from 17 June – 3 September 2016.

Linkedin
RELATED ARTICLES
OTHER ARTICLES
At his West Bank restaurant, Fadi Kattan established himself as the voice of modern Palestinian cuisine. Now, he’s bringing his innovative, bold flavours to the UK’s capital.
Theo McInnes’s photos of the annual event provide an intriguing snapshot of contemporary Britain.
After blocking the Scottish government’s gender recognition reform bill, Westminster is now devising further changes to the law to make it harder for trans people to self-identify.
After building his reputation covering the US civil rights movement in the 1960s, the photographer went on to produce some of the most enduring images of the past century.
Since 2007, Gideon Mendel has made 20 trips to document floods in 13 countries. The result is an alarming record of what has already been lost to the climate emergency.
Tristan O’Neill’s shots of dancers caught in moments of reverie at the height of rave’s golden age are a testament to the UK’s legendary club culture.