George Muncey is the film photographer behind the hugely successful Negative Feedback channel, where he teaches how to shoot analogue in the digital age.

George Muncey is the film photographer behind the hugely successful Negative Feedback channel, where the 21-year-old gives his tips on how to shoot analogue film in the digital age.

Until he picked a film camera up at university, photographer George Muncey was a bonafide digital native. His love for photography began with digital as a 14-year-old on work experience with a wedding photographer. It was only when he wanted to create nostalgia-inspired shots to decorate his university bedroom that he picked up a film camera and finally discovered a passion for analogue.

After dropping out of university (where he also learned how to shoot video), George started to teach himself the art of film photography, learning the ropes from friends. His YouTube channel Negative Feedback is the result of him wanting to share his new-found knowledge, and to bring his digital and film interests together under one project. His latest video is from his 24-hour trip to Dubai. 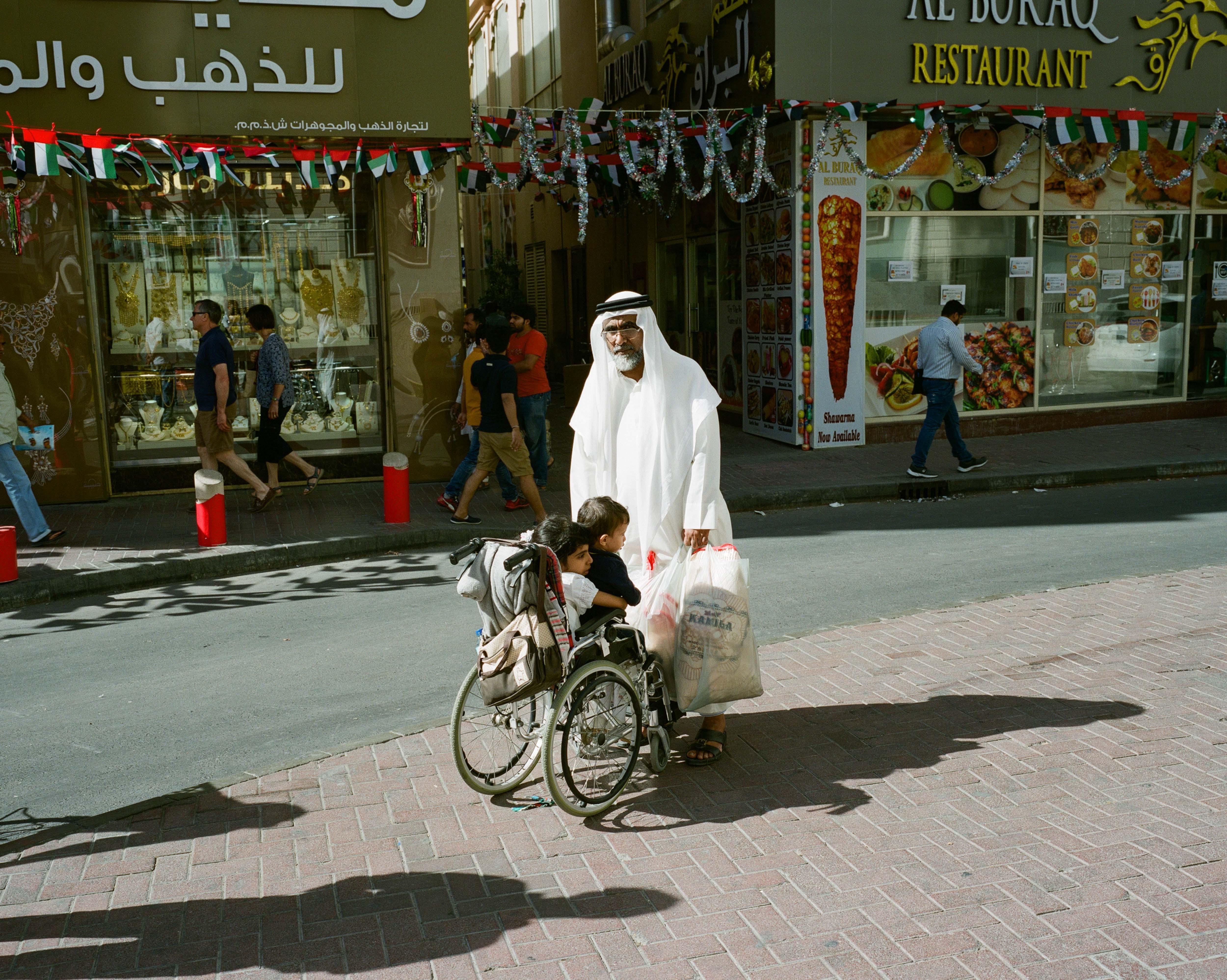 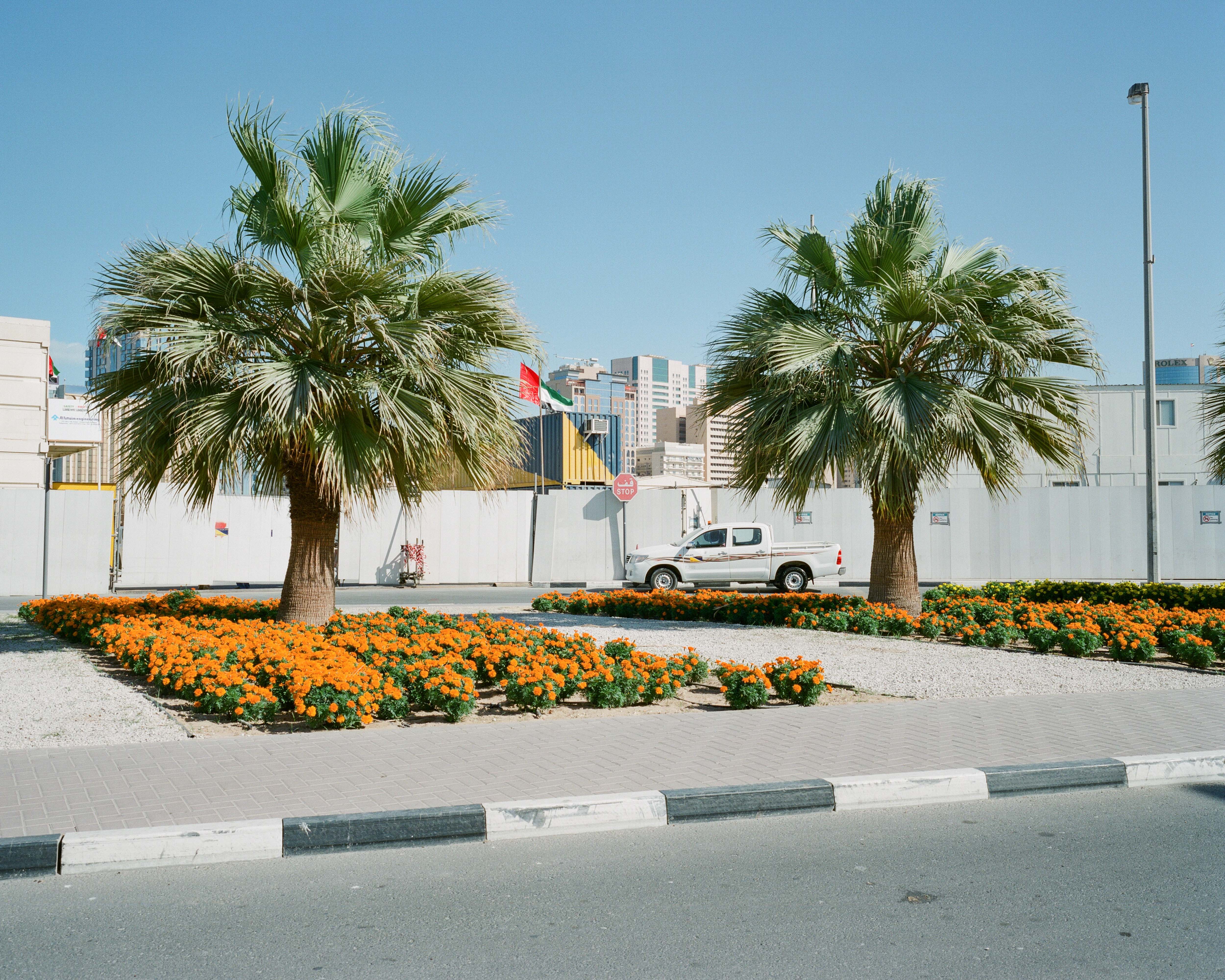 Where did the idea for the YouTube channel come from?
YouTube came into it from me initially finding film photography quite tricky. Because I had decided not to study photography at college, I had no experience using a dark room or the knowledge of how any of that stuff works. I only knew how digital wedding photography worked; so I had to figure it all out by myself.

I like video so my first port of call was to watch YouTube videos, but I noticed that, even though there were some people doing good things, usually it wasn’t very digestible.

At the same time, I’d started to realise that the best way to learn was to go out and shoot with my friends. My friend Dan Rubin is a photographer and I would pick up tips from him

So, I wanted the YouTube channel to mimic shooting with your friends and having fun, while giving information; I wanted to merge those things together. 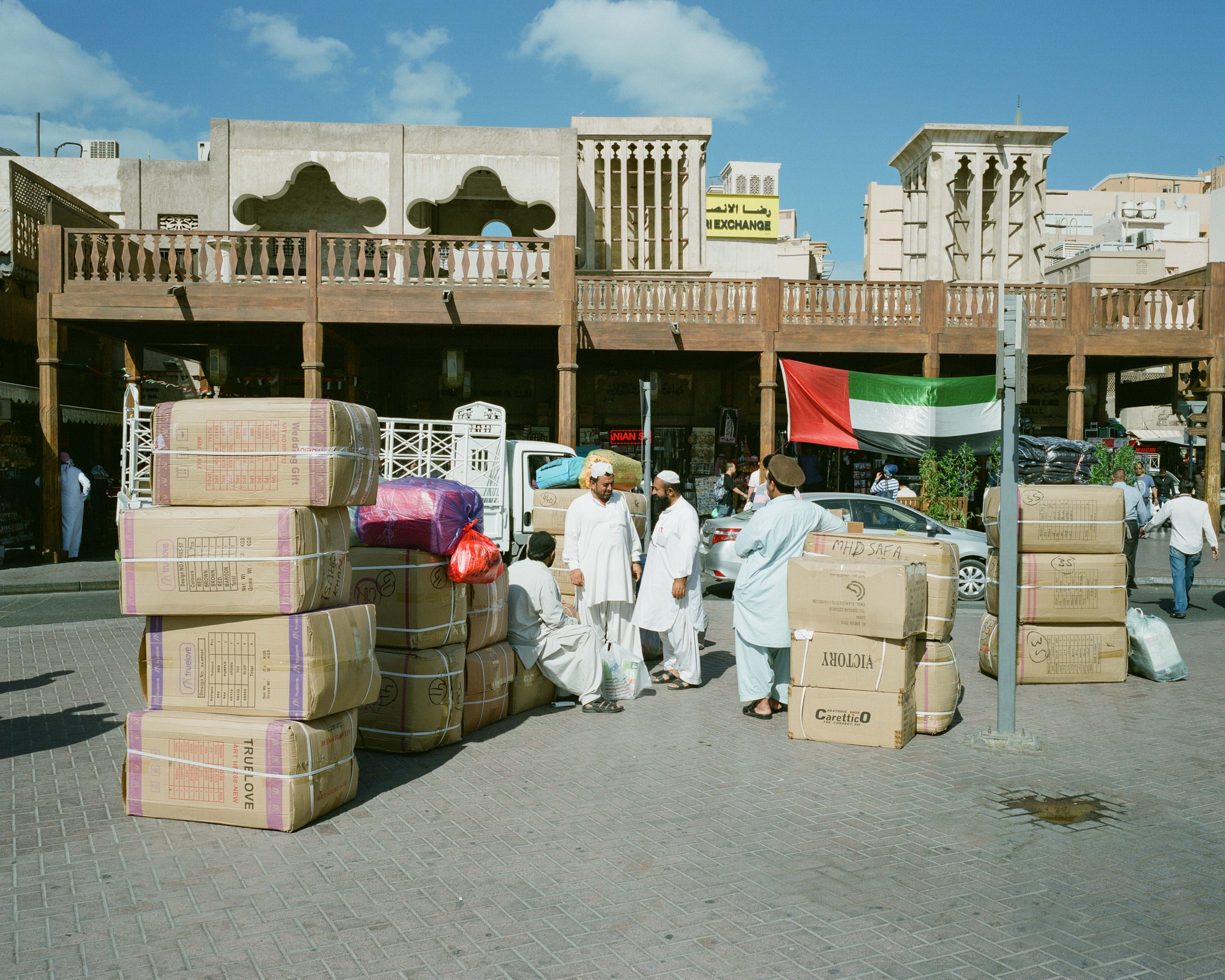 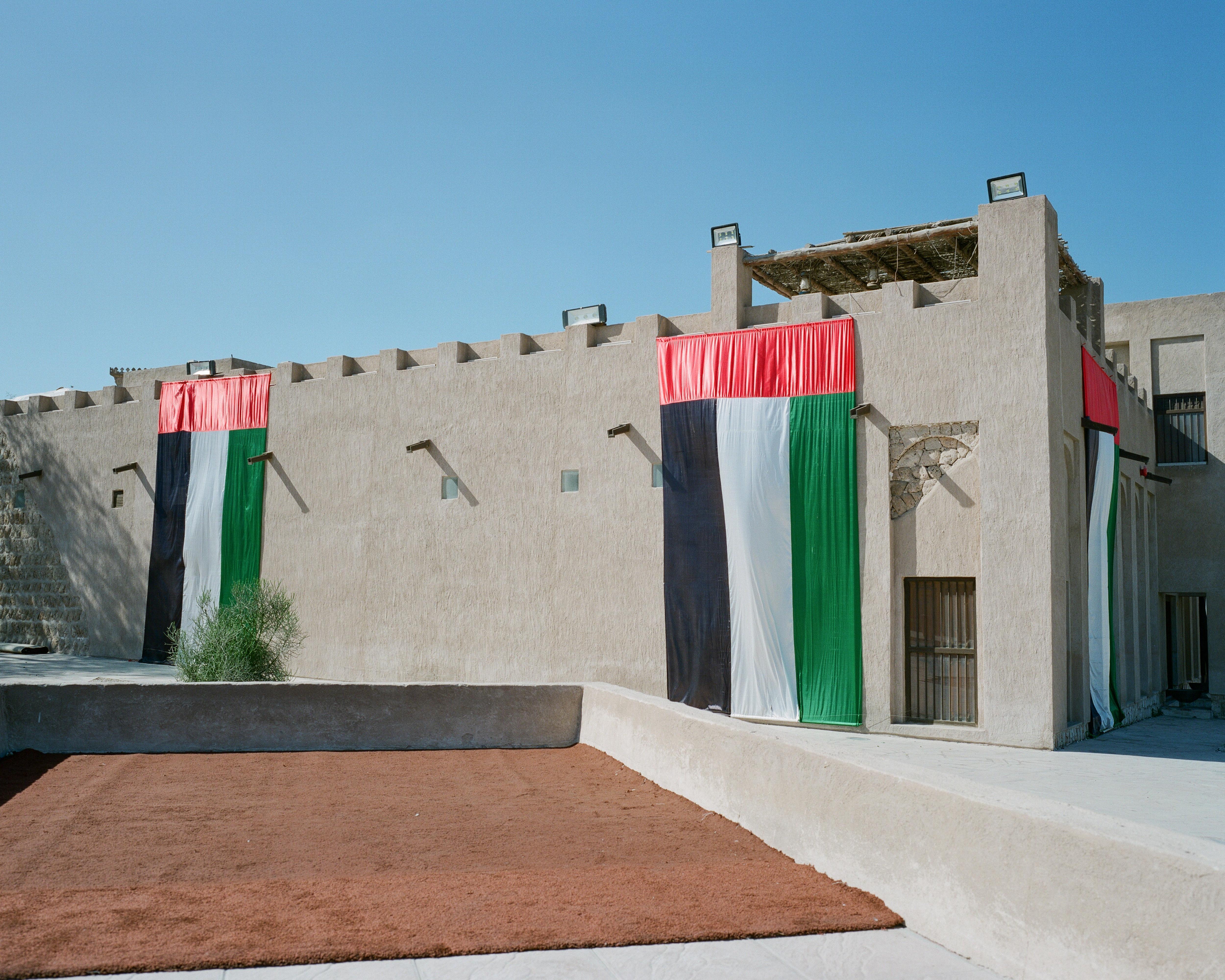 Your videos often actually feature your friends. Do you think that the collaborative nature of your experience of film photography is why it works so well on YouTube?
Yes, it definitely helps, but in different ways. Firstly, I think that having someone with me in the videos brings a natural conversation. If a friend is actually there for me to ask a tip it’s more authentic and organic than me thinking ‘Oh I should tell them [the viewer] to do this’.

Also in terms of YouTube collaboration, it’s great because friends who have channels have different audiences to mine, so it’s just organic for people to see it, and to share it with each other’s audiences. 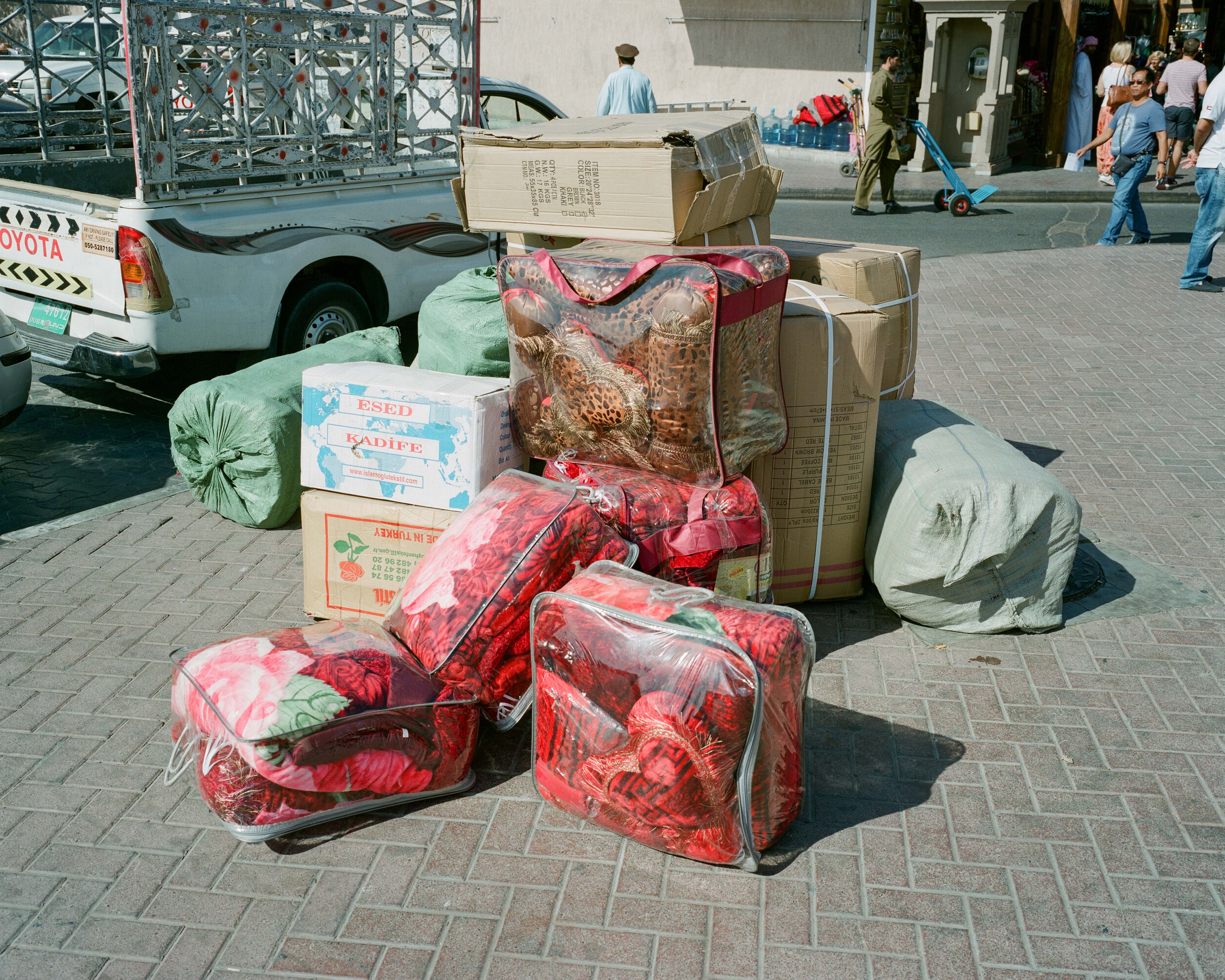 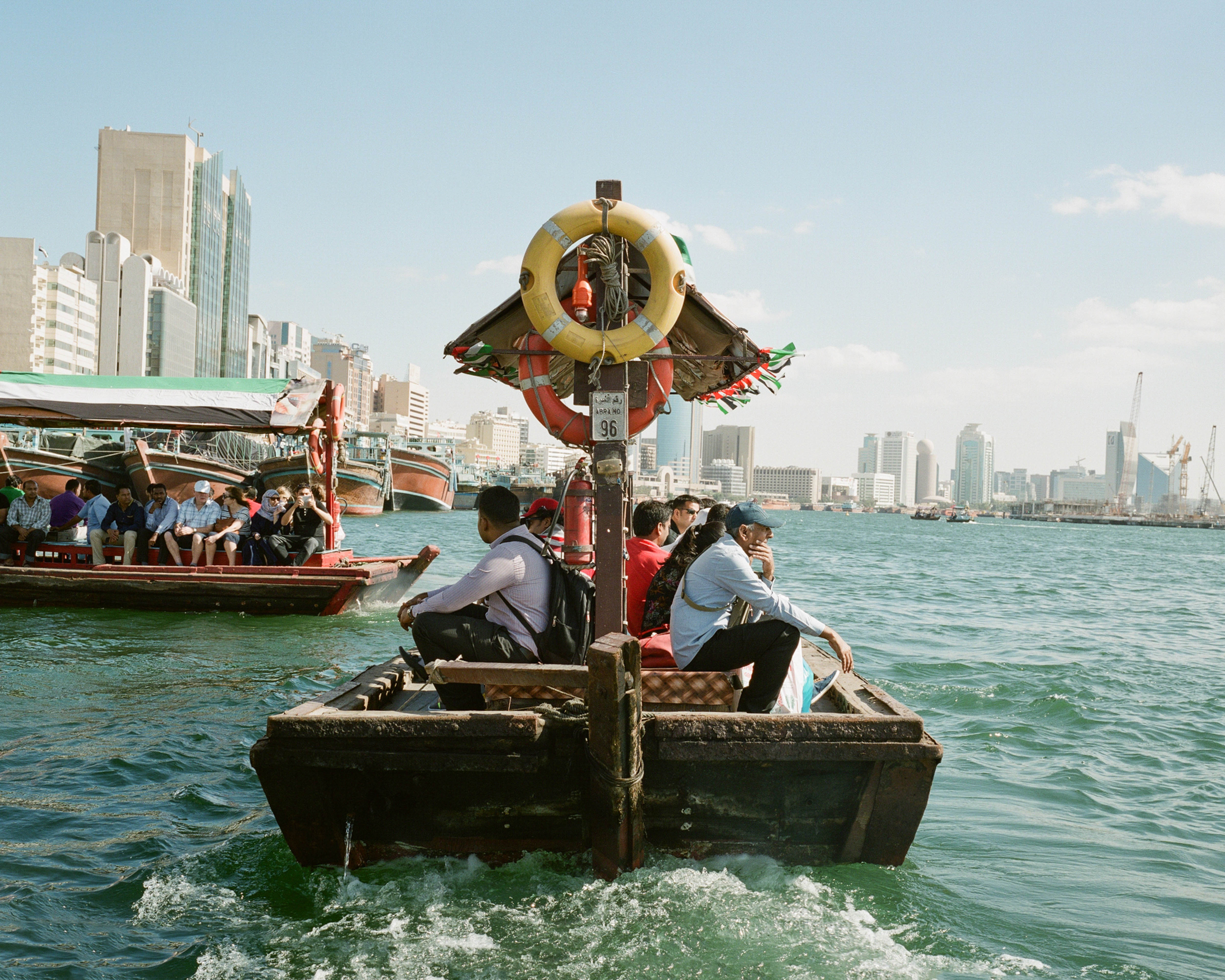 The channel has been so successful in such a short space of time, what do you think it is about film photography that has inspired such a following?
I think it helped that [the channel] came at the right time. When I got into film photography it was starting to come back into fashion. It was really popular to edit your digital photos to look like film photos.

Personally I started using film more to cut out all the time I spent editing. I started to think ‘Why don’t I shoot on film in the first place?’. With film you have to think more about the photo you are going to take, but I think it’s natural to want to spend less time editing and more time in the moment having fun.

I also get a lot of comments that are ‘I want to get into this since watching these videos’, which I think is down to the way we film the videos. It is about shooting film photography, but making the video itself look nice as well. So hopefully you could watch a video and take away tips as someone who wants to make videos as well as take film photos. 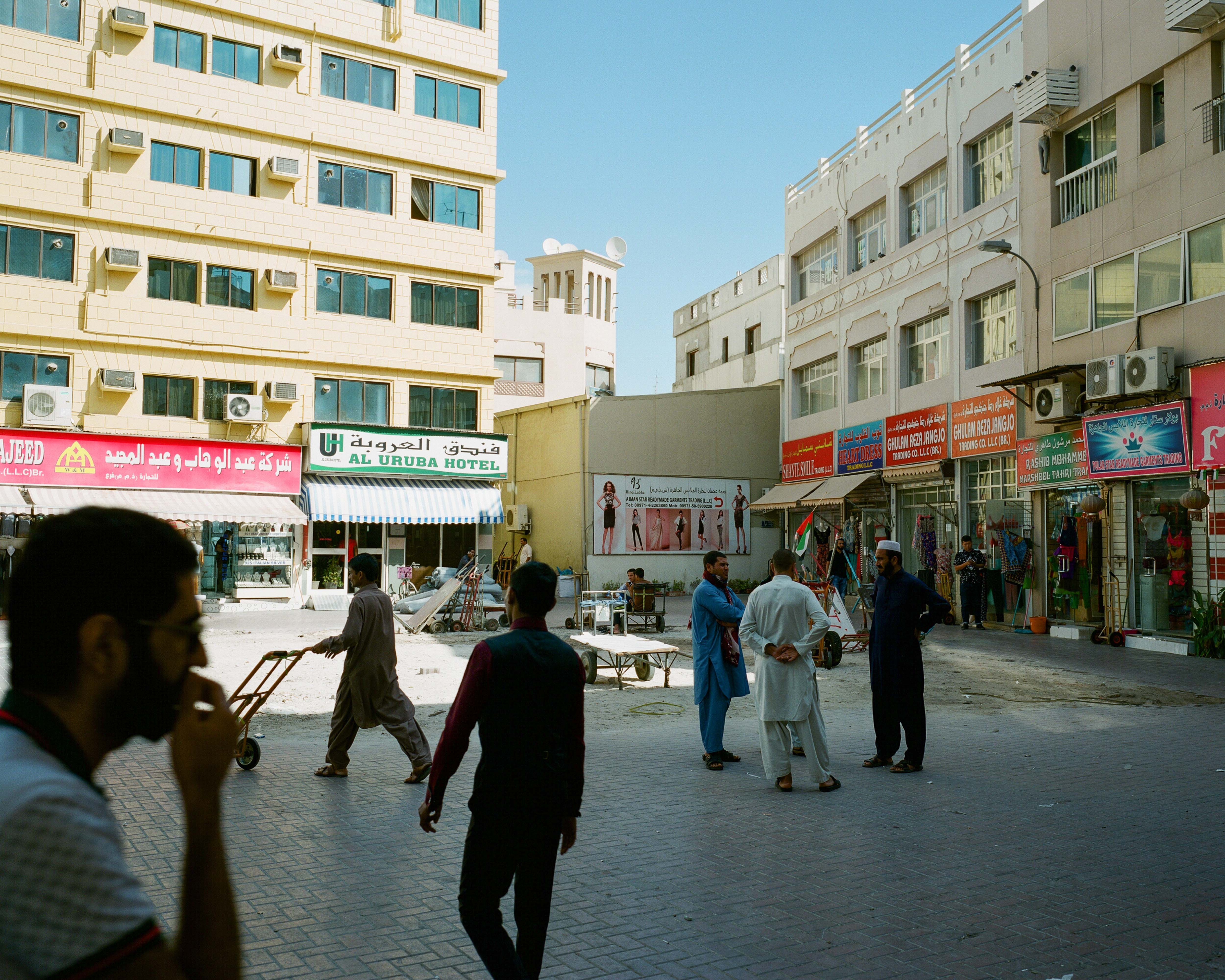 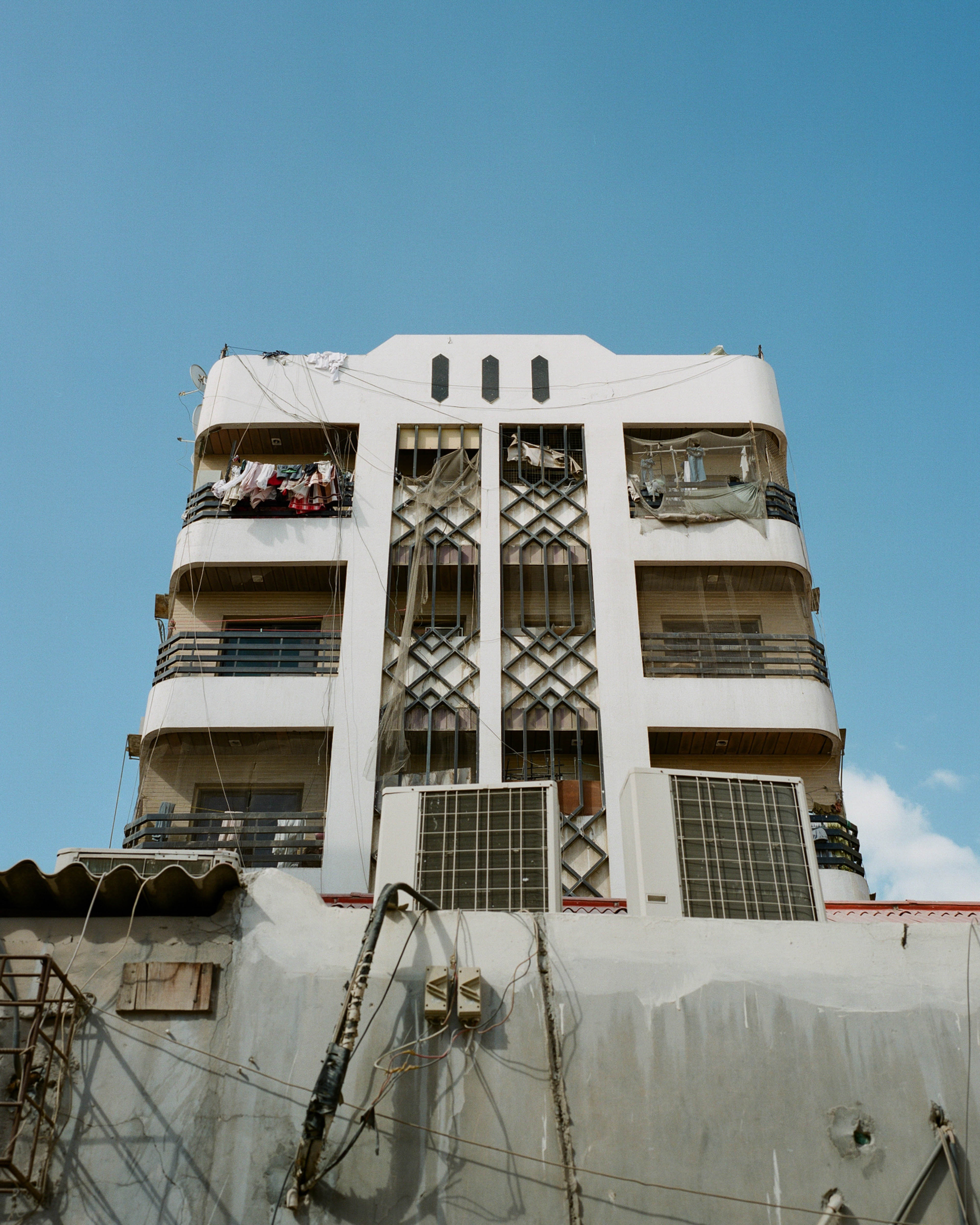 You’re turning the project into a Negative Feedback zine. Where did the idea come from?
It began with a Negative Feedback Facebook group that was made for viewers to post their images and get feedback. It was going really well, with loads of people posting every day; it’s the only photo Facebook group I’ve been in where it’s actually helpful, with no shaming of each other.

One day someone commented that it would be really cool to make something from all the photos. I thought about that for a few weeks, and after I asked for a few submissions I realised how good it could actually be.

The Kickstarter went crazy and overfunded – instead of 100 copies of the first edition we are making 1000. 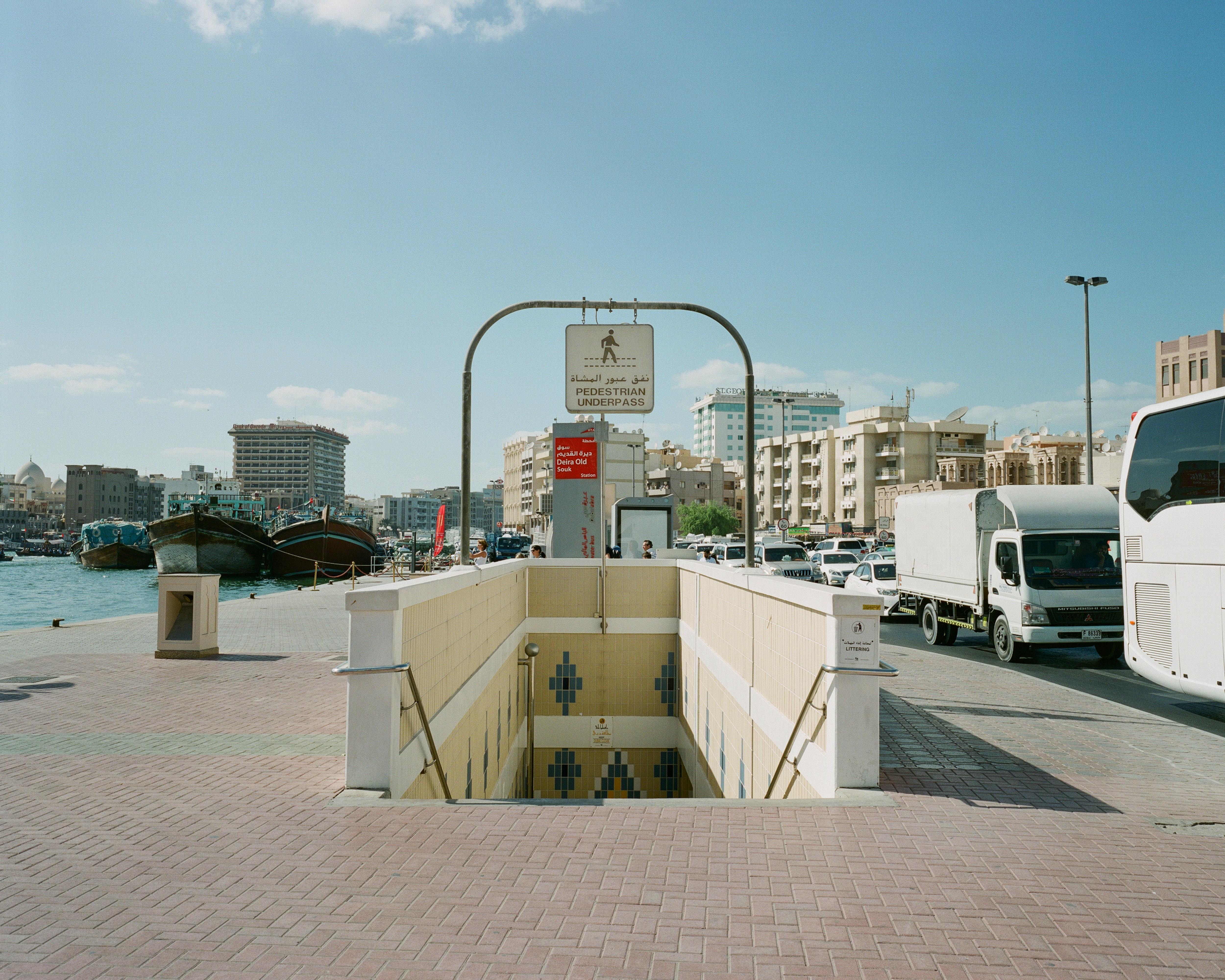 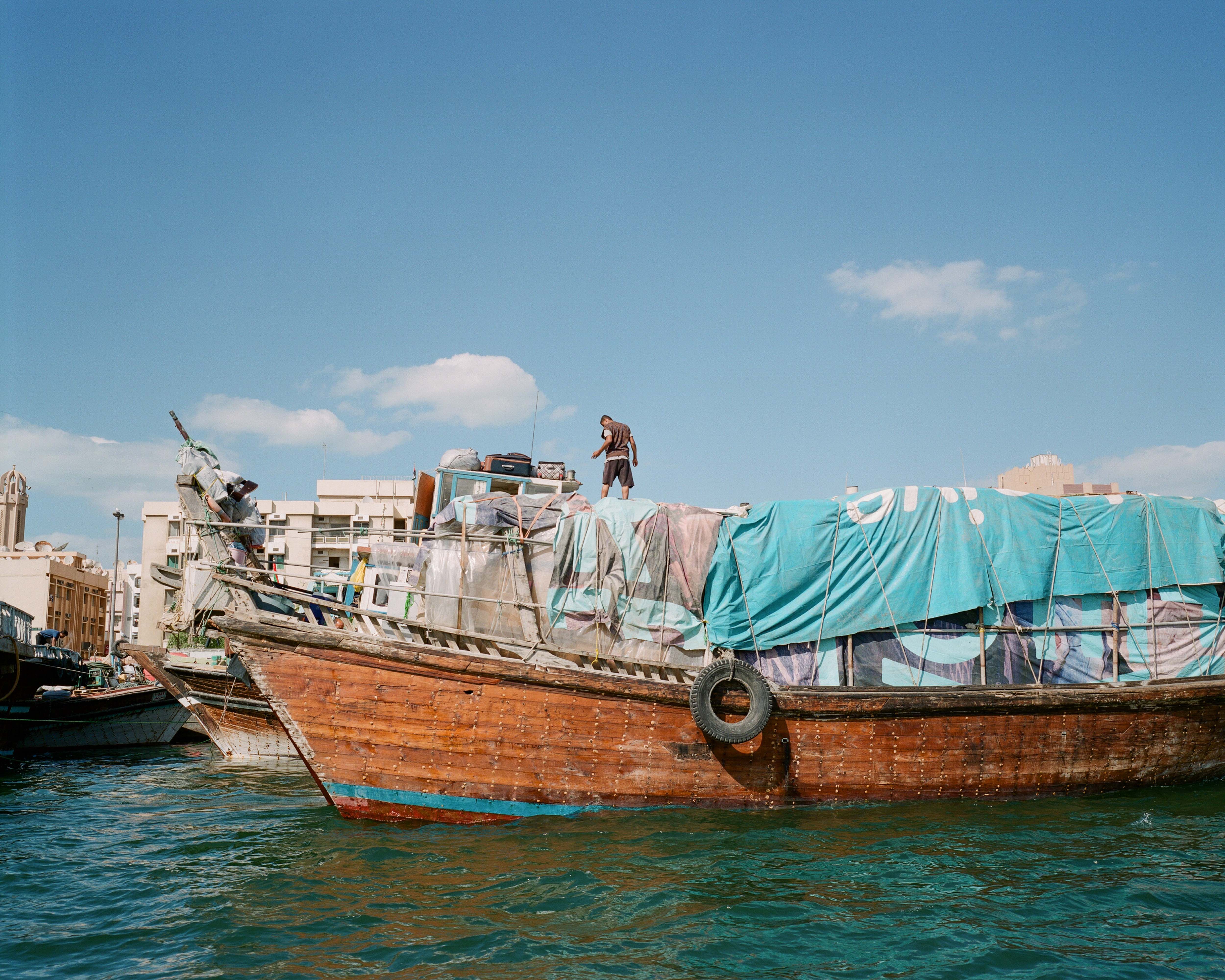 You recently took photos on a trip to Dubai. How was shooting outside of London?
My friend Dan Rubin got a gig to spend four days shooting in Dubai for Dubai Tourism, and I was his plus one. But it was my 21st birthday and I promised to be with my family, so I only got to spend 24 hours there. It was a very short trip, but I was amazed by how much I managed to see in such a short time.

As I had never really been to a Middle Eastern country, a lot of things were like nothing I had ever seen. It was very distant and foreign. One thing I kept saying throughout the day to Dan was that there were these fragrant smells that I had never smelt before.

I’m used to London where if I take a portrait on the street people give me evils and shout at me if I’m too in their face. Whereas there [in Dubai] they loved it. There is one photo of a guy and his two kids on a wheelchair – I wouldn’t normally take that photo if I was in London, but in Dubai he was looking directly at me and I wasn’t scared because I didn’t feel like I was really there; I was just taking account for what I saw. It was quite cool, like being a ghost or in a dream. We are going to publishing another small printed zine – a 30-page floppy zine that’s just Dubai. 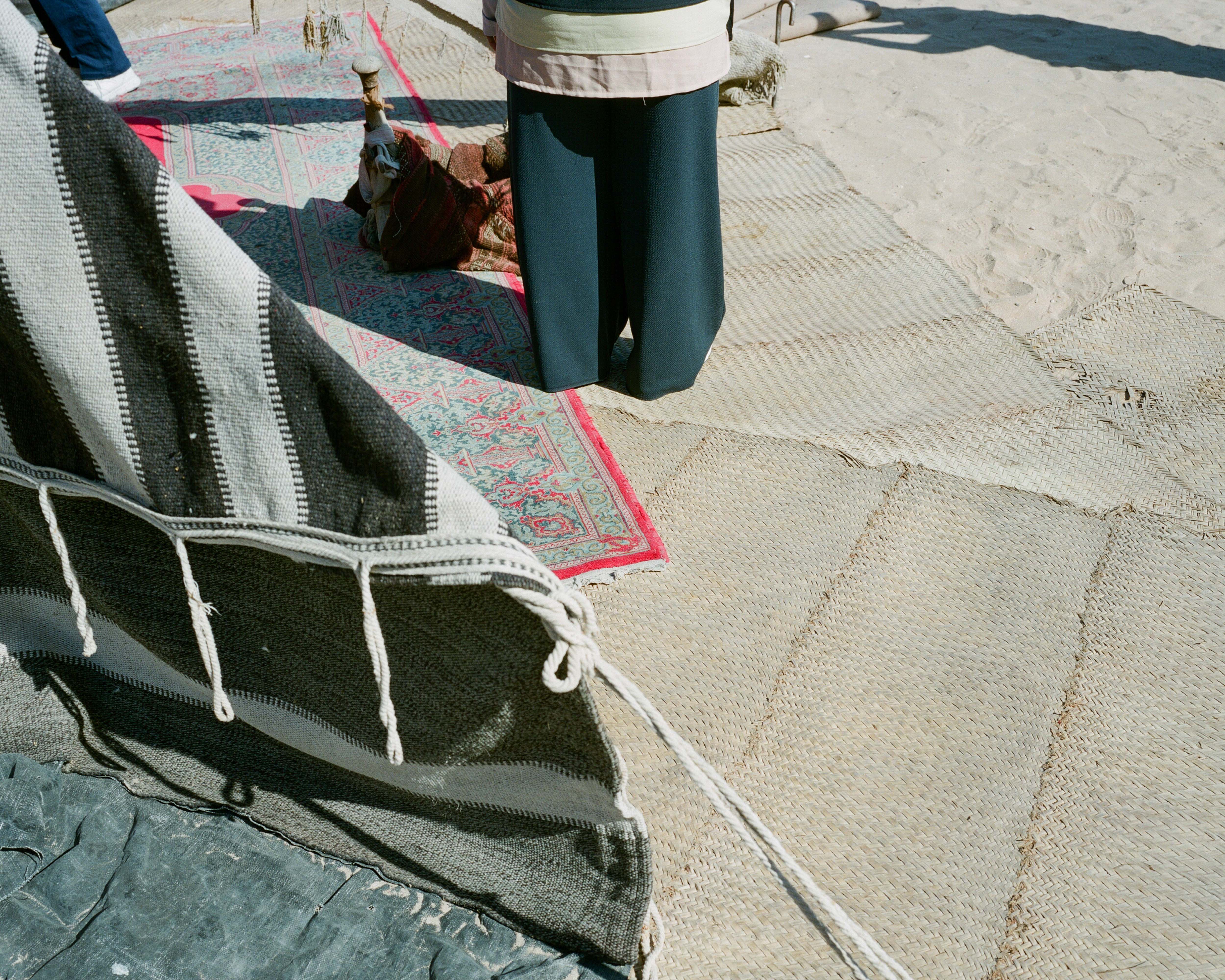 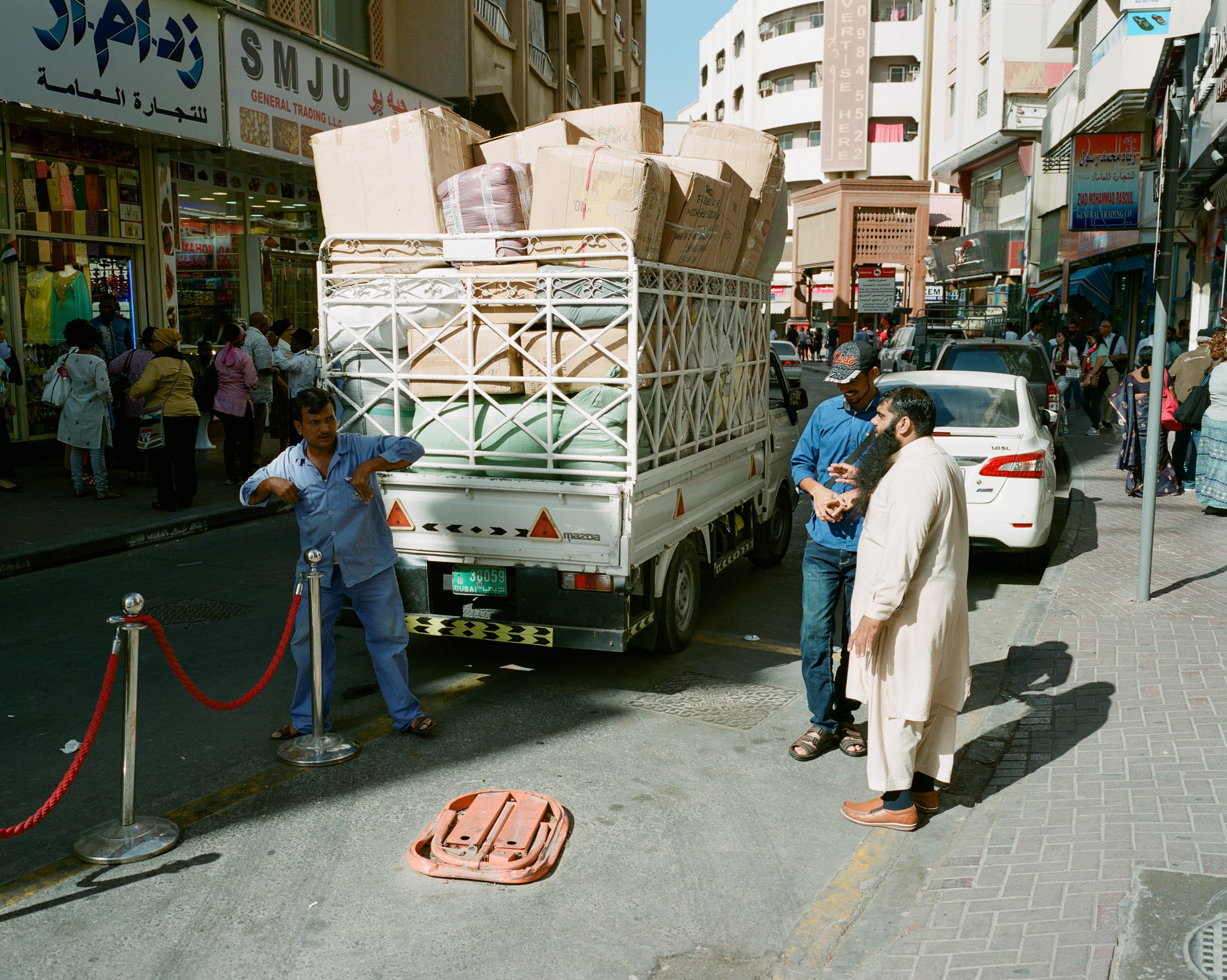 Find out more about Negative Feedback on YouTube or grab yourself a copy of the zine.

Linkedin
RELATED ARTICLES
OTHER ARTICLES
To mark the premiere of his new documentary on surfing giant Gerry Lopez, the filmmaker and former pro skateboarder sits down to share his unique brand of wisdom.
With the UK now set to run out of vaccines, people working in the sex industry – particularly outside of major cities – have been left especially vulnerable, reports Brit Dawson.
As the Criminal Bar Association enters its fifth week of action, criminal barrister Russel Fraser explains why the legal professionals have walked out and how action is likely to escalate.
Yesterday, rail workers came together to protest poor pay, working conditions and job cuts in their latest round of strikes.
From the chip shops, to the bingo parlors and burlesque dancers, photographer Mike Coles remembers capturing scenes of holidaymakers by the English coast.
A new series of photos by Johny Pitts shines a light on communities and subcultures that have all too often been overlooked.