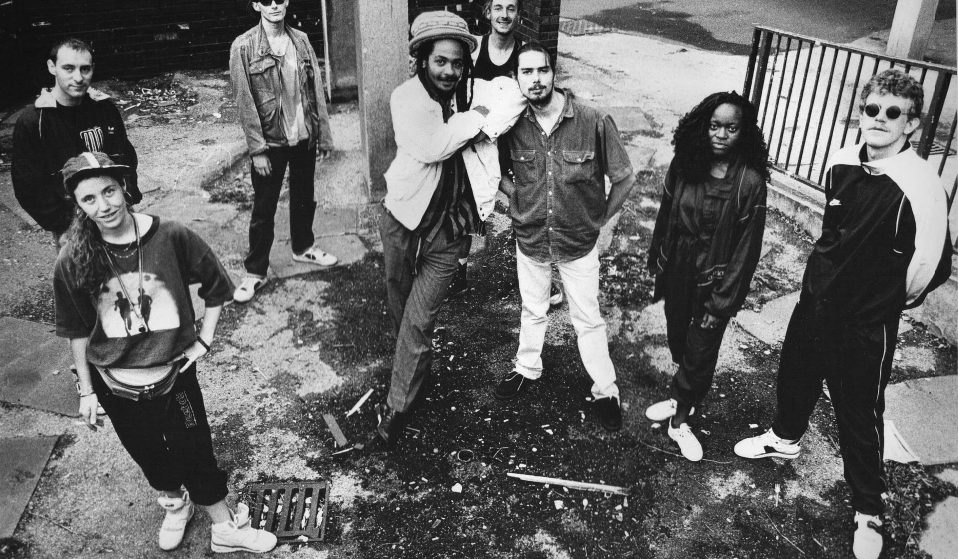 In the ’80s, photographer Richard Davis moved to Hulme – a neglected corner of Manchester – where he quickly fell in with a community of artists, punks and travellers.

In the ’80s, photographer Richard Davis moved to Hulme – a neglected corner of Manchester – where he quickly fell in with a community of artists, punks and travellers.

Margaret Thatcher’s Britain was a dark place, replete with high unemployment, poor living conditions, and criminal neglect of the poor. But a new generation coming of age refused to go quietly into the night, making their way through the world while fighting back.

When Richard Davis dropped out of school at 16 in 1982, he was adrift until he ventured into the Birmingham Trades Council ‘Centre For the Unemployed’ and learned photography. “All of a sudden I felt I had a purpose,” Davis says. “I had a voice, and via my camera I felt I could contribute towards society – but on my terms.”

Davis became politically engaged with the miners’ striker of 1984, when Thatcher branded workers and their supporters as “the enemy within.” “I was proud at the time to be considered an enemy within,” Davis says. “And so began a life long hatred of the Tories and how they treated the working classes.”

In 1988, Davis began teaching photography at Manchester Polytechnic. He was advised not to visit the neighbourhood of Hulme, so the next day he set out to see for himself. “It provoked a combination of fear and awe,” he recalls. “It was like nothing I’d seen before; it almost seemed like it was in black and white. There didn’t seem a lot of colour to Hulme in the late ’80s, which really suited me.” 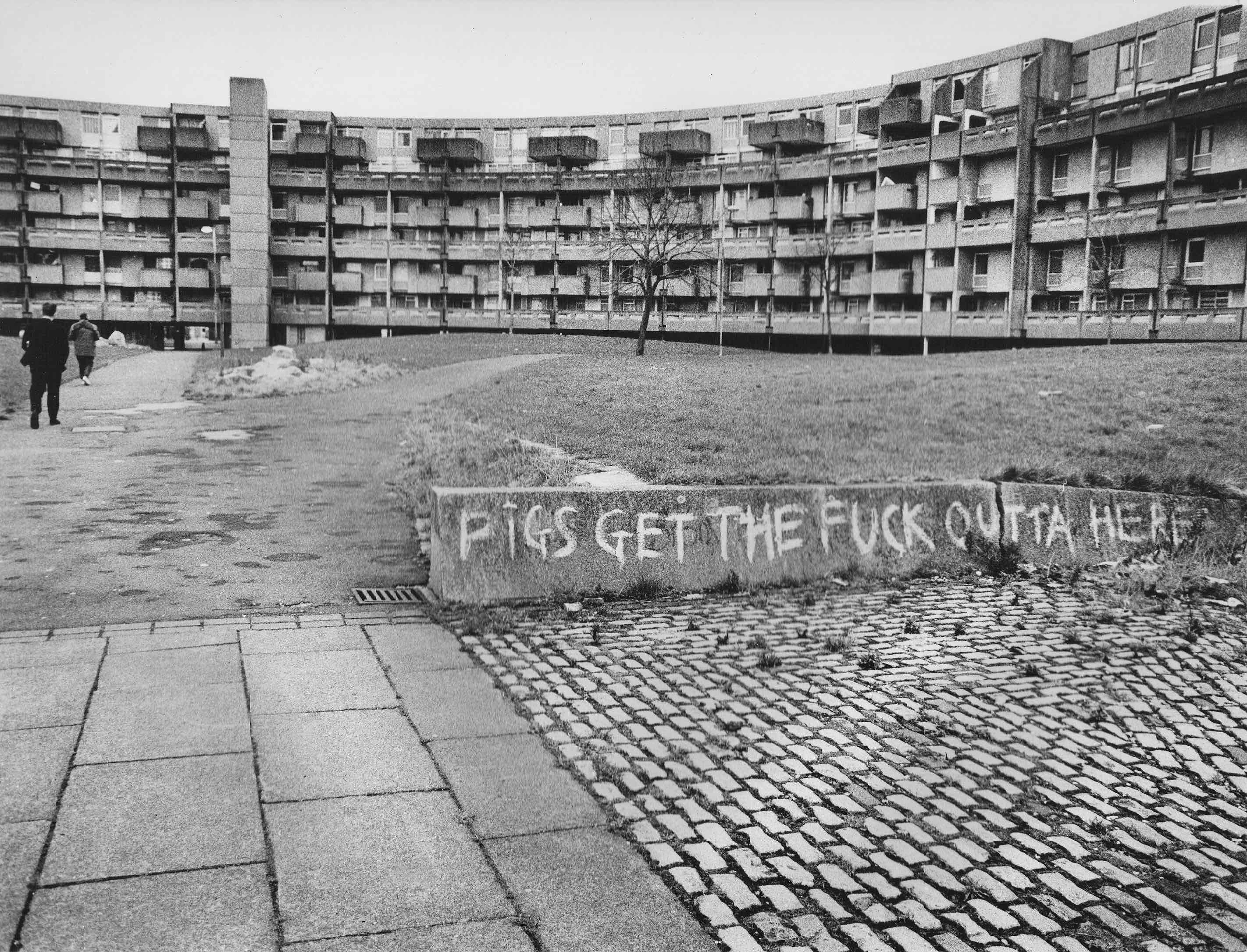 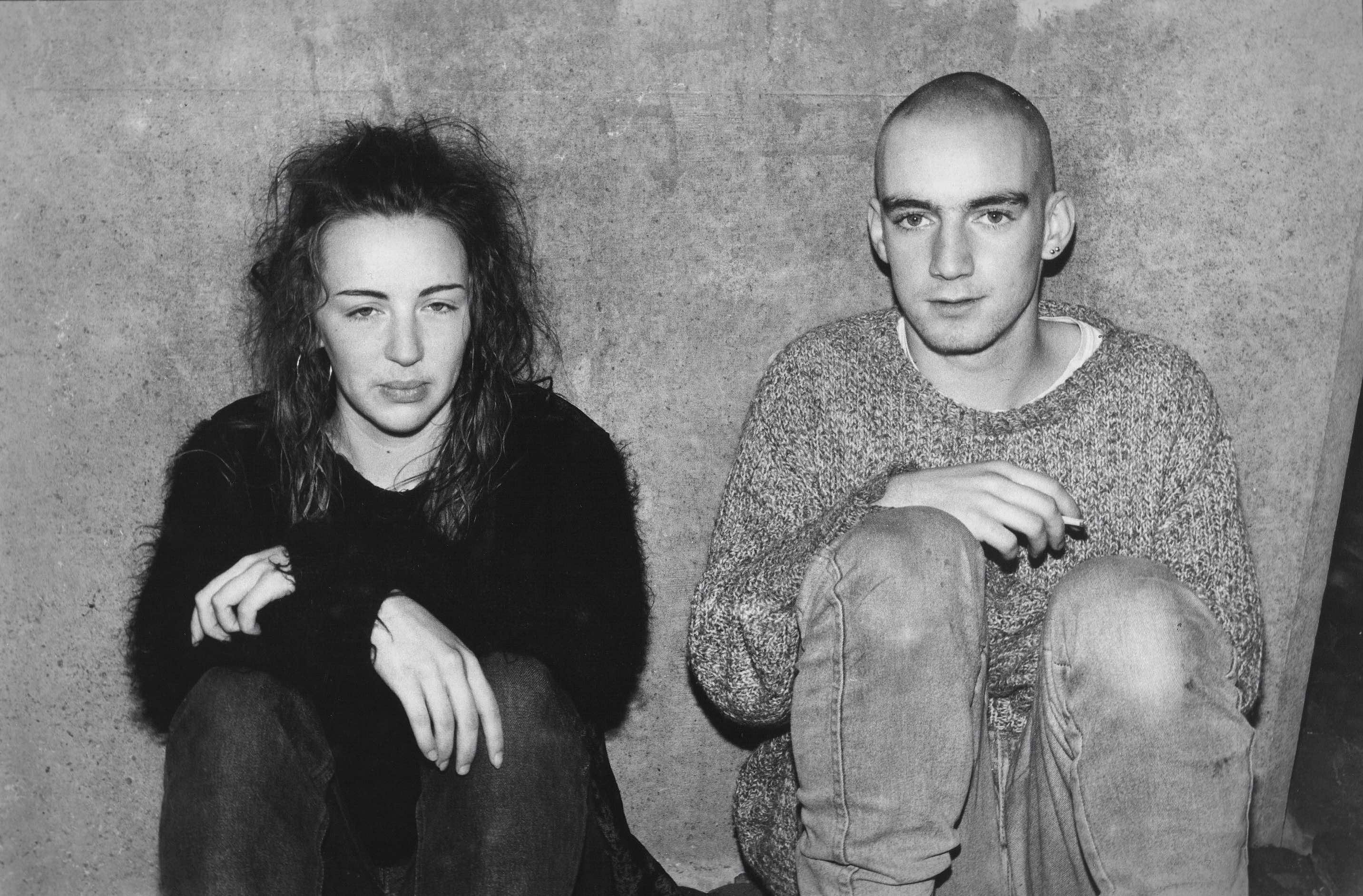 Davis quickly fell in with a community of artists, punks, musicians, travellers, and dropouts who called Hulme a home. Six months later, Davis was offered the key to a squat at 257 Charles Barry Crescent where he lived and worked, making a series of photographs just published in Hulme 1980s-90s (Café Royal Books).

Davis transformed the flat into a studio and darkroom, using the money he saved on rent to buy photography supplies. Though there was never a shortage of things to photograph in the neighbourhood, Davis was careful not to advertise the fact he carried a camera. “It could be very dangerous,” Davis says. “I got mugged at knife-point on a stairwell but luckily I didn’t have my camera on me.”

Despite the challenges, Davis says that he feels very lucky to have had these experiences. “You could survive and flourish on very little money. Hulme enabled me space to do my own thing without any outside pressure to conform. A lot of people felt the same. They created a positive and constructive environment, especially if you were involved in the arts.”

Davis’s photographs of Hulme capture a place and time that no longer exists; the whole area has since been levelled, with new construction built in their stead, attracting a different class of residents. “Living cheaply and doing your own thing is so much harder now for young people,” Davis says. “There is too much pressure on today’s youth to conform. We seem to have lost so much freedom since the 1980s.” 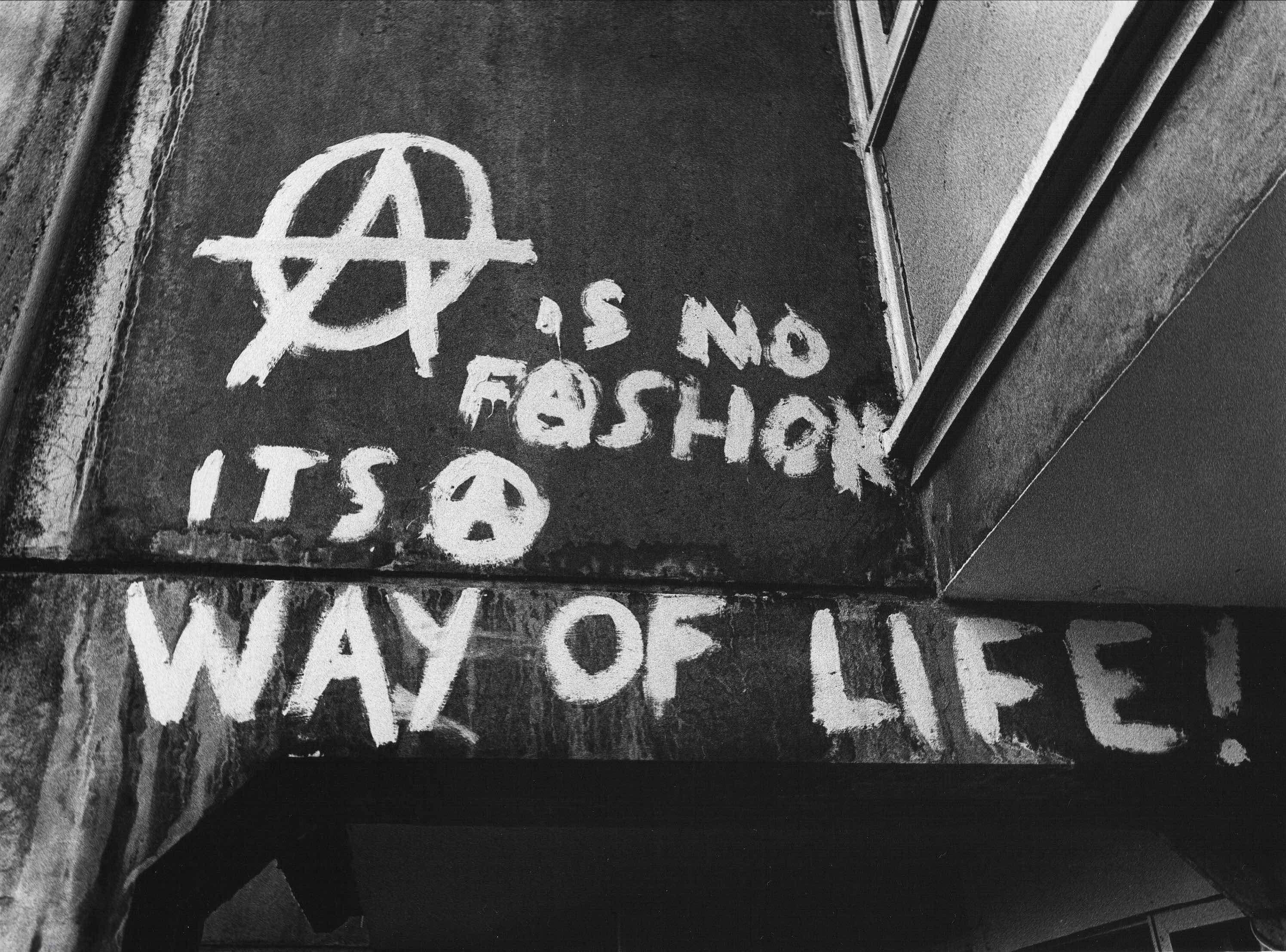 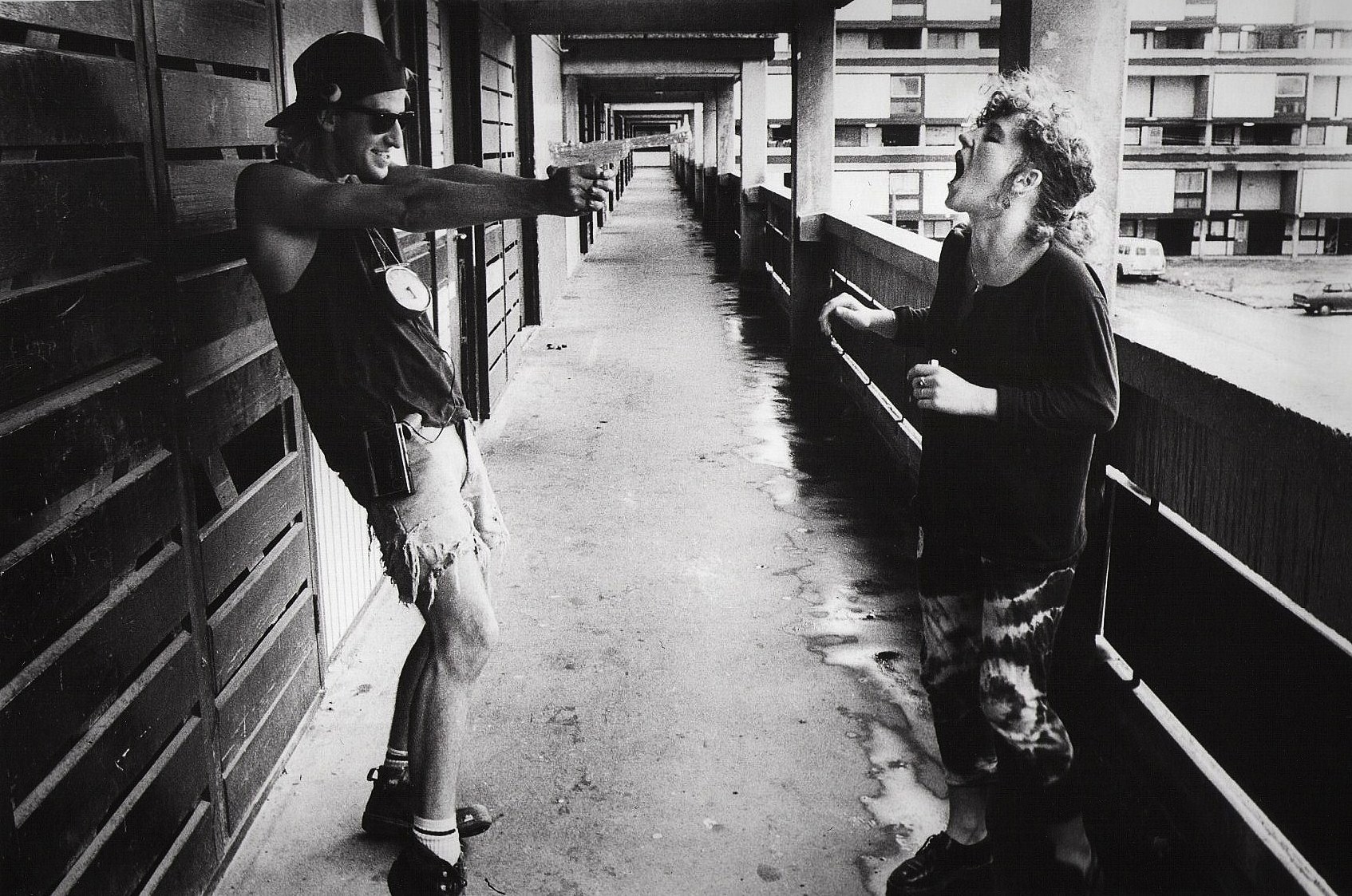 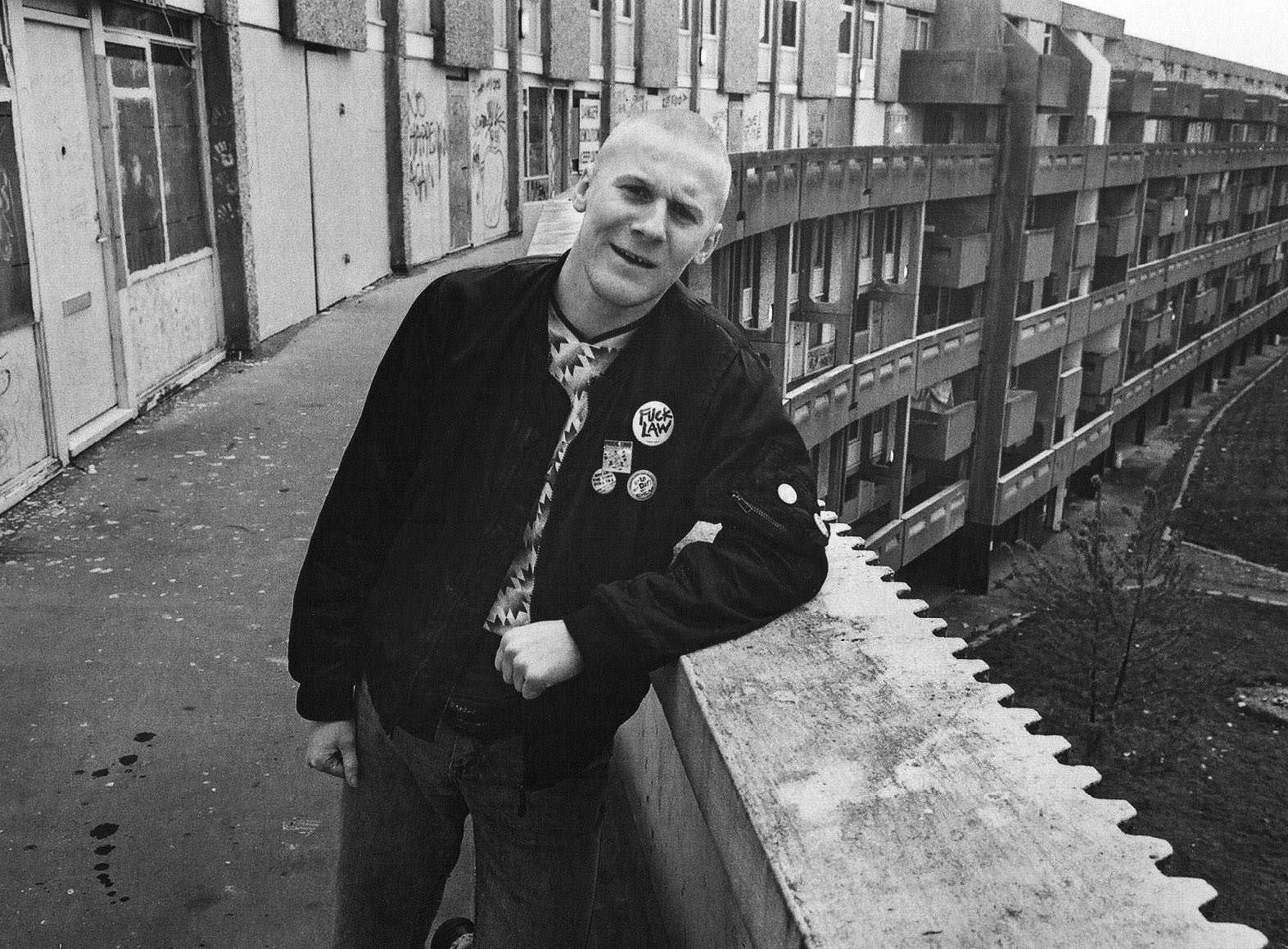 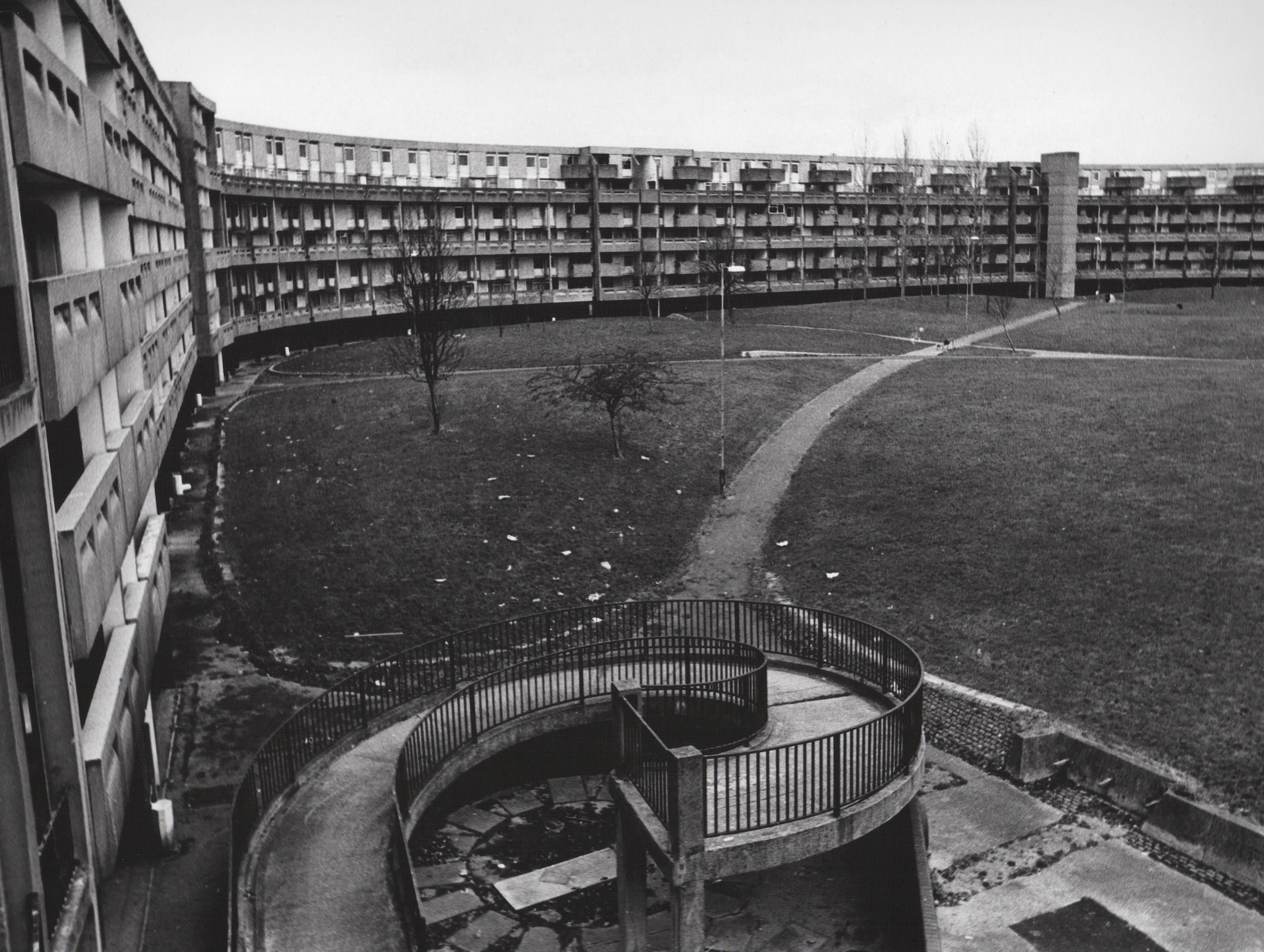 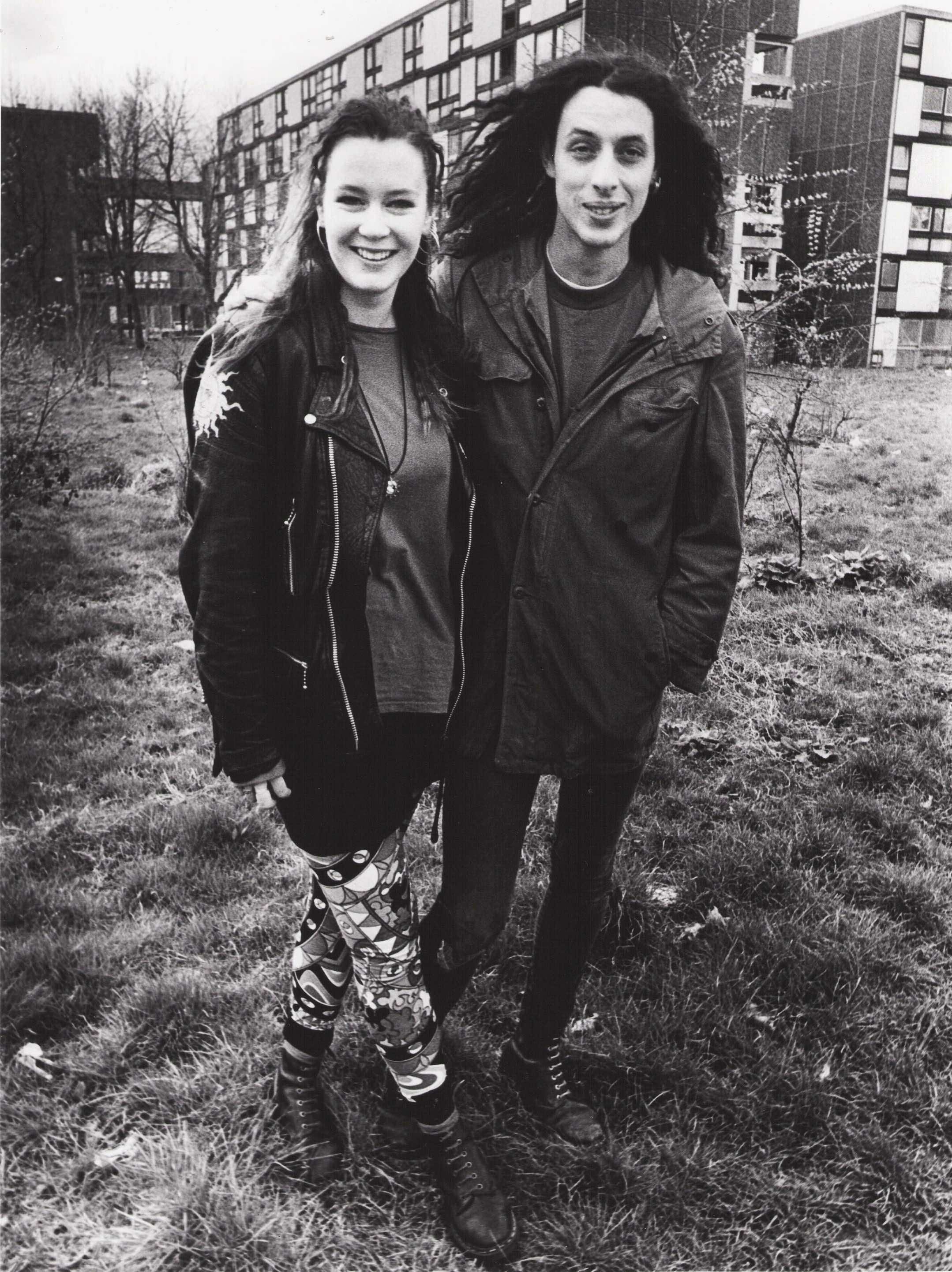 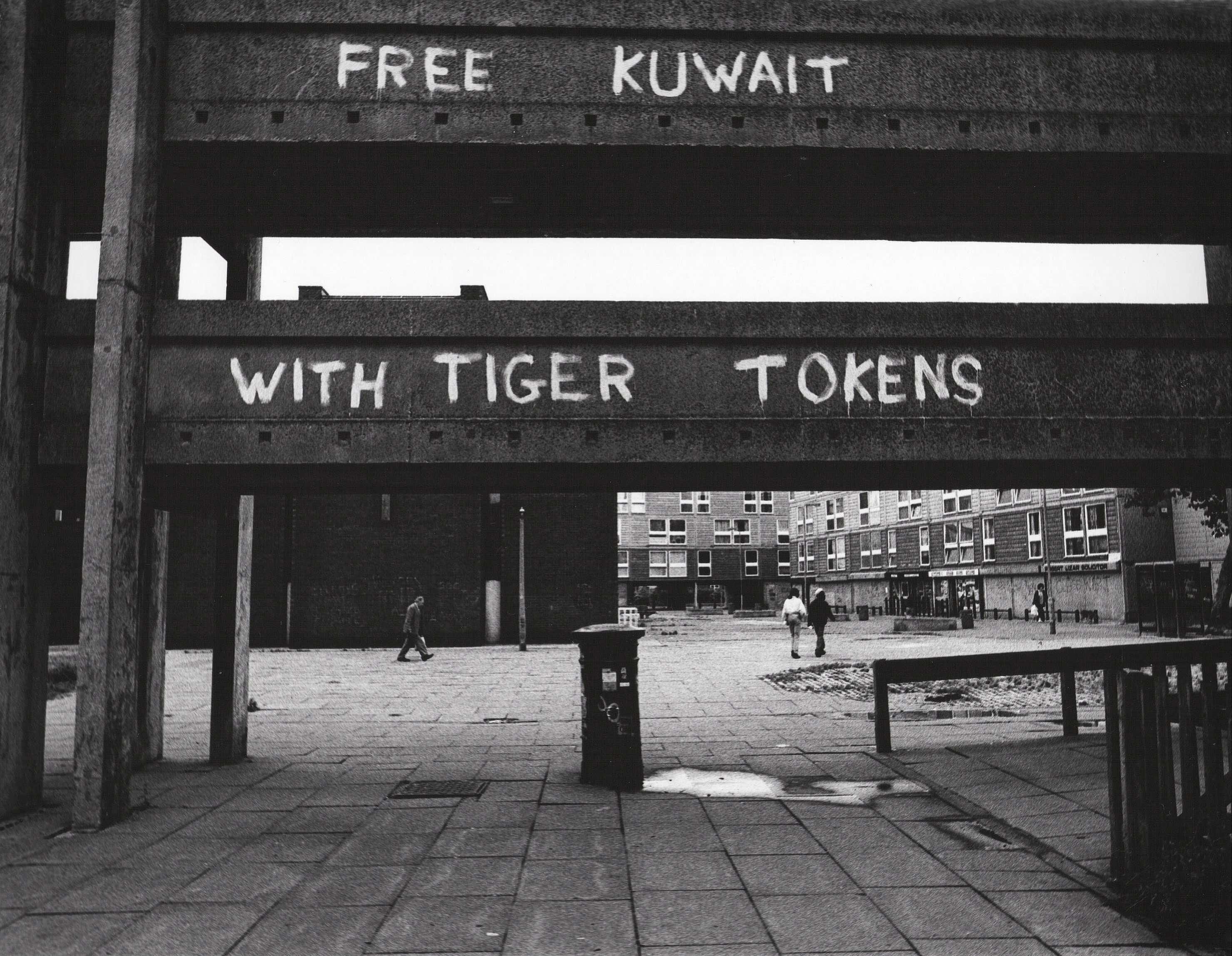 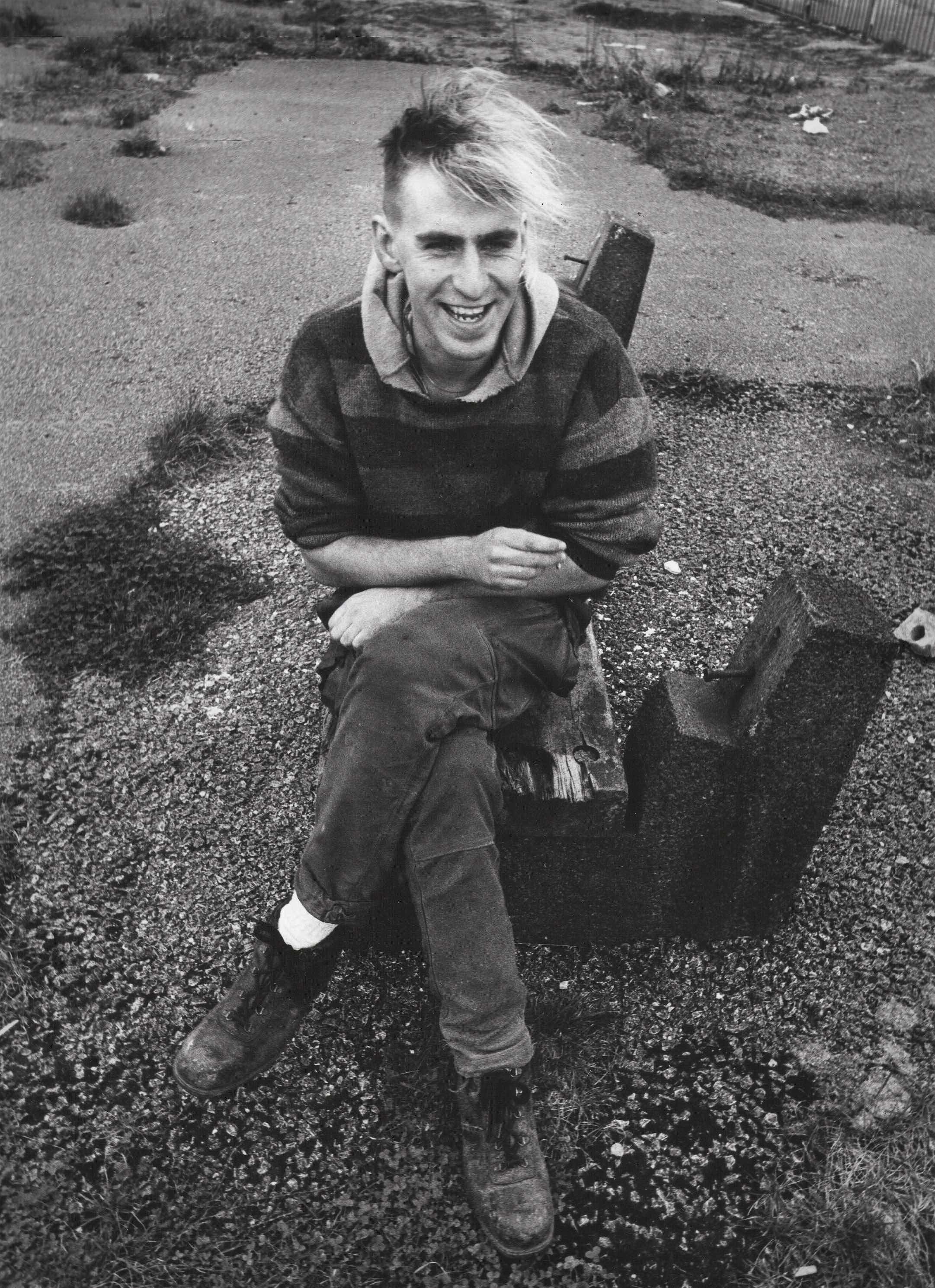 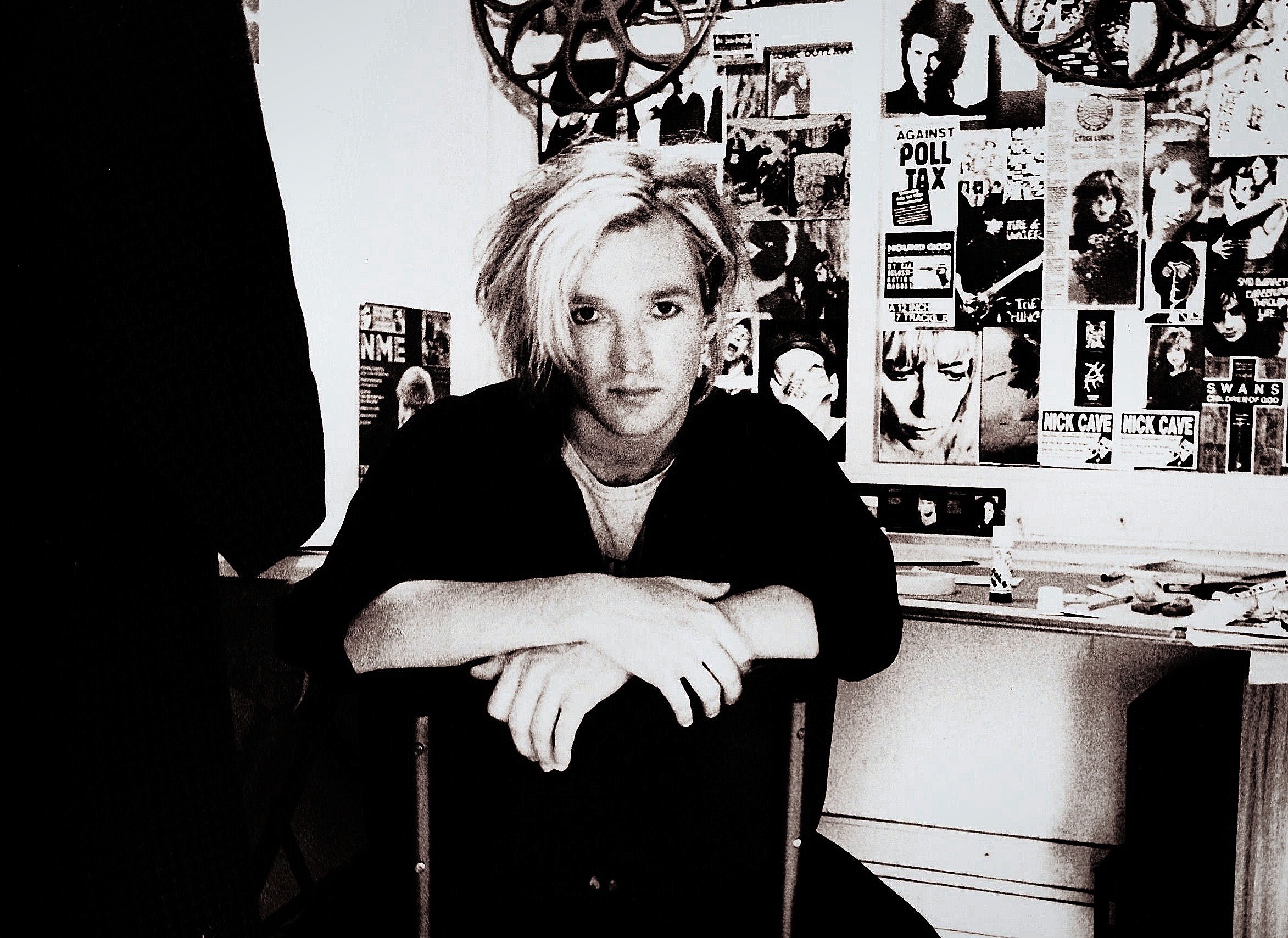 Richard Davis: Hulme 1980s-90s is on view as part of an exhibition of the British Culture Archive at The Social in London through the end of December 2019.

Linkedin
RELATED ARTICLES
OTHER ARTICLES
The photographer reflects on building trust with his subjects and using the street as his studio.
Jermain Cikic reflects on his experience of visiting the island of Samos, Greece, in the summer of 2021.
A new book traces the legislation’s tumultuous history and the lasting impact its had on LGBTQ+ activism today.
The internet furore surrounding a certain NY-based furniture designer should make us question whether condemning people in the harshest possible terms harms more than it helps.
The musician, DJ and founder of Monika Enterprise reflects on a career defined by revolution and rule-breaking.
Photographer Melanie Nissen recalls capturing the characters, fashions and rarefied chaos of a rapidly-expanding set of punk bands who helped to redefine the genre.