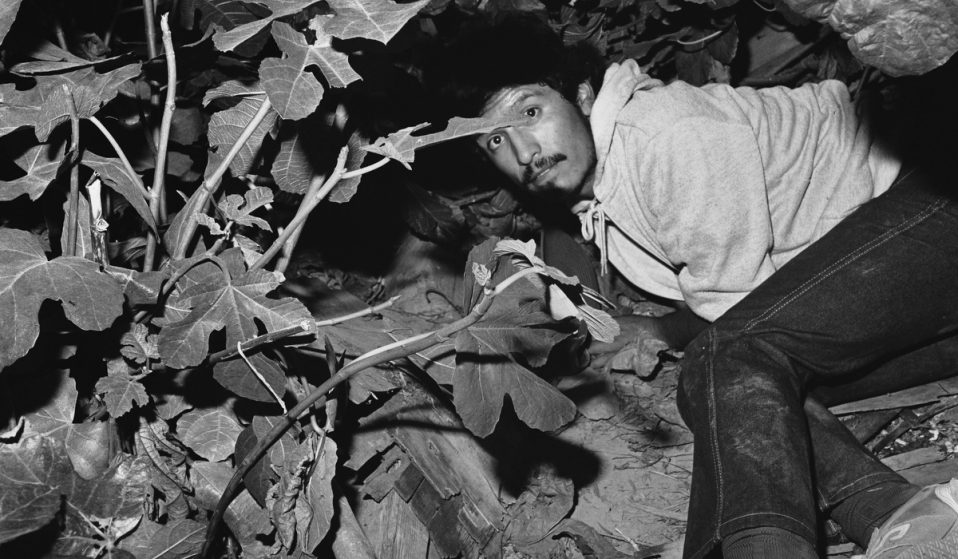 With his gripping photographs, taken during the 1980s, Ken Light wanted to reveal ‘the desperation, hardship, and struggle of people who want a better life’.

With his gripping photographs, taken during the 1980s, Ken Light wanted to reveal ‘the desperation, hardship, and struggle of people who want a better life’.

In the late 1970s, photojournalist Ken Light began documenting agricultural workers across the United States. “The more I travelled, the more I began to see undocumented workers,” he says of the project, which would eventually become With These Hands (Pilgrim Press, 1986). “Many were living in the fields for fear of being apprehended.”

“At the time, a lot of newspapers in California were writing stories about the ‘Brown Invasion’ because the immigration numbers were incredible. I realised this is one of the great stories of the 20th century, one that would change the demographics of America.”

Between 1983-1987, Light travelled alongside US Border Patrol over three to four days from 4 pm to 7 am as they combed the Otay Mesa searching for migrants making their way into the country. His gripping photographs have been gathered in the new book, Midnight La Frontera (TBW Books).

While most photographers would shoot at dusk then leave before night fell, Light chose to shoot the border at night. Working under pitch-black conditions, he preset his Hasselblad camera to focus in the immediate foreground, the only illumination made the moment his flash went off. 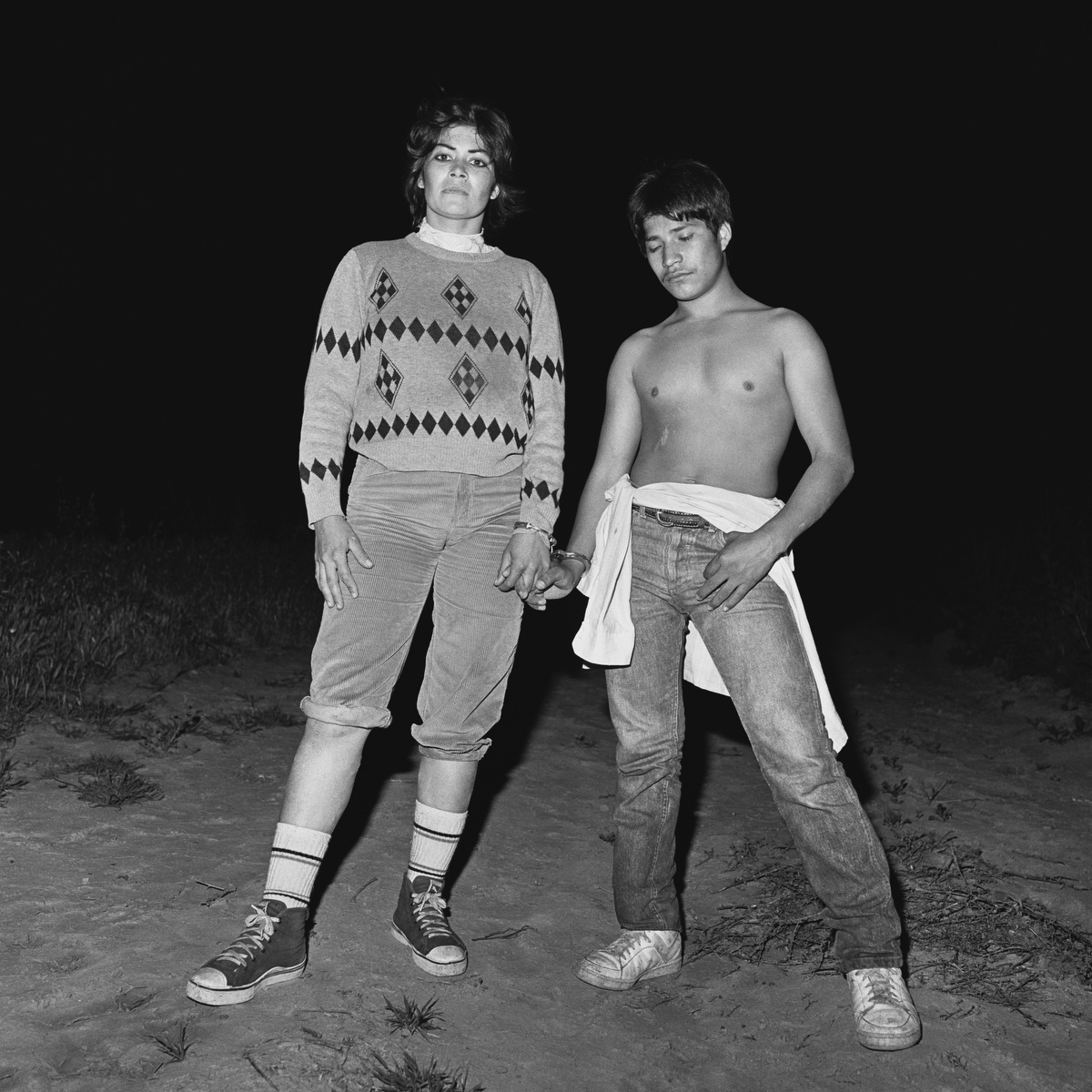 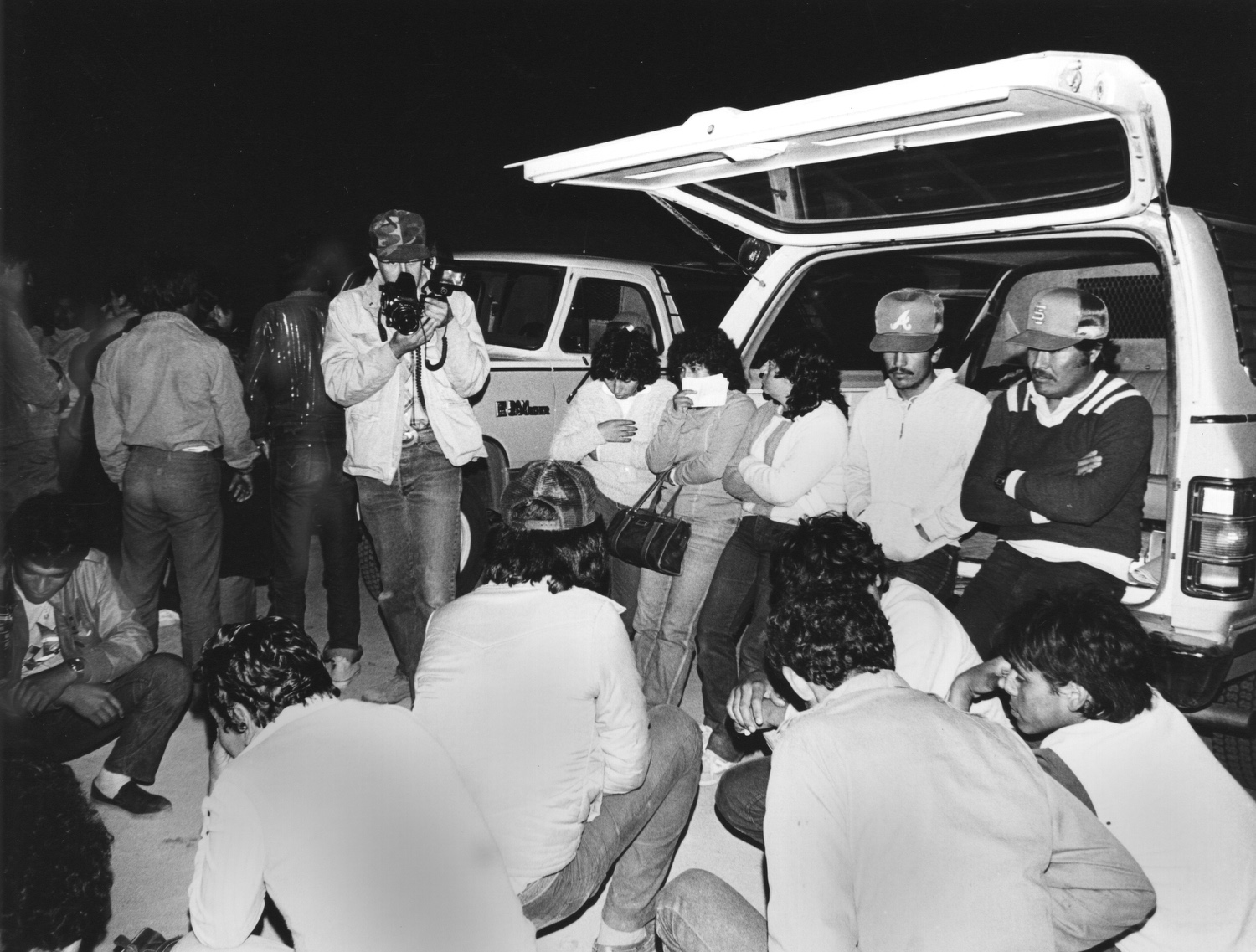 “In those days, it was ‘catch and release.’ The agents would fill out a form in the field, drive the migrants to the station, put them on a bus, drive them down to the fence at Tijuana, and push them through. When I first started, the agents apprehended groups of 15-20 people. They would tell them to sit down and they would. By the time I finished photographing in ’87, it was the opposite experience – people would run in 20 different directions.”

As Light began showing the work, he sensed that people didn’t understand the story behind the images. He went on to Mexico to visit the villages to see where people were coming from and why they left, then went to San Diego, Los Angeles, and Fresno to look at where they ended up for To the Promised Land (Aperture, 1988).

When Donald Trump began vilifying Mexicans during his 2016 Presidential campaign, Light decided to revisit these photographs  – most of which have never been seen before.

“This moment is a repeat of the ’80s; it’s not a new story,” he says. “I wanted to put together a body of work so people can see the desperation, hardship, and struggle of people who want a better life – and to make a record for people whose family members had this experience generations ago. Maybe they don’t hear about it because it’s too traumatic to tell the story of coming at night and being hunted.” 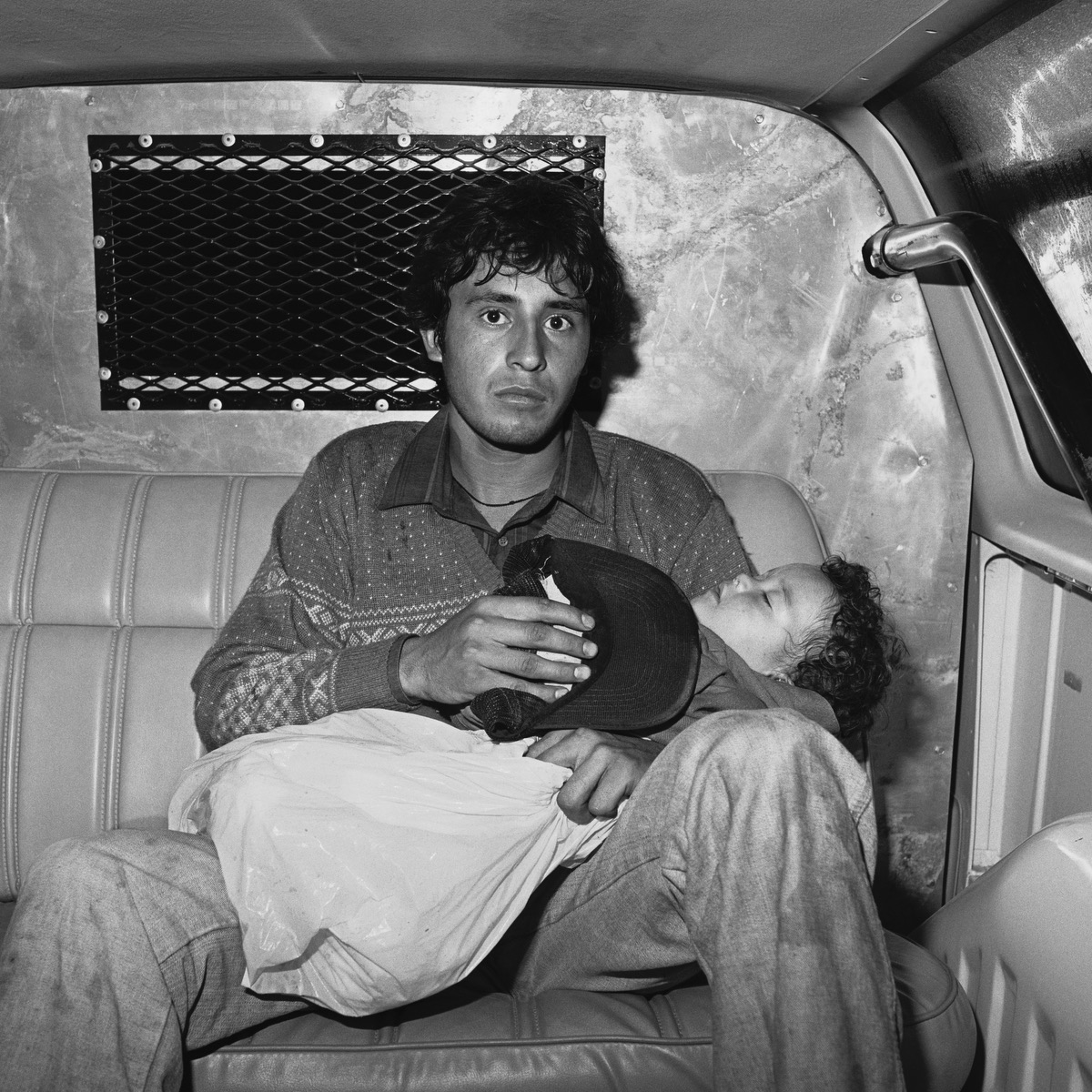 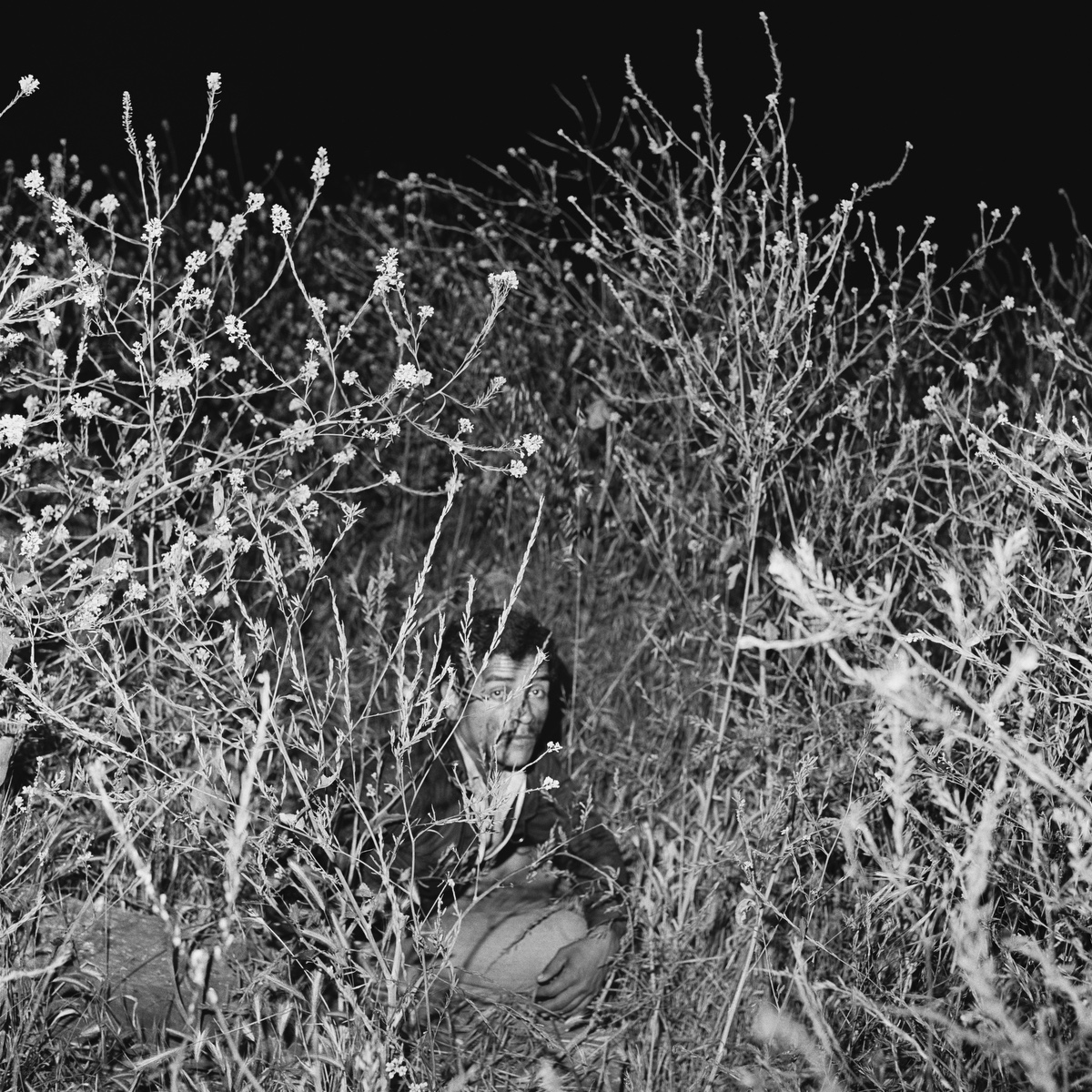 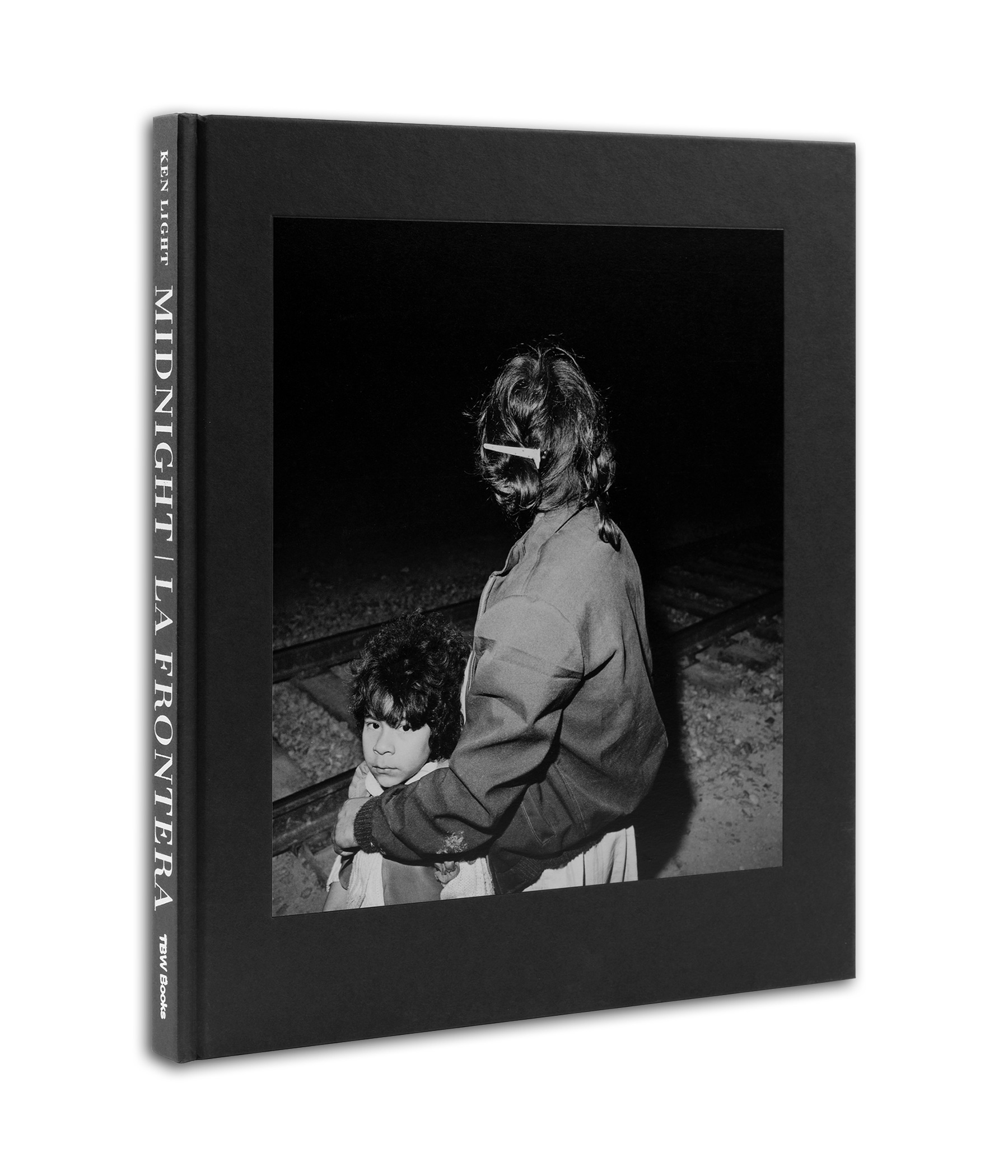 Linkedin
RELATED ARTICLES
OTHER ARTICLES
From snake handlers to mardi-gras revellers, Tom “TBow” Bowden’s photos provide a snapshot of the wonderful and weird people who make up America.
Taking us through one of the most dynamic years in recent history, Laylah Amatullah Barrayn new photo book contains tender yet confrontational portraits.
The pro skateboarder withdrew from the 2020 Olympic Games so he could come out as trans. Now, he’s hoping to encourage others to live as their authentic selves – within the sport and beyond.
Yohon Tatum, aka Legendary Father of the House of Tisci, reflects on nurturing a new generation of talent.
Activists and campaigners are fighting back against new laws that would seriously undermine the ability to take industrial action, calling it an attack on fundamental workers' rights.
After blocking the Scottish government’s gender recognition reform bill, Westminster is now devising further changes to the law to make it harder for trans people to self-identify.