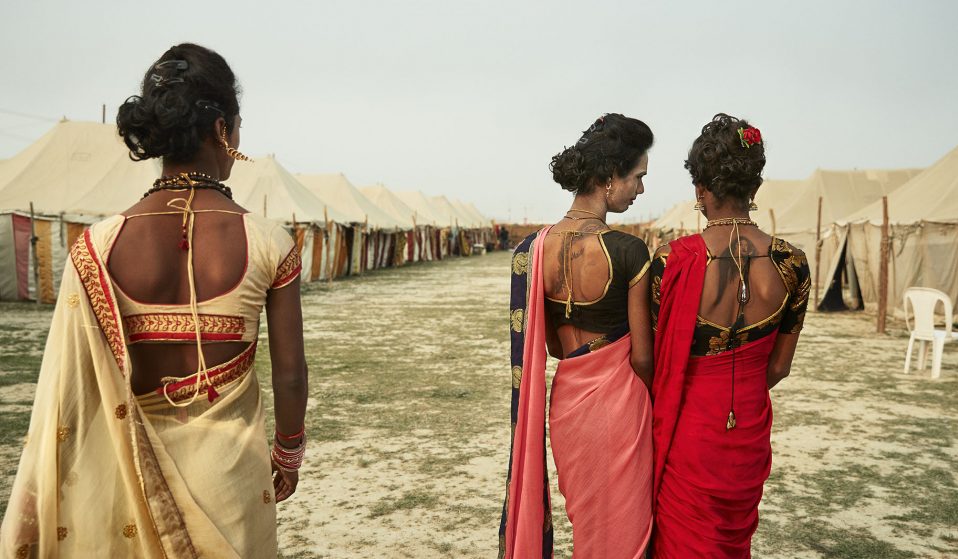 In 2019, transgender Sadhus – holy ascetics in the Hindu tradition – were allowed to participate in the country’s sacred Kumbh Mela festival for the first time. Photographer Guillaume Ziccarelli captured their journey.

In 2019, transgender Sadhus – holy ascetics in the Hindu tradition – were allowed to participate in the country’s sacred Kumbh Mela festival for the first time. Photographer Guillaume Ziccarelli captured their journey.

Every 12 years, the sacred Kumbh Mela festival takes place across four riverbank pilgrimage sites across India. In 2019, transgender Sadhus – holy, religious ascetics in the Hindu and Jain tradition – were allowed to participate in the festival for the very first time.

However, in a landmark Supreme Court ruling in 2014, India became the very first nation to recognise trans as a third gender. Yet trans people in India still face discrimination, violence and abuse as the stain of Western imperialism lingers long after the country’s independence.

In the new exhibition, The Holy Third Gender: Kinnar Sadhu, French photographer and cinematographer Guillaume Ziccarelli travelled to Allahabad to document their controversial initiation into Kumbh Mela as spiritual leaders akin to saints.

Over a two-week period, Ziccarelli got to know several Kinnar Sadhus who warmly welcomed him into their world. “We ate meals together, and they gave me a space on their campground to set up a studio,” he says.

“A lot of what they discussed with me was about gaining acceptance within Hindu religion, and then having that carry over to other parts of Indian society. They want recognition and equal rights. This festival was clearly a major milestone for them in terms of being recognised and accepted by their peers and the public. They were overjoyed and empowered.” 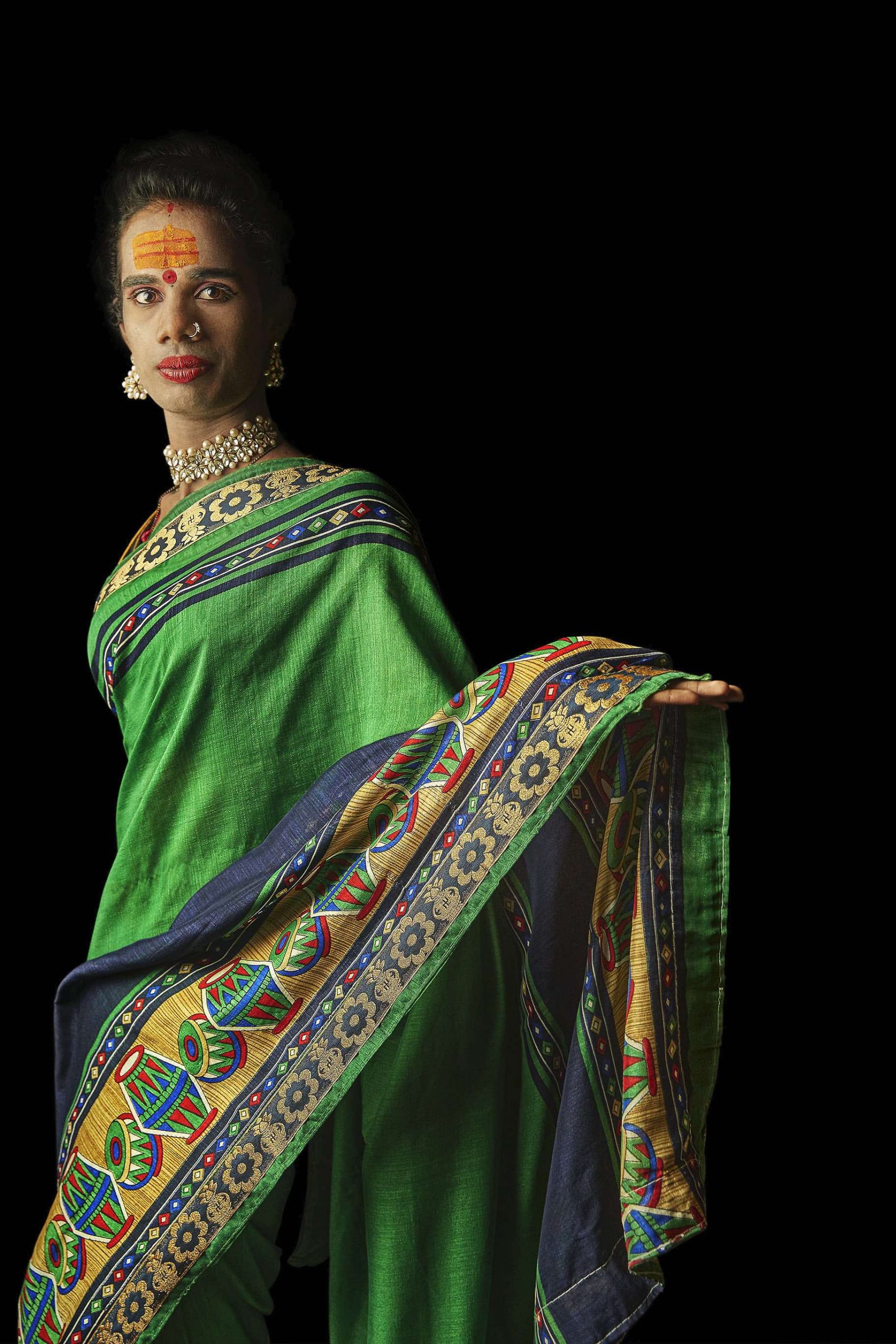 Although some Hindu akharas, or orders, still oppose their participation at the Kumbh Mela, Ziccarelli noticed that when the Kinnar Sadhus walked through the festival, most of the public responded positively.

“I was very impressed with how the Kinnars handled the crowds with great authority,” he says. “They would clap their hands sternly if people needed to calm down. The Kinnars were a huge attraction, and thousands of pilgrims would come to be blessed by them every day.”

“The Kinnars listened to the pilgrims, their stories, and problems about money, fertility, family or agricultural and work-related. They would also paint the foreheads of pilgrims with coloured powder, or give them raw rice for good luck. When a pilgrim was able to get a special visit in a Kinnar Sadhu’s tent, the Sadhus would sing prayers, light incense and give offerings to the gods.”

The two weeks Ziccarelli spent at the festival allowed him to form close relationships with a few of the Kinnar Sadhus, including Manisha and Rishika. “They wanted to get tattoos at the festival to remember this moment,” he says. “The tattoos turned out nothing like what they’d envisioned but it was too late. They looked at them and just laughed.”

“I liked that they could turn something that could make a person angry into a moment of laughter. These strange, failed tattoos became a favourite memory. They knew how to keep their perspective and that inspires me still.” 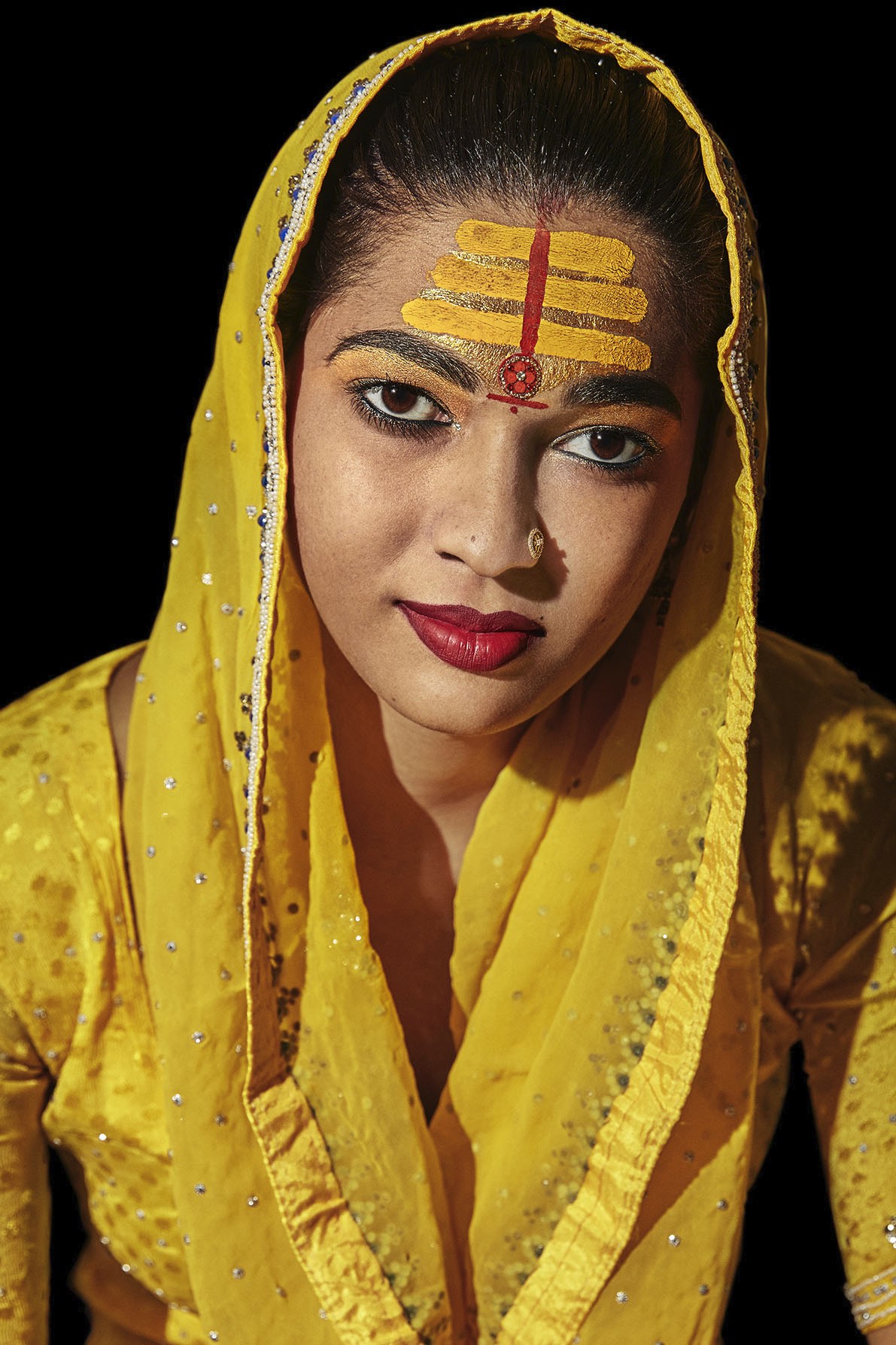 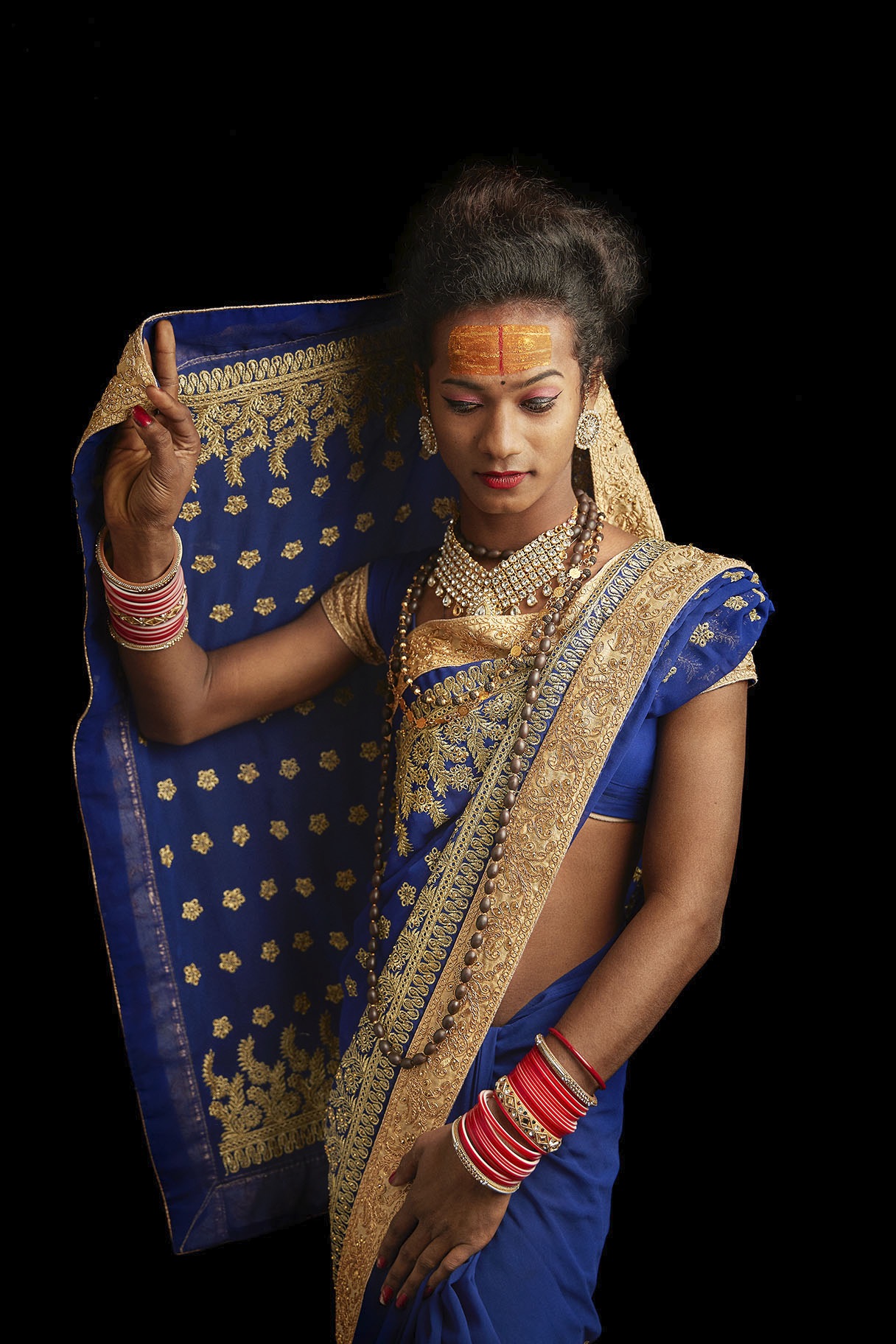 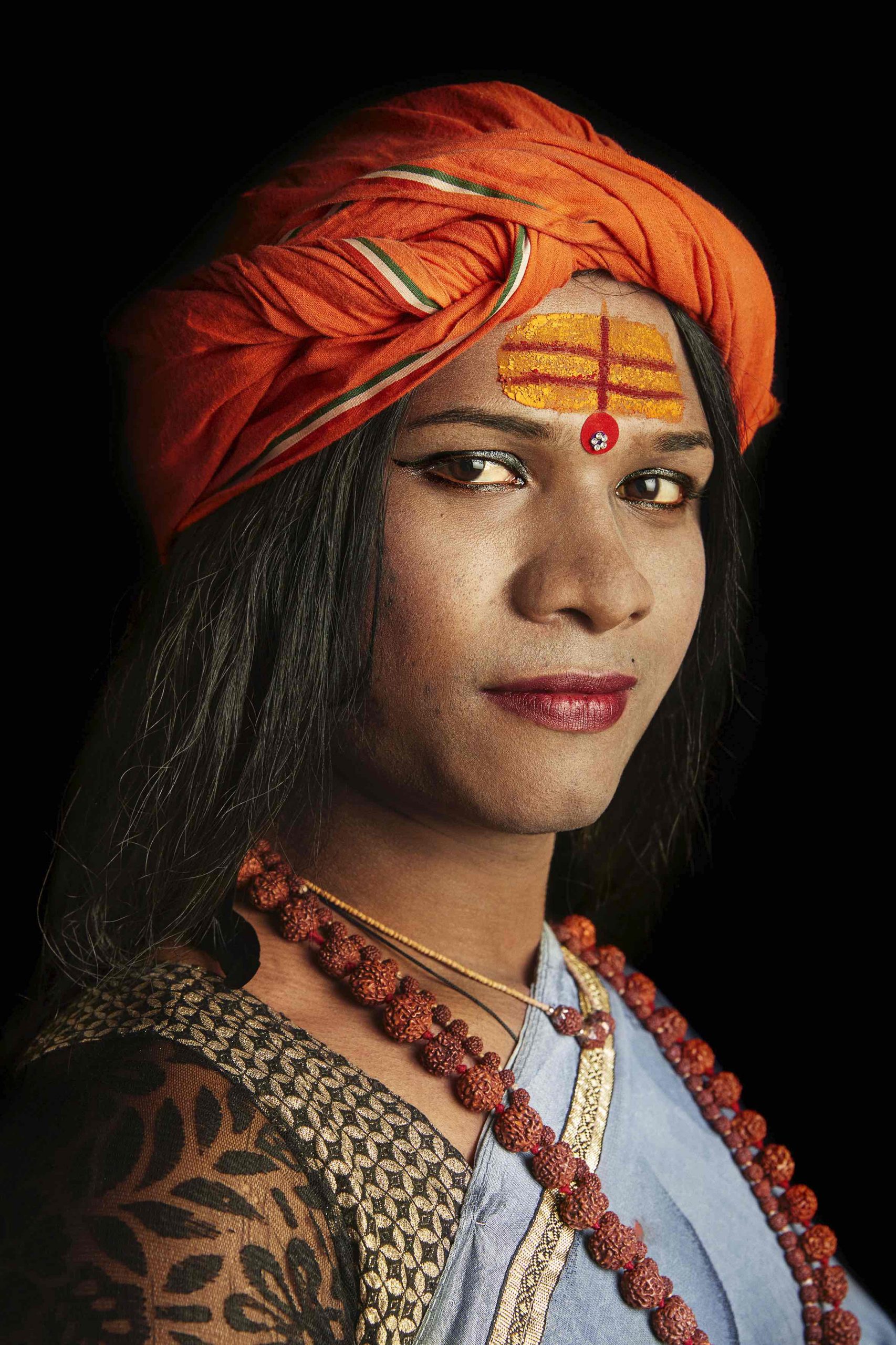 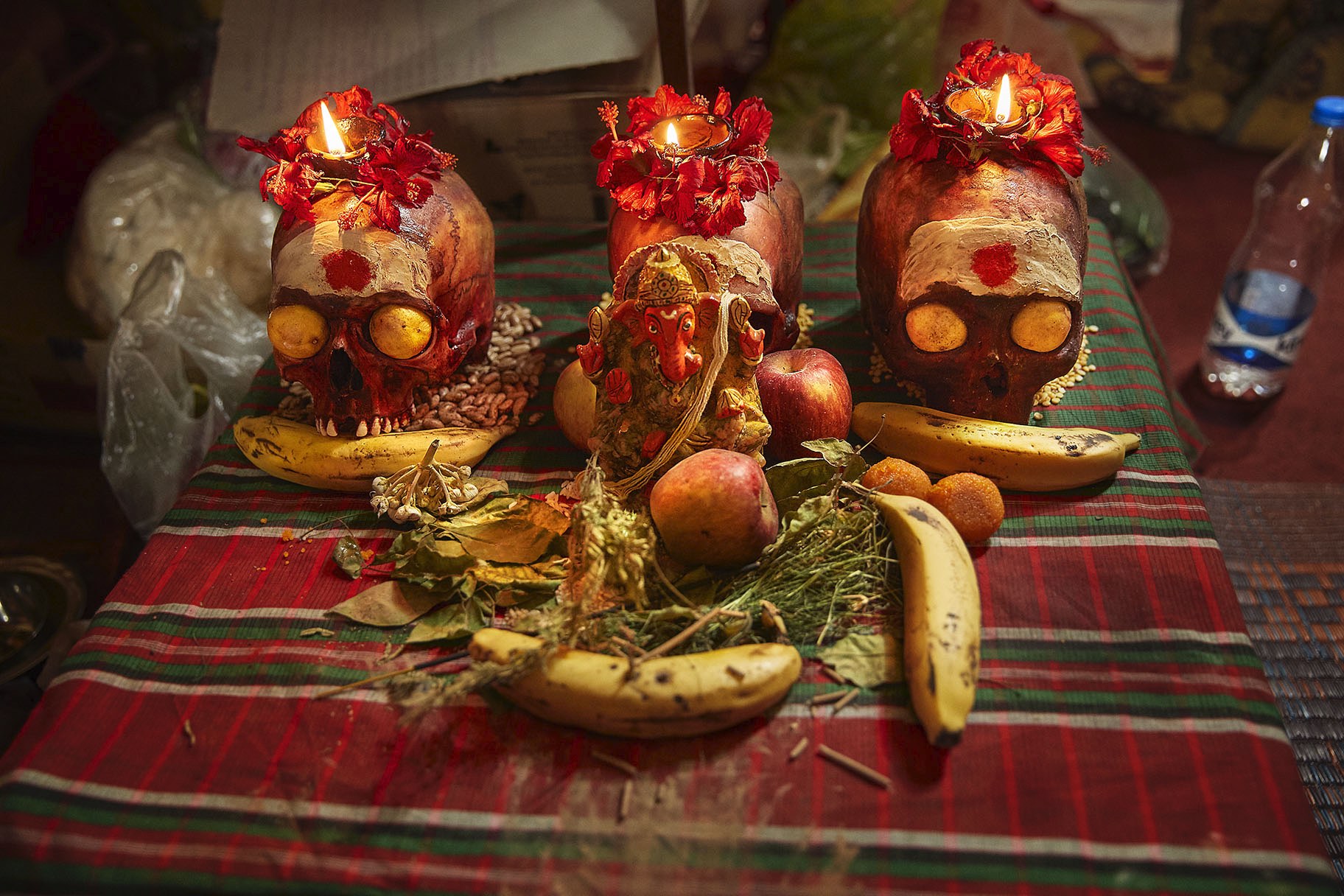 The Holy Third Gender: KInnar Sadhu is on view at Perrotin New York, through August 14, 2020.

Linkedin
RELATED ARTICLES
OTHER ARTICLES
The situation in Afghanistan remains dire, with many groups facing persecution at the hands of the Taliban.
Following the release of his newly republished 1991 book, Redheads, the American photographer reflects on his celebration of ginger people and their magnetic power.
Shifting the focus from the cost of living crisis to tackling obesity while many starve or freeze is farcical and pointless, writes Fatzine founder Gina Tonic.
Following the success of her debut novel, the Tottenham native is restating her commitment to the place that made her.
Over the weekend, London locals came together to resist a pre-planned police raid targeting delivery drivers.
With their latest capsule collection, SCRT have constructed their own mythology, based on the story of a fictional meteor shower that hit a small Scottish town.