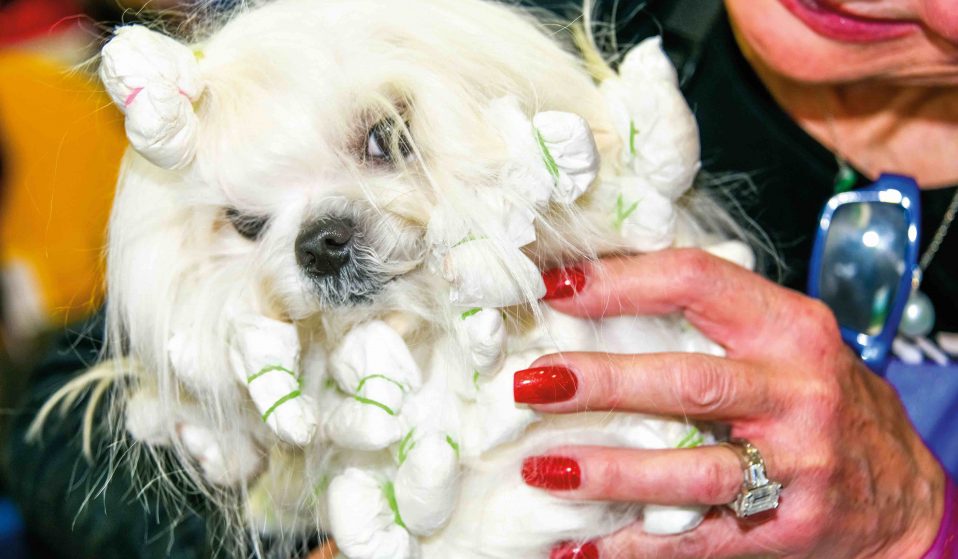 How the other half live: photographer Dolly Faibyshev captures the kitschy canine bliss of the Westminster Kennel Club Dog Show.

How the other half live: photographer Dolly Faibyshev captures the kitschy canine bliss of the Westminster Kennel Club Dog Show.

For more than 150 years, the Westminster Kennel Club has dedicated itself to the sport of purebred dogs. Today, it is a global phenomenon; a series of competitions that involve nearly 3,000 dogs at New York City’s Madison Square Garden.

10 years ago, inspiration stuck photographer Dolly Faibyshev while seeing coverage of the competition on TV. “I wondered what it must be like to actually be there,” she says. “As someone who was just beginning as a photographer, it called out to me. It’s set up to allow ticketholders to meet all the breeds that are competing, so it was a perfect way to get up close to the fans as well as the dogs.”

Faibyshev began photographing Westminster Kennel Club Dog Show and American Kennel Club National Championship, documenting the colourful, kitschy marvels of canine bliss. Her photographs of the celebrated creatures and all those who love them have just been published in the new book, Best in Show (Chronicle Chroma).

To say everyone is doing the most would be an understatement. “The dog owners aren’t actually showing the dog, they hire a handler that competes with the dog at the show,” Faibyshev explains. “The handlers really get into the competition and get very emotional. I’ve witnessed a lot of laughter and tears over the wins and losses.” 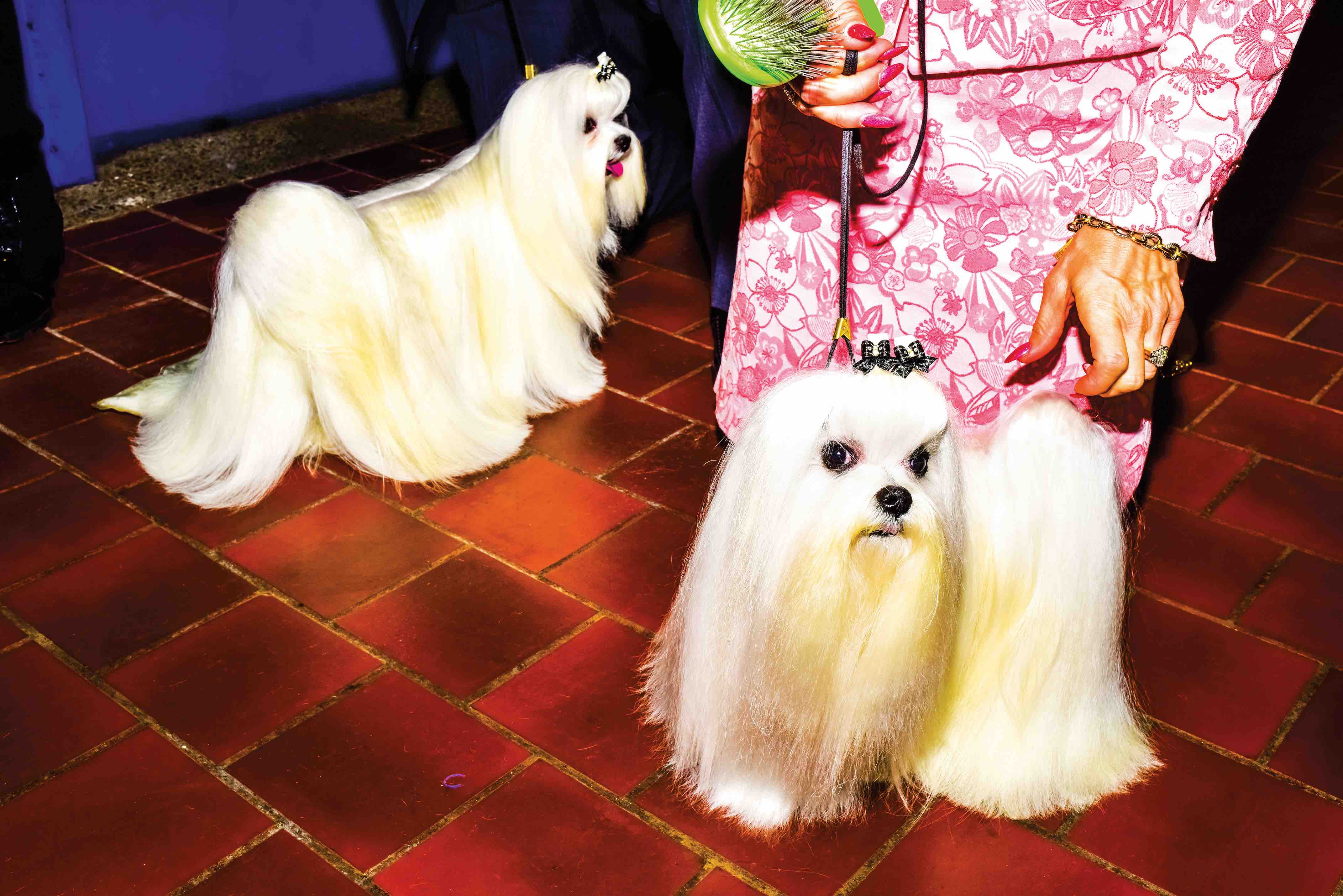 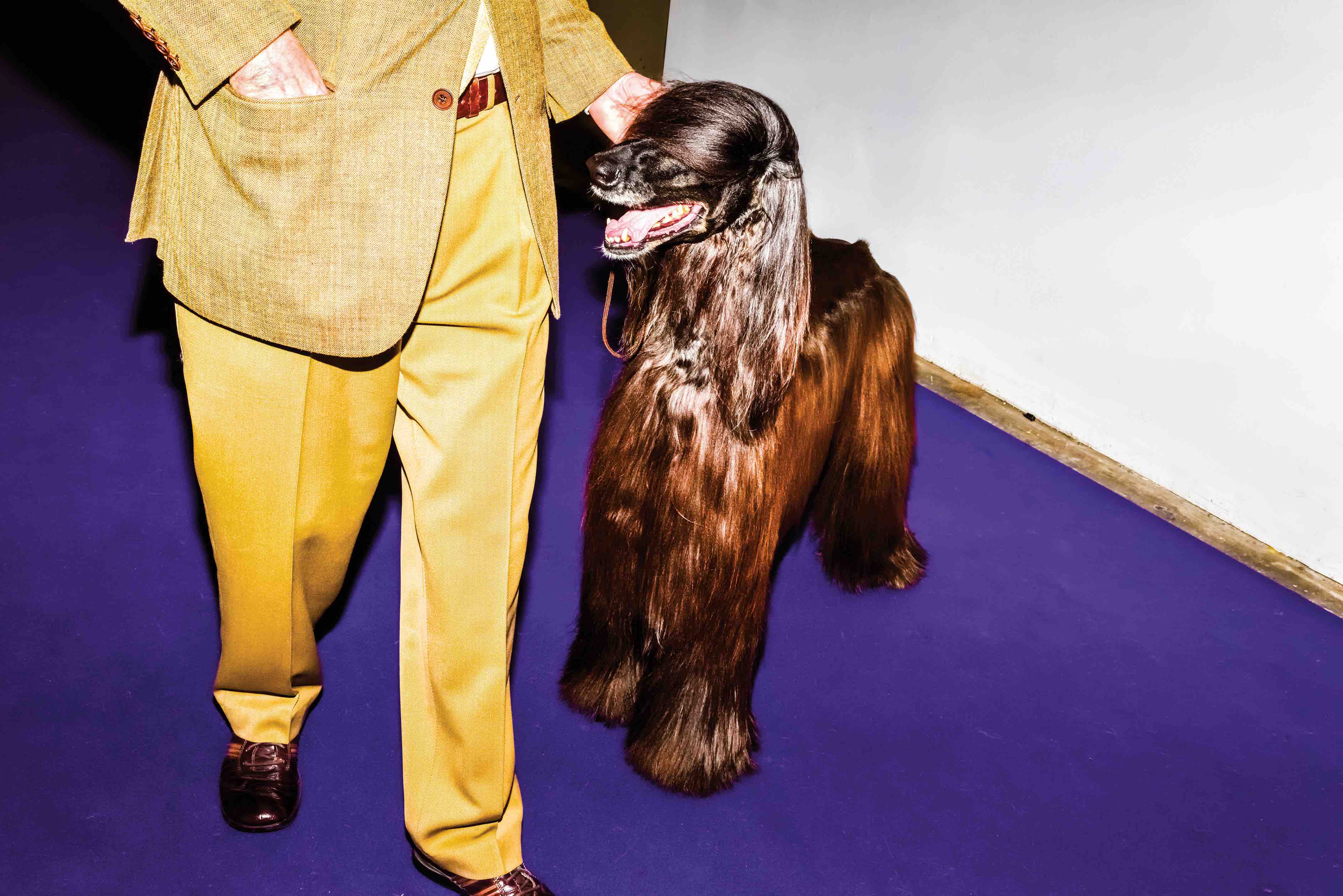 These emotions are matched by the fans, who are deeply invested in seeing their faves win. “It reminds me of a rock show, where fans sometimes show up wearing the t-shirts of the band they’ve come to see,” she says. “You see a lot of people wearing outfits and jewellery sporting their favourite dog breed.”

Meanwhile, the dogs are dolled up with glorious bouffants, fresh line-ups and deeply conditioned locks. Faibyshev notes the care and detail to dog grooming to be extraordinary, with, “hours upon hours of washing, brushing, powdering, clipping, drying. The dogs don’t seem to mind.”

As a first-generation Russian-American, the spectacle of American fantasy made a strong impression at an early age. “As a kid, I saw American culture vicariously through the eyes of my immigrant parents – their enthusiasm for the wonders of America rubbed off on me in a big way,” she says. “I’ve always been attracted to Americana and what Greil Marcus referred to as ‘The Old Weird America.’ There’s something both familiar and alien in the details that I always find compelling.”

That quest for striking iconography has brought Faibyshev to over-the-top events like Dollypalooza, Wrestlemania, and New York Fashion Week. Despite the clear differences, Faibyshev sees a chord that runs through her subjects. “It’s the pageantry of it all,” she says. “The anticipation, the crowds, the emotions, colours and sounds – these things exist in abundance here.” 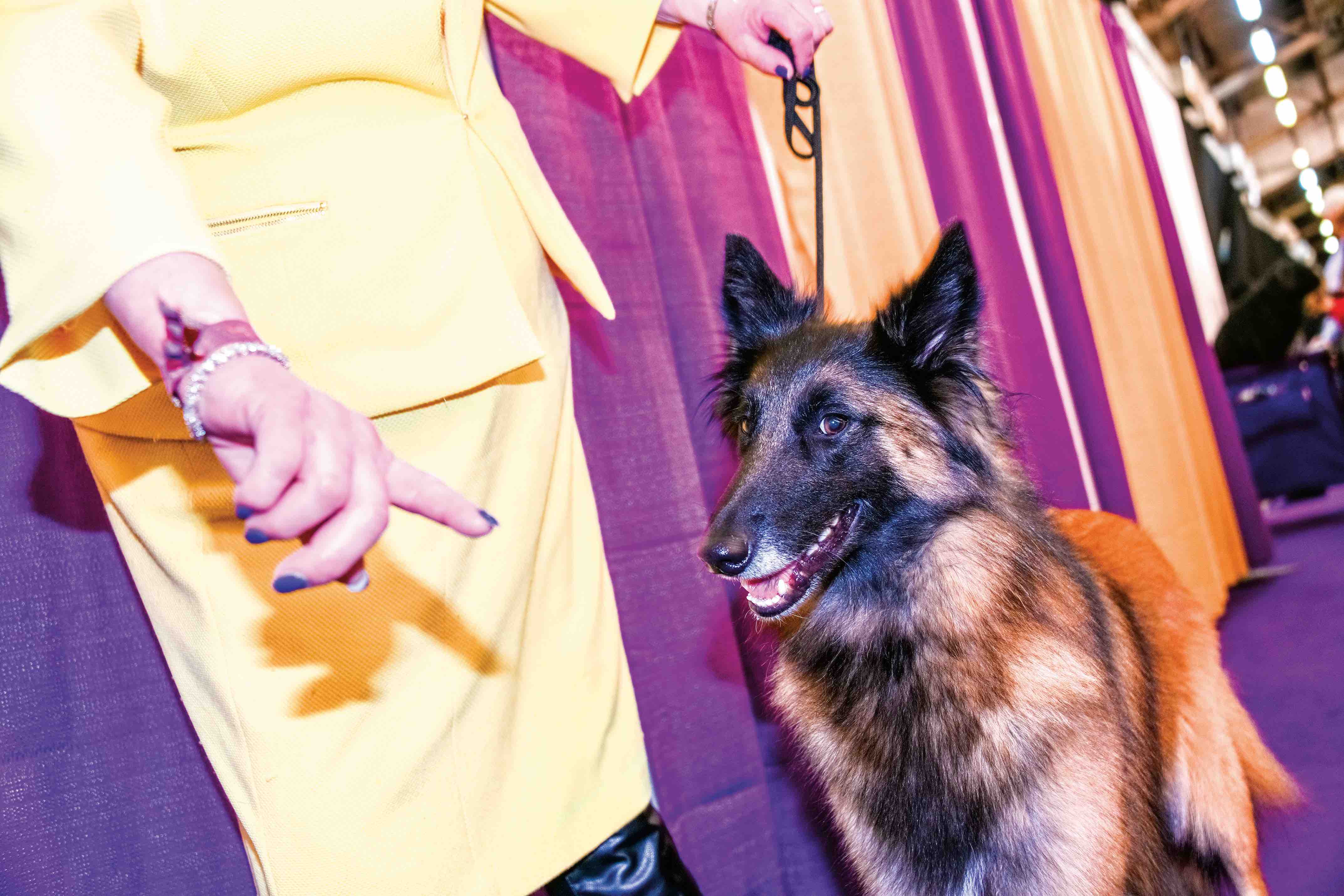 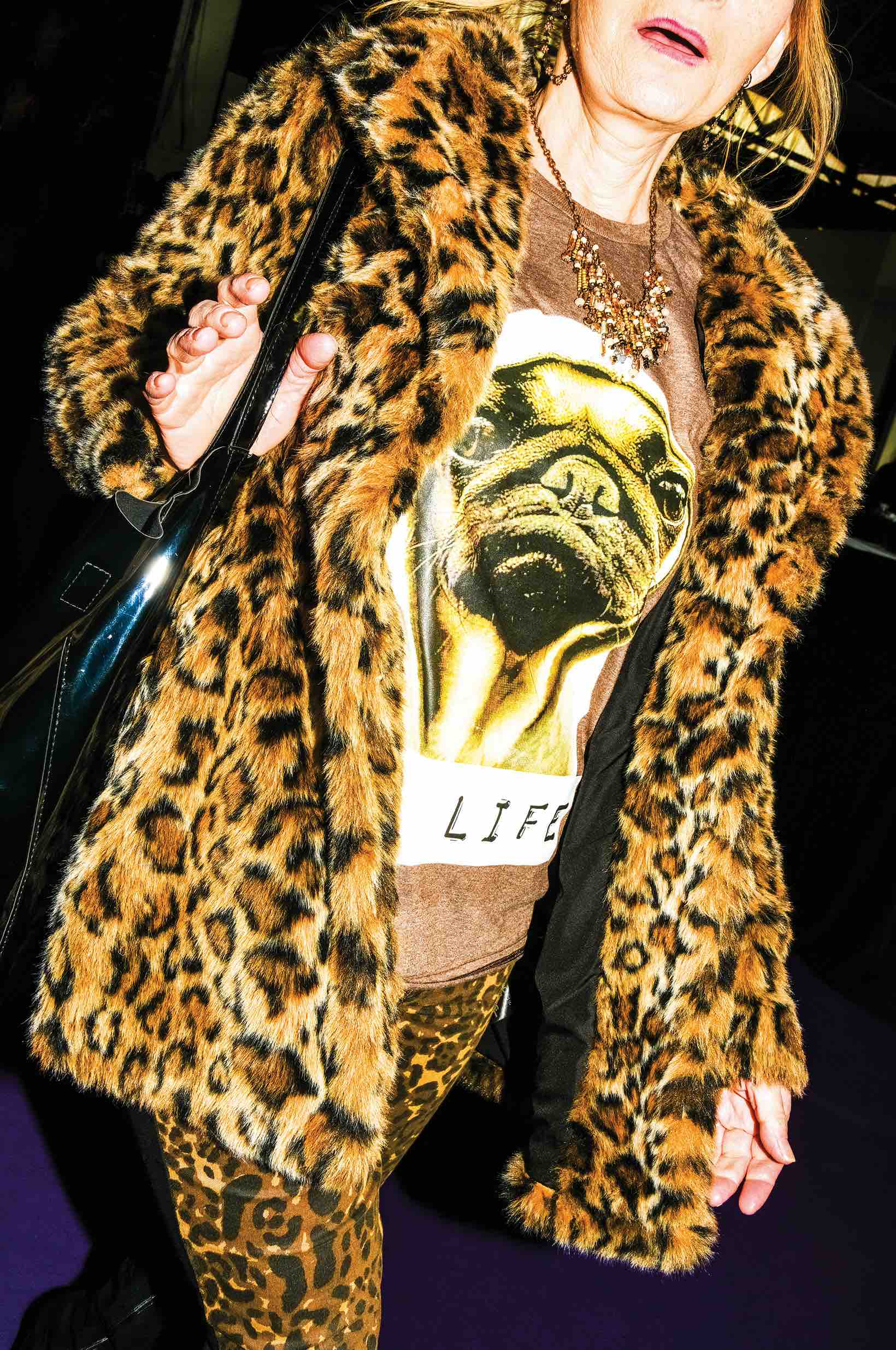 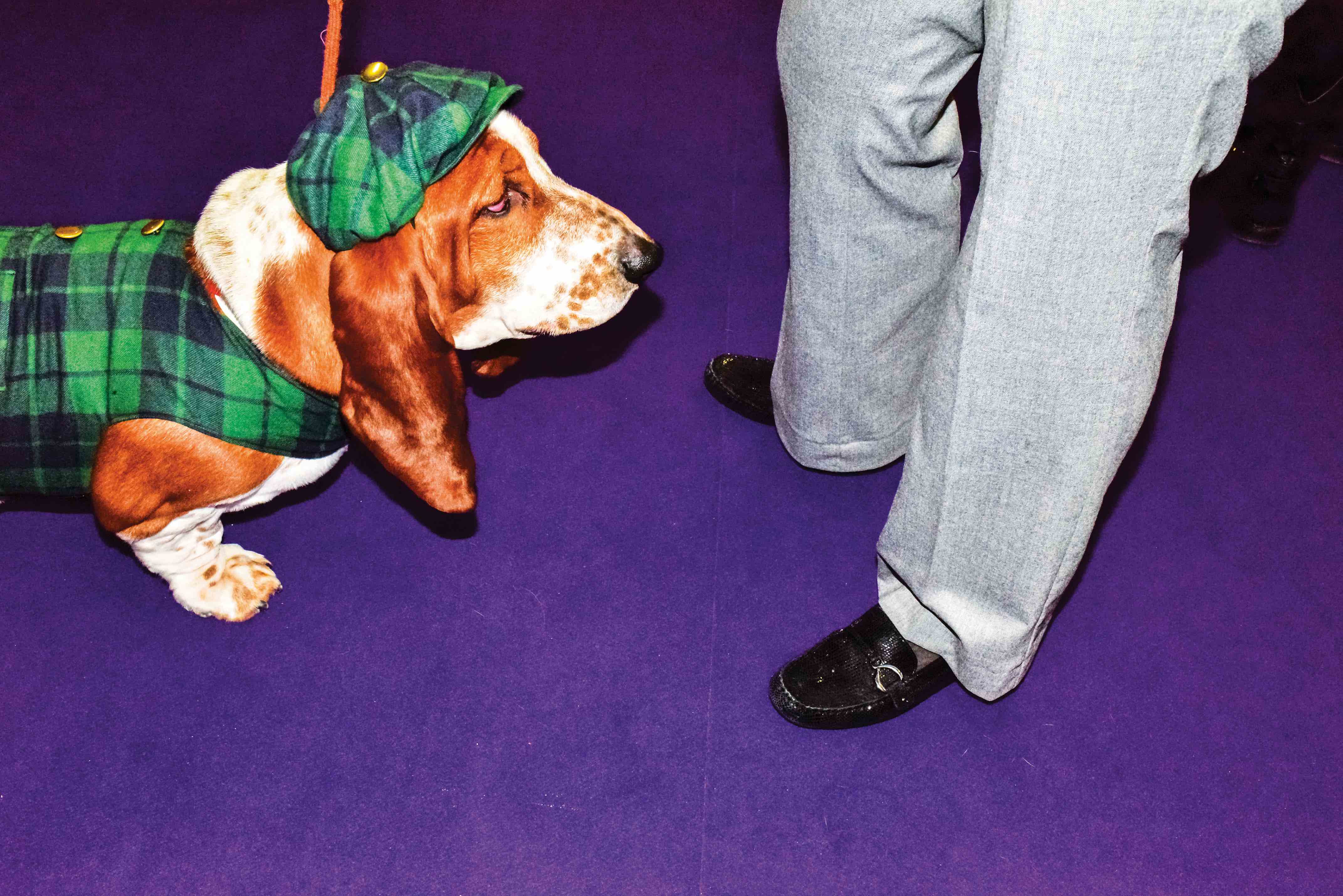 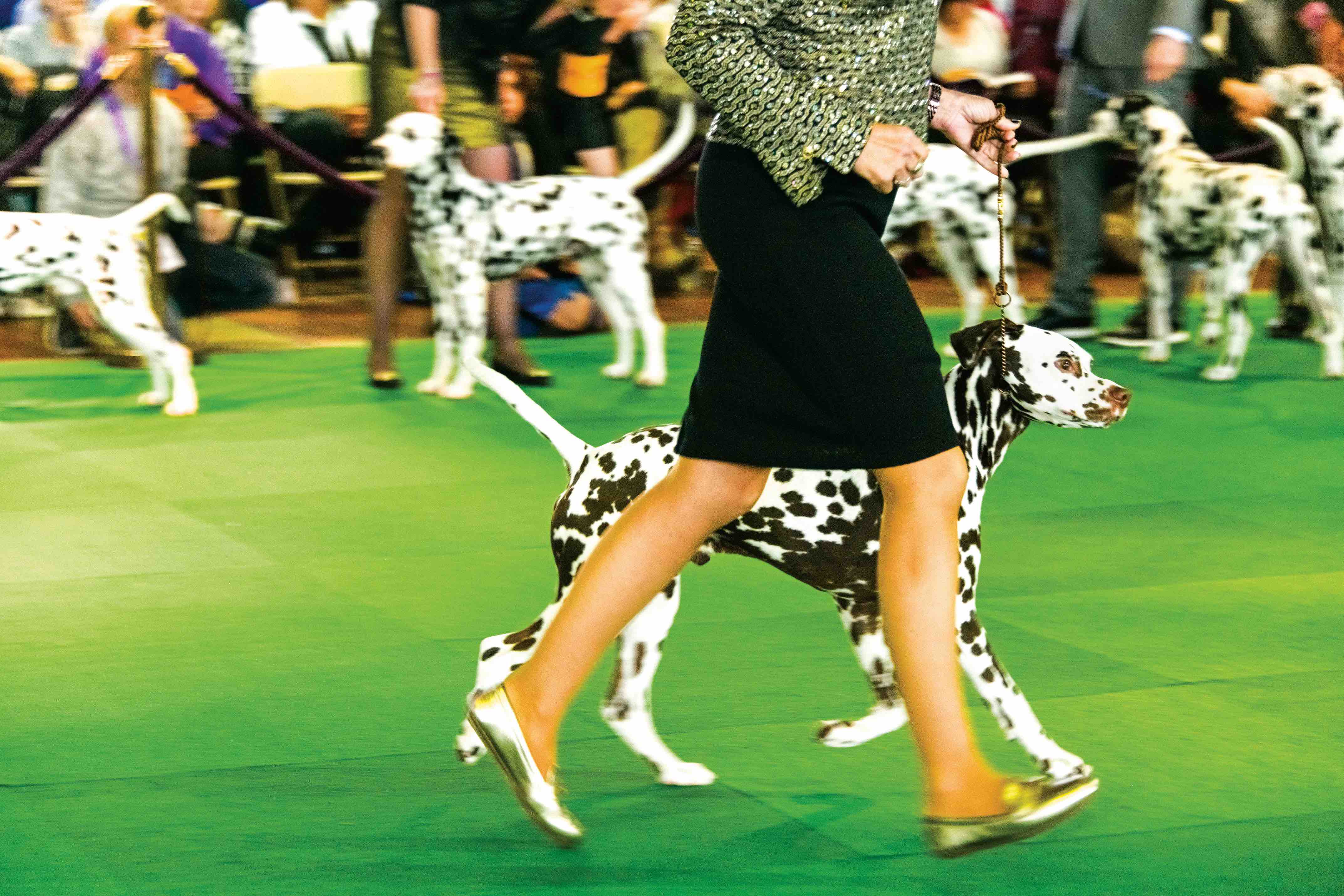 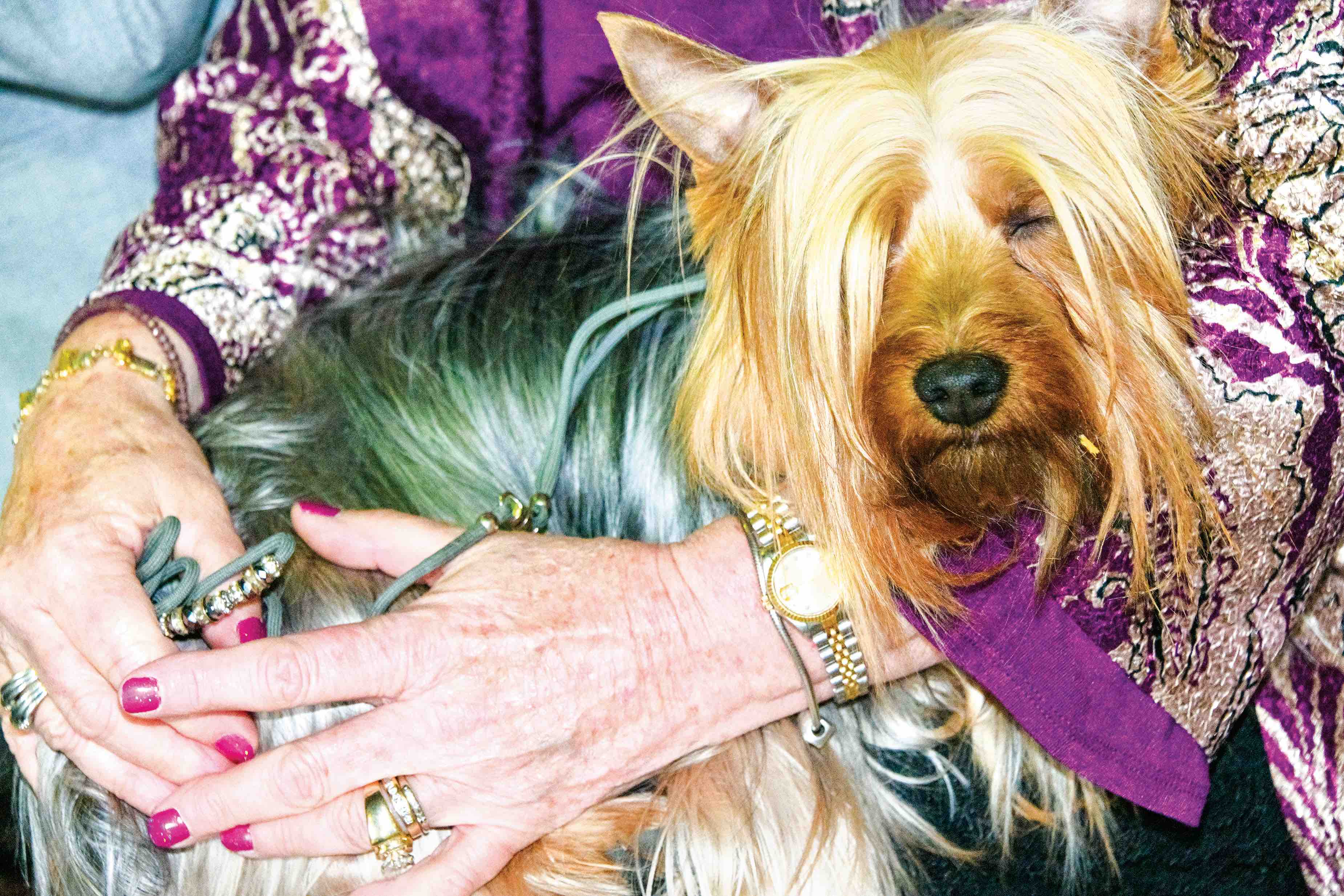 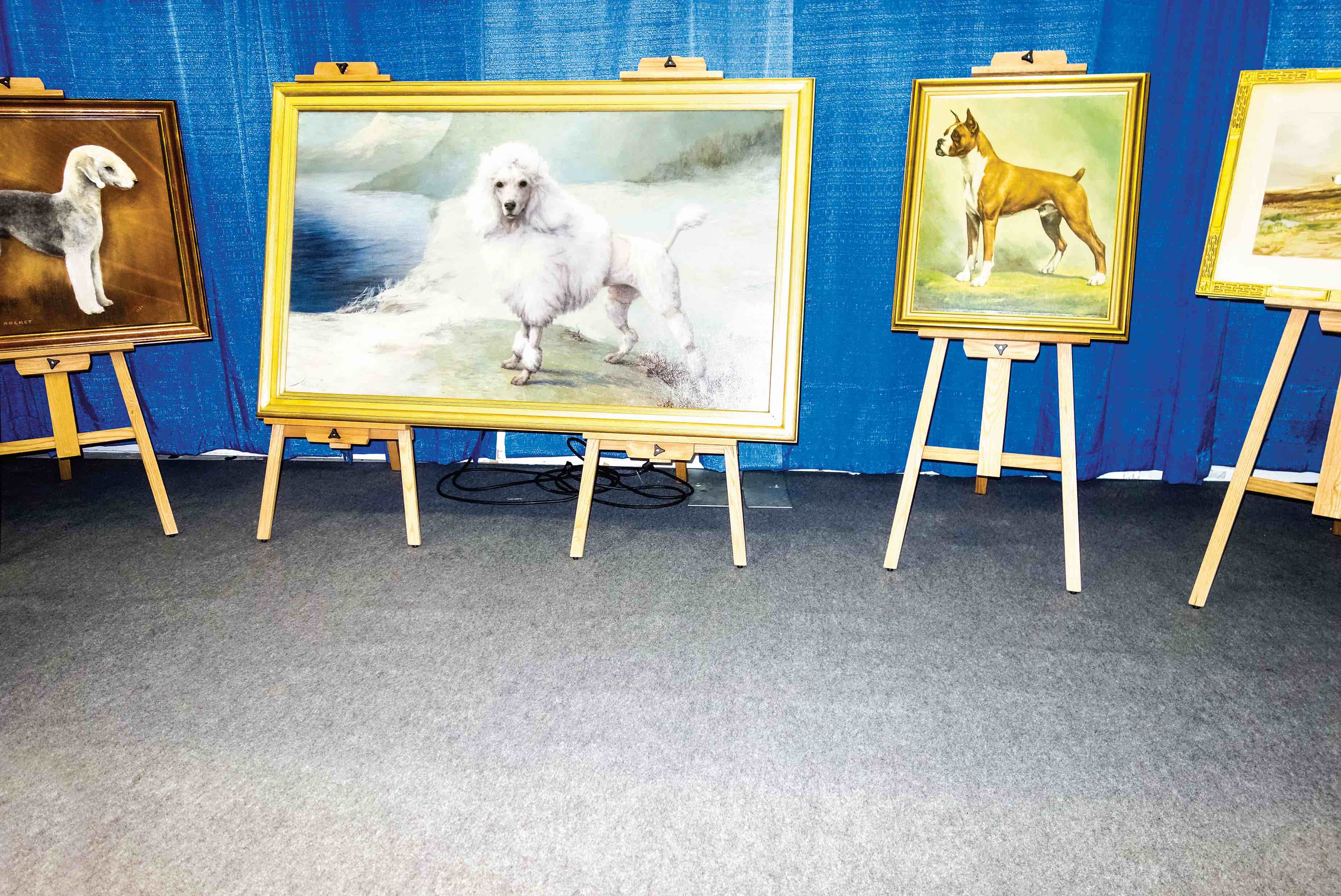 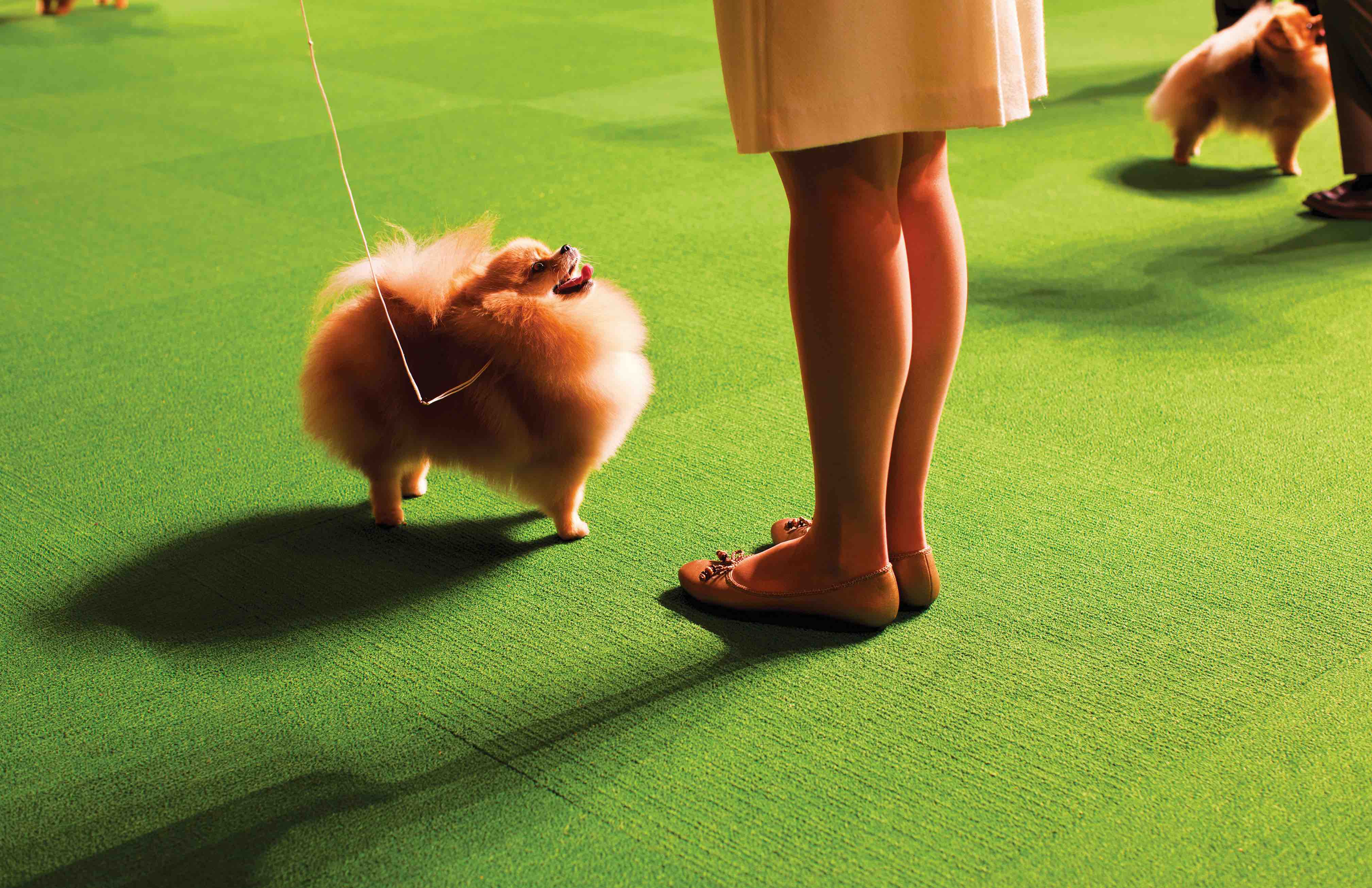 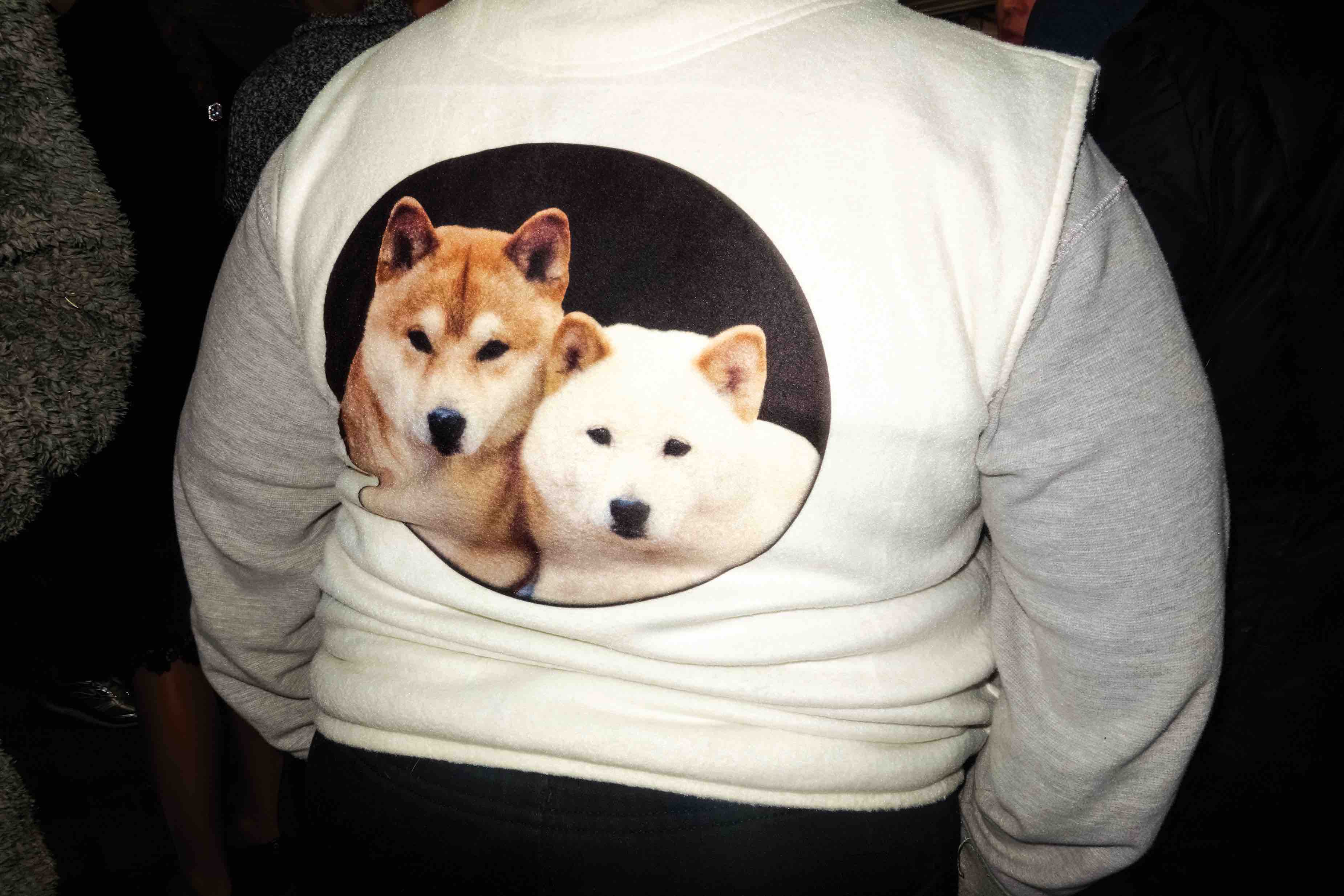 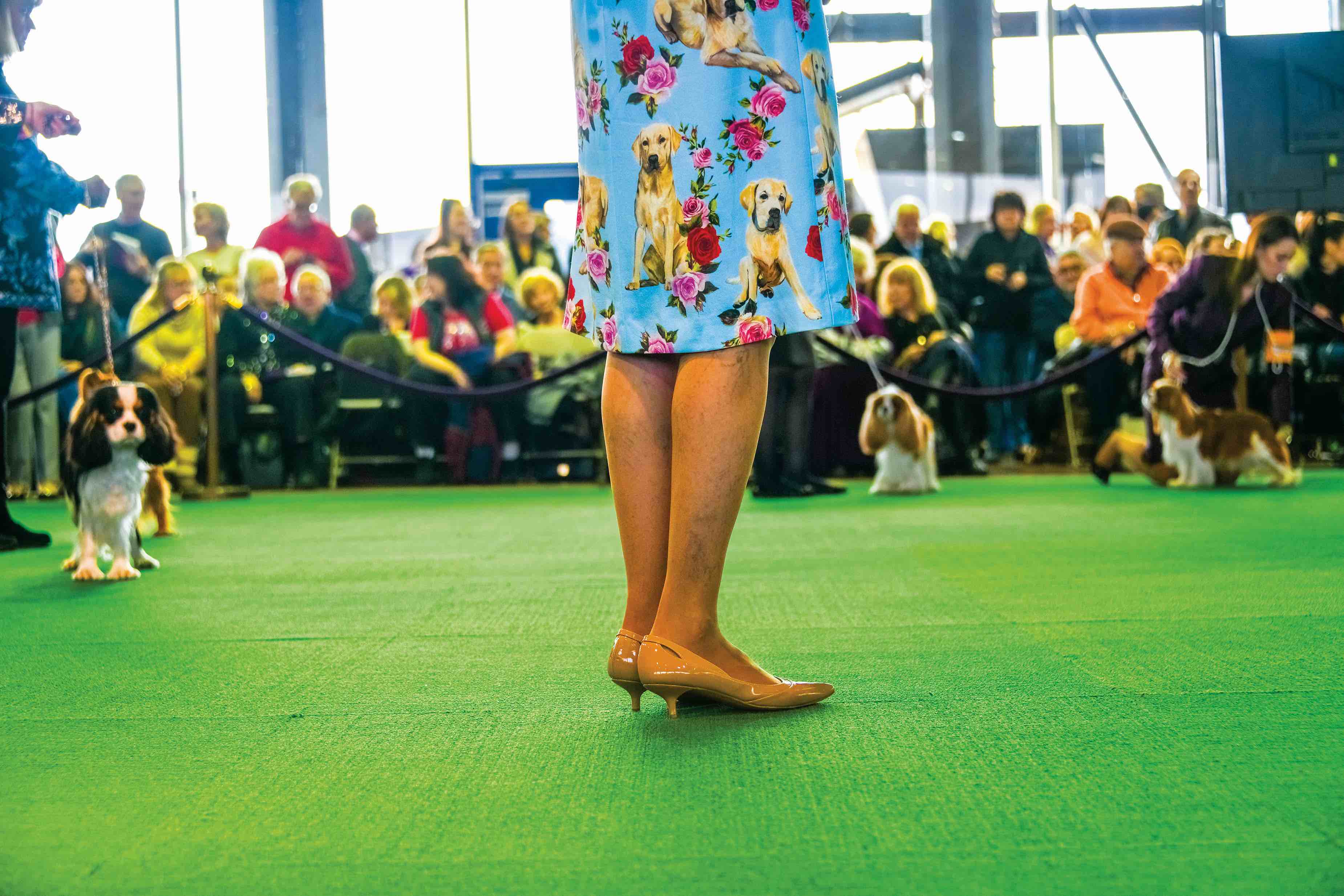 Best in Show by Dolly Faibyshev, published by Chronicle Chroma 2020.

Linkedin
RELATED ARTICLES
OTHER ARTICLES
With their latest capsule collection, SCRT have constructed their own mythology, based on the story of a fictional meteor shower that hit a small Scottish town.
To mark the anniversary of the mass trespass of Kinder Scout, a group of hikers came together with the intent of creating a new, fully inclusive culture for rural spaces.
Following the release of his latest album God Don’t Make Mistakes, the rapper talks horror villains, police brutality and being unafraid to show his vulnerable side.
A group of Ukrainians living in Poland are helping Ukraine withstand Russia’s brutal invasion by buying supplies and shipping them directly to the war’s frontlines.
Over the weekend, London locals came together to resist a pre-planned police raid targeting delivery drivers.
In the last of our dispatches from OFFF Barcelona, Rufus Deuchler and Vincent Gault discuss the future of creative process.