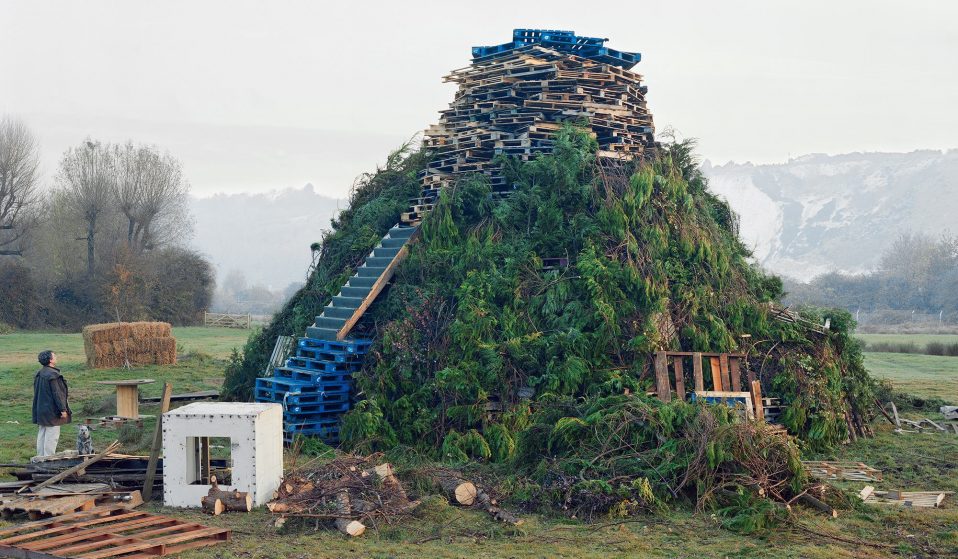 In a series of manipulated images, photographer Robin Friend captures the British countryside in all of its surreal glory.

In a series of manipulated images, photographer Robin Friend captures the British countryside in all of its surreal glory, depicting a national identity at odds with itself.

National identity is a question that’s always contested, particularly so during times of crisis.

In recent years, accelerated by the drive to Brexit, visions of what modern Britain truly is have taken two contrasting forms: a bucolic, rural country that never existed, or a dream of a cohesive, metropolitan nation of prosperity. Both assert their authenticity, both are equally the work of fantasy.

In his new book Bastard Countryside, photographer Robin Friend navigates between these nationalist aesthetic visions. Having spent fifteen years travelling through the maligned ‘edgelands’ of Britain, the landscape he pictures is both unfamiliar and artificial, scarred by humanity – a septic isle, rather than a sceptred one. 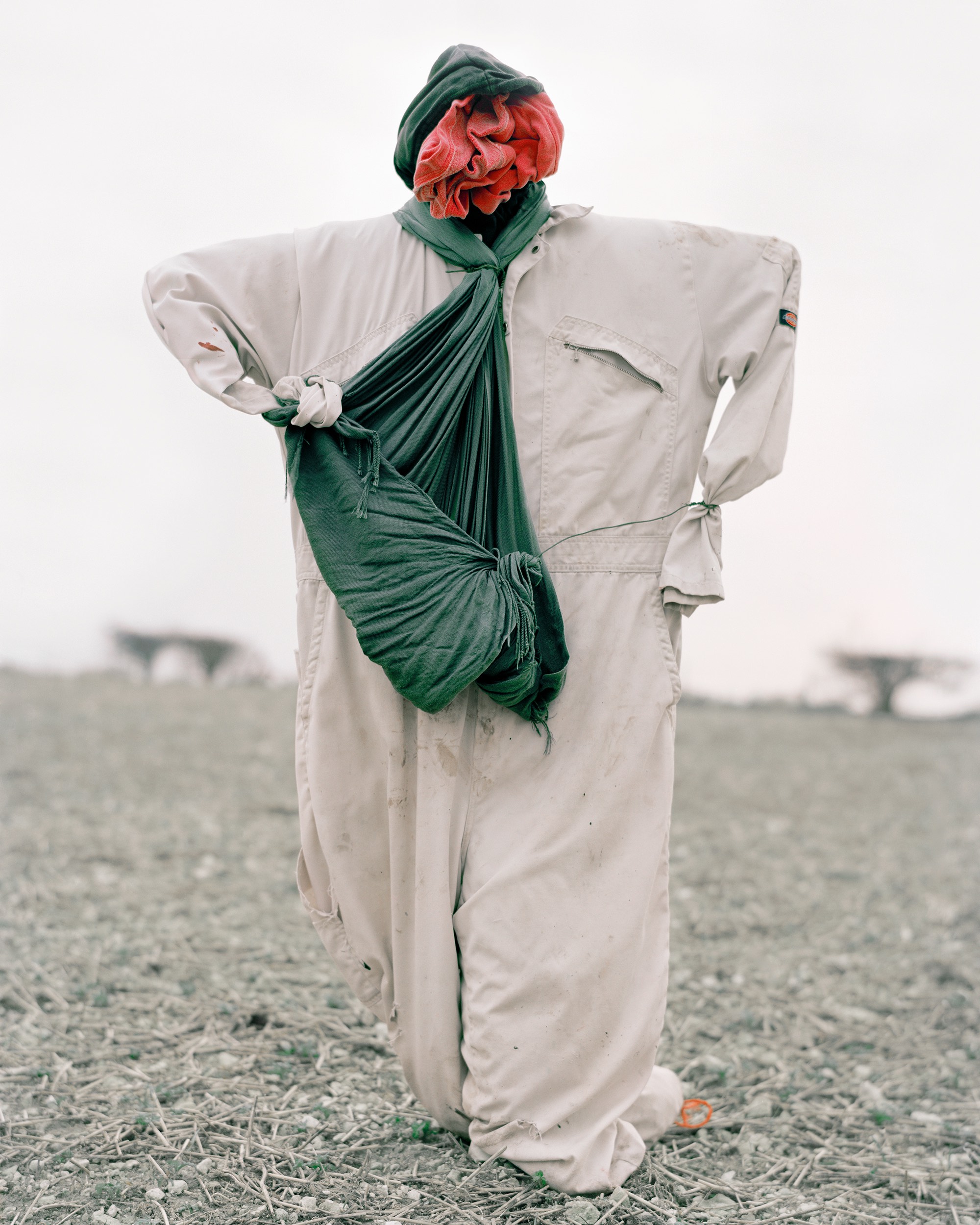 “We romanticise the landscape, we think of it as pastoral, beautiful, like a painting by Constable, a place where you go and sit down and have a picnic,” he explains. “But actually that’s more fake than what the Bastard Countryside is for me; that’s the truer representation of the British landscape.”

His work began inauspiciously while studying under photographer Jem Southam at the University of Plymouth. “Back then I never really have any goals or ideas or aspirations of what sort of picture I wanted to make,” he remembers.

However, Friend – born in London, raised in Melbourne – soon felt the magnetism of places less photographed, ones that didn’t necessarily carry their own identity. Packing up his large format camera he would set off in his car and drive aimlessly, following his nose. 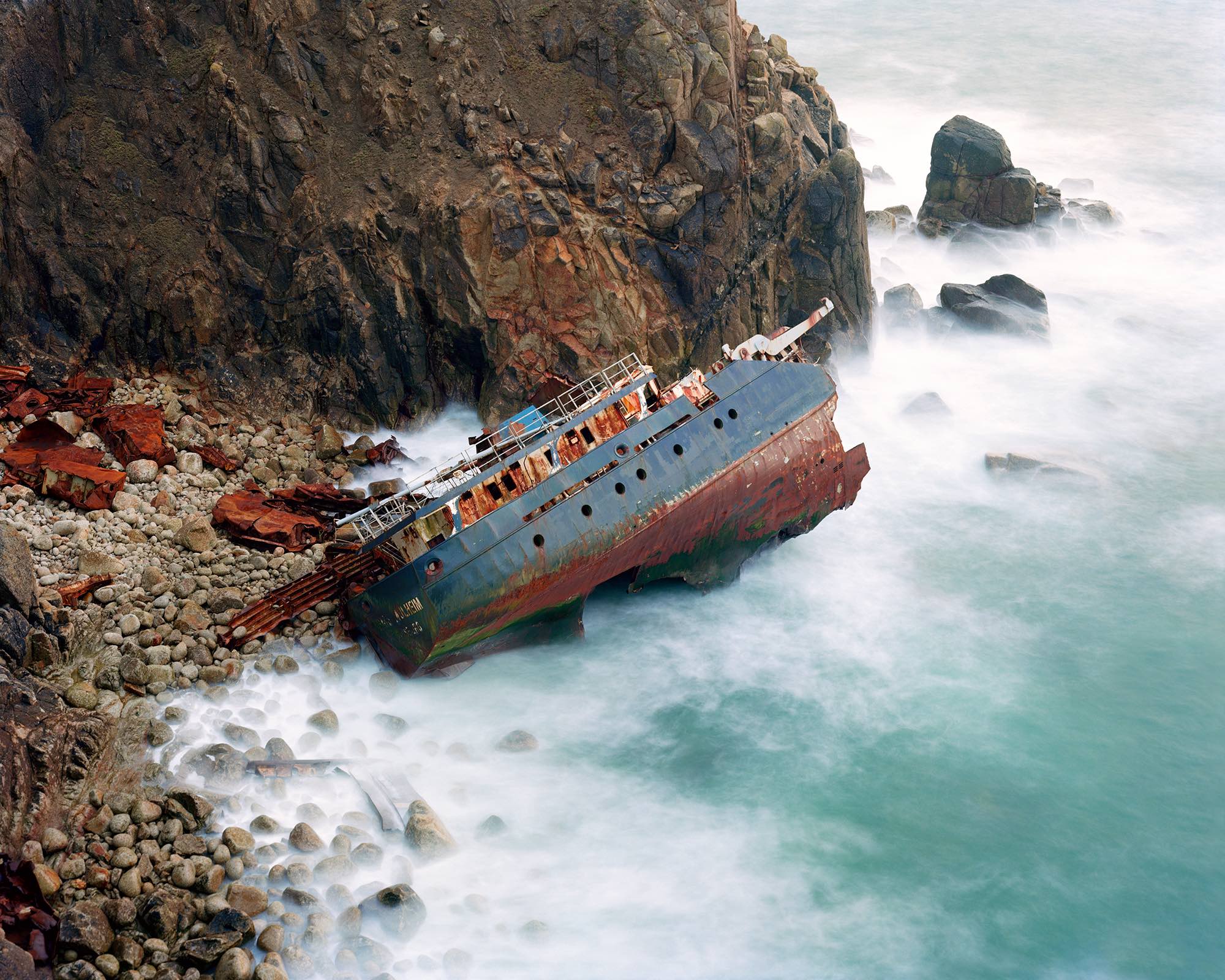 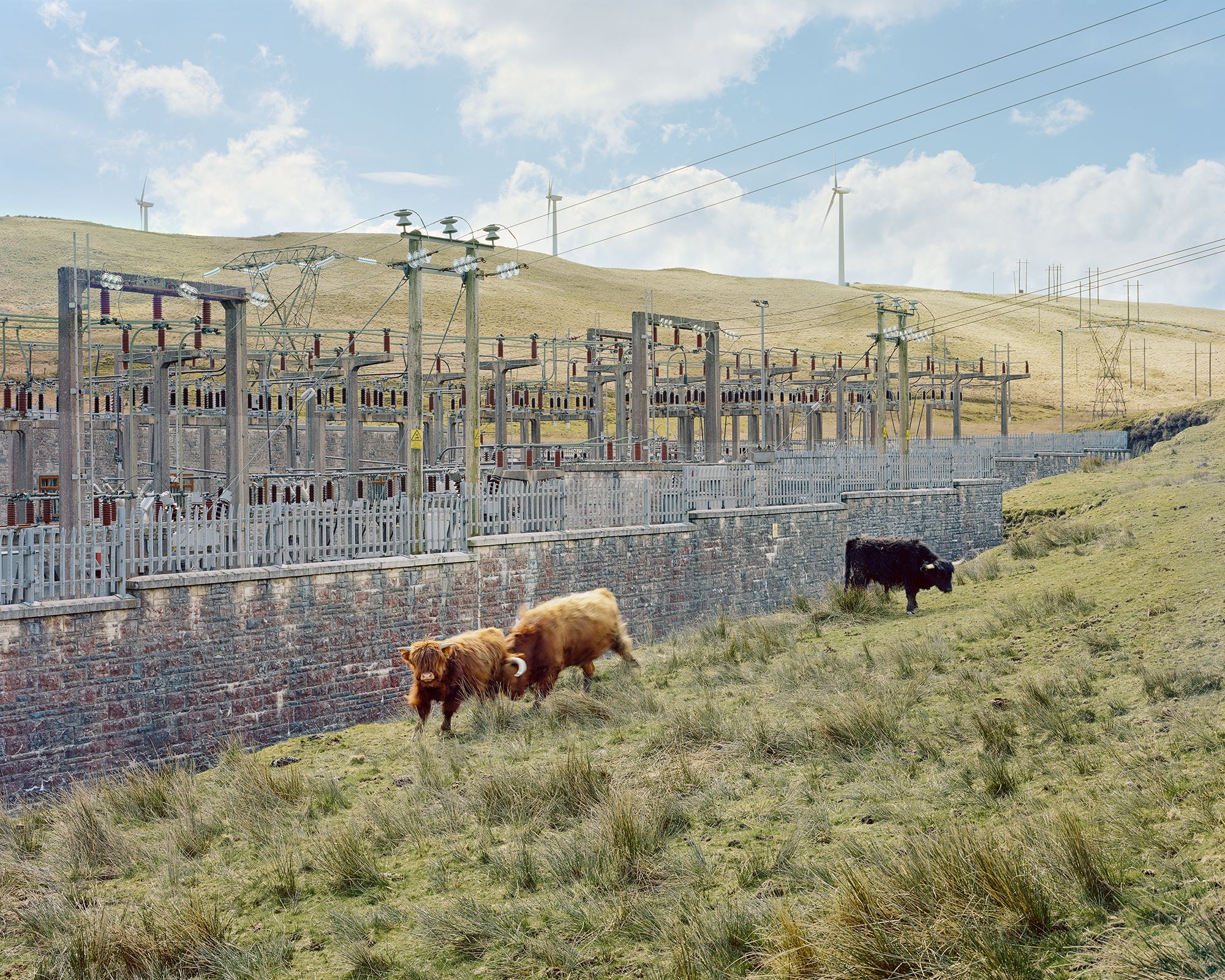 Bastard Countryside upends the archetypal British landscape by seeking out scenes and colour palettes – rusted orange and burnt ochre – more familiar to Friend’s childhood in Australia. Often, the things that caught his eye were modern ruins that took on the form of megalithic monuments: a mountain of abandoned cars tumbling into an underground lake, a blood red fort squatting on the sea rocks, three satellite dishes kneeling on the ground, their tripod legs broken.

“Most of these objects are just plonked in the middle of the photograph, so the pictures are instantly digestible. But they play tricks on the eye, they tap you with lots of little details that keep your eye flirting around. I hope that you go away and think about it, and it creeps up on you.” 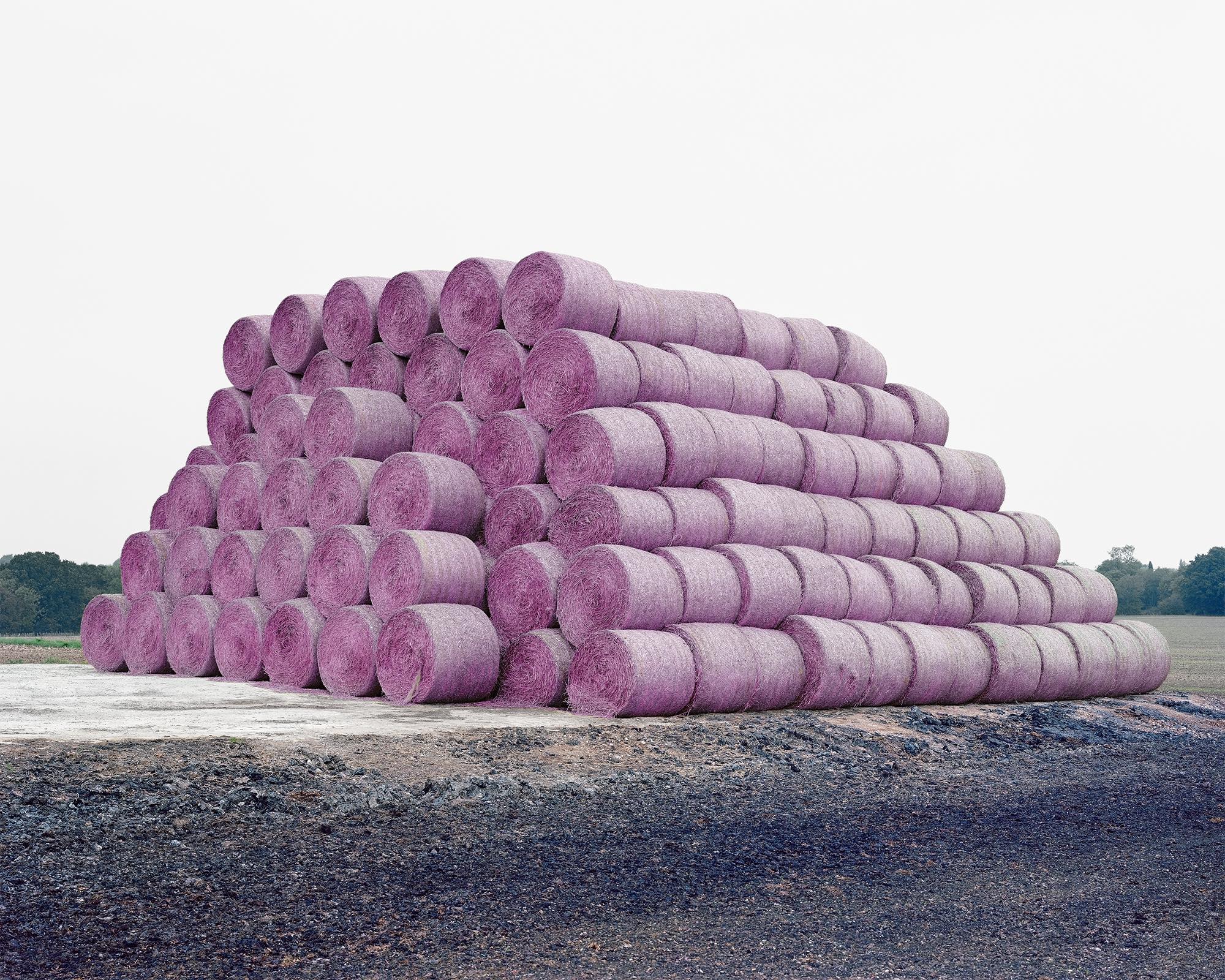 This desire to make people slow down and consider the landscape is matched by the cynicism which pervades the work. In one reading, the images describe, in an oblique fashion, a human tragedy: a desperate land disfigured once by the rapacious capacity of the industrial revolution, and twice by the loss of that same industry. Simultaneously, the scenes of plastic-strewn fields and a beached and bloodied whale point to wider ecological destruction, an issue that will soon affect us all.

“Every day you read people saying, ‘we’re at the precipice’ or, ‘this is the crossroads, right here right now, we’ve got to sort stuff out or there’s no going back,” Friend says.

“I see it almost as an anxious nature. We’re all anxious about what the future holds and I feel like that is inherent in a lot of the pictures. I think that you couldn’t be a human without being worried about the kind of planet we’re leaving to our children.” 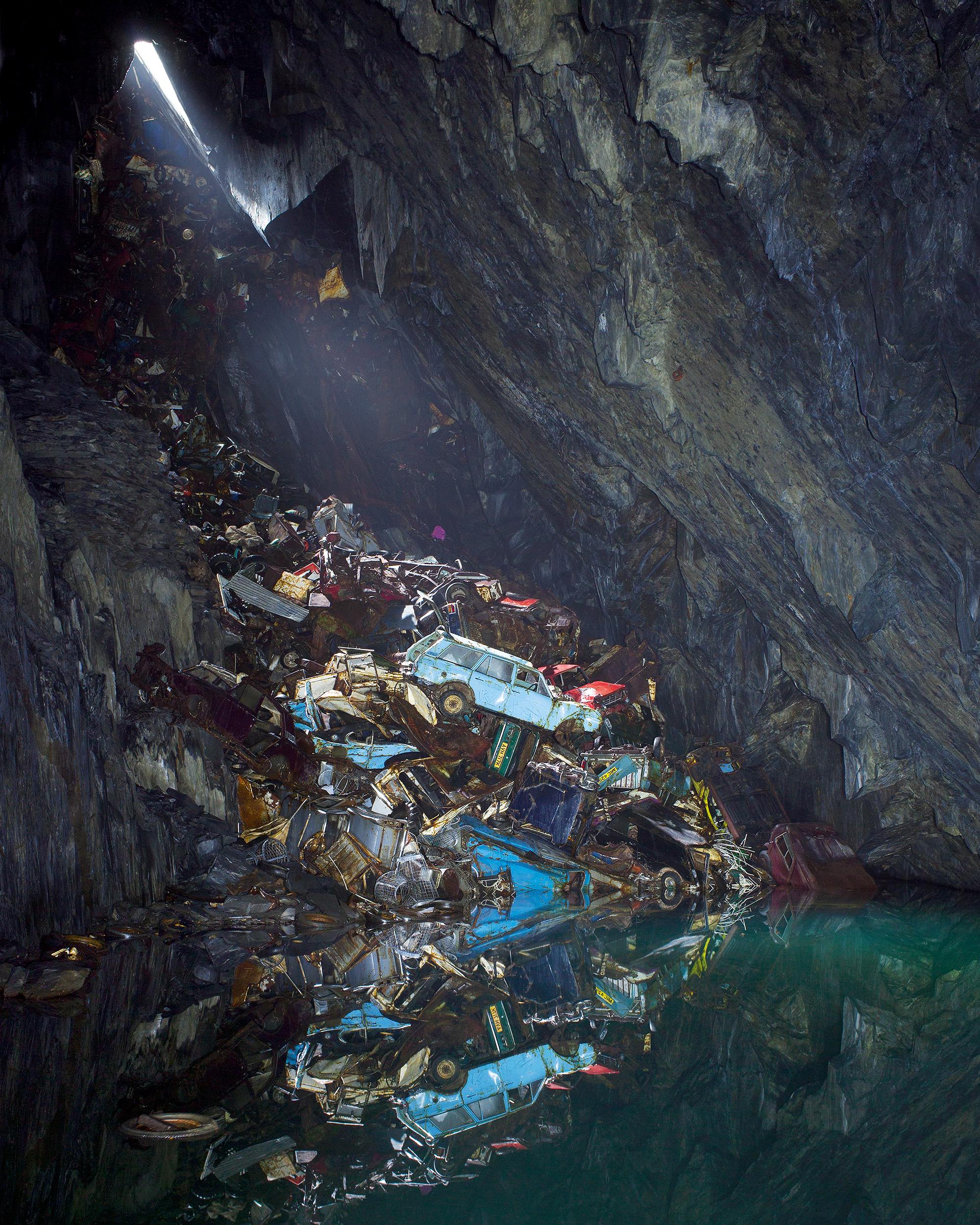 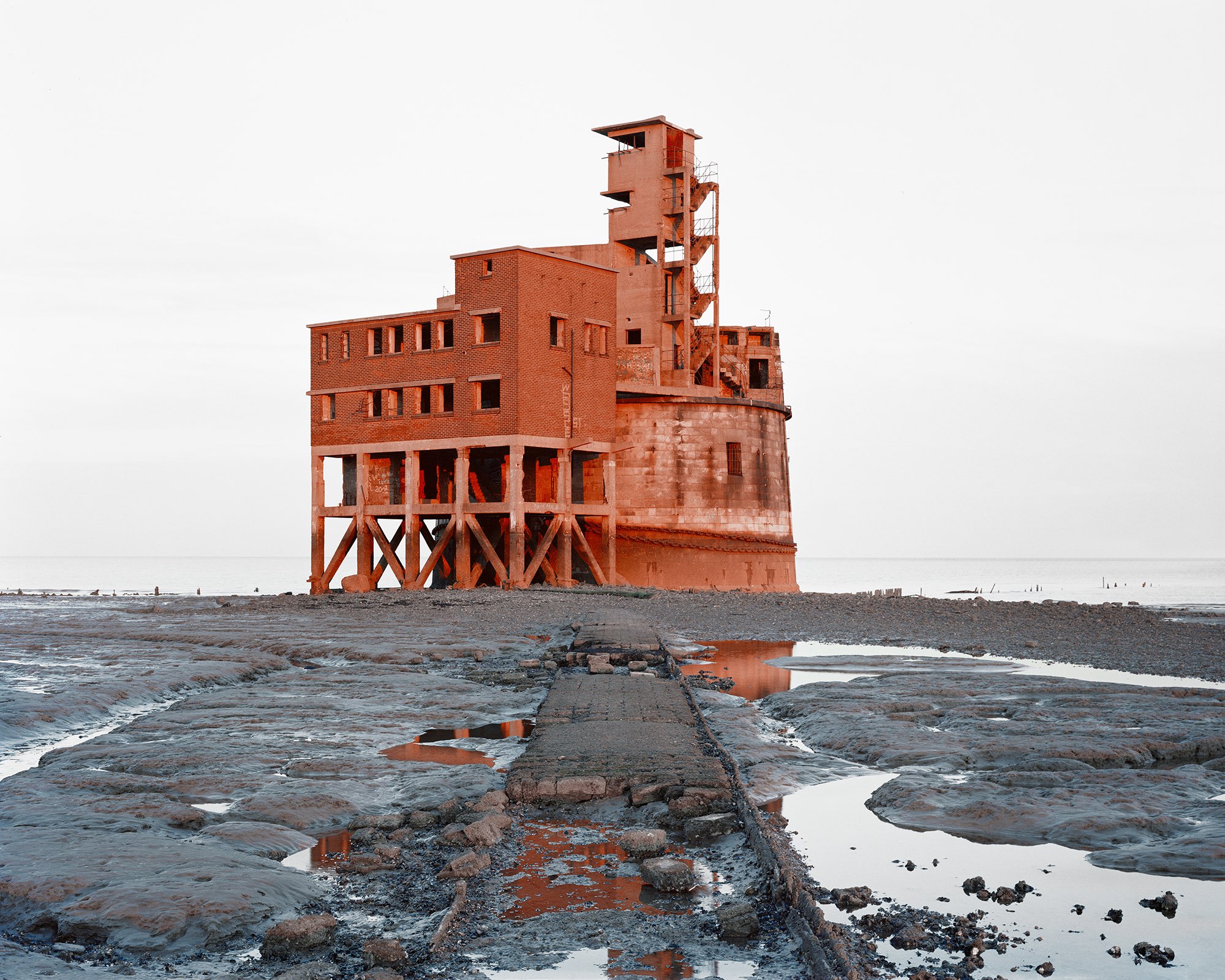 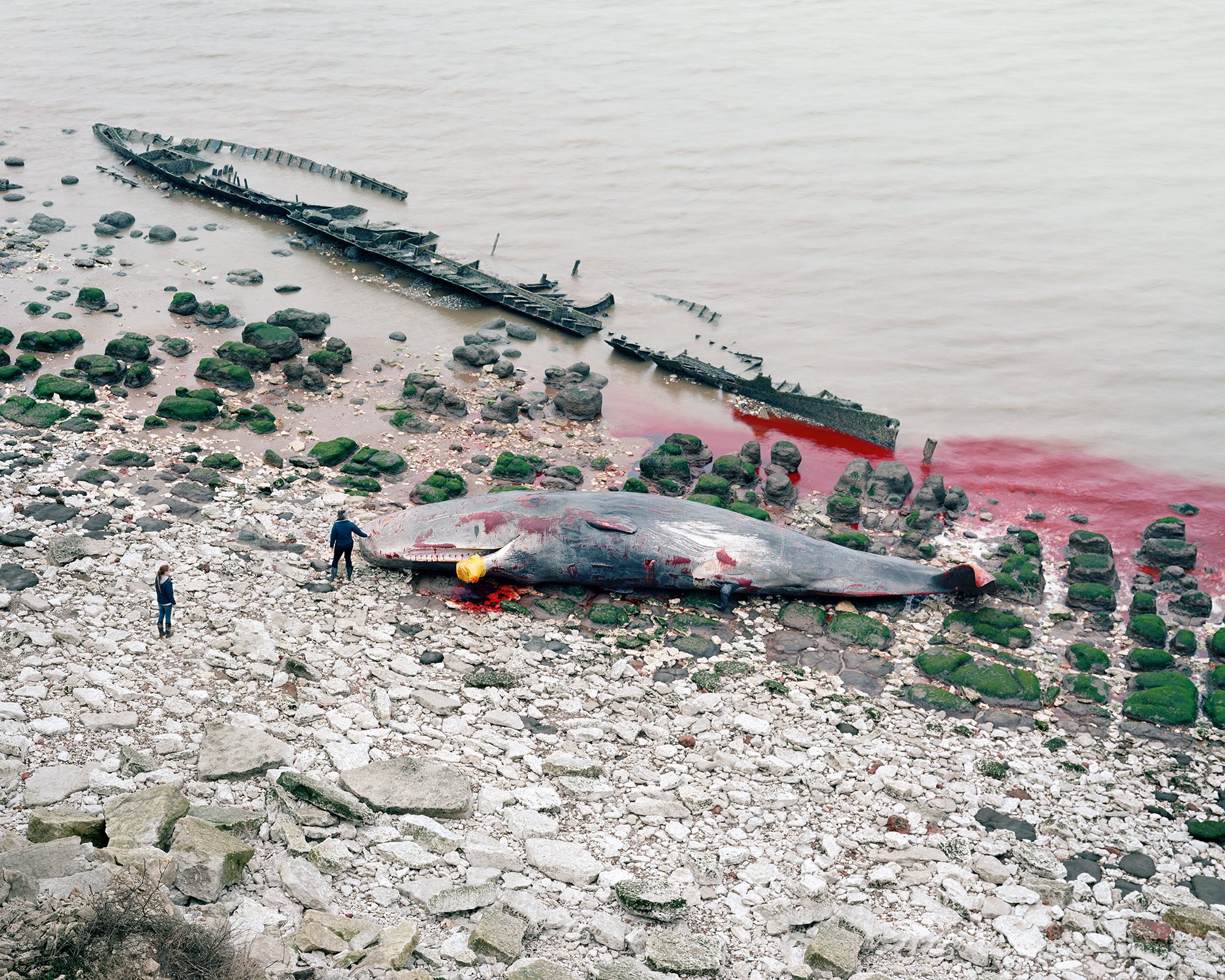 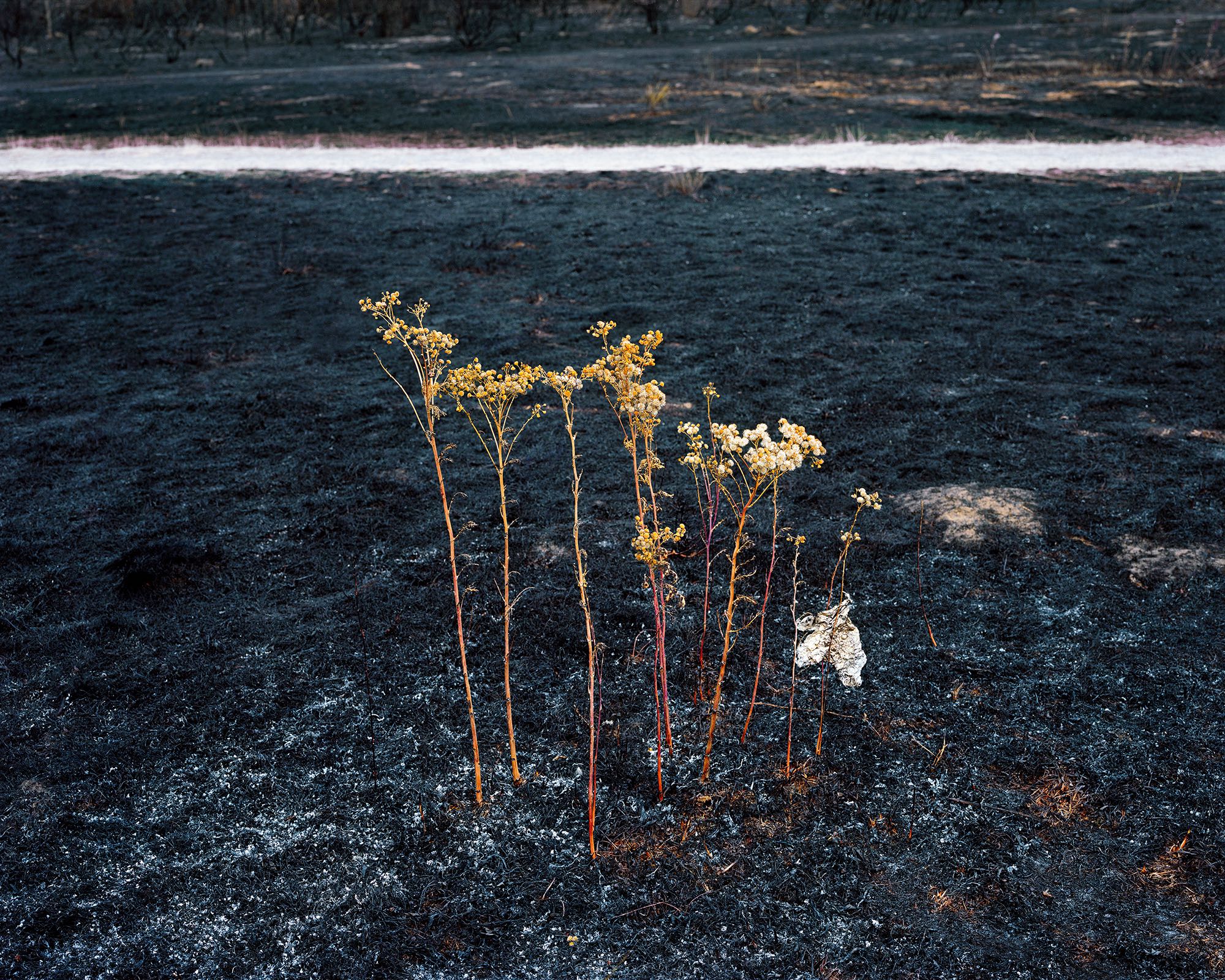 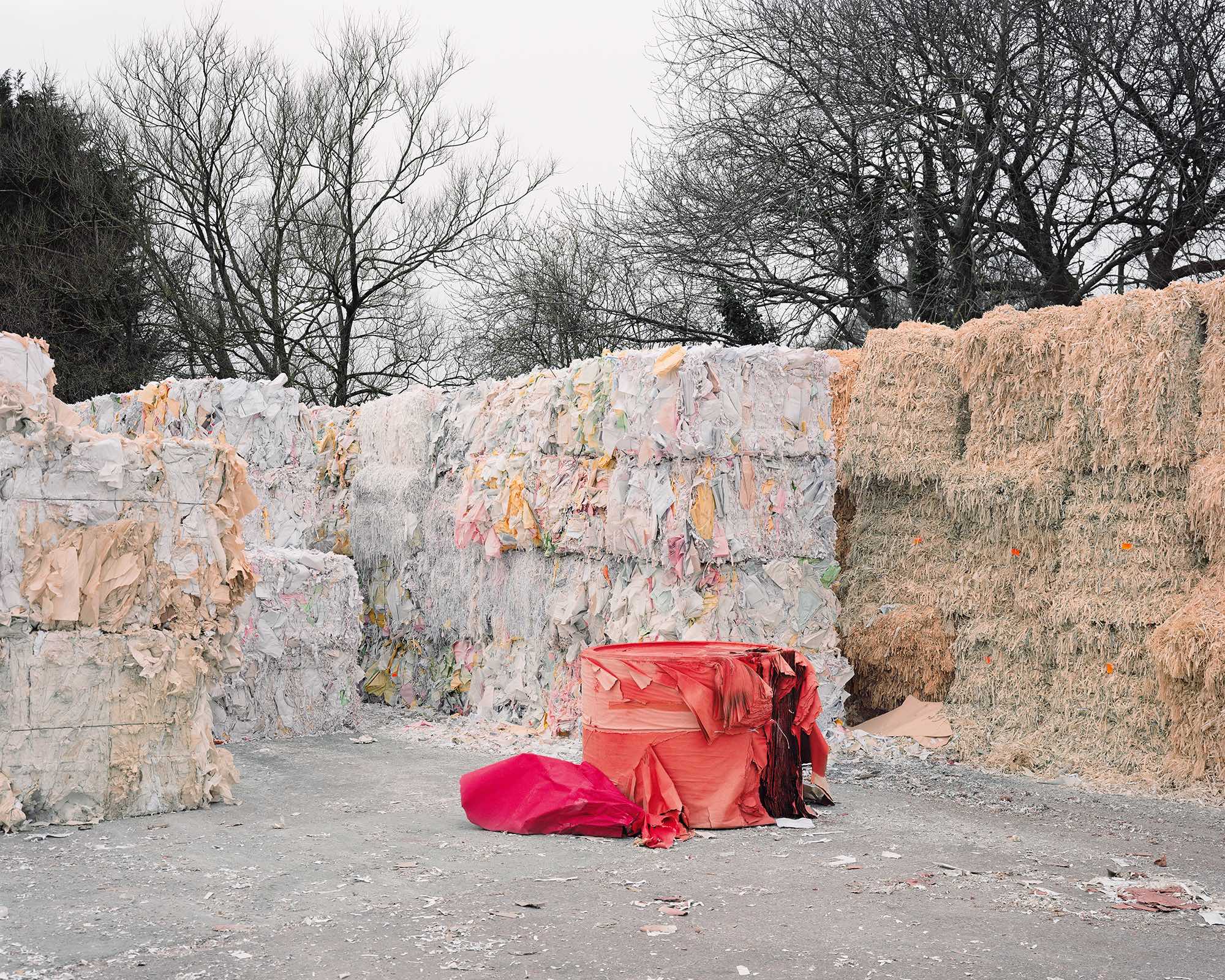 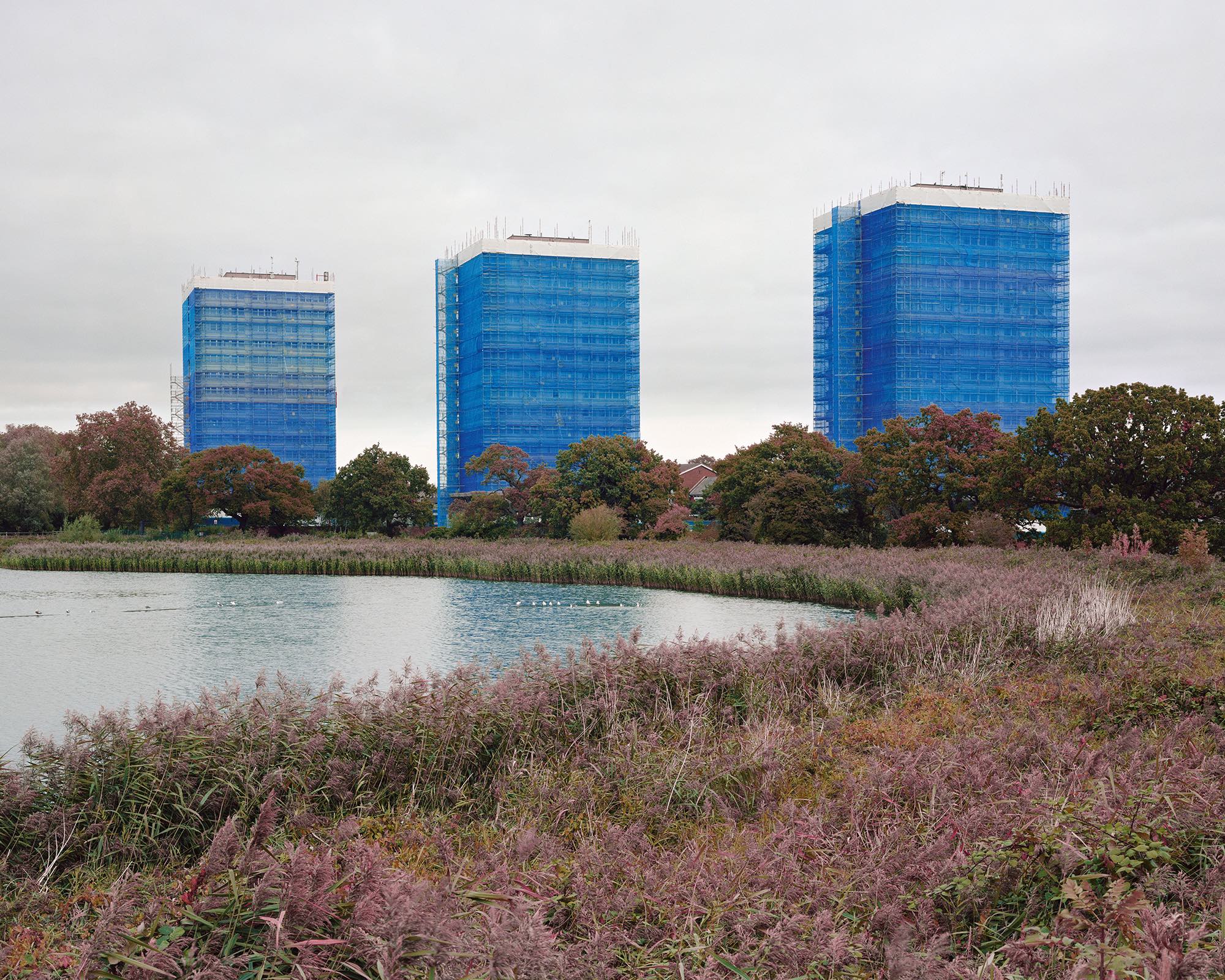 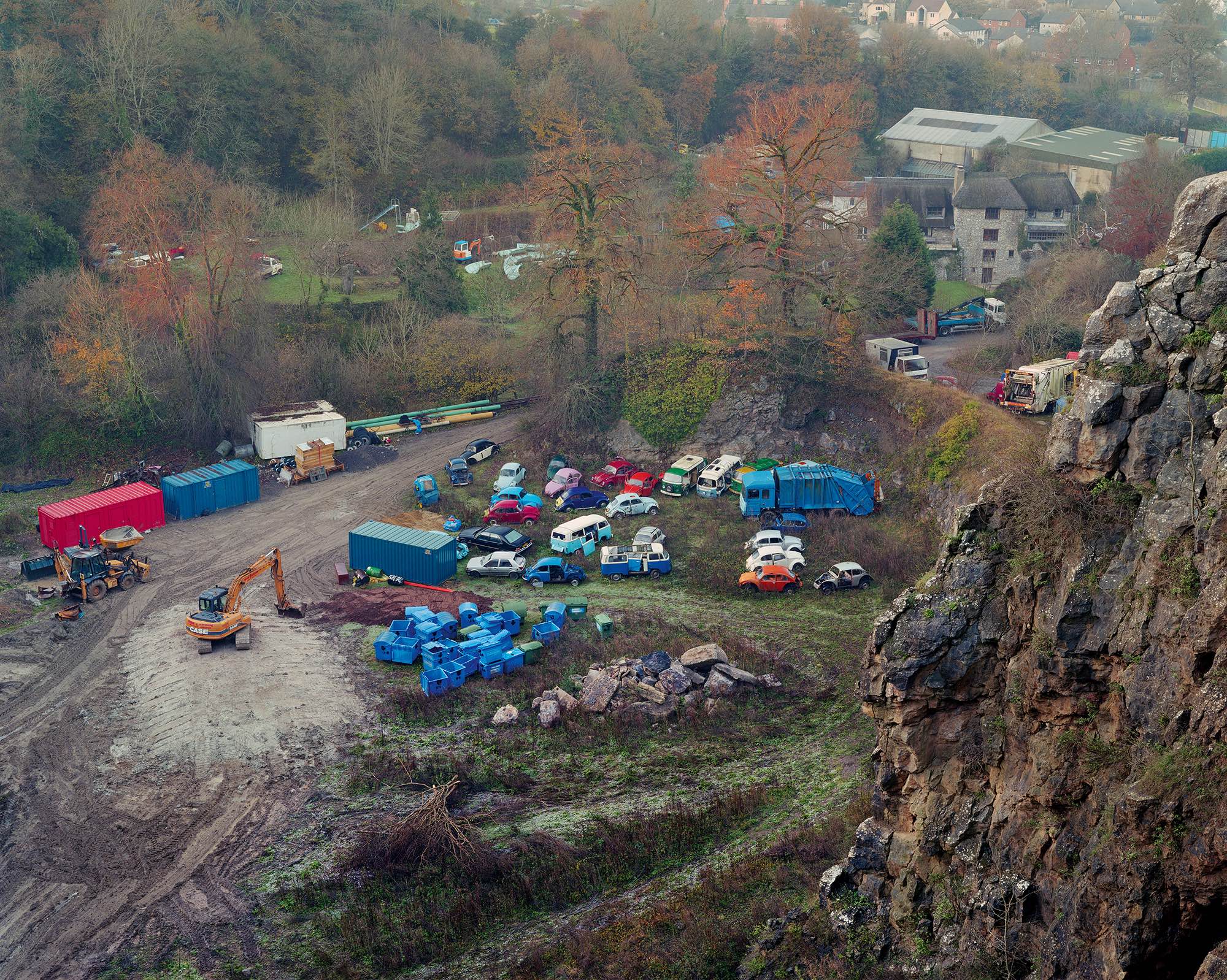 Linkedin
RELATED ARTICLES
OTHER ARTICLES
The revered showbiz chronicler recalls his journalistic beginnings, documenting subcultural scraps in the ’80s.
Following the release of his latest album God Don’t Make Mistakes, the rapper talks horror villains, police brutality and being unafraid to show his vulnerable side.
From the Yakuza to a biker gang, Bruce Gilden recounts capturing Tokyo and Osaka in the ‘90s.
Members of the collective share some of their reasons to run as part of #UnitedBySummits, a campaign that looks to uncover transformative power of the outdoors.
Following the success of her debut novel, the Tottenham native is restating her commitment to the place that made her.
In the last of our dispatches from OFFF Barcelona, Rufus Deuchler and Vincent Gault discuss the future of creative process.