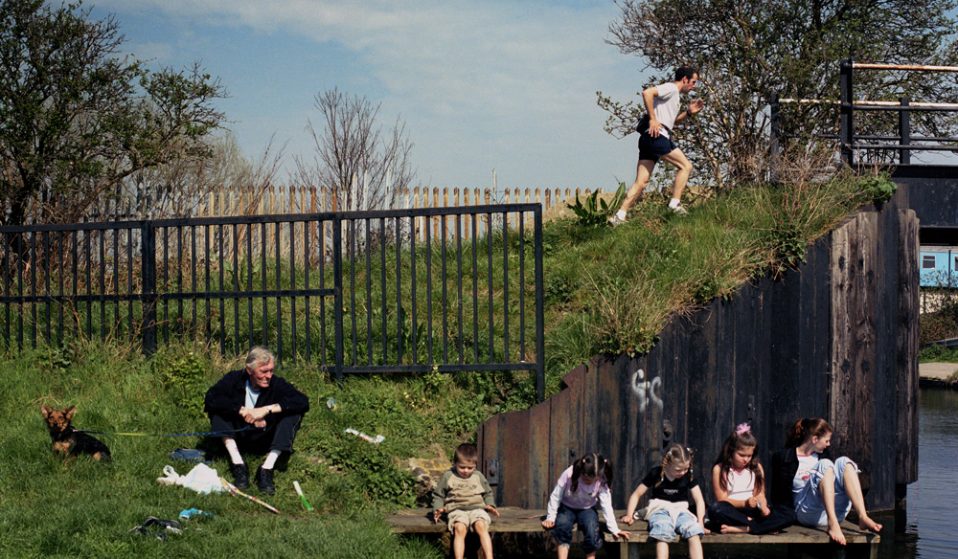 To mark the release of East London Photo Stories, we speak to seven different photographers about what keeps bringing them back to the neighbourhood.

To mark the release of East London Photo Stories – a compilation of work on the titular neighbourhood – we speak to seven different photographers about what keeps bringing them back to the East End.

By now, it’s no secret that East London’s reputation has taken a hit. As the coffee shops continue to drop out of the sky and The City looms ominously, memories of the “real” East End feel increasingly distant.

However, a new book from Hoxton Mini Press is hoping to swing the narrative back in the neighbourhood’s favour, capturing its humour, diversity and messy beauty in the face of adversity.

Titled East London Photo Stories and featuring the work of 14 photographers, the compilation brings together a host of different projects under one umbrella, shining a light on the areas hidden stories: from the hungover Sunday league footballers putting a shift in down the Hackney Marshes, to the tale of East End legend Joseph Markovitch – born by Old Street roundabout in 1927.

To mark its release, we spoke to some of the photographers involved, asking them why, despite everything, East London continues to inspire them. 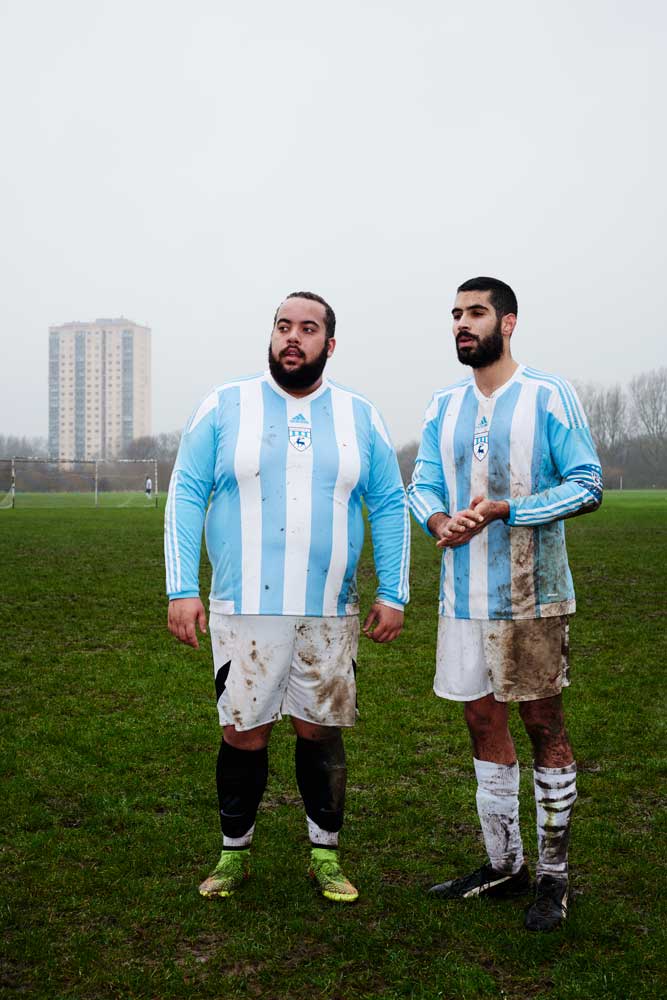 “’Whenever I’m in a new place, the special something that attracts my attention is authenticity. The pictures I took were of the Hackney Marshes. The Marshes were created in the 1950s, literally on top of the rubble of the Blitz. In its heyday, up to 2000 people would turn up to play football on a Sunday morning. It’s nowhere near that now but still, 70 years later, people in their hundreds turn up to play football.

It’s astonishing that over 70 years since its inception, a community built around an activity on a specific piece of land exists, and I would hazard a guess that the same conversations are being had, the same comical moments exist, people are still as passionate around the game. That authenticity is inspiring to me.” 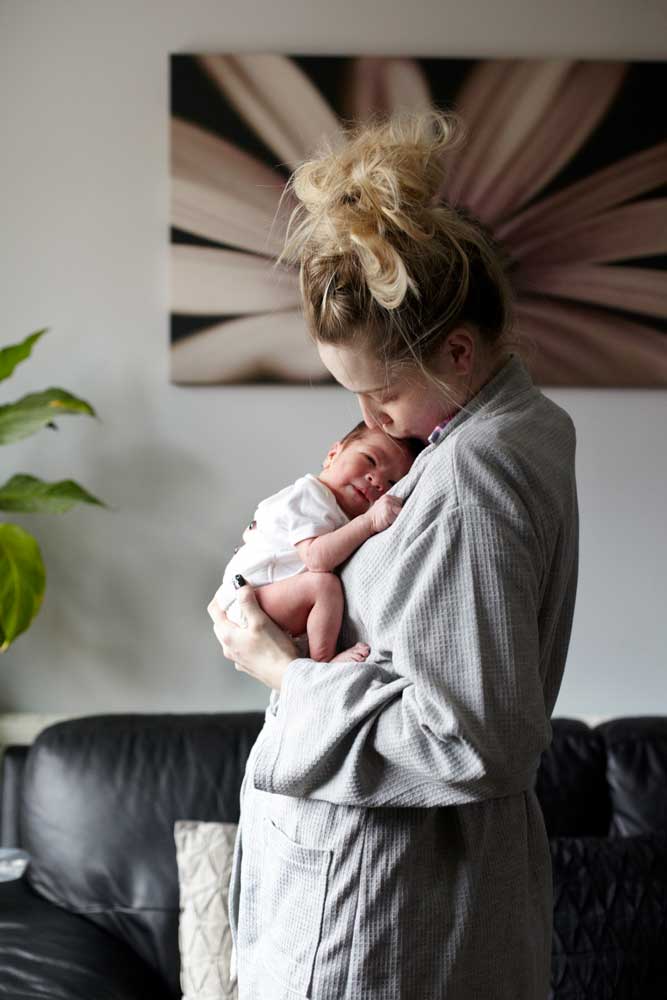 “I am addicted to East London. I am under her spell I can’t really say why. It’s just a feeling of ease when I wander the familiar streets which I’ve been meandering for 25 years. This place has been the backdrop to my adult life, so we have a dialogue, a kind of telepathy. When I work on portraits or a series in East London it is with a sense of belonging, the perspective of an insider.

I feel there’s an openness and understanding flowing between me and my subject, as we have a shared experience of living in this place that gives an intimacy to the portraits I wouldn’t get anywhere else. By investigating the people around me, I am investigating myself and trying to make sense of my place in the world.

Of course, the area is changing. But when you take someone’s portrait and enter their life, you dig a little deeper and see the details of how they live their life. The coffee shops soon blur out of focus when you give the time to engage with someone one-to-one. You see them unfurl, relax, give in to the process of opening up, and with that connection you fall a little deeper into the community that has held you for so long.

I immediately fell for the openness and warmth that I found in East London from my neighbours. They became my role models – I learnt how to be generous with my time, to open my door to strangers the way I have been invited in. I’m not finished yet, there [are] plenty more segments I’d like to investigate on my doorstep: the old, the young, more conversations and connections to be made. East London has more stories to tell than just the rise of the coffee shop and gentrification – it’s part of the story, but not the most interesting chapter.” 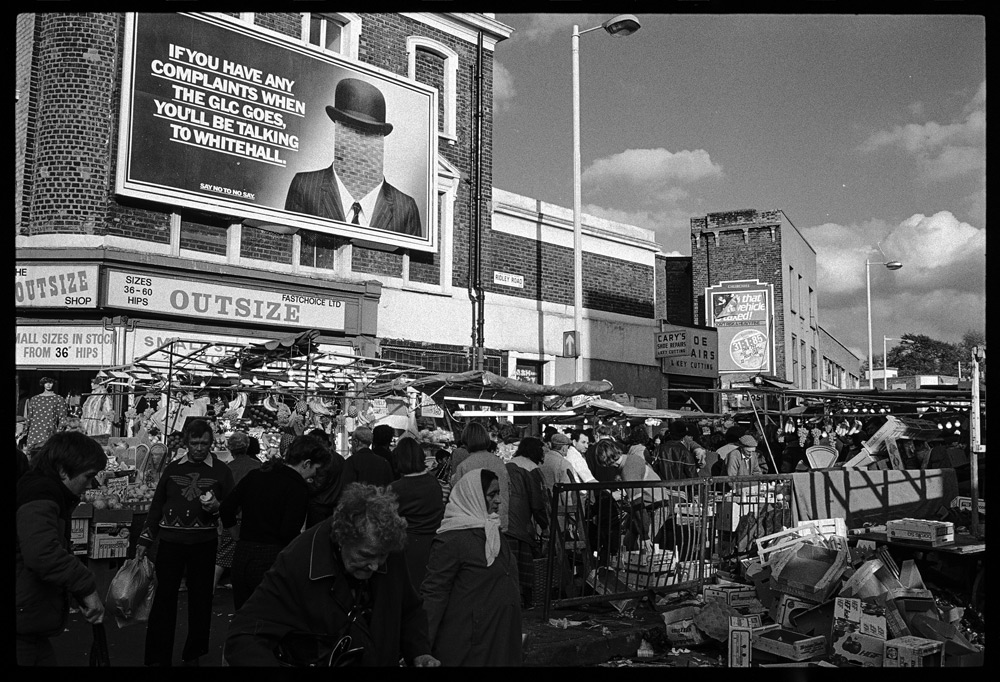 Andrew Holligan – Dalston in the 80s

“East London has a famously rich and colourful history and because of this, it continues to absorb changes regardless of the impact good or bad, and its capacity to do so makes it an inspiring place for photographers.” 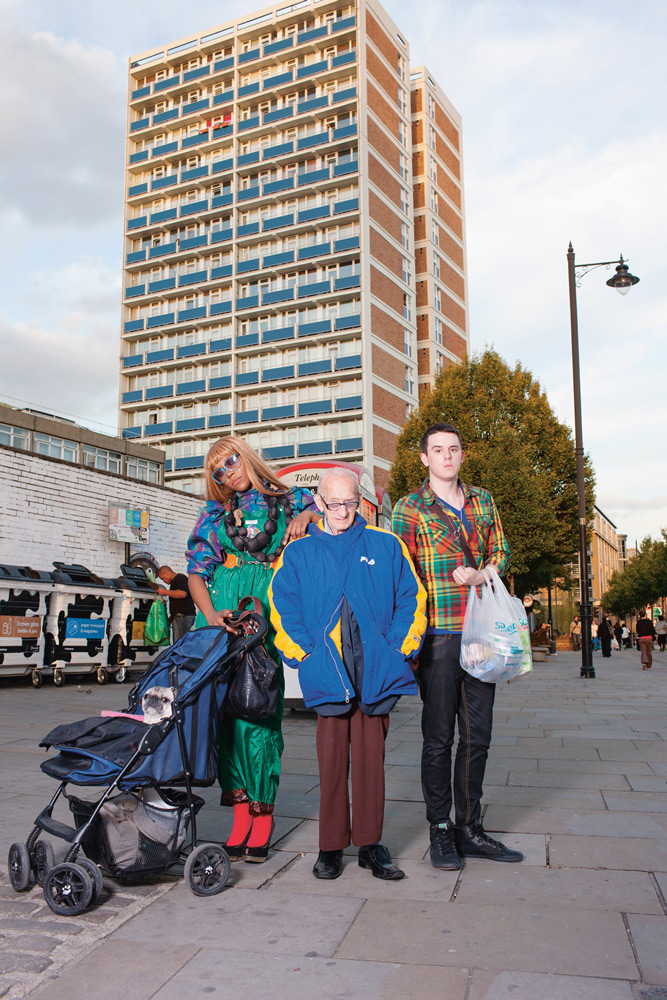 “Truth be told, I haven’t photographed East London in the last few years as [running] Hoxton Mini Press has taken over my life. Nevertheless, I still love the vibrancy of this area, and – dare I say it – I love the coffee too. Yes, there are quinoa burgers on every corner, but there’s still an energy.

I was told recently that the east of cities are often the most interesting (think Brooklyn in New York, the east of Berlin, east of Paris) because that’s where all the bad smells go. It’s a strange logic, something to do with smelly places being a little more rough and diverse and therefore more experimental – which ultimately leads to oat milk cappuccinos. But you get the point. East London still smells. And for that reason, I find it very interesting. West London smells only of shoe polish.” 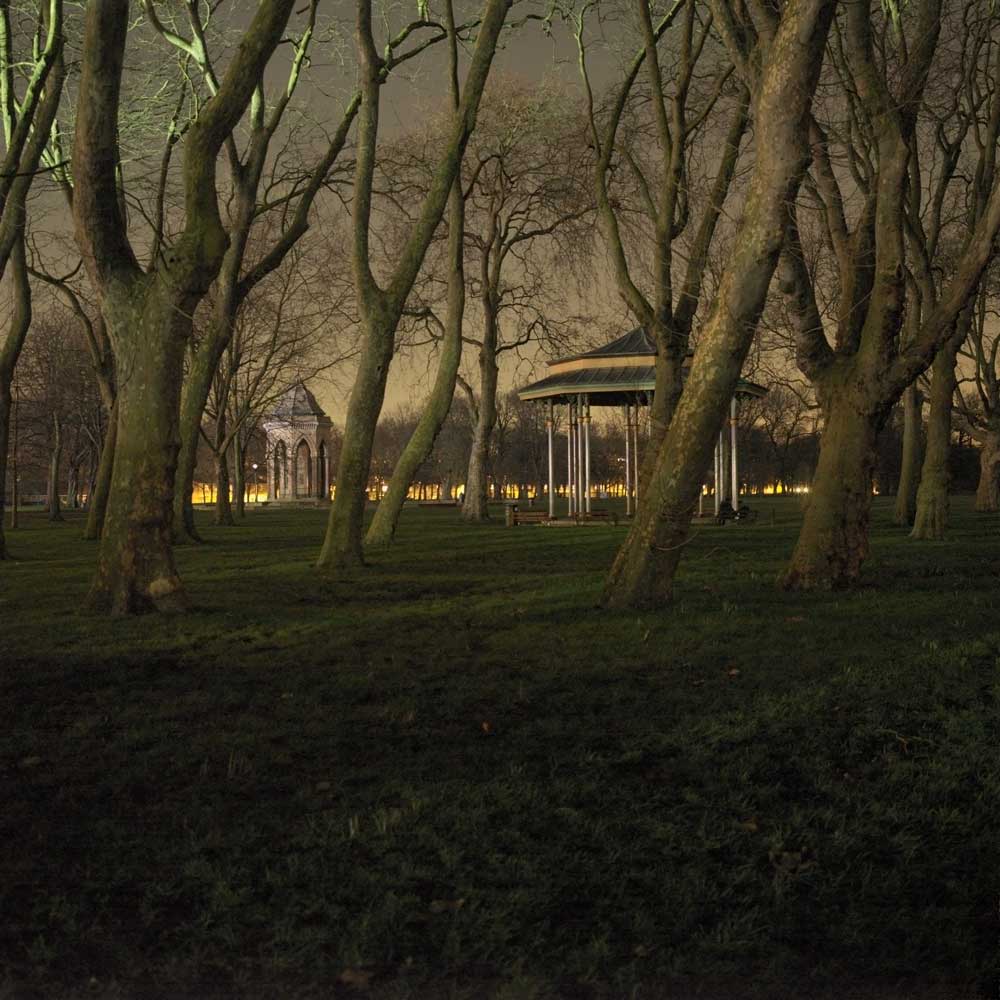 “I think it is fair to say the East End isn’t, and never has been ‘what it once was.’ It has always been a haven for immigration, a magnet for those seeking refuge from religious intolerance, political upheaval or looking for financial betterment. This, in turn, has made it a vibrant place with tides of cultural migration and idiosyncratic energies brought in by, (to name but a few), Huguenots, Jews and Bangladeshi’s.

A point of illustration is Brick Lane. A mainly Jewish area during the early 20th century, it became a predominately Bangladeshi area in the 1960’s. The Brick Lane Synagogue transposed to the Brick Lane Mosque complete with minaret, an area now being re-imagined and repopulated by a younger, affluent middle-class influx that some might describe as new cultural refugees.

The constant organic, cultural and economic development is what really defines the East End. This ephemeral quality is the inspiration for photographers – the possibility of somehow capturing and making tangible the essence of the elusive, mercurial, ever-changing East End of London. The new coffee shops and encroaching city buildings are just another phase in the areas long history. A place that survived the Blitz can survive soya lattes and hipster beards.

I am utterly convinced that today’s East End is yet another manifestation of the area that will be looked on with affection and nostalgia in 20 years’ time, when the East End has reinvented itself once again.” 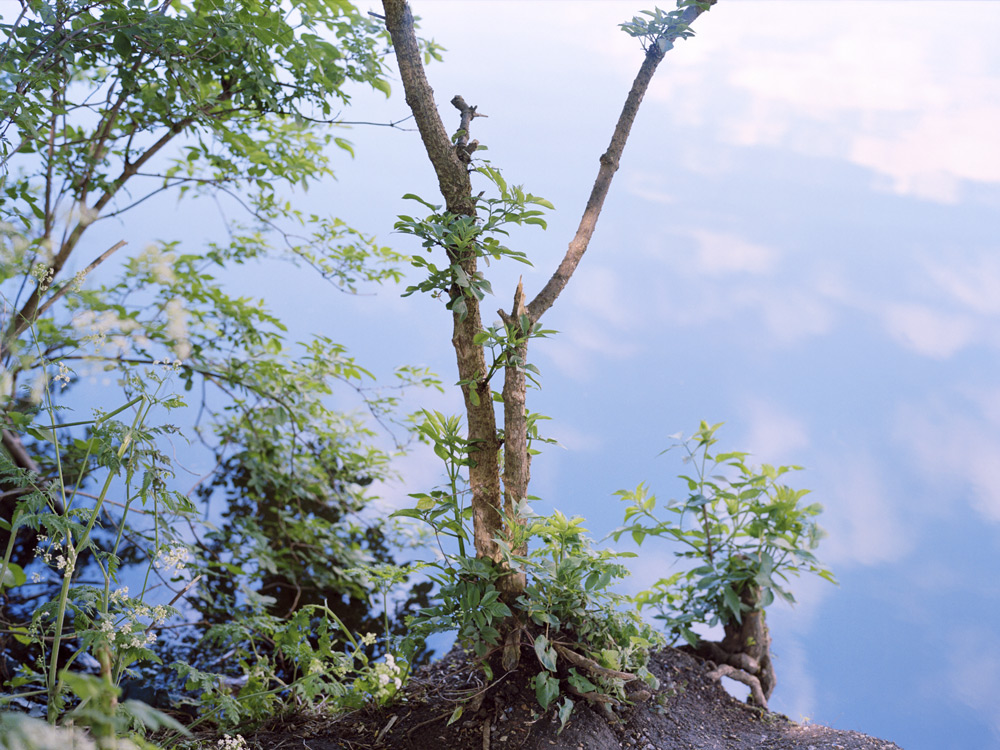 Freya Najade – Along the Hackney Canal

The speed at which East London is changing is crazy. It’s sad to see so many unique corners of the neighbourhood disappear and become generic. Nevertheless, I find it still very diverse compared to other neighbourhoods. It has an incredible energy that is very stimulating.

There are also still some places that are less touched by gentrification. When I am in the marshes I am often amazed by how little people go there and how little has changed in the last 12 years since my first visit. I still love this area and am very inspired by it. 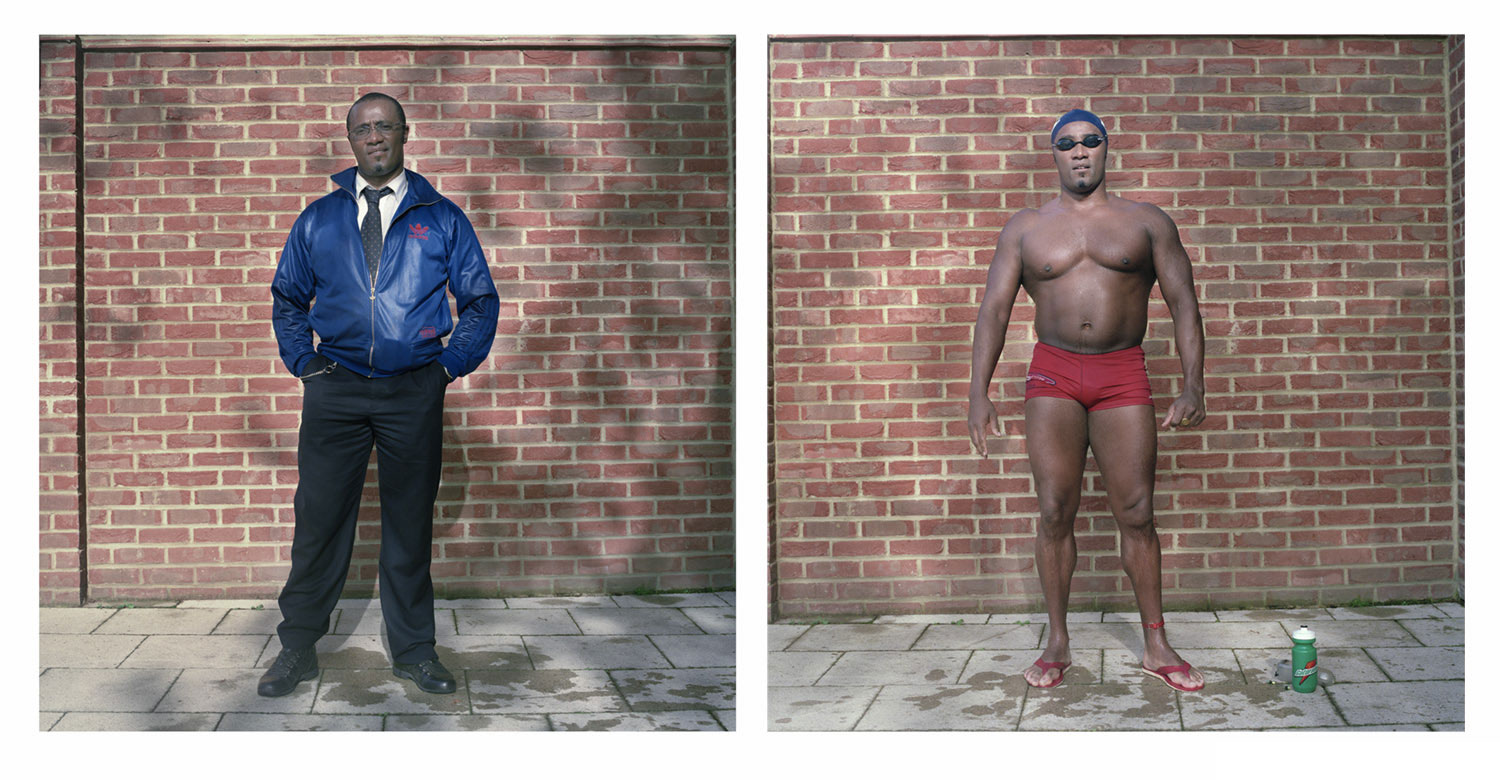 Obviously East London isn’t what it was once was, the landscape and history of cities like London are continuously changing. Despite the change to some parts, for me it still reflects the diverse cultures and nationalities that drew me here in the first place. I am constantly inspired by the people.

Linkedin
RELATED ARTICLES
OTHER ARTICLES
In her new book, the author explores the country’s housing crisis in human terms and calls for radical action to address a broken system.
On the fifth anniversary of the tower fire, around 18,000 joined the walk to remember the 72 dead and to demand justice.
The past five years have seen a staggering increase in foodbank usage across the UK. Now, staff fear things are set to get much worse.
Proposals to introduce a minimum GCSE threshold for student loans will disproportionately affect those from marginalised backgrounds.
Photographer David Hoffman recalls documenting the extreme wealth inequality around Tower Hamlets and Hackney int the 1980s.
The curators of a new exhibition are hoping to shed light on Plymouth’s vibrant but often overlooked nightlife.