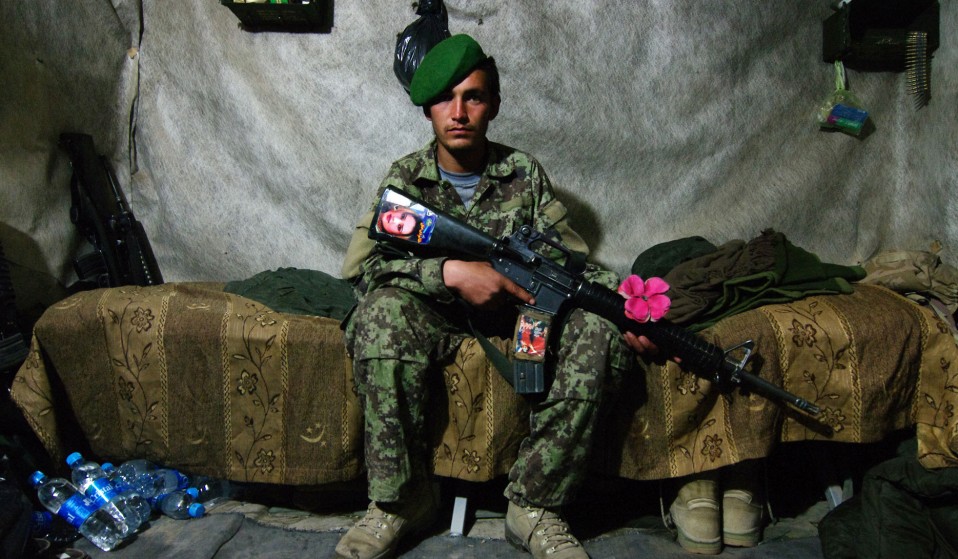 From Alaska to Afghanistan, photographer Ed Gold has spent three decades getting off-grid, giving a voice to those whose everyday lives go overlooked.

From Alaska to Afghanistan, photographer Ed Gold has spent three decades getting off-grid, giving a voice to those whose everyday lives go overlooked.

Ed Gold is not the kind of photographer who swoops in, gets the shot and disappears.

The 48-year-old will often spend years on a single series of images, embedding himself in the day-to-day lives of his subjects – often without a camera, but always taking detailed notes.

Take his Nowitna series in the Alaskan Arctic, where he has resided off and on since 2009.

Earlier this year, Ed spent three weeks with the Atchley family, who live in a remote part of the state, reassuring them that he could be trusted to share their story with integrity.

Ed has done so all over the world. It started while working as a farm labourer in Essex in 1988, documenting people who worked on the land and capturing a way of life little changed in 100 years.

Since then, the photographer has lived among the soldiers of the British Army’s Second Battalion Parachute Regiment (2 Para) while on duty in Afghanistan, and documented communities of Welsh descent scattered on the outskirts of Patagonia.

Next up he’ll explore the Alaska Canada Highway by motorcycle before spending time among Australia’s remotest community in the Gibson Desert.

Between being sent to boarding school at the age of eight, and growing up with his parents living in Istanbul and Turkey, Ed has never been one for a settled life.

As his body of work proves, there’s a reason to keep it that way. 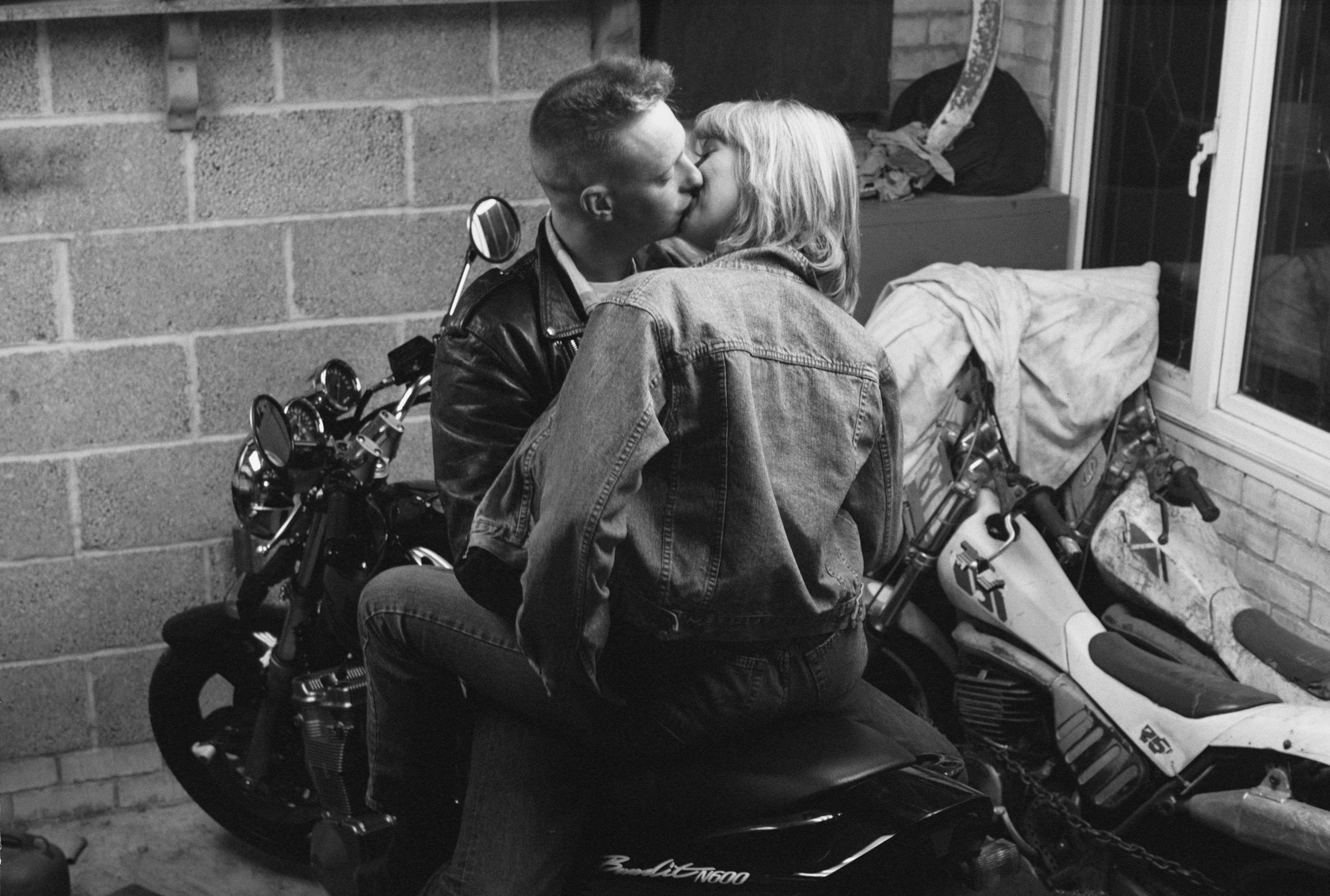 At a photographer’s level, I’m drawn to how many varied groups of people are making their own choices about how they want to live and capturing these images and words make really compelling stories.

I feel that isolation and everything that stems from that – self-sufficiency, independence, problem solving, connection to one another and to the earth – is an answer to the overcrowding and pollution our planet is suffering from right now. It’s also an opportunity to see the world as it once was before it became overdeveloped and false.

What was the biggest challenge in putting this body of work together?
The logistics of travel to isolated places are always the least challenging and least stressful component. The main challenge is being able to self-fund my projects because not everyone appreciates the worth of my work.

After that, the next challenge is removing all of your ego from a project before starting it so that you become completely empathic to your subject(s). Regardless of how hard it can be to live with very few people in harsh environments, the images and words cannot be compromised so it’s crucial to be patient and put up with every type of discomfort that might arise.

The cold isn’t normally ever a problem as good clothing solves that issue – the challenge is simply to be a good people person as I am a social documentary photographer, a people photographer.

Who were the most interesting characters you met and what did you learn about them?
I’ve lived alongside Inuit and Athabascan natives in Alaska and Canada. The Inuit particularly interest me because of how they take a long time to reply to your questions because they consider every word you say and each word they will use to reply very carefully.

I’m also fascinated by the way they can read the land and climate and know what will happen next and why. They are the complete opposite of how we behave in the Western first world today and represent instead how we all would have been a long time ago. This is because of their connection to nature.

How did people feel about your presence with a camera? How did you gain their participation and trust?
I’ve learned that to get results you don’t produce a camera immediately at the beginning of a project. Nobody likes a camera to be shoved in their face so I always take my time to earn trust.

Since my longest projects have taken up to 3 years I take my time to become a part of the subjects’ community and help out with tasks to make myself useful. For as many photos I ‘take’ I always give back equally with my time, my labour and my ideas.

What kinds of things do you find yourself talking about with subjects while shooting?
Sometimes no conversation is needed and a mutual understanding is felt. Silence might be required because an animal is near or the moment is to be appreciated in quiet.

I find it better to allow the subjects to be themselves and it is far better to allow situations to unfold without forcing them. I prefer to stay quiet, concentrate on taking photos and not interfere with small talk. 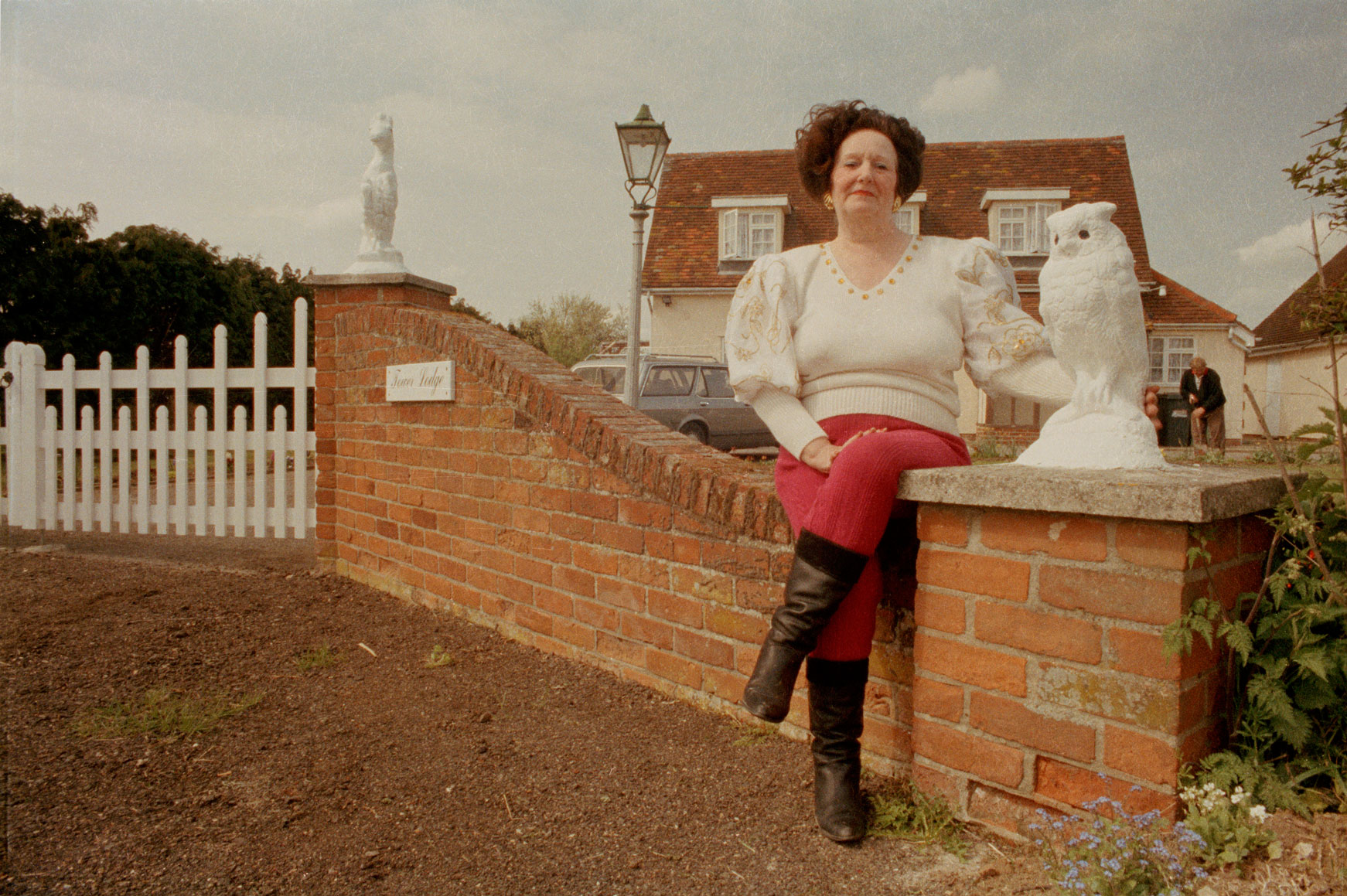 How did you get started in photography?
I have always taken photos since my dad gave me his camera when I was eight. Photography was my greatest passion in life but I found it impossible to get any work in any area of photography at all. Instead, I succumbed to working at low paid jobs like everyone else around me just to earn enough to pay rent and buy food.

In 2001 I’d had enough of the rat race and made the decision to permanently drop out, leave my apartment and finally do whatever it took to take photos full time. It was an easy decision to make but the hardest 16 years of my life so far.

What image do you feel most connected to in this project and what is the story behind it?
That’s hard to answer because I am connected to every image as living so remotely is very intense and every image has its own story.

However, if you asked me what photo gave me the most excitement when I took it, it is the one of David Atchley standing on Bucket Hill having walked up it on snowshoes.

Instead of the limiting view of the four walls of his house interior, this panorama shows the immense beauty of his surroundings all the way to the horizon of the Kokrine Hills and allows the viewer to immediately understand the environment David has chosen to live in.

As a photographer who uses images to communicate big-picture stories to the viewer, this landscape with David standing tiny within it says it all. 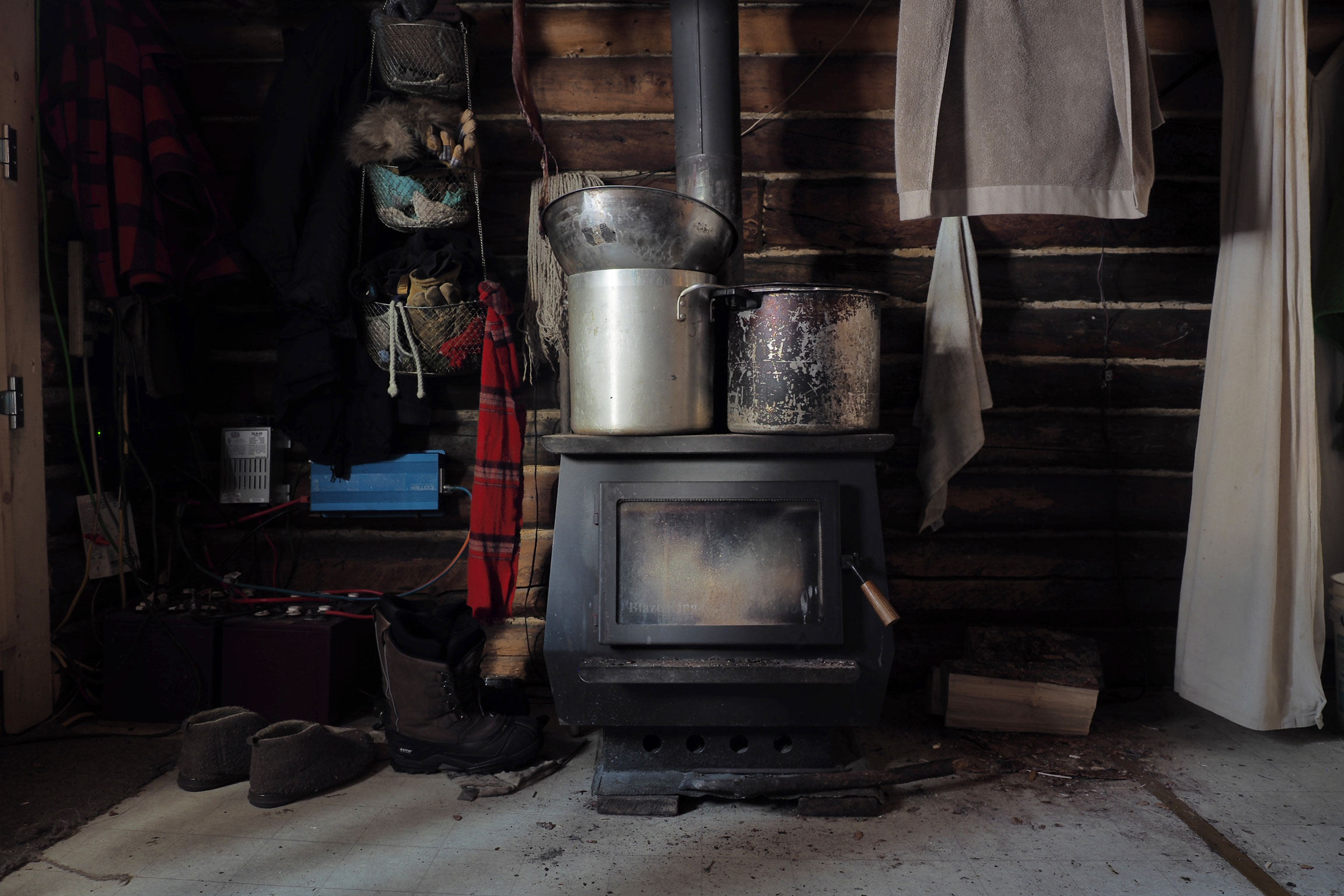 How do you balance responsibilities you feel towards the people you document with your desire to present this as a body of work?
Has there been anything in your personal life driving the work?
Of course. I don’t take photos for money or because I view it as a job. My work is about life and living it so I am literally exploring my interests and what I wish to find out about the world and documenting that as I move along.

I’m constantly inquisitive and questioning ‘why?’ at the very core of every action in my life and wishing to share with others what I find out for myself.

People come first and the work comes second, there is no other way – without the people you have no subject and no work. The desire to produce a body of work runs side-by-side with the subject, it is not a separate thing. If the work is meant to happen, then it will.

Sometimes it doesn’t work out but you have to accept that’s the way it is meant to be. Being responsible to others and for yourself results in far better work. Kharma teaches you that.

What have you learned about yourself along the way?
I never stop learning as there’s always more to grasp, but on the most recent project I learnt that going with gut instinct is always right and that can only be learnt by experience.

I already learned that you should never rely on second chances and that it is best to understand completely the reasons why you know what you do and to stick by them. Frequently you only have yourself to rely on so never get too comfortable.

Ed Gold: Other Worlds is on view until 17 September at Firstsite, Colchester.

Linkedin
RELATED ARTICLES
OTHER ARTICLES
Photographer Arthur Grace recalls travelling through the Soviet Bloc and finding ways to evade the surveillance of his work.
Photographer David Hoffman recalls documenting the extreme wealth inequality around Tower Hamlets and Hackney int the 1980s.
Finland-born photographer Sirkka-Liisa Konttinen looks back on her decades-long documentation of life in Northern England.
With inflation now at a 40-year-high of 9 per cent, demonstrations organised by TUC took place to demand action from the government.
50 years since its inception, and the campaign calling for recognition that capitalism depends on domestic labour is as pertinent as ever.
In her new book, the author explores the country’s housing crisis in human terms and calls for radical action to address a broken system.