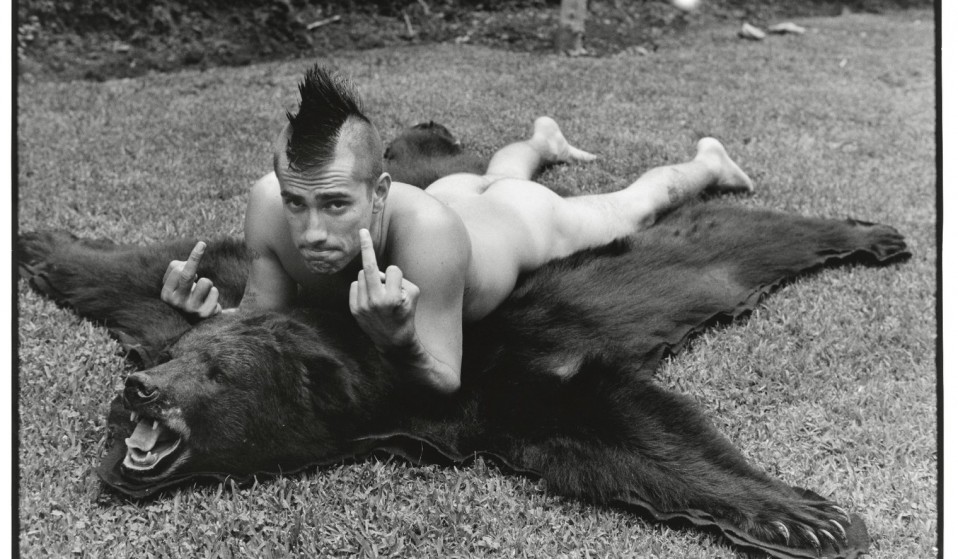 The cult photographer pays tribute to one of the most iconic punk signifiers of all time, sharing two-decades worth of images & a poetic personal essay.

The cult photographer pays tribute to one of the most iconic punk signifiers of all time, sharing two-decades worth of images & a poetic personal essay.

In his new book, Hairdos of Defiance, cult photographer Ed Templeton pays tribute to the Mohawk. The publication, which is packed full of images and an accompanying essay, examines the history of the iconic punk hairstyle – from its indigenous origins to its emergence as a punk symbol, to its eventual co-option by the mainstream.

Templeton took the 42 featured photos on film over a two-decade period, during travels across both the U.S and Europe. His essay, directly titled On Mohawks, is a poetic ode to the hairstyle’s enduring appeal.

“An explosion of spiked fluorescent pink hair precariously balanced atop a young girl’s head, eyes painted black in the shape of an Egyptian goddess, slender neck choked by a black leather dog collar ringed with metal thorns, a ripped-up t-shirt barely concealing the flesh of her breasts,” Templeton writes. “It had the same shocking effect on a family walking along London’s King’s Road in 1977 as it did on the explorers encountering the Pawnee Indians in 1541, something exotic and strange to behold.”

“Having a punk hairstyle was a way to spit in the eye of polite society, to rebel and depart from the prevailing fashion trends. It was an emblem of non-conformity and a hairdo of defiance – until it wasn’t.”

Hairdos of Defiance is accompanied by an eponymous solo exhibition at Roberts Projects, Los Angeles, running until mid-April. 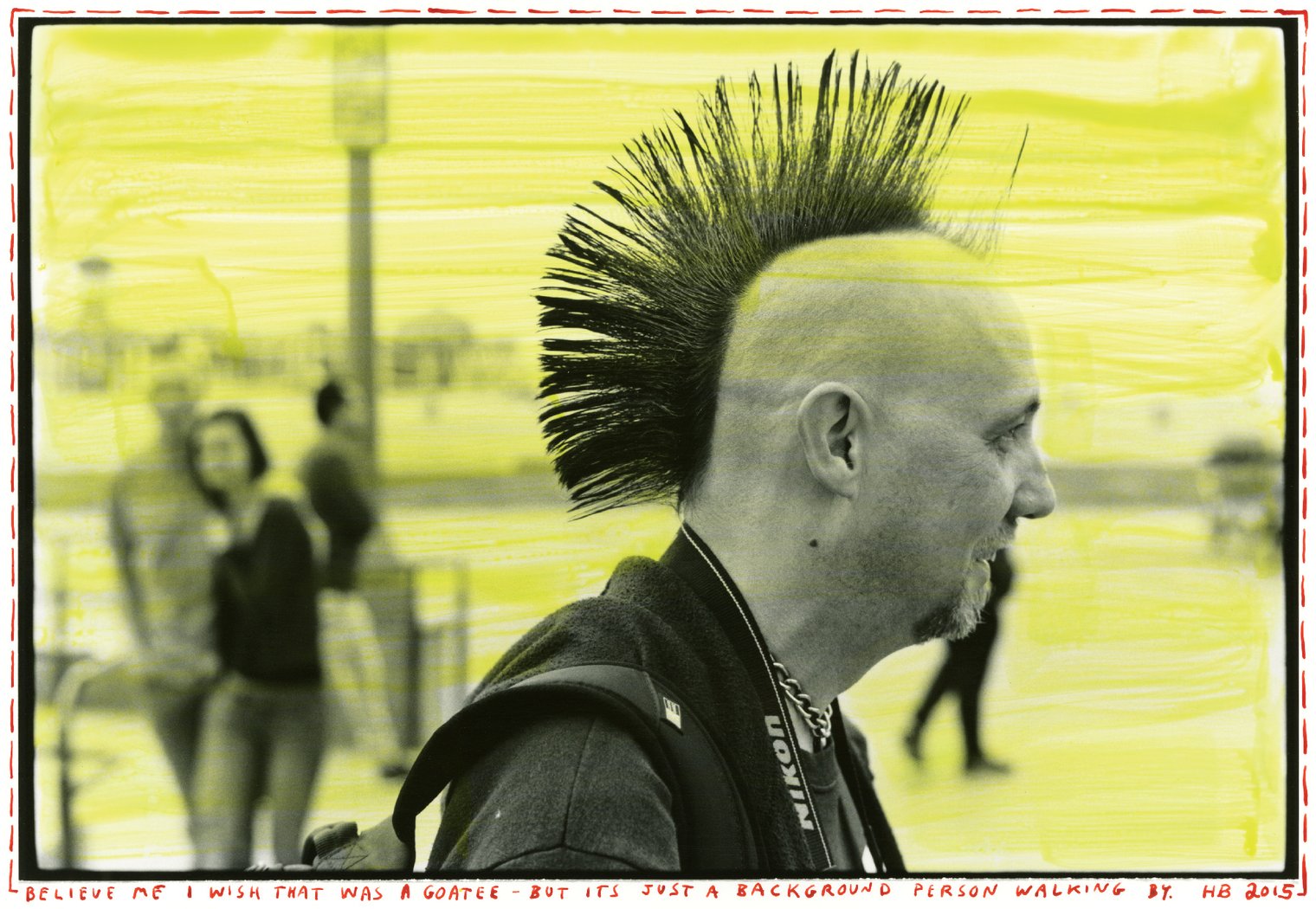 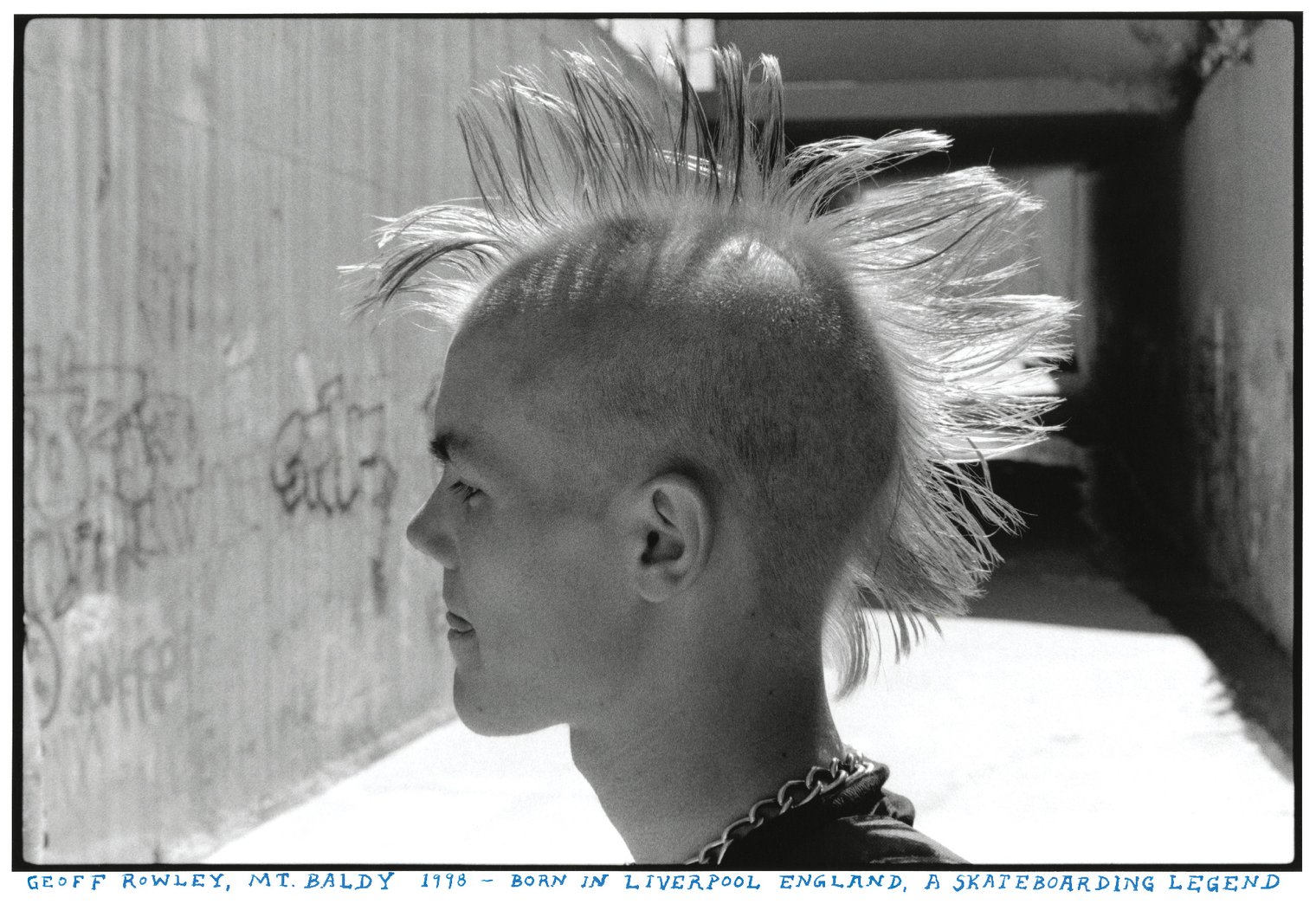 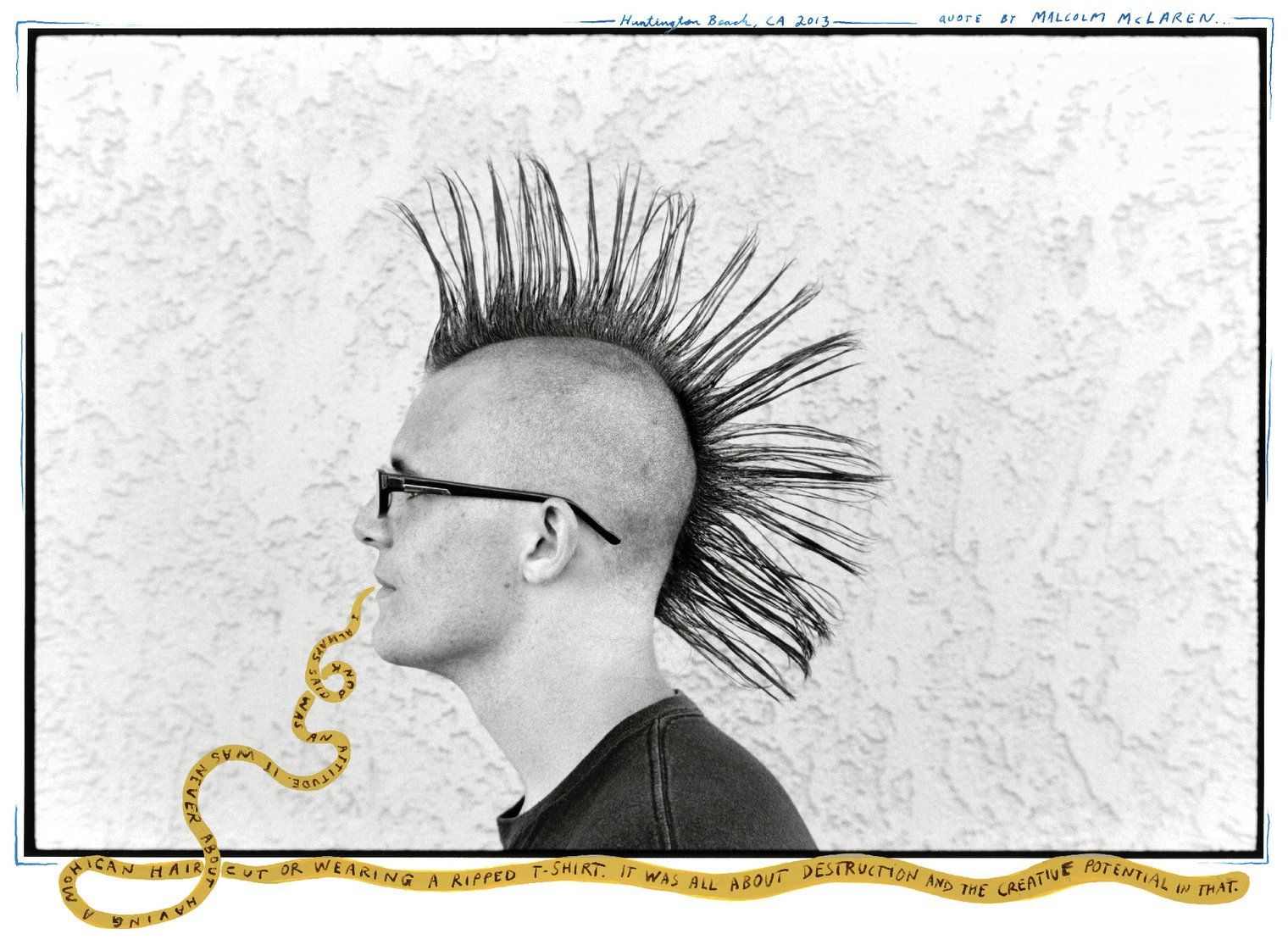 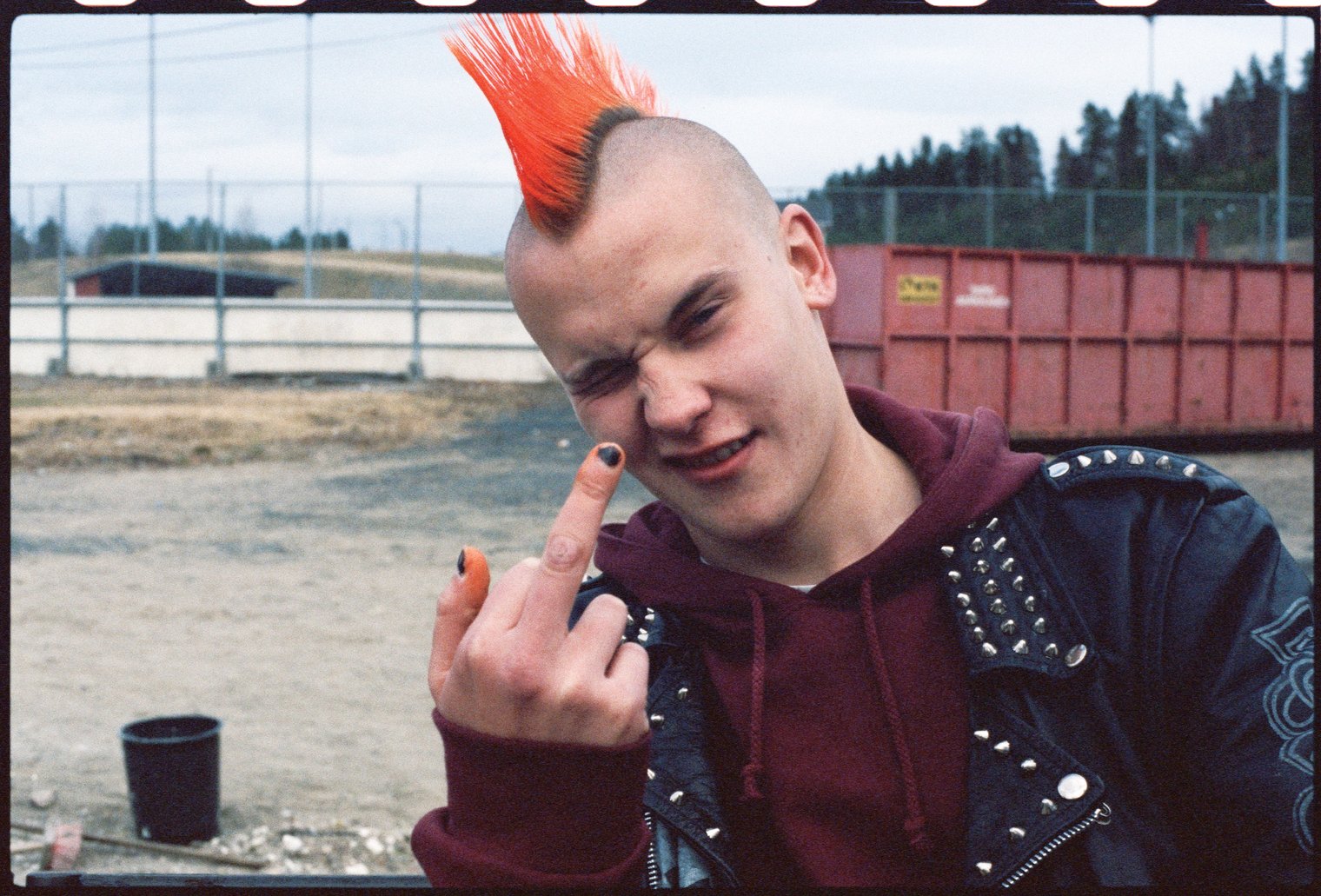 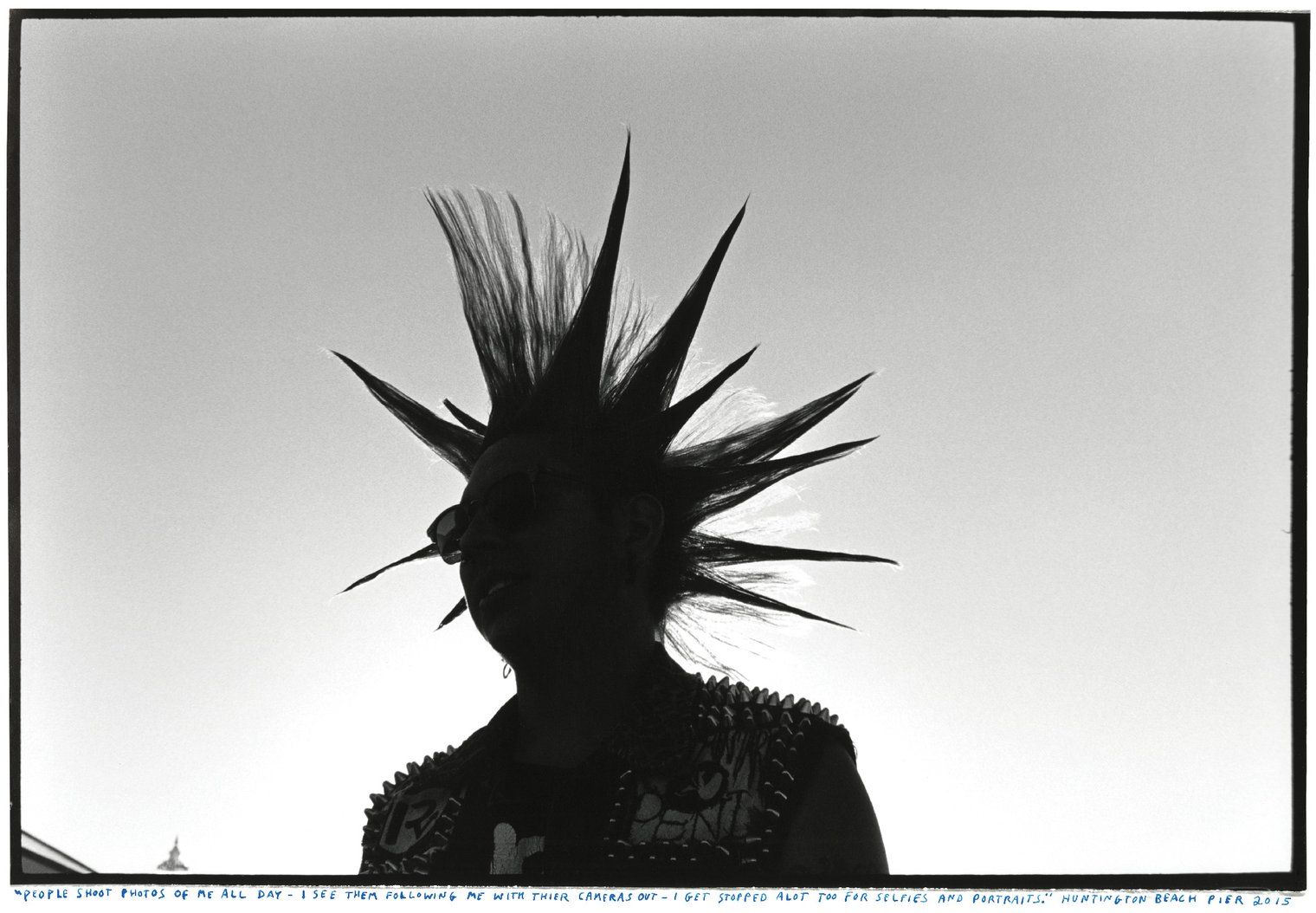 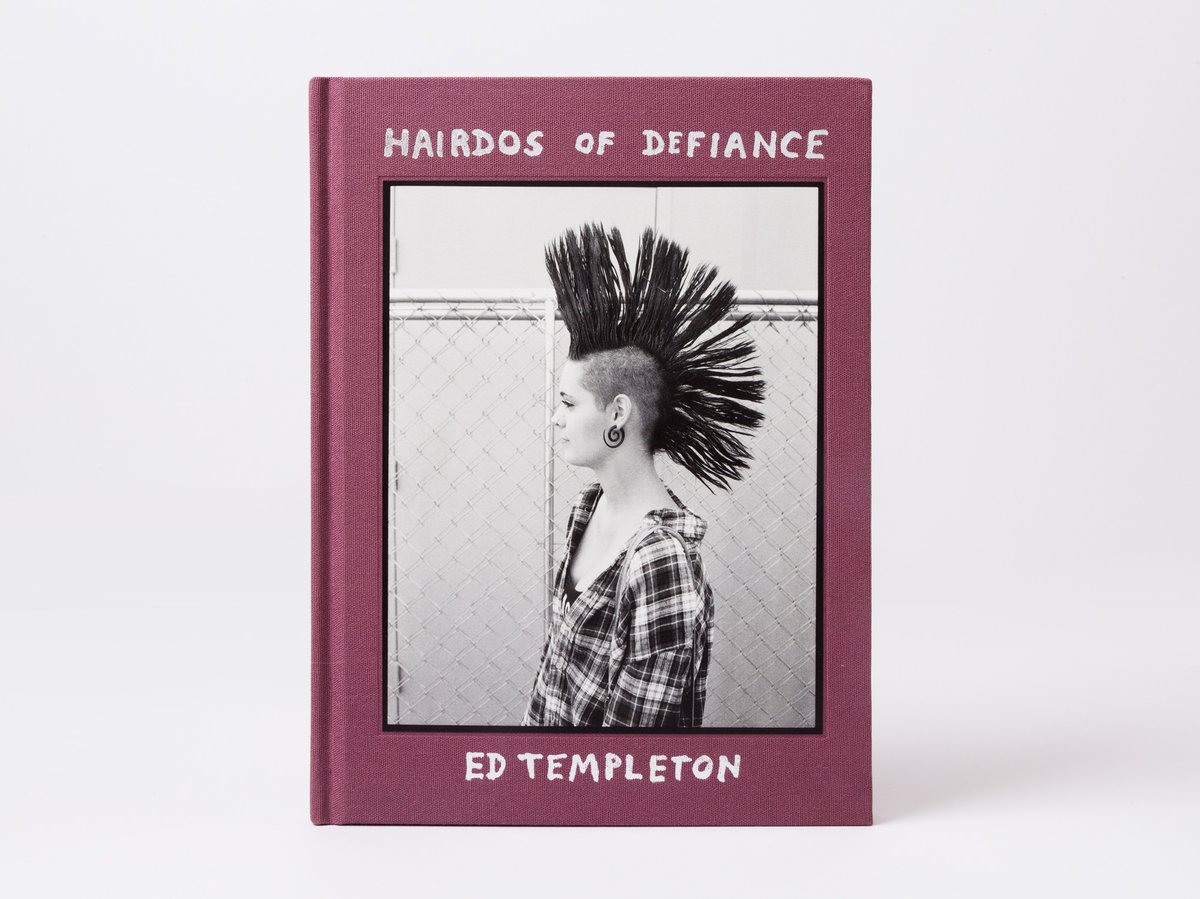 Hairdos of Defiance is released through Deadbeat Club this weekend. An accompanying exhibition will run at LA’s Roberts Projects from March 17 – April 21, 2018.

Linkedin
RELATED ARTICLES
OTHER ARTICLES
The author discusses her blistering new novel about history, revolution and queer love.
The failure to hold landlords to account is denying tenants their basic dignity, writes Bella Saltiel.
The revered showbiz chronicler recalls his journalistic beginnings, documenting subcultural scraps in the ’80s.
From the Yakuza to a biker gang, Bruce Gilden recounts capturing Tokyo and Osaka in the ‘90s.
While protests over abortion rights rage in the US, access to abortion services is still almost nonexistent in parts of the UK.
Members of the collective share some of their reasons to run as part of #UnitedBySummits, a campaign that looks to uncover transformative power of the outdoors.