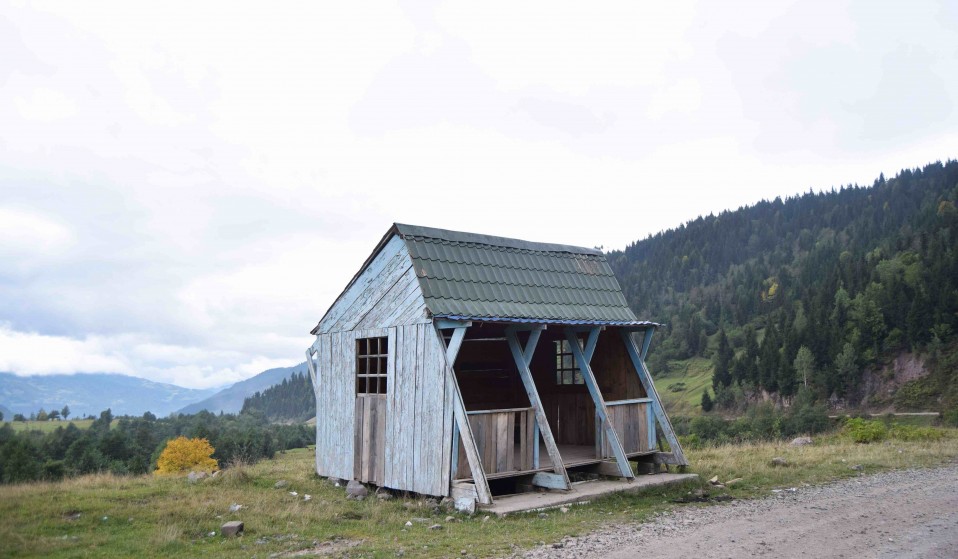 Three years ago, Nanuka Zaalishvili set out to photograph the left-behind constructions of Georgia’s Soviet Union days. Now she’s amassed over 100 shots, which were exhibited for the first time at this year’s Tbilisi Photo Festival.

Three years ago, Nanuka Zaalishvili set out to photograph the left-behind constructions of Georgia’s Soviet Union days. Now she’s amassed over 100 shots, which were exhibited for the first time at this year’s Tbilisi Photo Festival.

Ever since she was a child, Nanuka Zaalishvili remembers seeing the strange shapes of Soviet bus stops along the roadsides of her native country, Georgia.

After growing up and qualifying as an architect, Zaalishvili came into photography unexpectedly when curiosity led her to return and document these forgotten constructions.

“For me, being an architect does not only mean sitting in a studio designing buildings or interiors,” she says. “It’s more about exploring the world around me and things that surround us in daily life.” 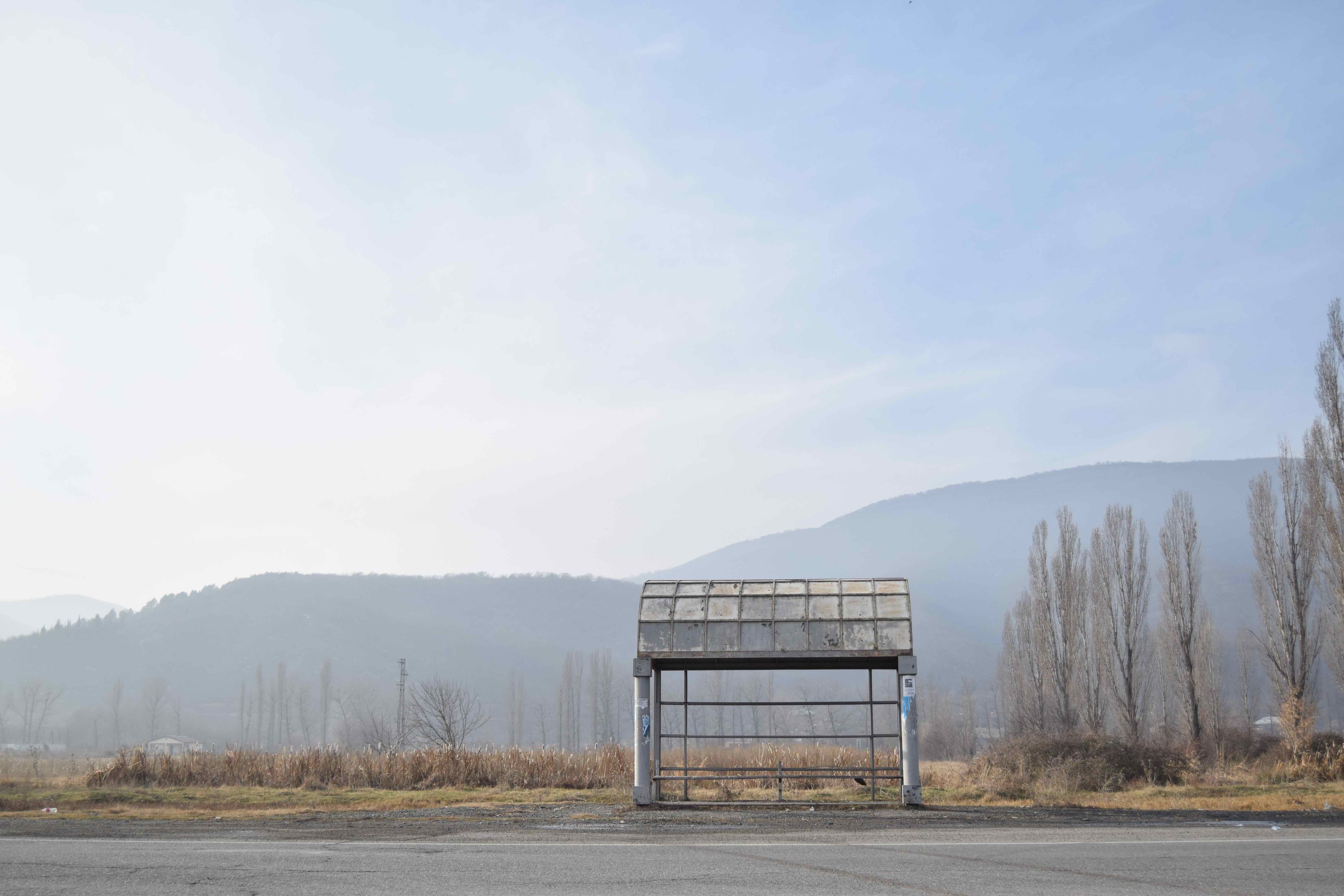 Zaalishvili makes clear from the outset that she is not a photographer. “I had no idea how to use a camera, so the first pictures I took are not professional photos,” she says. Yet, a couple of years into the project she decided to make the pictures public, and they soon sparked an interest.

To find the bus stops, Zaalishvili scoured the country by car. Setting out from the Georgian capital Tbilisi, she drove with a different route in mind each time. While some were easy to find, others were set back a long distance from the main road – and, in some cases, new bus stops had been built in front of the original Soviet ones.

“Some of them are still functioning, but the majority are not,” explains Zaalishvili. “Nowadays, public transport will stop wherever you wave your hand, so nobody uses the bus stops.” 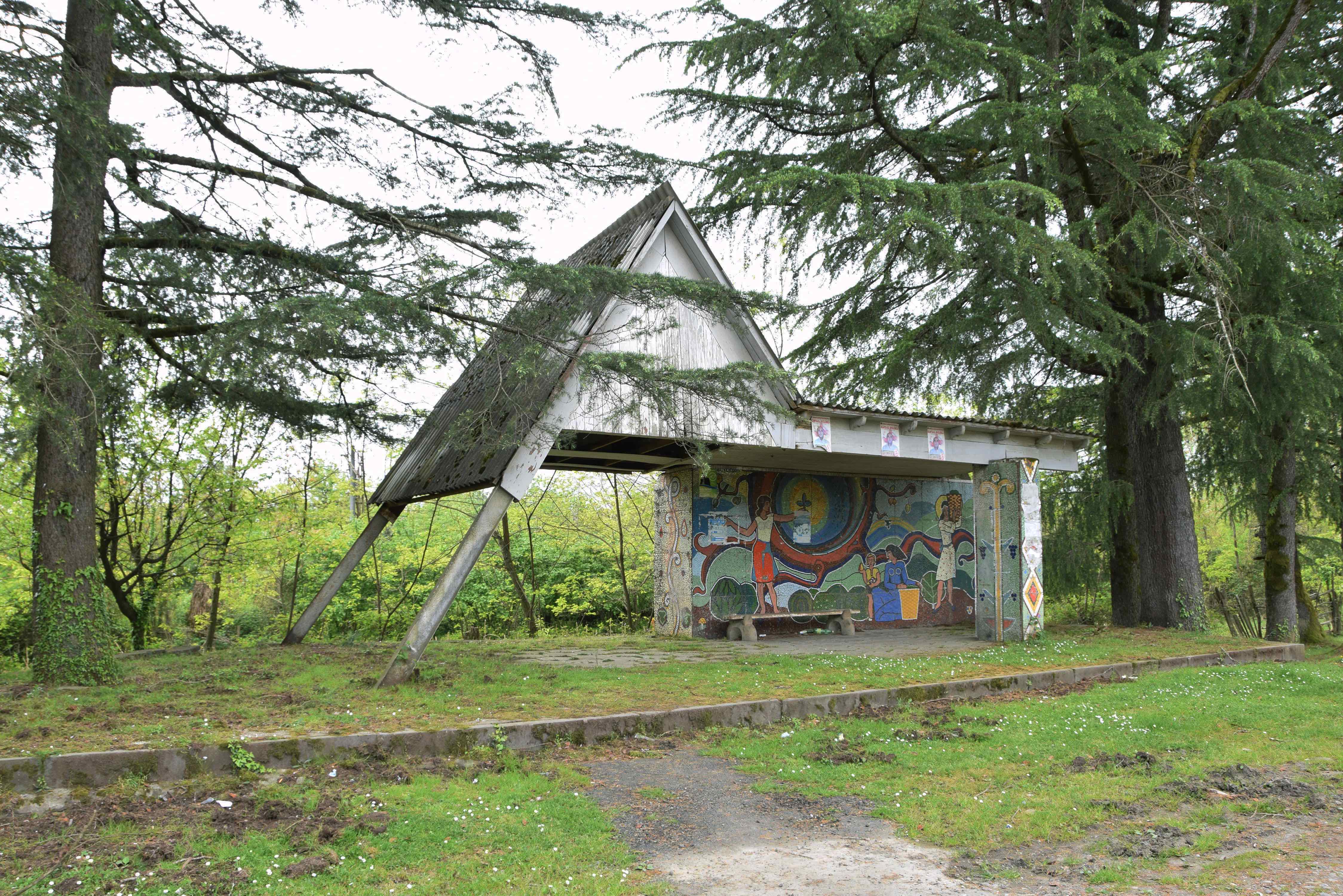 In Soviet times it was a different story, because independent travel was discouraged and people relied heavily on public transport to get them from A to B.

As the pictures illustrate, no one bus stop is the same. Some are decorated with vibrant mosaics specific to that region – for example, grapes will signify a famous wine region – while others look like they’ve just landed from outer-space. Zaalishvili hopes that in documenting their diversity, others will also appreciate their value and see them as an important heritage of Soviet-era Georgian architecture. 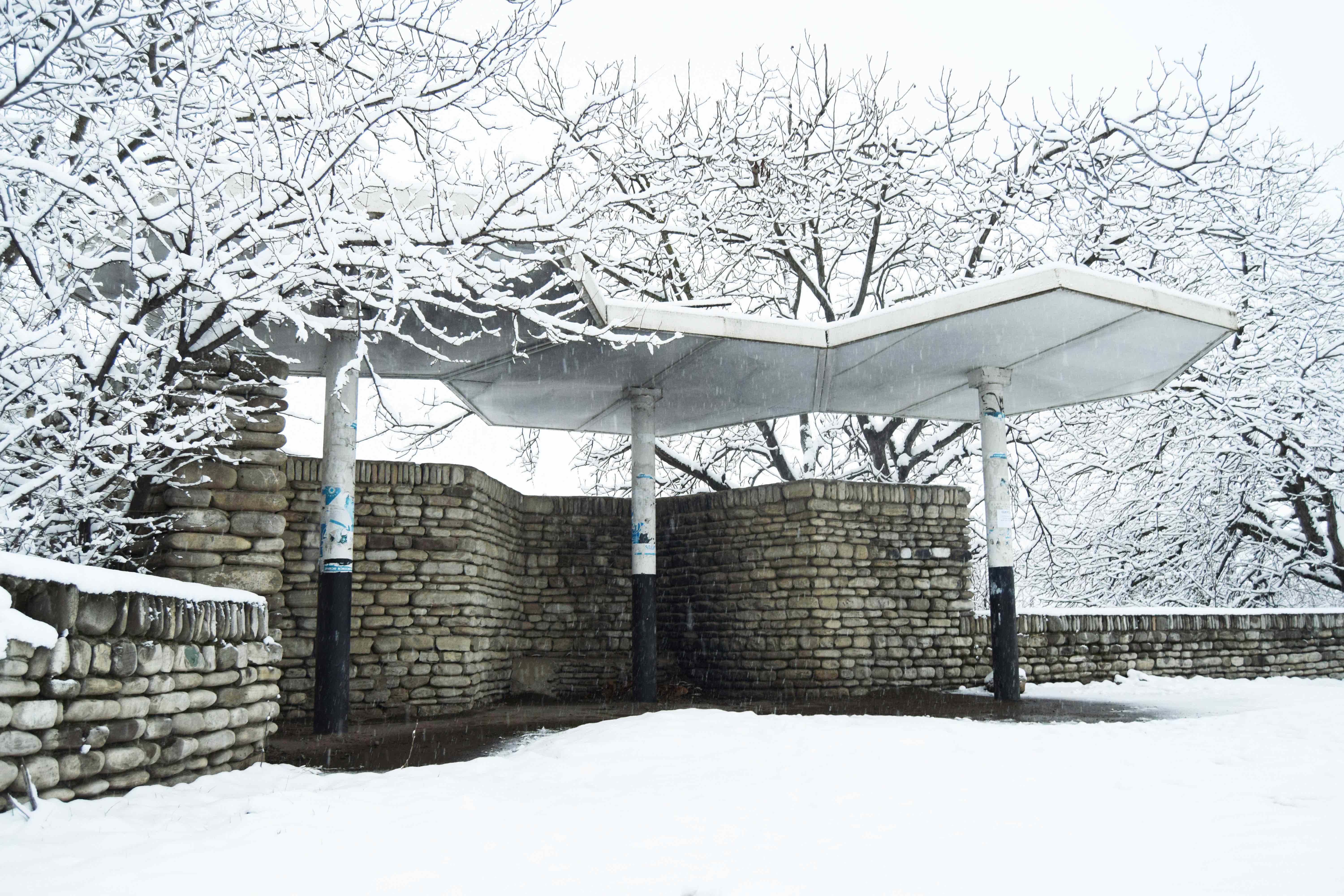 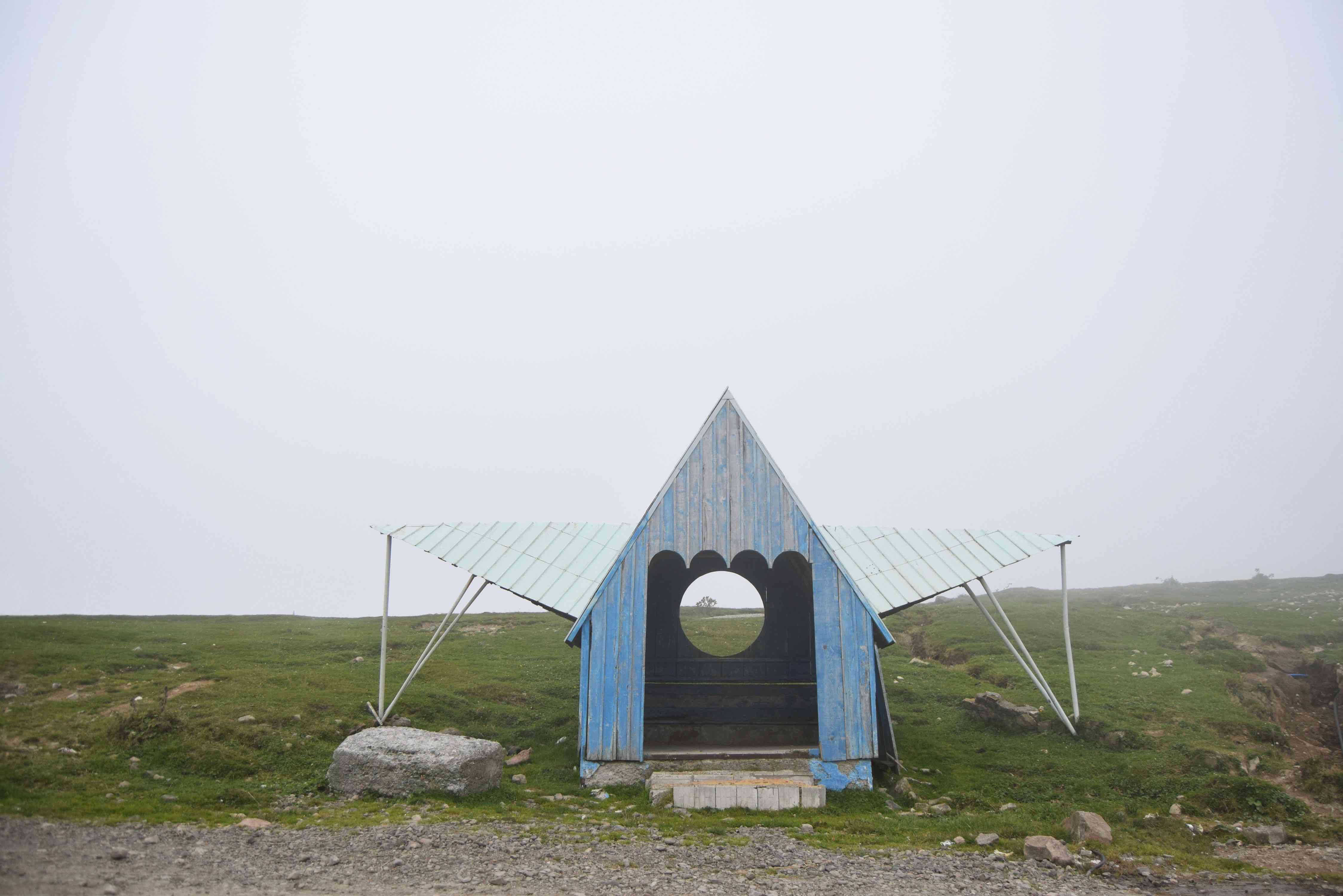 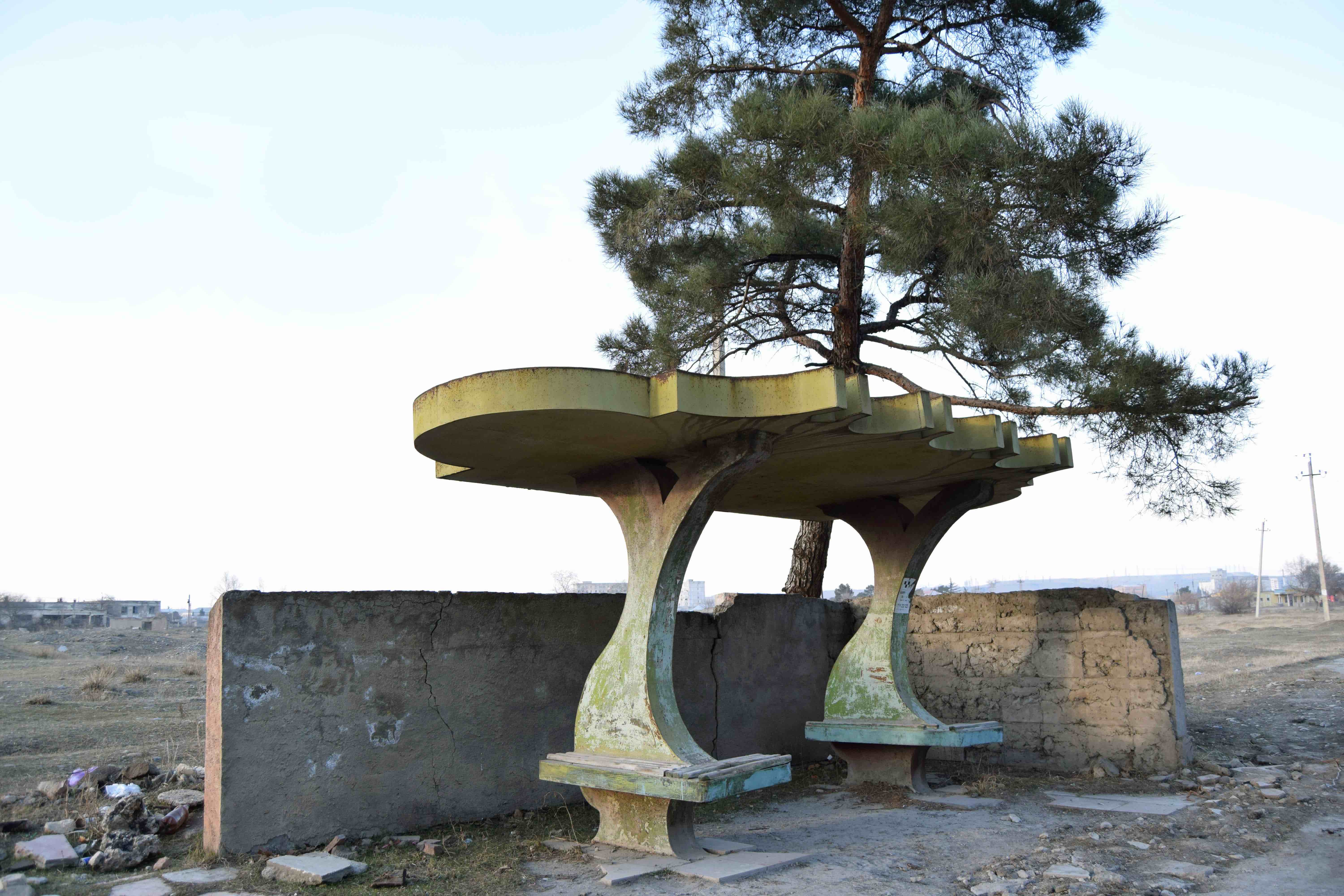 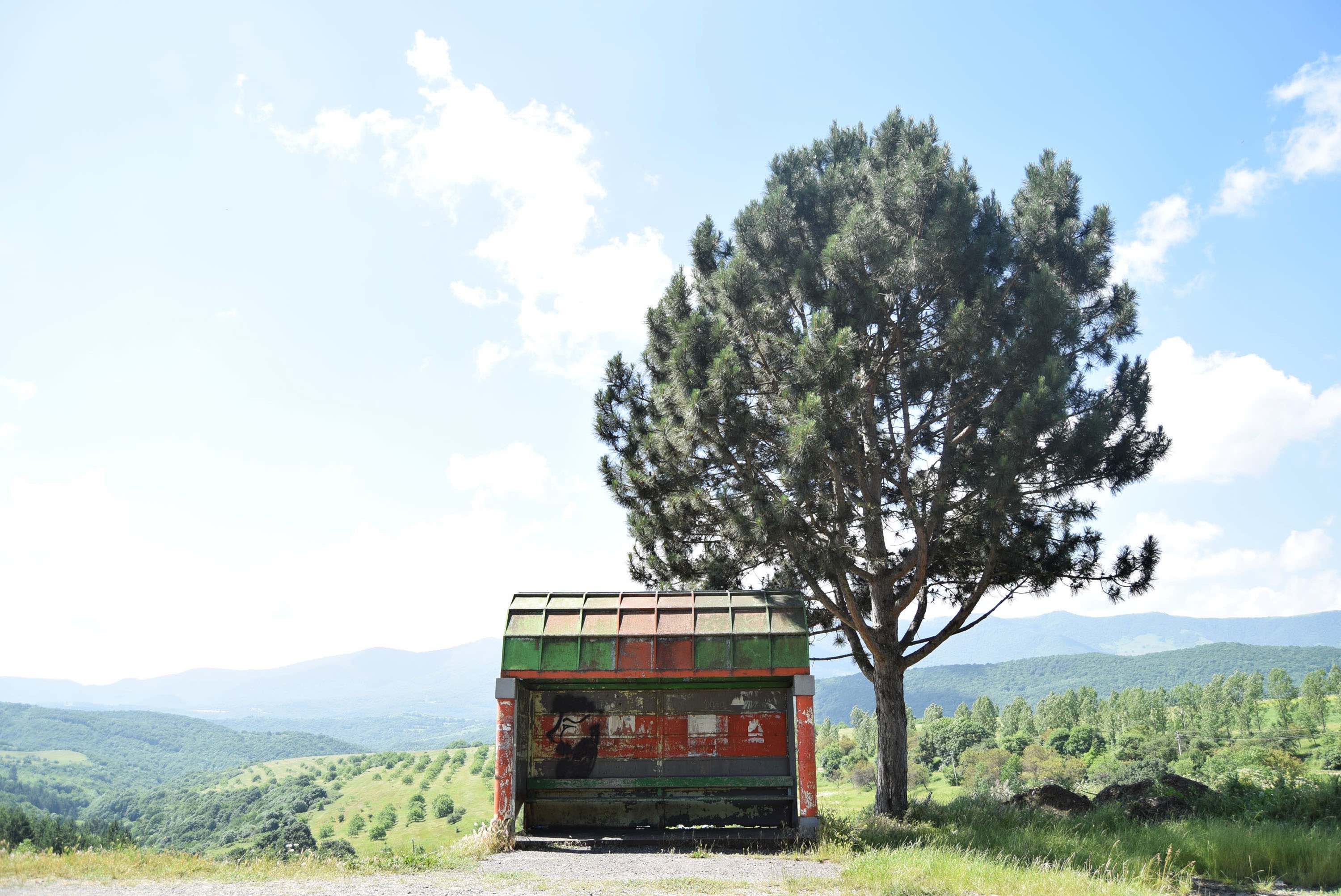 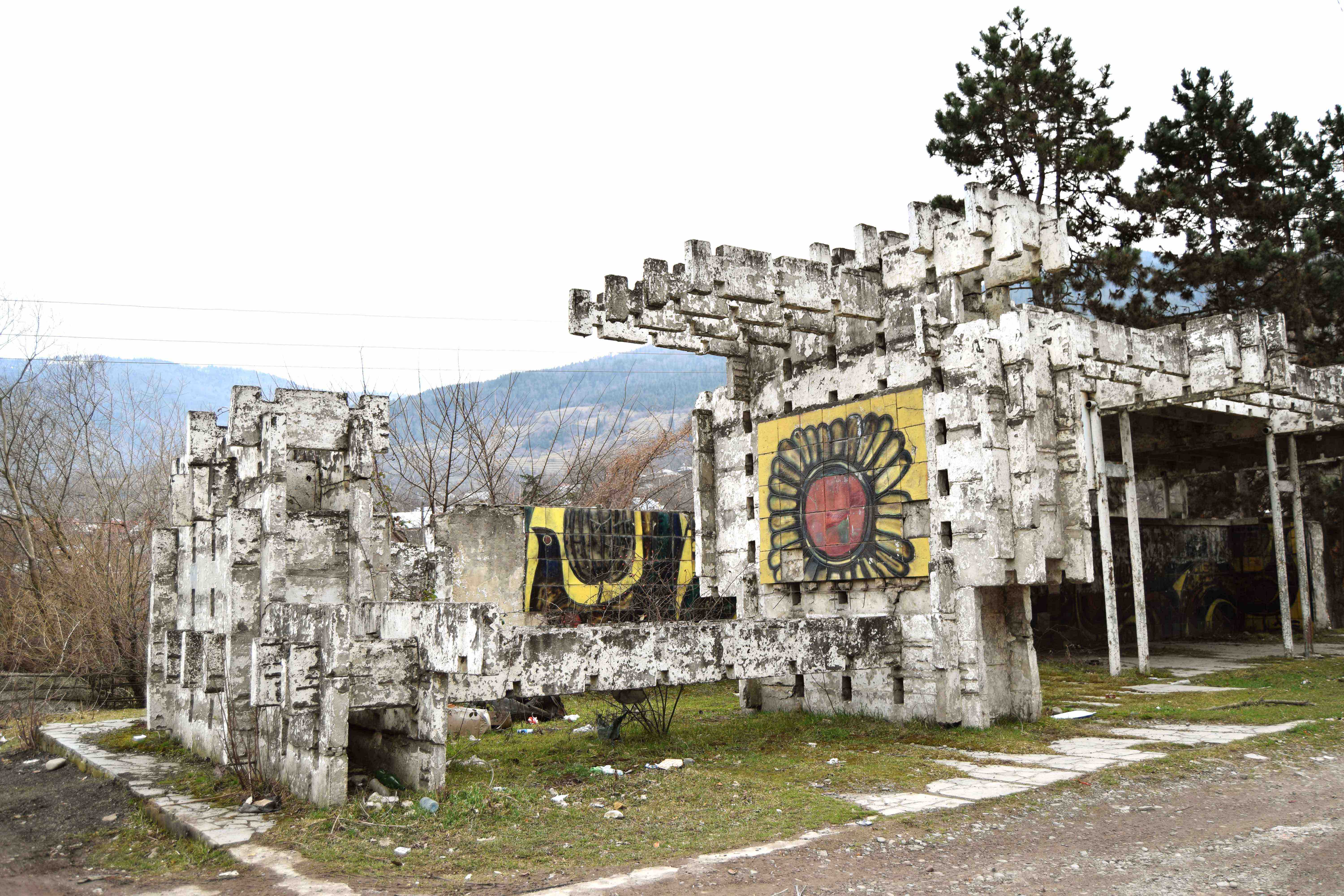 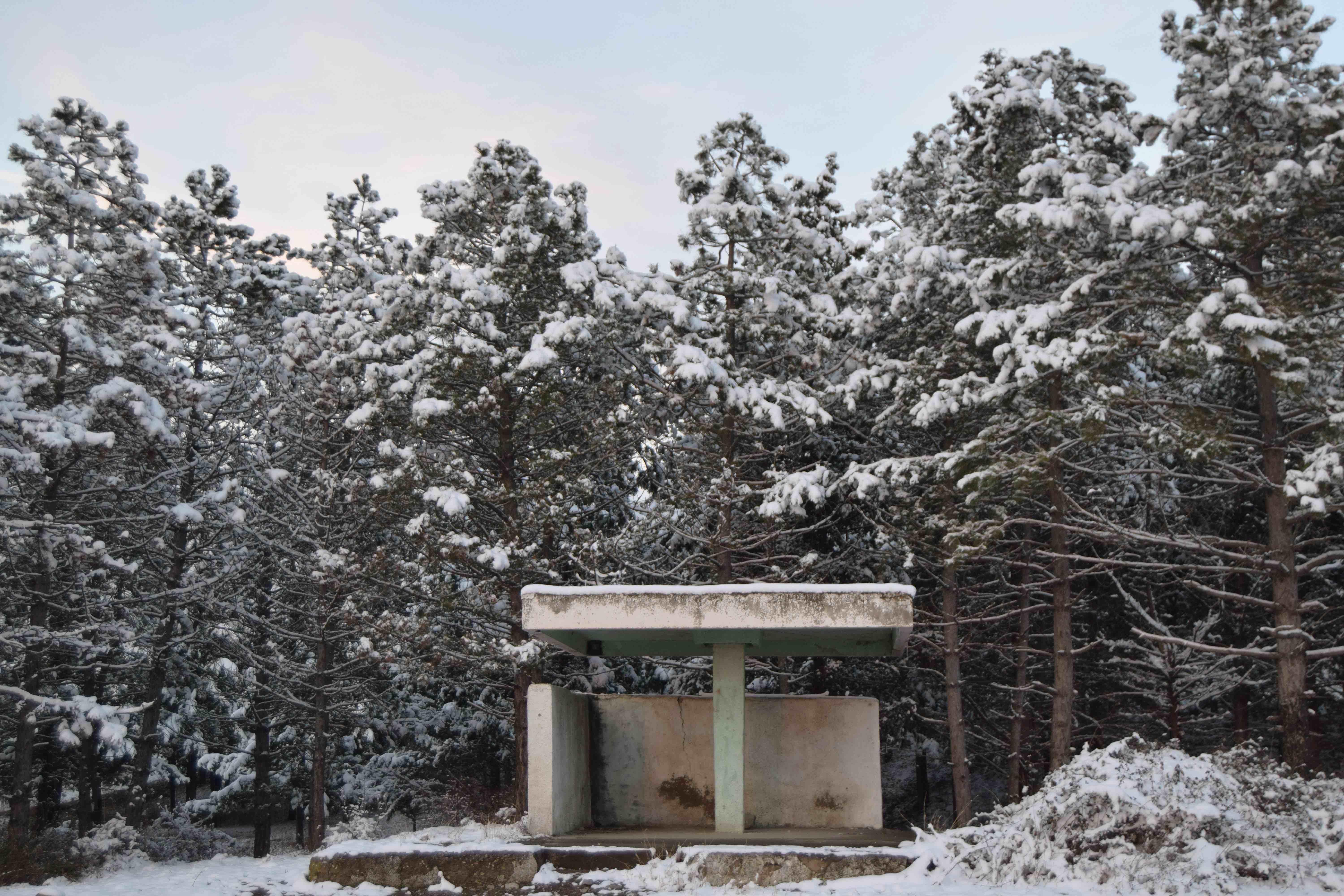 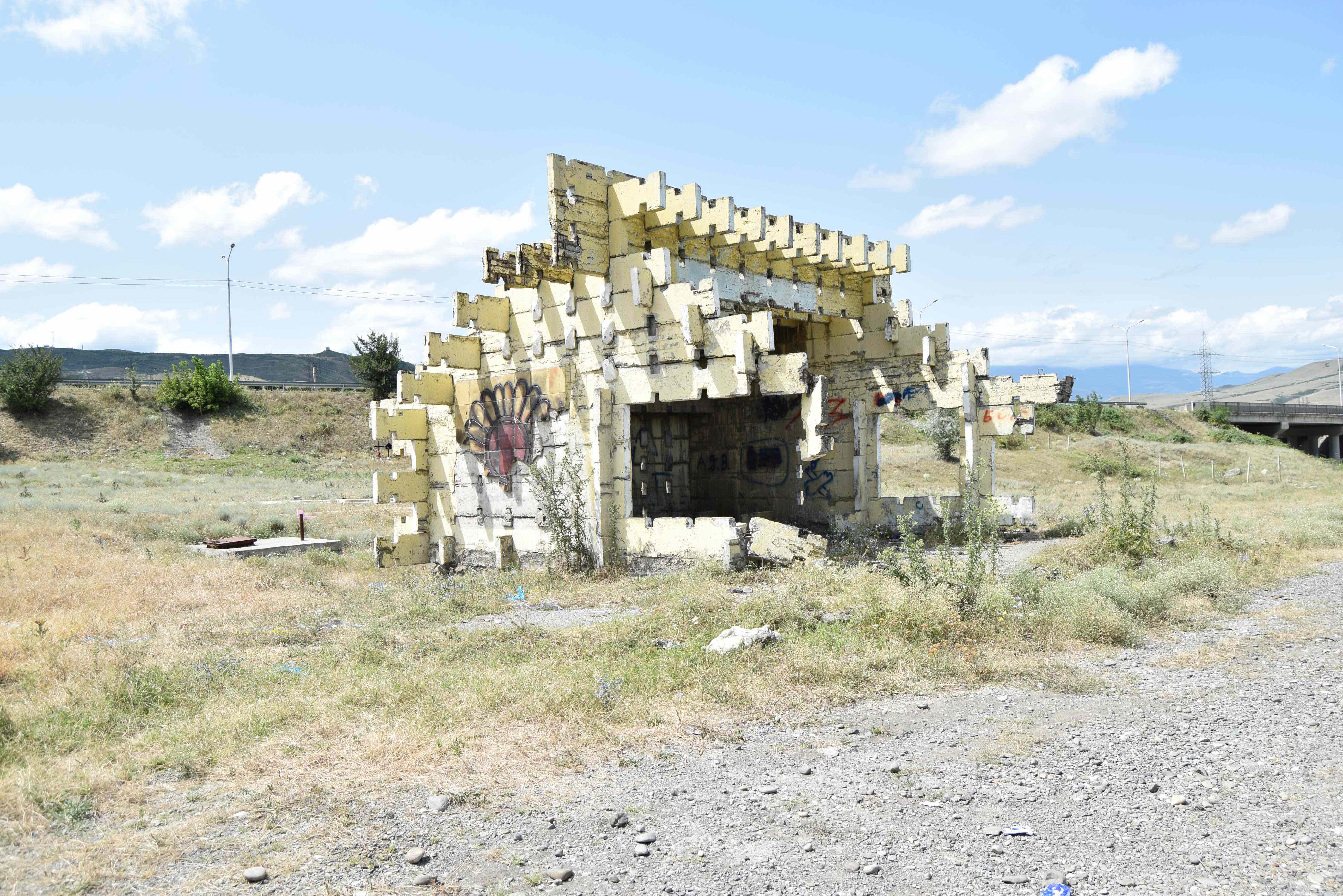 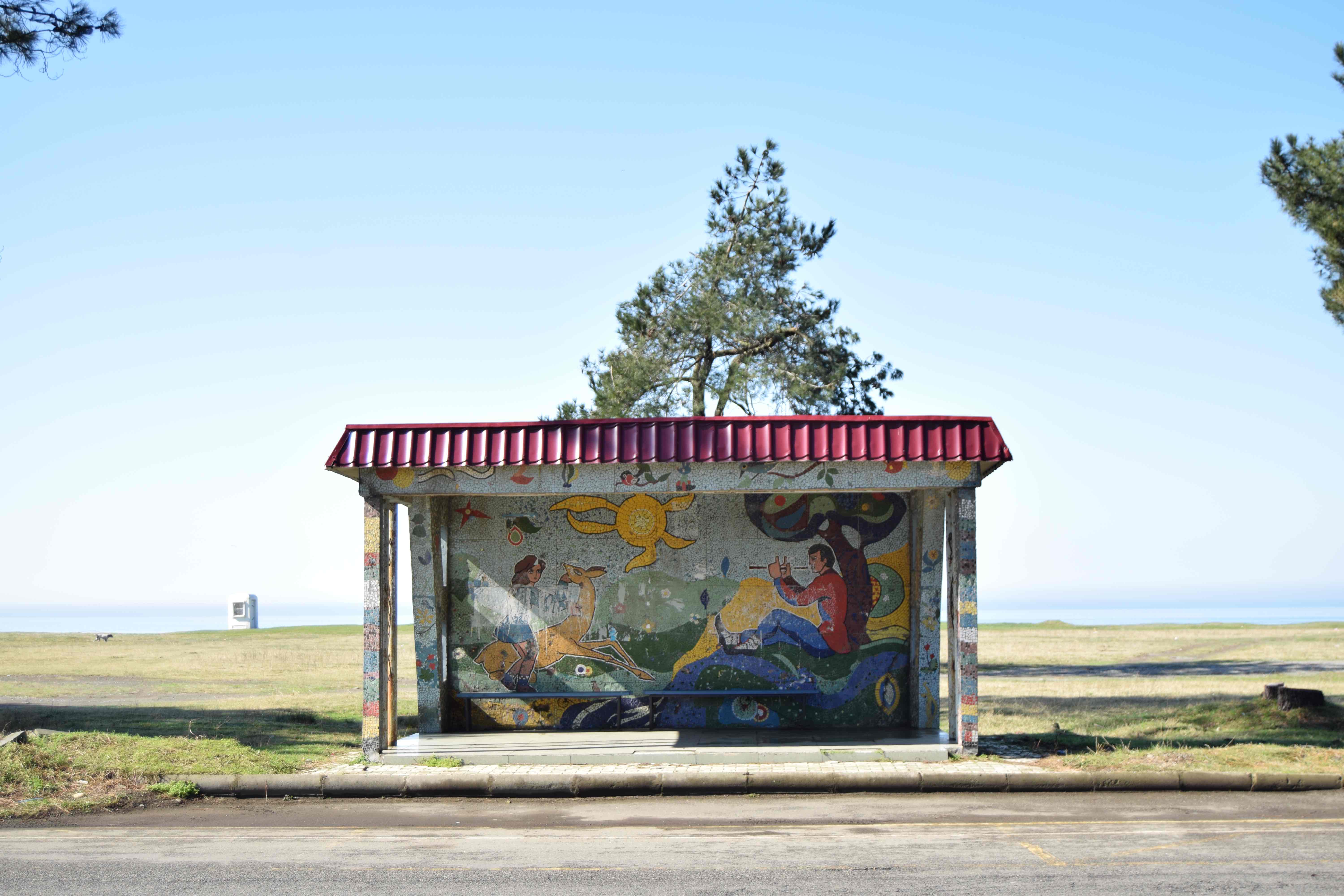 Zaalishvili’s book Soviet Bus Stops in Georgia is available now. Zaalishvili runs an architectural studio, as well as a site dedicated to all things architecture-related.

Zaalishvili was one of the exhibiting photographers at Kolga Tbilisi Photo Week, which takes place each May in the Georgian capital.

Linkedin
RELATED ARTICLES
OTHER ARTICLES
Sean Maung’s photos are a love letter to the Black and brown communities that make up New York.
Yesterday thousands gathered outside Buckingham Palace after news of the Queen’s death broke.
As the Scottish government announces a rent freeze, an activist with Living Rent who fought and won shares how they did it, and what must come next.
For over a decade, gamblers have won big by employing people to place live bets from the court. But does this dubious method still work?
With skyrocketing rents, packed out viewings, bidding wars and more, renting in London has never been harder.
Birdy Chu reflects on documenting the historic moment in which the territory was formally passed back from the UK to China.