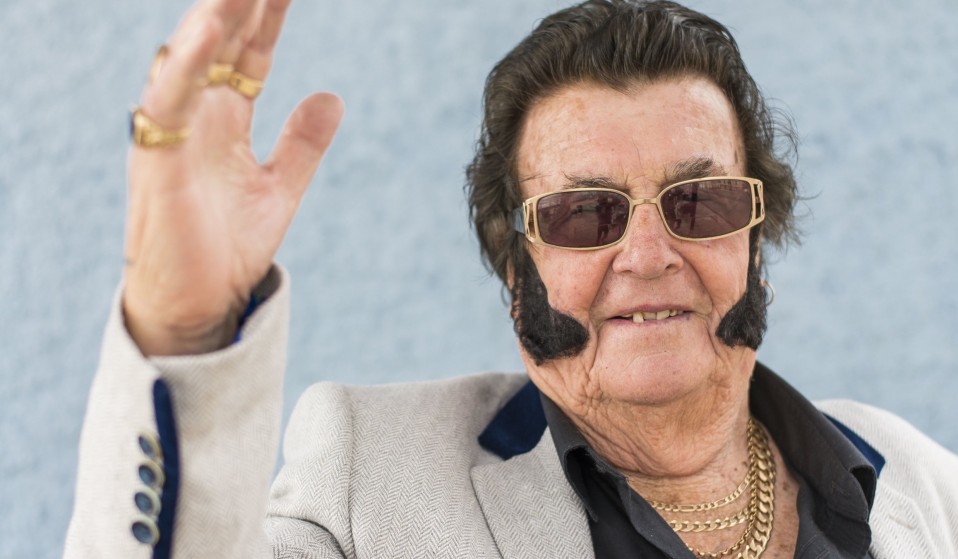 Every year, the Welsh town of Porthcawl plays host to an Elvis Festival – an event that draws devoted impersonators from Wales, Europe and beyond. Photographer Andrew Hughes captures the most convincing.

Every year, the Welsh town of Porthcawl plays host to an Elvis Festival – an event that draws devoted impersonators from Wales, Europe and beyond. Photographer Andrew Hughes captures the most convincing.

I first heard about the Porthcawl Elvis Festival a few years ago, and I was really intrigued. I’ve always been a fan of the singer, so I knew that I wanted to come away with a series of portraits.

It would have been easy to come away with 50 shots of the standard ‘white jumpsuit, plastic hair’ fans. But I wanted more than that. I wanted the interaction more than anything.  I wanted to get to know the person before asking them for a portrait.

I managed to shoot four ‘genuine’ Elvis impersonators during the festival – but the two that really stood out were Micky and Victor. Micky is 80 years old and from Tenby. He’s been making the three-hour round trip to the Porthcawl Festival for the last eight years. I was walking down by the Grand Pavillion when I noticed him in his blue suit. I approached him, introduced myself, and we started to chat. 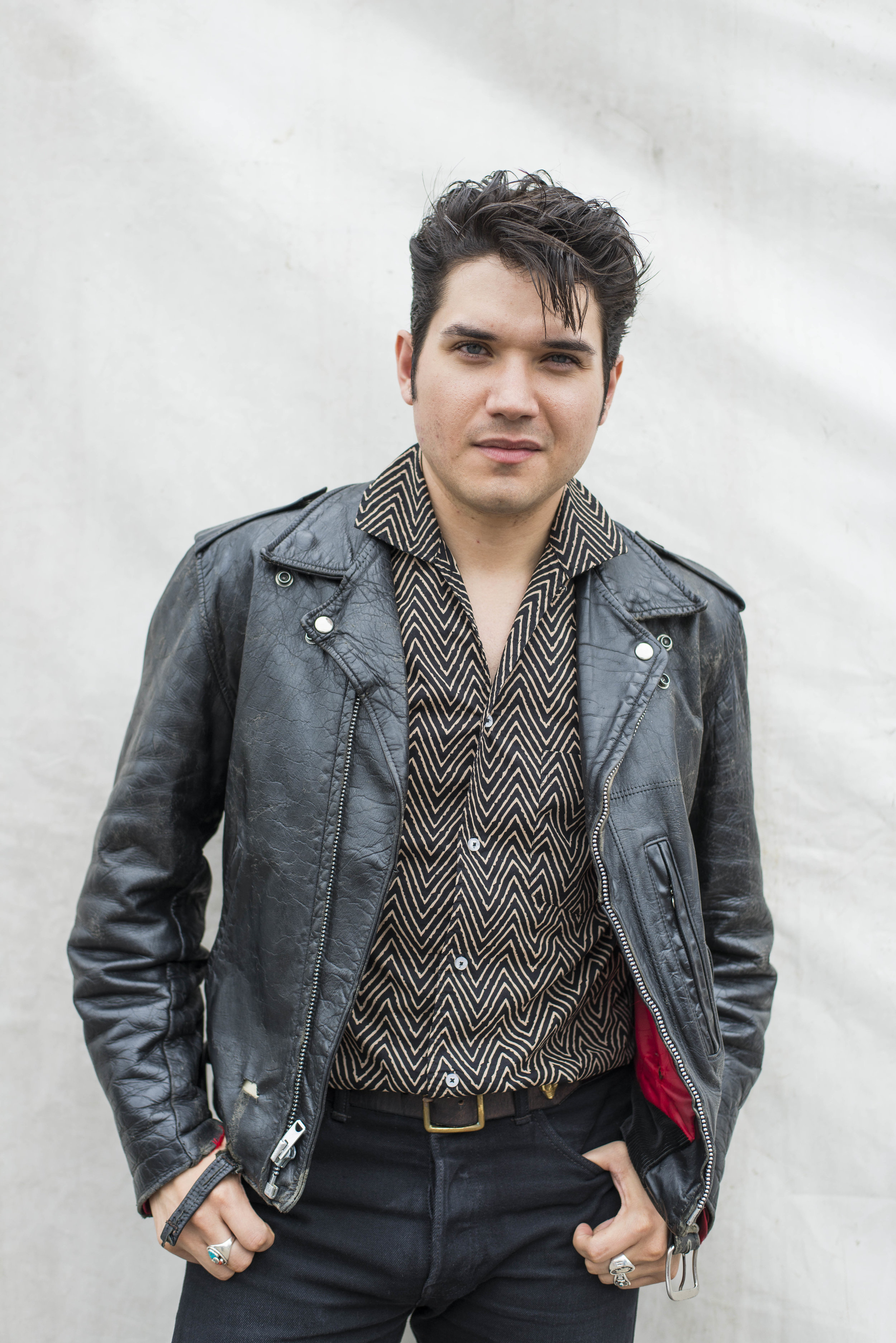 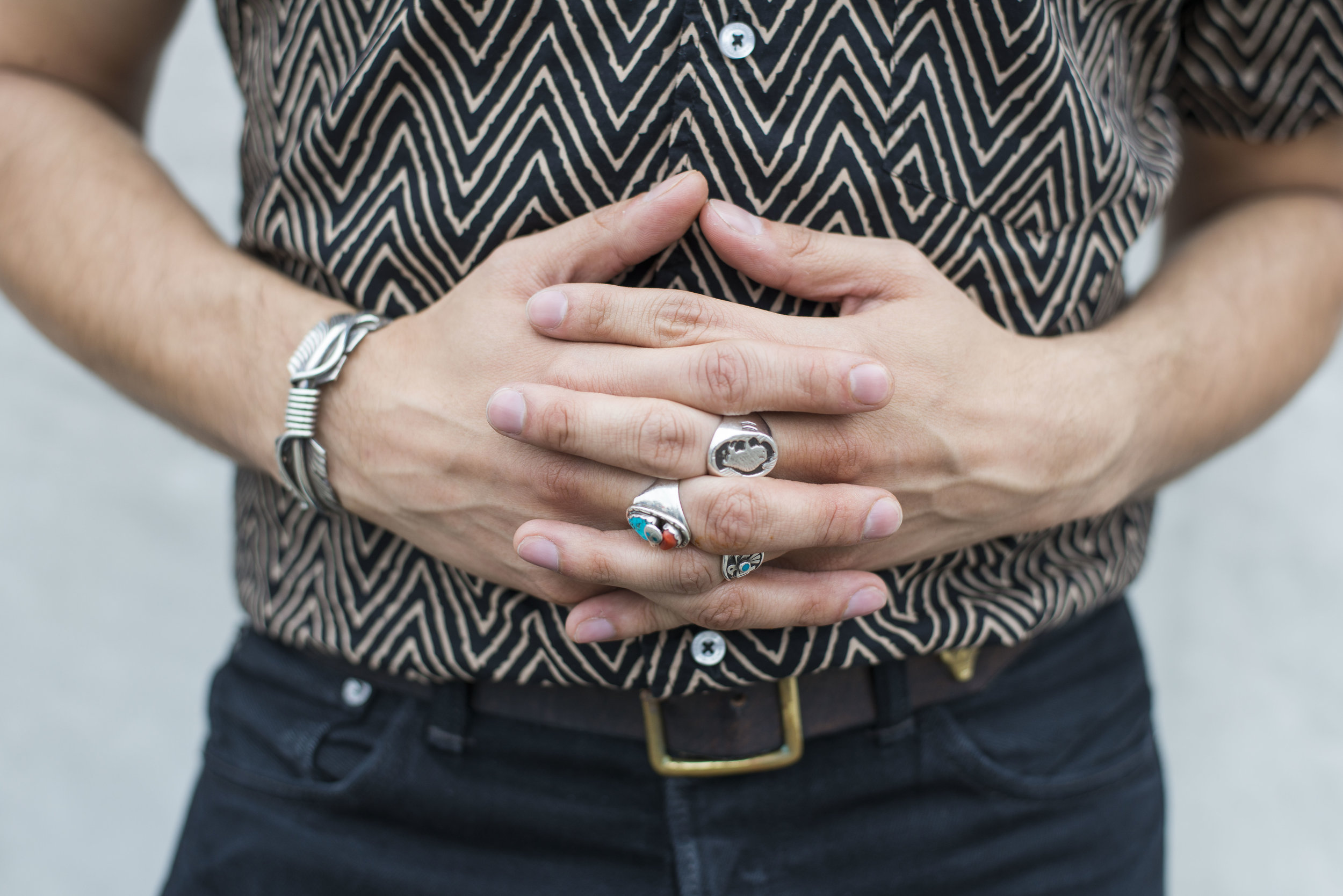 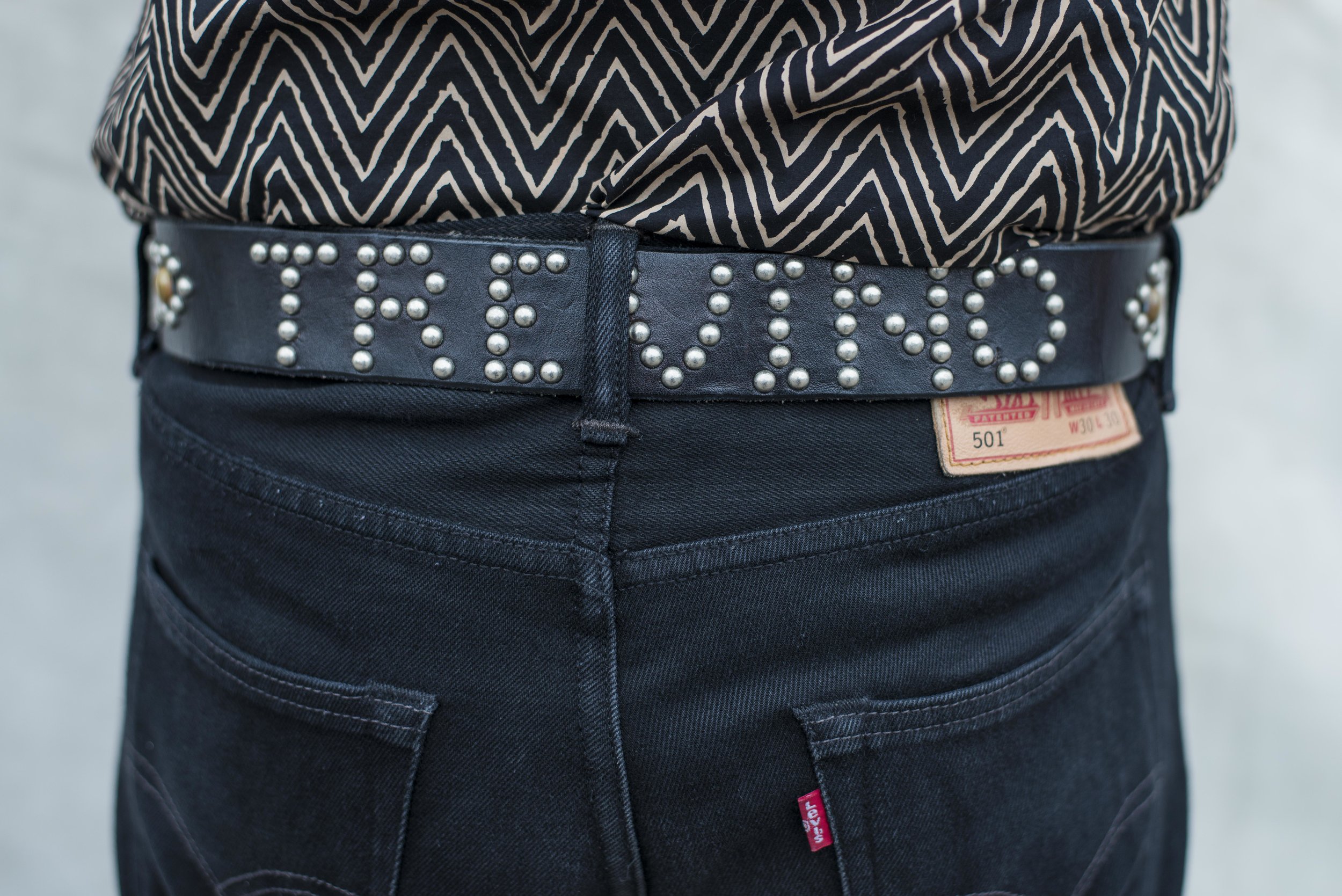 We talked about what Elvis meant to him, and we spoke about the impersonator scene. He said that the festival really made him feel like he was a part of something special. Unfortunately, both he and his wife have a fear of flying, so they never got to see the real Elvis perform.

Victor is 31 years old and from Fort Worth in Texas. He’s a full-time Elvis impersonator, and was down at the festival as he and his wife (who is from Scotland) were getting married the following week in her home town. He told me that he always liked Elvis’ music, but didn’t really get into the scene until he turned 19. He makes regular pilgrimages to Graceland in between performing up and down the country at conventions and shows.

Elvis was the first true rock star. The word legend gets used a lot, but when someone can come along and spearhead a whole scene and inspire a whole generation of fans to go out and sing and make their own bands, that is truly legendary. His loyal legion of followers will pass down his music to future generations. His spirit and music will always be there, hence the name of the portrait series: Long live the King. 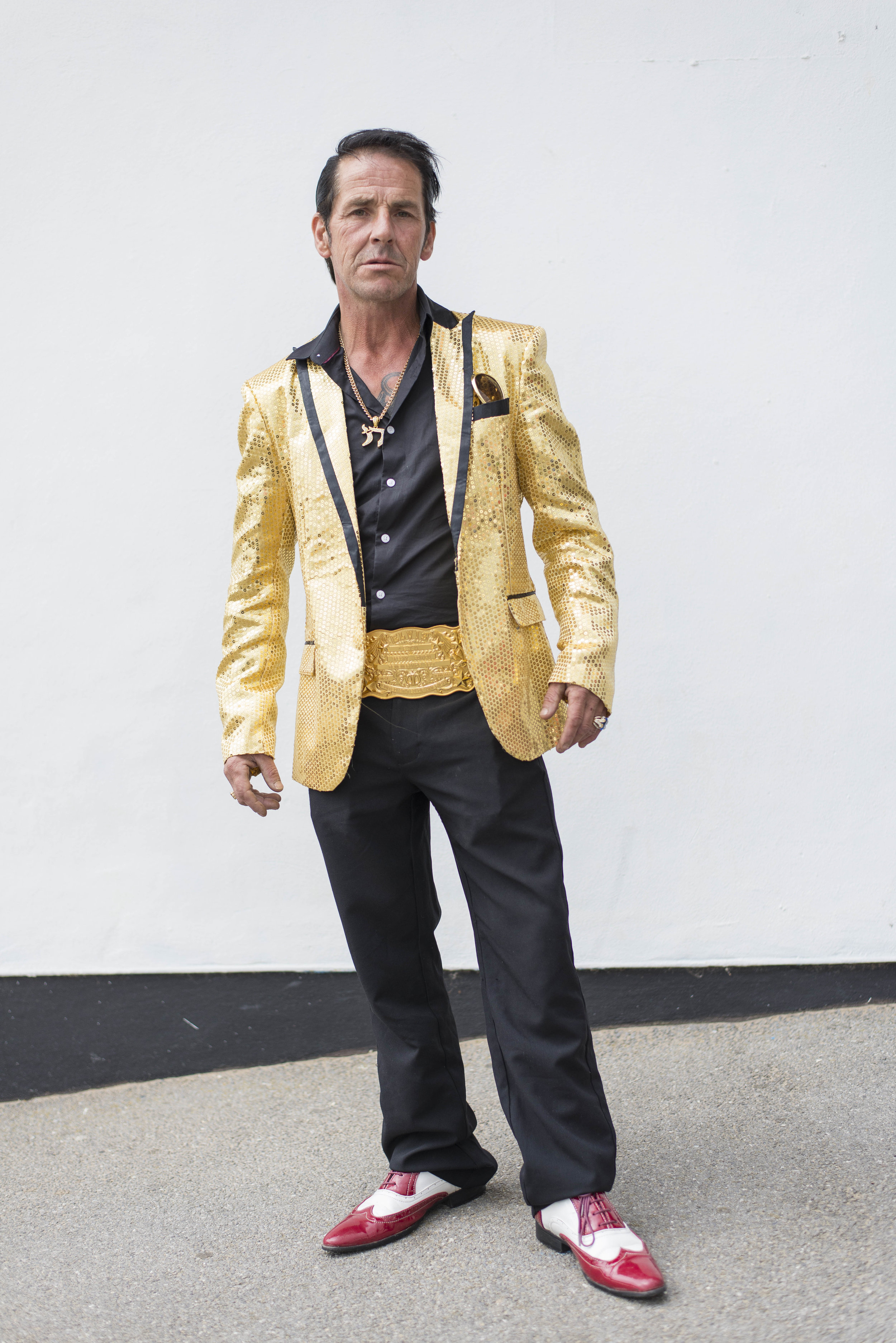 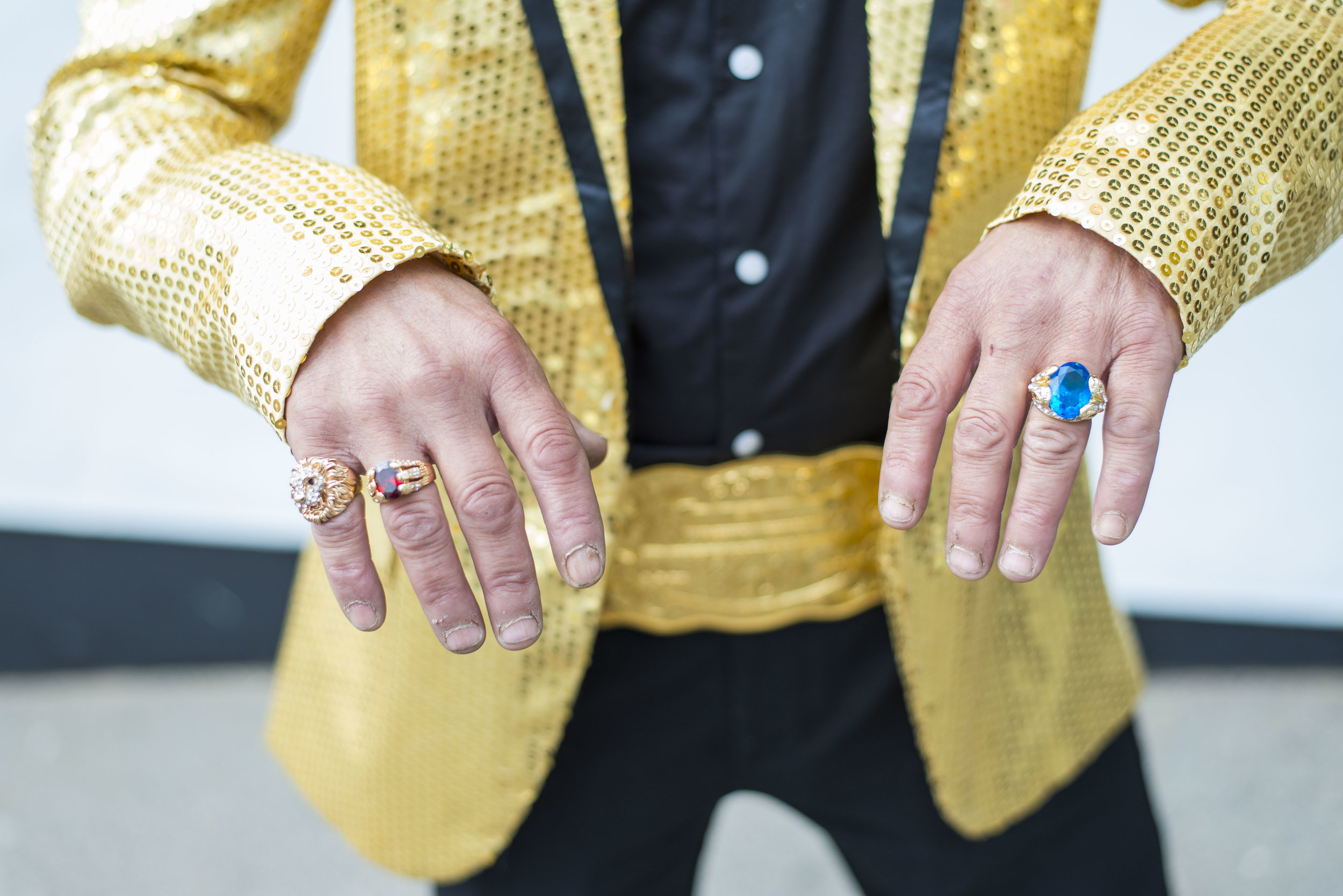 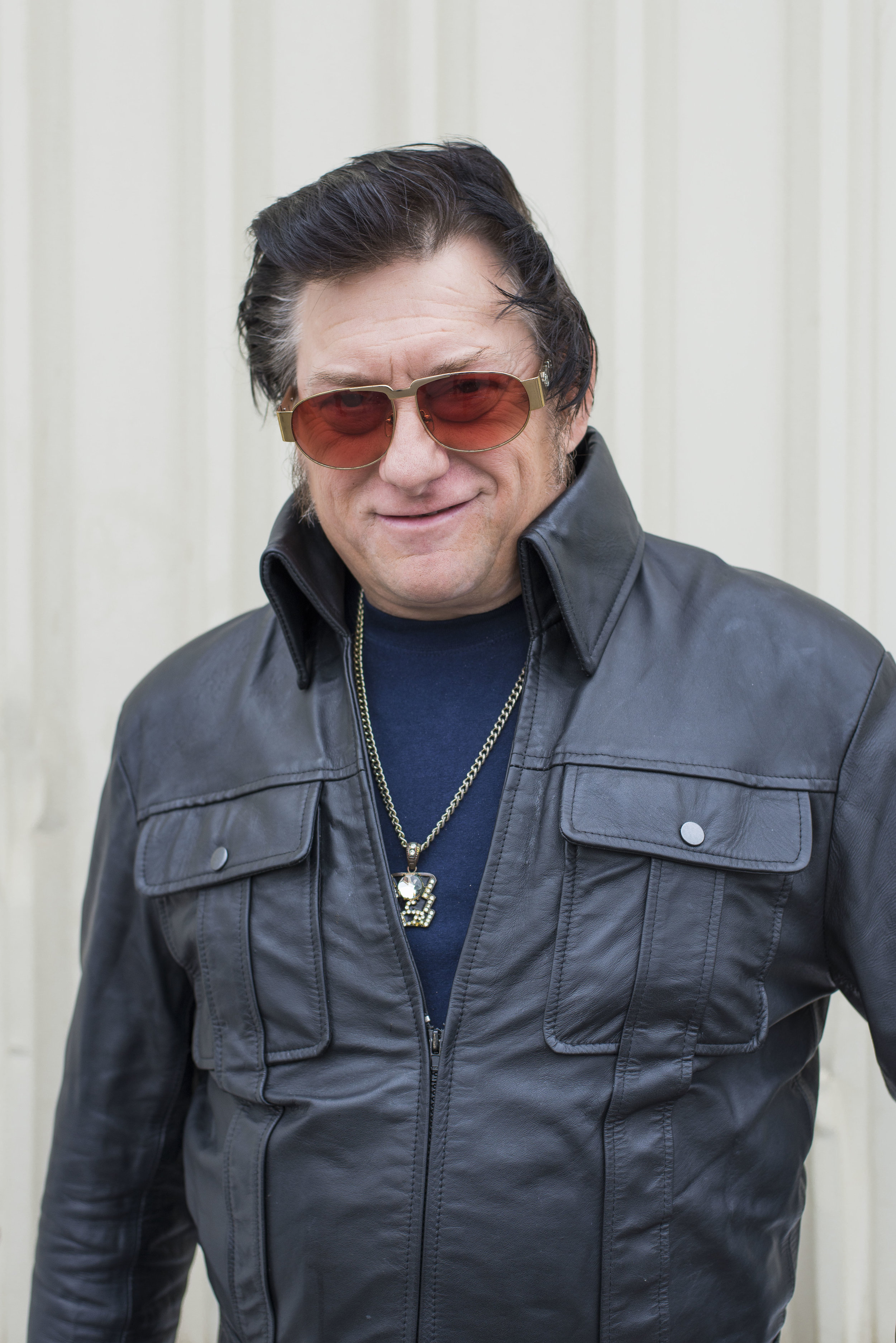 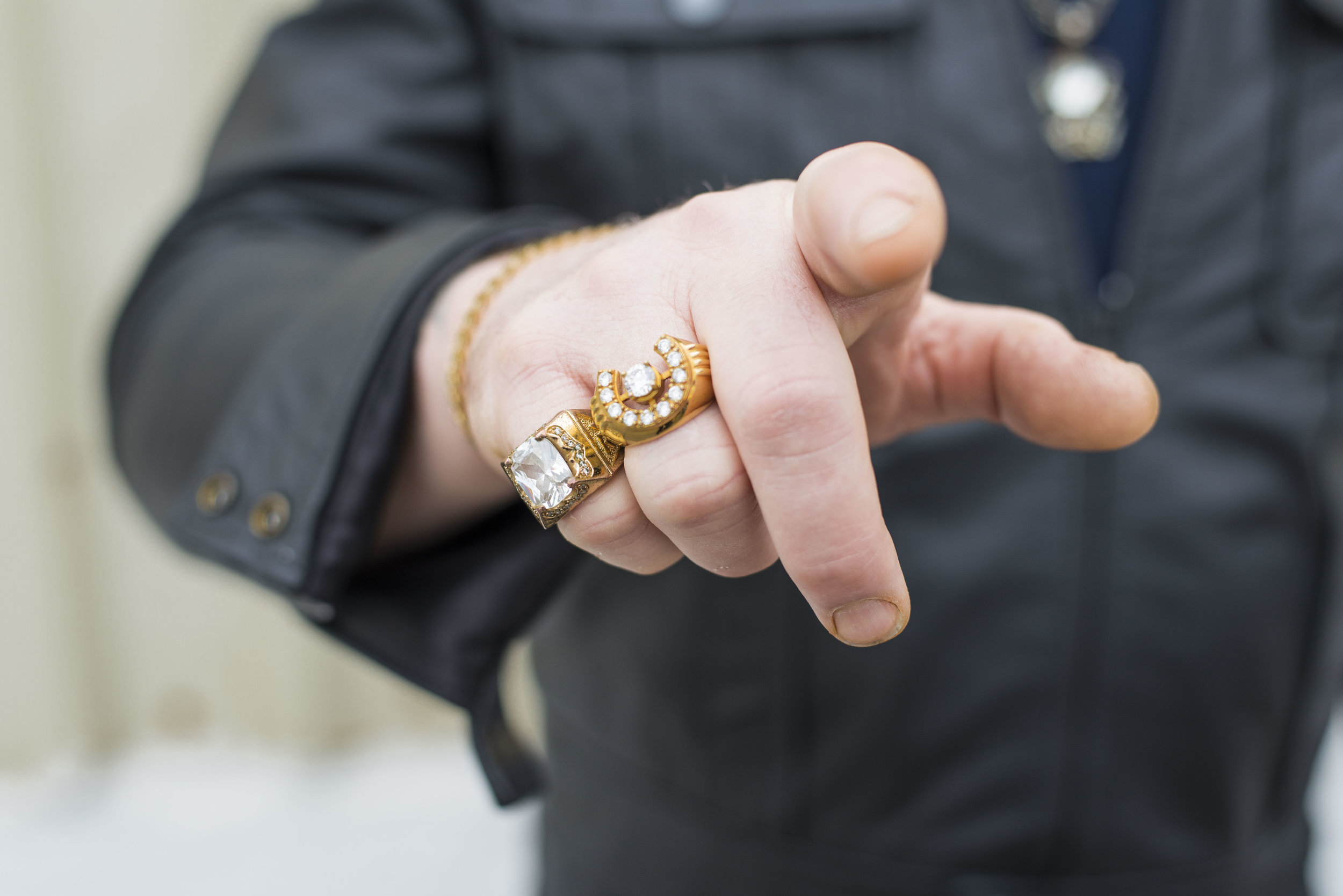 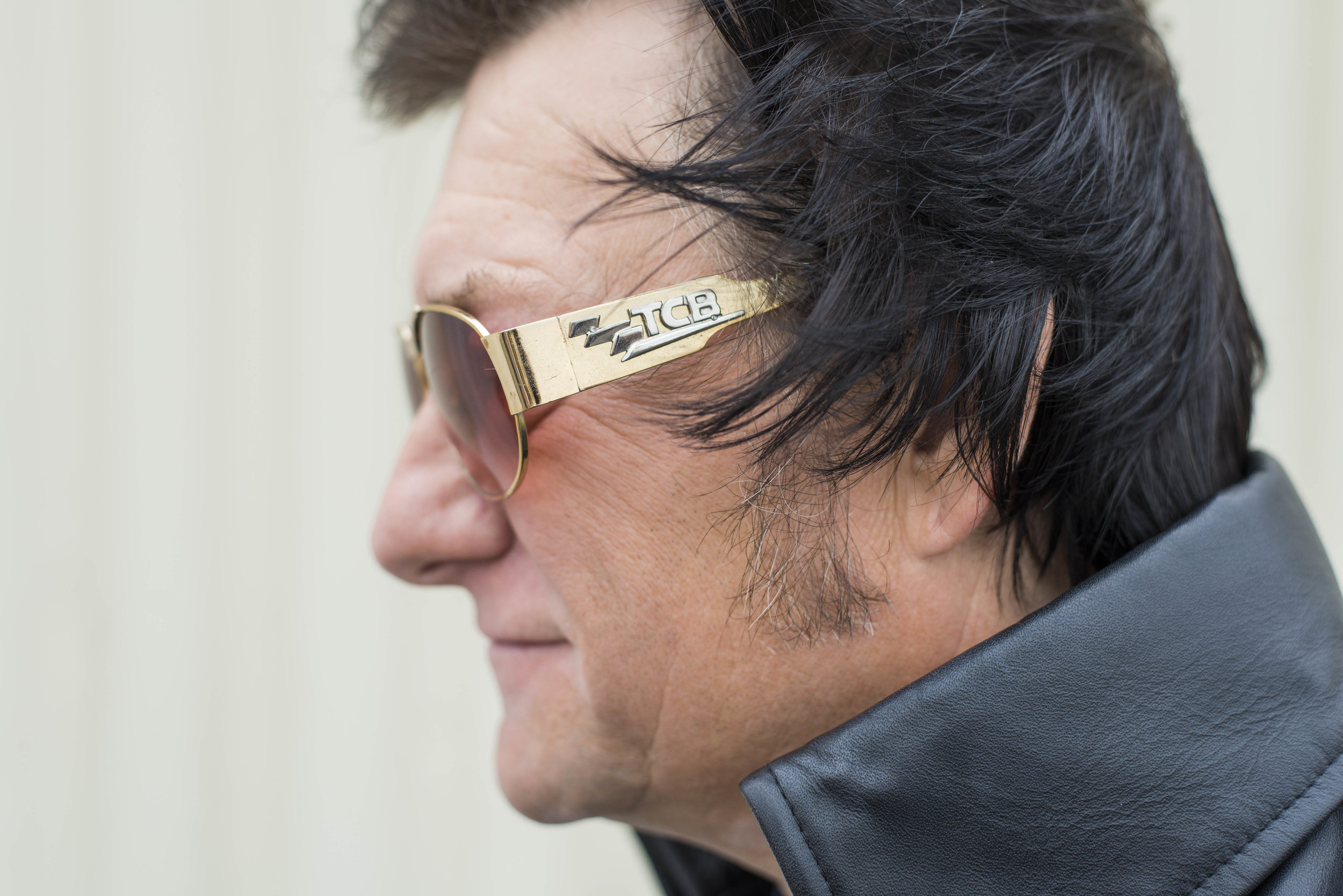 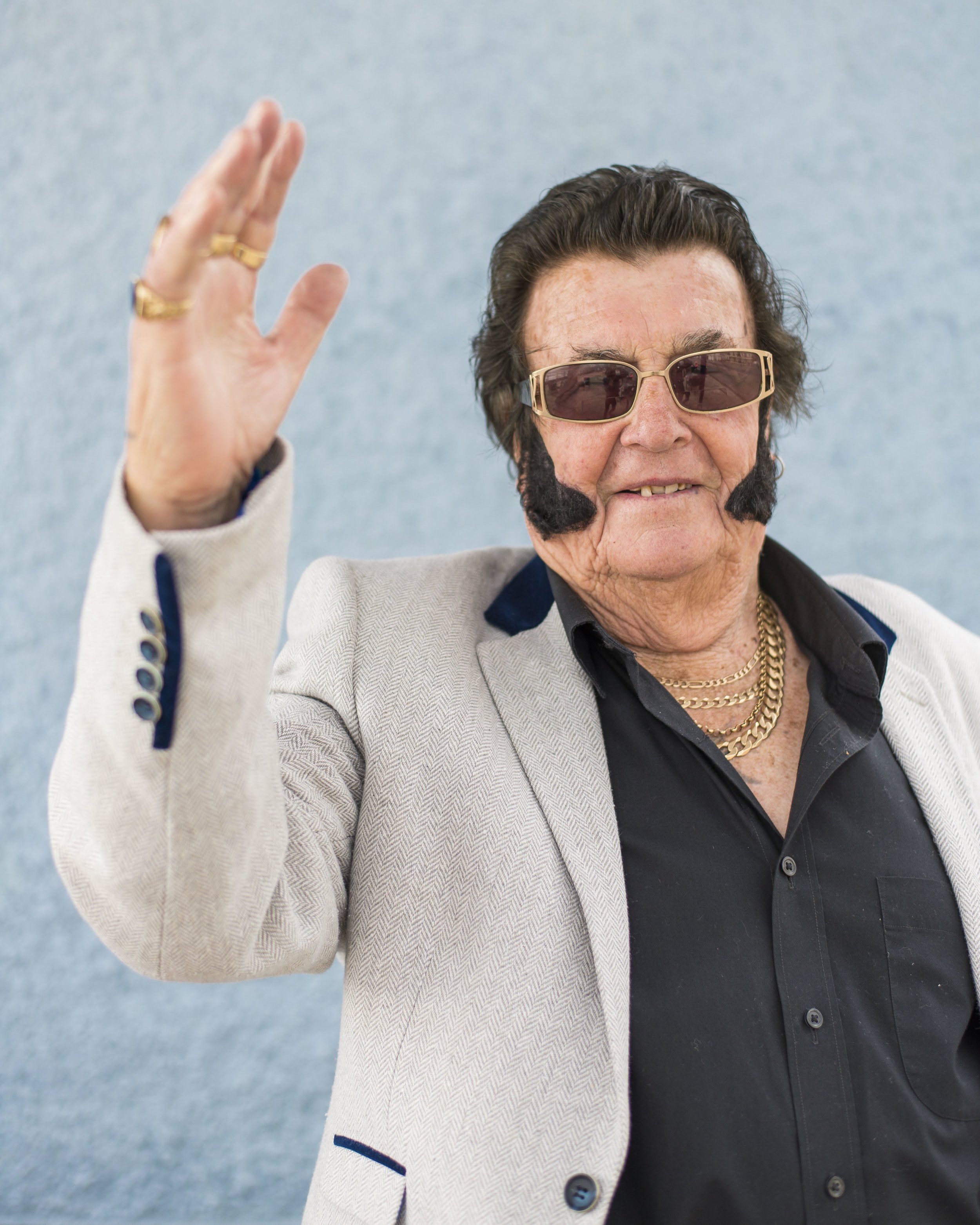 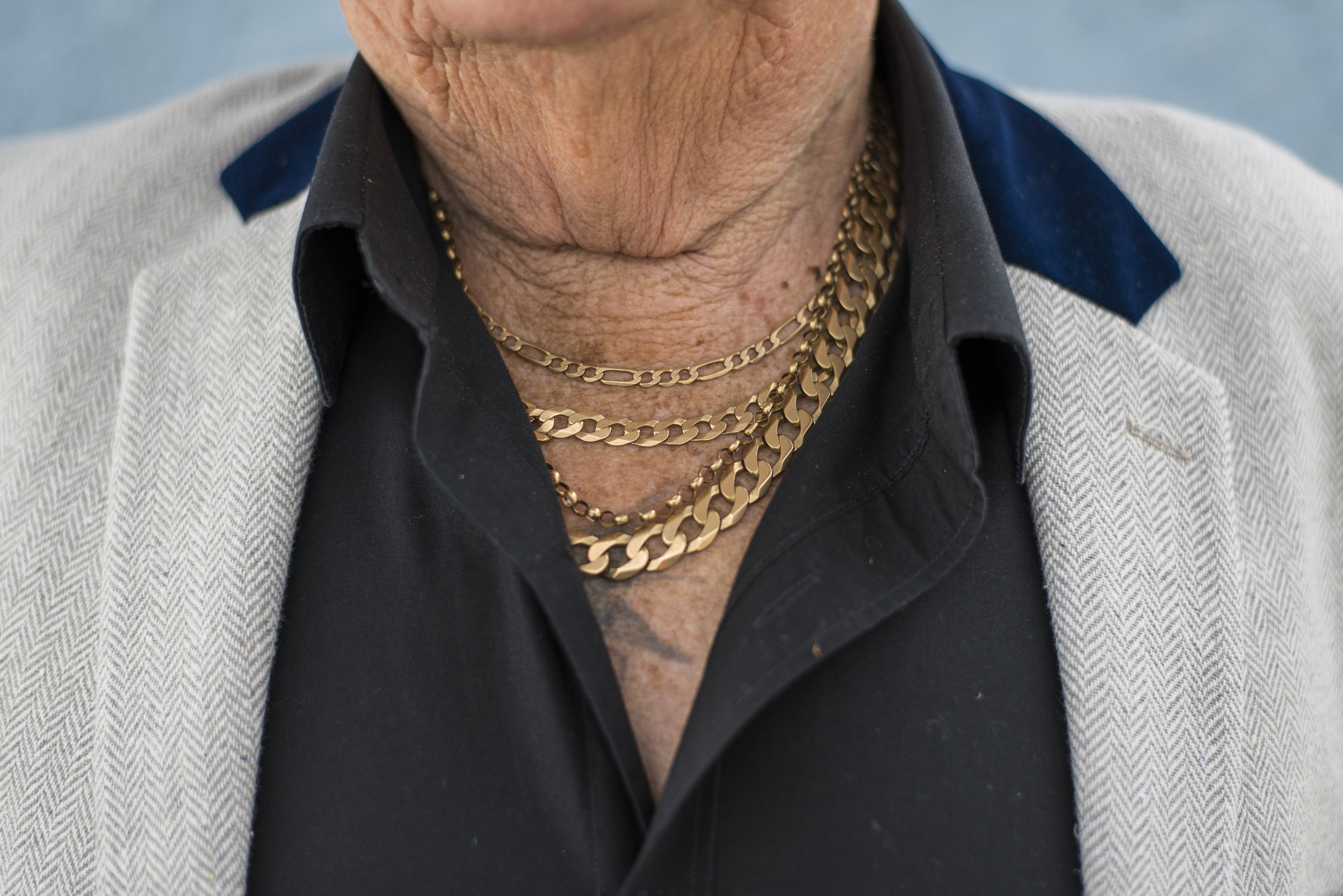 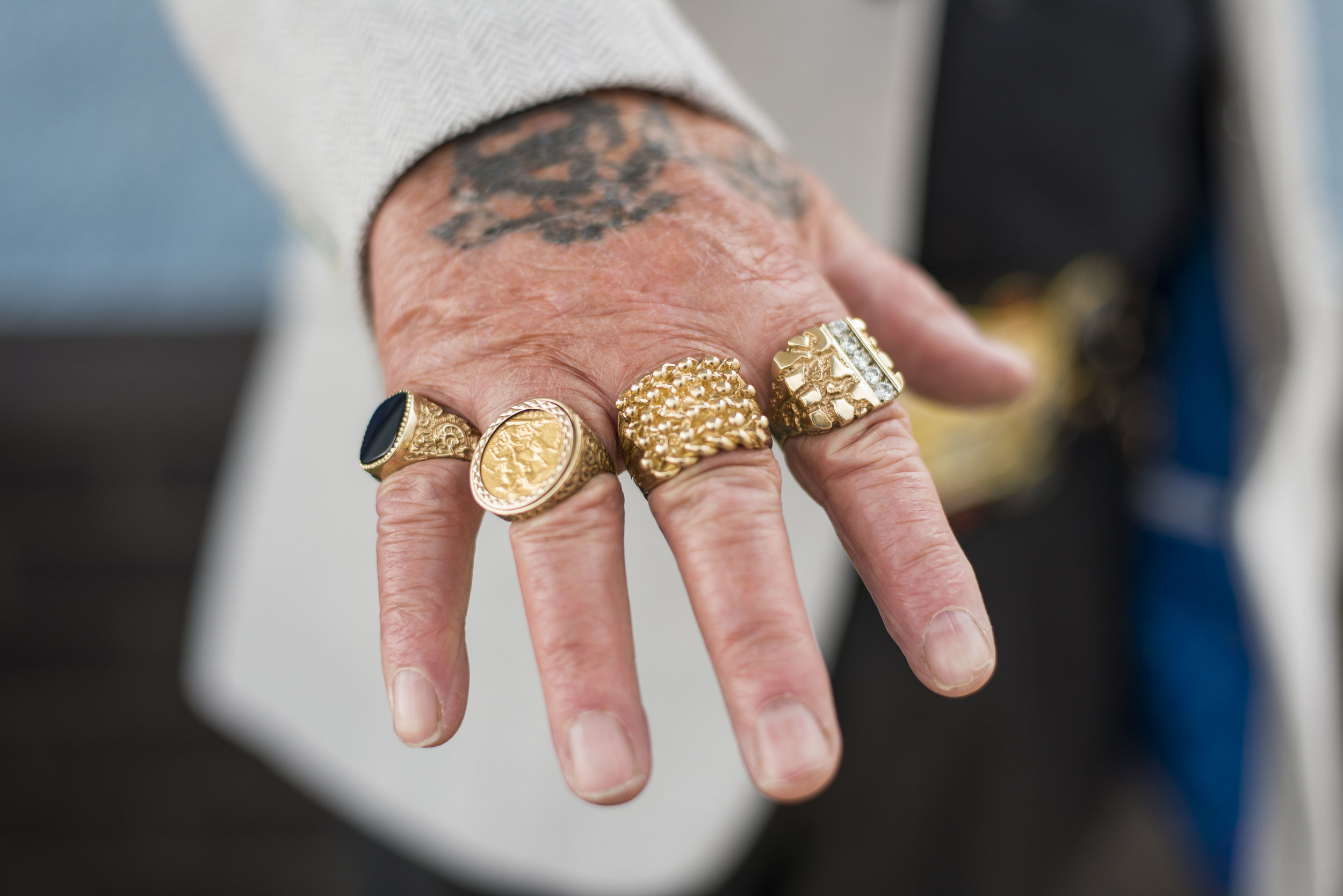 Linkedin
RELATED ARTICLES
OTHER ARTICLES
The author discusses her new memoir, which offers a sobering reflection on the racism and otherness she’s experienced along with a joyful celebration of her culinary heritage.
Yesterday, rail workers came together to protest poor pay, working conditions and job cuts in their latest round of strikes.
A sharp increase in officers armed with the electrical weapon is resulting in serious injuries and deaths.
To mark the premiere of his new documentary on surfing giant Gerry Lopez, the filmmaker and former pro skateboarder sits down to share his unique brand of wisdom.
Steel City is often overlooked when it comes to the country's cultural radar despite its role in shaping electronic music.
In the latest instalment of Photographers in Conversation, the creator talks portraiture, platforms and taking inspiration from Little Simz.