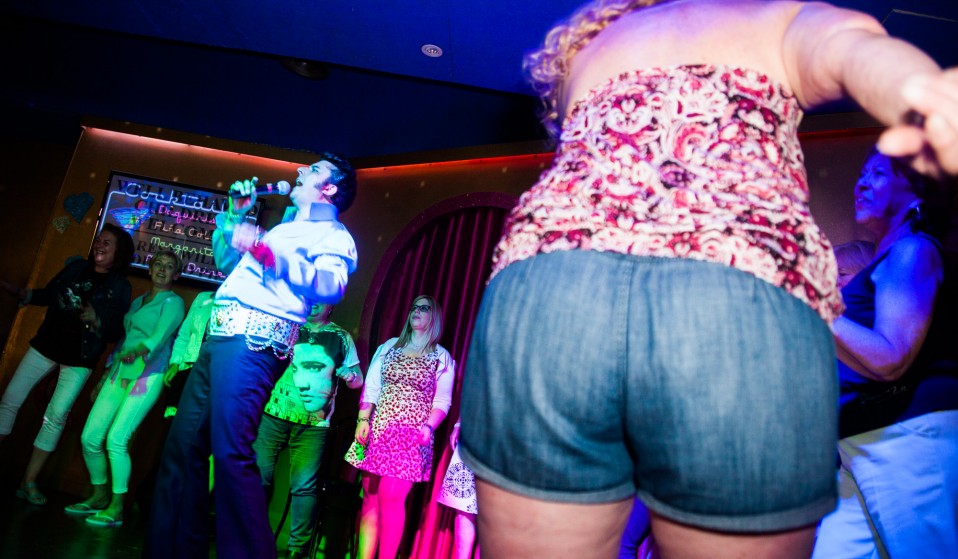 Photographer Stephen Roe spends a weekend with the rowdy ex-pats at Elvis Fiesta 2017: Benidorm's sangria-soaked celebration of the King.

Photographer Stephen Roe spends a weekend with the rowdy ex-pats at Elvis Fiesta 2017: Benidorm's sangria-soaked celebration of the King.

I was asked to delete a photograph by a humongous, topless, tattooed-to-the-hilt, leathery man whom I’d say was anywhere between the ages of 35 and 80. Donning his pair of cheap sunglasses emblazoned with St. George’s flag lenses and a rich Geordie accent, he very politely shared with me his concerns over said photograph revealing his whereabouts to Crimewatch…

Understandable I thought, as I pretended to delete the picture, before leaving to photograph the myriad other characters who populate the sunny resort of Benidorm in the south-east of Spain. 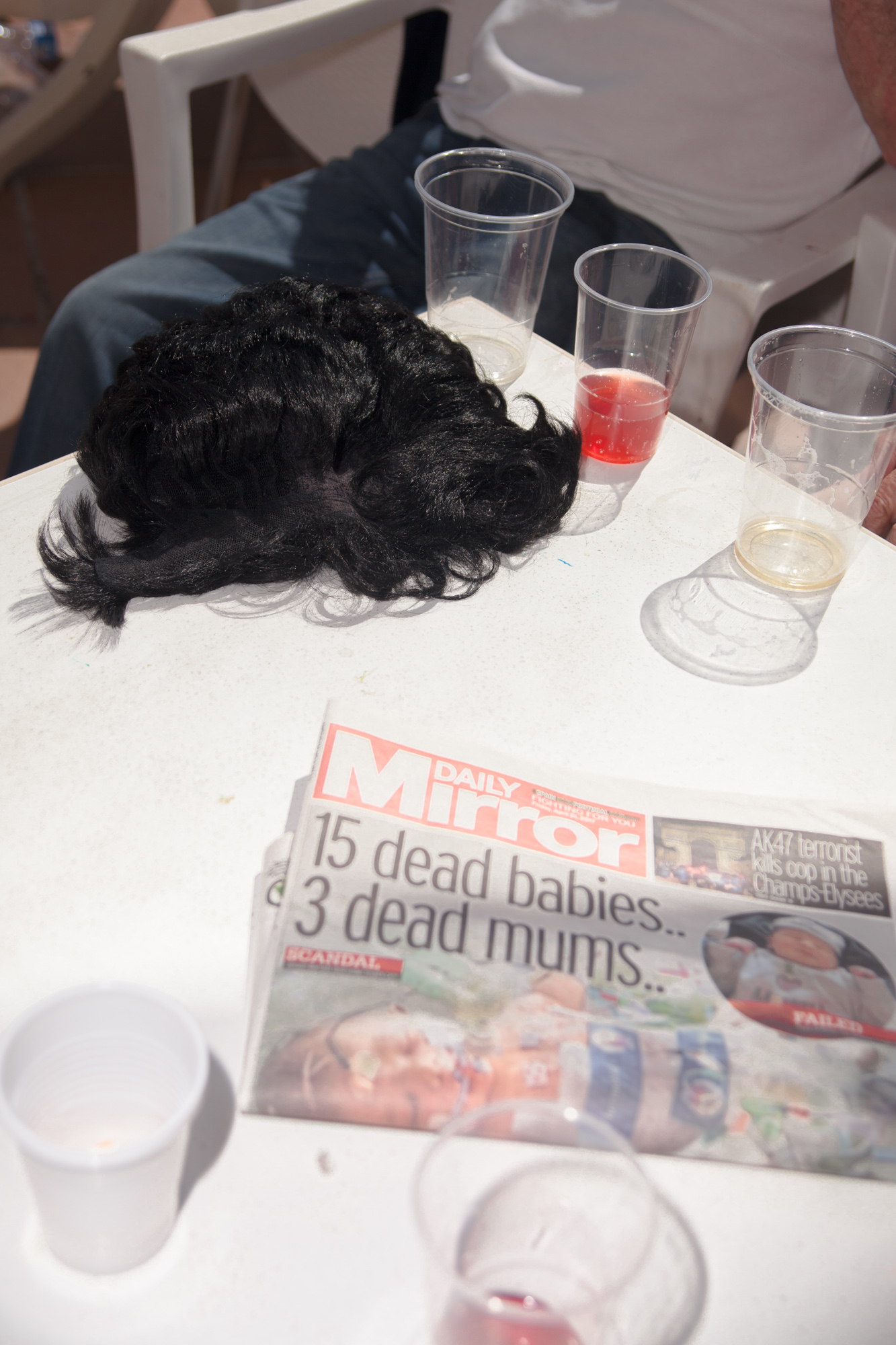 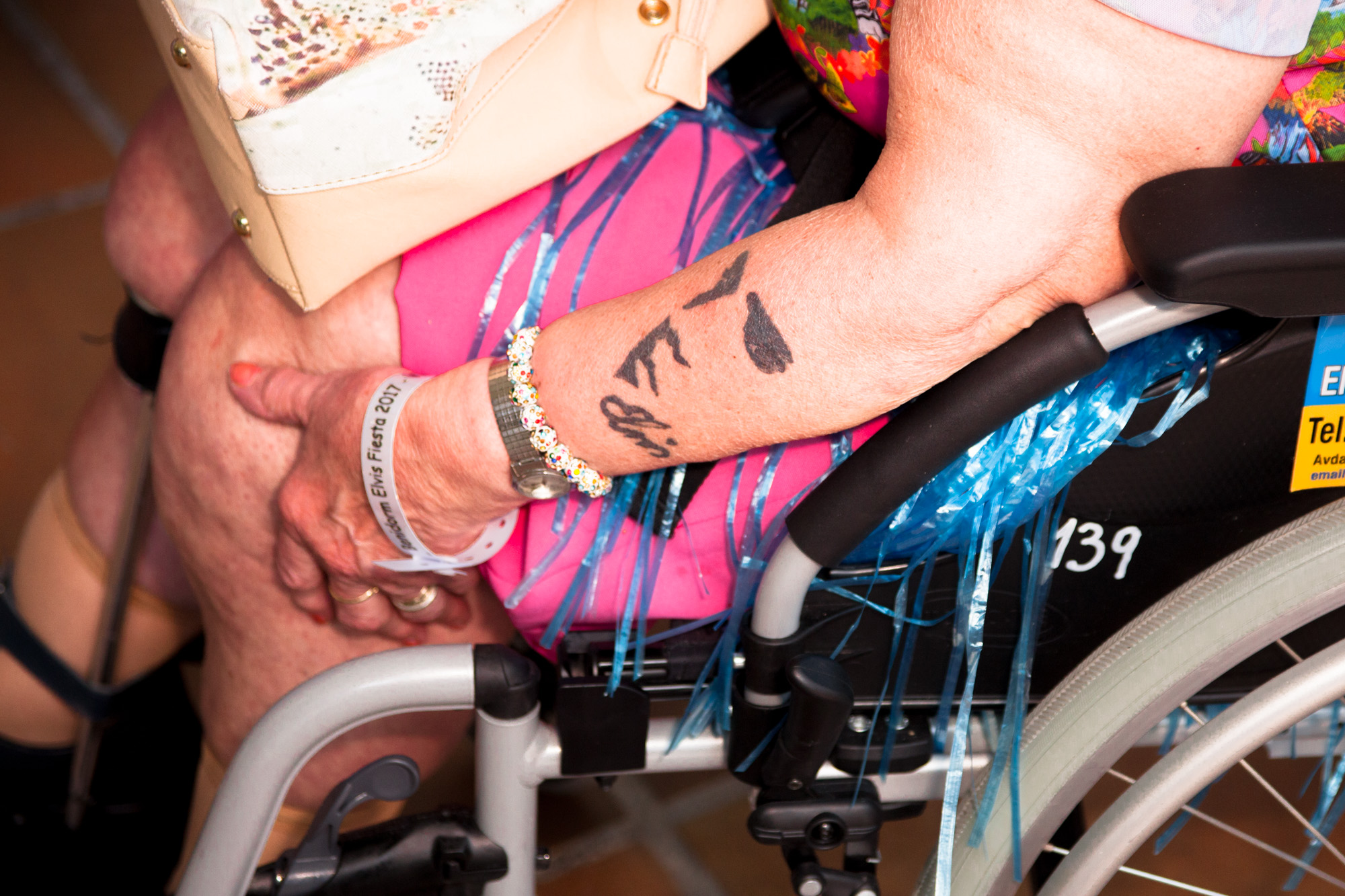 Benidorm has a bit of a reputation for hosting boozed-up Brits abroad: “English” pubs down every side street, stags and hens out on the lash. From the moment I stepped onto the plane at Gatwick, and for the full four days I was there, I saw very little to dispel that notion.

So while I’m sure that Benidorm is steeped in history and Spanish culture, somewhere, I think I struggled to leave the British part of town. Not that I was really trying, if I’m deadly honest, because I’d heard rumour that Elvis was in town for the weekend. Well, sort of.

The Elvis Fiesta in Benidorm has now been running for 7 years, masterminded by a bloke named Peter Phillips who also organises the long-standing Porthcawl Elvis Festival in Wales, the biggest in Europe. The Fiesta essentially takes over five or six venues in Benidorm over a late-April weekend, and this year featured 13 Elvis tribute acts. 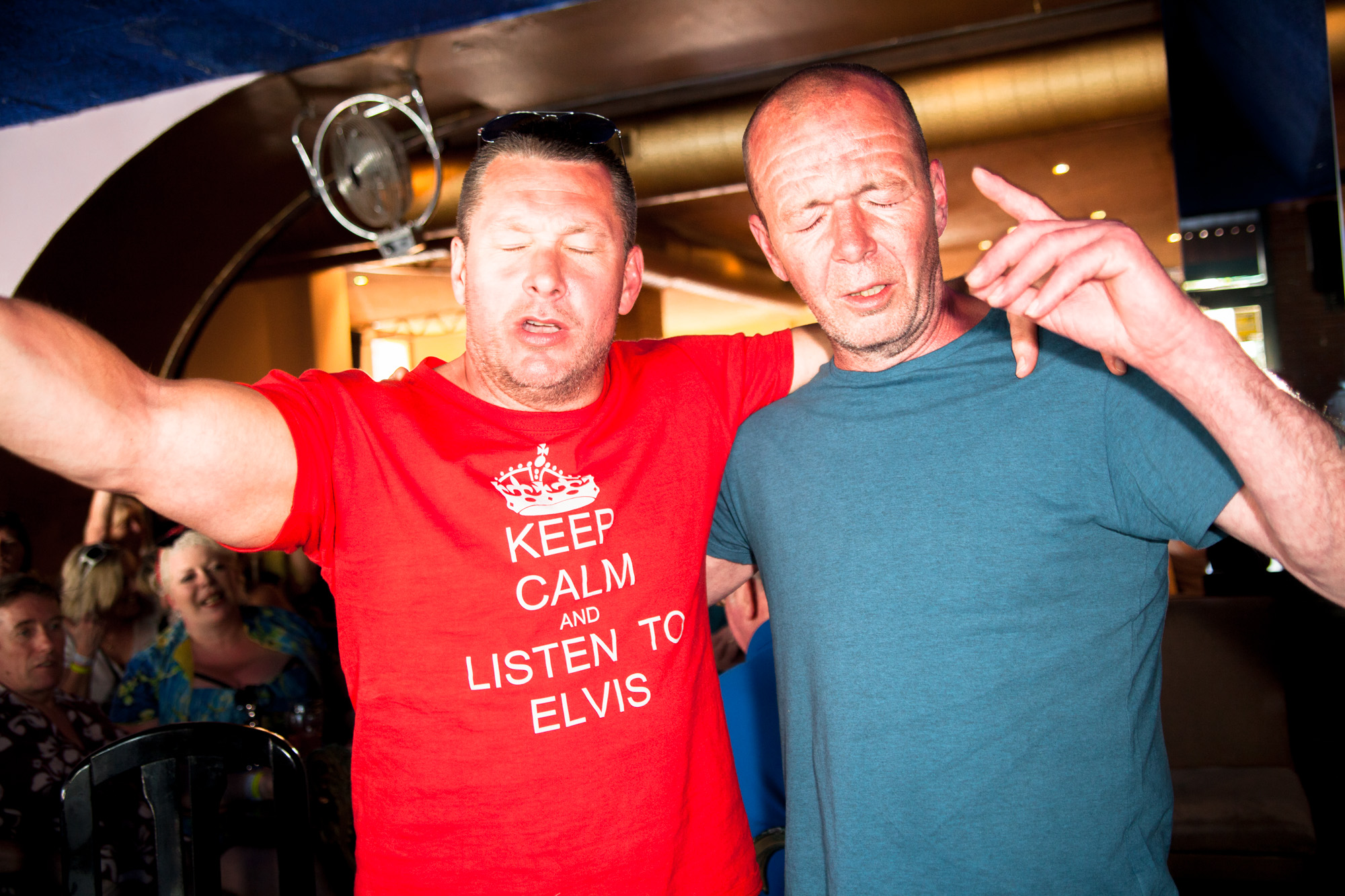 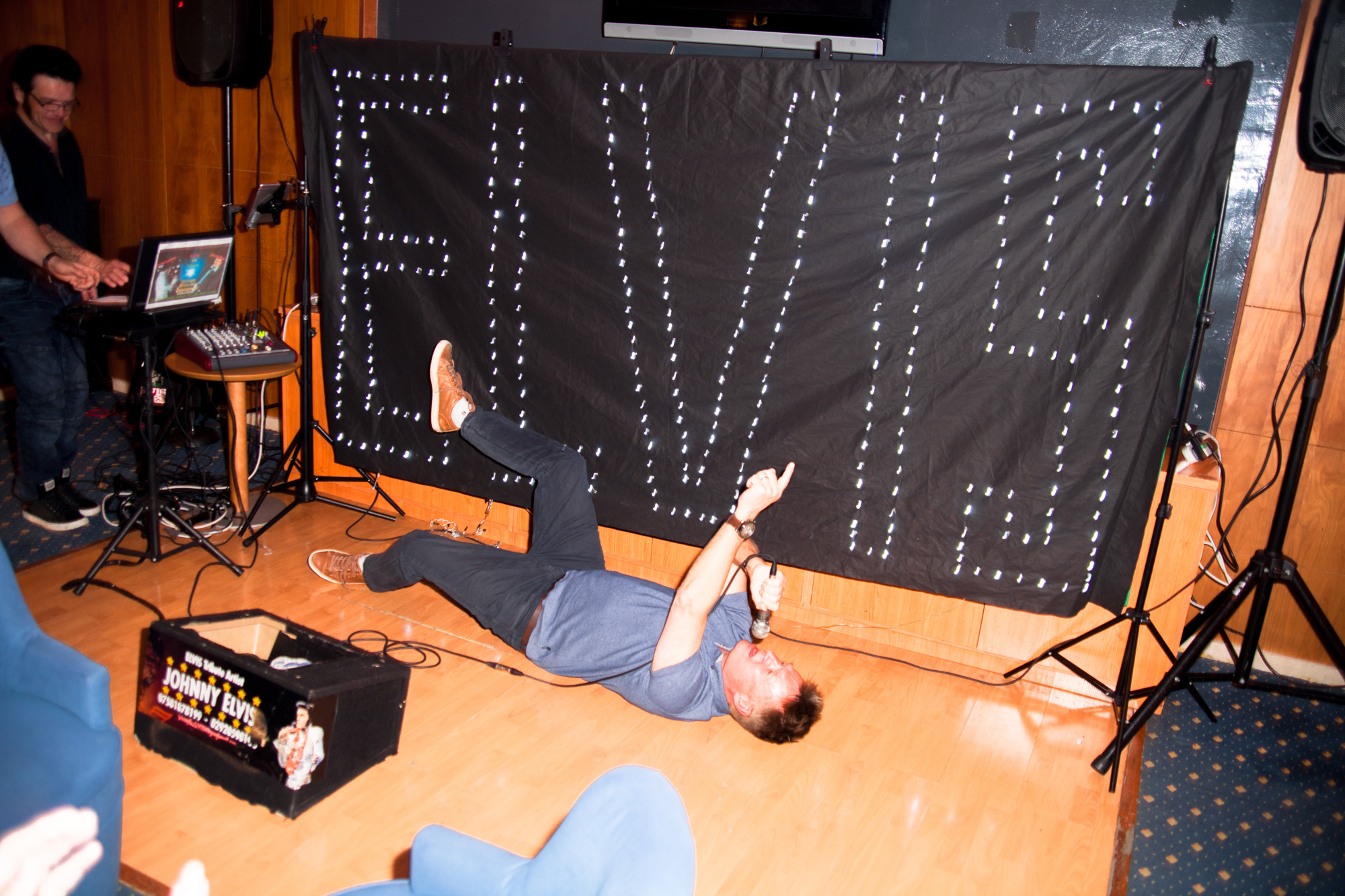 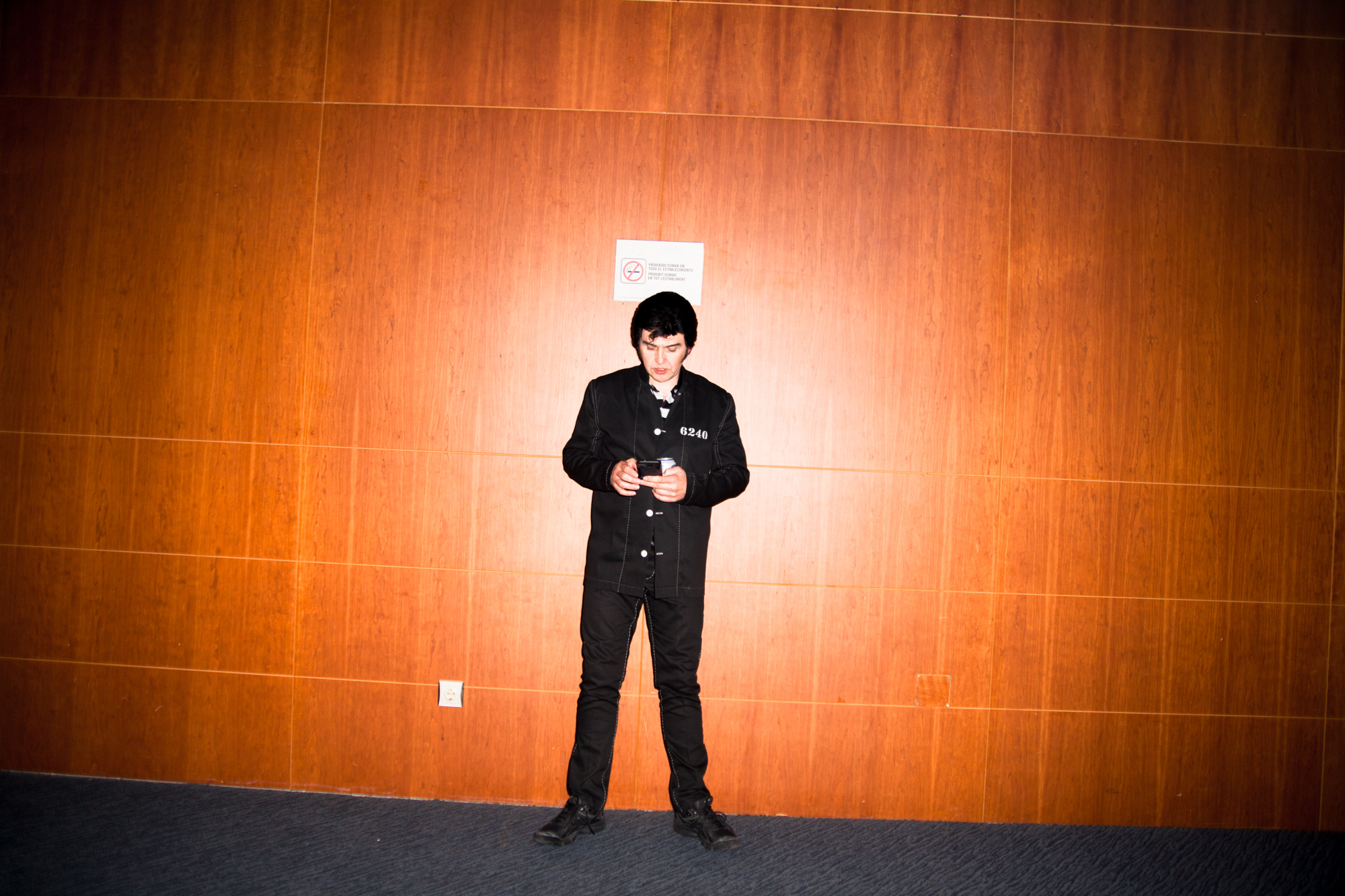 This provided pissed punters with almost non-stop access to live Elvis tributes for 14 hours each day, generally until about 4am. That’s a lot of bloody Elvis. With this year marking the 40 year anniversary of Elvis’ death, I figured it was a good excuse to see the carnage firsthand.

The tribute acts for the most part hailed from the UK, ranging from Benidorm veterans to Costa Blanca newcomers young and old, each covering a different era of Elvis’ career.

Take 20-year-old Michael Glaysher, who isn’t old enough in appearance yet to slip into the jewel-laden white leather cat suits. He’s got the younger, slicker version of Elvis perfected. 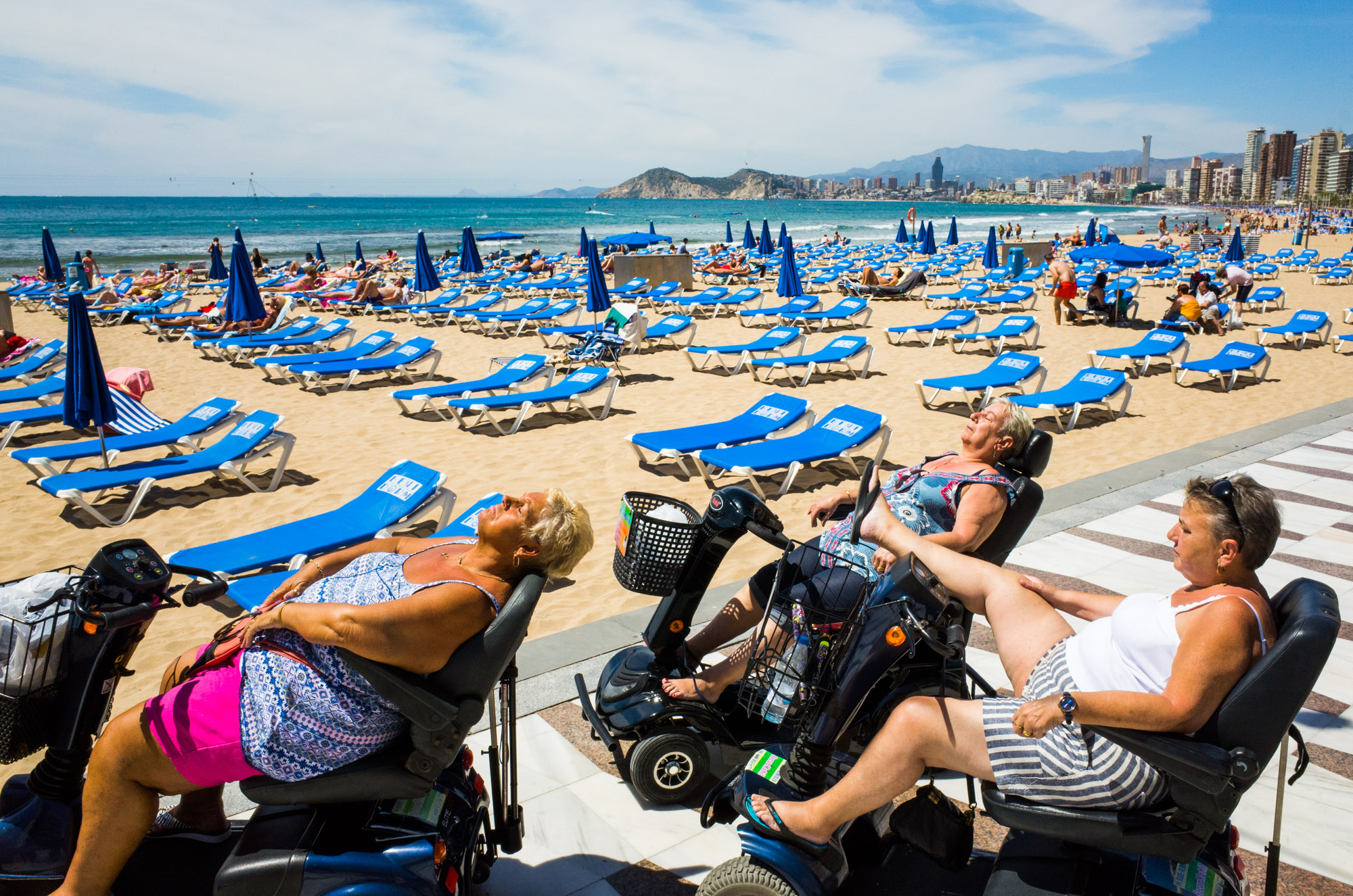 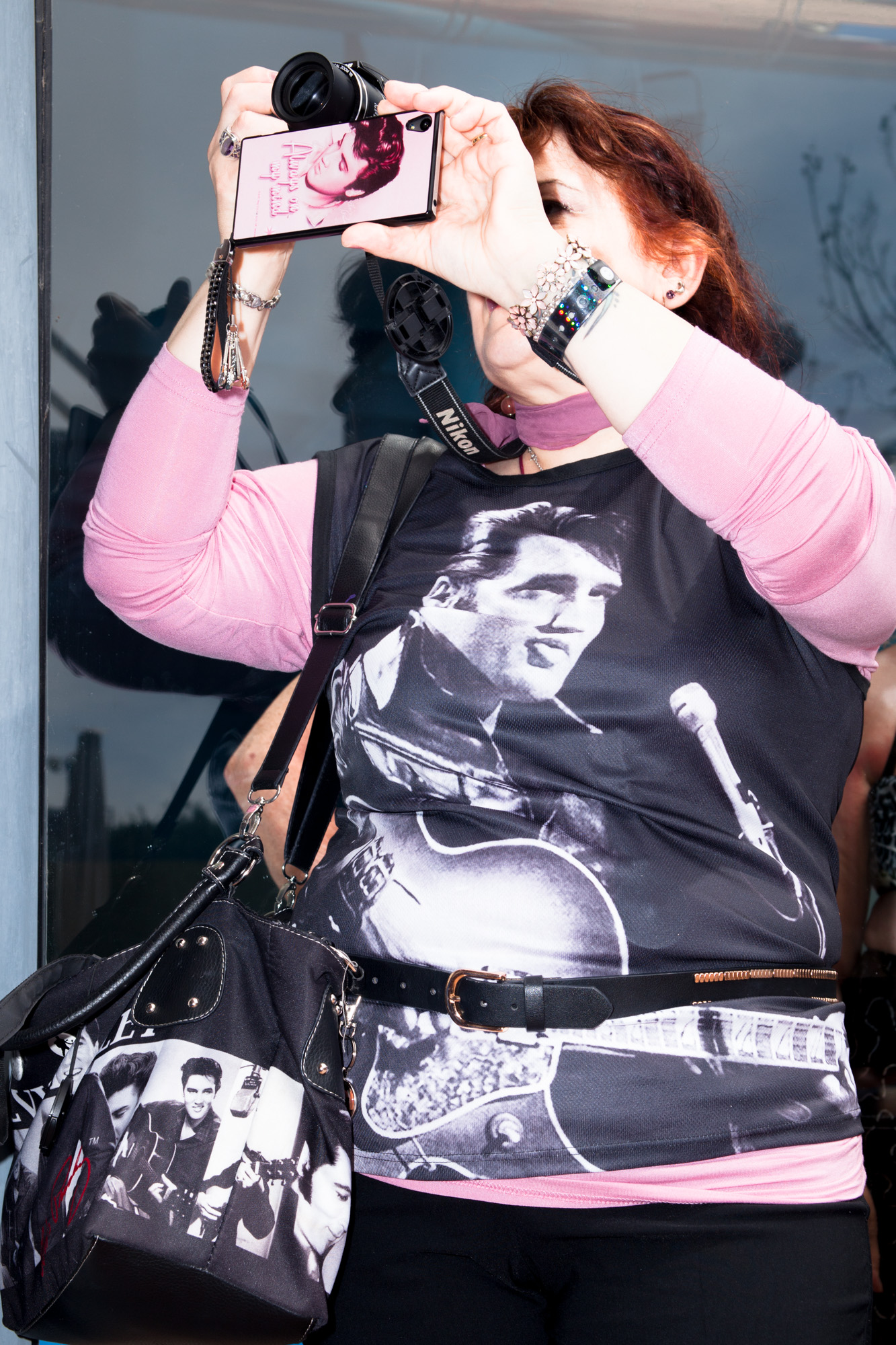 I didn’t just learn about Elvis during my time in Beni, there were also a few lessons to be learnt about booze. First of all there’s a lot of it, and it’s very, very cheap. As in €1 for a pint type of cheap. On the Saturday evening let’s just say that I indulged myself a little too much, a fact I was constantly reminded of the following day by my new middle-aged best mates.

“Oh, my head is terrible, thank you very much… and how do you know my name!?”

There was a lot of love in the air through the whole event; not only the shared love of Elvis, but between one another. I found myself to be one of the youngest people at most of the venues, perhaps an entire generation younger than 95% of the crowd. Maybe it’s something to do with that, or maybe it was just the booze, but I’ve rarely felt so welcome in a place. 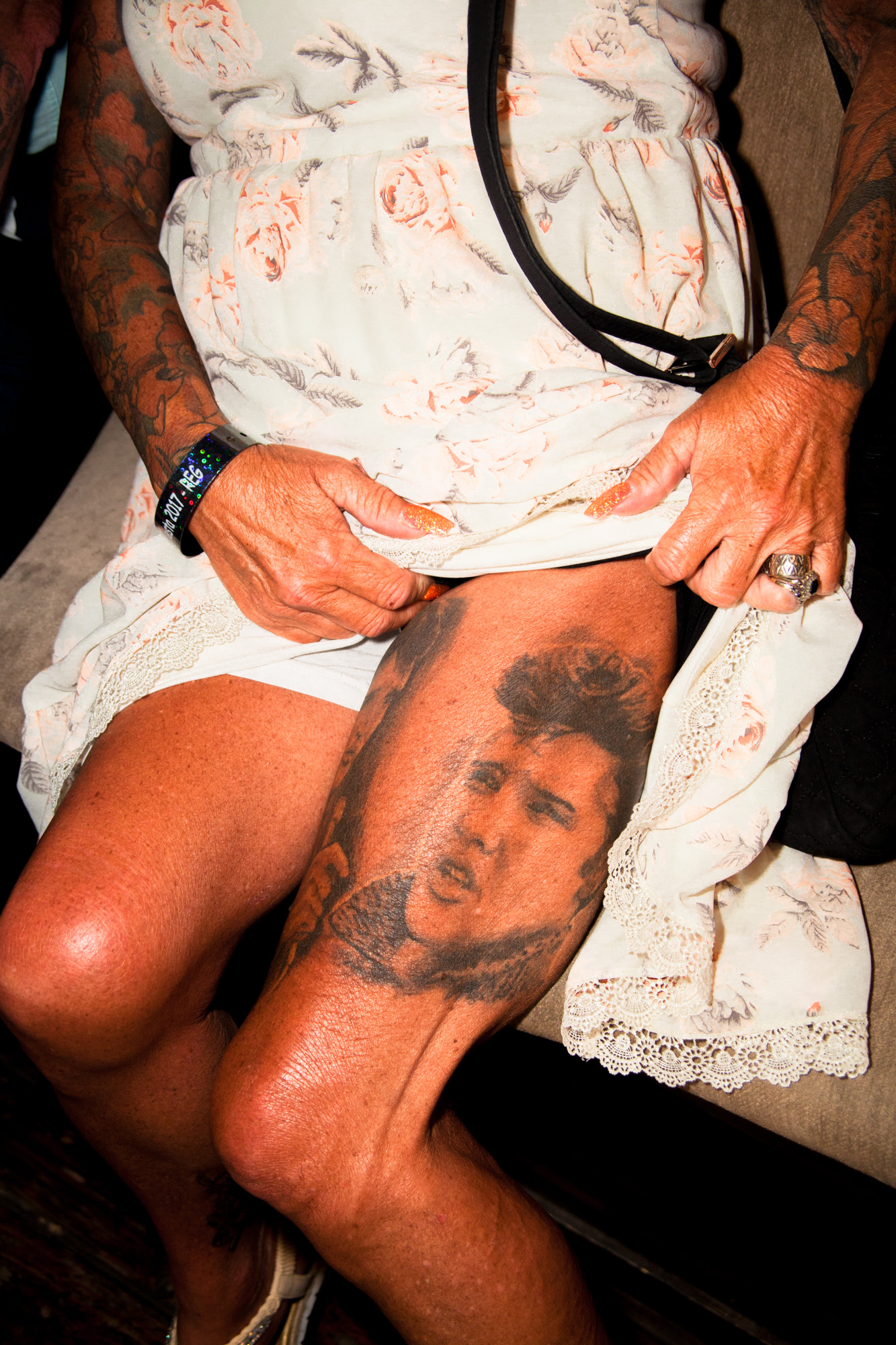 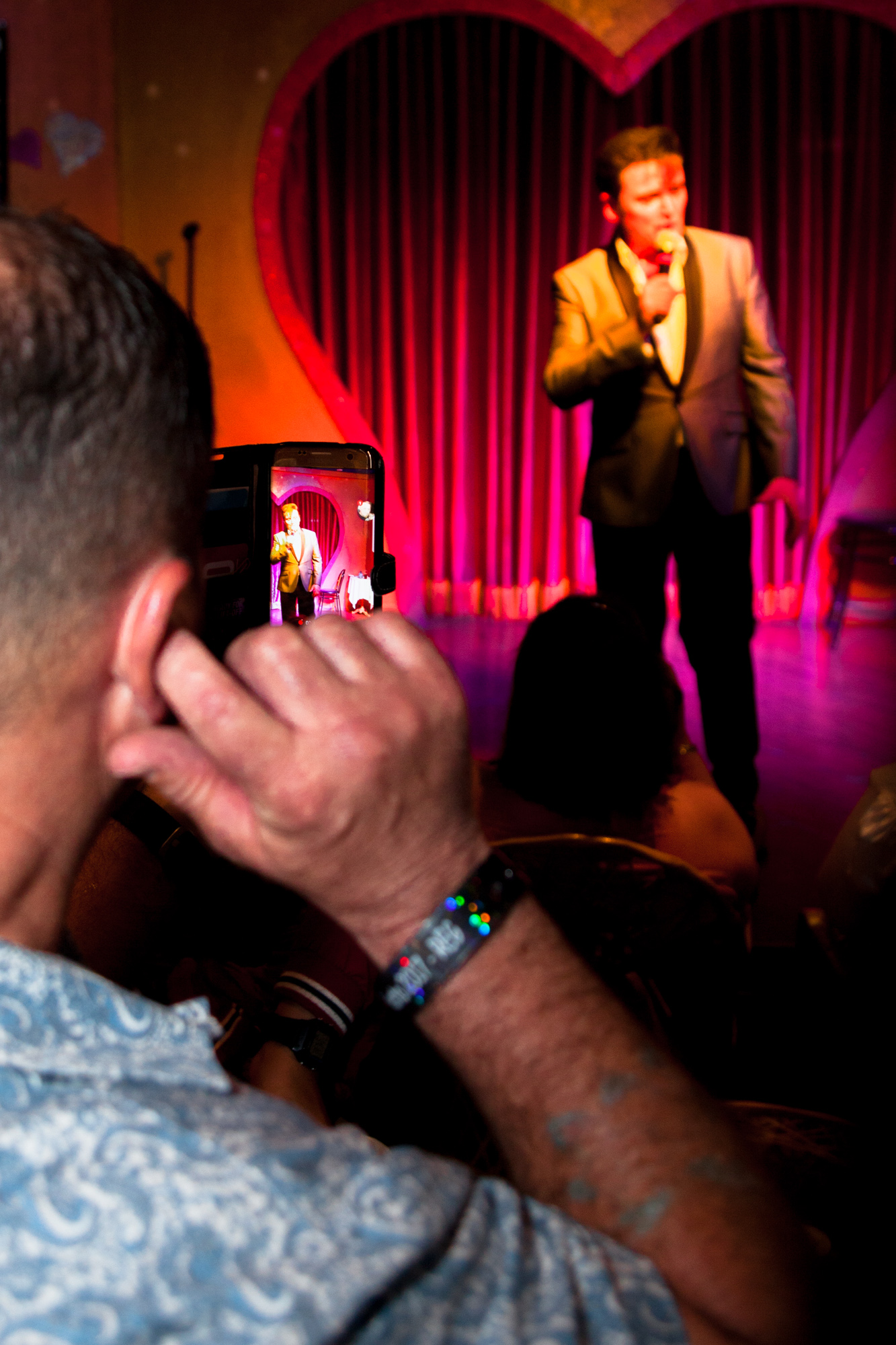 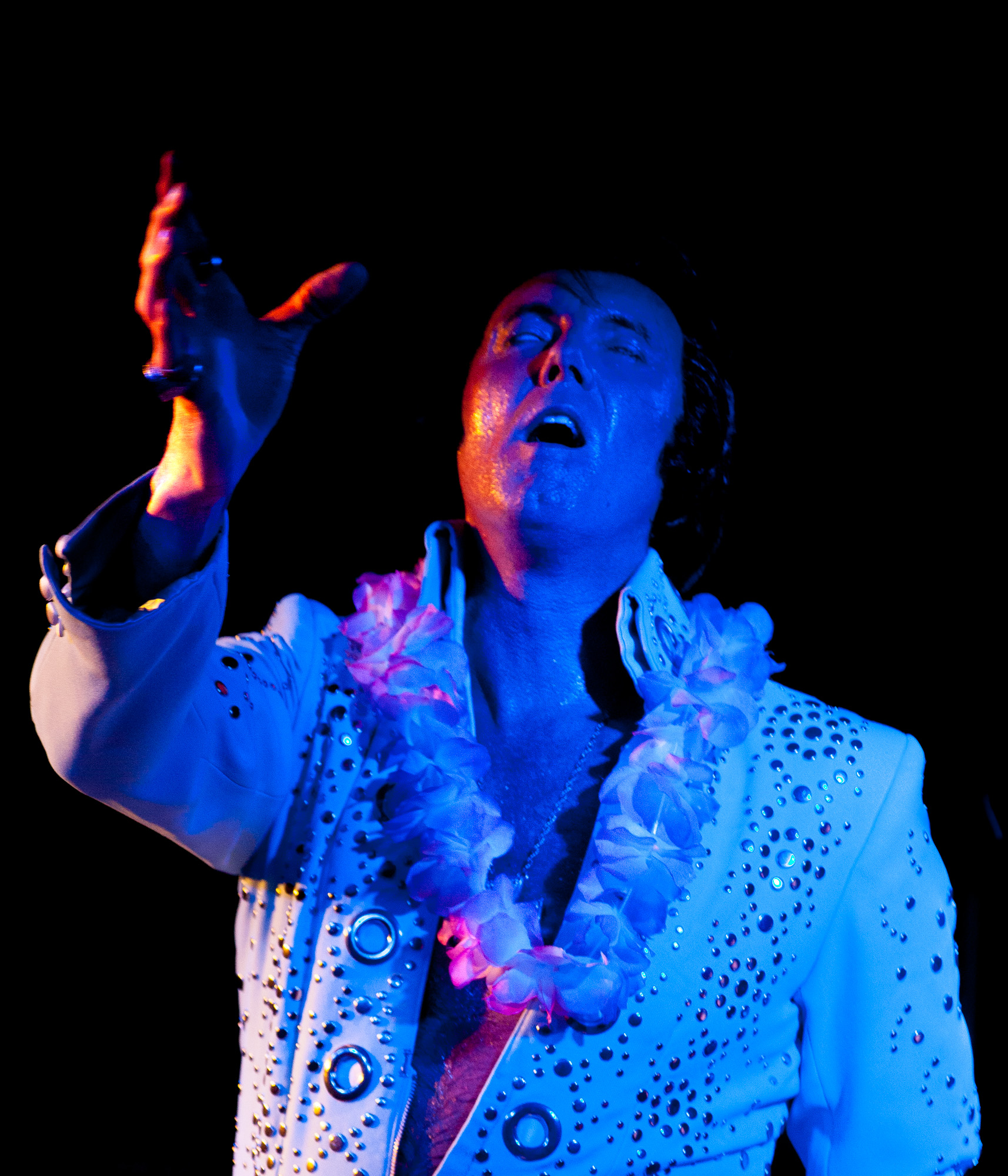 Everything culminated on the Sunday night with the biggest Elvis show ever held in Europe, a sort of reenactment of the big man’s Las Vegas shows towards the end of his career.

I have to hand it to everyone involved that the event was actually pretty special. Tears were flowing, women who could very well be your mother scrambled over one another to get to the front of the stage, screaming their heads off and reaching out for King.

The final moments saw all of the weekend’s acts on stage together as the crowd sang together in unison. Arms were held aloft in the air, hand holding hand as the crowd swayed slowly from side to side. It might have been quite emotional, but then again it might have just been the booze. 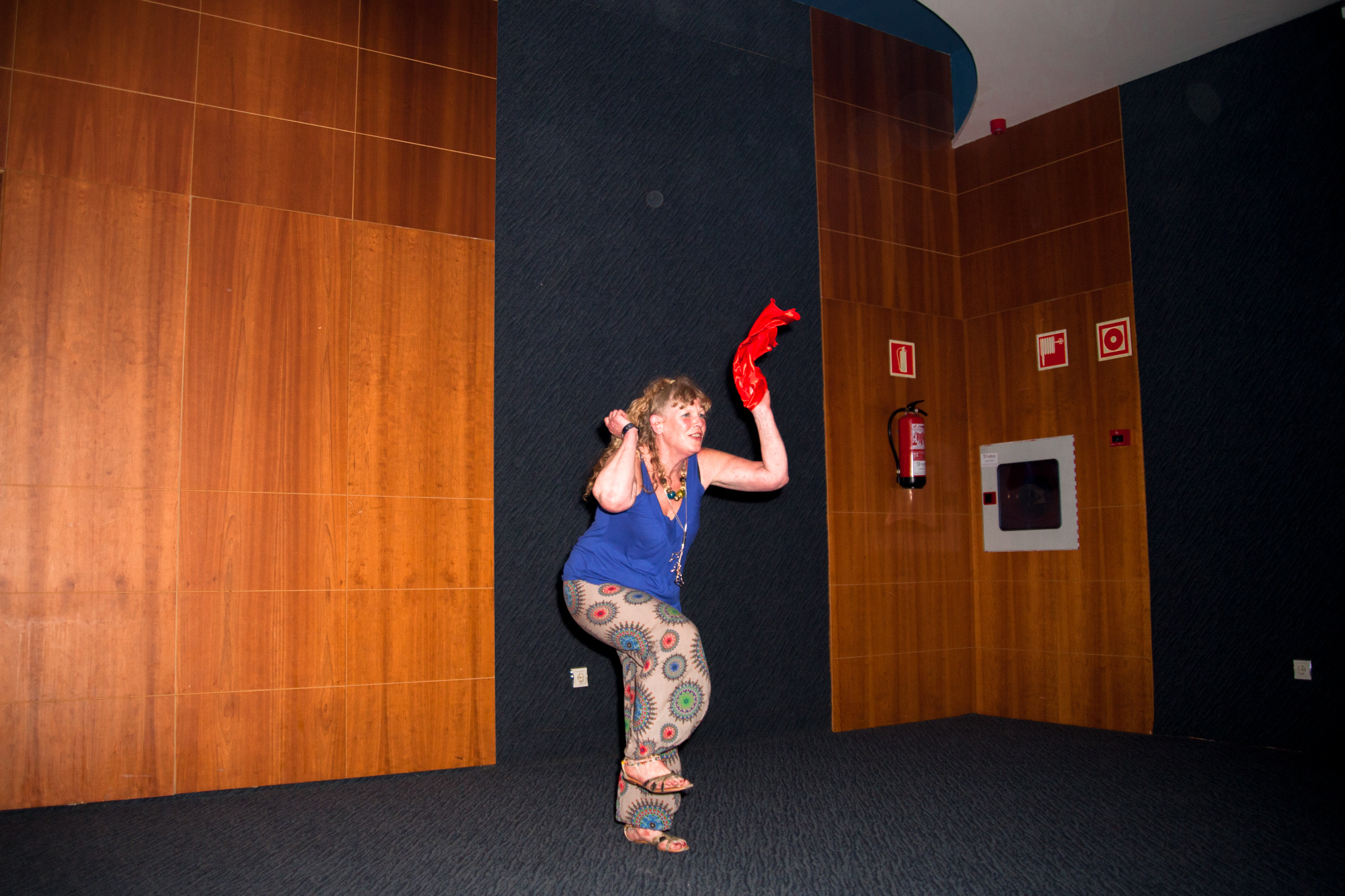 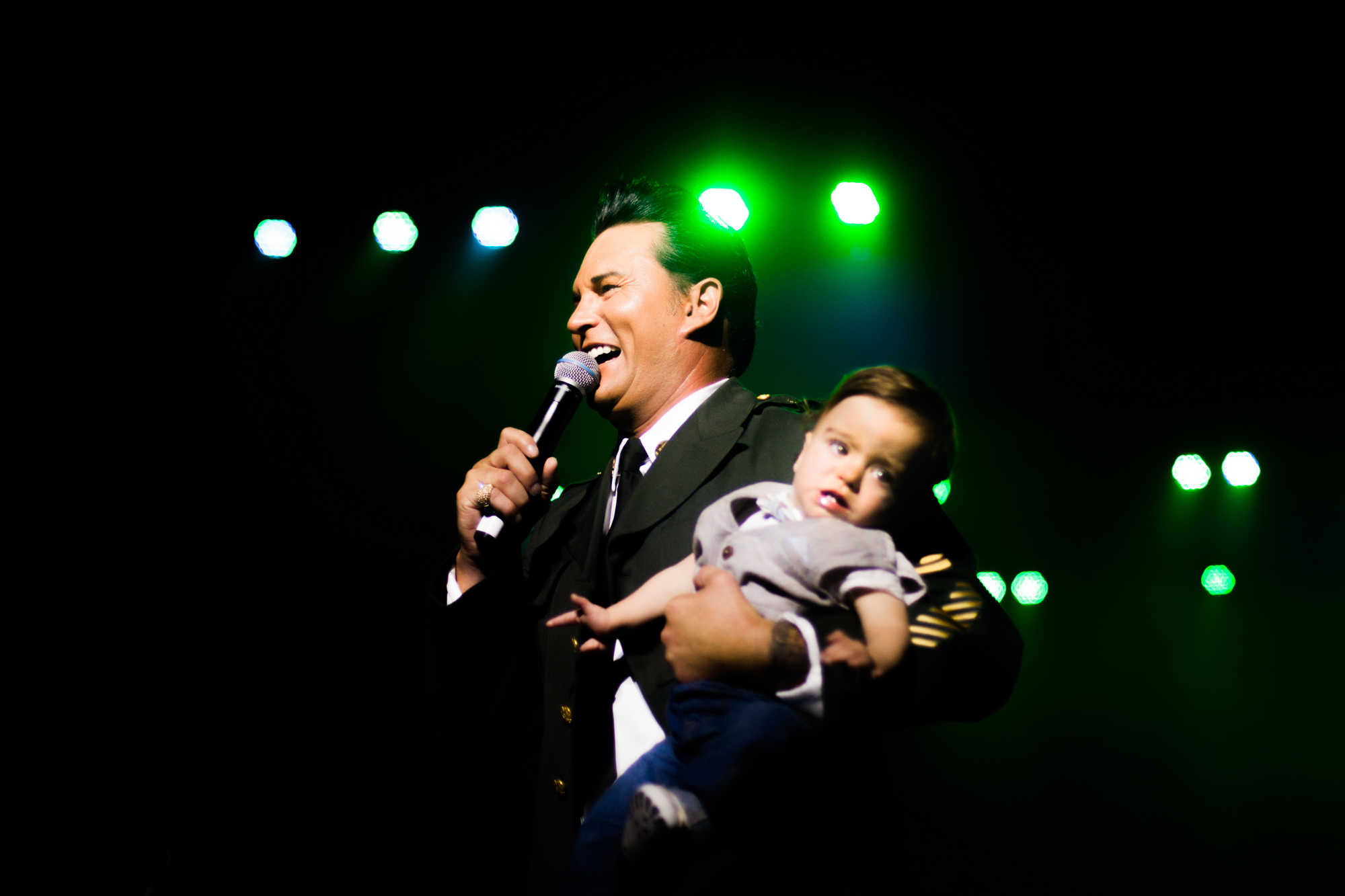 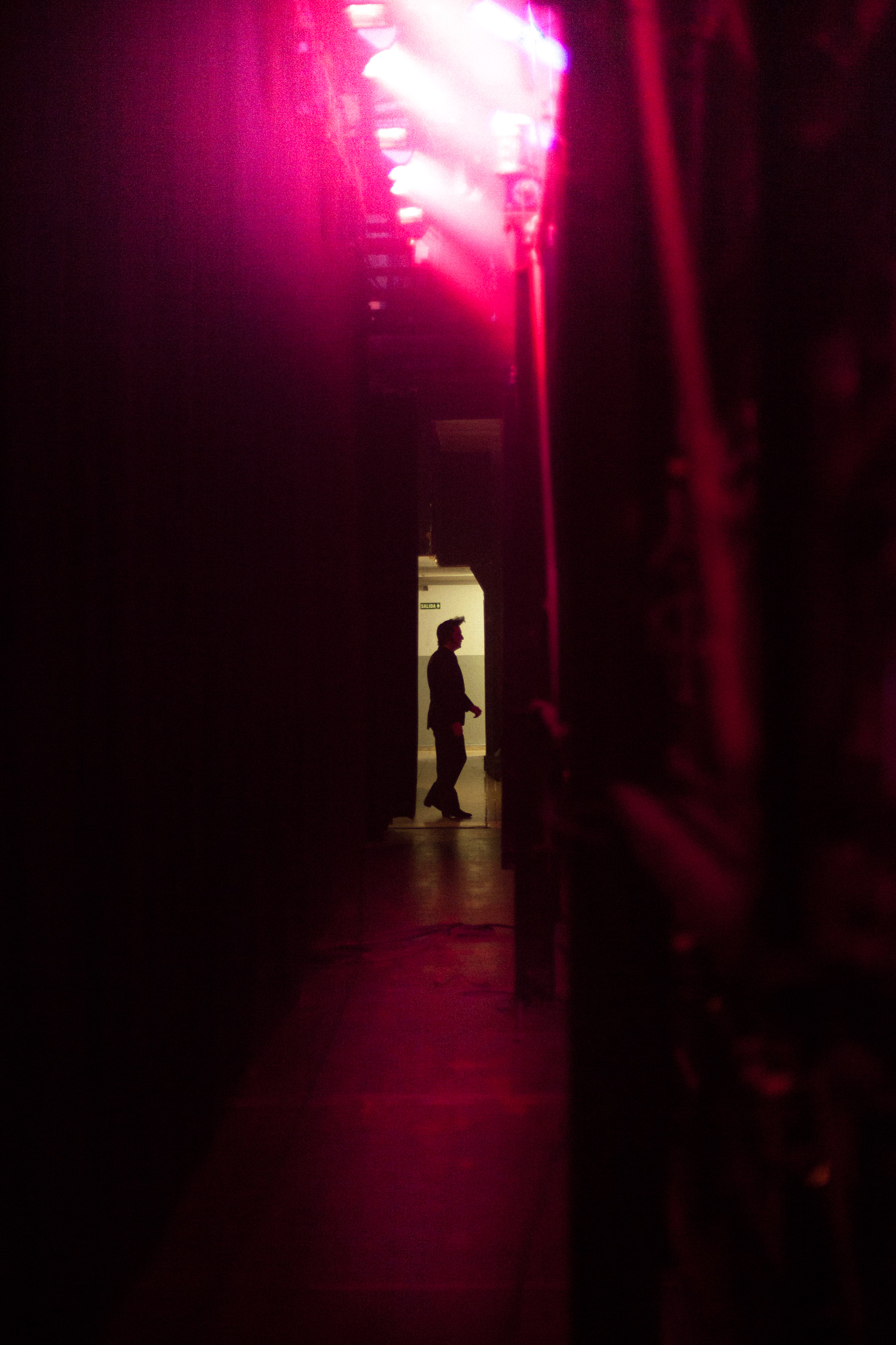 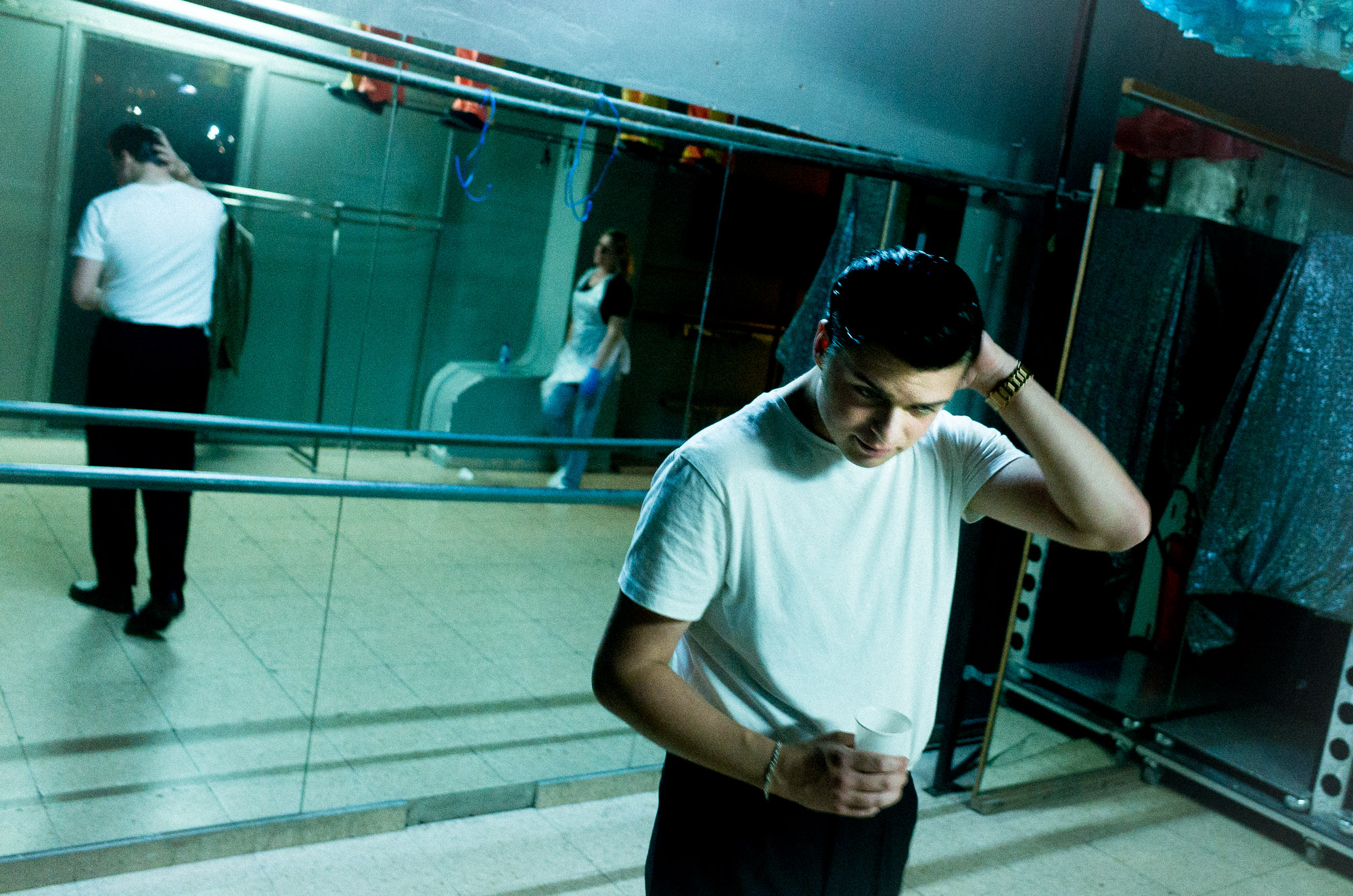 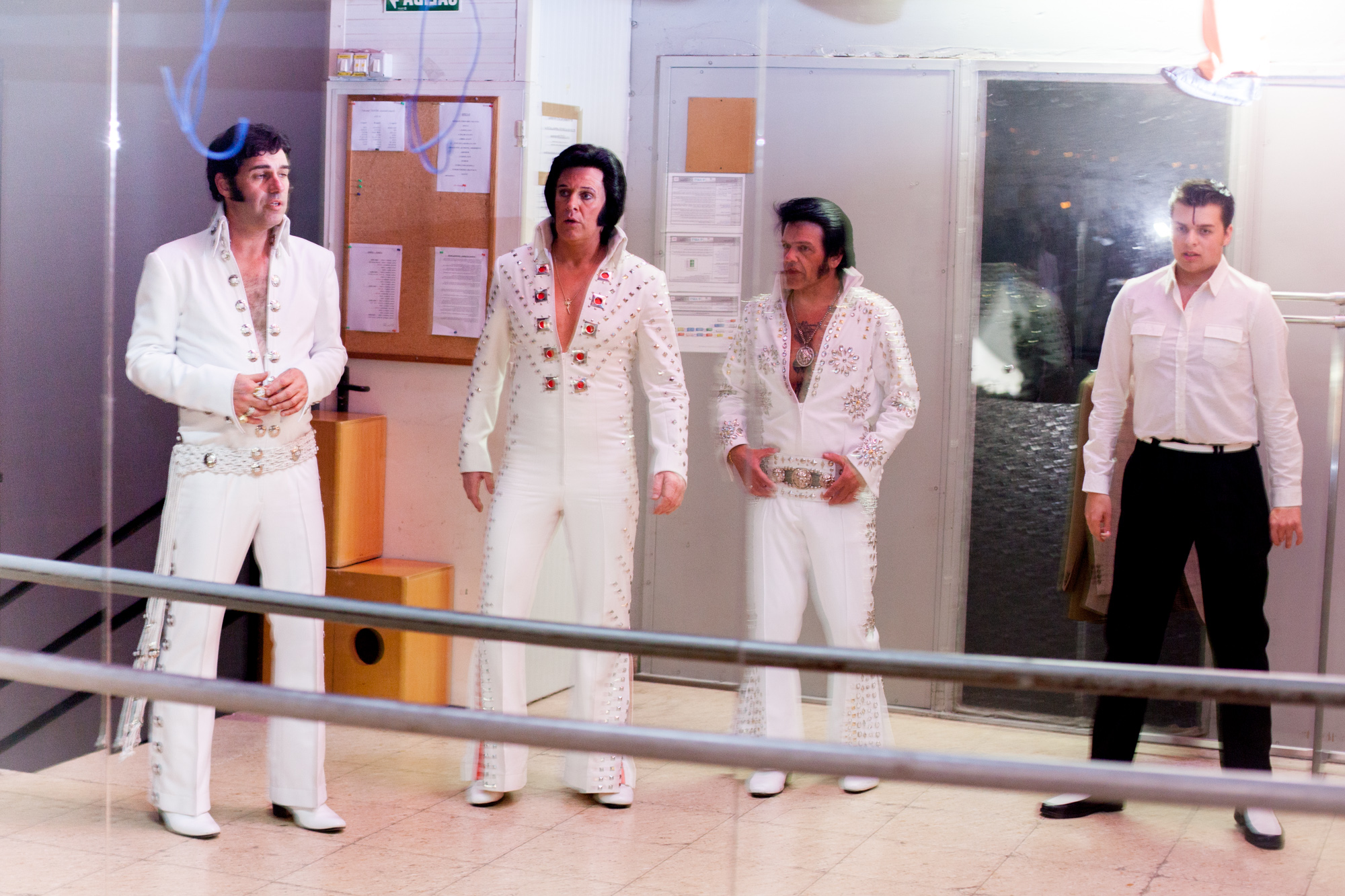 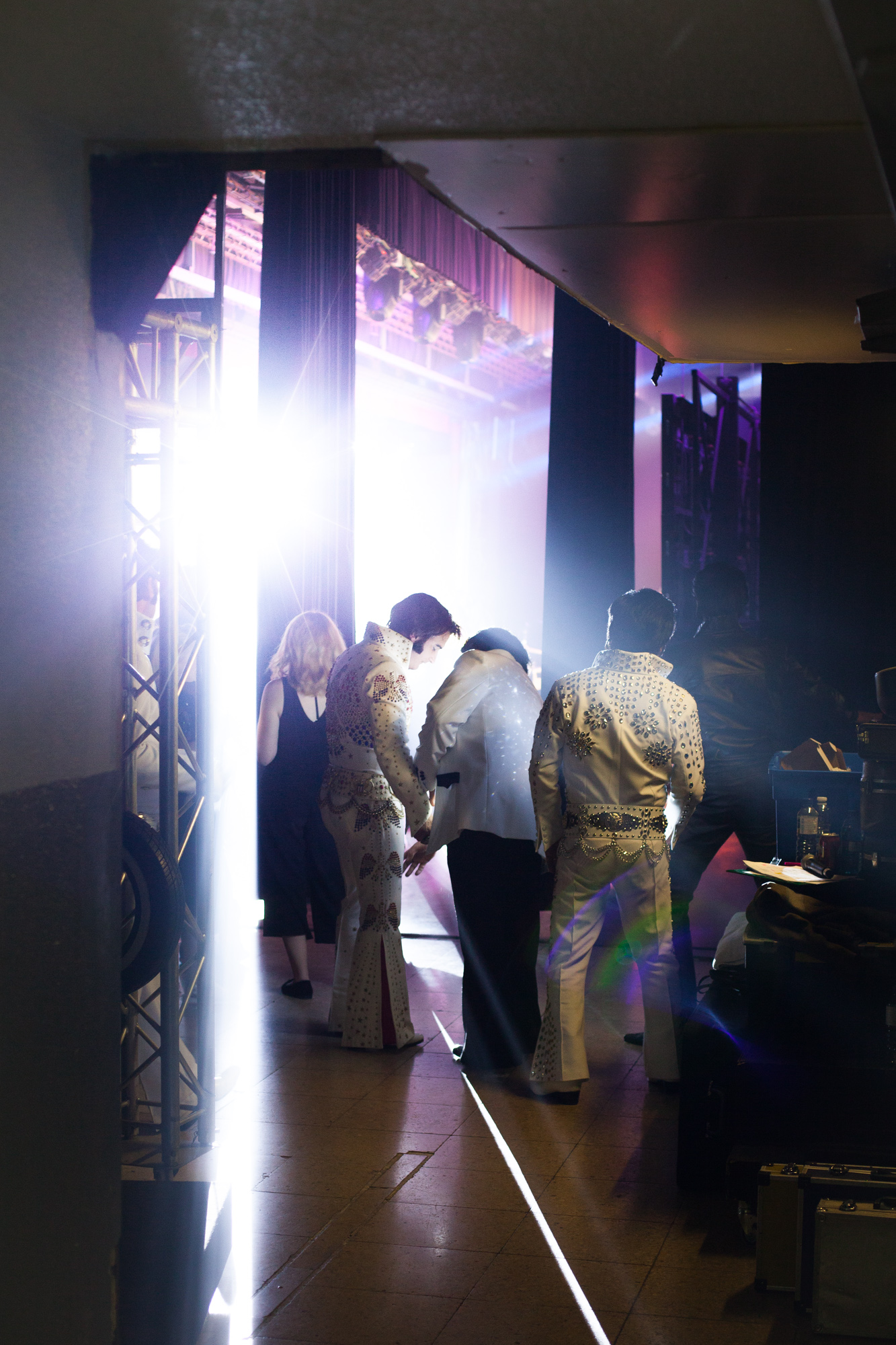 Linkedin
RELATED ARTICLES
OTHER ARTICLES
Rhiannon Adam spent three months capturing an ageing society wracked by division, isolation, and the aftermath of scandal.
The workforce is now gearing up for industrial action after receiving a measly pay rise, reports Ella Glover.
From bleeding noses to crowd surfing, three image-makers reflect on capturing the scene in all its wild glory.
As the Scottish government announces a rent freeze, an activist with Living Rent who fought and won shares how they did it, and what must come next.
Yesterday thousands gathered outside Buckingham Palace after news of the Queen’s death broke.
Photographer David Corio’s archive offers a glimpse inside a revolutionary era of music and nightlife.