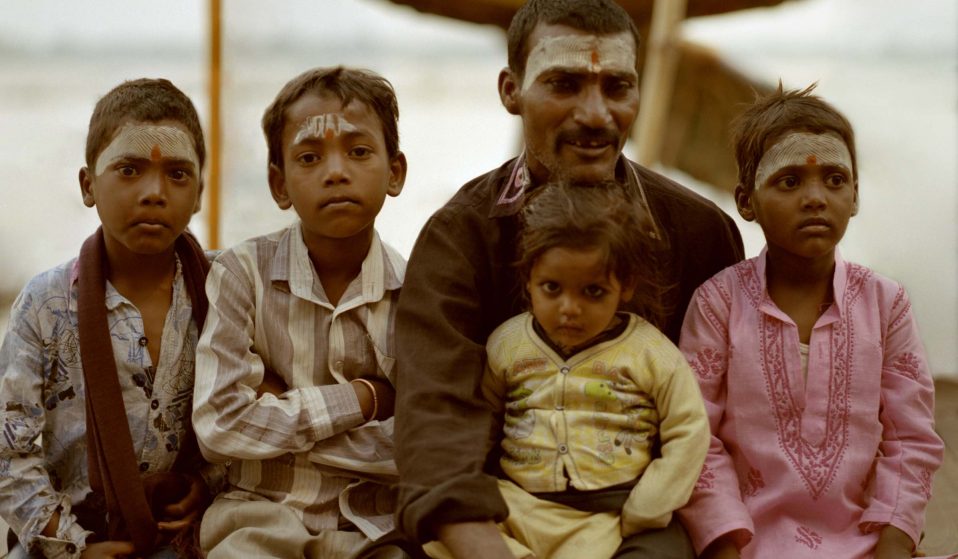 In a new photo series, Suleika Mueller explores the Dharmic concept of ‘Moksha’ and captures the diversity of religious rituals across India.

In a new photo series, Suleika Mueller explores the Dharmic concept of ‘Moksha’ and captures the diversity of religious rituals across India.

Born and raised in a Sufi Muslim family, London-based photographer Suleika Mueller grew up travelling around Europe, the Middle East and North Africa. Naturally, her work has always been heavily influenced by religious practices, rituals and spirituality.

After visiting India for the first time in 2017 and participating in various Hindu festivals and rituals, Mueller was fascinated by the diversity of Dharmic religious practices and the extent to which they reminded her of the Sufi practices she grew up with.

Returning from her trip inspired, Mueller began researching the Dharmic belief systems, mythology, Puranas, Upanishads and Vedic cosmology in-depth. “I also watched every single episode of [Hindu TV show] Devlok by Devdutt Pattanaik, which was extremely thought-provoking and taught me so much,” she tells Huck. “That is ultimately what inspired me to travel back to India in 2019 to shoot this photo series.”

Her series Moksha takes its name from the concept of ultimate freedom and liberation in Dharmic religions. Derived from the Sanskrit word, mukt, which means “liberation,” “release” and “emancipation”, it is the release from the life-death cycle and from the limitations of a worldly existence. To reach the state of moksha is to attain absolute freedom, peace and oneness with the divine.

“[India] is unique for me because, besides the Dharmic religions (Hinduism, Buddhism, Jainism, Sikhism), there are many other religions – especially Abrahamic ones – that are practised across the country,” says Mueller. “It is still one of the most religiously diverse countries on this planet and in many ways acts as a role model for religious tolerance.” 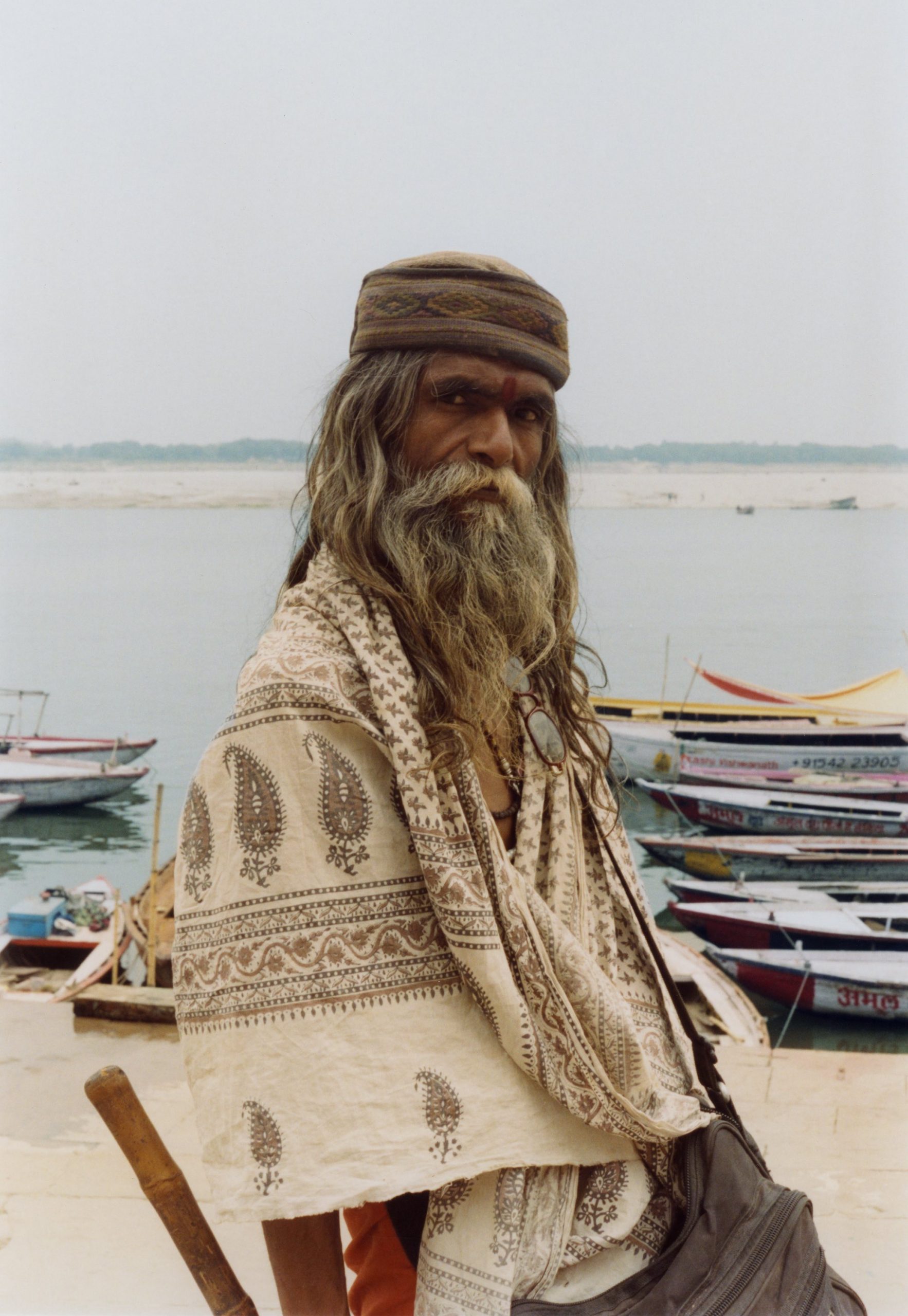 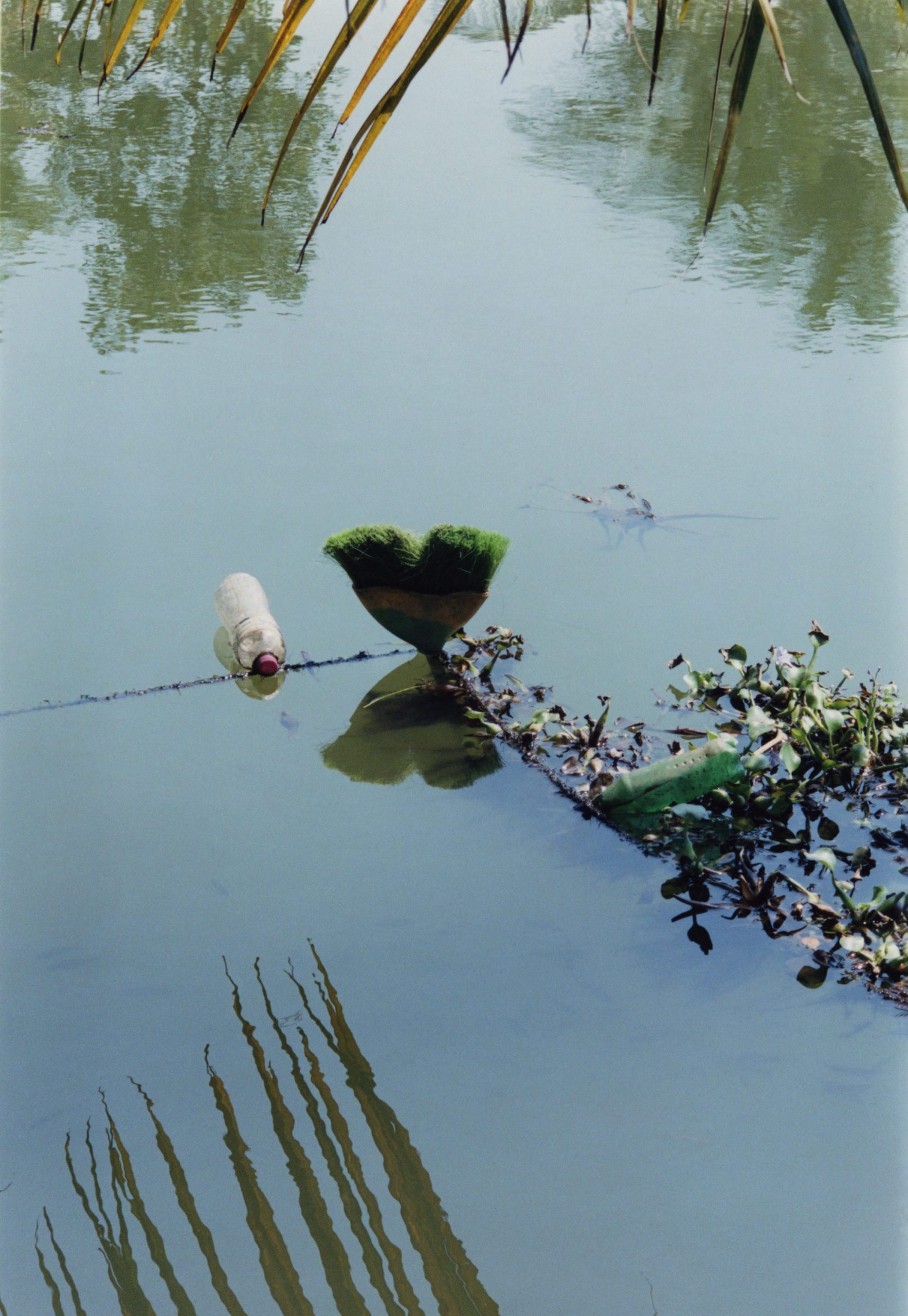 Moksha has the feel of a pilgrimage, as Mueller navigates the streets encountering different characters along the way. “I spent the majority of my time discussing religions, practices, spirituality, diversity and the concept of Moksha with the subjects of my images,” explains Mueller. While at times she’s swept up in the frenzy of the crowd, in other frames her connection with people is evident in the warm gazes directed into the camera.

Mueller recalls one early morning walk in Varanasi, when she came across a group of young Brahmin students practising yoga on a ghat at the Ganges. She later discovered that these students – who were training to become priests – return to the same spot each morning at sunrise to practice.

“The River is considered sacred and eternally pure in all Dharmic religions,” Mueller says. “In Hinduism, it is also personified and worshipped as the goddess Ganga. Hindus believe that bathing in the river cleanses them of all their past sins and facilitates Moksha. It is every Hindus wish to die in Varanasi, to be cremated on the river banks and their ashes to be poured into the Ganges as they believe this will grant them instant salvation.”

While the Dharmic religions share clear parallels in terms of core beliefs, modes of worship, and associated practices, there have been rifts between the communities who often live in close proximity. 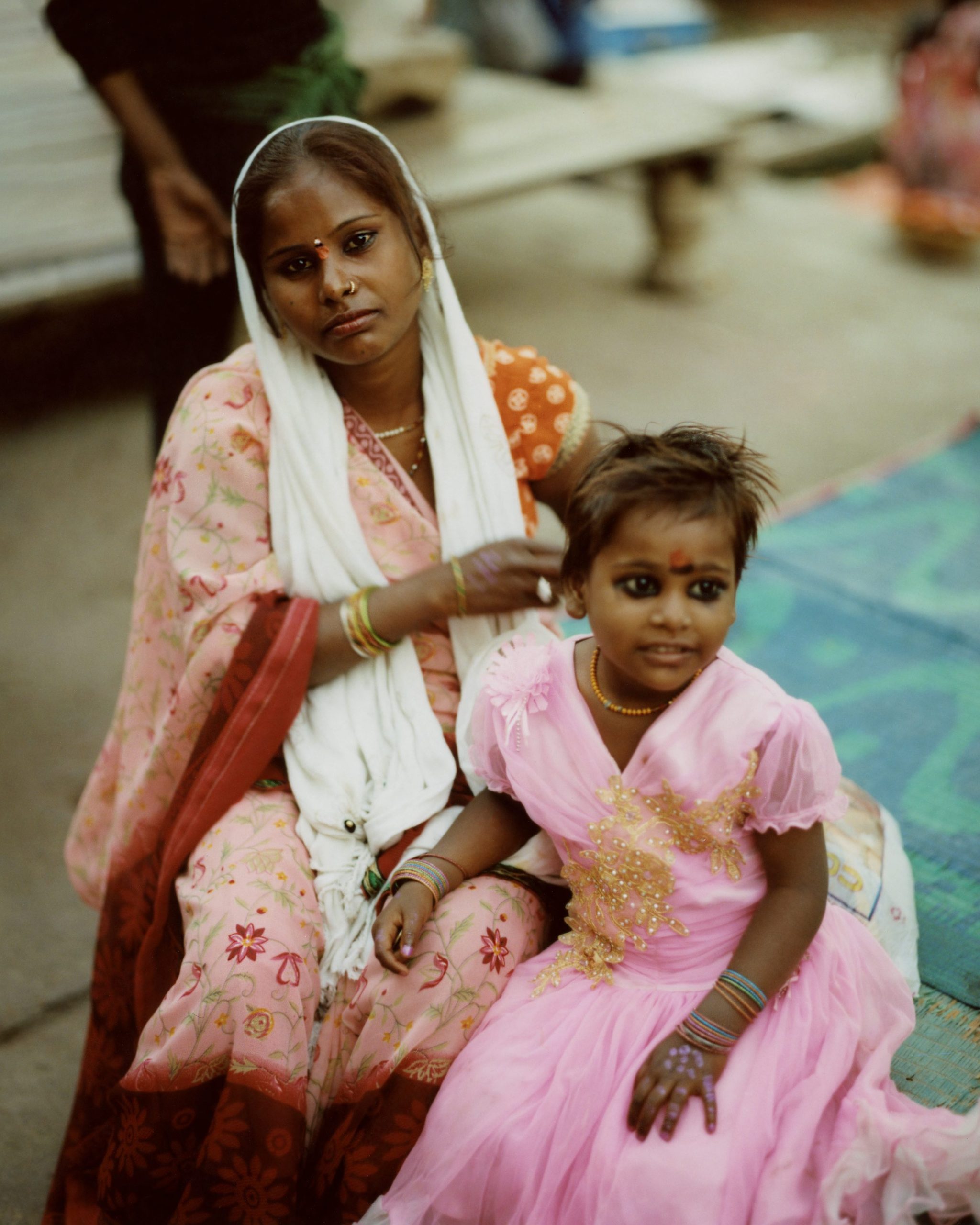 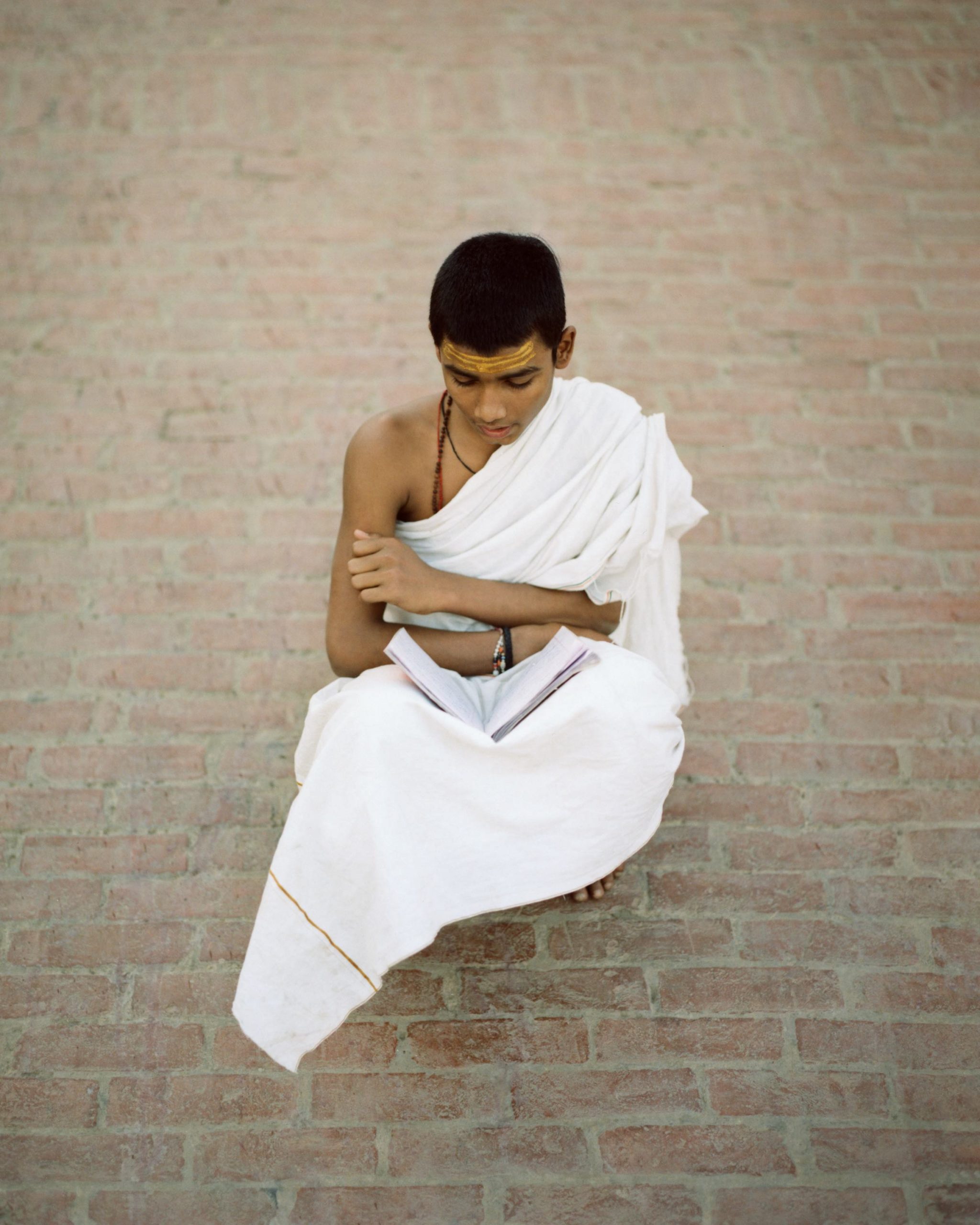 “Historically, there were some conflicts between Hindus and Buddhists, especially when both religions were popular and Hindus saw Buddhists as a threat to their ethnic religion and didn’t want more Hindus to convert, so they tried to push Buddhists out into China and Southeast Asia. Nowadays, I don’t think they interact that much but there are not really any tensions between them as far as I know,” says Mueller.

“Sikhs and Hindus, however, don’t really have any history of conflict or friction and the same counts for Jains. When I was travelling around, I didn’t feel any tensions between Hindus, Buddhists, Jains and Sikhs. The different communities all mutually respect each other. As the Dharmic religions are autonomous, they appreciate that the followers choose how to pray, meditate, worship or practice, therefore they tend to be more respectful towards practices of other religions.”

Ultimately, it was the similarities between the religions that Mueller was most drawn to in her project: “It made me realise that we are all the same, that at the end of the day we are all humans who deal with the same struggles and that we all strive for happiness even if we do so in many different ways.”

“Having grown up between two completely different cultures, I struggled with a sense of being excluded and being different to everyone else in school, but it is so obvious to me now that even though we look different from the outside, even though we are of different ages, genders, religions, ethnicities, social classes and cultures, we are all the same on the inside. That is ultimately the message that I hope will resonate with people who look at my photos.

“Once we realise this truth, we are ultimately much more understanding and compassionate towards each other, and I truly believe that’s what the world needs right now.” 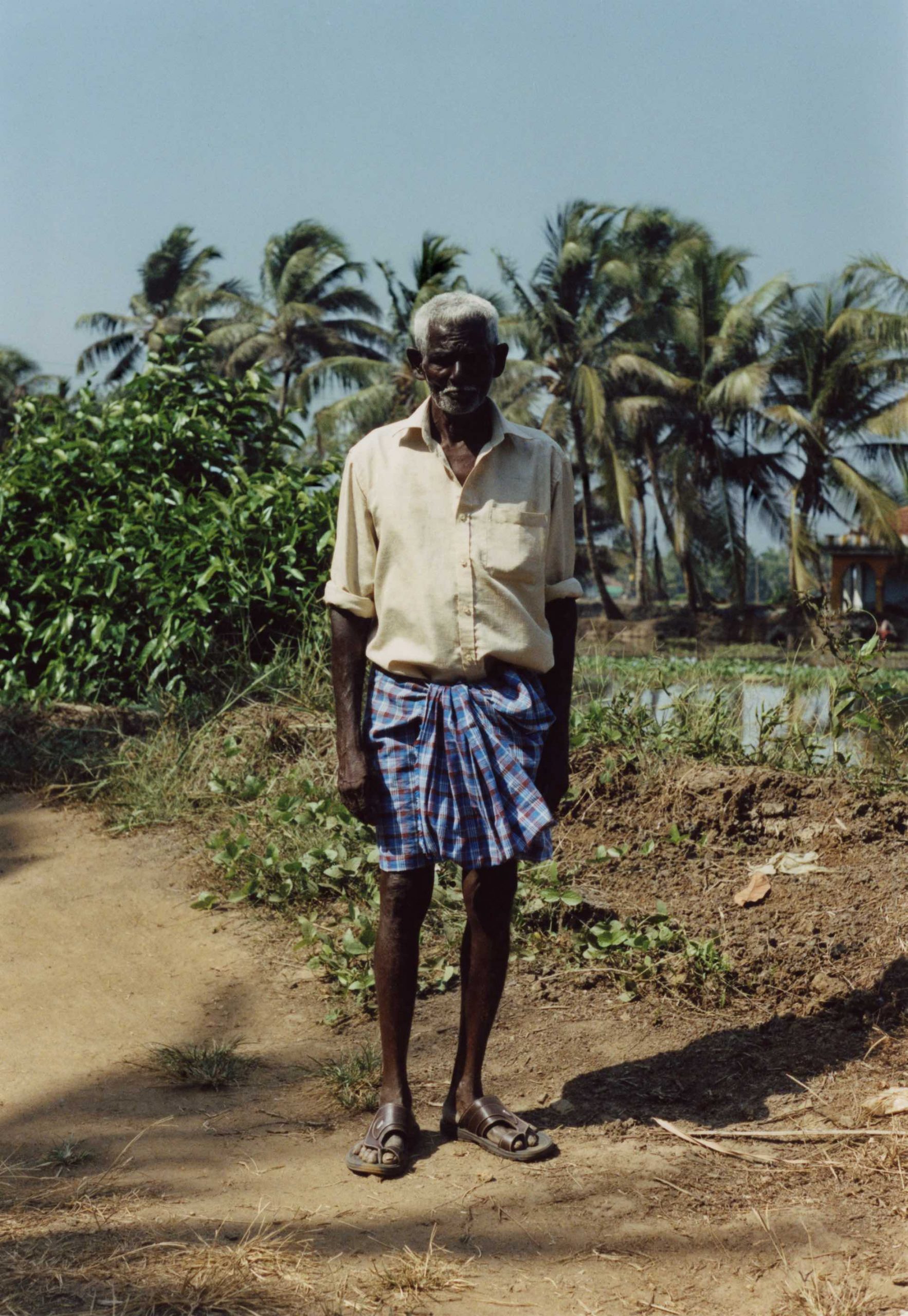 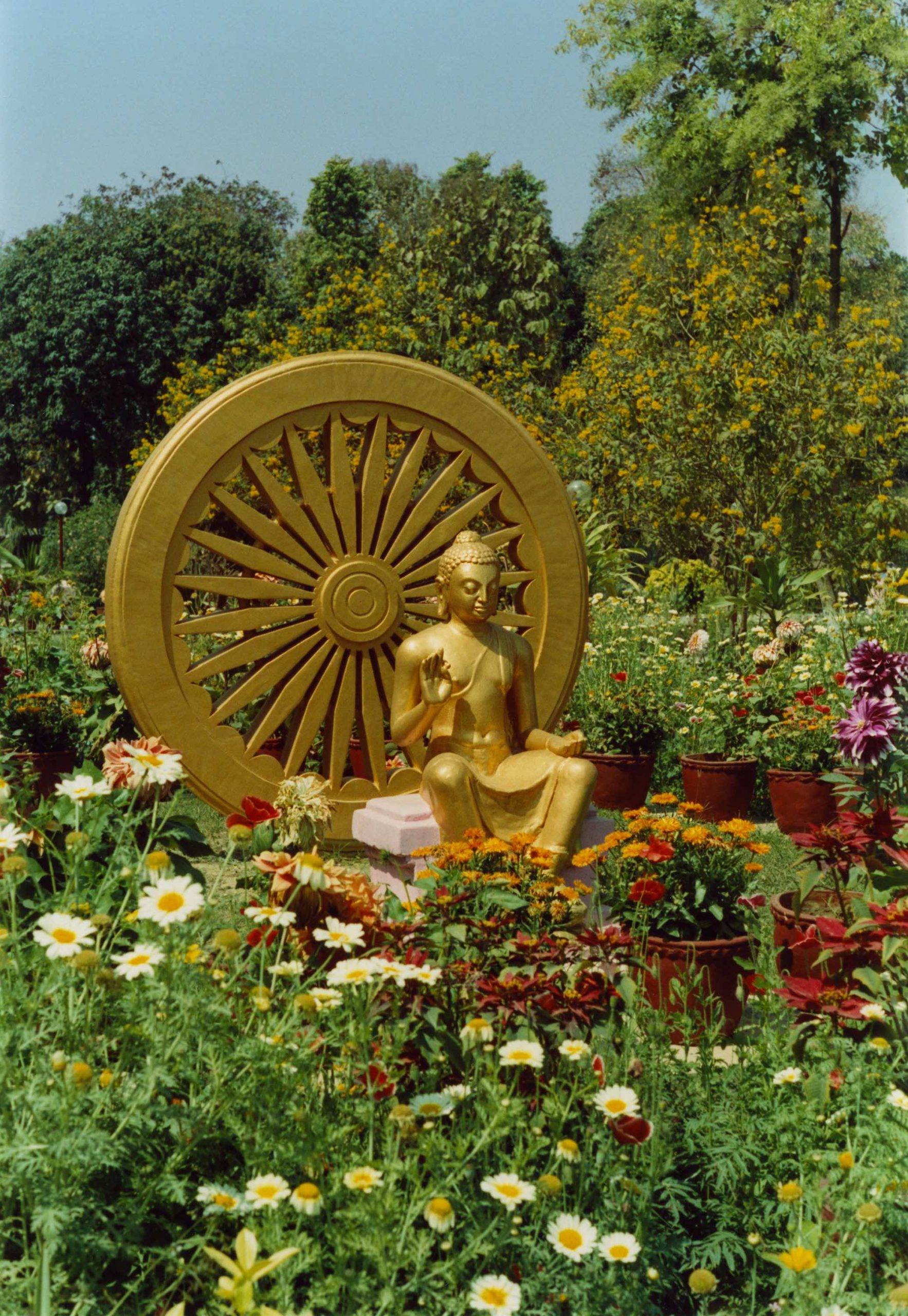 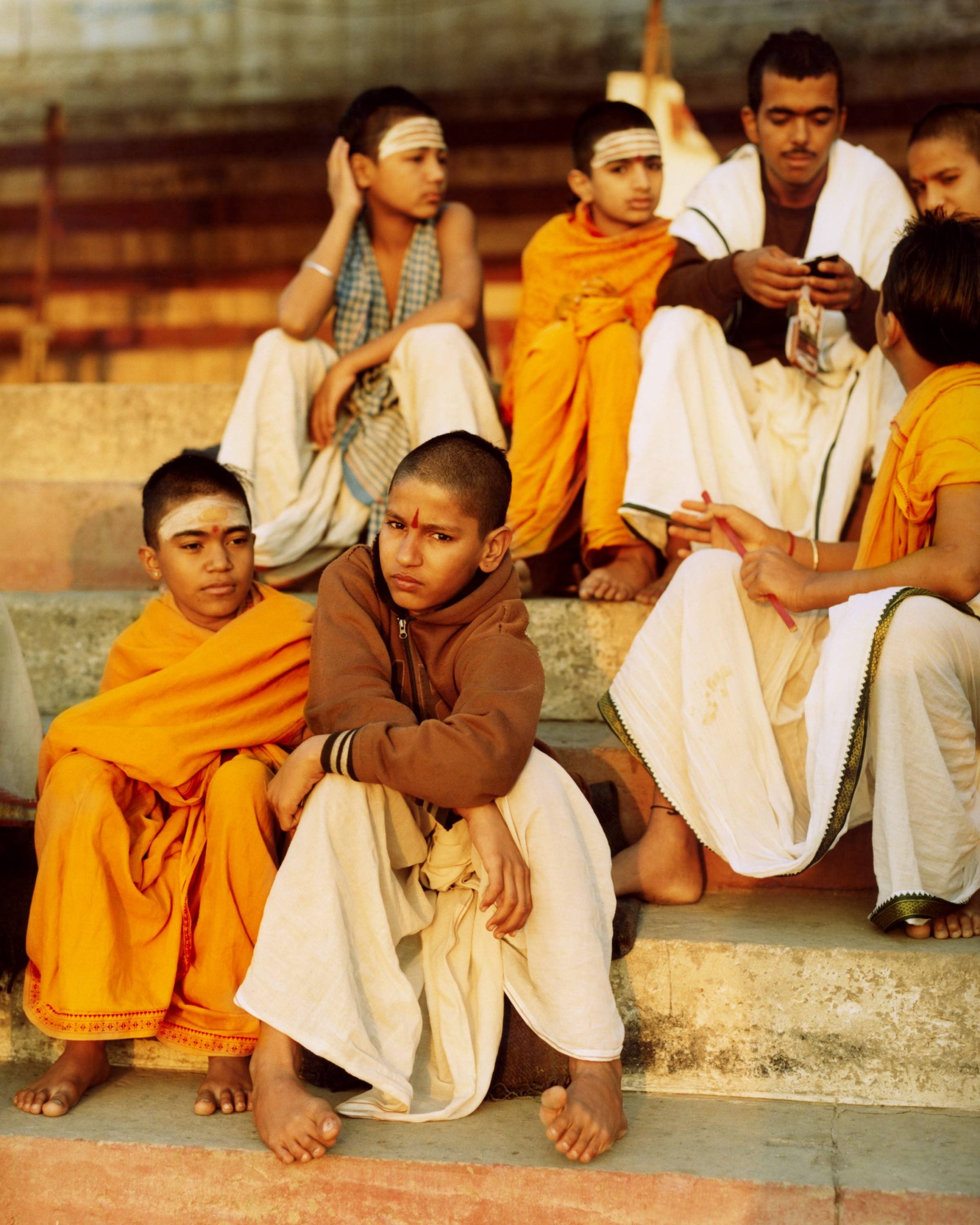 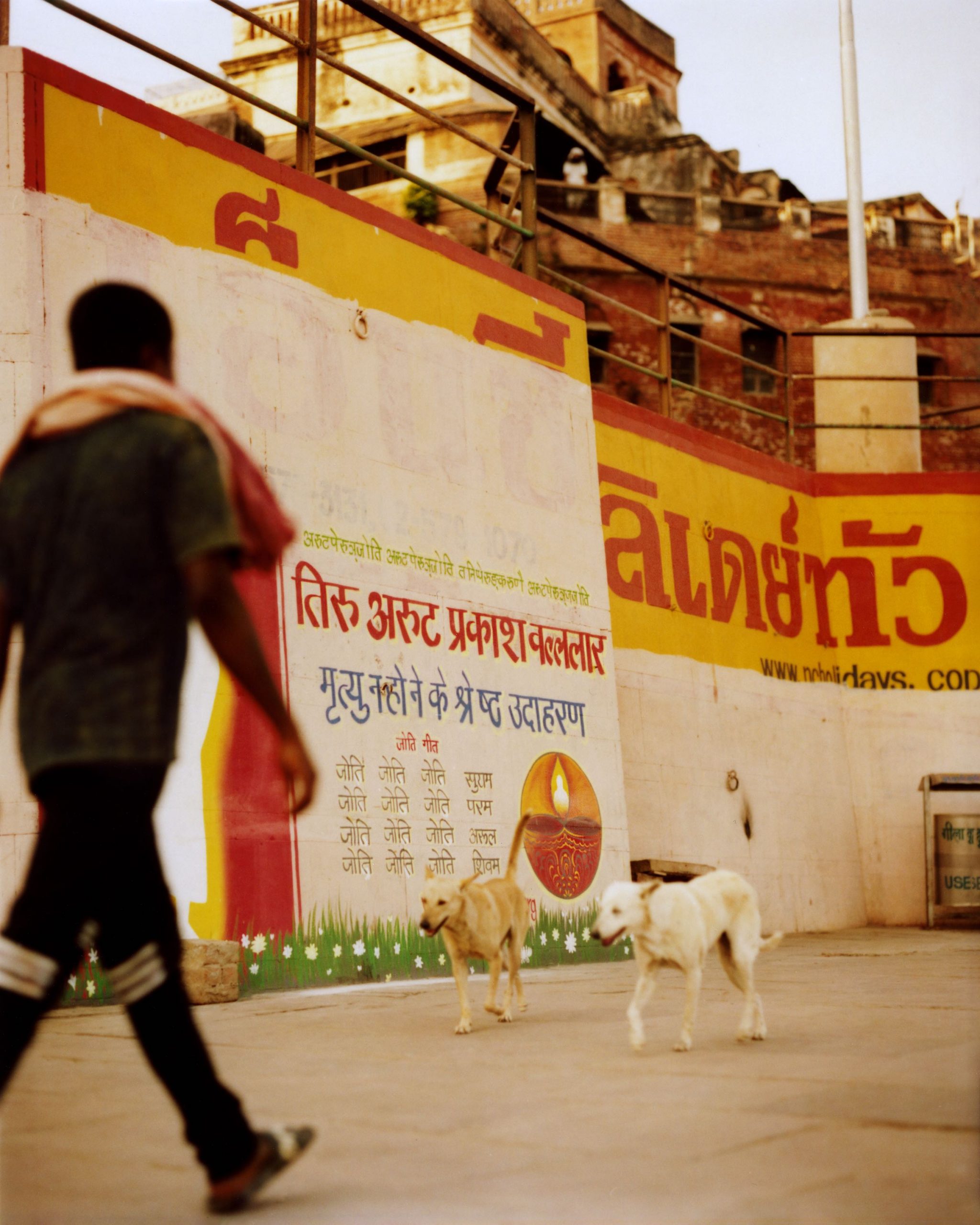 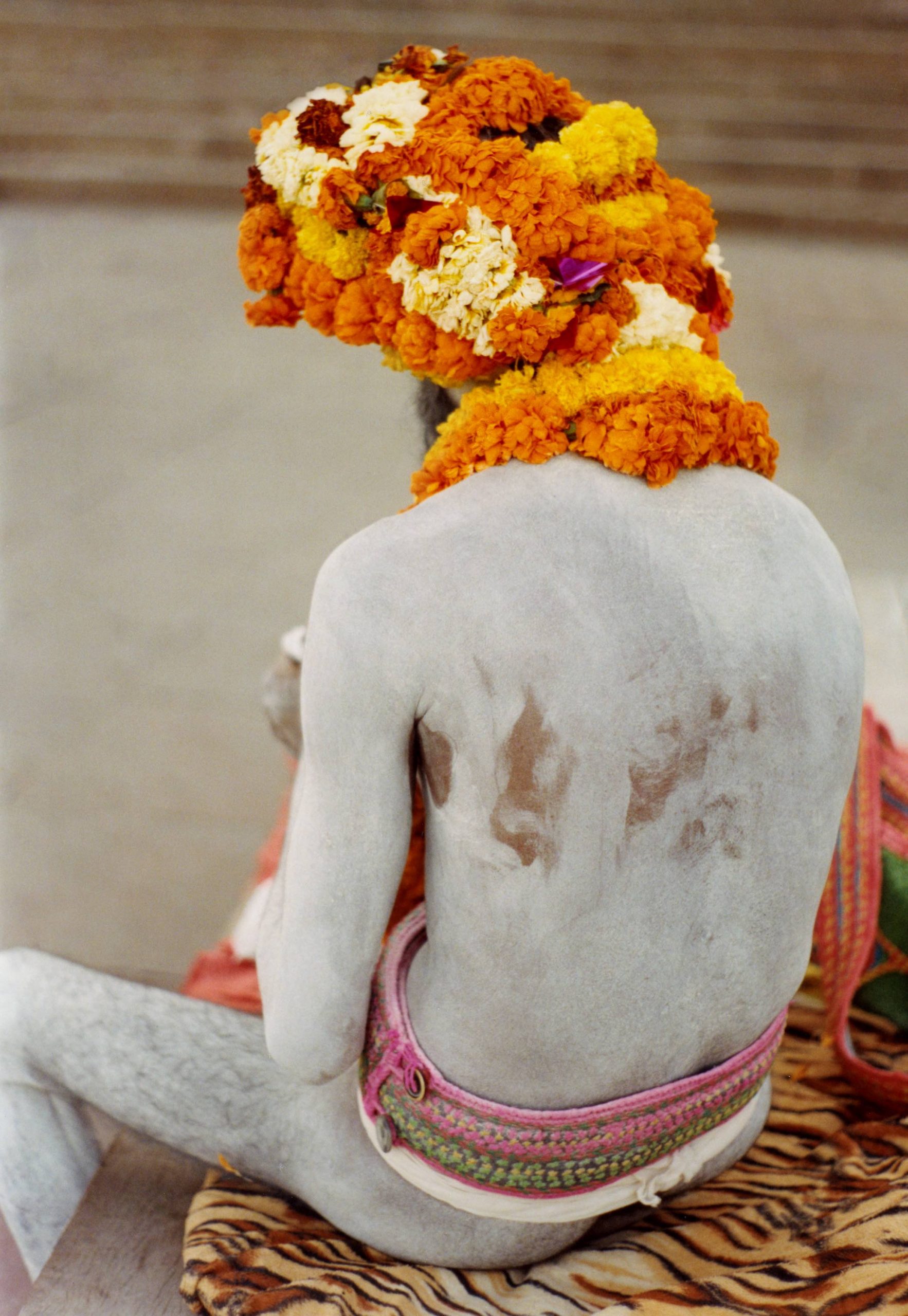 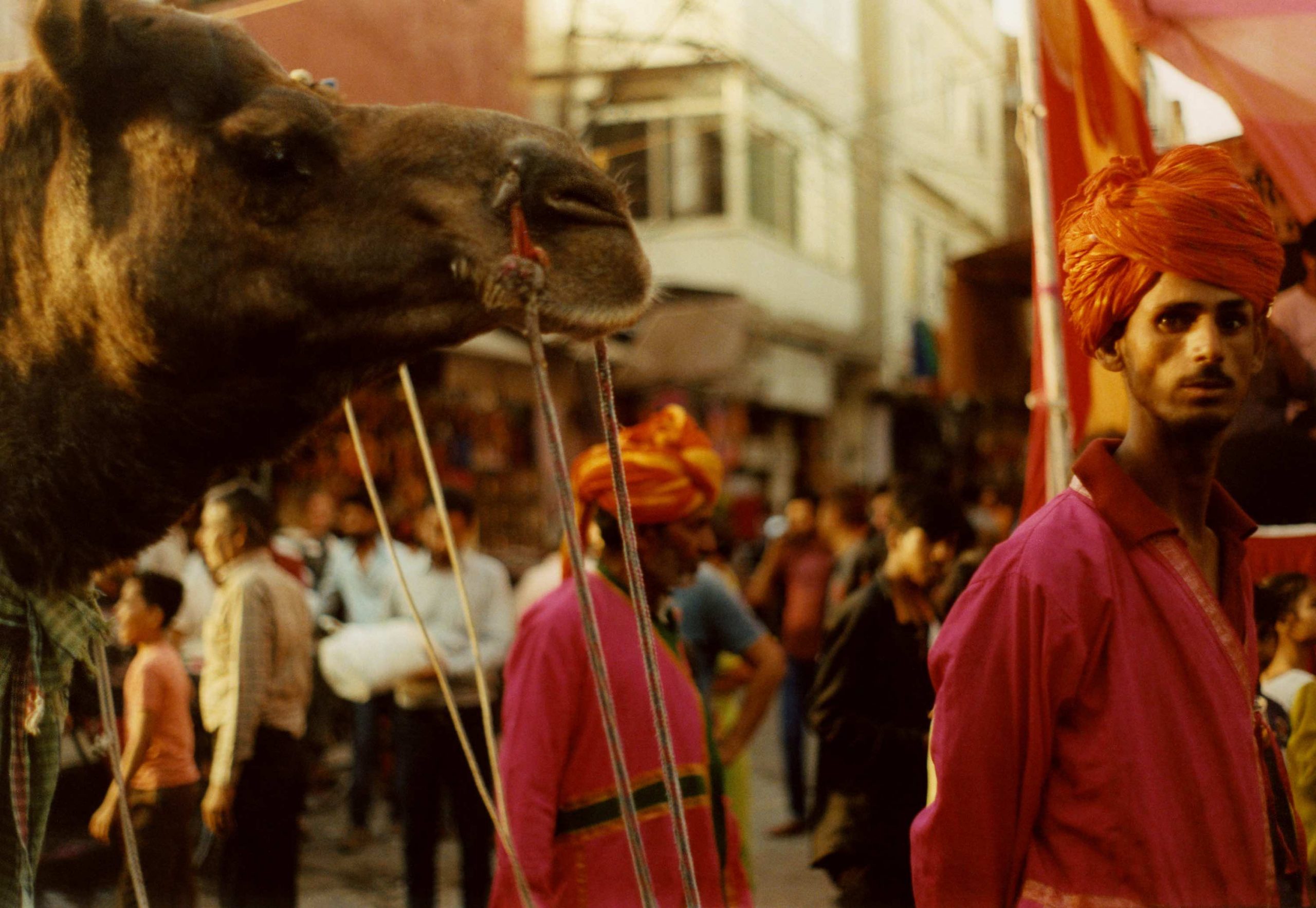 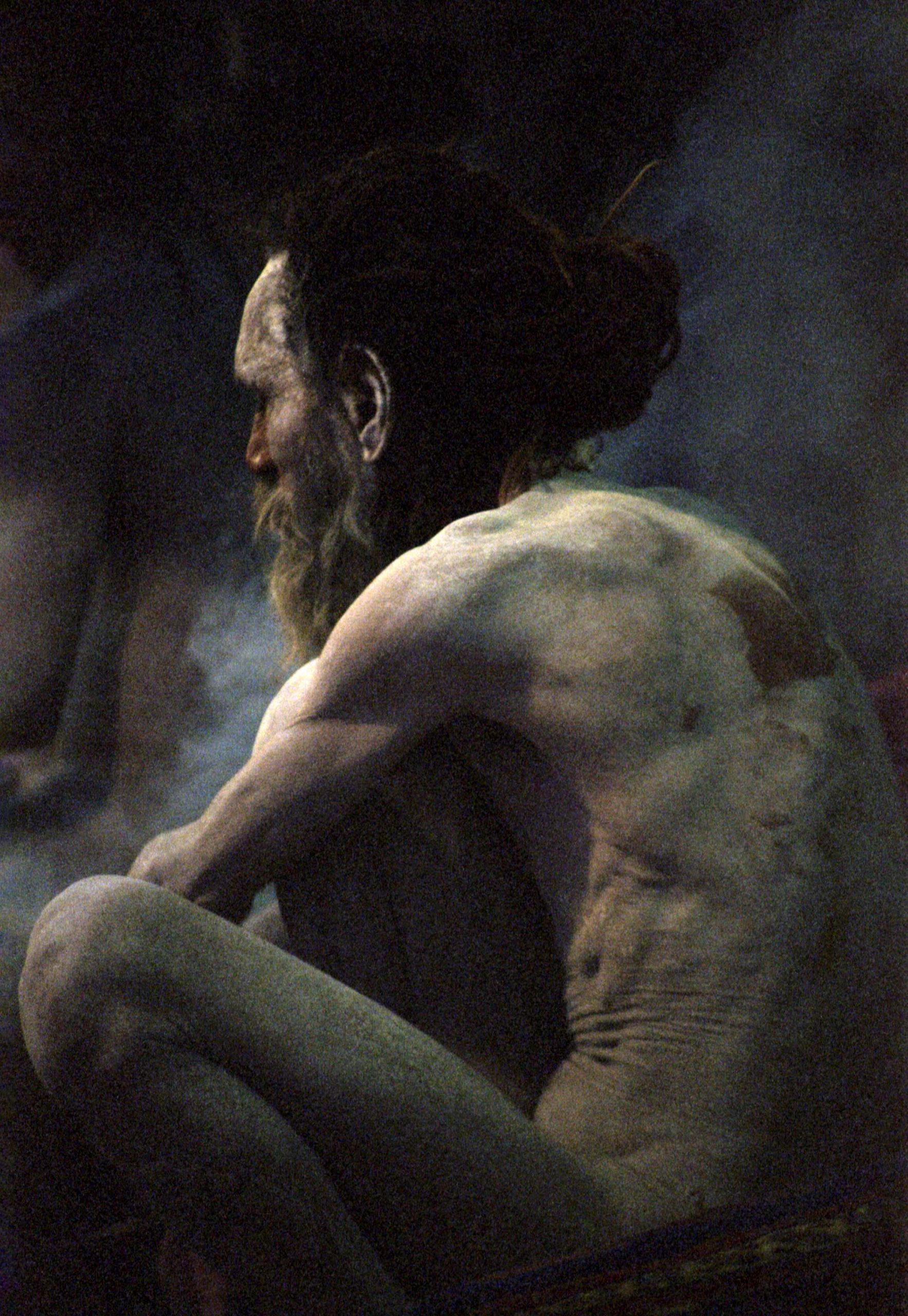 See more of Suleika Mueller’s work on her official website.

Linkedin
RELATED ARTICLES
OTHER ARTICLES
Photographer Ira Lapu documents the lives of ordinary Ukrainians living amid a brutal conflict.
Planet Ardbeg is a 40-page sci-fi anthology created by three cutting-edge artists.
With the singer’s tour in full swing, we sat down the musical production company who made the electrifying show possible.
A new exhibition brings together 150 works by twelve photographers, offering mesmerising and intimate depictions of life.
Over the weekend, the United Families & Friends Campaign organised a protest calling for an end to deaths at the hands of the police.
The campaigning charity are on a mission to increase inclusion, participation and representation of Black people in trail running.