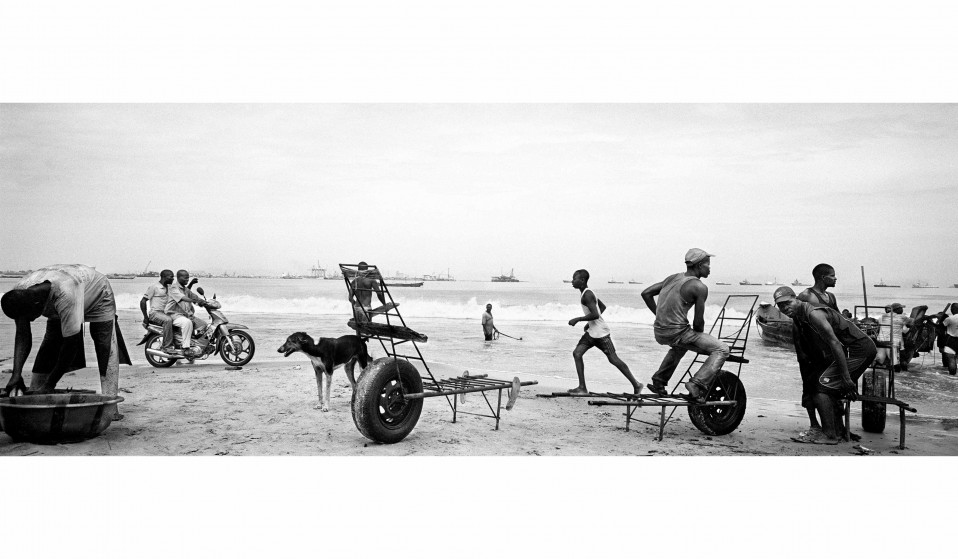 Alex Majoli and Paolo Pellegrin immersed themselves in Congolese society to come away with a multilayered portrait that will shift perceptions of the troubled land.

Alex Majoli and Paolo Pellegrin immersed themselves in Congolese society to come away with a multilayered portrait that will shift perceptions of the troubled land.

Photography, like any art form, has its share of challenges; not least, how to capture the essence of the place you are documenting – if that is what you’re doing – in a fresh, honest way. So it was for Magnum photographers Alex Majoli and Paolo Pellegrin who, in their impressive tome, Congo, offer their vision of the former French colony in West Africa.

Over a period of two years the photographers made several trips to the country where they lived with Congolese families and immersed themselves in the local culture. The result is a multilayered and visually poetic portrait of the African country and its people.

From sprawling, rich landscapes to beaches that are a hive of activity, imposing shipyards, and sparse scrubland, Majoli and Pellegrin worked together to produce a vision that is epic in terms of its scale of ambition and execution.

By choosing to shun captions, the photographers allow the images to speak for themselves, and invite readers to create their own stories from the images they present.

Here, Majoli and Pellegrin speak to Huck about how the project came about, their artistic approach, and what making the work meant to them. 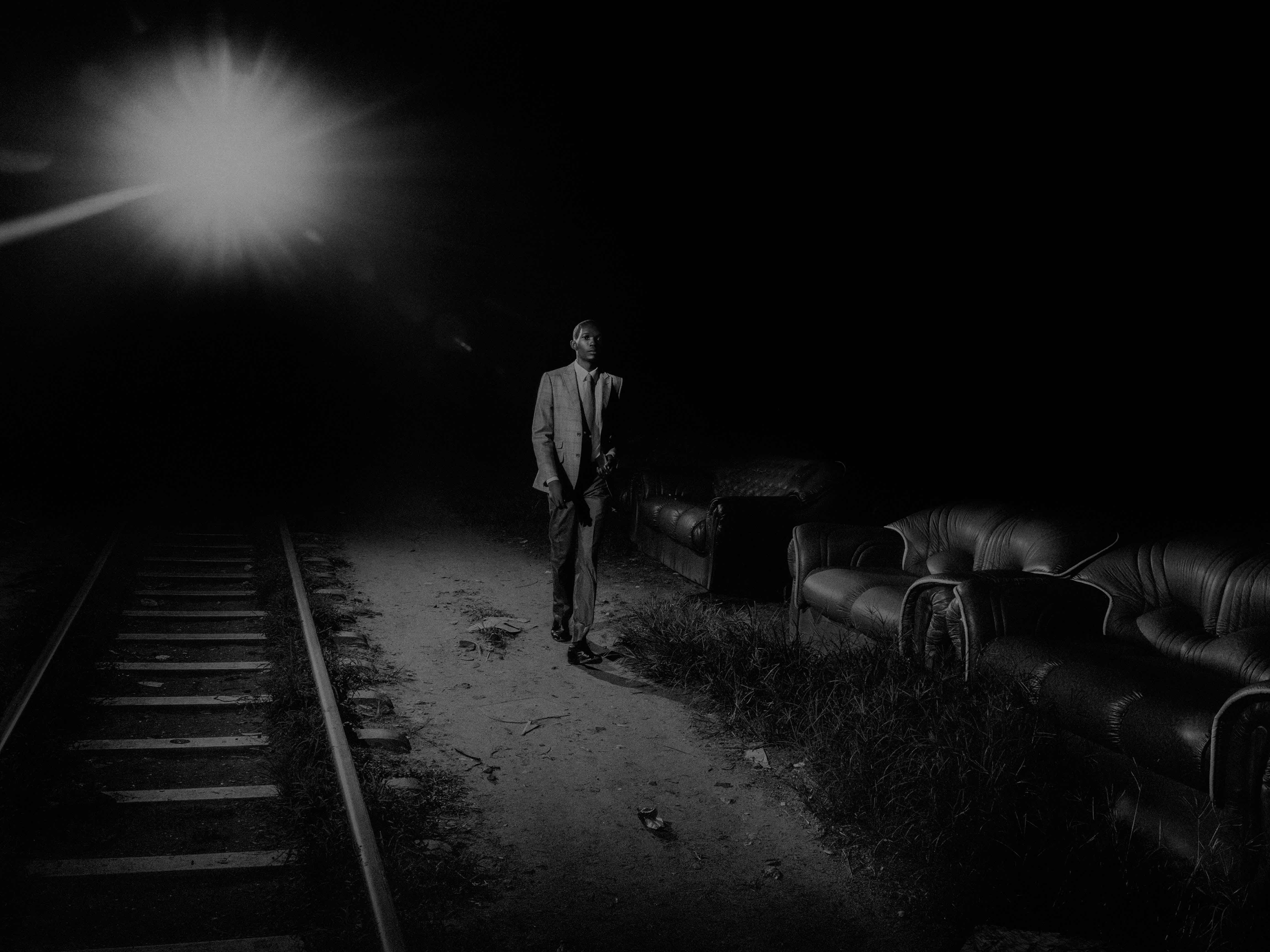 Paolo Pellegrin: When Alex and I heard that we had both made the shortlist for a commission about the Republic of Congo, we decided to make a joint proposal. About ten years ago, we were involved in a group exhibition called Off Broadway in New York where we decided to leave out captions and our names. The idea was to create a ‘meta’ voice or what you might call a pure photographic experience – without words or explanations. Working in this way had a huge impact on us, so much so, that when we discovered about each other being in the shortlist, Alex and I said, ‘how about we revisit the ideas we had in Off Broadway?’ So that’s what we did.

Alex Majoli: We wanted to recreate the engaging atmosphere we had before. When we chose to leave the images open by not including captions, many people thought what we were doing was revolutionary, but this still seems to be the case. Providing contextual information is very much related to photojournalism and the idea of ‘documenting a place’, but with this project, as with Off Broadway, we wanted to leverage photography to create a place where the viewer is free to make his or her own story or idea.

Paolo: Our goal was to have fewer constraints and more expressive freedom. By removing the captions you’re asking the viewers to make an effort to engage, hopefully in deeper way, with what’s in front of them. We found that idea really interesting. It was also an opportunity to do things we wouldn’t normally do in our photojournalistic practice. The work is not about this or that event, it’s more about the essence of a place, of a feeling or emotion. We tried to make something that transcends the specific and is more universal. 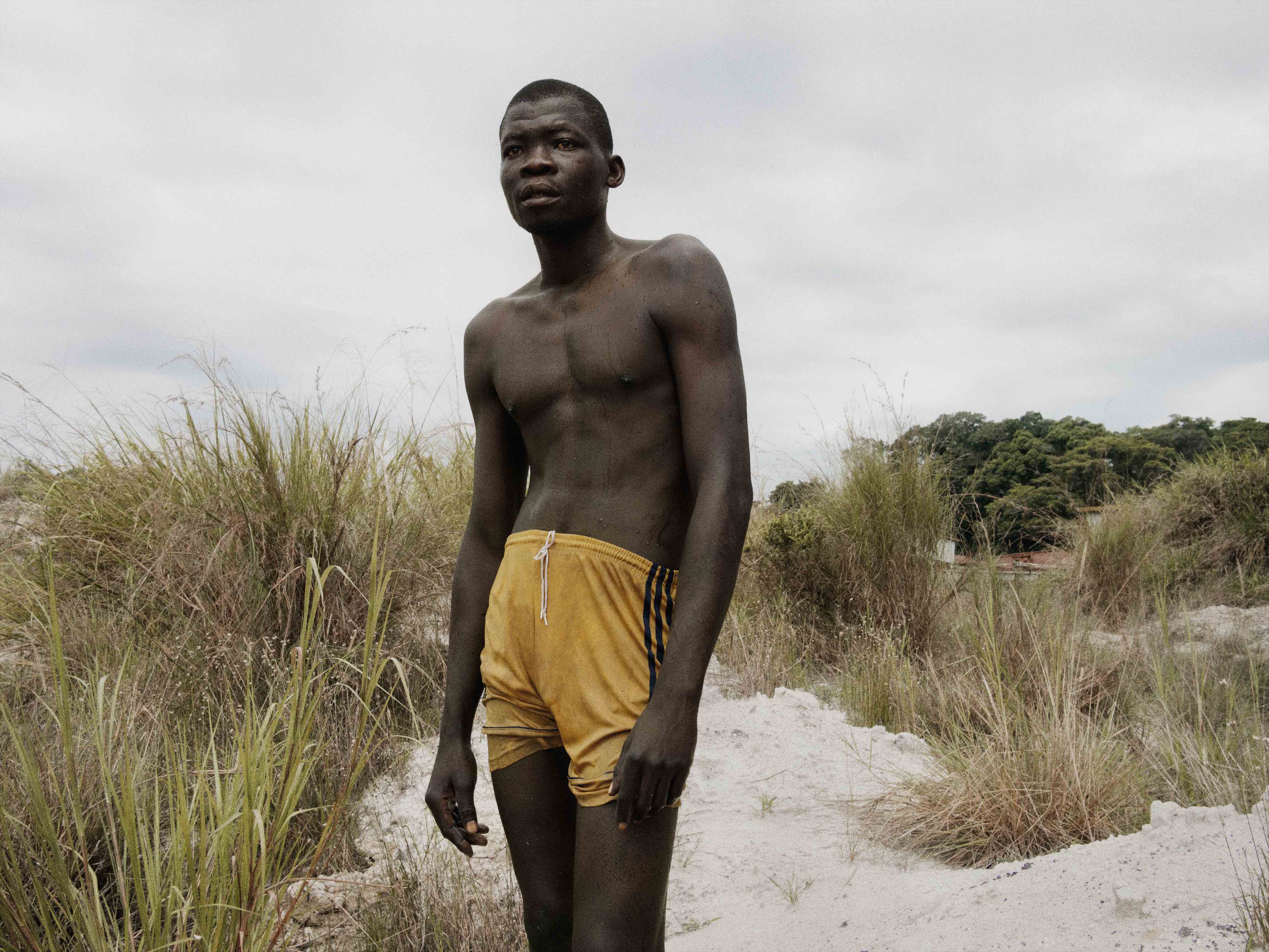 Creating a photographic portrait of Congo

Alex: This was a carte blanche artistic commission. We have seen pictures from the Democratic Republic of Congo but there is a huge lack of documentation within the Republic of Congo (the former French colony), compared to its neighbour across the Congo River. Our decision to do the project came from a mixture of curiosity and because it presented a challenge for us.

Paolo: Lynx for Hope, the non-profit charity that commissioned us, wanted a contemporary photographic archive, which could be donated back to the Congolese. We made a book, published by Aperture, and hope to have an exhibition in Brazzaville (the capital of the Republic of Congo). We made seven or eight trips over a two-year period. Alex and I travelled together even though for the most part we shot independently. We would meet for breakfast, go our separate ways and then meet again for dinner, discussing where we’d been and what we’d shot. The project was collaborative in terms of the concept and our conversations, but personal when it came to the actual image-making. Broadly speaking there was an agenda – we would say, ‘let’s go north or east or wherever’, but we spent our days travelling in a car with a fixer and translator, discovering what we discovered along the way.

Alex: Working together was great. I knew that Paolo would always bring back good images so I felt relaxed. For me, the process of making the work was about freedom of expression. My images mostly feature places and people I had a connection with, or that related in some way to an encounter I had. Memorable characters? There are too many to mention.

Paolo: After about two years we felt we had enough work, and so we began our second journey – to find a way to bring our voices together. I had taken a different approach to Alex; I shot with a large panoramic film camera, and chose to focus on the landscape. An important book to me is Joseph Conrad’s Heart of Darkness, which is about a voyage up the Congo River, so my idea was to relate what I was doing to the river. Ultimately, the project was a collaborative effort, and not only between Alex and I. We worked closely with Yolanda Cuomo – a book designer in New York, the Congolese writer Alain Mabanckou, who wrote an introduction to the work, and the artist Daria Birang who brought a refreshing and interesting point of view. Each informed the choices we made. It was a project in which Alex and I pushed each other to go beyond the work we normally produce – to dig deeper in our photographic expression.

Congo: Photographs by Alex Majoli and Paolo Pellegrin is published by Aperture.

Linkedin
RELATED ARTICLES
OTHER ARTICLES
When Diàna Markosian tracked down three survivors of the Armenian genocide, their stories helped her understand her own roots. Now she’s found a way to give a little something back.
Huck's annual celebration of visual storytelling returns with photo stories that help us connect.
Deep in the Congo, filmmaker Orlando von Einsiedel met a community willing to risk their lives for another species.