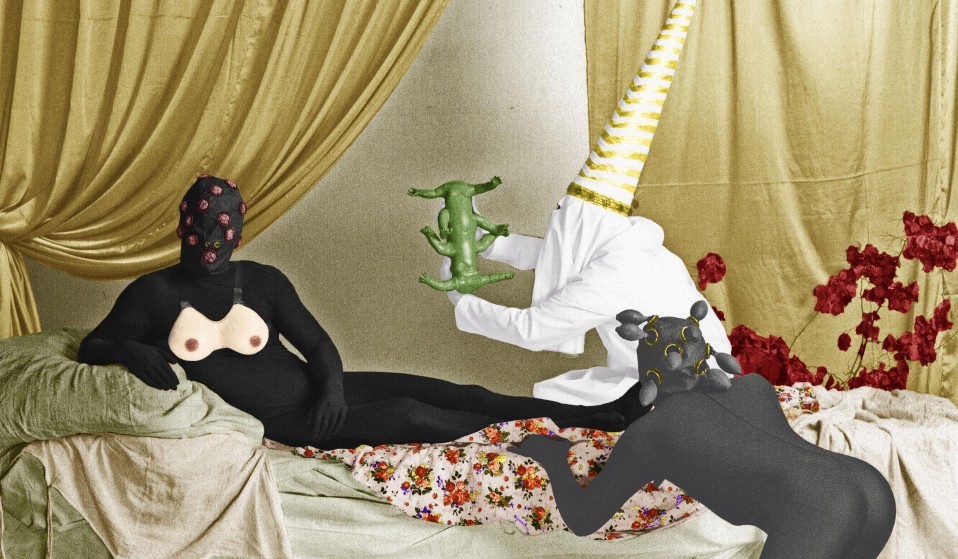 This month, Amsterdam’s renowned Fotografiemuseum heads to the UK, showcasing 20 trailblazing young artists it believes could be the future of photography. Here, we pick our standouts.

This month, Amsterdam’s renowned Fotografiemuseum heads to the UK, showcasing 20 trailblazing young artists it believes could be the future of photography. Here, we pick our standouts.

Bringing together some the most exciting under-35 photographers from all over the world, the latest edition of touring exhibition Foam Talent – presented by the renowned Fotografiemuseum Amsterdam (Foam) – has landed in London, opening at Beaconsfield Gallery in Vauxhall this Wednesday, May 16. The group show is seen as a litmus test of the future of photography and, this year, it presents the work of 20 promising artists, chosen for out of the 1790 candidates who sent their portfolios.

The selection features a wide range of work, expanding well beyond the more traditional use of the camera alone to include collages, multimedia presentations and digital manipulations. Across countries and mediums though, social and political commentaries take centre stage, as a new generation of artists doesn’t shy away from engaging in a critical analysis of the current state of the world. A diverse imagery taking on questions about freedom, propaganda, identity and representation, both on a personal and collective level, sometimes through long-term projects that required years of research and travels.

In celebration of young, intrepid talent and ahead of the opening night tomorrow, here is a list of five thought-provoking photographers from the show that are worth checking out. 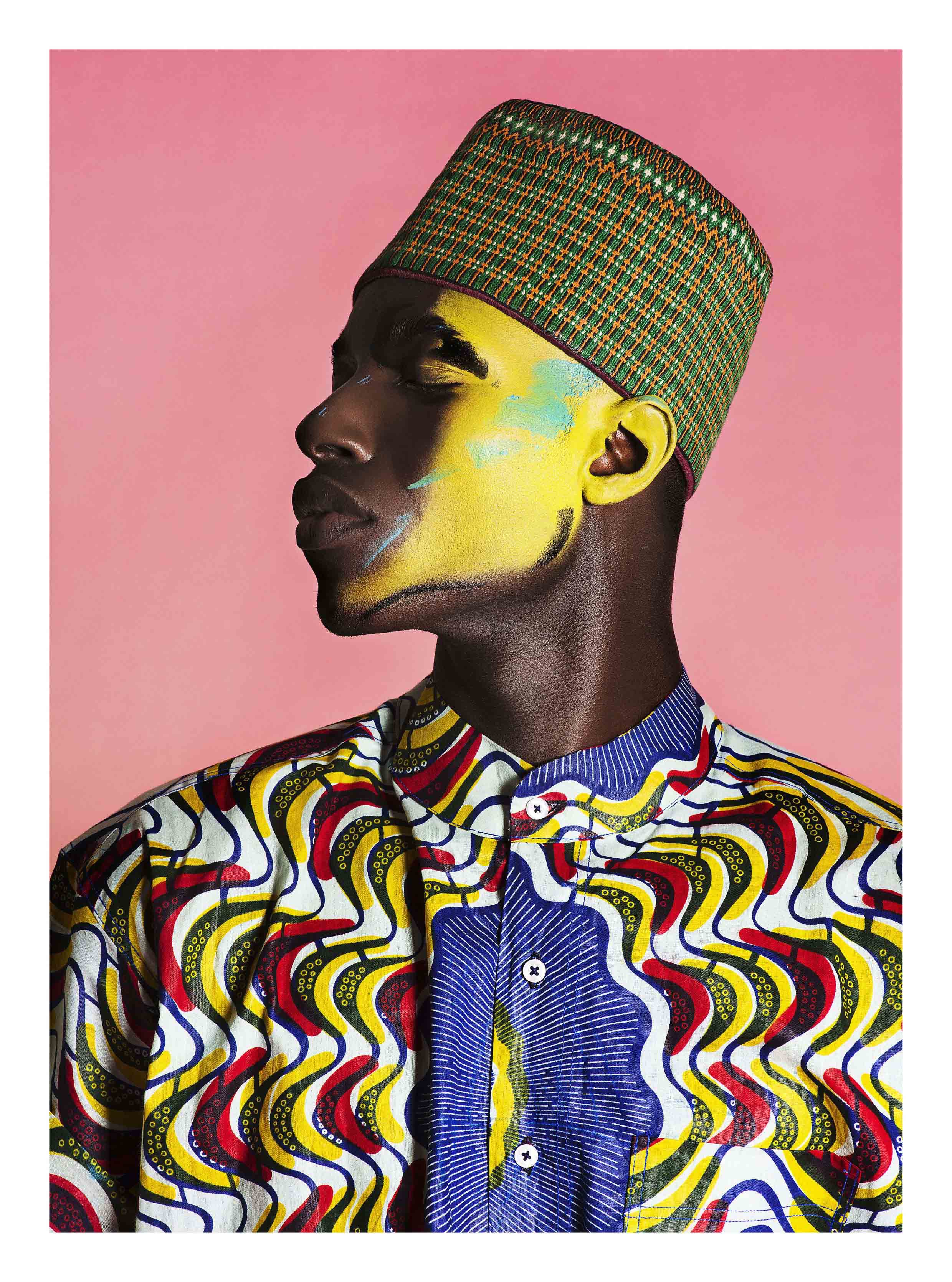 Biracial Swiss-Guinean photographer Namsa Leuba takes on the complexities of representation at the intersection of African identity and Western cultural appropriation. Born in Switzerland and now working between Africa and Europe, her diverse photographic practice has been focusing on challenging and subverting conventional perspectives on history and heritage.

The bold, bright imagery of Next Generation Lagos (NGL) – exploring Nigeria’s vibrant youth culture – appears informed by an interest in traditional symbols and customs, as well as the pop aesthetics of contemporary fashion editorials. For the project, Namsa Leuba collaborated with local designers and models, often amateurs, carefully staging every prop and pose to translate the spirit of the city of Lagos into a mesmerising series suspended between reality and imagination, authenticity and projection, identity and perception. 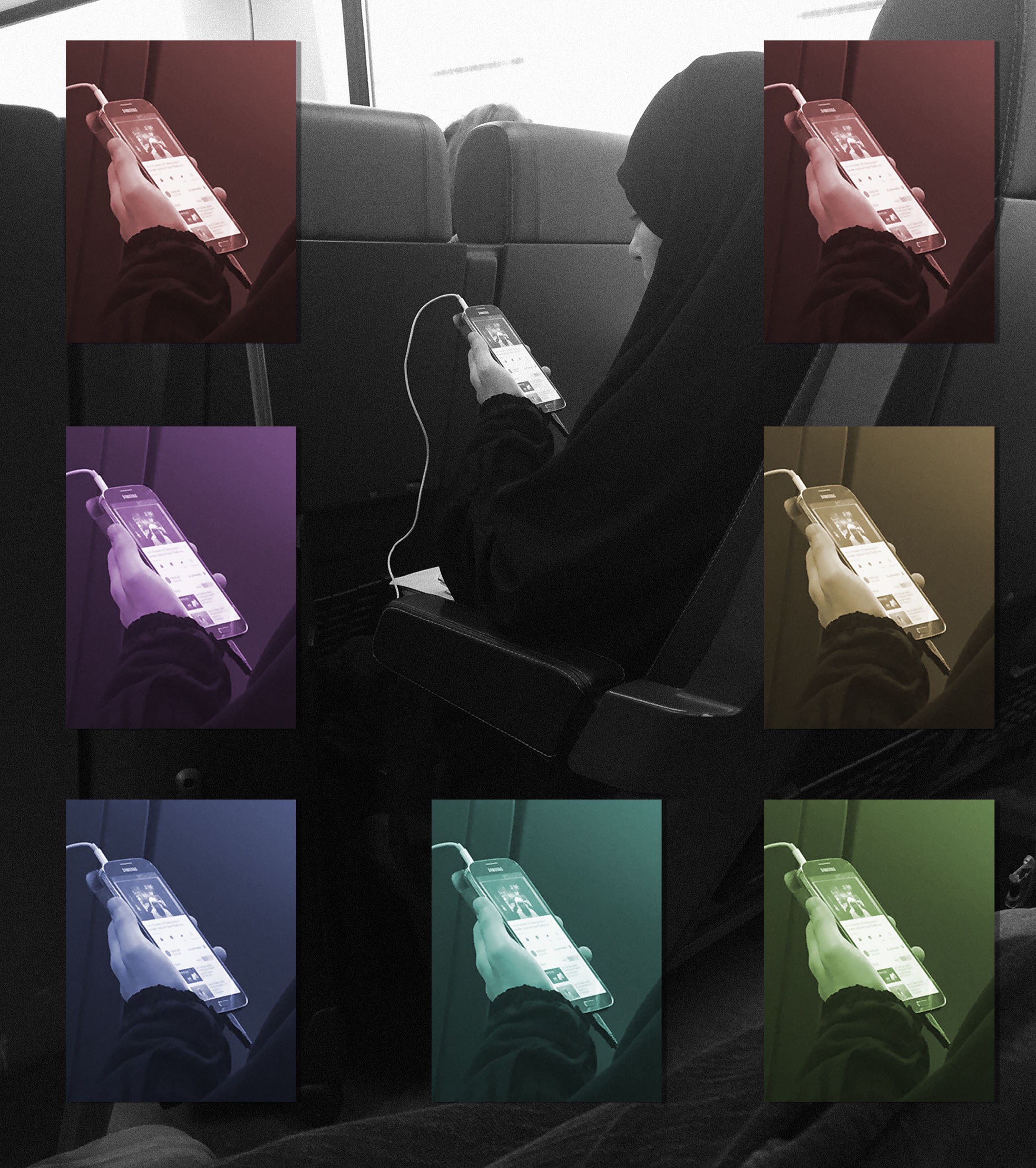 In the age of fake news, Thomas Kujipers’ artistic research about the role that politics and media play in shaping our perception of the truth seems more relevant than ever. Bad Trip was developed after the artist became interested in understanding the success of right-wing populist figures in his native country, The Netherlands, subsequently experiencing the consequences of constant exposure to their fear-fuelling mentality.

The series highlights the impact of propaganda that thrives on collective panic and paranoia, putting together a collection of selected newspaper clippings, online screenshots and notes, that immerse the photographs taken by the artist in a new context. Kujipers’ work serves as a cautionary tale for the complexities and problematics concerning the representation of reality, confronting the viewer with their emotional and rational vulnerability to sensationalism and scaremongering. 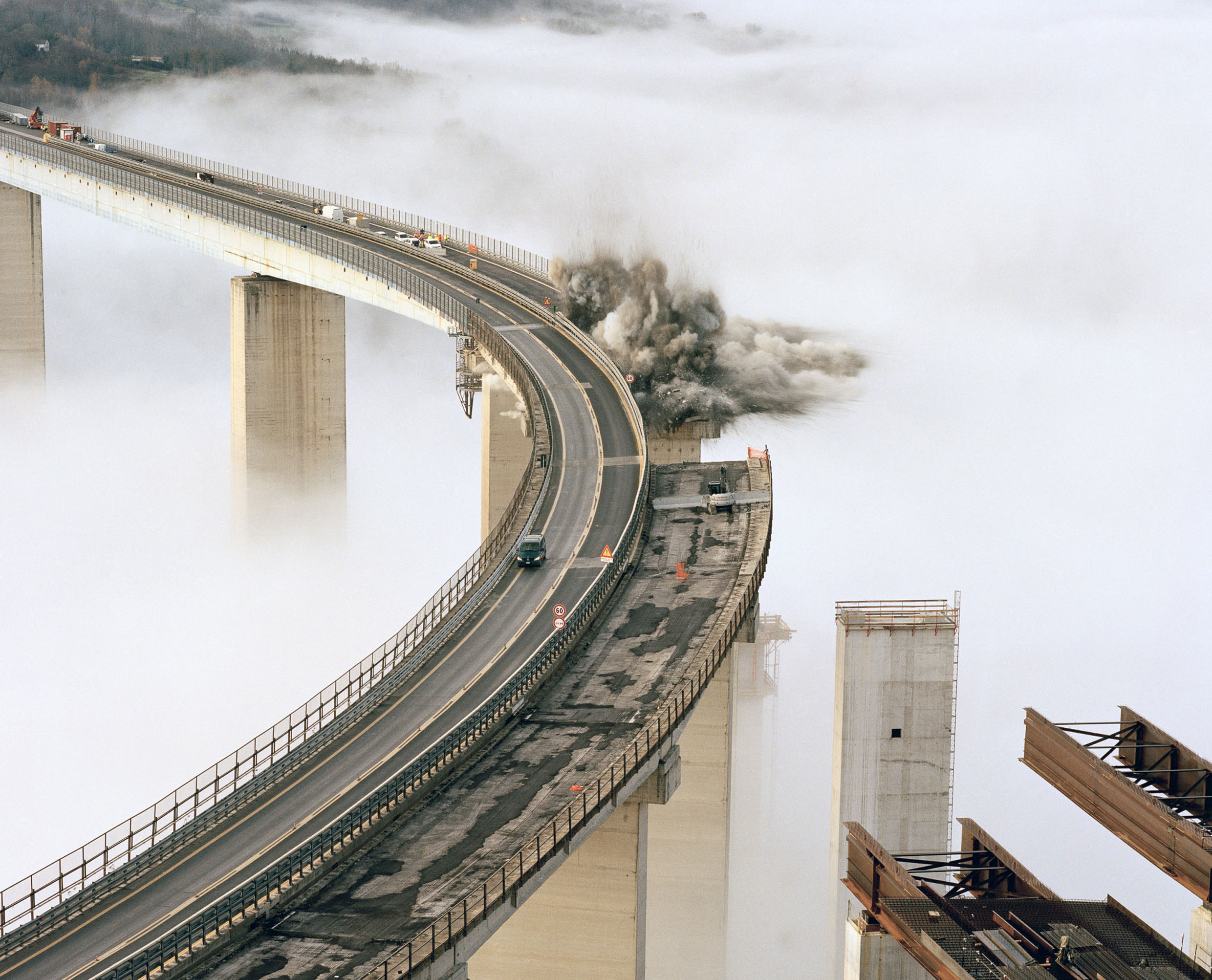 These two Naples-based artists have developed a visual project to retrace the history of the ongoing fractures within Italy’s national identity. In Fourth Person is a multimedia work made of symbolic archeological fragments – photographs, promotional materials, archival documents, images and a video piece – focusing on the province of Calabria, in southern Italy, a stronghold of local resistance to outside interventions but also a symbol of the failures of central power.

Errichiello and Menichetti don’t just chronicle, but they connect current issues with their historic premises, drawing the viewer in through thorough research, varied sources and powerful imagery, in what often looks like a fragmented panoramic view of failing political, administrative and cultural ambitions. 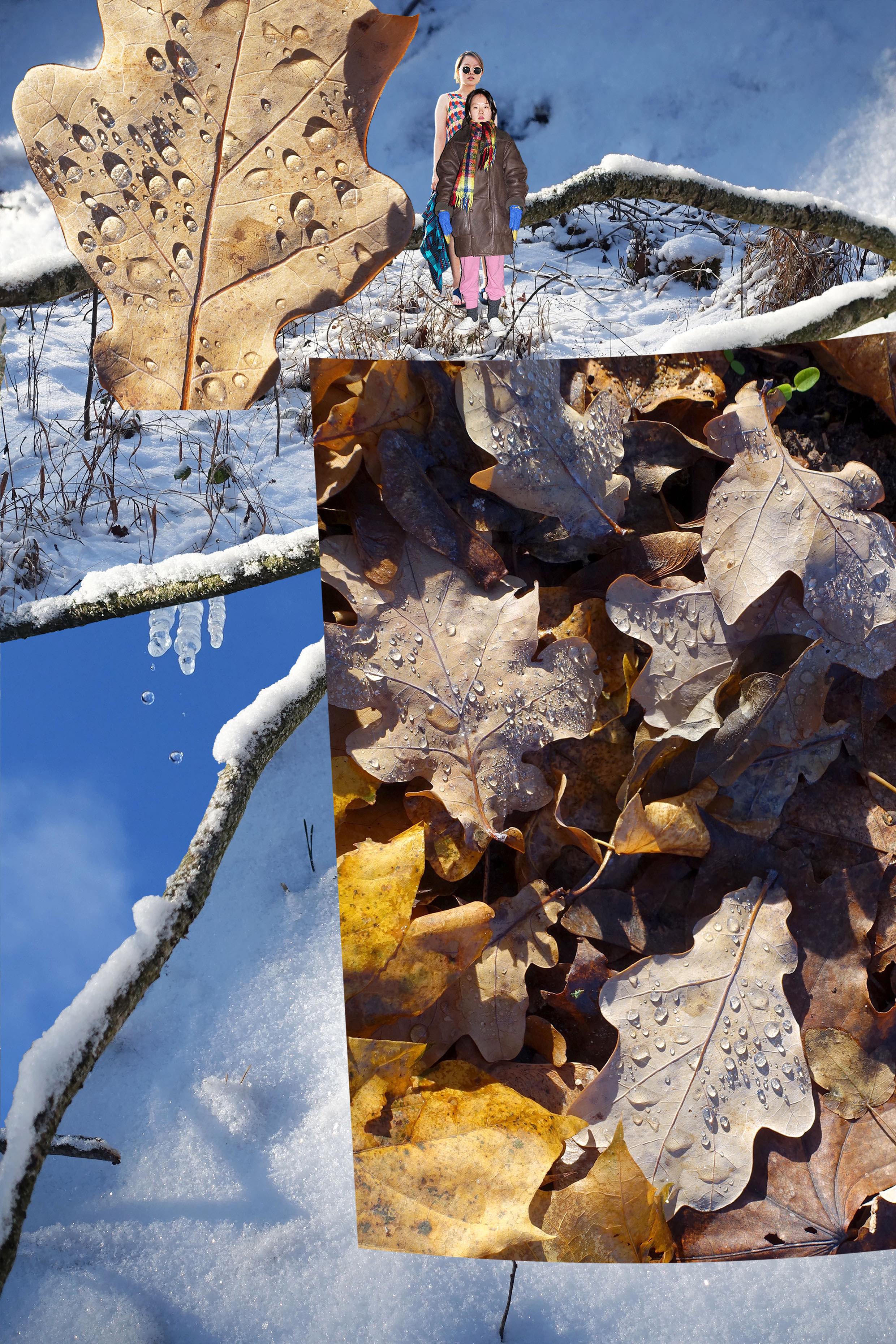 From the series It Changes / Kai Oh

Moving from her native Seoul to Bavaria to study Photography at the Academy of Fine Arts in Nuremberg, Kai Oh elaborated the experience of cultural shock through a new fascination with nature, and specifically, the forests at the edge of the German city. It Changes presents a series of collaged images of these new familiar surroundings, overlapped with faces and details from photos of friends and relatives that she had taken over the years.

Immersed in a completely new context and away from her roots culture, Kai Oh found space to explore her identity on the verge of known and unknown, aspirations and expectations, delivering a spontaneous study on the ever-changing reality of inner and outer life, and a testimony to the possibility for differences to coexist – at least in the unique digital ecosystem she created. 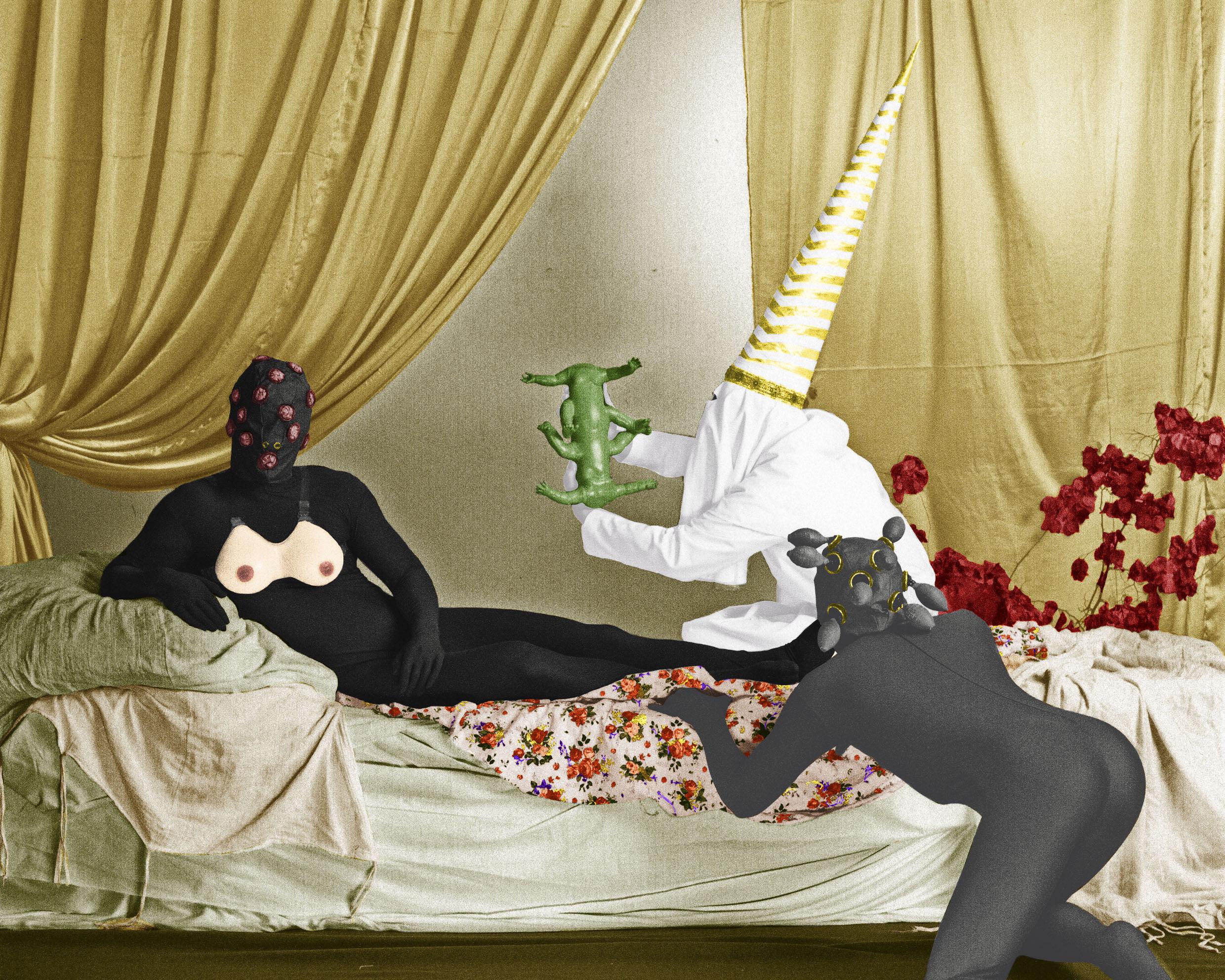 Mount Meru is a sacred mountain, in both Hindu and Buddhist cosmology, where the gods never show their real forms to humans, using representations of themselves to secure their trust and exert power. Drawing upon religious legends to explore the mechanisms behind idolatry and propaganda, Harit Srikhao’s powerful and enigmatic series reflects on Thailand’s middle-class’ relationship with religion, nationalism and royalism, after the political crisis developed between 2007 and 2014.

Set in a surrealistic dimension populated by masked creatures and full of references to the world of fetish, the imagery presented recalls violent scenes and rituals, questioning preconceived ideas of good and evil, and prompting to think of suspicious agendas hidden in plain sight.

Foam Talent is running at Beaconsfield Gallery in Vauxhall, London between May 16 and June 1o.

Linkedin
RELATED ARTICLES
OTHER ARTICLES
Writers Matt Foot and Morag Livingstone explore how four decades of collusion between the government and the police have slowly eroded our right to protest.
From the Yakuza to a biker gang, Bruce Gilden recounts capturing Tokyo and Osaka in the ‘90s.
The revered showbiz chronicler recalls his journalistic beginnings, documenting subcultural scraps in the ’80s.
The author discusses her blistering new novel about history, revolution and queer love.
To mark the anniversary of the mass trespass of Kinder Scout, a group of hikers came together with the intent of creating a new, fully inclusive culture for rural spaces.
After news broke last week around an expected reversal of the 1973 landmark law that made abortion legal in the US, protestors gathered in the UK in support of American women.