Issue Archive / From hip hop to activism: A photographer’s life on the road 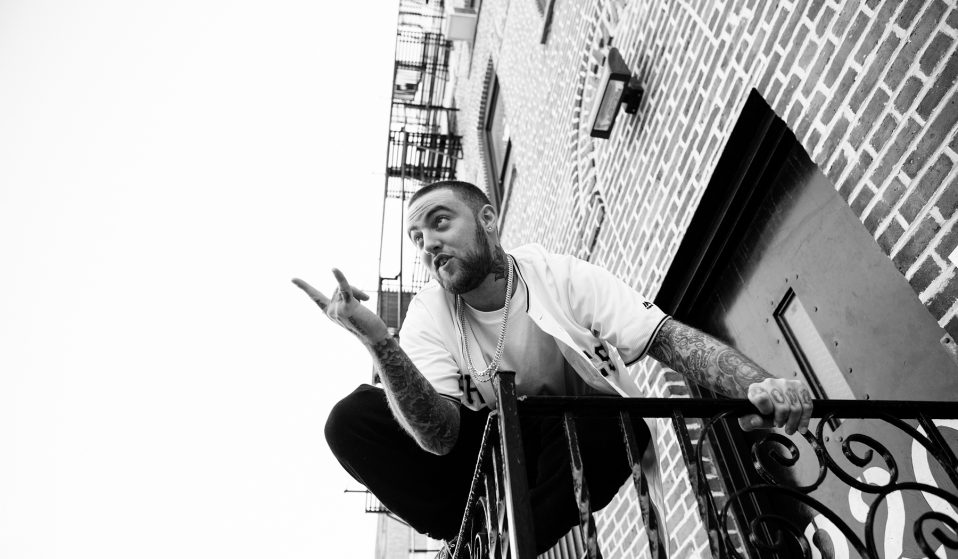 Raised on the move, Jessica Lehrman inherited a restless search for magic. These days she applies that spirit of wanderlust in a different way – documenting underground movements led by activists and rappers alike – but the underlying ethos is just the same.

Raised on the move, Jessica Lehrman inherited a restless search for magic. These days she applies that spirit of wanderlust in a different way – documenting underground movements – but the ethos is just the same.

My family follows a unique set of principles. I grew up in a transient state, travelling around the country with parents who believe in self-directed education. They have somehow ignored and bypassed the trajectory that governs most people’s lives. Whether through hippie magic or blind luck, they’ve managed to end up living where they want to live, doing things they love to do, surrounded by people they care about. Most importantly, they’re happy.

My sister and I have been incredibly blessed to grow up with these role models who cherish connection, community and shared experience above money or material possessions – two things my parents have never been able to hold on to. 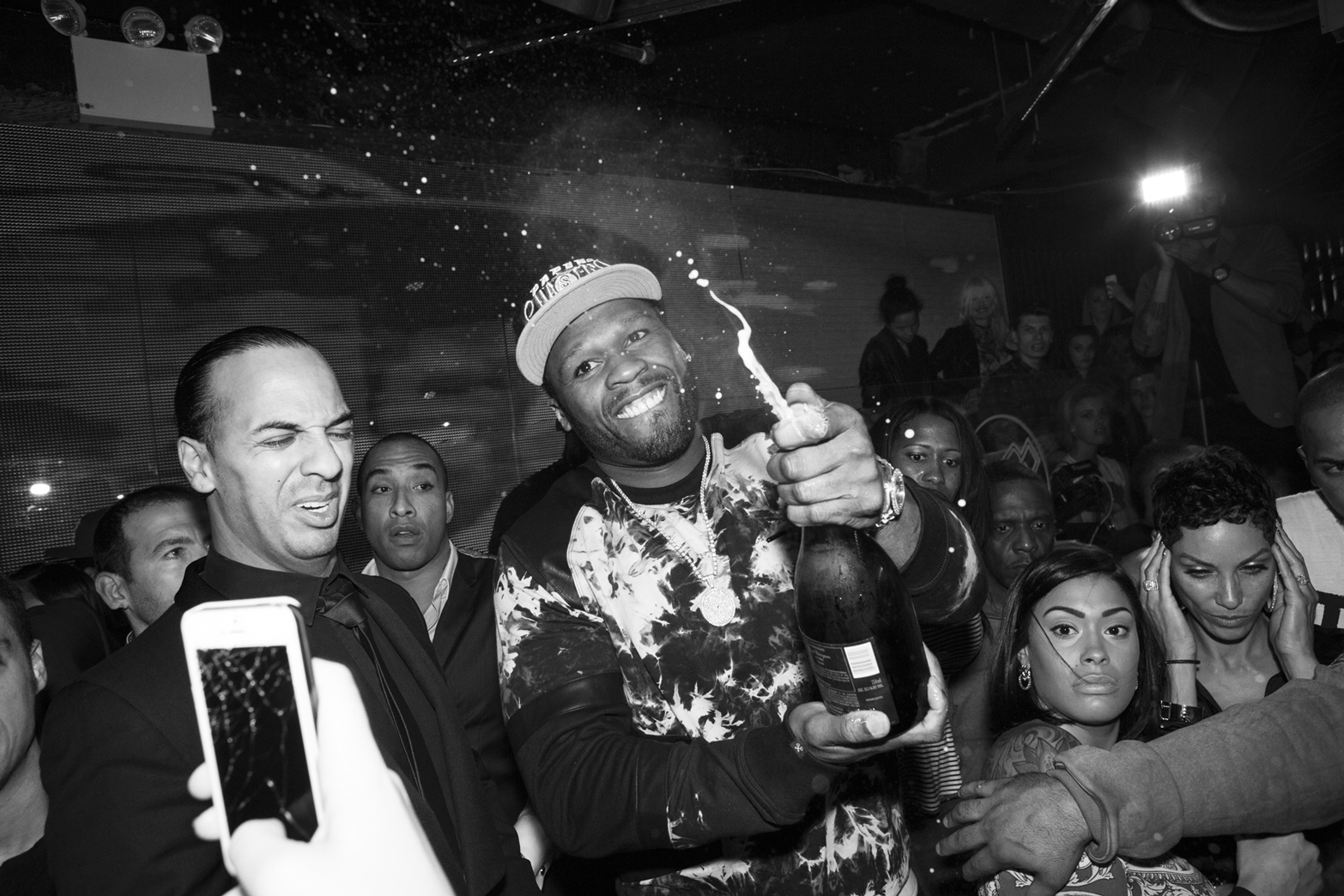 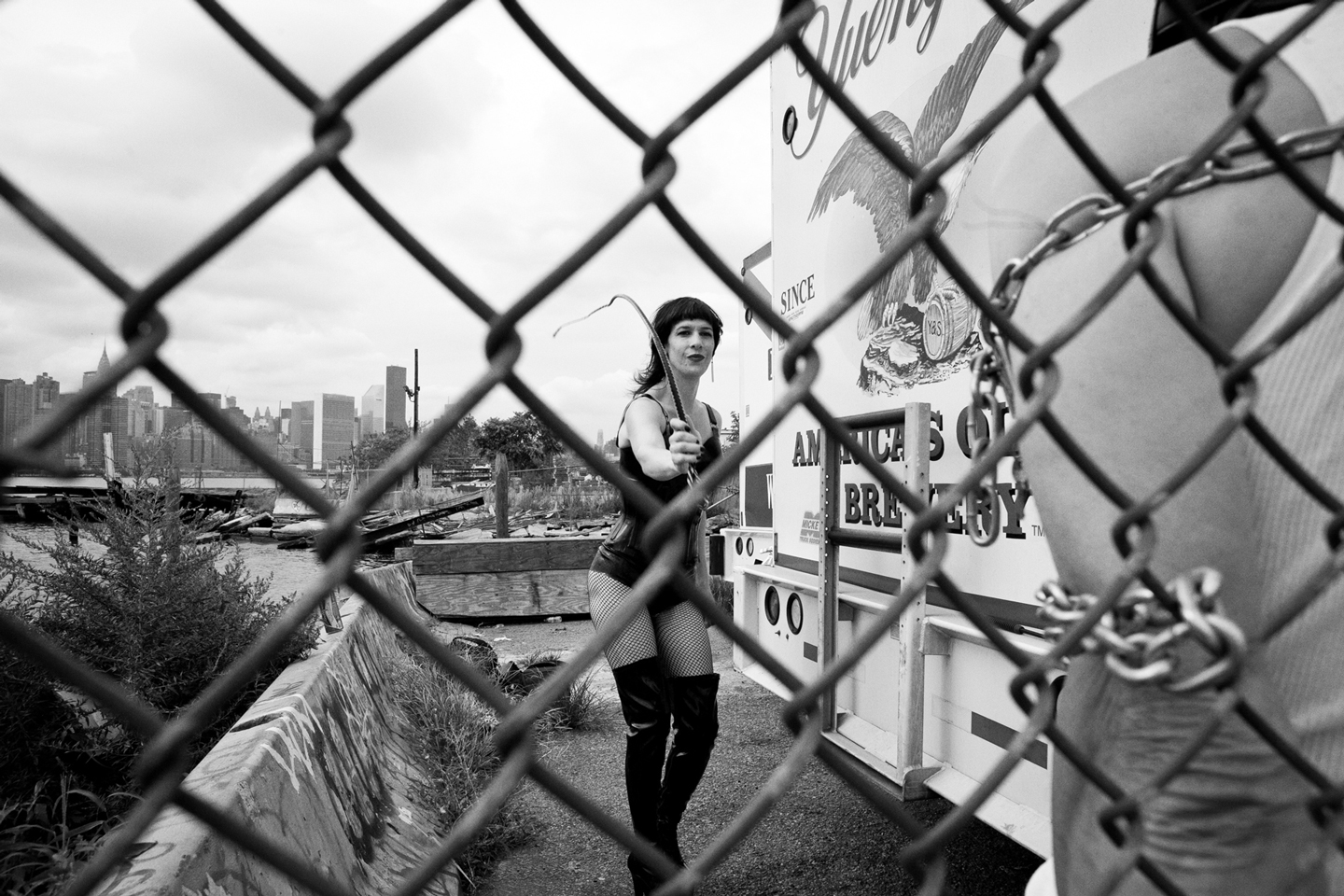 My dad, a psychotherapist, transitioned from a conventional nine-to-five by moving his clients from in-person to on-the-phone, using an improvised headset made from duct tape, foam and a giant wireless ‘brick’.

He would walk around the RV wherever we parked, talking to clients and gesticulating as if he could see them. In an era before earbuds, I’m sure onlookers thought he was crazy – but it allowed our family to stay nomadic.

Among the many communities and subcultures we wound up living in, strangers would quickly become family. There was an implicit understanding that any person you met could change the direction of your life.

We’d travel to rainbow gatherings with an alternative circus, soak in hot springs outside Zion with beings who claimed they were Pleiadians [humanoid aliens], and gather countless Junior Ranger badges from national parks along the way. 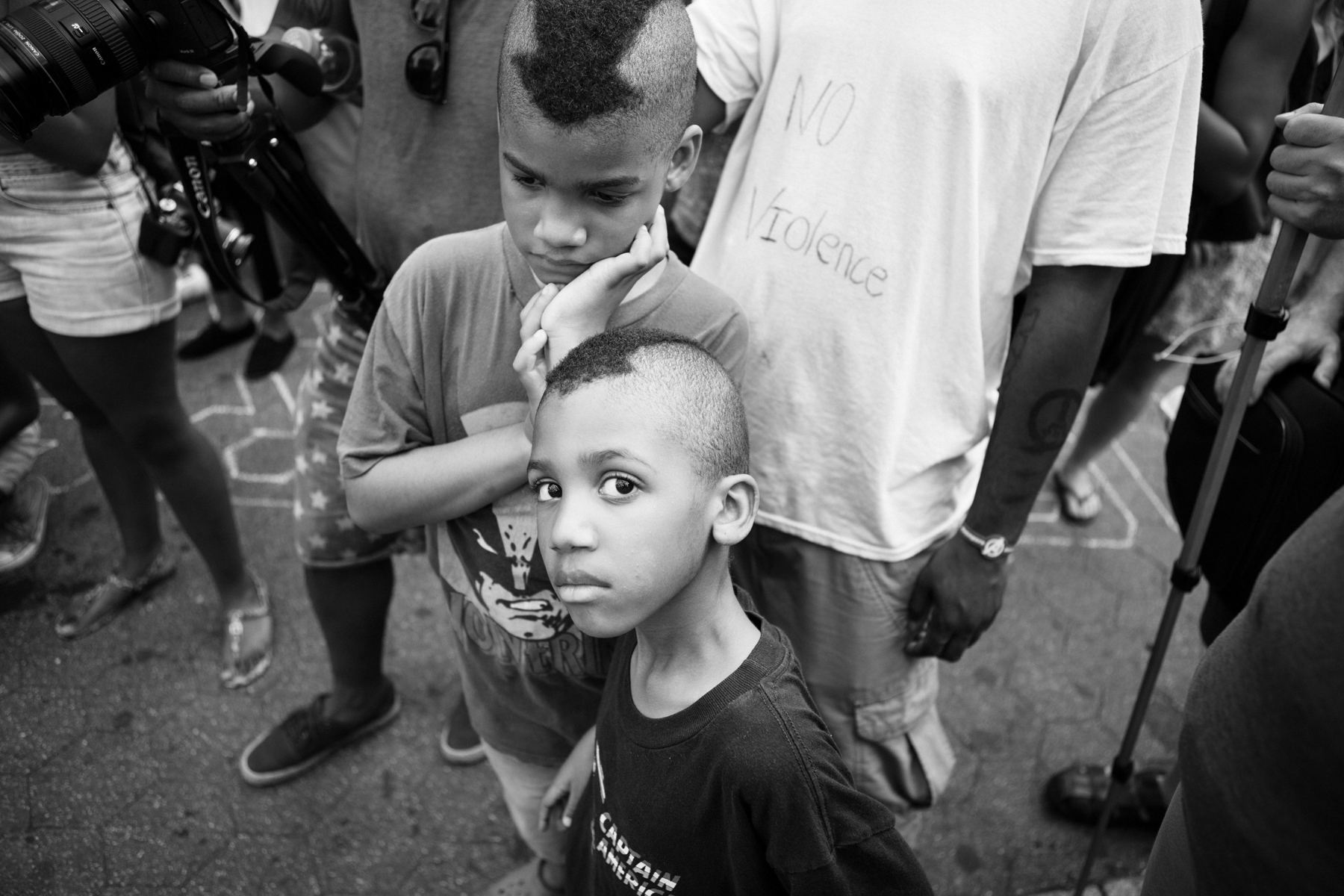 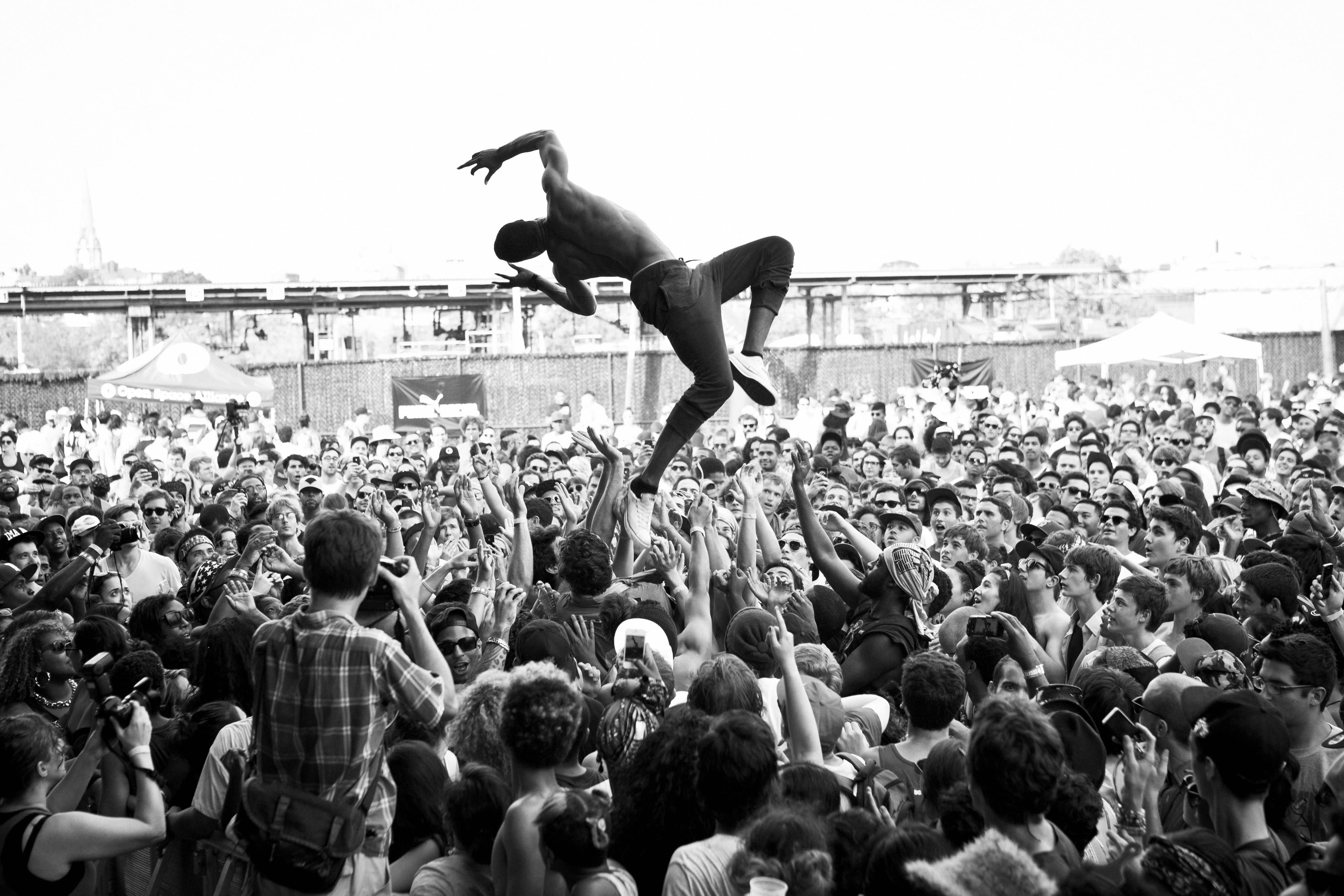 A crowd surfer at Fool’s Gold Day Off in Williamsburg, Brooklyn, 2012.

Today I think of myself as an almost comically worried person, but my parents’ freewheeling approach has made it easy for me to say yes to new experiences – something that has come to greatly influence my life and work.

I feel like I don’t know the “proper” way to do anything. I don’t share the same cultural references or fundamental worldviews the way most people seem to.

Growing up, I wanted to be a lot of things – all of them involving art or social documentation in one form or another. It wasn’t until I discovered photography that I truly found the right fit. It’s an instrument to tell stories, to learn about life, to give back to worlds I feel grateful to be part of. But starting out, I had no idea of how you were supposed to build a career. 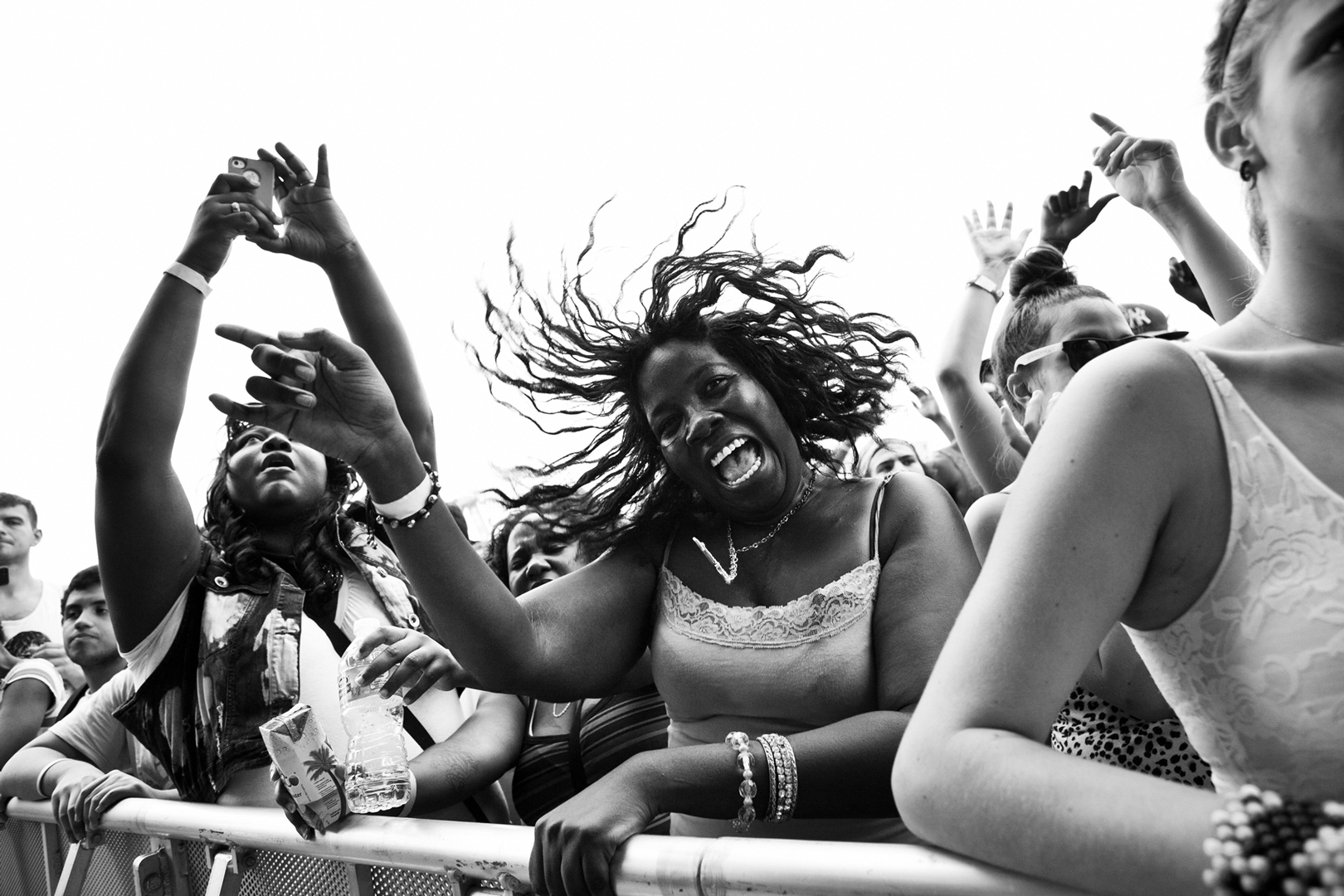 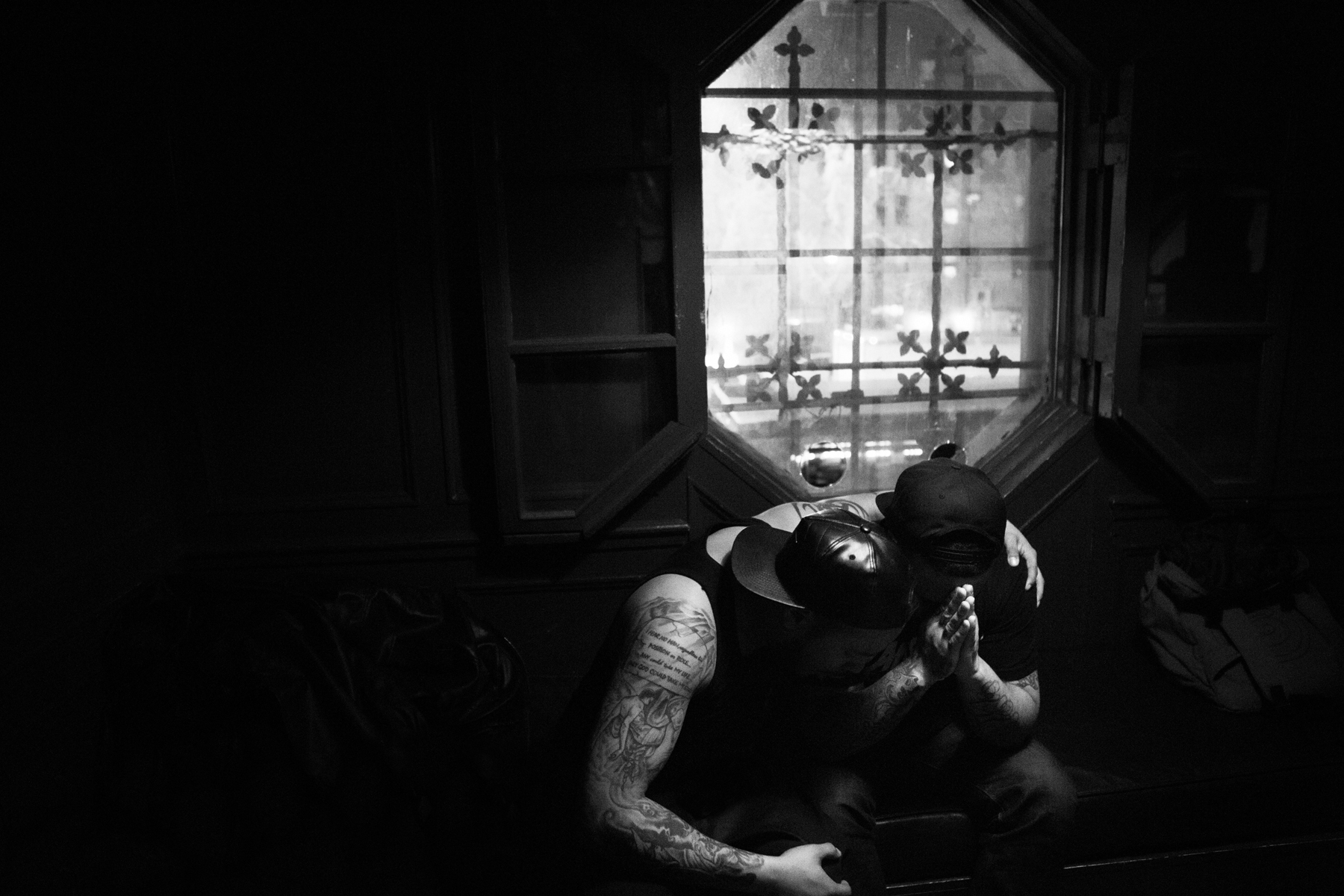 In 2008, I moved to the East Coast to study at SUNY Purchase, learning about arts management, marketing and running a non-profit. But photography quickly rose to the forefront.

Purchase is extremely music-focused, so I’d shoot every act that passed through while also photographing promo material for friends’ bands and then heading out on road trips with them whenever they had shows.

In my junior year, rather than stick with school, I decided to move to New York and pursue photography full-time. It was a risky move, especially without any money, but something about it felt right. 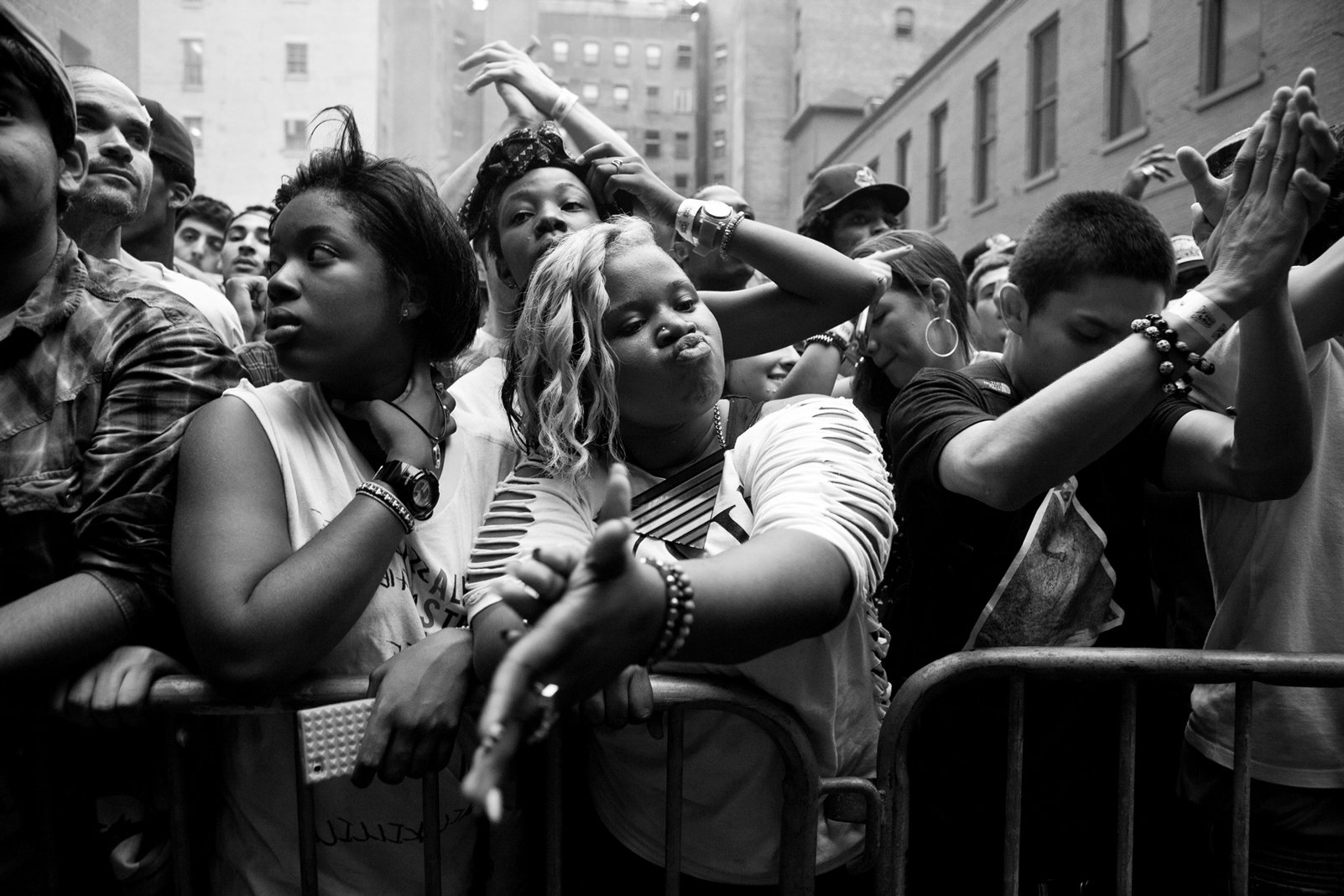 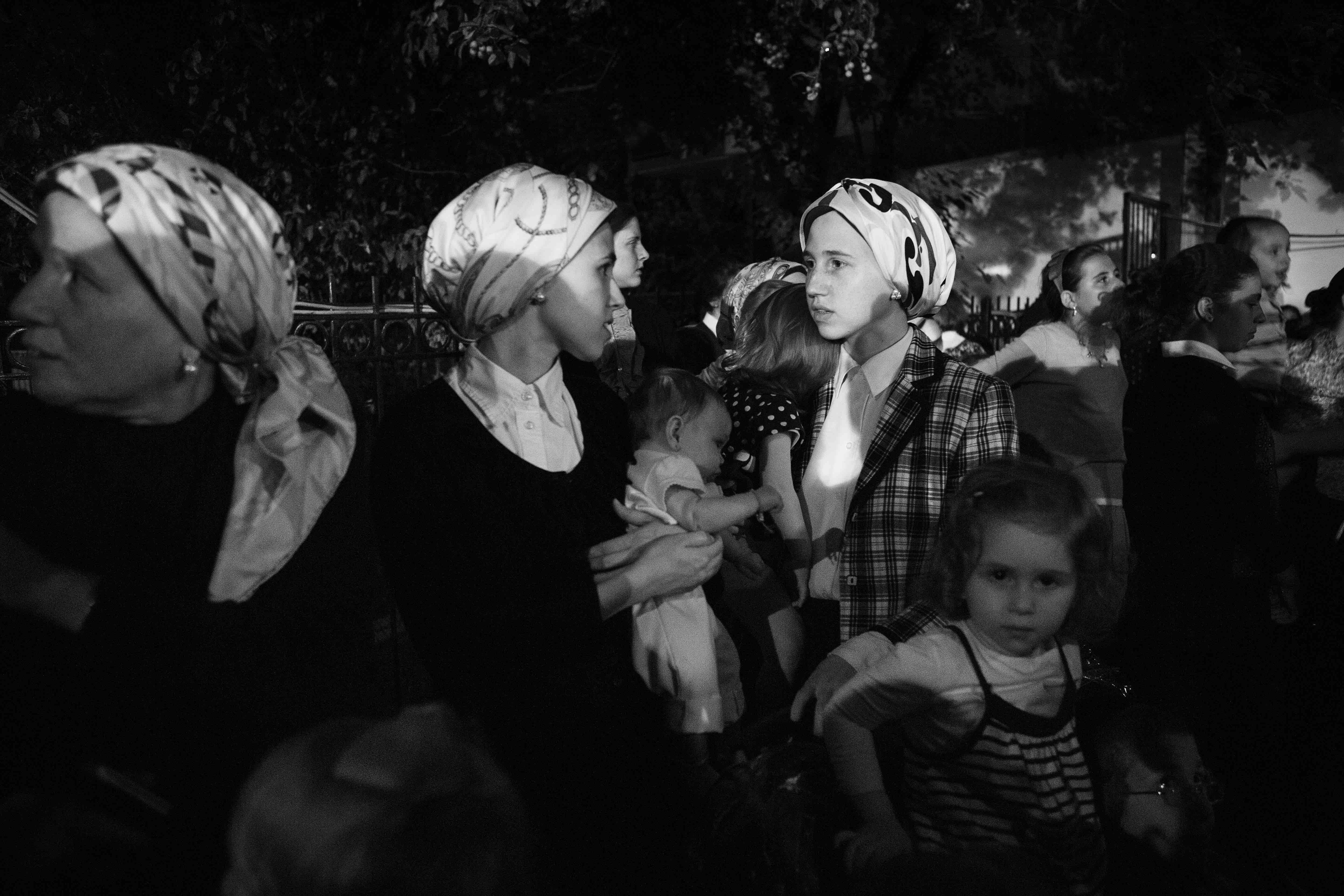 Women gather on the sidewalk during a late-night Hasidic wedding in the middle of a street in Brooklyn, 2014.

I found myself drawn to Zuccotti Park during Occupy Wall Street, electrified by the energy behind it even as I struggled to make ends meet. Then I got a call to go on a two-week tour across the South with [rapper and producer] Jermaine Dupri. I had no idea who he was, as my musical knowledge growing up pretty much ended after 1979, but it meant that I could pay rent and continue to shoot Occupy.

Being on the road with JD became an incredibly formative experience. I fell in love with the way new friends become family on the bus, buoyed by the rush of photographing in a new city every night, working alongside a team of people all excited about their part in the puzzle.

Hip hop started to feel like home, and something about this time imbued my career with newfound momentum: I’d spend my days shooting protest movements, my nights documenting the lives of underground rappers. 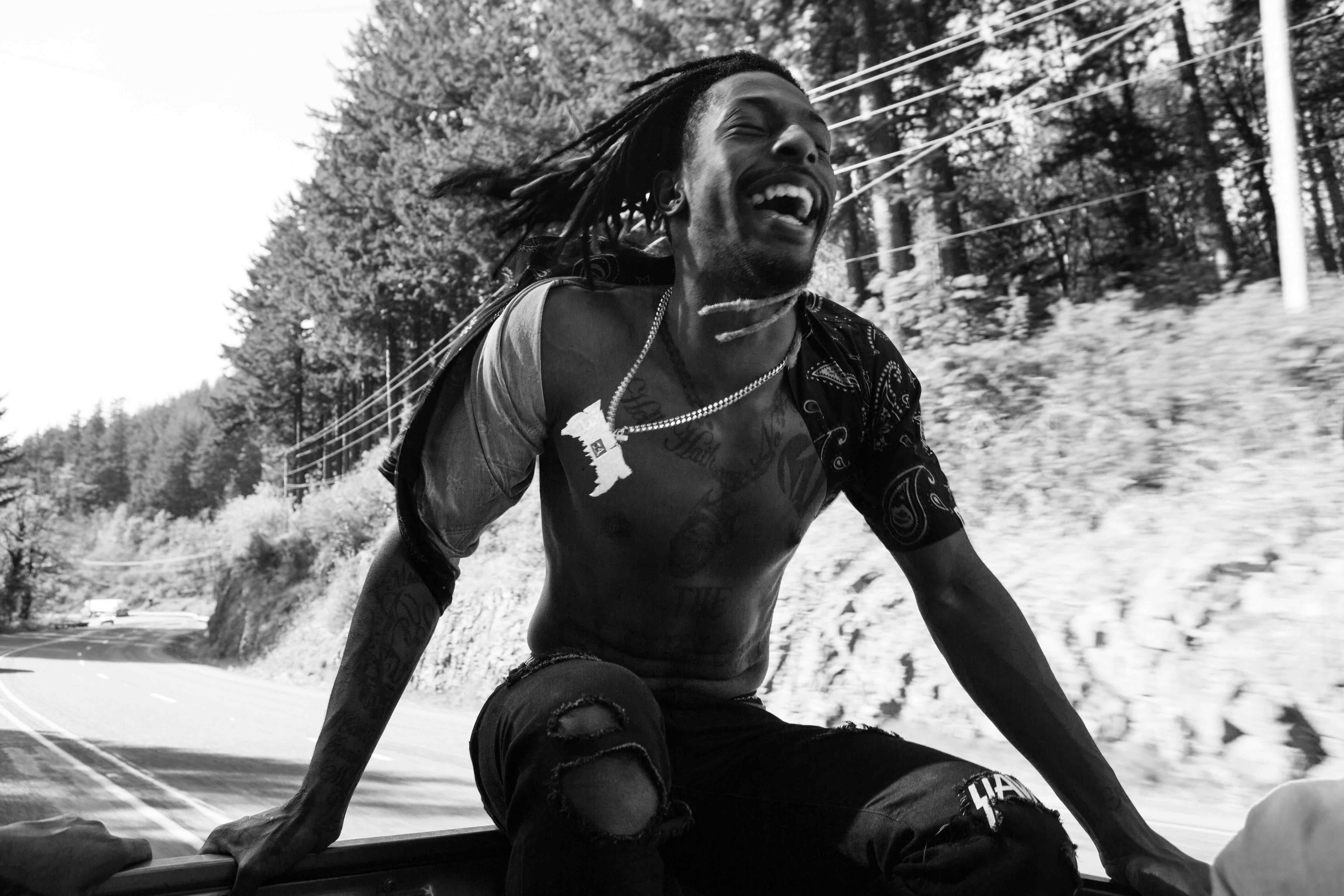 apper Meechy Darko of The Flatbush Zombies rides in the back of a pickup truck on the way to a mountain hike in Washington State, 2016. 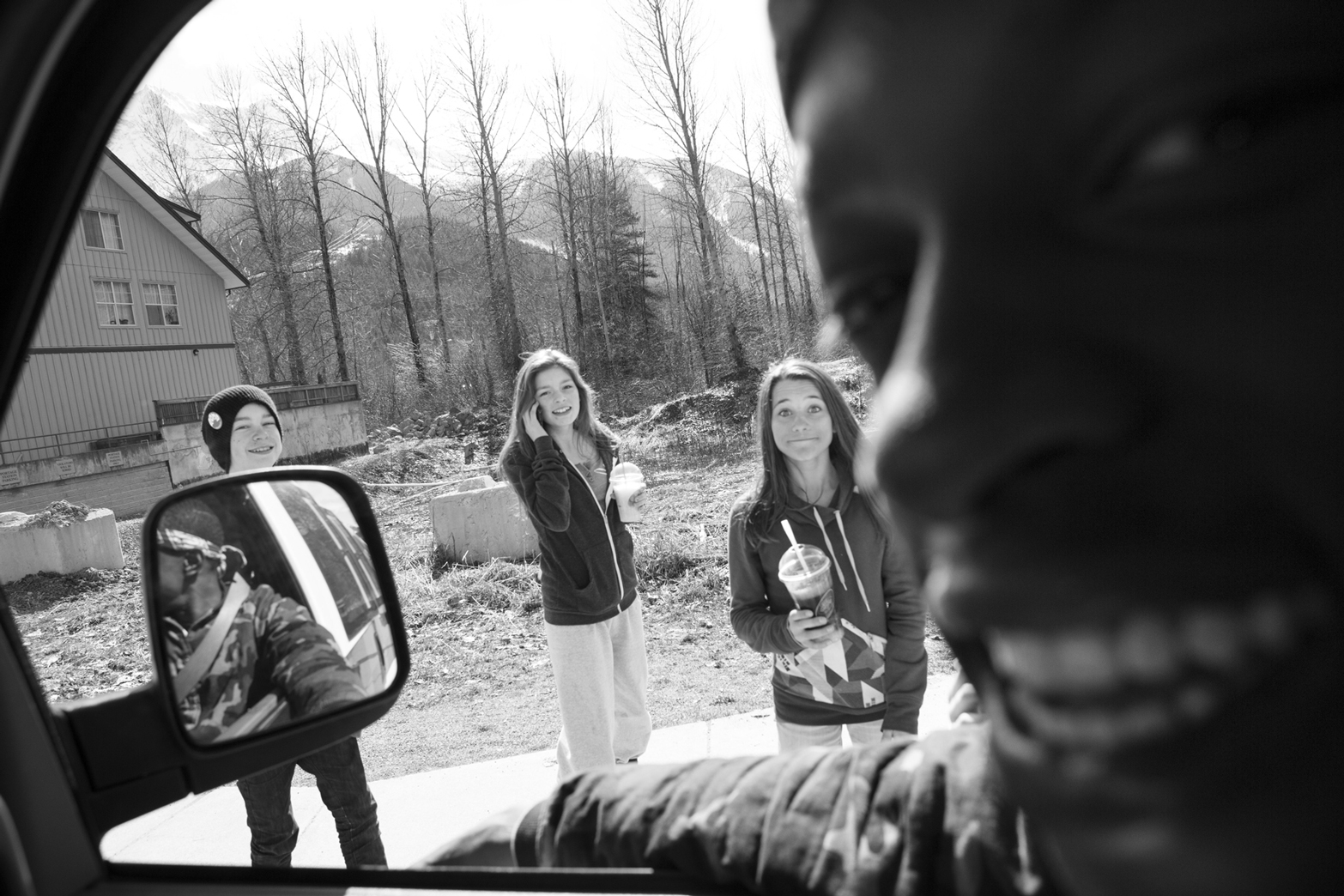 I am deeply drawn to stories of personal and social transformation, of togetherness and family, of incredible groups doing incredible things on their own terms. Within all that, I can recognise an attraction to intense acts of dedication, whether it’s to one’s craft, one’s family or one’s beliefs.

Over the last decade, all of the stories I’ve spent time on have had that in common. It’s been a constant state of exploration that has taken me on tours with drag queens through middle America; I’ve ended up in the President’s office, at a roller disco in Brooklyn, among the protectors of Standing Rock, even at the site of natural disasters. Every time, a door opens to another world and new characters to tell me about it. 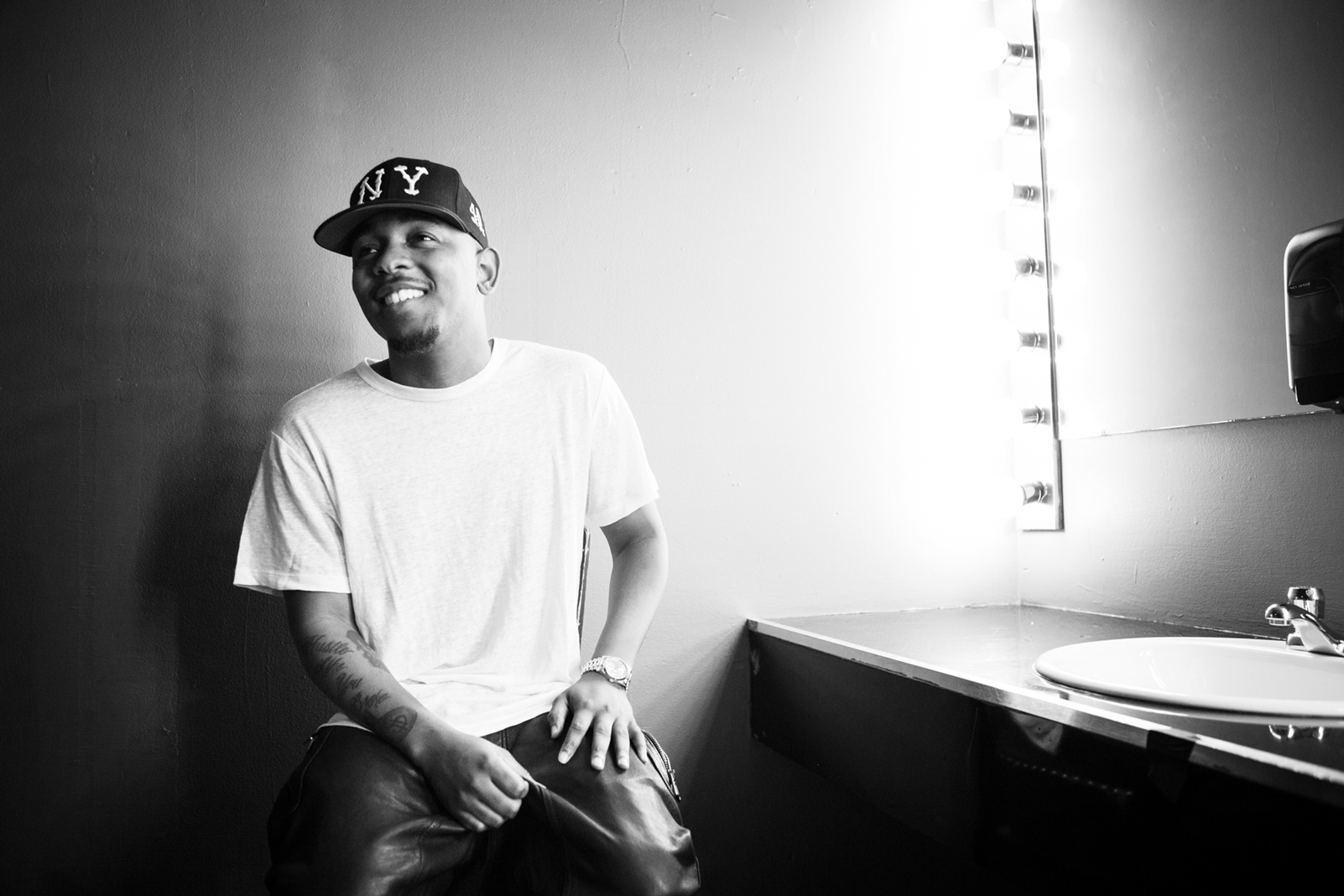 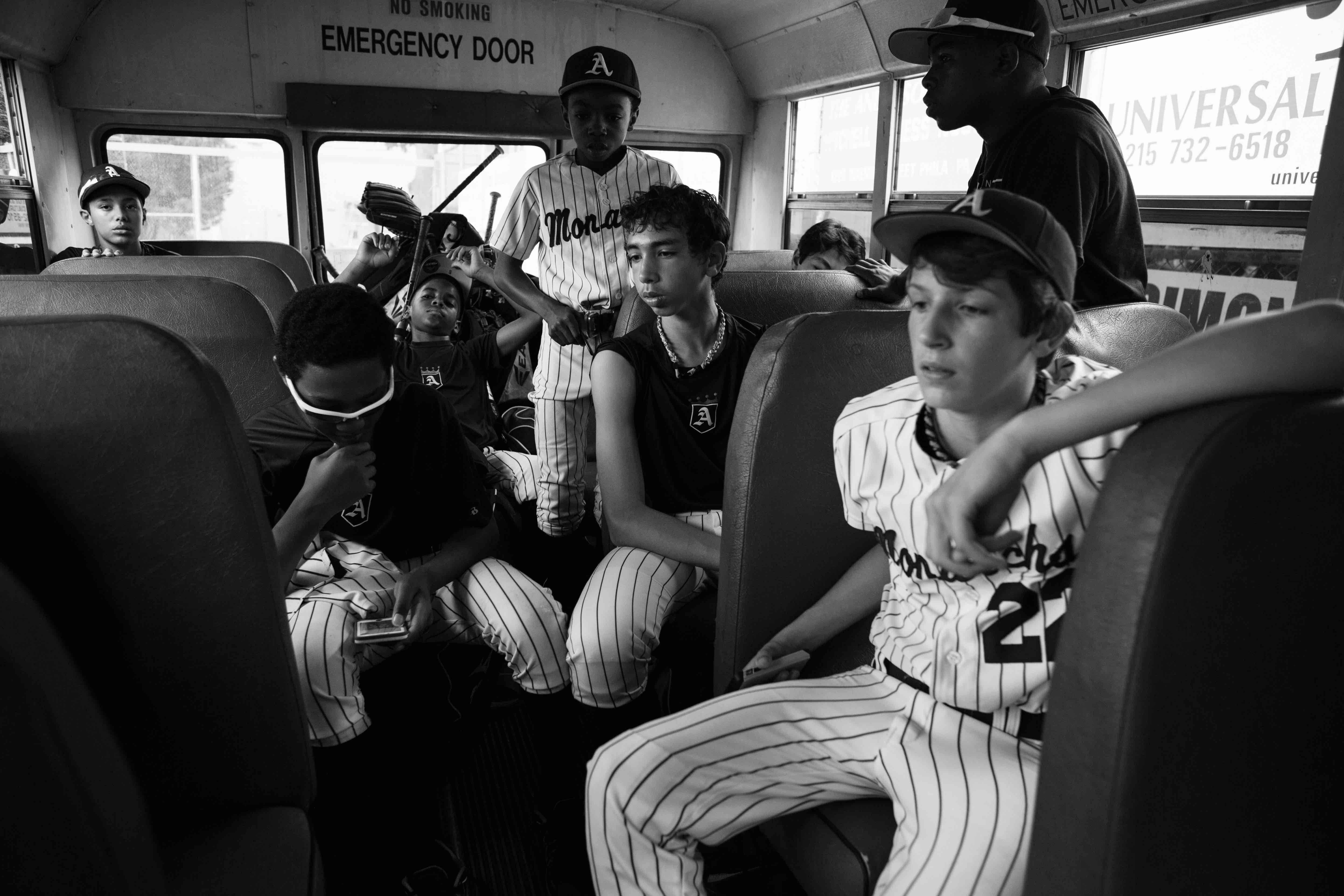 Baseball team the Philadelphia Anderson Monarchs, on their way to a game in New Jersey, 2015.

Looking back, this is the only thing I’ve ever felt completely comfortable doing – and it’s hard to imagine the future unfolding any other way. My whole life has been documented because my parents believed that everything that happened in our lives was special, that every moment had the potential to be of huge importance.

I am carrying on that tradition today with a new group of friends and family. Every day remains unknown, and potentially magical. That much is the same. 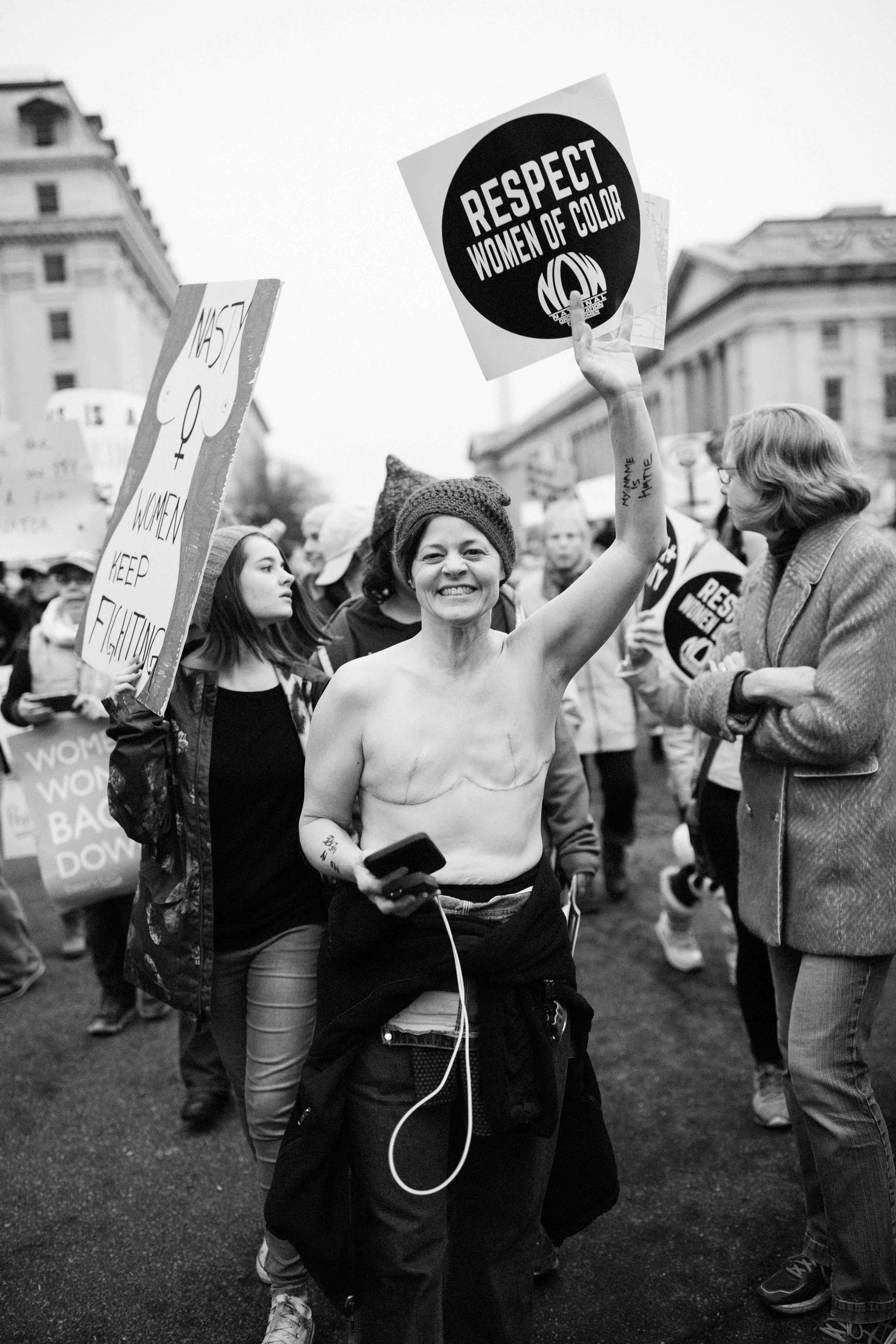 Demonstrators as part of the Women’s March line the streets of Washington DC one day after Donald Trump’s presidential inauguration. 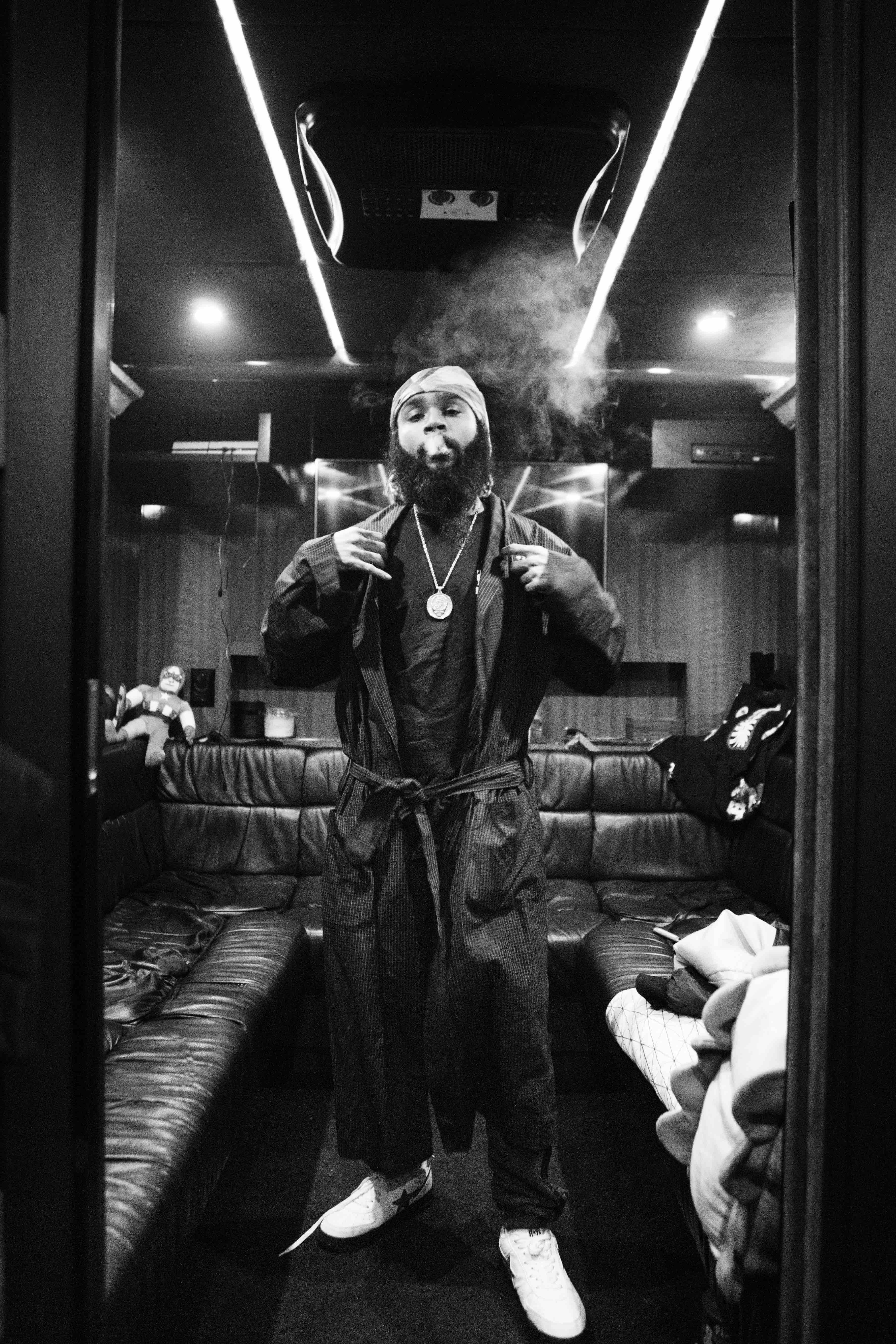 Meechy’s groupmate Juice poses for a portrait late one night in the back of the tour bus.

Linkedin
RELATED ARTICLES
OTHER ARTICLES
Those set to be impacted by the governments ’undemocratic’ bill explain why it risks silencing them.
Despite the easing of Covid-19 restrictions, the issue of over-policing on university campuses remains.
Photographer Philipp Mueller reminisces on shooting Zurich’s thriving nightlife in an era fuelled by experimentation.
Photographer Alice Mann reflects on capturing the camaraderie and discipline it takes to succeed in a highly-competitive sport.
Ahead of the policing bill reaching its final stages in the Lords, protestors came together to rally against the legislation.
From the queues outside to the last ones standing, Francesco Mellina’s new photo book follows a night that has gone down in the Northern-Soul history books.