Art & Culture / Photography / The Travel Diary: Walking the streets in one of America’s most dangerous cities 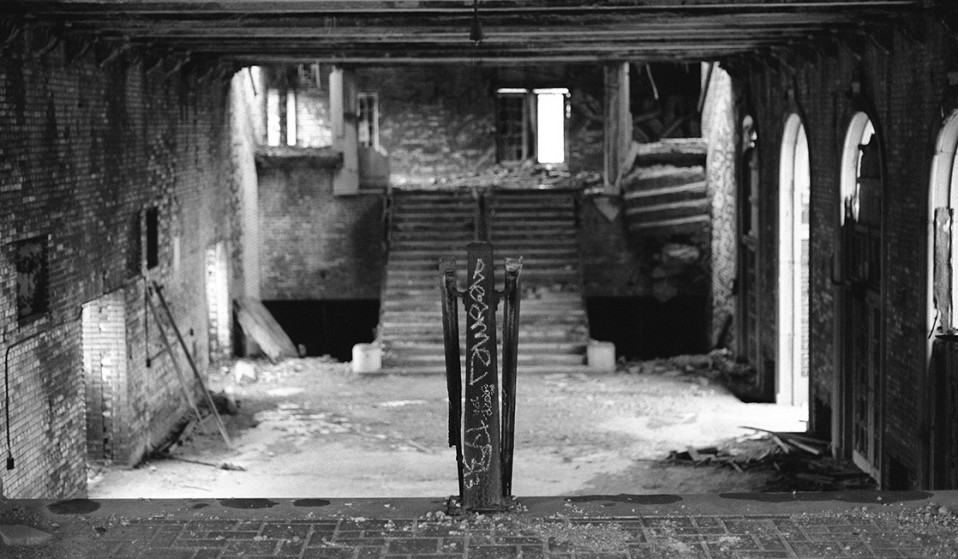 The city of Gary, Indiana is an abandoned, desolate place, and one of the most dangerous towns in the United States today.

The city of Gary, Indiana is an abandoned, desolate place, one of the most dangerous in the United States. Amongst the decay and the danger photographer Matthew Smith documents a city in crisis.

Gary, Indiana is a small industrial city just 30 miles outside of Chicago. It’s a city that used to be a thriving, bustling community, but now an estimated 6,500 of the 7,000 properties that make up the place have been abandoned. The city’s streets are now a hotbed of criminality. Over the past three years, some 80% of jobs in Gary have disappeared, the US’s declining steel industry the most obvious explanation as to why.

The town is now also infamous for the actions of depraved serial killer Darren Deon Vann, who hid the bodies of his seven female victims in the derelict buildings that populate the city. Over the years there’ve been endless proposals of ways to improve Gary, to make it once more a city that lives and breathes. Back in 1993 Donald Trump himself drew up plans to open a casino here. Then Trump Casino went bankrupt.

That’s not to say the place doesn’t have other noteworthy, more positive, claims to fame. On 29 August 1958 it was right here in the city that Michael Jackson was born, spending his early years in a two-bedroom house on the aptly named Jackson Street. A hand-painted still sits proudly on a wall case to City Hall, a monument to a time when the city was alive and kicking.

If you were to research “Gary, Indiana”, what you would just see the murder convictions, the crime stories, its name emblazoned as one of the worst cities in America. You’ll be offered tips on how to stay safe, most people online suggesting to not leave your car at all, or even stop for gas. After having spent a few days in the city I can tell you that the internet is not over exaggerating the dangers of this place.

It feels like a desolate urban wasteland, where anything could happen.  It’s almost like an apocalyptic city where everyone is simply fighting for survival. I felt very exposed every time I left my car to take a photograph; my head was on a swivel the entire time, and when I headed home for the day I was completely exhausted from constantly keeping watch.

I can honestly tell you that I have no idea how to fix Gary, Indiana, and I certainly don’t claim to have answers. I’m a photographer, I document, and I look on. But what I can tell you is that I left the city feeling like I needed to do something, anything to help. The best I can do is show my photographs, start conversations, show a city in the midst of a crisis and despair. I originally drove in to Gary with the intentions of making some black and white landscape images of the desolate church and a few of the decaying buildings. I left with a strong desire to do something.

Linkedin
RELATED ARTICLES
OTHER ARTICLES
Whether it's partygate, the climate crisis or the spiralling cost of living, the fightback begins on the picket lines writes Tommy Vickerstaff
Yesterday queer activist group Lesbians and Gays support the Migrants staged a die-in at the Pride in London parade to protest the inclusion of police in the march reports Huck politics editor Ben Smoke.
In the wake of the decision by the supreme court to overturn Roe v Wade, thousands of protestors filled the streets to express their rage and anguish.
The last few years have seen an increase in LGBTQ-led initiatives to feed the hungry, with many finding ways to stay afloat despite the challenges.
With inflation now at a 40-year-high of 9 per cent, demonstrations organised by TUC took place to demand action from the government.
50 years since its inception, and the campaign calling for recognition that capitalism depends on domestic labour is as pertinent as ever.