Art & Culture / Life inside the torture clinics that ‘cure’ homosexuality 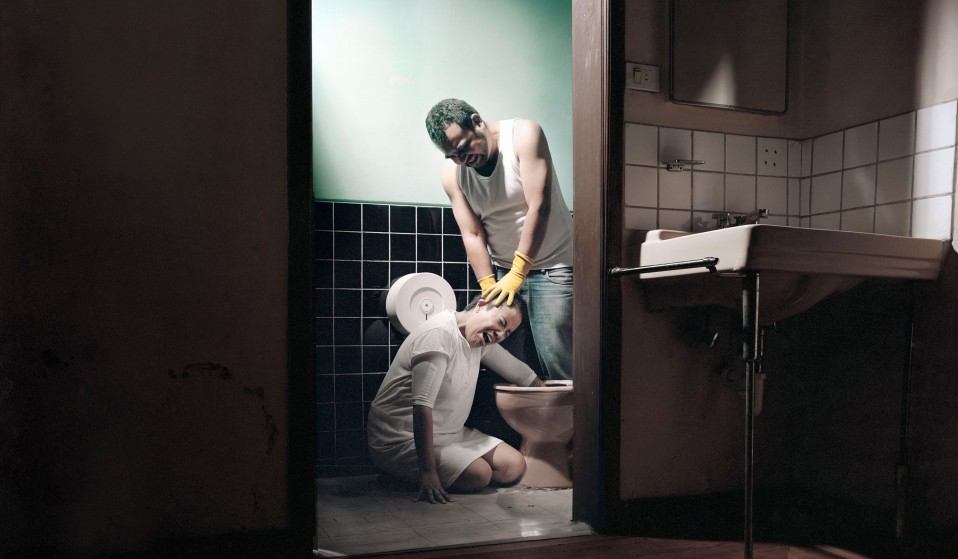 Photographer Paola Paredes went undercover to document an alarming trend: the Ecuadorian rehab facilities that 'treat' gay people by brutal force. Drawing from the accounts of former patients, she pieced together why some people never make it back.

Photographer Paola Paredes went undercover to document an alarming trend: the Ecuadorian rehab facilities that 'treat' gay people by brutal force. Drawing from the accounts of former patients, she pieced together why some never make it back.

Three years ago, Paola Paredes came out to her family on camera.

Sitting around the dinner table with her two sisters and their parents – both Ecuadorian Catholics – the 28-year-old looked down and took a deep breath before saying, “I’m gay.”

The conversation lasted over three hours, with three different cameras taking a photo every five seconds just to capture every emotion in detail. 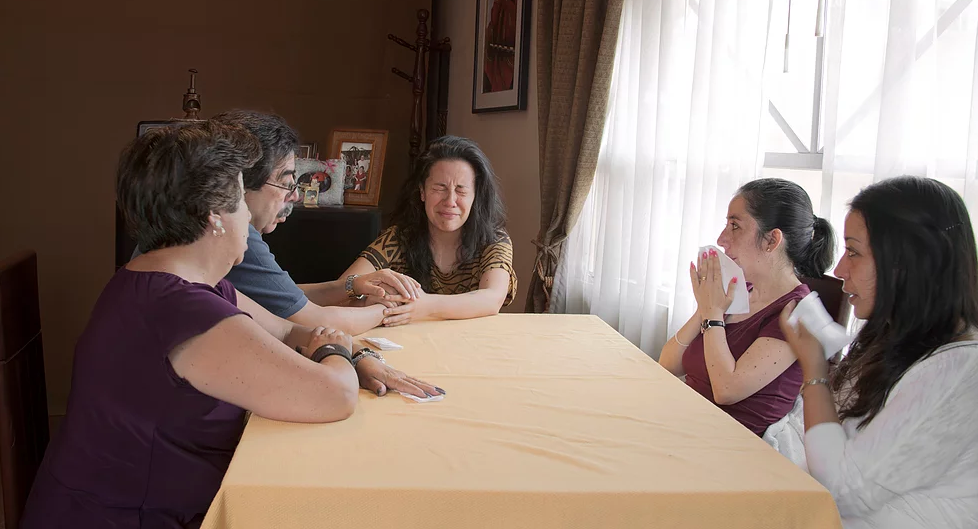 From ‘Unveiled’ by Paola Paredes.

The resulting project – titled Unveiled – had a viral impact. “A lot of gay men and women contacted me from all around the world, sharing their own stories about coming out,” says Paola, whose parents fully supported her.

“Those letters gave me a sense of purpose. I understood that I could use art to communicate important stories and, soon after, I knew what my next project would have to be…”

One year beforehand, in 2013, a friend told Paola about clinics that claim to ‘cure’ homosexuality using torturous techniques such as starvation, abuse and, in some cases, ‘corrective rape’. This wasn’t just in Ecuador, however: similar clinics exist in places across Europe, the US and South America. 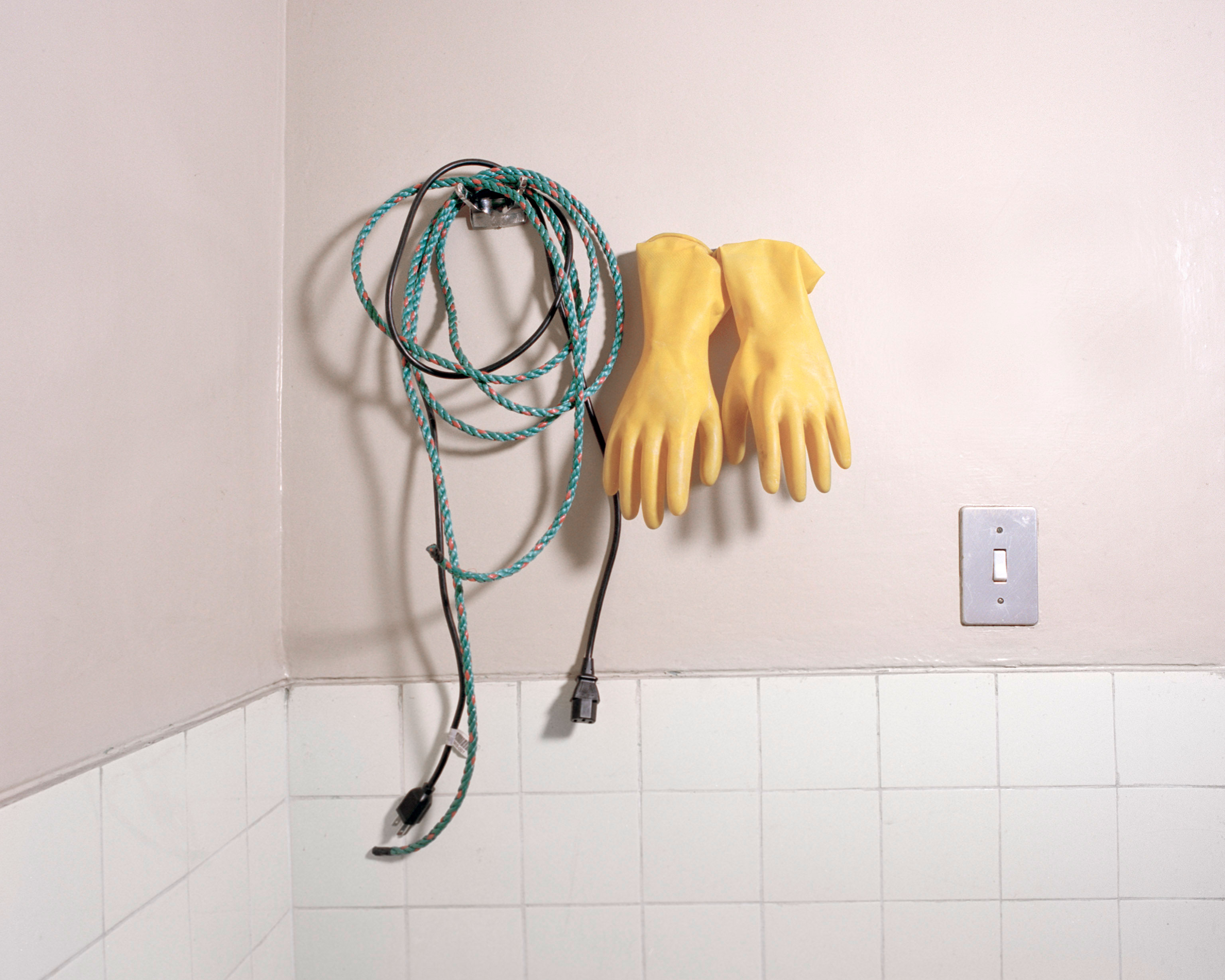 “Since I was going through my own personal journey with my sexuality at the time, it affected me in a completely personal way,” says Paola, 31, who studied graphic design before moving to London on a photography scholarship.

“The thought that I could be locked up in one of these clinics myself lingered in my mind for years and I think, deep down, I knew I had to create something about it.” 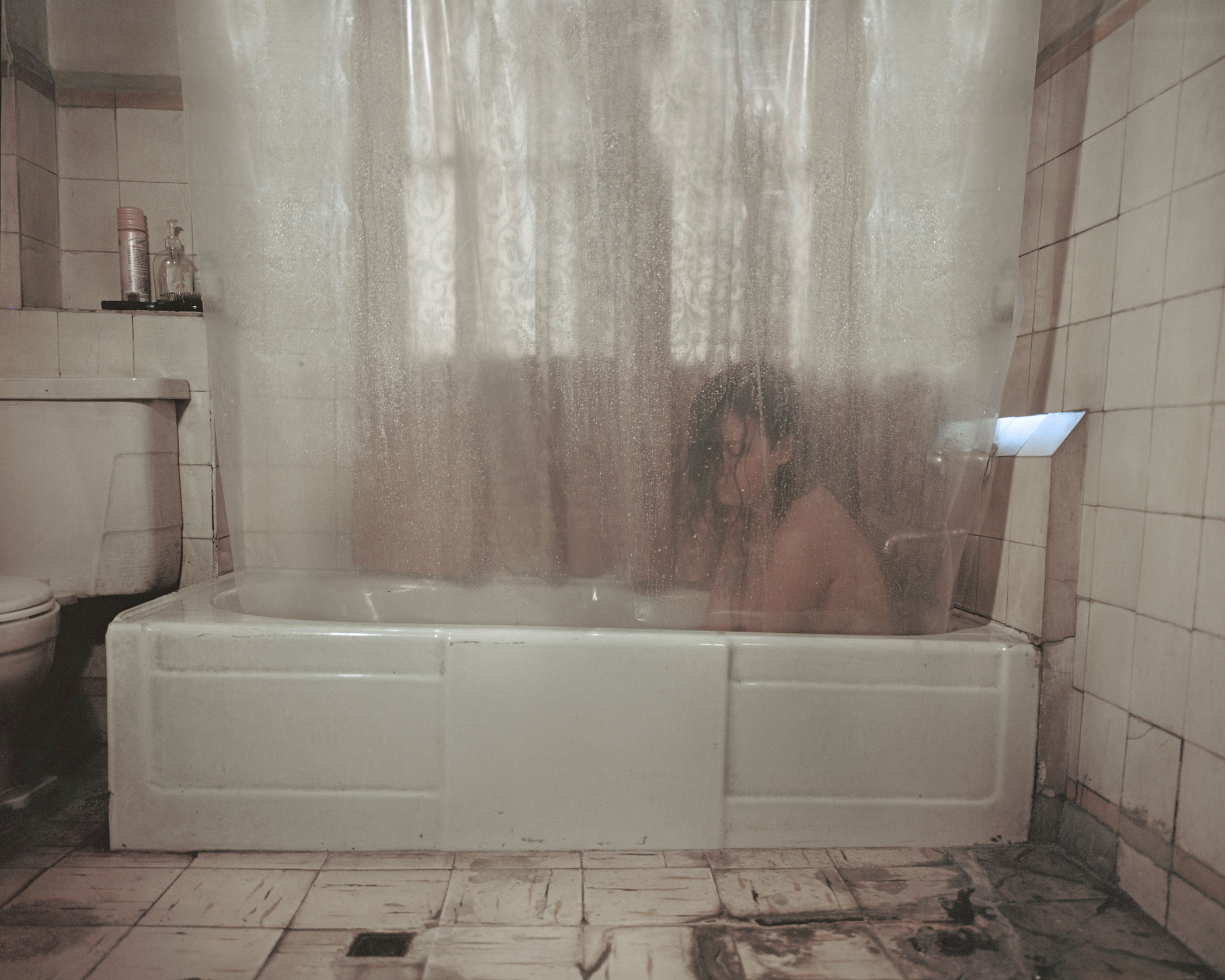 Paola spent months researching these clinics and interviewing former patients. Outwardly, she explains, they operate as treatment facilities for alcoholics and drug addicts.

But in reality they apply the same practice to homosexuals, pregnant teenagers and even prostitutes who have been admitted by their parents. 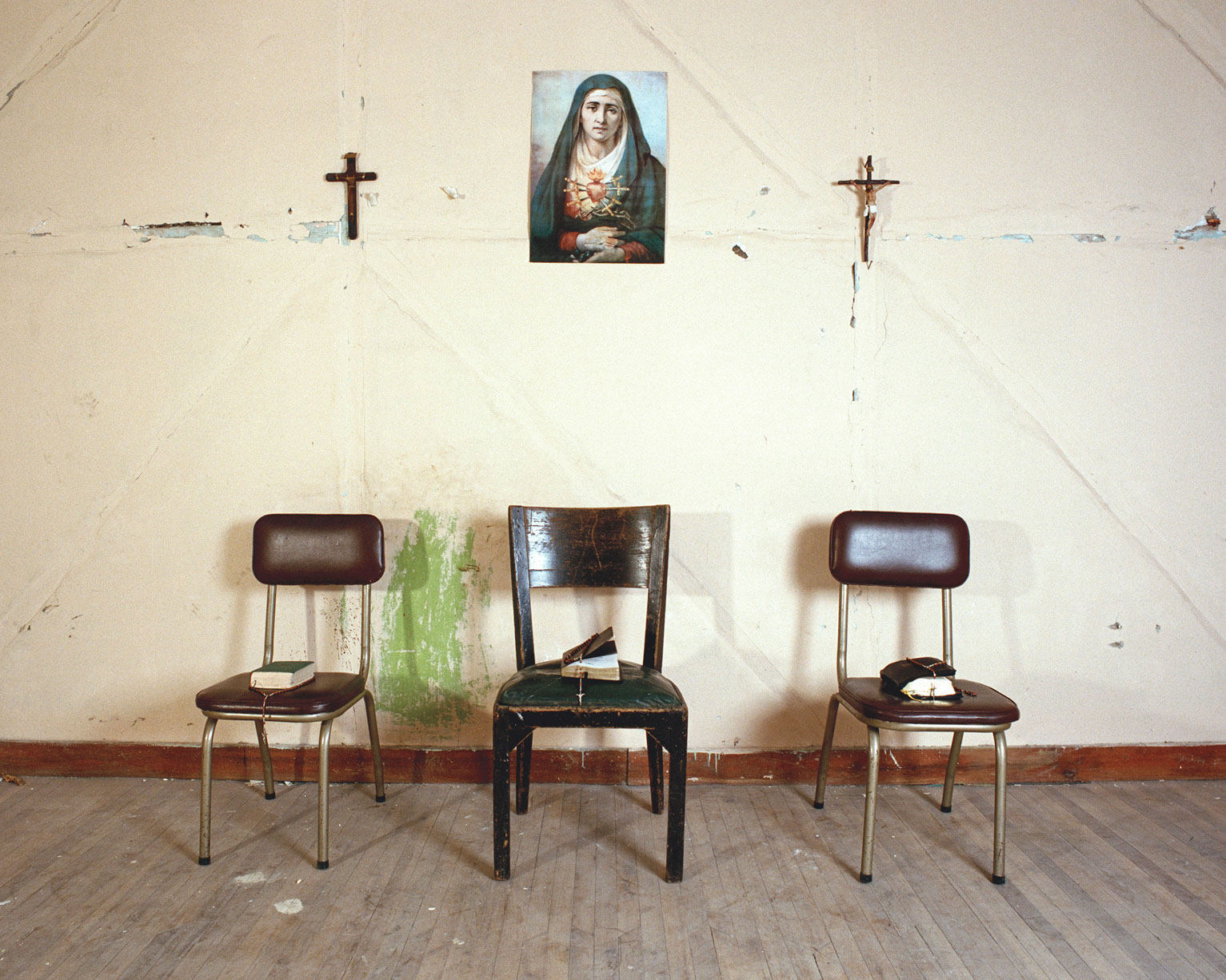 These institutions are highly religious, Paola adds, and the only way out is successful ‘rehabilitation’ – which inspired the project’s title: Until You Change.

Paola envisioned the project as a mirror image to her experience in Unveiled – a ‘what might have been’ if she’d grown up with less accepting parents. But putting herself in the shoes of others only intensified the horror. 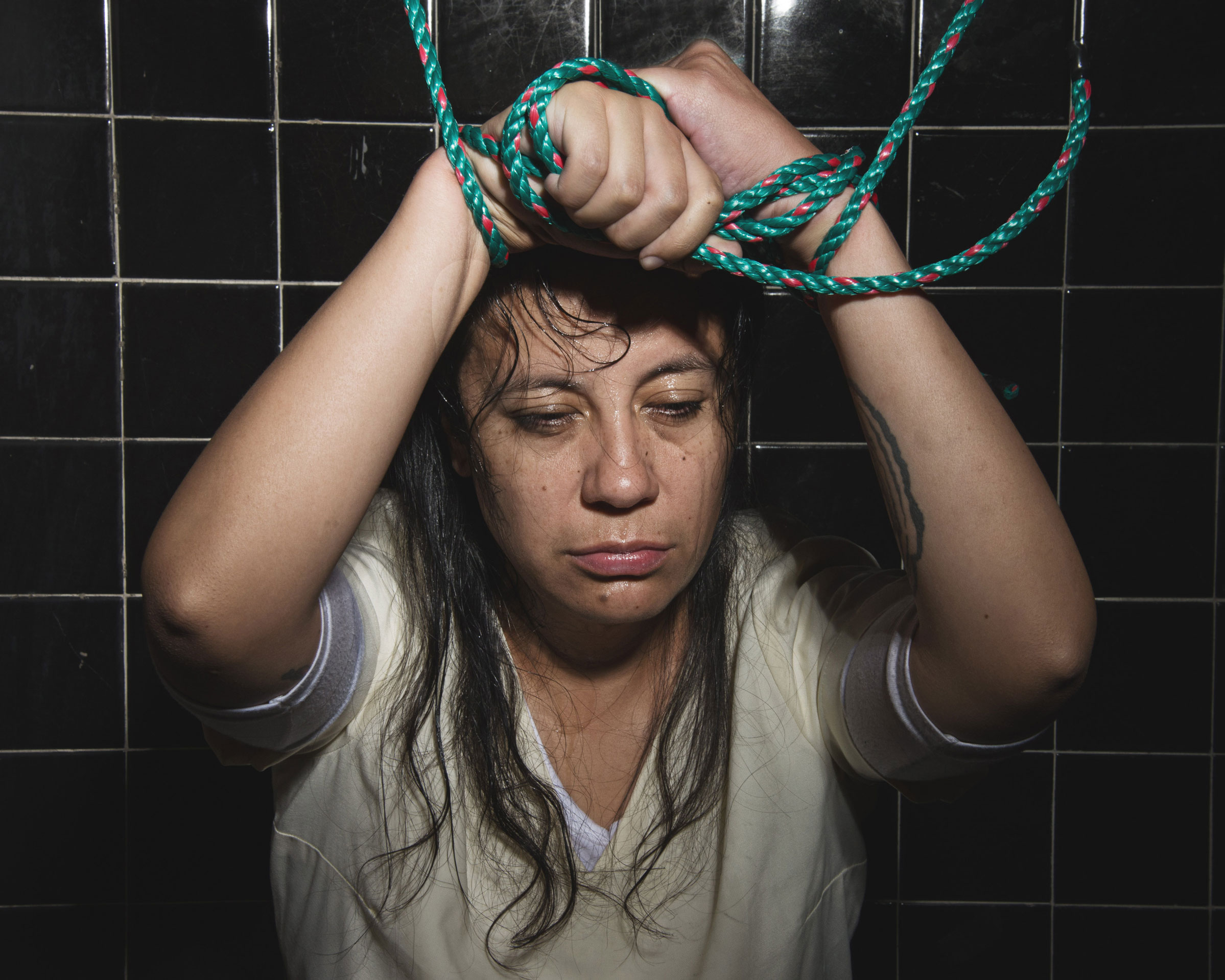 “There have been cases of people going missing after entering these clinics,” she says. “The treatments include beatings and withholding of food; they are splashed with ice-cold water, tied up and forced into prayer. In the past there were reports of electric shock therapy and many cases of corrective rape – for men and women.”

Paola didn’t want to put her sources at risk by revealing their identities or forcing them to relive their trauma through re-enactments. 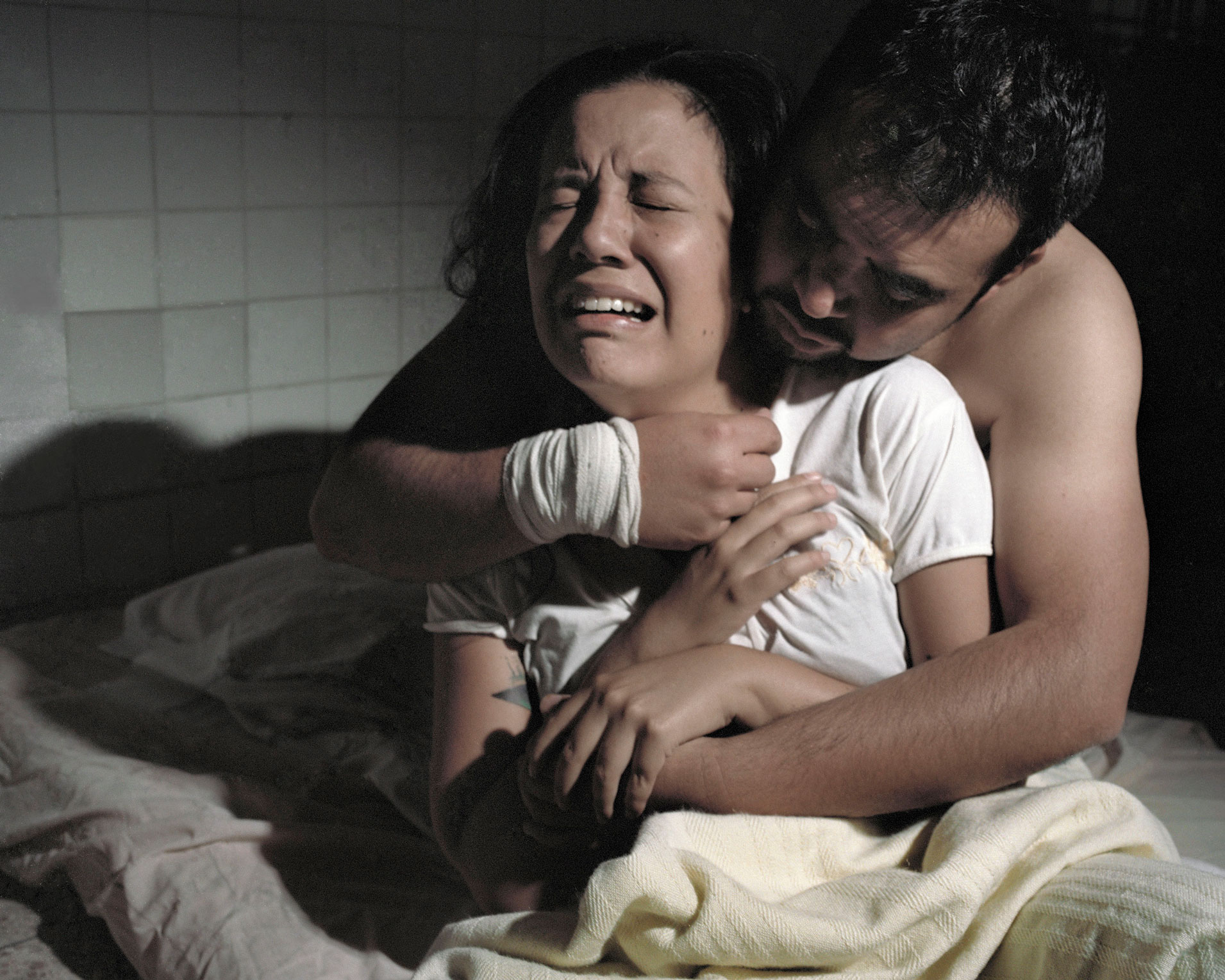 Instead she decided to subject herself to what they’d been through. But to help bring the project to life, Paola needed to see a clinic up close.

She went undercover, accompanied by her parents (who posed as potential clients), wearing a microphone hidden in her bra. 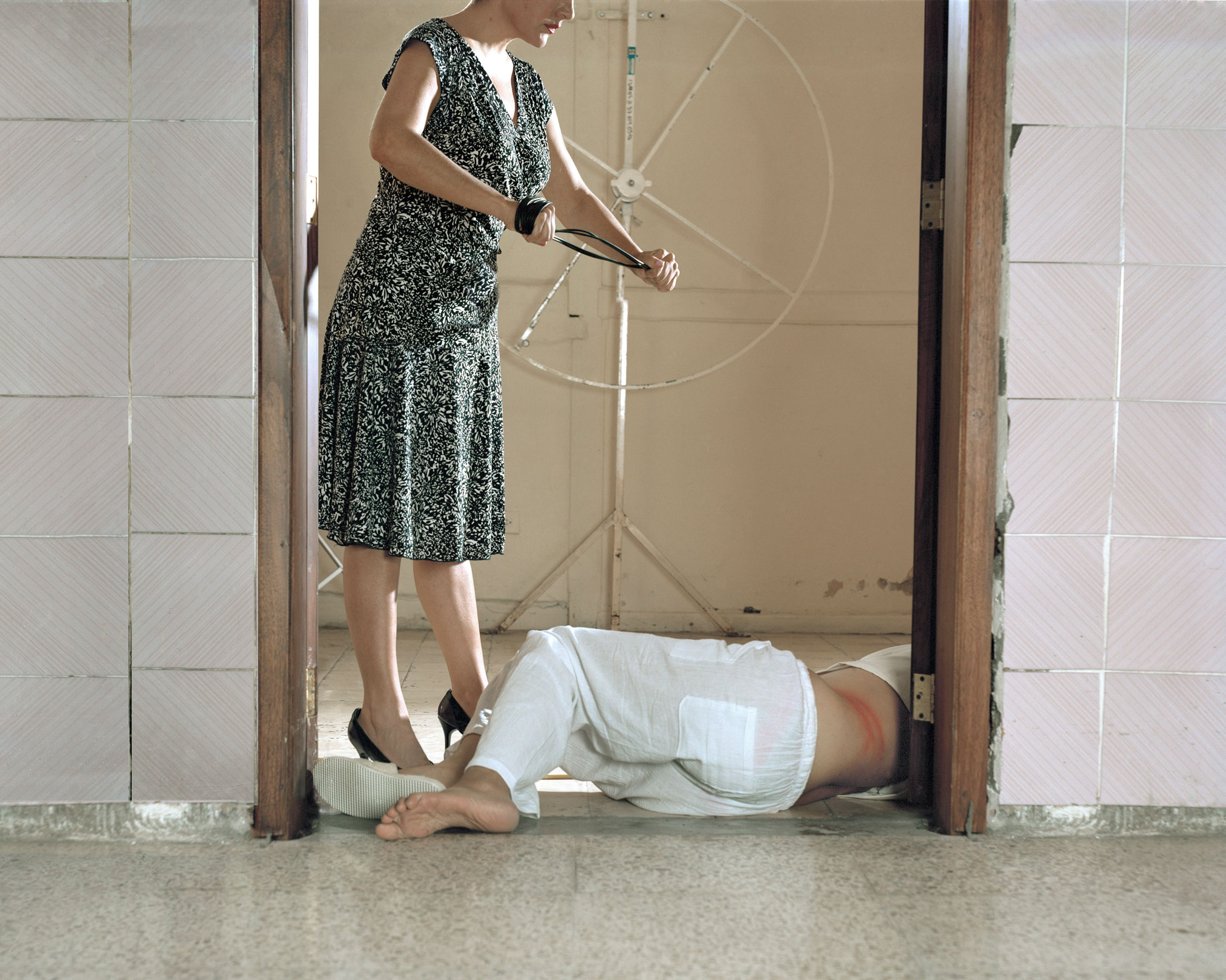 “Honestly, I was terrified: sweating profusely and shaking a bit the whole time,” she says, adding that the woman who provided a tour around the clinic was the same intimidating figure her sources talked about in their interviews.

“What shocked me the most was when I saw the girls,” says Paola. “They had been forced to wear makeup and my informants had described it perfectly: bright red lips, pink cheeks and blue eye-shadow.” 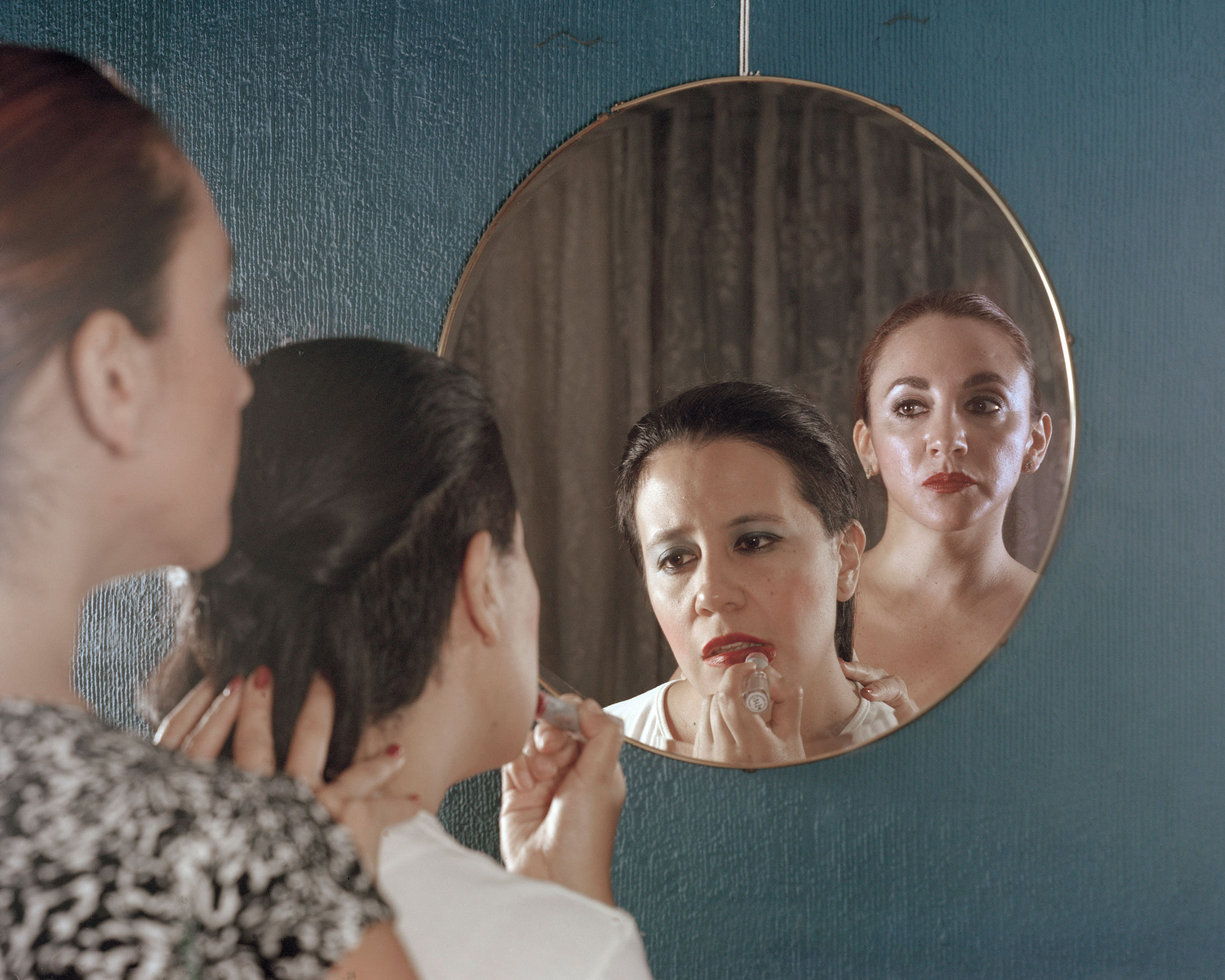 When it came to the images, Paola enlisted the help of friends and actors to re-enact scenes, imagining that she was being ‘treated’ and tortured for her sexuality.

It made for physically and mentally exhausting shoots that, in some cases, ended in hugs and tears among her small crew. 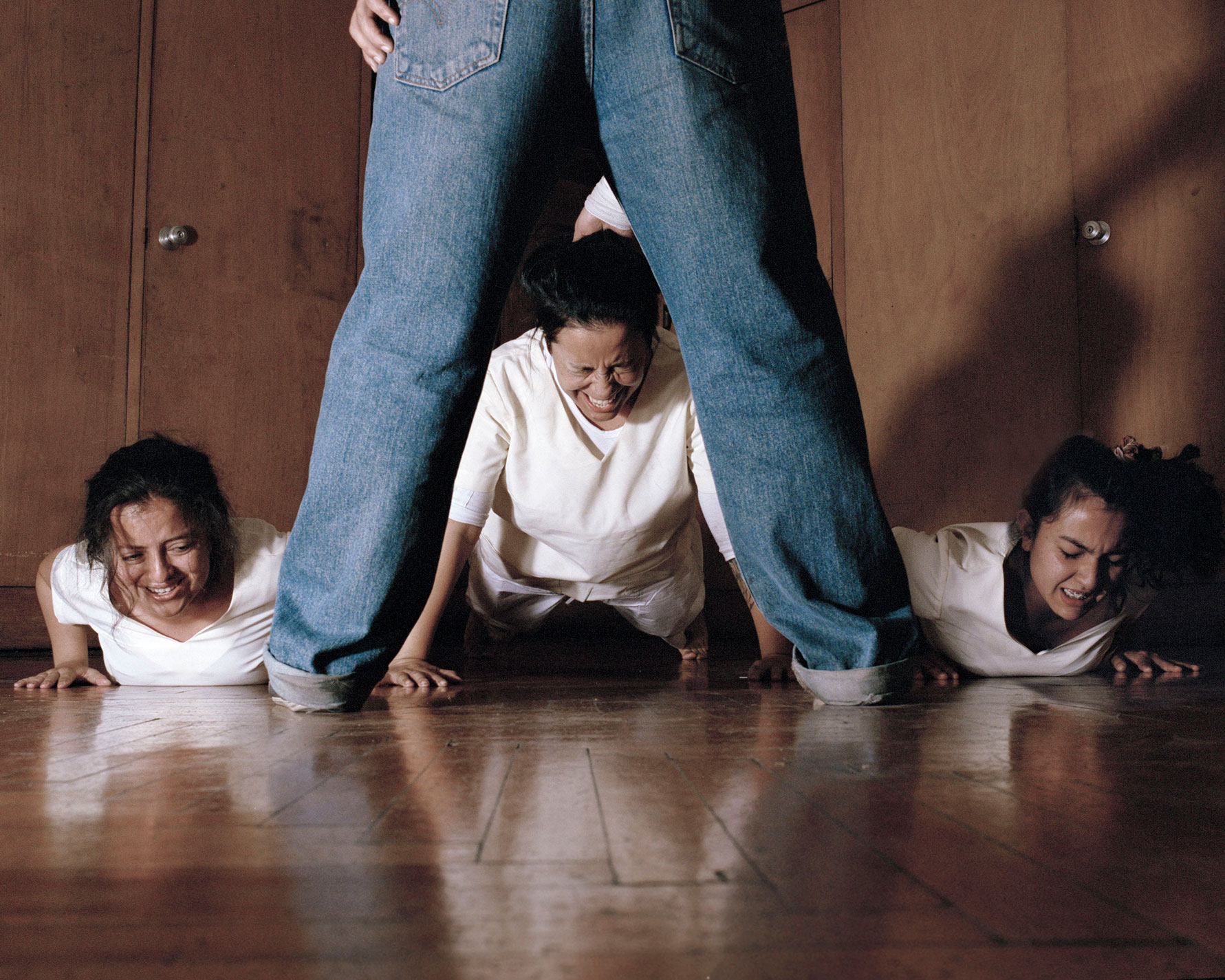 Now that Until You Change is out in the world, however, Paola has realised that just highlighting the existence of these human rights abuses isn’t enough.

“When I started this project, I was driven by the desire to close these places down. I realise now that was a completely naïve approach.” 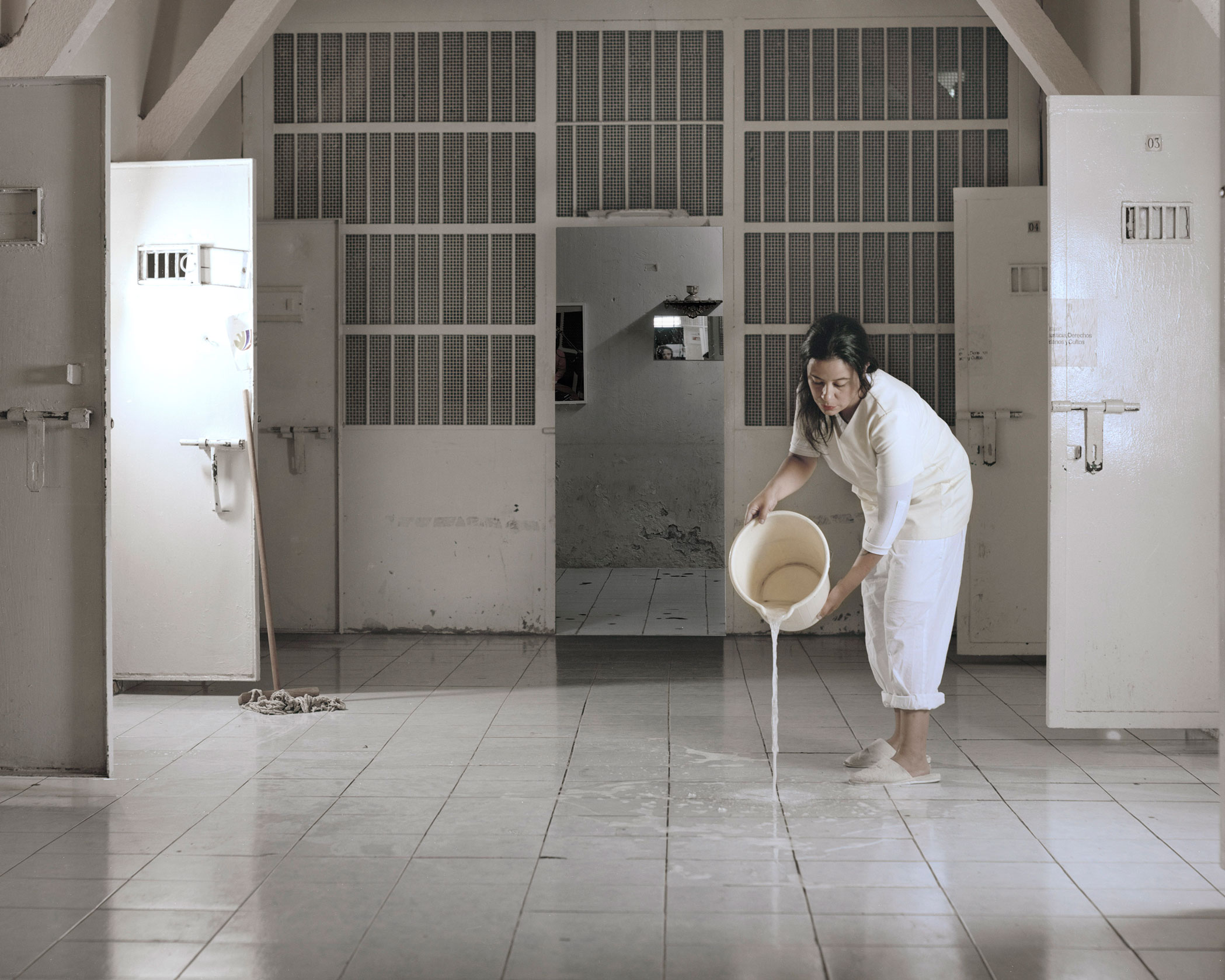 “After the extensive research and interviews with activists, organisations and lawyers, I have come to learn that closing these places is almost impossible. They operate like a mafia: with a giant network and a lot of corruption.

“The only thing we can do is educate people; teach acceptance and tolerance. And the only thing I can do with my images is create awareness. In a way it makes me bitter to think that it’s not enough.”

Check out the  portfolio of photographer Paola Paredes.

Linkedin
RELATED ARTICLES
OTHER ARTICLES
From snake handlers to mardi-gras revellers, Tom “TBow” Bowden’s photos provide a snapshot of the wonderful and weird people who make up America.
Photographer Sean Maung reflects on documenting a small town in Pennsylvania afflicted by high levels of unemployment, poverty, violence, crime, and addiction.
A group of aid workers face prison for helping to save people fleeing their homes at sea. If they are charged, it will have a chilling effect on humanitarian efforts.
After building his reputation covering the US civil rights movement in the 1960s, the photographer went on to produce some of the most enduring images of the past century.
Campaigners reflect on what the supreme court’s decision to allow buffer zones in NI means for the future of reproductive rights in the UK.
After fleeing the war in Ukraine, people are finding it impossible to secure affordable and decent housing in the UK.