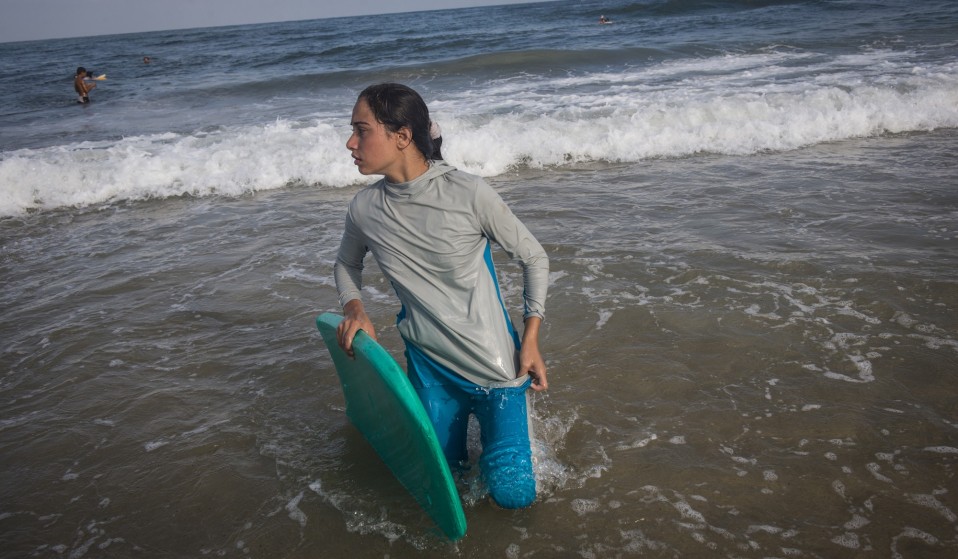 Stepping away from the violence and conflict, photographer Monique Jaques shifts her focus to the everyday lives of Palestinian girls.

Stepping away from the violence and conflict, photographer and journalist Monique Jaques shifts her focus to the everyday lives of Palestinian girls.

When most people think of the Gaza strip, they imagine a place torn and wrecked by violence. However, photographer and journalist Monique Jaques has decided to turn her lenses away from the conflict to find examples of strength and resilience in Gazan women and girls.

Her award-winning photo book, Gaza Girls: Growing Up in the Gaza Strip, looks at the difficult and constrained reality of young girls in Gaza. Despite their existence being defined by geographical and political boundaries, Jaques shifts the focus towards those instants where the girls were free to laugh and daydream, providing a different narrative to the one that outsiders are accustomed to. The book is currently fundraising on Kickstarter, and hopes to be released in early 2018.

Told from a completely Palestinian perspective, Gaza Girls follows the journey of young women as they attempt to defy adversity and claim back the happiness that was taken away from their daily life. We caught up with Monique to find out more about how she put the project together, and the lessons she learned along the way.

What drew you to Gaza in the first place?
I went to Gaza to cover the war, like every other journalist, but I stayed because I met the most amazing group of girls and young women who were so inspiring. They were focused on making positive changes in their lives and the lives of others. I started documenting them and then expanded the work to tell more stories of the women. Often we see Gaza through a dimensional lens of violence and conflict. Stories about quieter moments like these are often overlooked, though they offer a powerful look into a world unseen by many. This work amplifies the everyday moments of joy and hope. 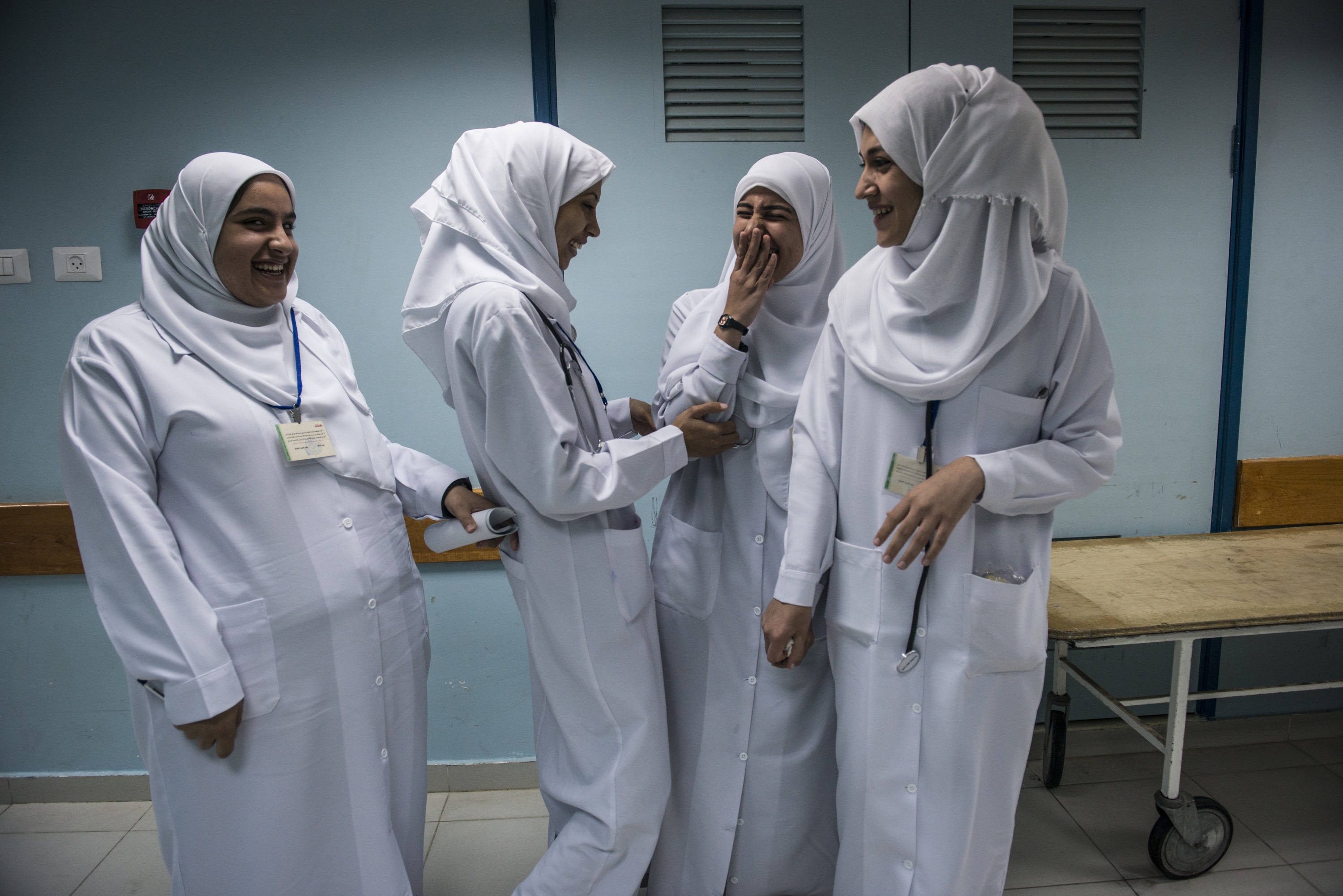 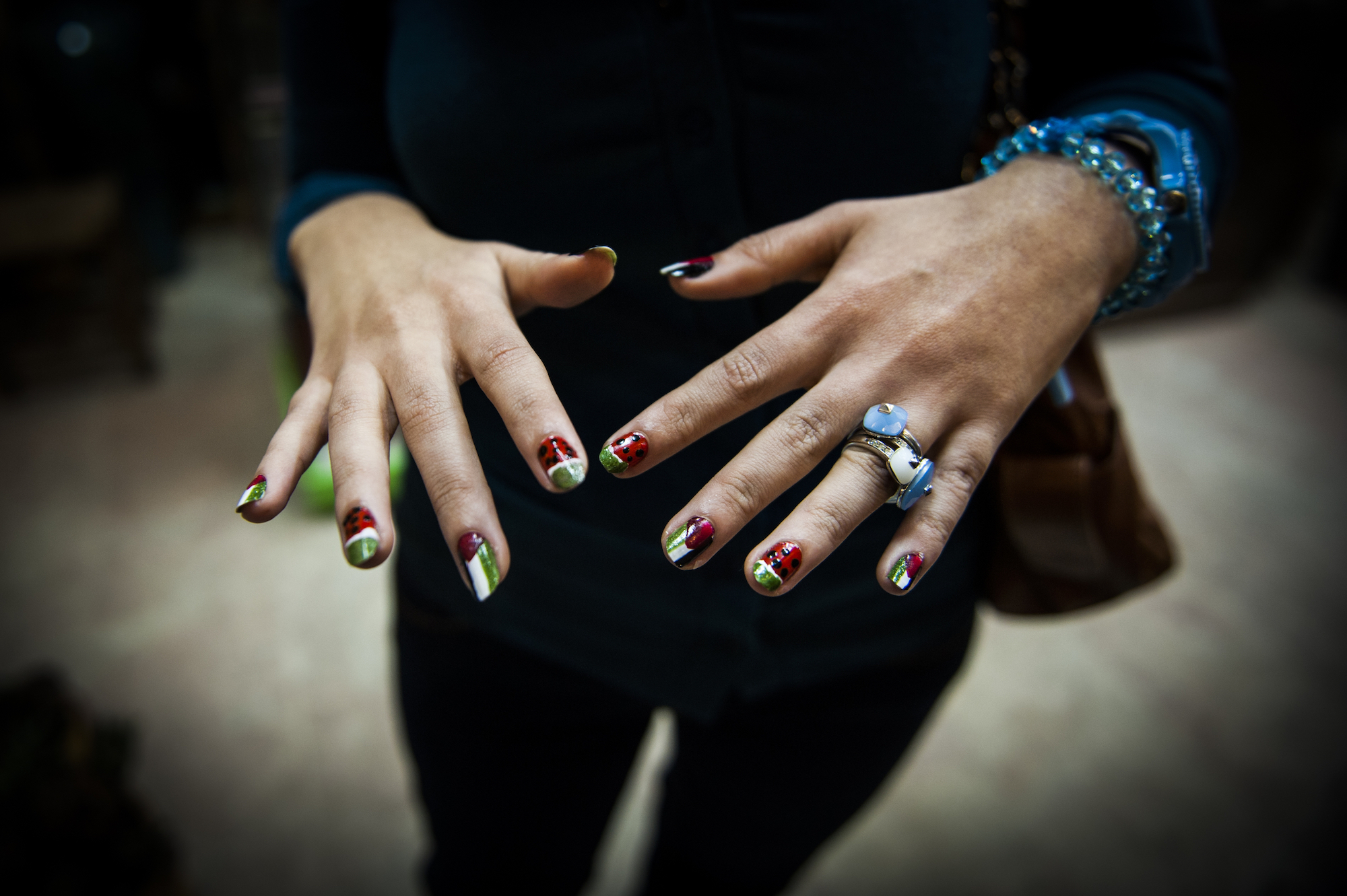 Are the challenges facing young women in Gaza universal? Or are there specific barriers and struggles many there need to overcome?
Many of the challenges are universal. But what I’m trying to convey with this book is that growing up in Gaza is much more difficult. When you’re a young girl in Gaza, your existence is defined by its boundaries — literal and metaphorical, defined by both regional and cultural politics. Families are tight-knit and watchful over their daughters. Privacy and mobility are both scarce. Many women say that in a place as small as Gaza, it is impossible to be truly free. Yet, there are moments of joy found in laughs at school, shared secrets with friends and moments alone to dream. Like many peers around the world, these girls are figuring out who they are in a world built by grown-ups. Navigating girlhood is universal, even if the circumstances are not.

I see so much of myself in the girls, I see similar hopes and dreams. When I was young I dreamed endlessly of travelling and exploring the world, the girls in Gaza have the same dreams – except they can’t leave the strip.

How has the place changed over the years you have spent there?
Gaza has gotten worse, the lack of electricity is worse now than ever. Many of the girls there say that it’s the worst they have ever known aside from 2012 and 2014 when there was active conflict. 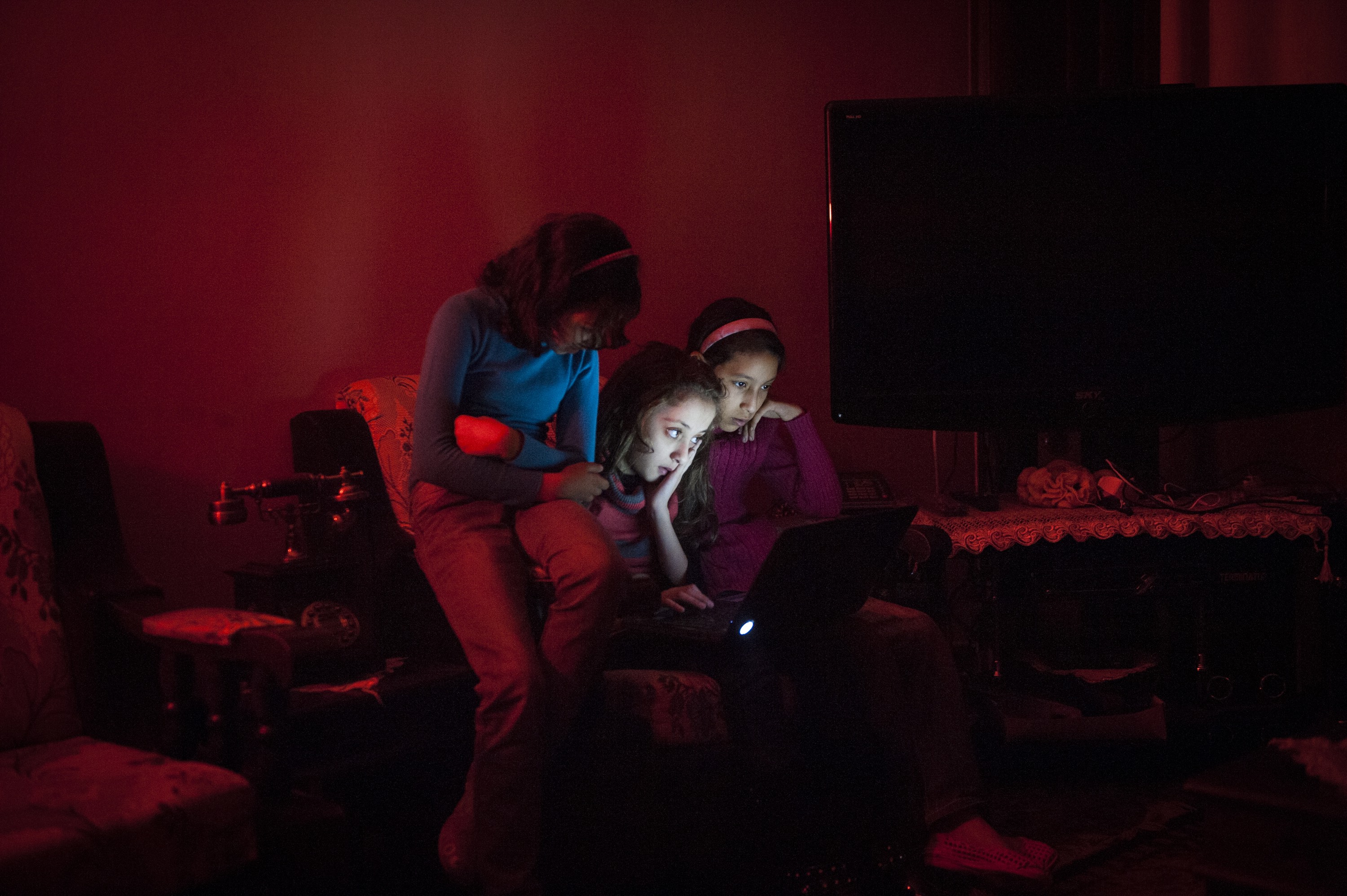 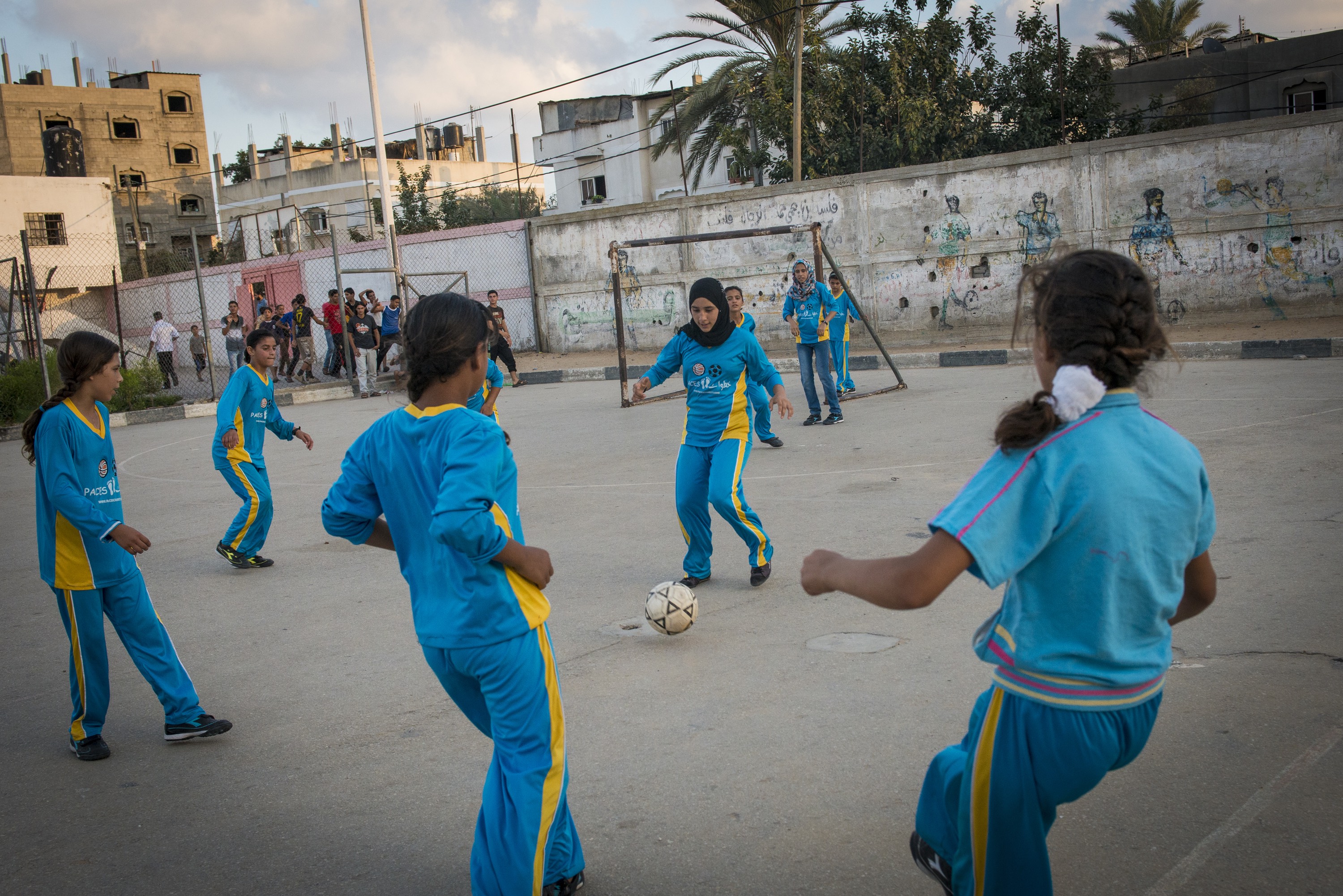 What’s your relationship like with the young women you’ve been shooting? Did they collaborate with you on the book and on your work?
The most important thing everyone knows is that every word written in this book, including the forward and introduction, is by Palestinian women in their own words. It’s the stories the girls chose to tell and the words they used. My only input in the book is the images, which I photographed over five years in the Gaza Strip.

What have you learnt about womanhood from your time in Gaza?
I learned so much about resilience and the special kind of resilience that women have to have to survive and thrive. Hope is so important as well. I think the girls there, who despite appalling conditions, continue to hope for better days. It’s so inspiring and humbling. Every girl I’ve met is so strong and resilient in the most amazing way. I’m completely in awe of these women, as I hope are the readers of the book. 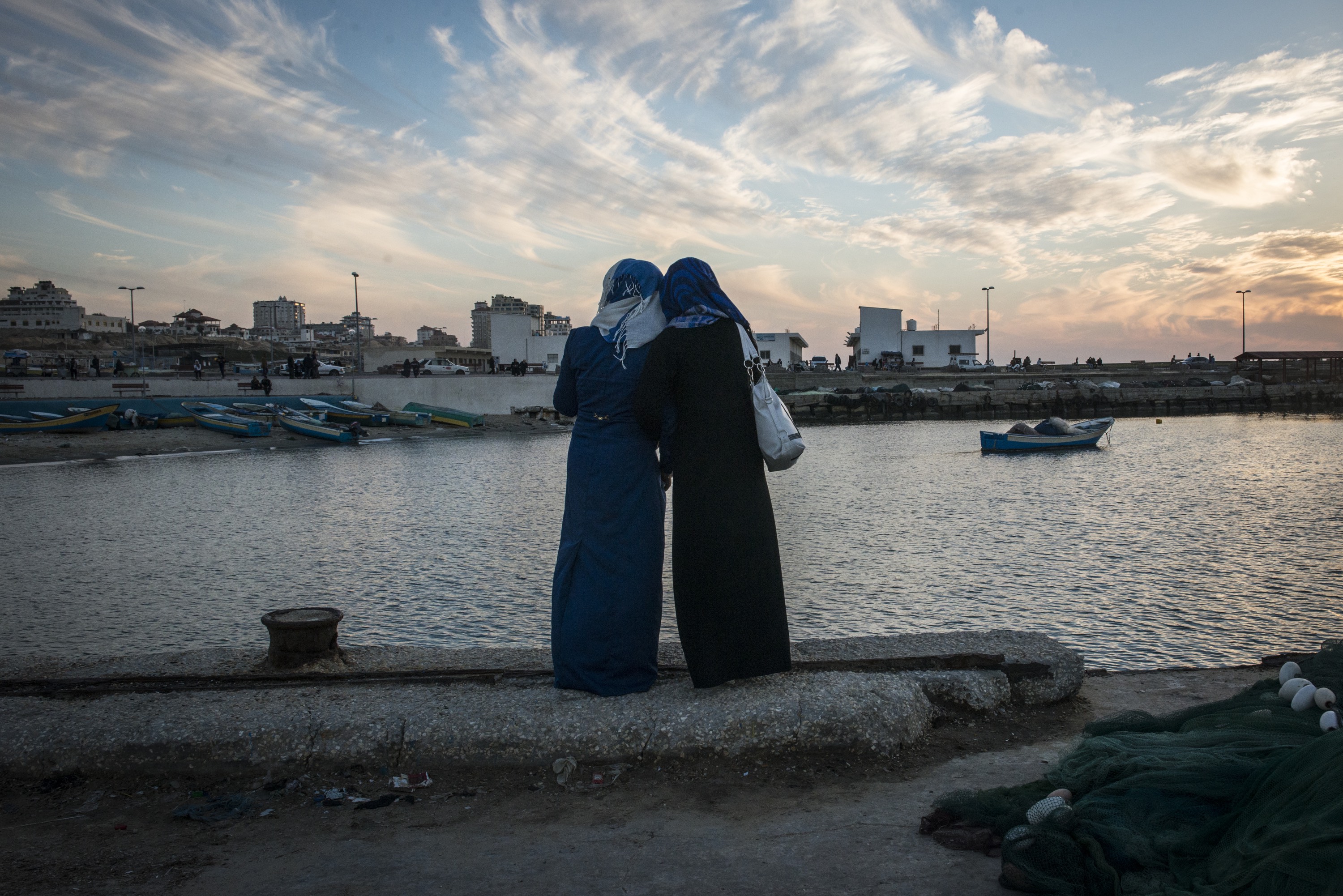 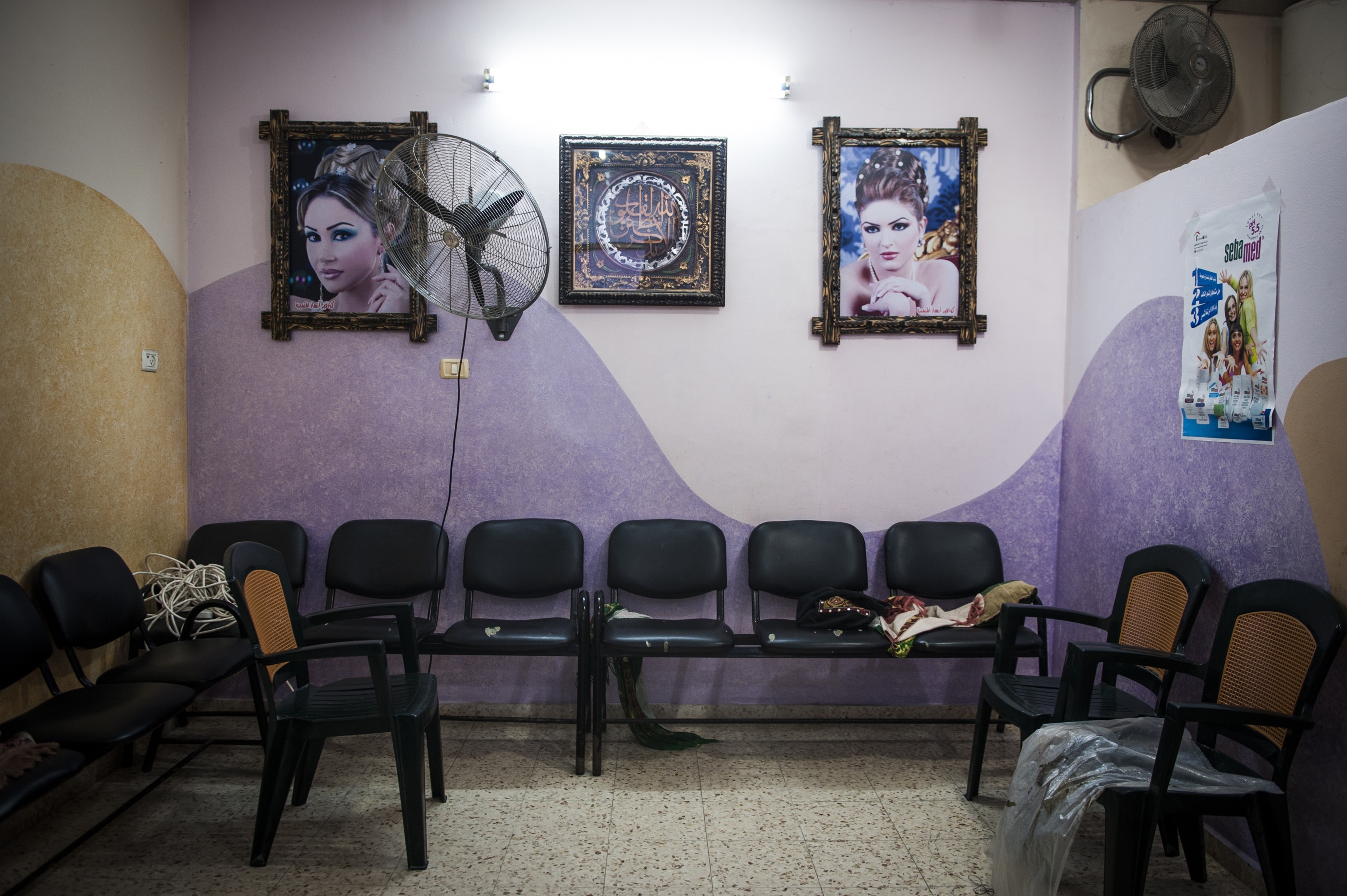 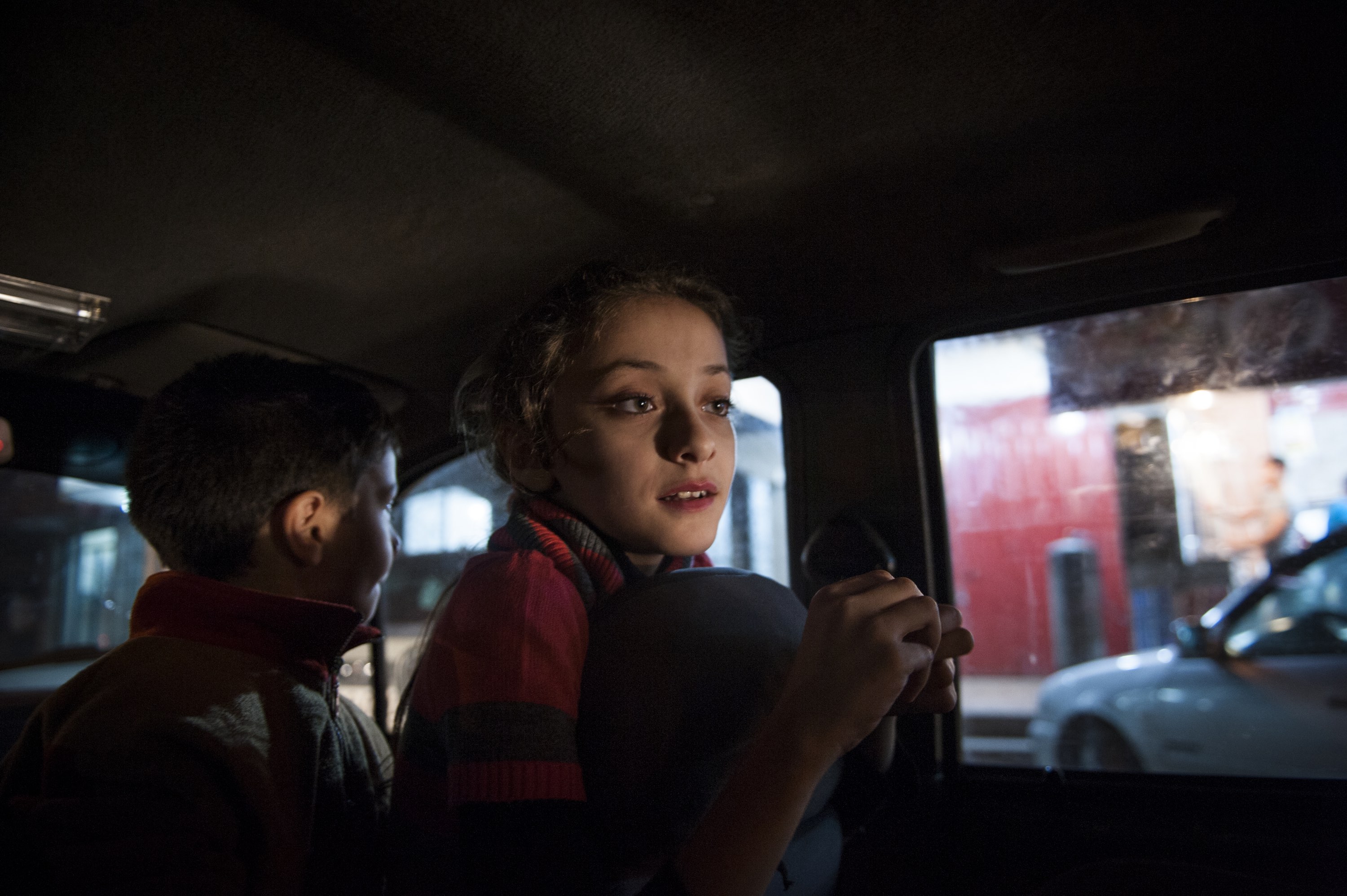 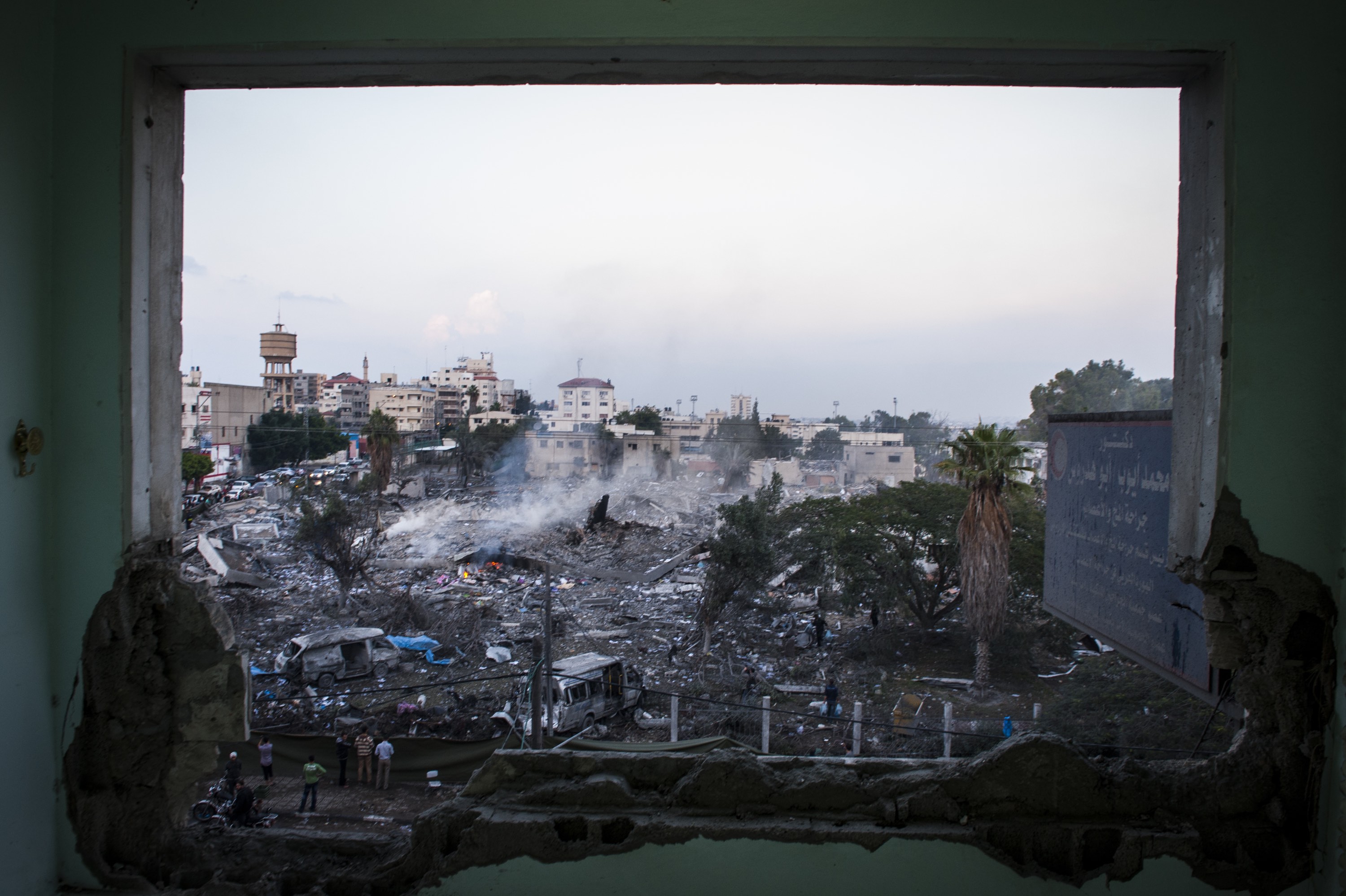 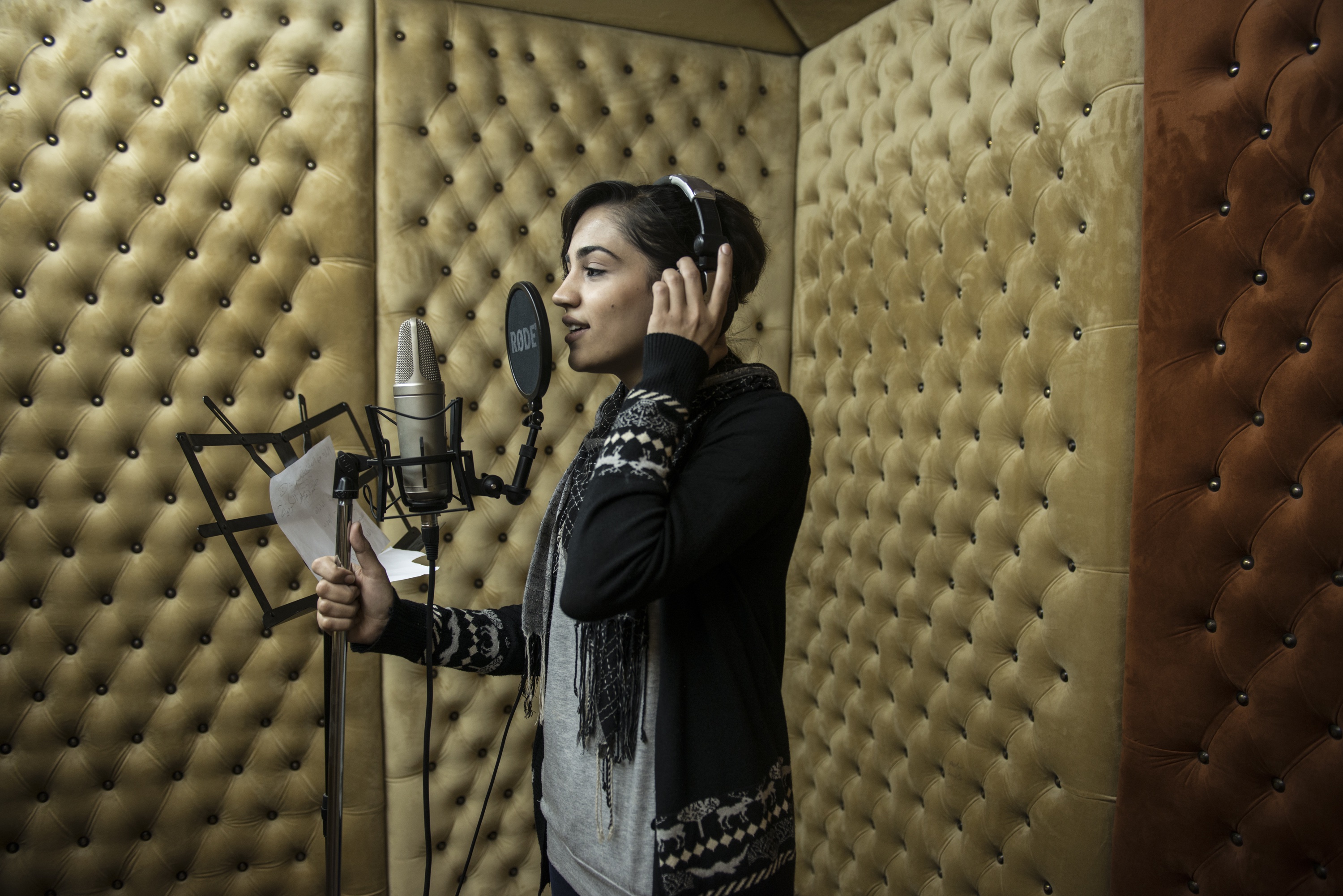 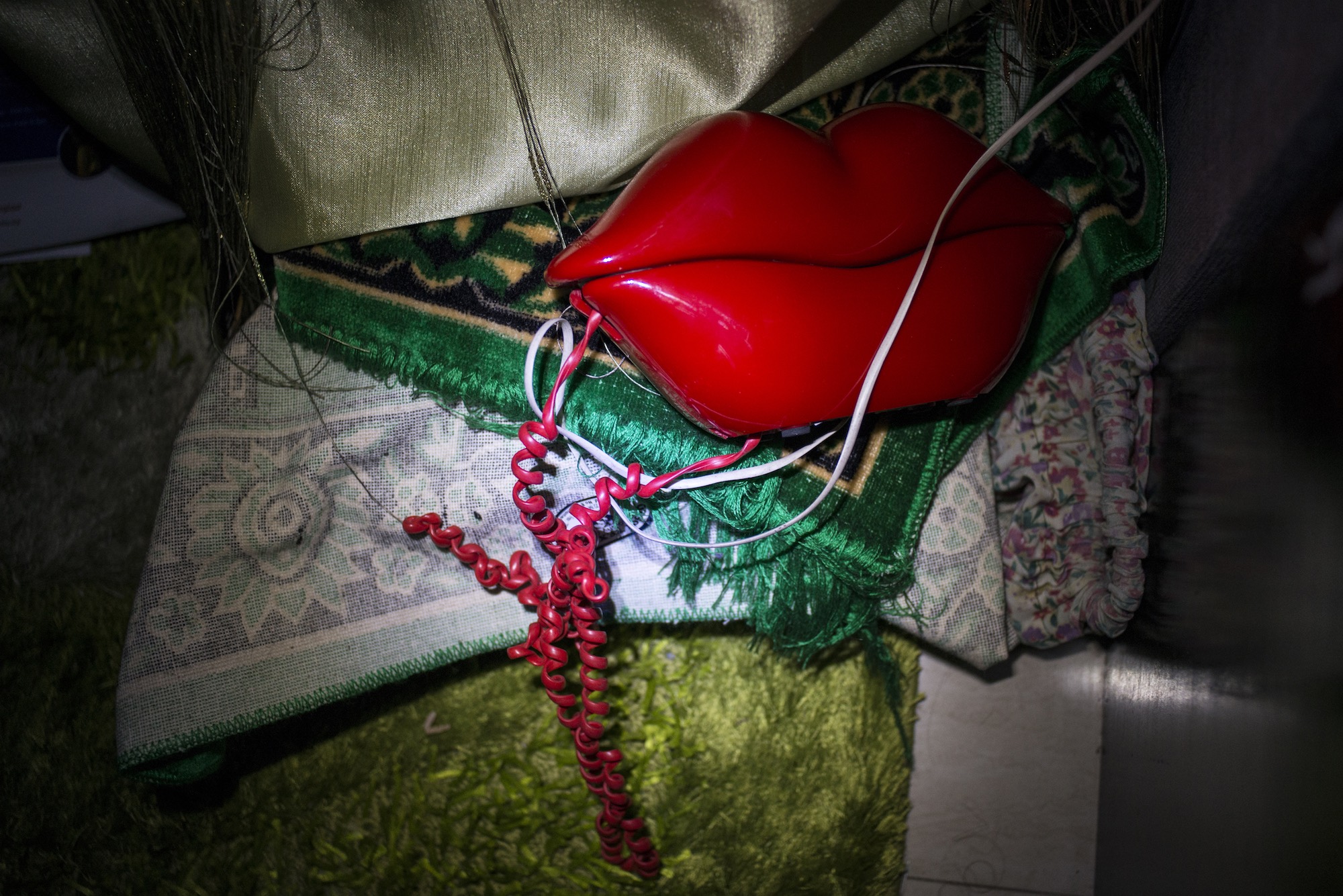 Gaza Girls: Growing Up in the Gaza Strip is currently fundraising on Kickstarter and will be released in early 2018.

Linkedin
RELATED ARTICLES
OTHER ARTICLES
Protestors gathered outside Downing Street following the latest atrocities committed by Israel against Palestinians living in the besieged strip.
Following the release of his latest album, the rapper talks about finding a new approach to songwriting, attitudes to poverty, and why his music is more than a political statement.
Tough fines and arrests for drug possession and supply is pushing festival-goers towards unsafe measures to consume or smuggle in their substances.
With the UK now set to run out of vaccines, people working in the sex industry – particularly outside of major cities – have been left especially vulnerable, reports Brit Dawson.
From the early originators to the female writers at the forefront of today’s scene, we talk to the artists redefining graffiti’s consciously macho origins.
We introduce our series spotlighting the voices of people who’ve been impacted by anti-abortion laws and anti-choice protestors.