Art & Culture / Photography / The photographer shooting the devastation of wildfires 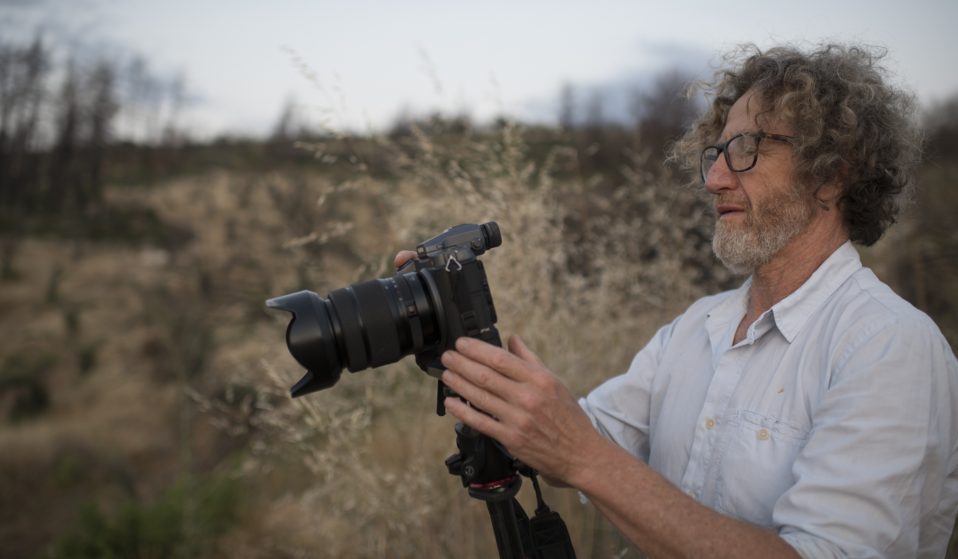 In Bpeaking after visiting the Evia Film Project, a developmental programme that took place on the eponymous Greek island, Gideon Mendel explains why he chooses to explore the climate crisis via the vehicle of fire.

In Burning World, Gideon Mendel shoots the aftermath of catastrophic fires. Speaking after visiting the Evia Film Project, a developmental programme that took place on the eponymous Greek island, he explains why he chose to explore the climate crisis in such a way.

In 2020, he began work on its follow-up, Burning World – this time looking at the climate crisis through the vehicle of fire.

The series has taken him all over the world, from Australia to Canada and the US. But it was Evia, the Greek Island he first visited last year, that Mendel has found himself returning to.

Most recently, he was there to exhibit images from Burning World at the Evia Film Project, a developmental environment-oriented programme made up of screenings, workshops, concerts, talks and more.

The idea is that the festival will function as a think tank, discussing and demonstrating the “calamitous effects of environmental destruction and climate change” in an area that has experienced it first-hand.

For Mendel, it was an opportunity to showcase the series in an intimate setting, an environment that somewhat mirrors his process.

“I self-consciously don’t chase after the burning planes,” he says. “I don’t try to be there at the moment of fire. I come afterwards and make work that is seeking out the traces – both in the people, and in the landscape.” 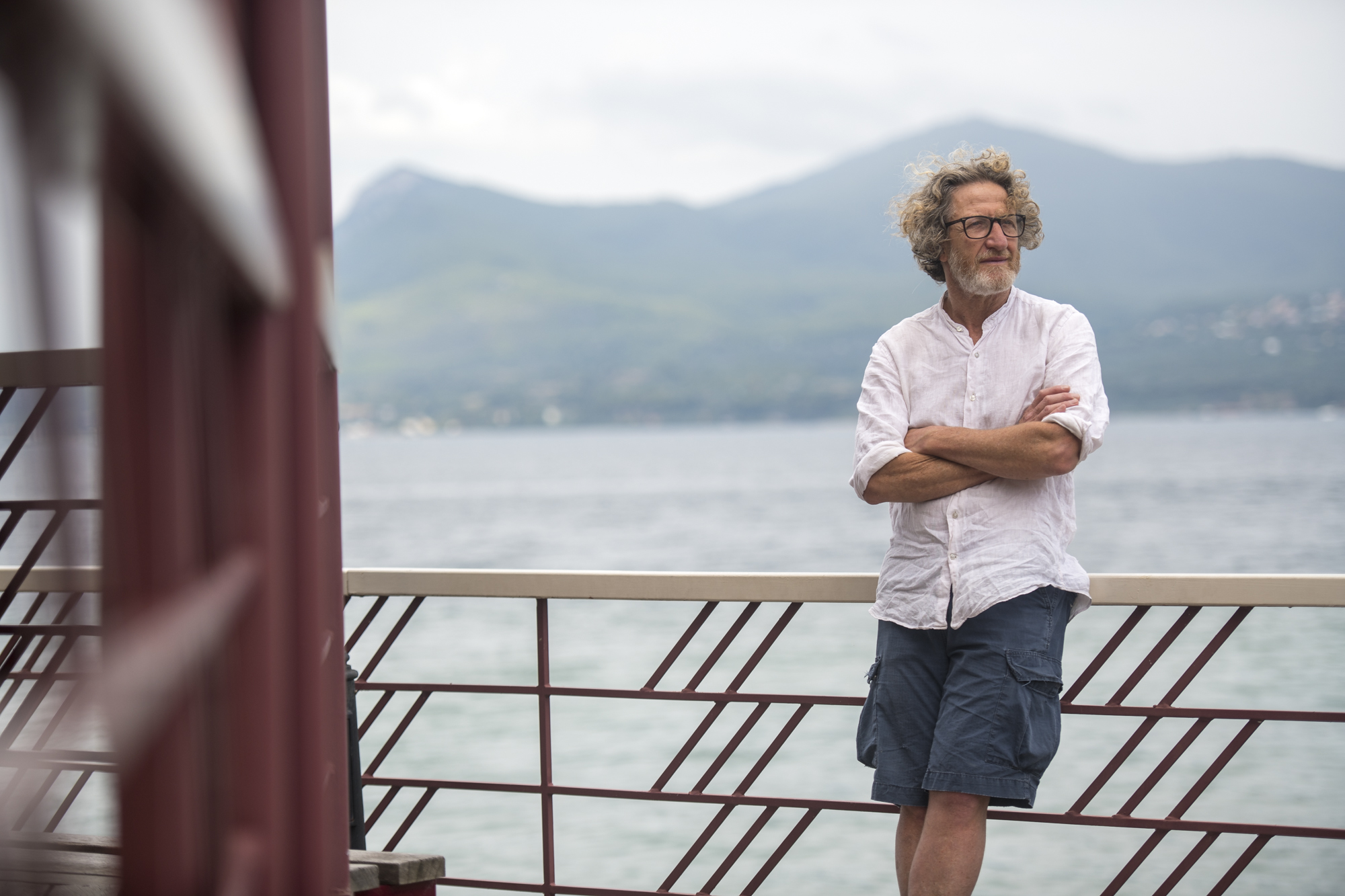 Burning World focuses on the aftermath. Why don’t you shoot the fires themselves?

When it came to my previous project, Drowning World, I needed to be there when the water was there to make strong work – which was obviously very stressful, and took a lot of logistical planning.

With this, firstly I’m a coward and don’t want to be endangering myself, or others. But I also don’t want to be in the way of an emergency response. There are many good news photographers who do the news really well.

I was seeking out a more personal way of working. With Evia, the forests that were burnt will take 30 or 40 years to be back to the way they were; it’s a deep damage to the landscape. I wanted to move beyond that dramatic moment.

Why did you choose to move from flooding to fire?

There’s something very primeval and mythological about the meeting of water and fire. I could see myself tackling the fundamental elements.

In some ways, it’s much more difficult to make photographs. With floods, you have the flat plane of water in front of you, which makes the composting much easier. Whereas in a fire, a burnt home or a burnt landscape, it’s a very chaotic environment, and much harder to make sense of visually.

In the project’s introduction, you include a quote: “We’ve pissed Mother Nature off big time, and she’s paying us back.” What is it about that statement that encapsulates the climate crisis so effectively?

Firstly, I love to use the words of people I’ve photographed. It’s something I do a lot. With this statement, I think it says, in a classic Australian way, something very straight and very important. It’s the feeling of people who have lost their home.

Our society has transgressed and caused a huge impact to the world we live in. I’m attempting to show the people and the landscapes who are on the frontlines of experiencing that.

It’s incredibly brave for these people to be photographed at the site of a personal disaster.

They’re choosing to return to a site of extreme trauma – to have what happened to them witnessed. 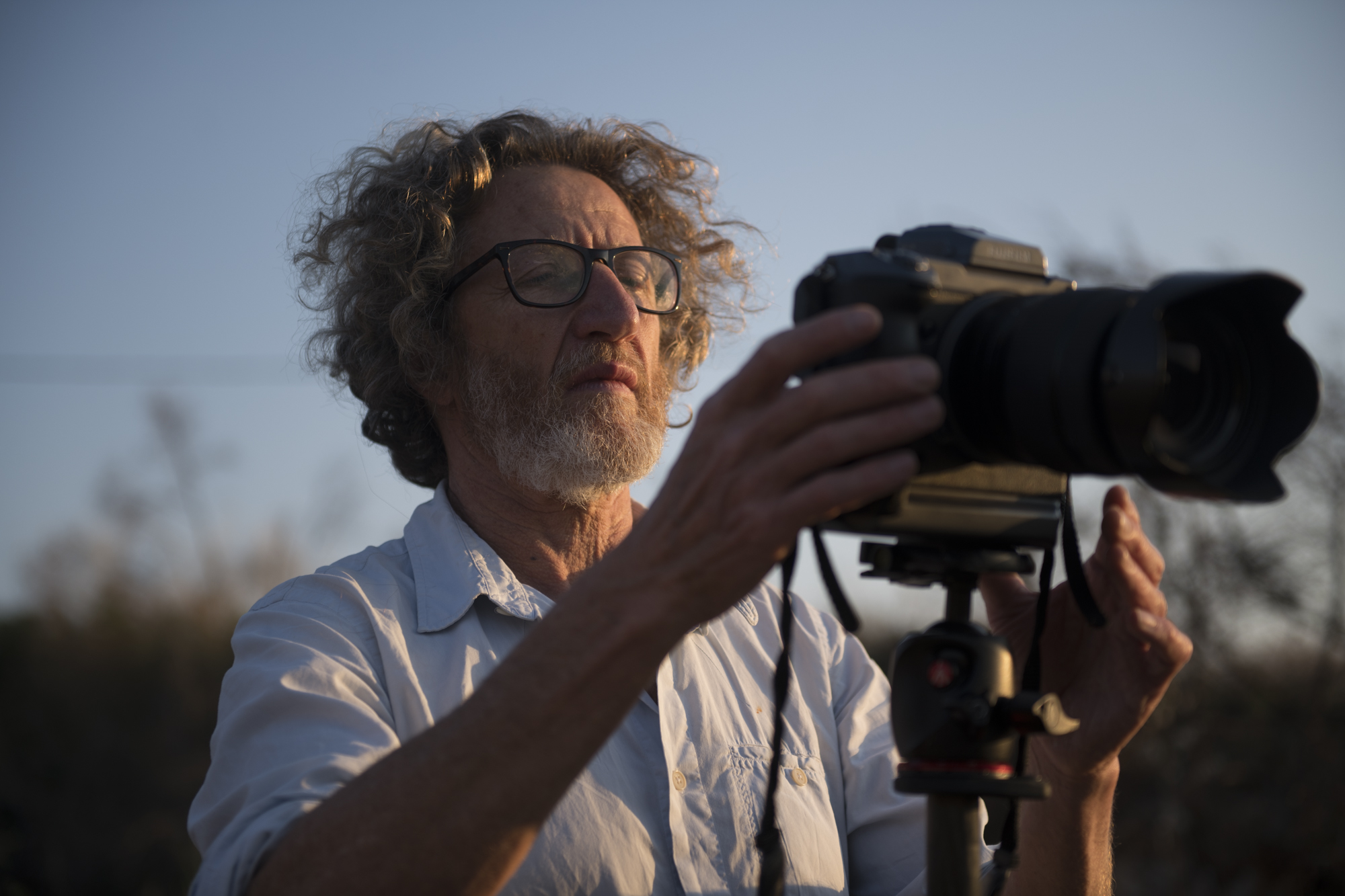 Have you ever exhibited any of these photographs to someone who denies the climate crisis, or is sceptical?

Of course. Exhibitions have been shown and there have been reactions from people who are climate deniers. I don’t necessarily say you have to be a climate-change believer to be photographed, so I photographed someone recently in Colorado whose husband is quite a vocal climate-change denier. They wanted to have a voice in the project as well.

Some of the responses people have made is, ‘Floods and fires have happened forever, it’s part of the cycle.’ This is true, there is nothing new about floods and fires – they have been recorded many, many generations back. All kinds of religions and mythological systems have some stories of a flood.

What we know, however, is that there is a huge increasing frequency of them – and they’re generally getting worse and worse. The extremity of fires as the world gets warmer every year is pretty terrifying. I’m quite open about my position – that I do believe what I’m photographing is because of climate change.

Evia is a place that has borne the brunt of the climate crisis. Was it powerful showing the work there?

For me, it’s always very significant to bring the work I’ve taken back to the community. It completes the circle. My work is shared in international media but hasn’t been seen much in Greece, so it was nice to be there.

Also, I did a workshop with a large group of Greek film students, along with many other people. I think people responded very strongly. It was a great dialogue we had.

I took advantage of the opportunity to continue my work on the island. I feel a strong connection to the landscape, there’s something about the Mediterranean landscape I really love. I’ve been returning and documenting the same places, seeing how the landscape is transitioning. I think that’s been really important for me.

Learn more about the Evia Film Project on the Thessaloniki Film Festival website.

Linkedin
RELATED ARTICLES
OTHER ARTICLES
A new exhibition brings together 150 works by twelve photographers, offering mesmerising and intimate depictions of life.
The hate Just Stop Oil faced after throwing soup over a Van Gough painting has been immense. Here, they explain why it won’t deter them.
Following the release of their third album, the duo talk collaboration, family and connecting with the dead.
The campaigning charity are on a mission to increase inclusion, participation and representation of Black people in trail running.
Photographer Ira Lapu documents the lives of ordinary Ukrainians living amid a brutal conflict.
We catch up with the singer in her London studio to connect the dots between music, painting and her relationship with the city.