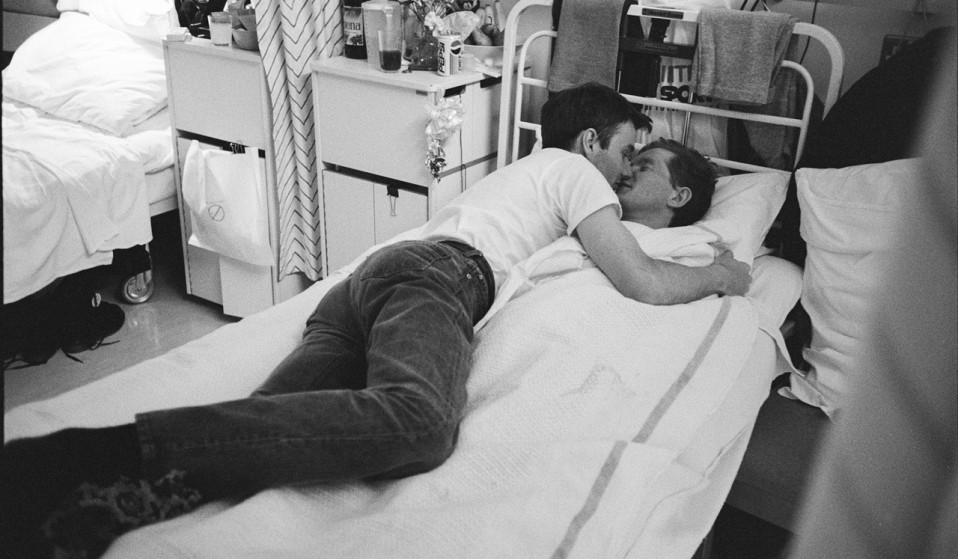 Gideon Mendel refused to fan the flames of prejudice that characterised the AIDS crisis, instead documenting the humanity of London's specialist wards.

Photographer Gideon Mendel refused to fan the flames of prejudice that characterised the AIDS crisis, instead documenting the humanity he found on London's specialist wards.

It was in Apartheid South Africa that Gideon Mendel first picked up a camera. Born in Johannesburg, 1959, he was one of a generation of young photographers who grew up surrounded by injustice. Alongside the likes of fellow ‘struggle photographers’ Cedric Nunn and Santu Mofokeng, he learnt his craft by turning his lens on a nation erupting in unrest, even revolution, during the 1980s.

But while Apartheid began to be dismantled after years of activism and resistance, the AIDS crisis was in full swing. Mendel moved to London in the early 1990s, and it quickly became obvious it was on this epidemic that he wished to focus his attention. The Ward was his first photographic project that looked at HIV and AIDS: “it was very much the beginning of a career-long engagement with issues around HIV globally,” he says. 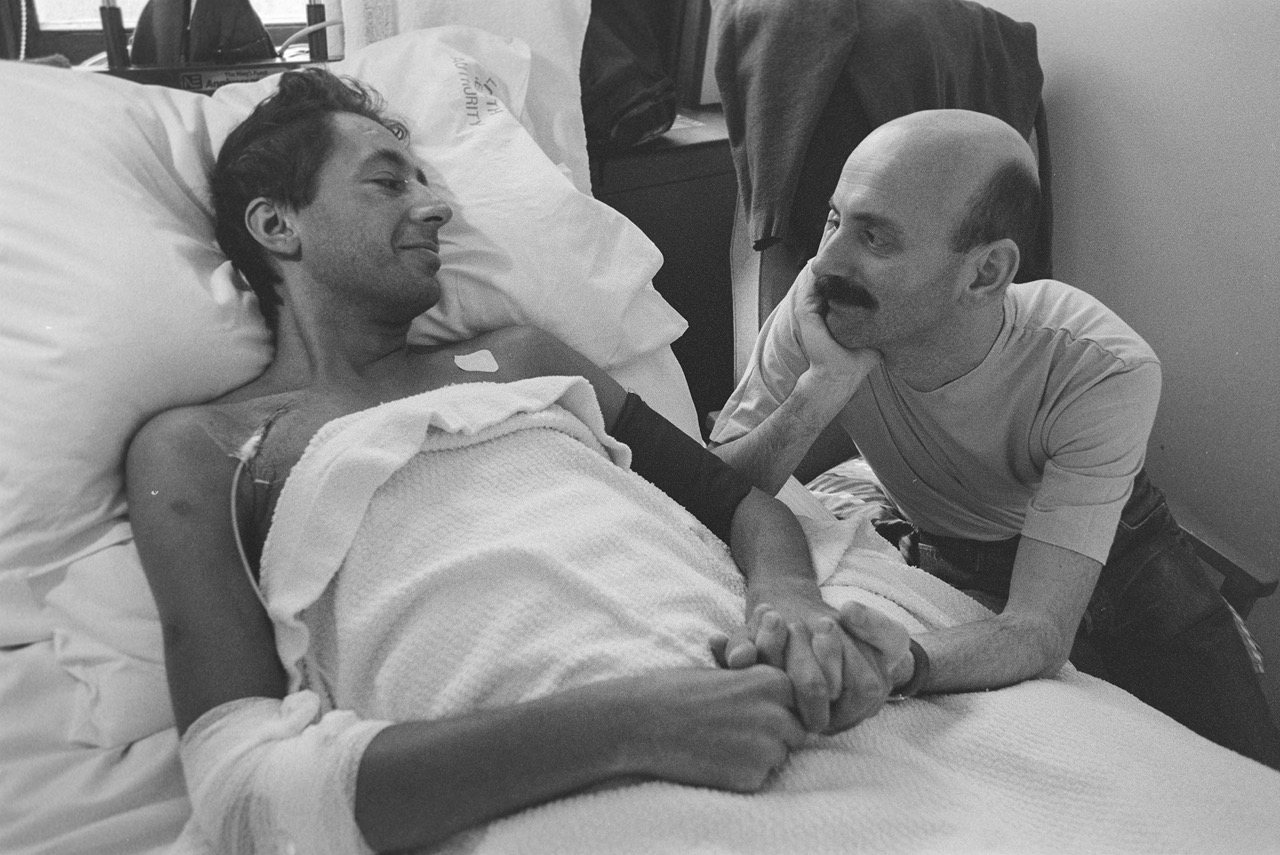 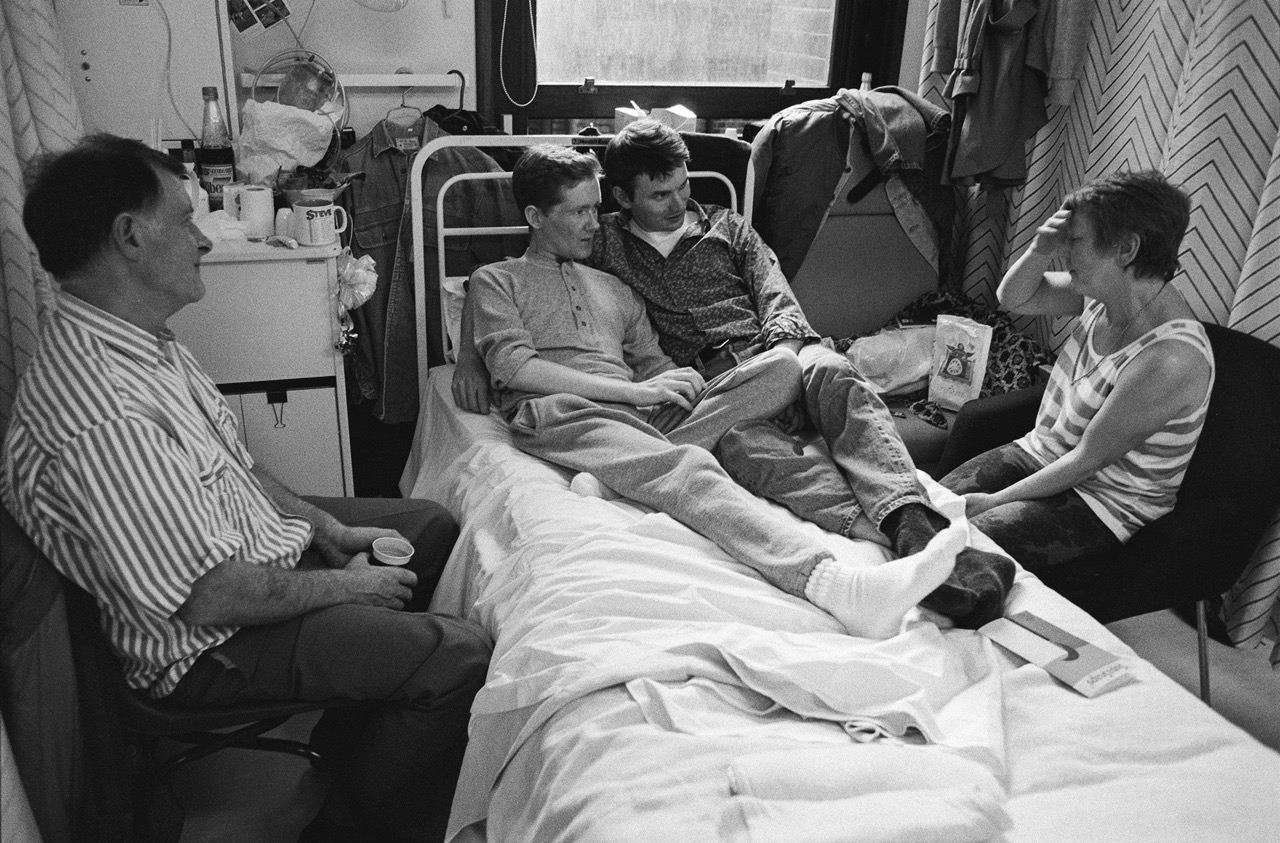 In 1993, Mendel was granted special access to the UK’s first purpose-built HIV/AIDS unit, the Broderip and Charles Bell wards of Middlesex Hospital. Broderip and Charles Bell were at the forefront of the fight against HIV and AIDS, pioneering new tactile approaches to treatment. It was here Mendel spent time with both the staff and patients, intermittently shooting his Leica M6 and early Canon EOS. His task? To portray those who found themselves at the heart of the crisis with humanity.

A concoction of fear, misinformation and prejudice generally saw patients demonised, photographers on the most part opted to photograph through the windows of the ward from the building opposite rather than step inside.

“There was this huge, quite irrational amount of fear. I was really trying to capture the kind of compassion and the love which would challenge the fear and stigma,” explains Mendel. “It was very much about engendering empathy and getting sense of what these individuals and what their loved ones were going through.” He was determined to avoid the optics of choice in the media then: of emaciated, anonymous dying bodies. 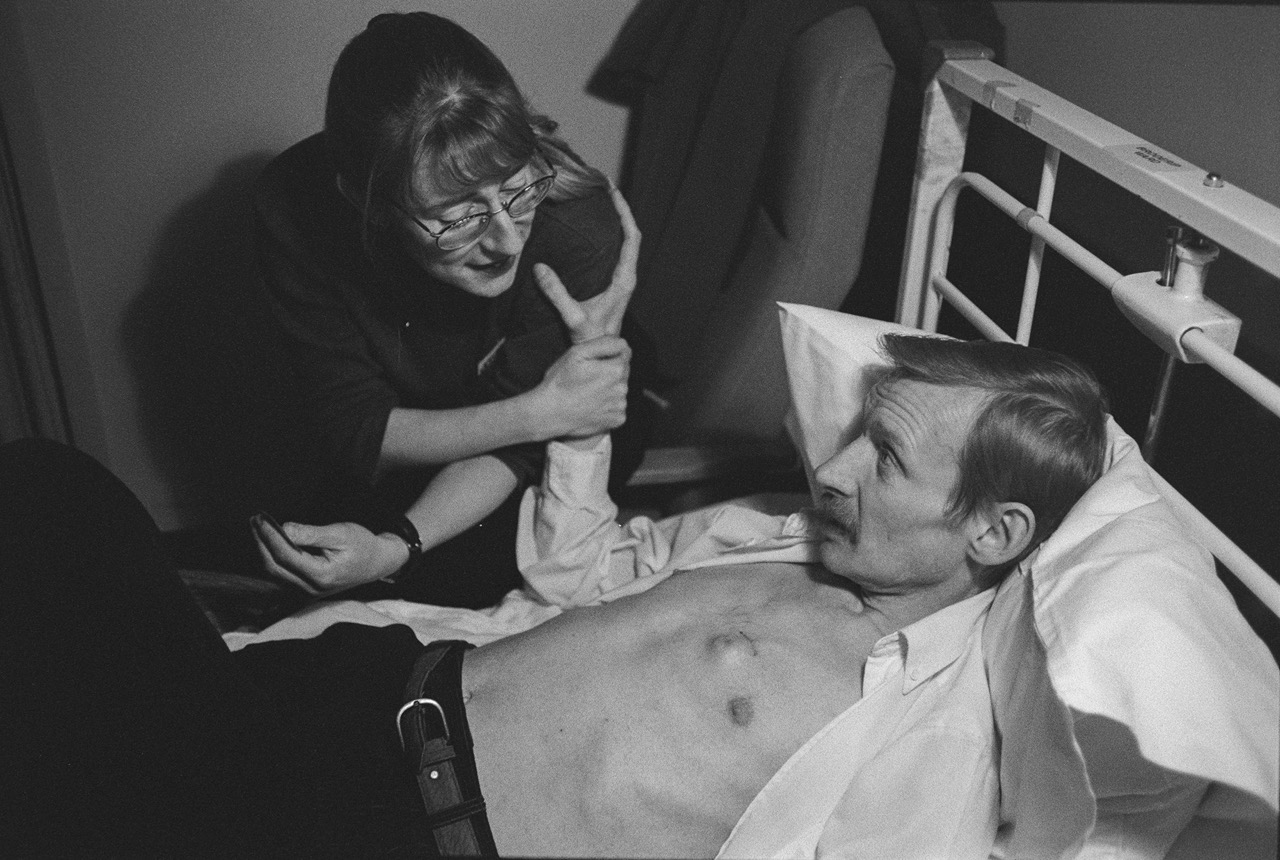 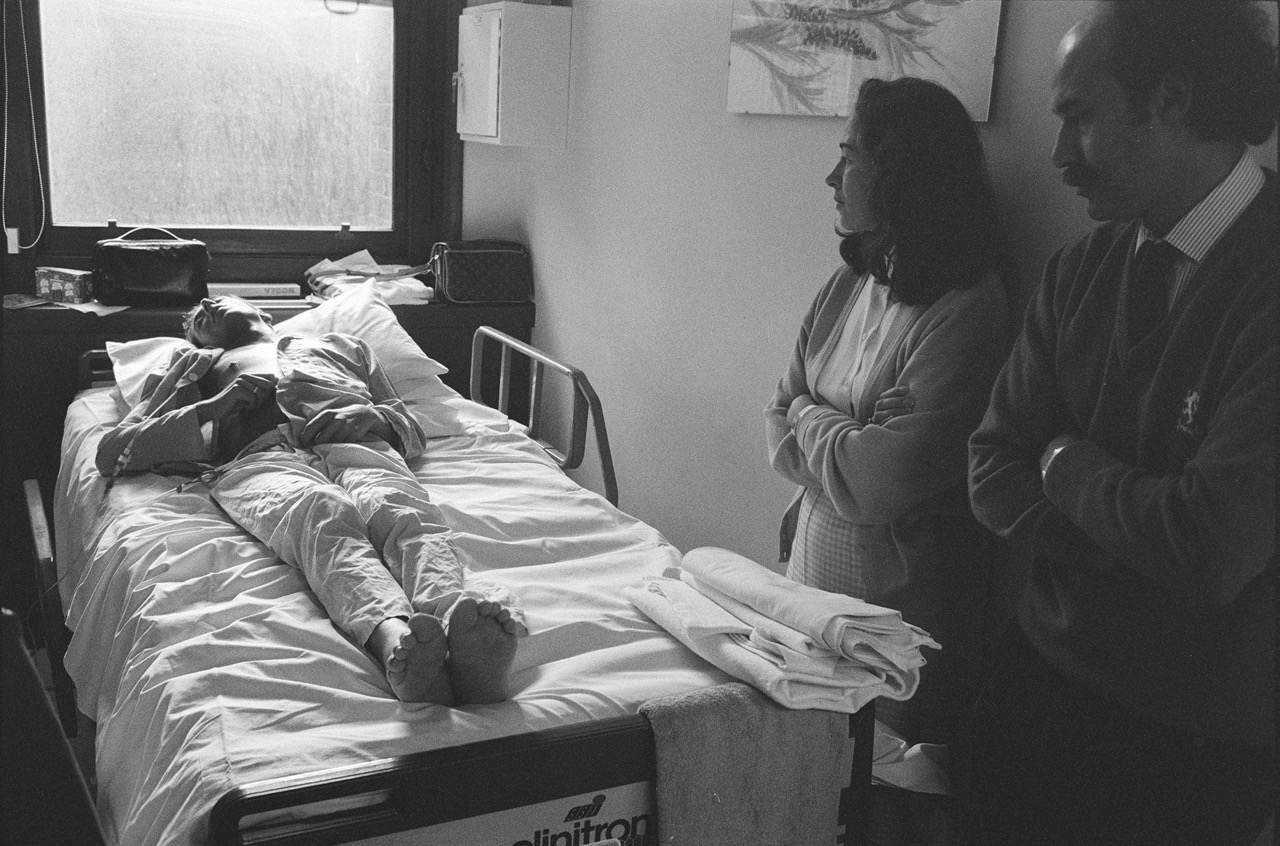 “At the time It felt like AIDS was killing off a whole generation of young gay men,” adds Mendel. “Many, many gay people were dying from it, and dying quite horrifically.” In his project, Mendel documented the last weeks and months of a number of patients, including men named  Steven, Ian, André and John.

“There’s one particular photograph of John and his partner Michael kissing on the bed,” Mendel continues. “It’s a very touching photograph. A lot of people respond very strongly to that intimacy. Particularly in seeing that intimacy in a hospital ward.” Since then he’s gone on to highlight the impact that HIV and AIDS has on communities globally – from London to Sub-Saharan Africa.

For the people on the ward, this was a fuck-you to the rampant homophobia that endured, and a defiant gesture of agency in the face of death. “It was an act of incredible bravery to allow themselves to be photographed”, Mendel adds. It wasn’t long before both photographer and subject forgot about the assignment, as deep and honest friendships formed. 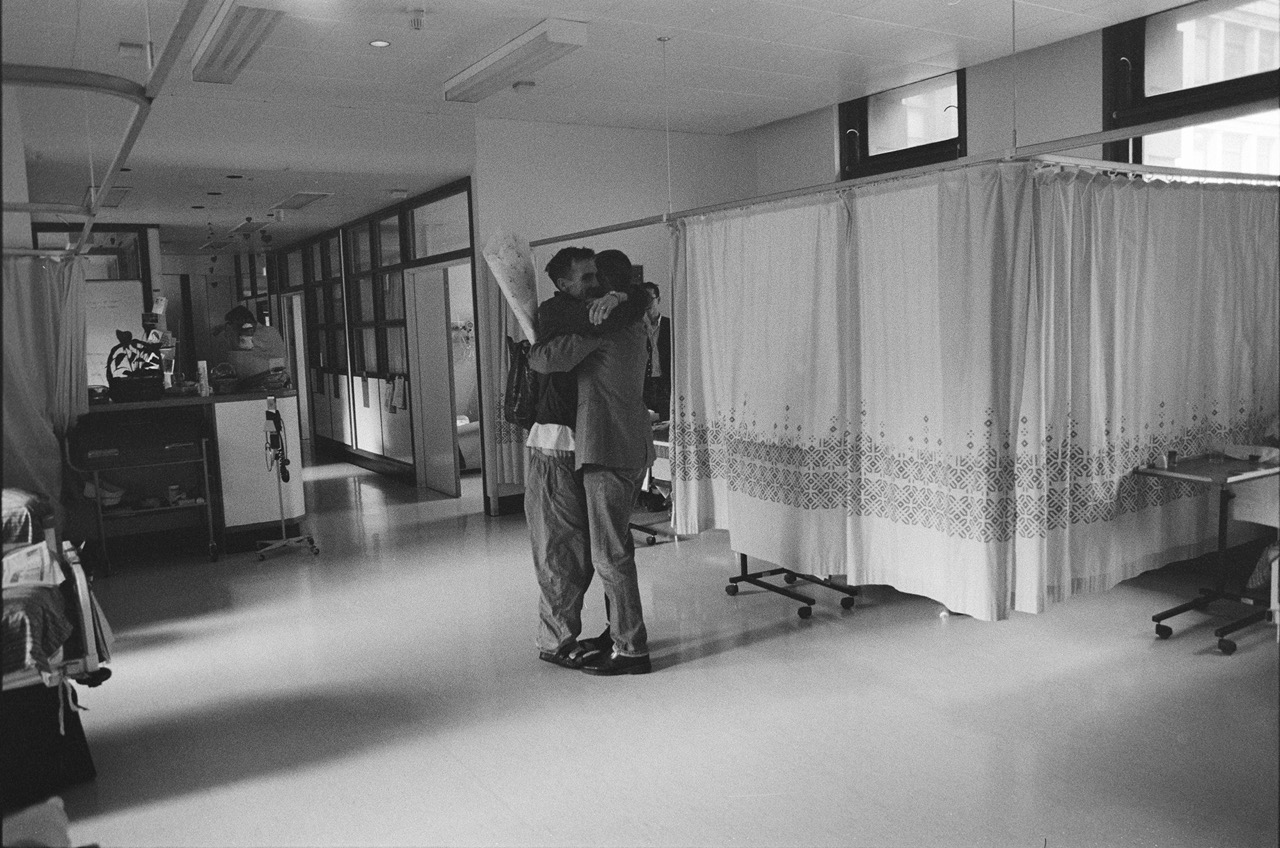 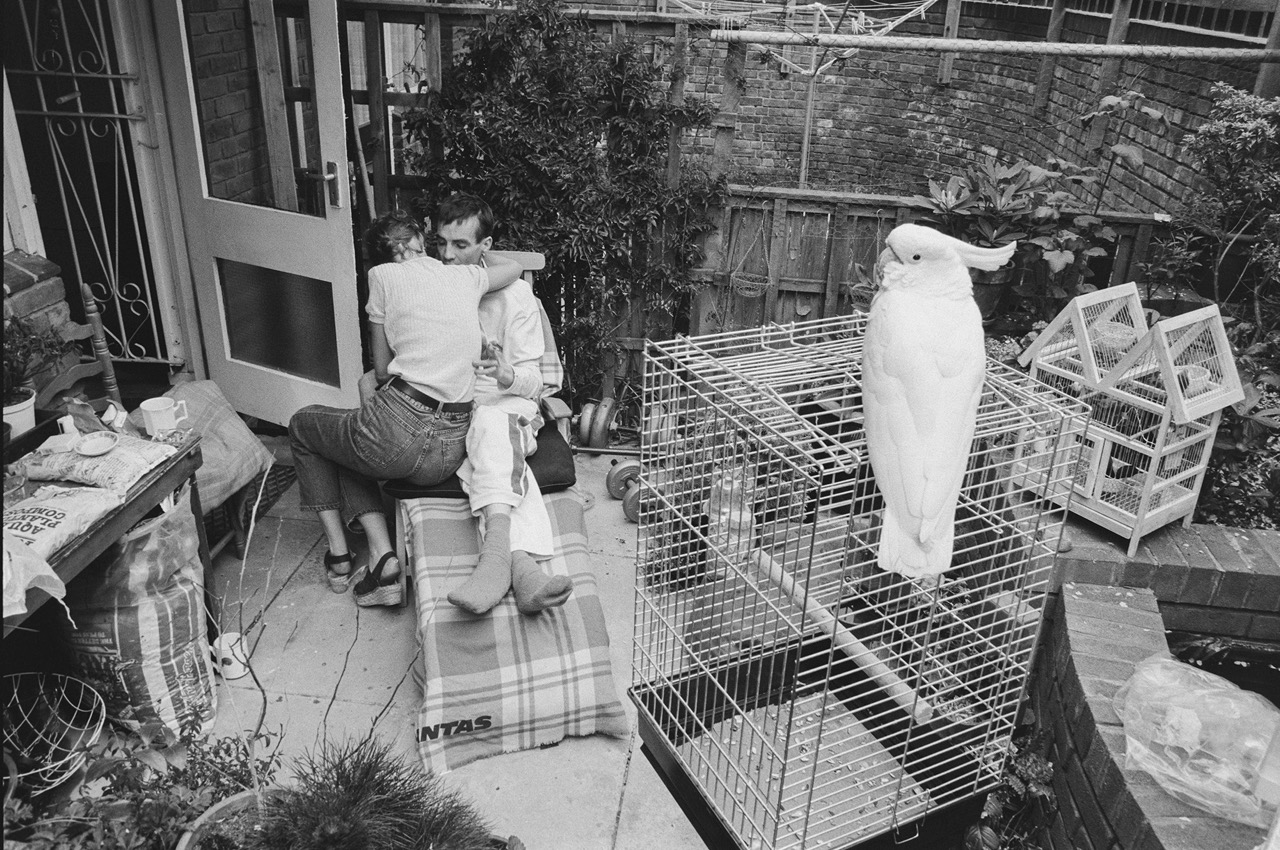 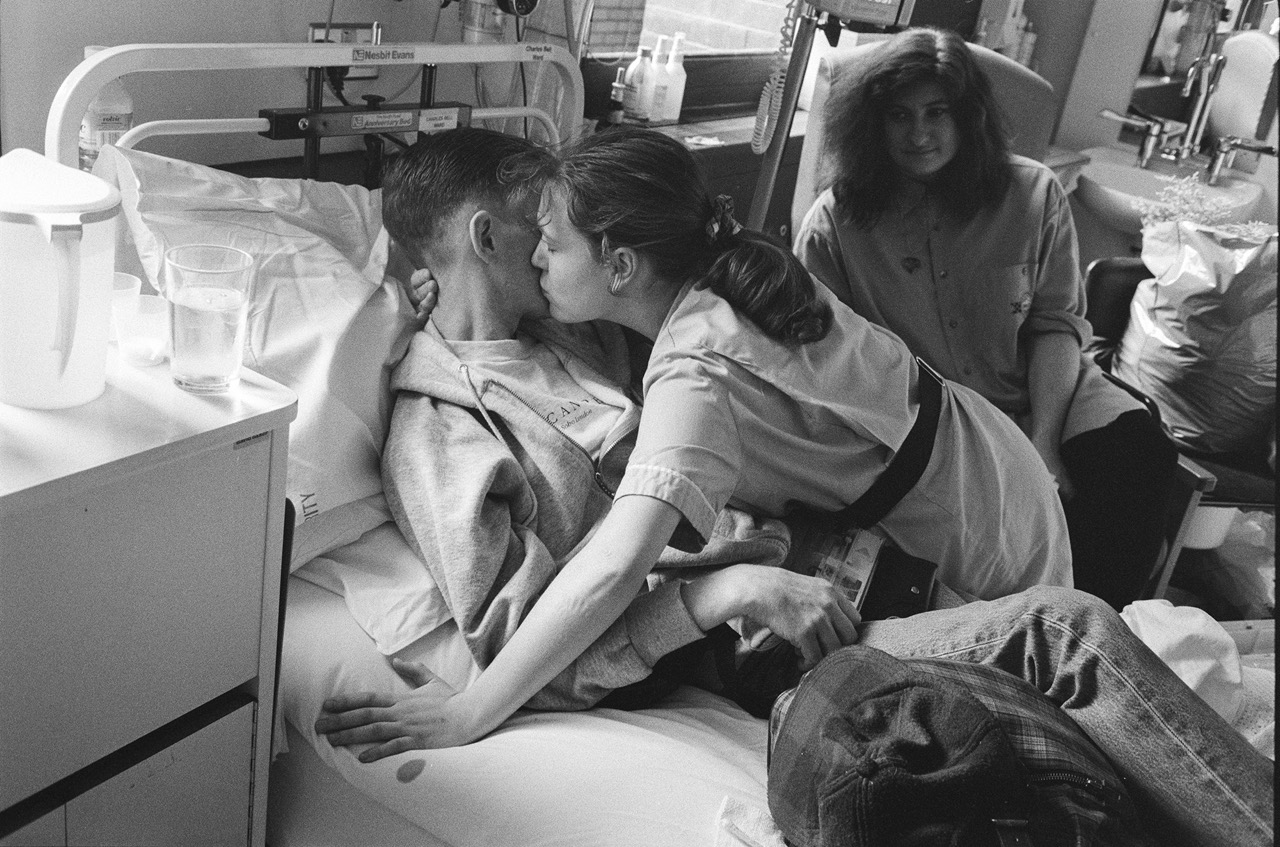 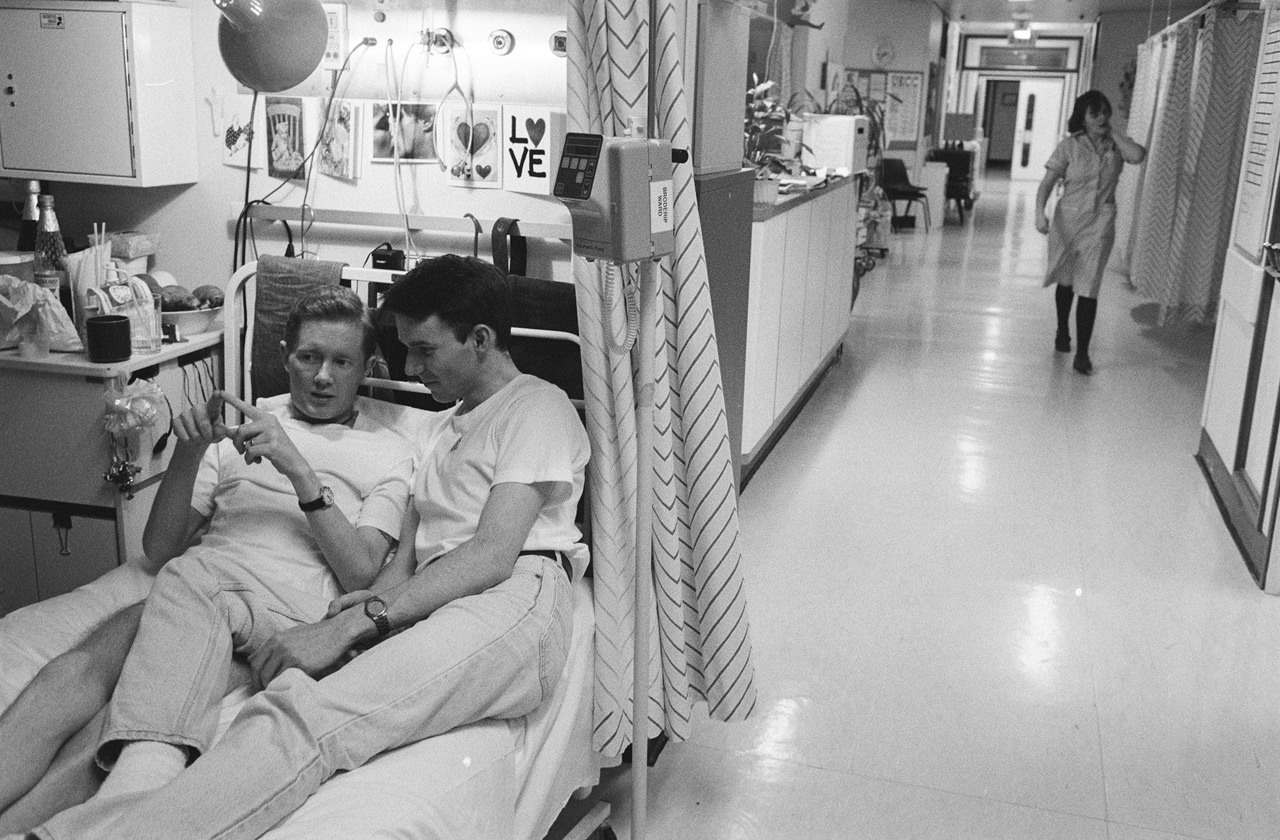 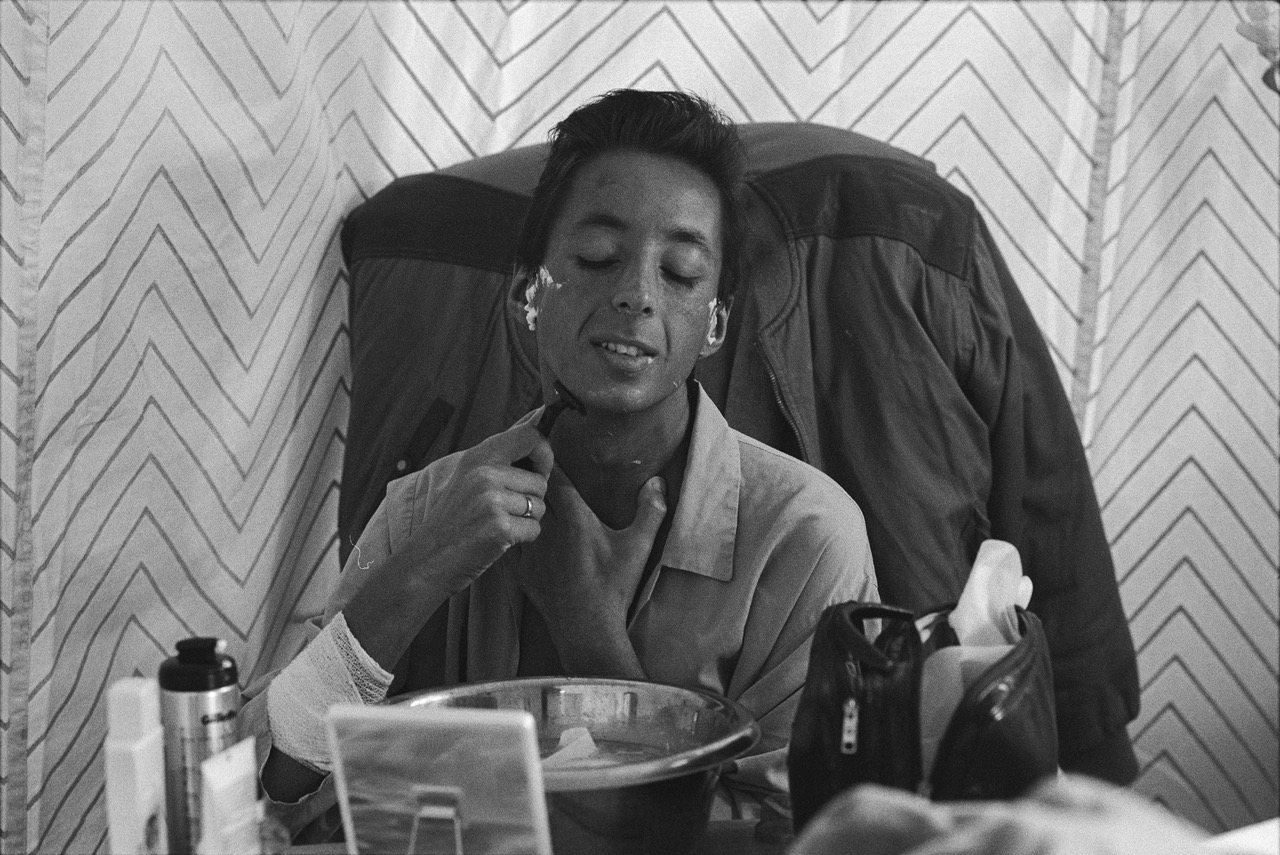 The Ward by Gideon Mendel is published by Trolley Books.

Linkedin
RELATED ARTICLES
OTHER ARTICLES
The idea that a younger generation is abandoning work has become a popular narrative online, but it doesn’t necessarily reflect reality.
Rhiannon Adam spent three months capturing an ageing society wracked by division, isolation, and the aftermath of scandal.
Rogue landlords are exploiting young and inexperienced renters and leaving them in mental and financial turmoil, reports Niall Hignett.
In his 2008 series, the photographer pictured himself as Angela Davis, Martin Luther King Jr., Malcolm X, and other prominent figures.
Birdy Chu reflects on documenting the historic moment in which the territory was formally passed back from the UK to China.
With skyrocketing rents, packed out viewings, bidding wars and more, renting in London has never been harder.