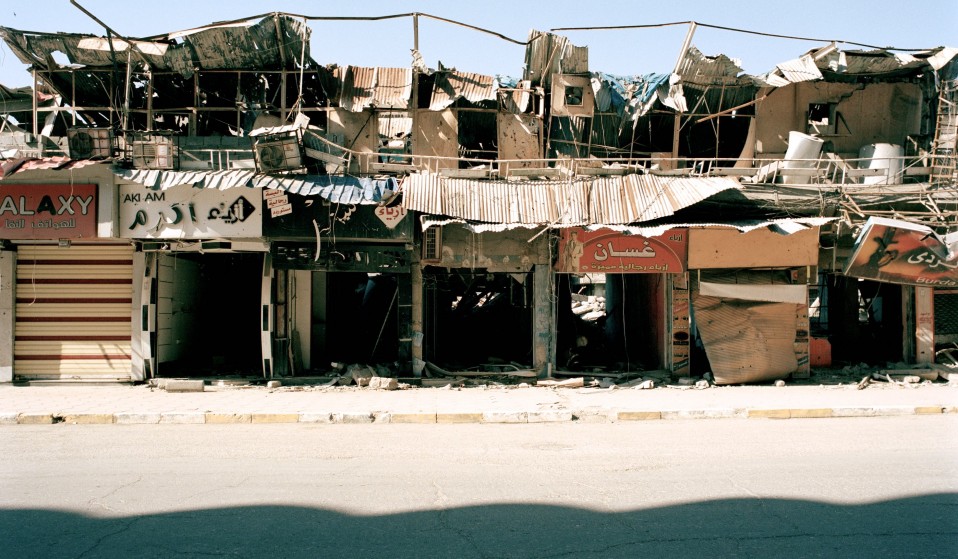 In his latest collaboration with Save The Children, photographer Giles Duley returns to the Iraq city to capture a series of eerie cityscapes – offering a glimpse at the devastating aftermath of the Battle of Mosul.

In his latest collaboration with Save The Children, photographer Giles Duley returns to the Iraq city to capture a series of eerie cityscapes – offering a glimpse at the devastating aftermath of the Battle of Mosul.

This year I’ve been working on a photography project with Save the Children, looking at the lives of children in three conflict zones. We tend to look at wars as individual events – I’m interested in looking at the themes across them.

For children, war is particularly damaging. As well as physical injuries, loss of homes, and becoming refugees, children miss out on education, and the trauma can have a long-lasting psychological impact.

The first two stories we documented were of children living in the contact zone in Ukraine and in the South Sudanese refugee camp in Uganda. For the final story, we wanted to focus on a family living in Mosul. 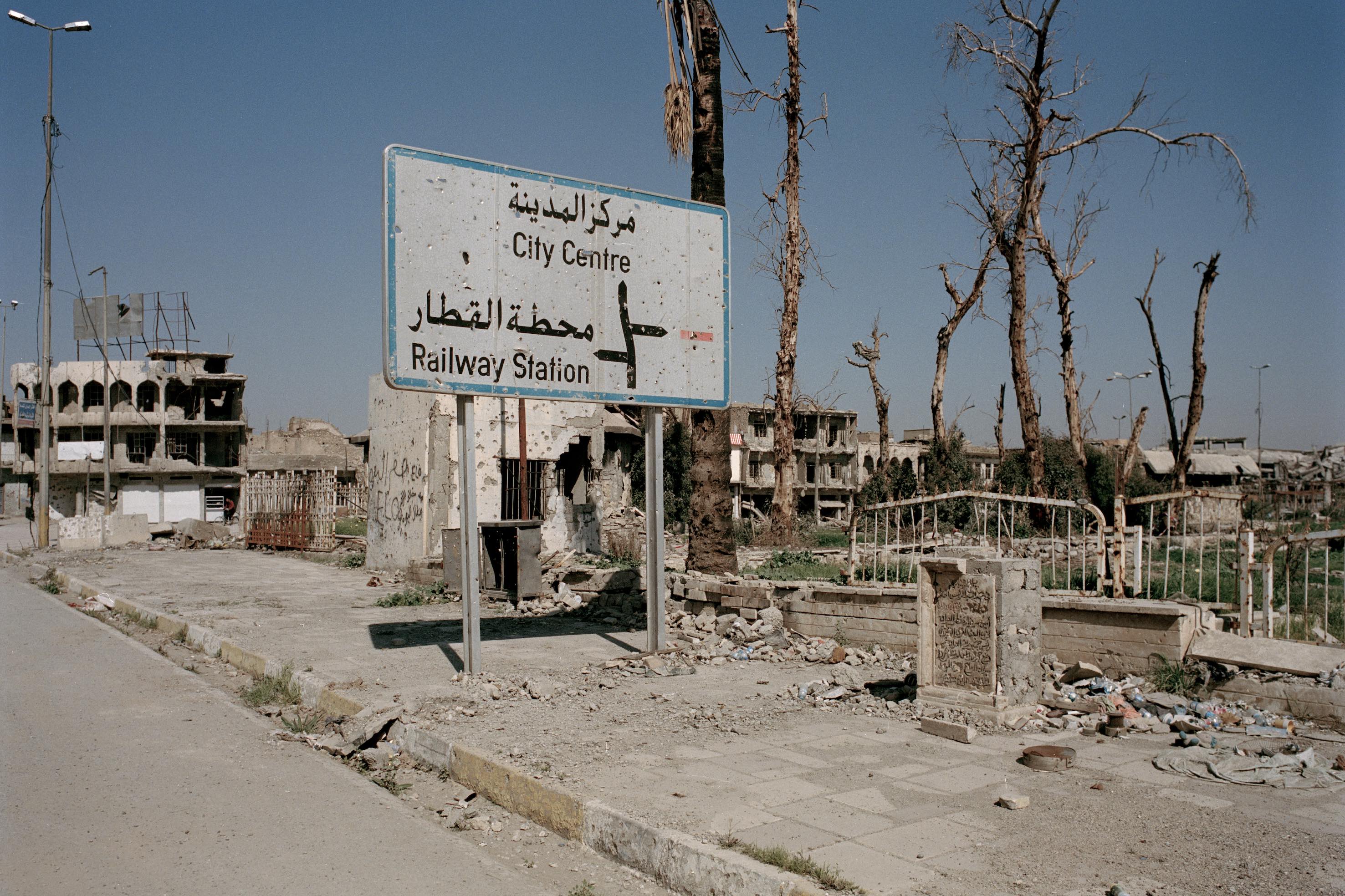 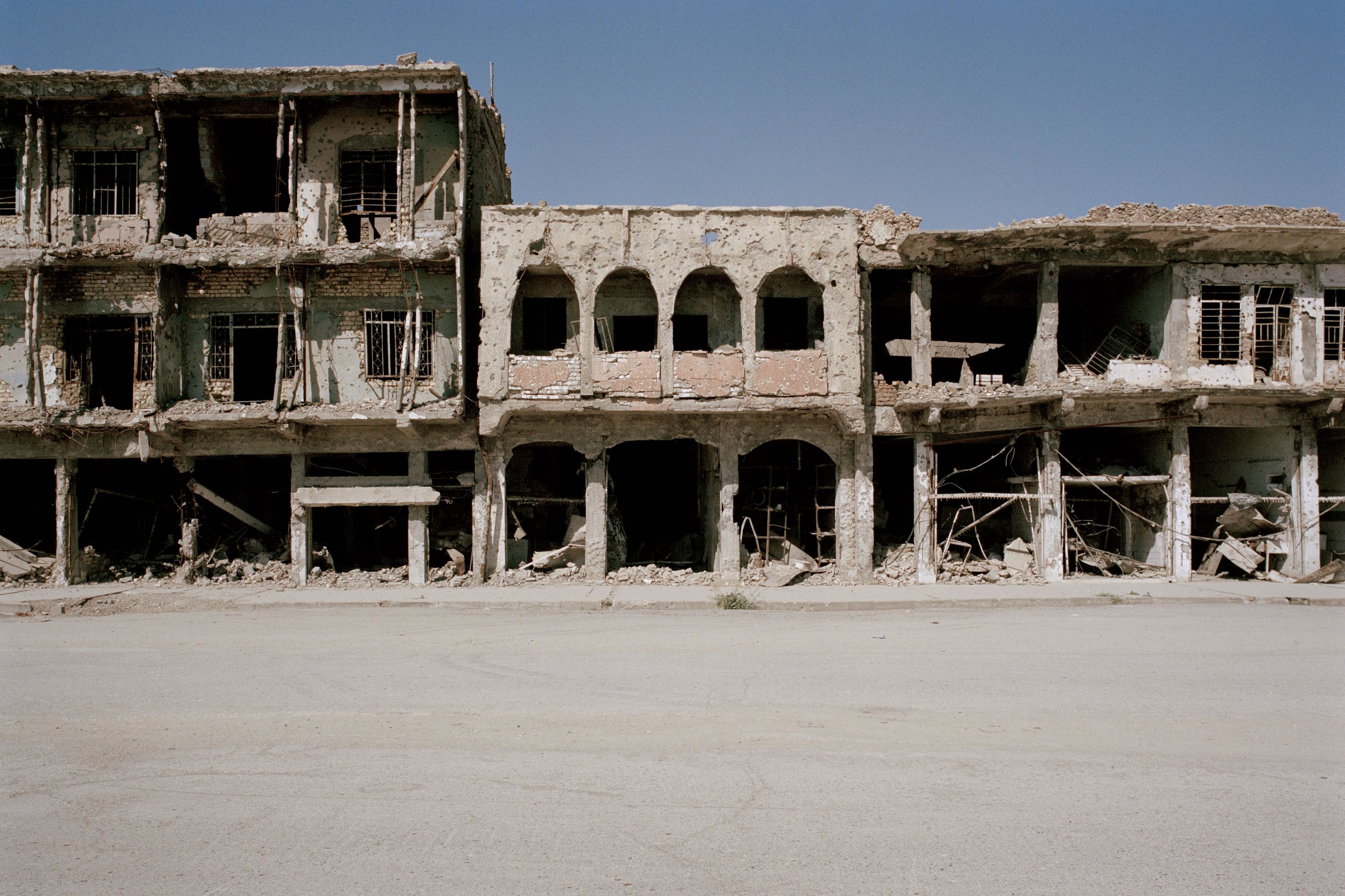 I had first visited Mosul in spring 2017, where I’d been covering the military campaign to retake the city from ISIS. Based in a hospital in Erbil, I witnessed the very real and personal horrors of what was happening. In over a decade of covering the impact of conflict, I’d never seen anything on the same scale.

On a personal level, it was a difficult time. I struggled to reconcile the seeming futility of photography against such an onslaught on humanity. Both sides were engaged in a total war for the city, and civilians were paying the price. I’ve never seen so many injured children, complex injuries (multiple limb loss) or decimated families.

In the end, it was the words of a mother that reminded me of my purpose. Referring to her son who had lost both of his legs, she’d said; “when a child is injured like this, the whole world should see.” And so, for the following weeks, I did the best that I could to act as a witness for what was happening. 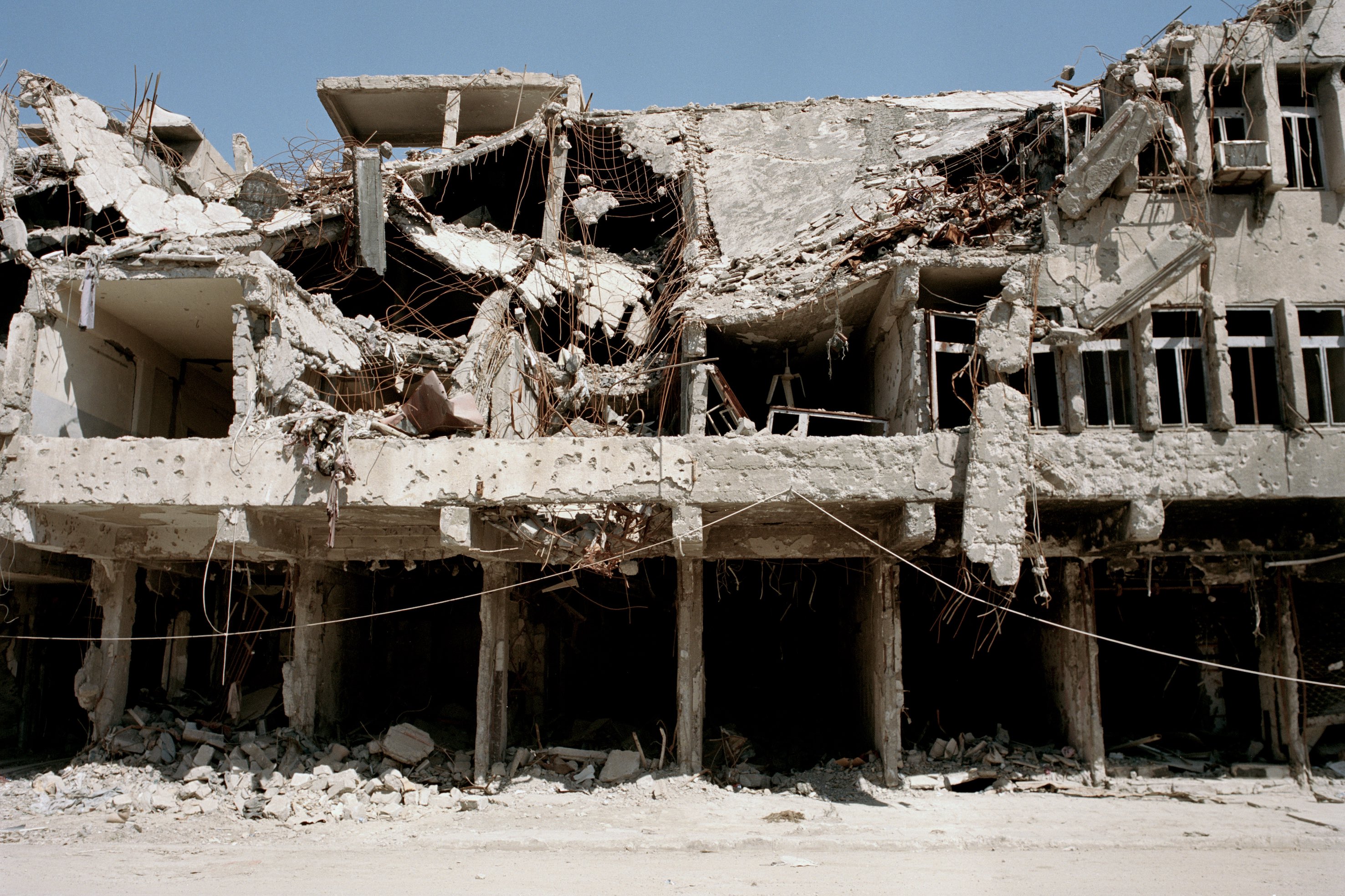 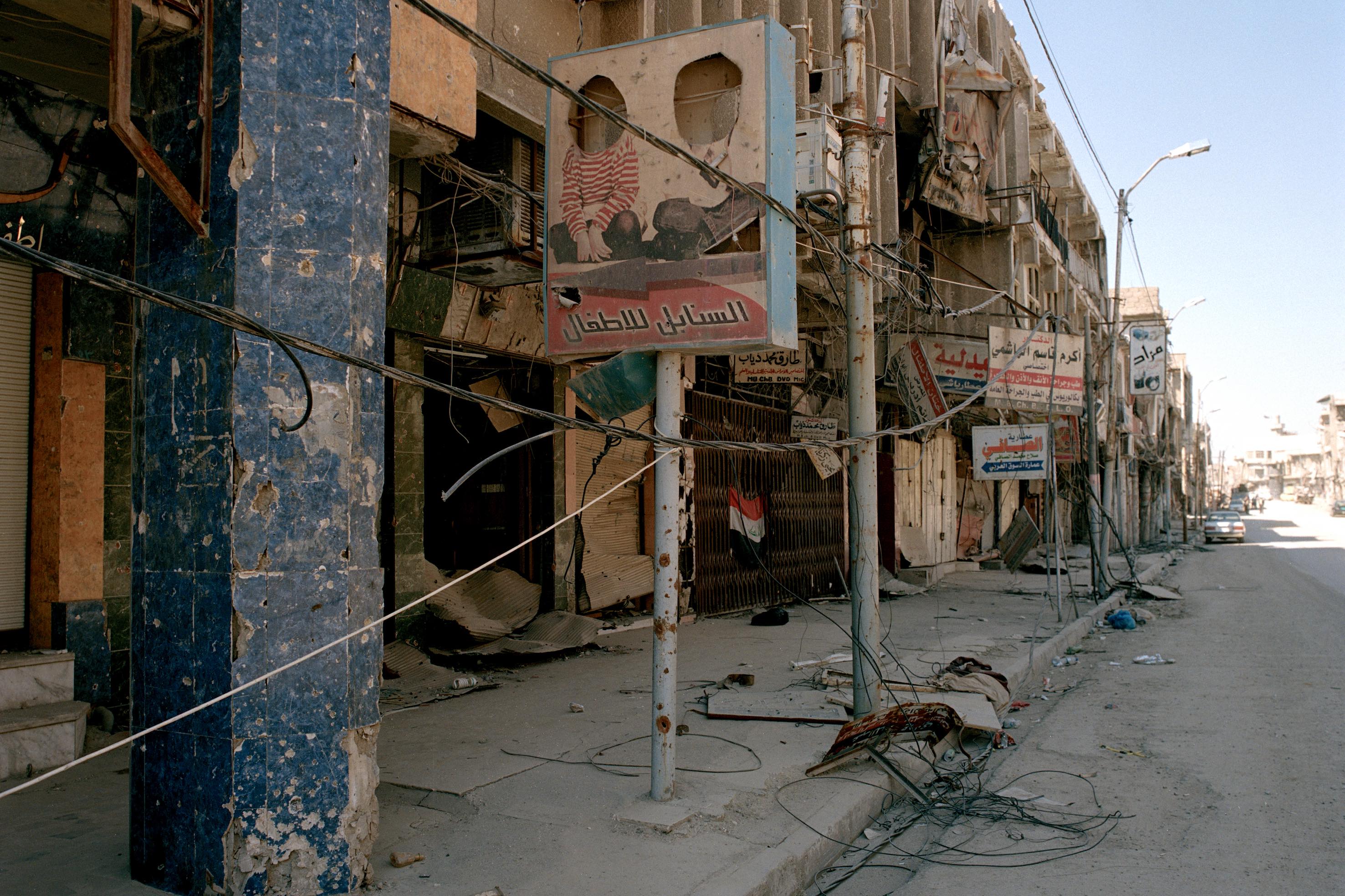 When I returned with Save the Children this year, I did so with a certain trepidation. And rightly so – in the time I was there, I met families and children who had suffered unimaginably under both ISIS control of the city and during the months of fighting to retake it. However, with the fighting over, this trip also gave me the opportunity to step back from the very intimate and personal, where my work normally focuses; and instead to look at the scars of the city itself.

That’s where this series of cityscapes comes from. More than anything else, I simply wanted these photos to act as a witness. But I also believe in current times we all have to do more. More specifically, I hope these images support Save the Children’s work in advocating for the protection of children in conflict. 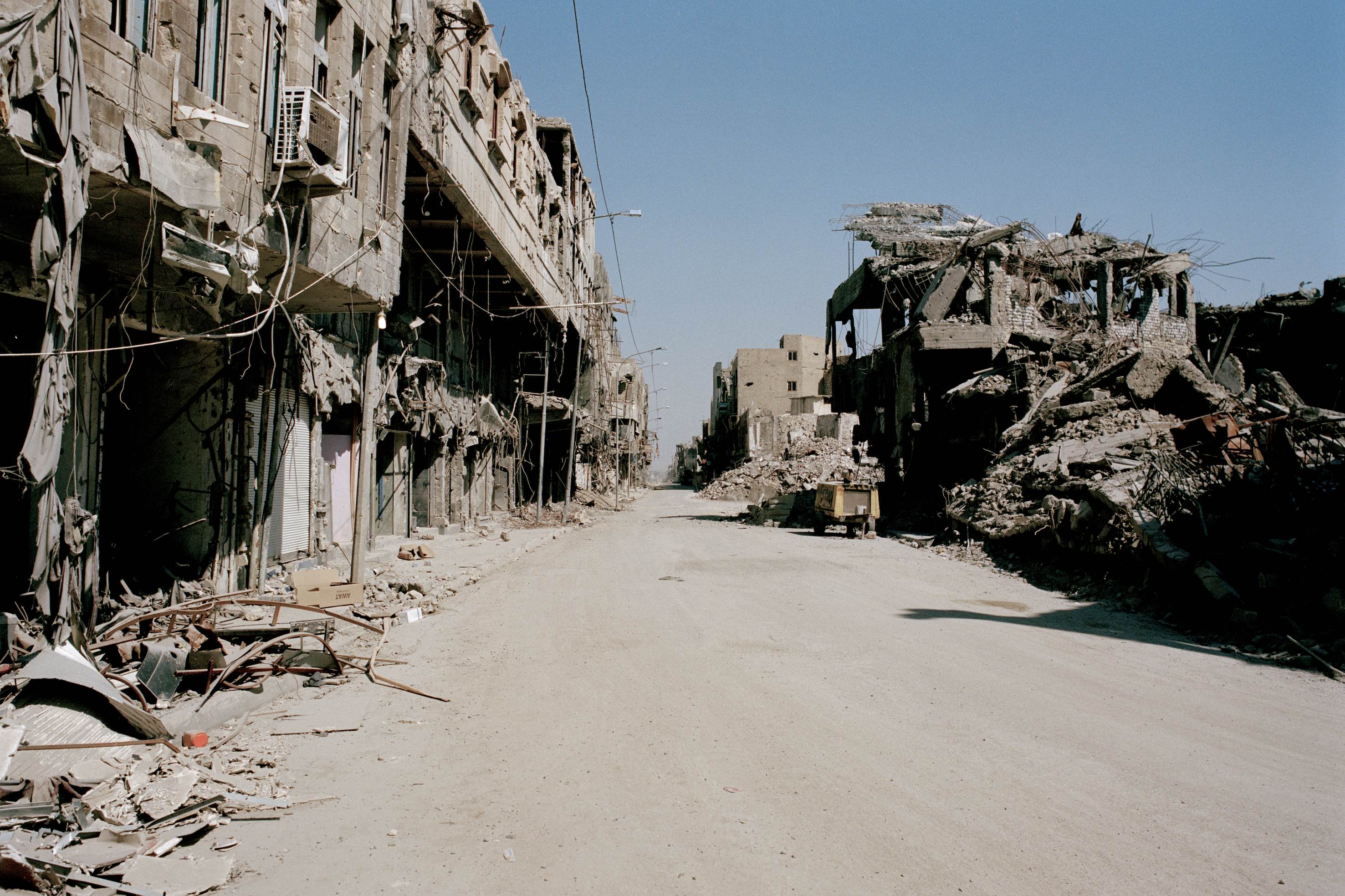 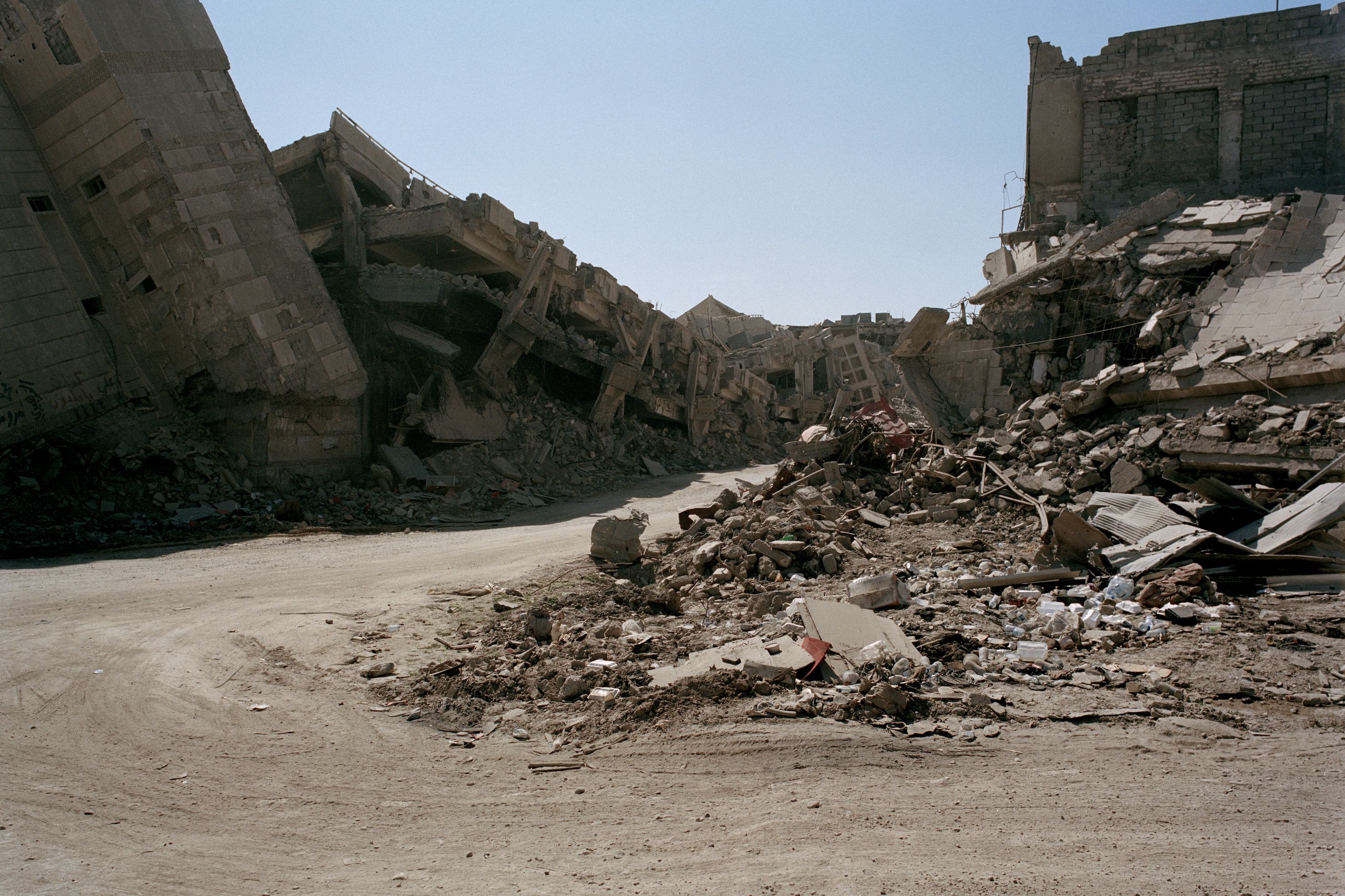 The Save the Children team is young – mainly from Mosul and the majority women. To listen to them telling me stories; I saw their passion, fight and desire to rebuild their own city. They had all suffered under ISIS rule, especially the women, but they were unbowed and in their resilience and hope I saw the future of this city.

The charity has just released a report highlighting the devastating impact of the conflict in Mosul on children’s mental health. These children must be given the right support to help rebuild their lives. 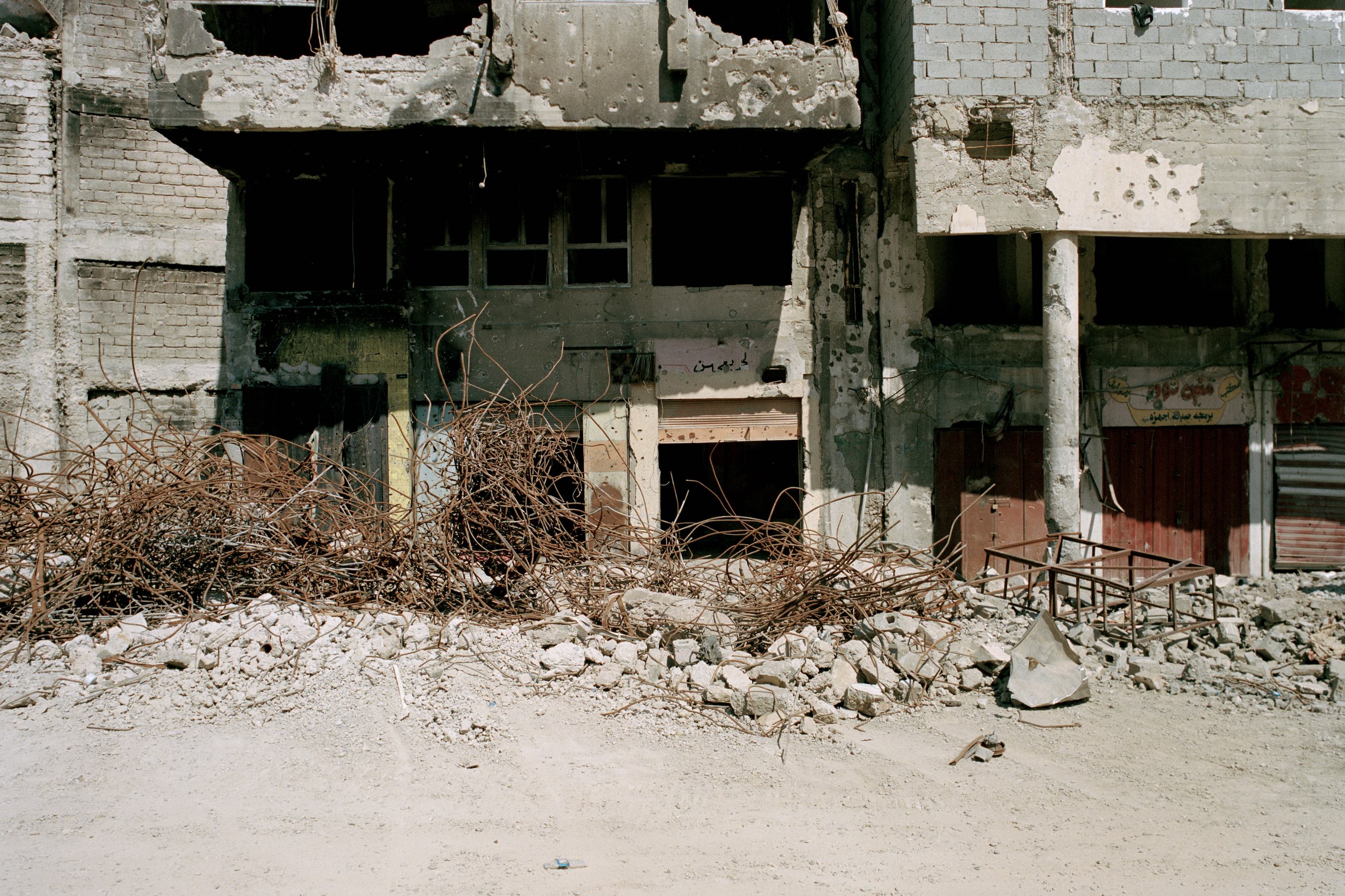 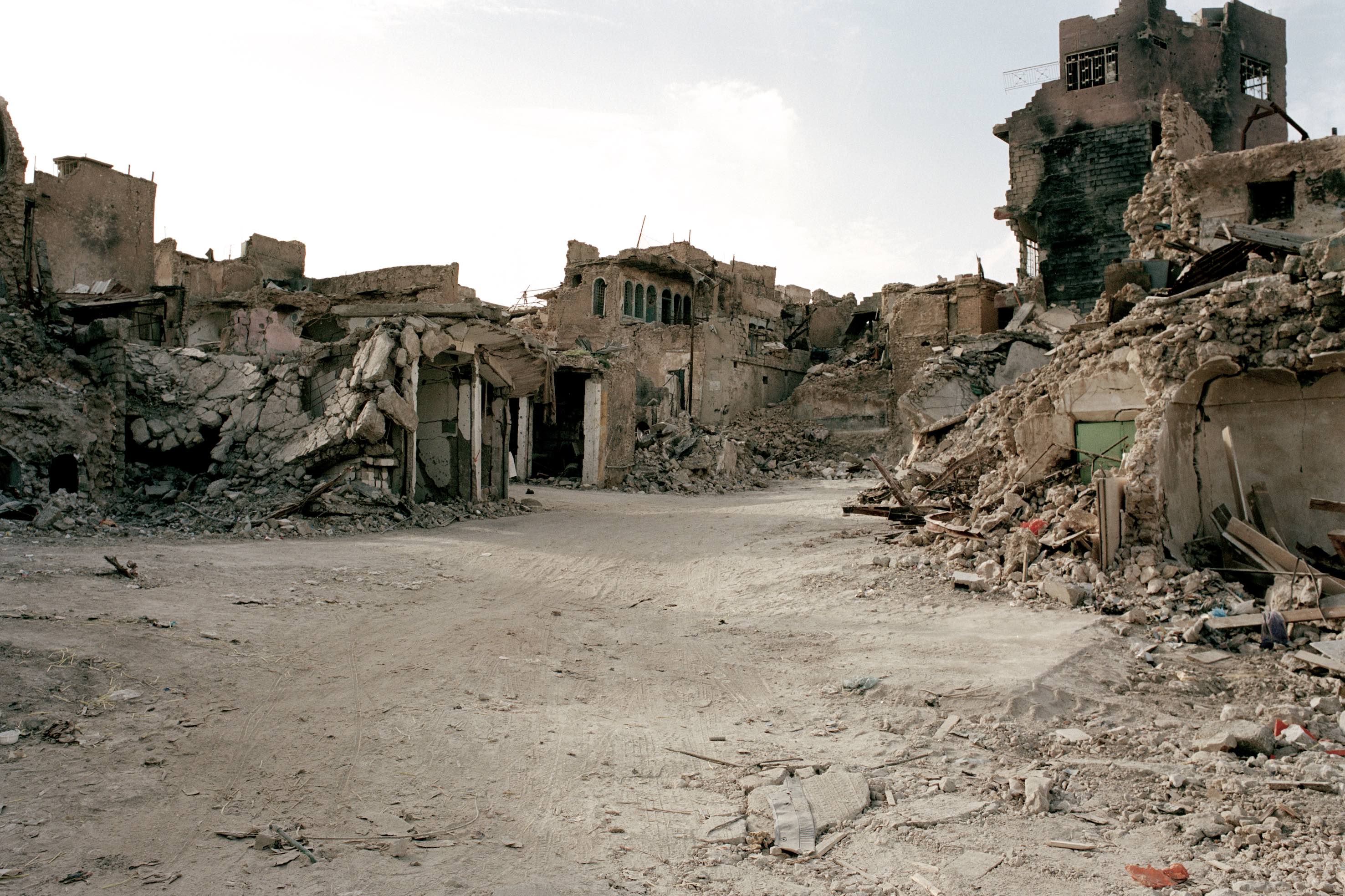 Find out more about Save the Children’s work in protecting children in conflict.

Linkedin
RELATED ARTICLES
OTHER ARTICLES
Jermain Cikic reflects on his experience of visiting the island of Samos, Greece, in the summer of 2021.
A new book traces the legislation’s tumultuous history and the lasting impact its had on LGBTQ+ activism today.
In Sheffield, food delivery drivers are fighting back against one of the giants of the gig economy.
The novelist discusses his electrifying debut, which offers a deft examination of masculinity under late capitalism.
With abuse of call-centre staff on the rise, many are now speaking out about the hostility they’ve faced.
From Brooklyn gang members, to Welsh miners and the residents of East Harlem, Bruce Davidson used his camera to shine a light on the most marginalised.