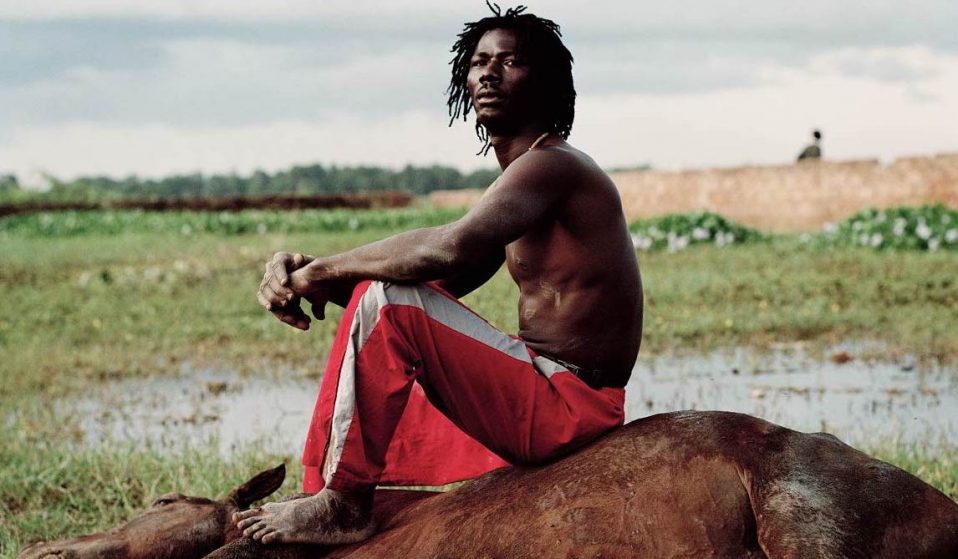 A new project from Hoxton Mini Press and the British Journal of Photography seeks to answer the question: what does it mean to be human today?

Featuring 200 images from photographers stretched across 65 different countries, a new project from Hoxton Mini Press and the British Journal of Photography seeks to answer the question: what does it mean to be human today?

Last year, Hoxton Mini Press and the British Journal of Photography came together for Portrait of Britain, a book celebrating the beauty and diversity of contemporary British society. Made up of 200 images taken in locations across the country, it was a visual study in the fluidity of national identity.

Following the success of the publication, Hoxton and BJP have collaborated again for a follow-up. Titled Portrait Of Humanity, the new book goes beyond the British Isles, documenting the shared human experience on a global scale with photographers stretched across 65 different countries.

In what feel like particularly trying times, the project – which supports a worldwide touring exhibition – is a reminder that, despite our differences, we have an awful lot more in common than divisive forces would have us believe.

Below, you can find 10 pictures featured in the book, along with short stories courtesy of the photographers who took them.

“I met this couple in Berlin. They were sitting together on the side of a street when I started a conversation with them. We talked for a long time and the man repeated, ‘We are a family, we are together, we are strong’ over and over. When I got up to leave I glanced back at them and took this photograph.” 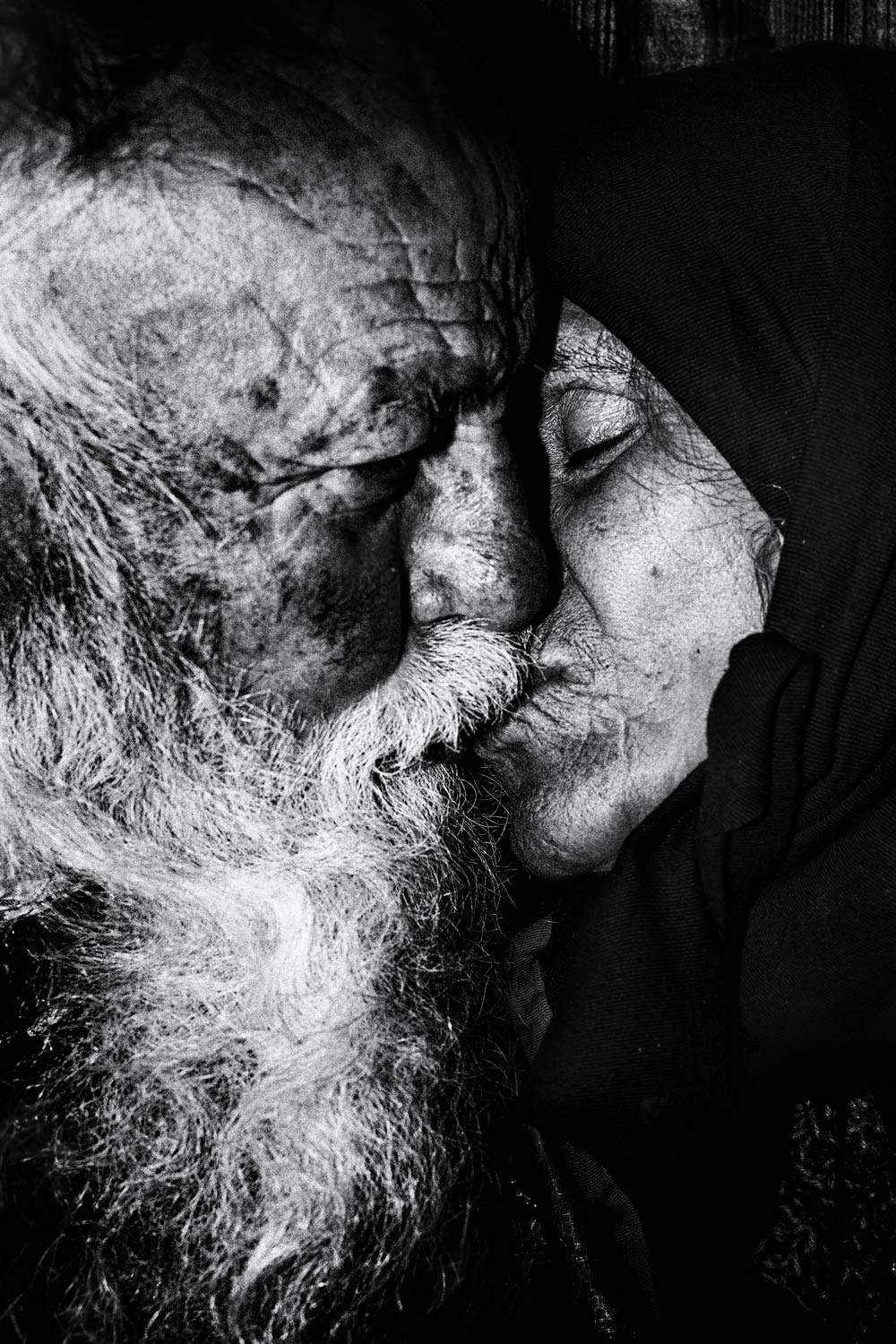 “These children live in an orphanage. They make me think not only of their own future but also of their country’s future. I hope they will grow up in a North Korea that opens up and emerges from the time capsule within which it has been locked for well over half a century.” 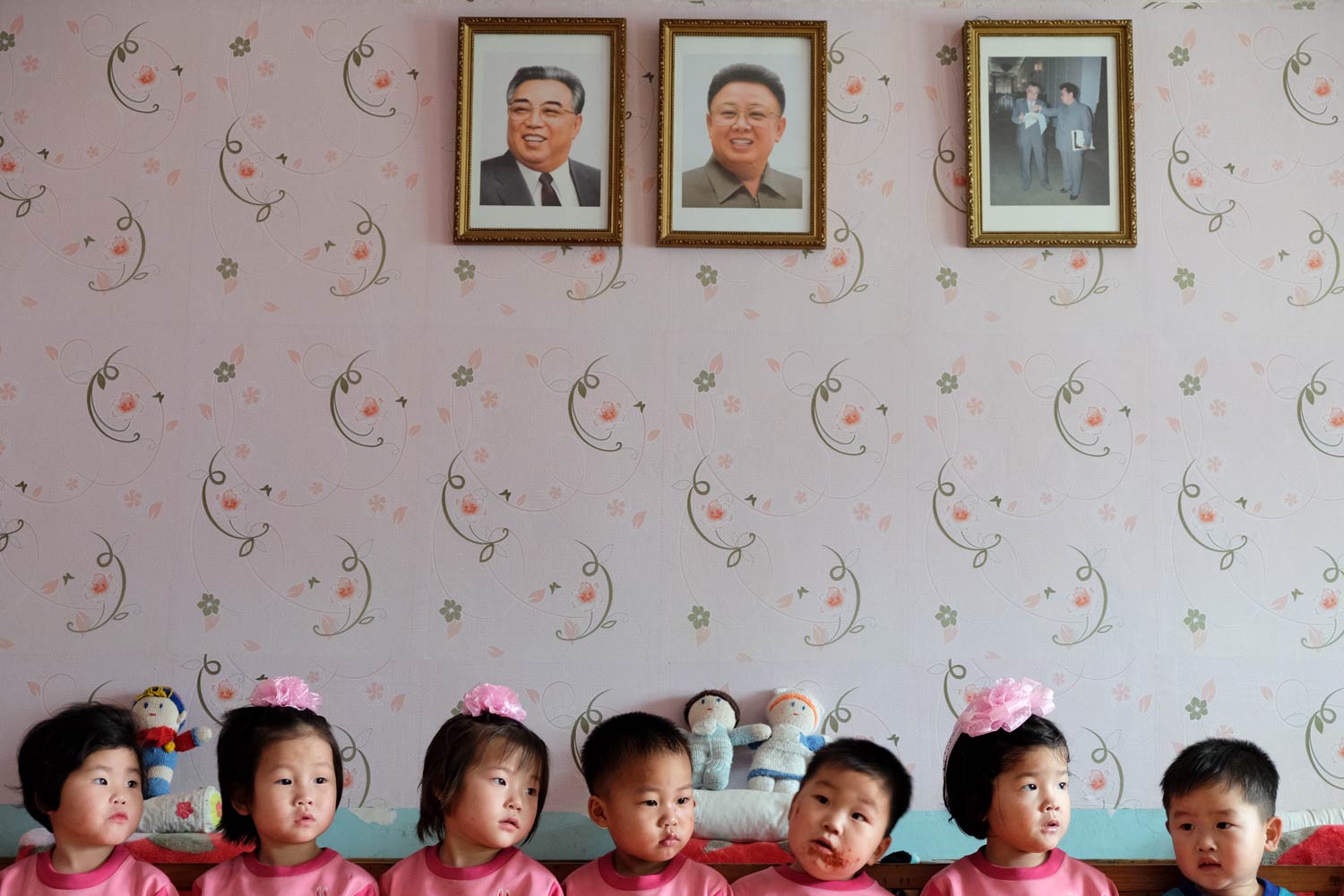 “A hairdresser works on the balcony of a commercial building while her clients relax. Competition for trading space in central Kampala is fierce.” 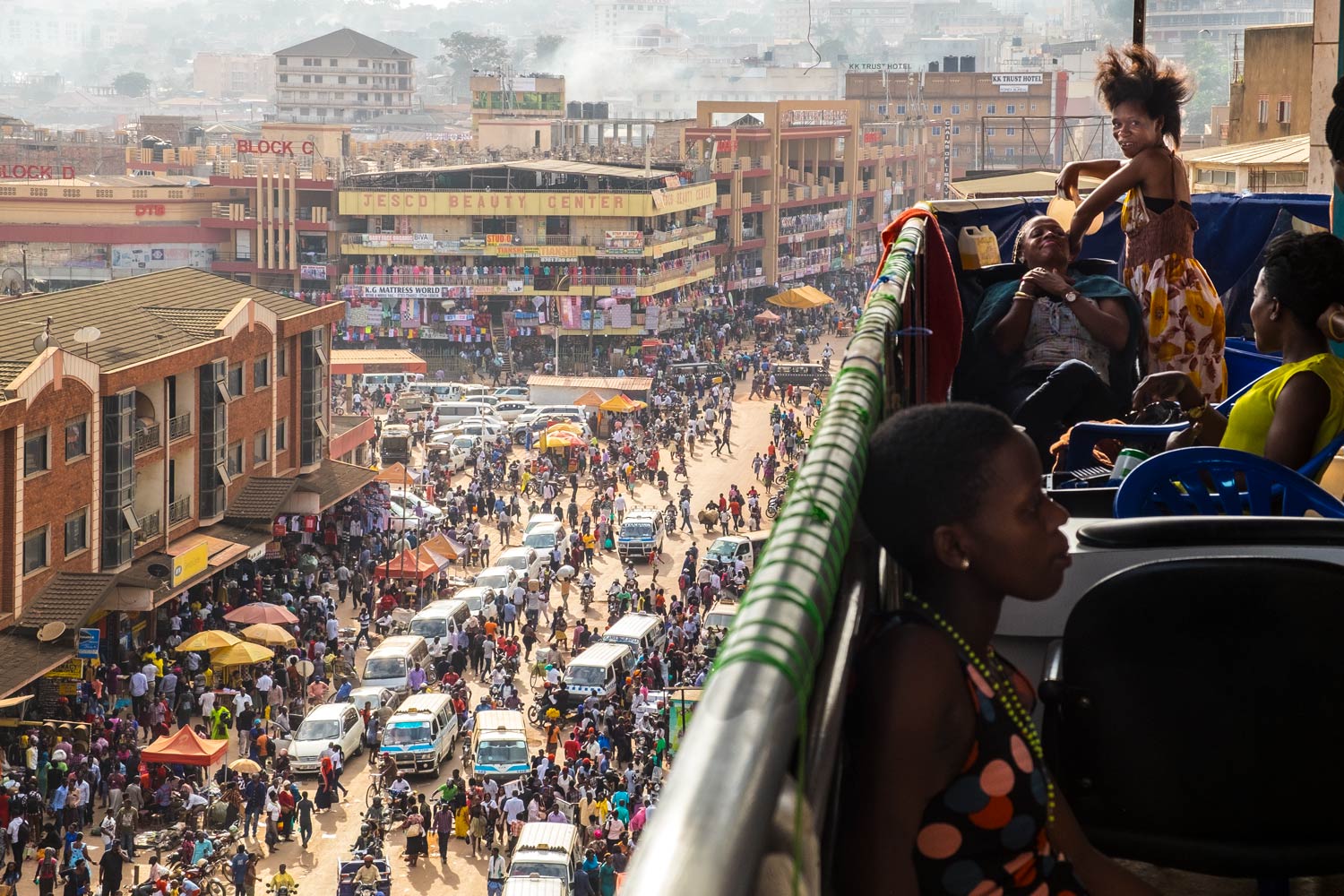 “Born in 1906, Uncle Tim grew up in an old Jewish community in the north of England, served in the British Army in India, lived through two world wars, saw communism rise and fall and witnessed the technological revolution, yet he appeared untouched and unmoved by change. He barely spoke but his silence filled my imagination with stories of the past.” 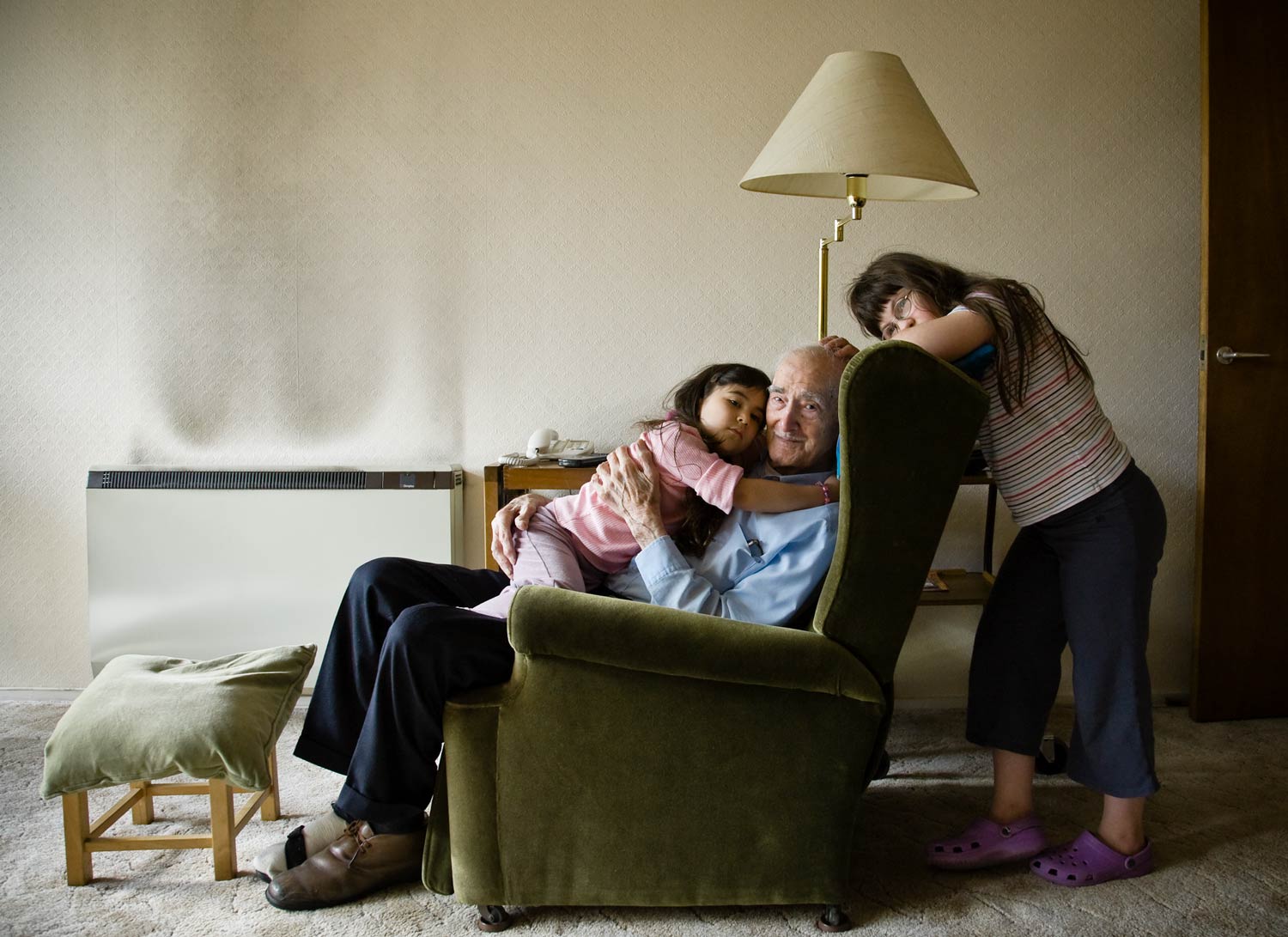 ‘You Can Post This After I Die’ – Tajette O’Halloran (Boca Raton, Florida, USA)

“I took this photograph one evening while staying with my grandma. She was undressing from the day and I was about to hop into the shower. As I walked through her room to use her en-suite bathroom, she looked at me and said, ‘Oi vey, what a figure!’ She then stood next to me, shrugged, and lifted up her breasts to where they might have sat 58 years ago when she was my age. I laughed and laughed and Grandma giggled her infectious little giggle. She died on 11 March 2018 at the age of 94 and I can still hear her voice: ‘Put that damn camera away!’” 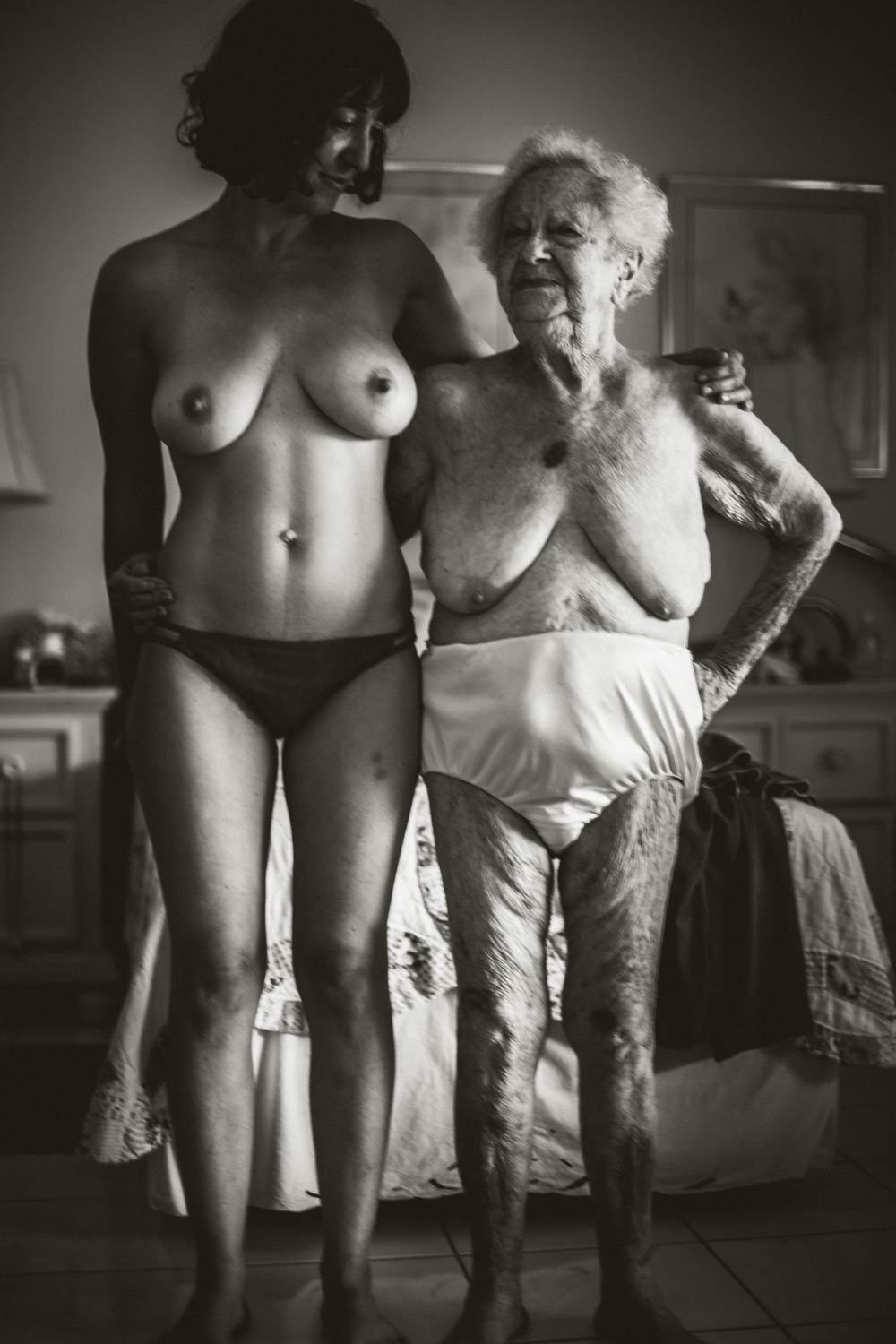 “Niyonshuti was five years old when he became an orphan and found himself living in the streets. At the age of 10 he was taken in by the Streets Ahead Children’s Centre Association and had the chance to go to school. At 26, Niyonshuti graduated from the College of Medicine and Health Sciences at the University of Rwanda.” 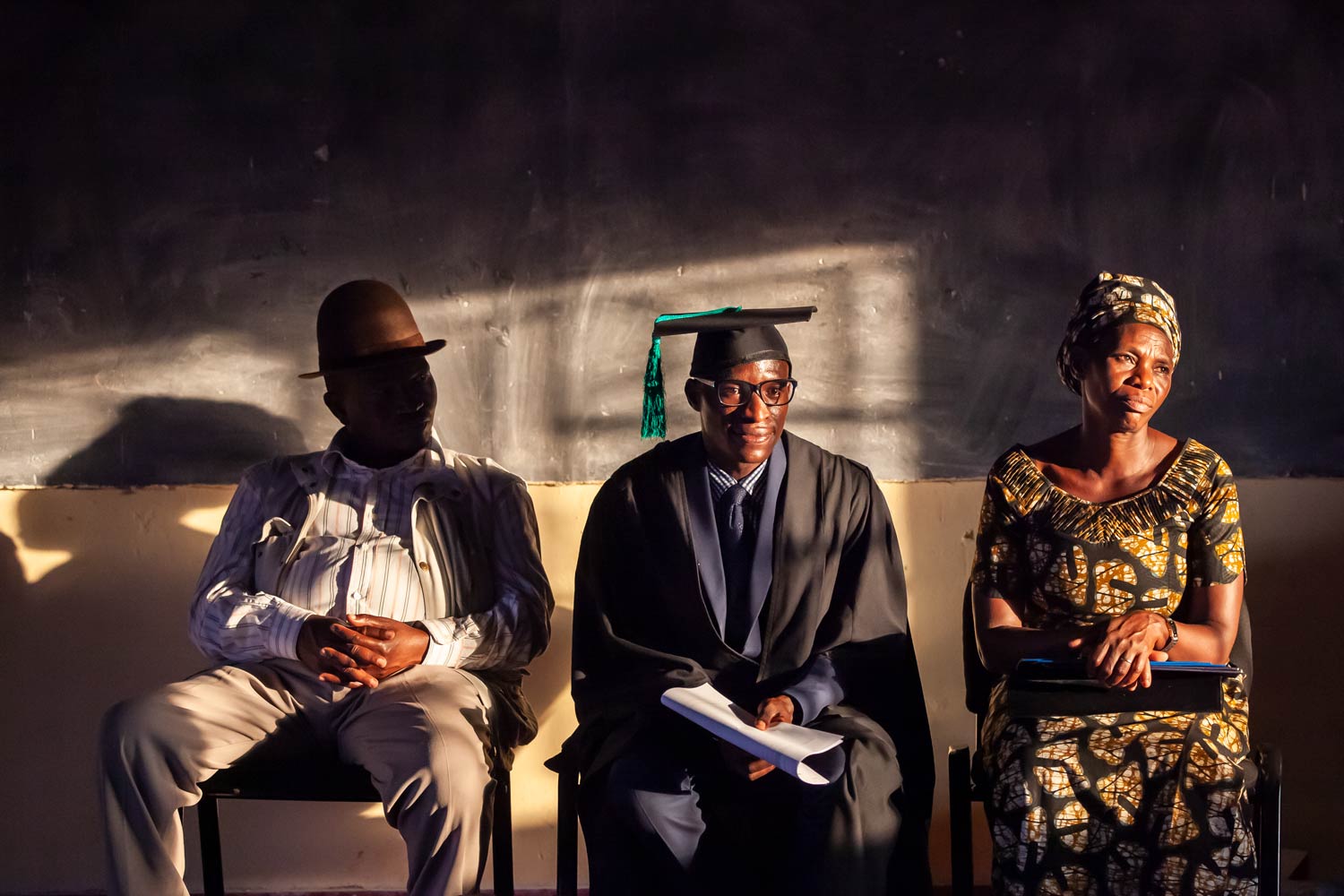 “Samy was raised in western France but towards adulthood he found it challenging to reconcile the conservatism of his home region with his own flamboyant nature. Samy moved to London where he found the freedom to be himself.” 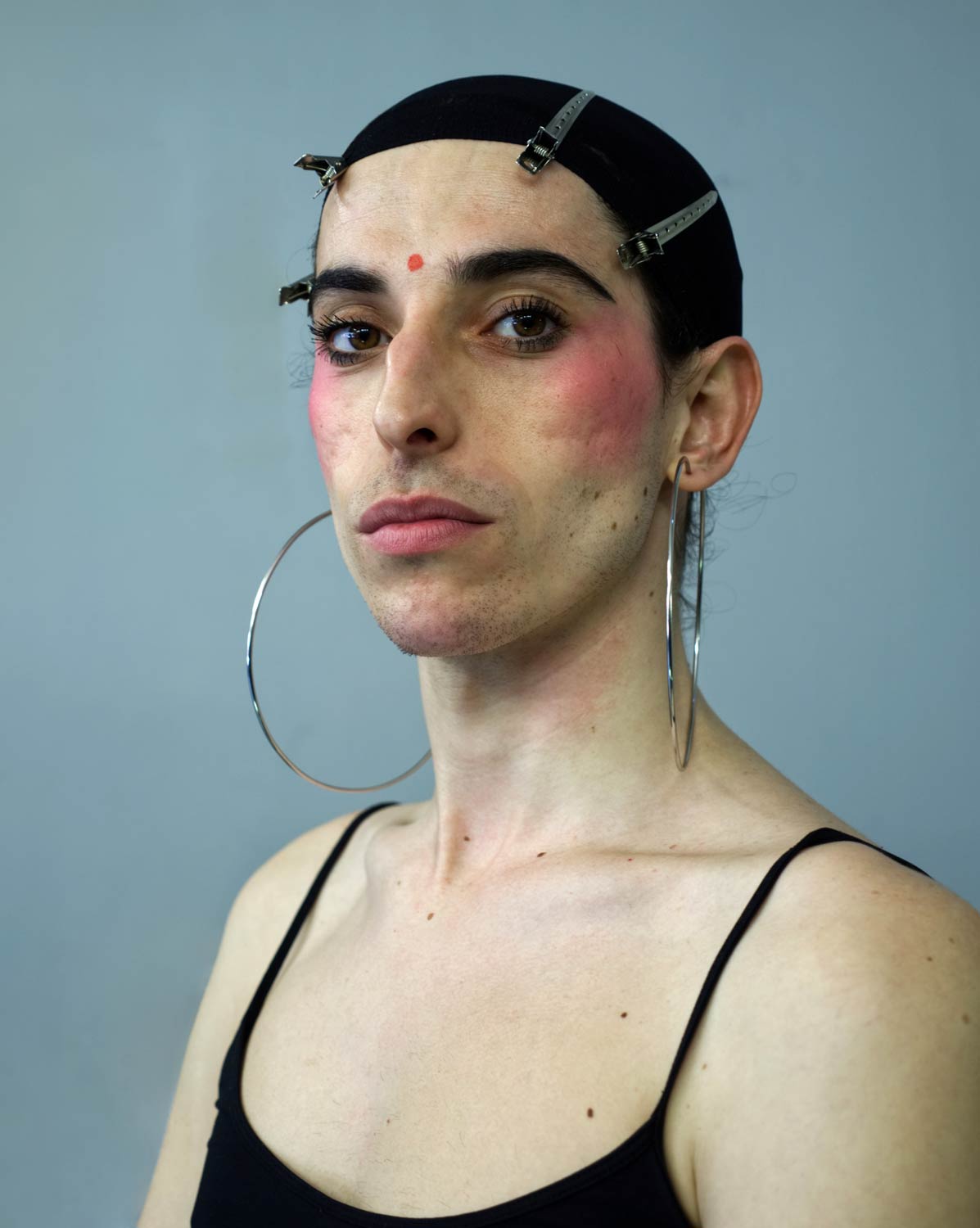 “Faso is a horseman and master of equestrian vaulting. I was impressed by how easily he got the horse to lie down, as though the animal was a pet dog.” 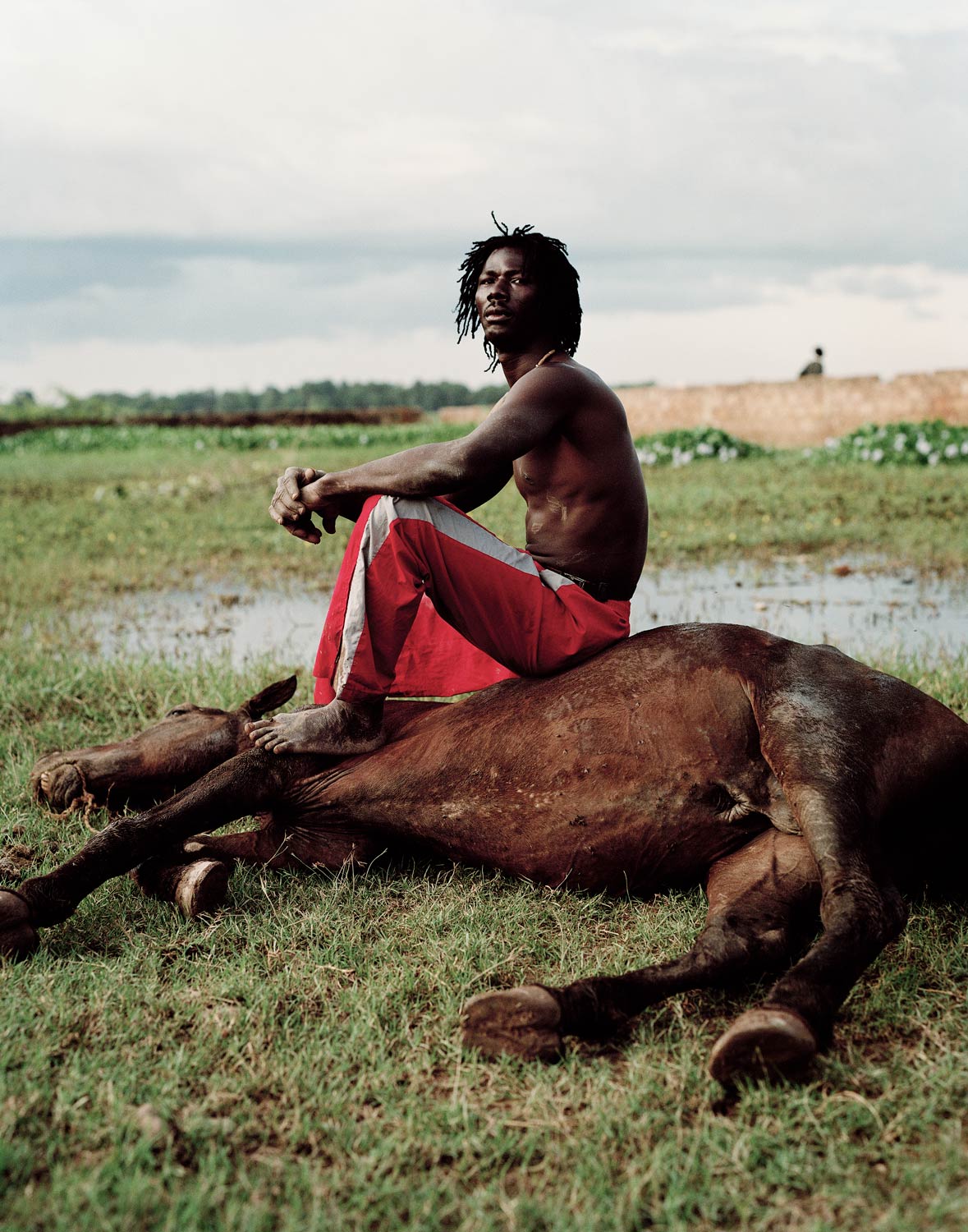 “Since 2013, Shahla Yasini has been challenging stereotypes of Middle Eastern women by pioneering the surfing scene in southeast Iran. She represents a new Iranian youth who are proud, courageous and ready to fight for their freedom.” 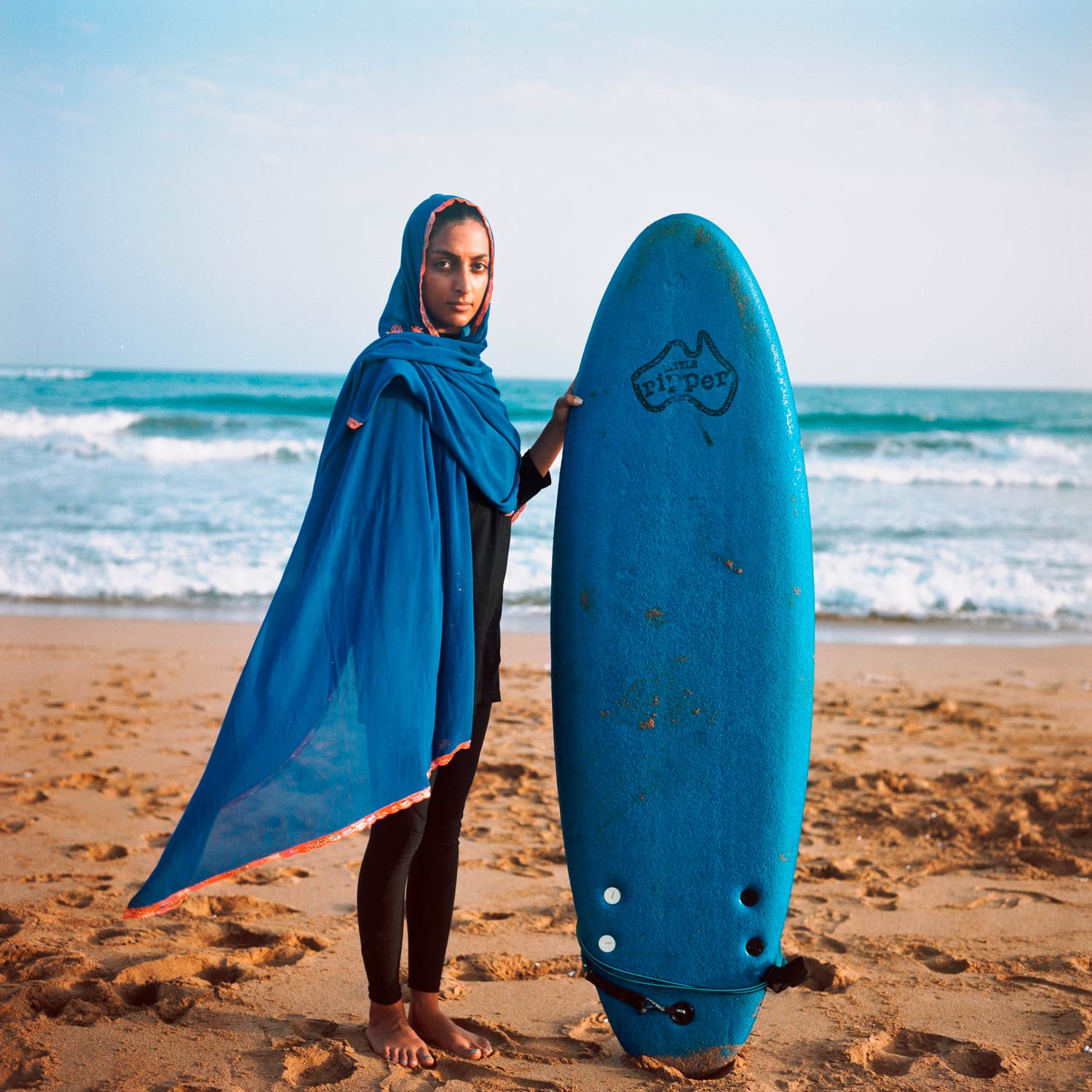 ‘Adrian and Sofia at the Beach’ – Javier Caso (Barcelona, Spain)

“The artist and political activist Adrian Monzón, his wife Yordi and their daughter Sofía are a young Cuban family living in a little beach town a few miles away from Barcelona. I had the opportunity to document a truly beautiful moment of love, happiness and connection between Adrian and Sofia.” 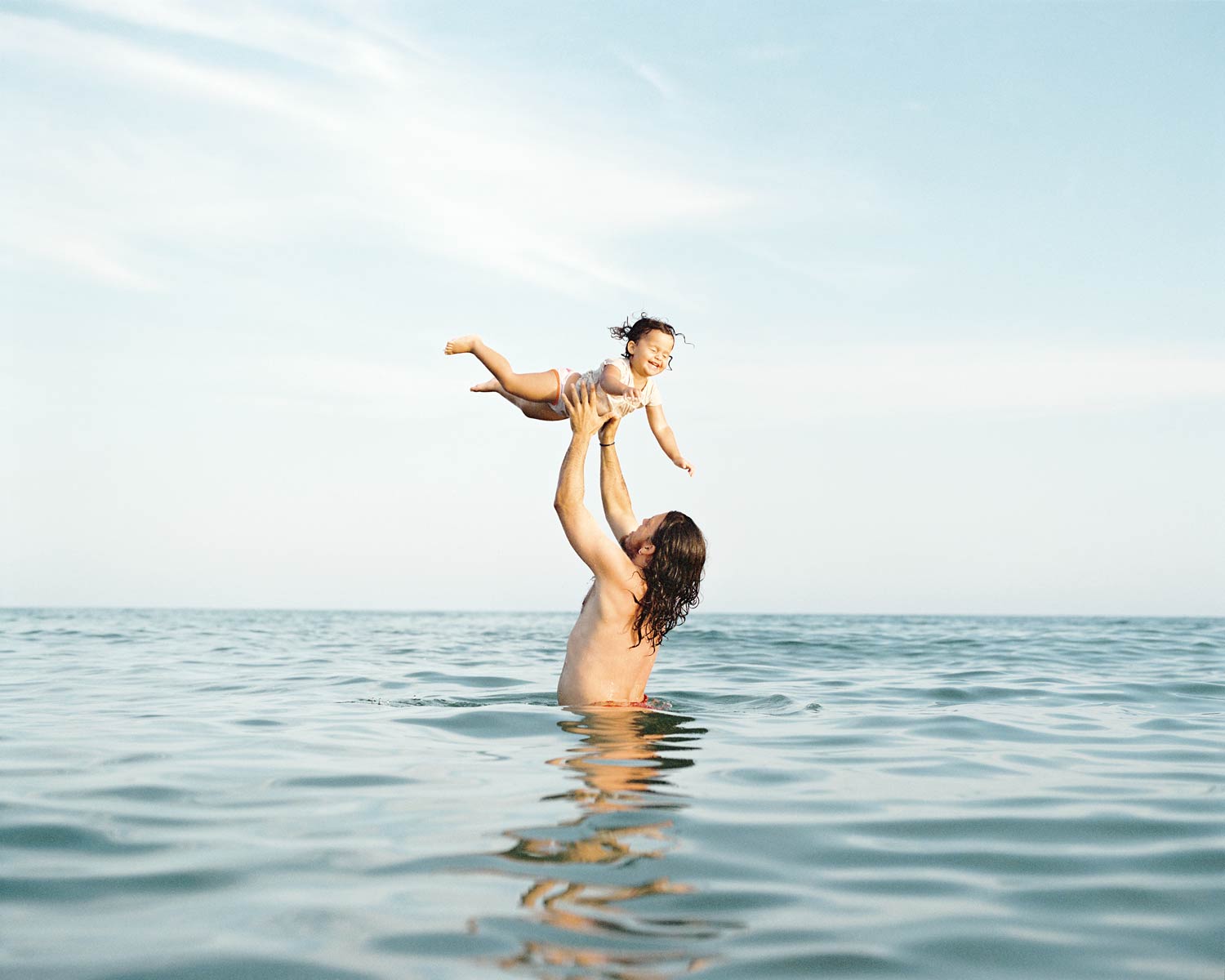 Portrait of Humanity is available now from Hoxton Mini Press.

Linkedin
RELATED ARTICLES
OTHER ARTICLES
Our new magazine is here, starring the inimitable Mitski. Order your copy now and join us on a trip around the world.
In the last of our dispatches from OFFF Barcelona, Rufus Deuchler and Vincent Gault discuss the future of creative process.
New legislation is set to make it more difficult to hold Israel accountable for its human rights abuses.
For decades, Wilmslow Road has been a bustling area full of curry houses. But how did it come to be what it is today?
The government is scrapping the Human Rights Act in a move that will hit marginalised people hardest.
In the latest OFFF Dispatch, the enigmatic designer dives into his process, connecting the dots between his unique and varied creative output.