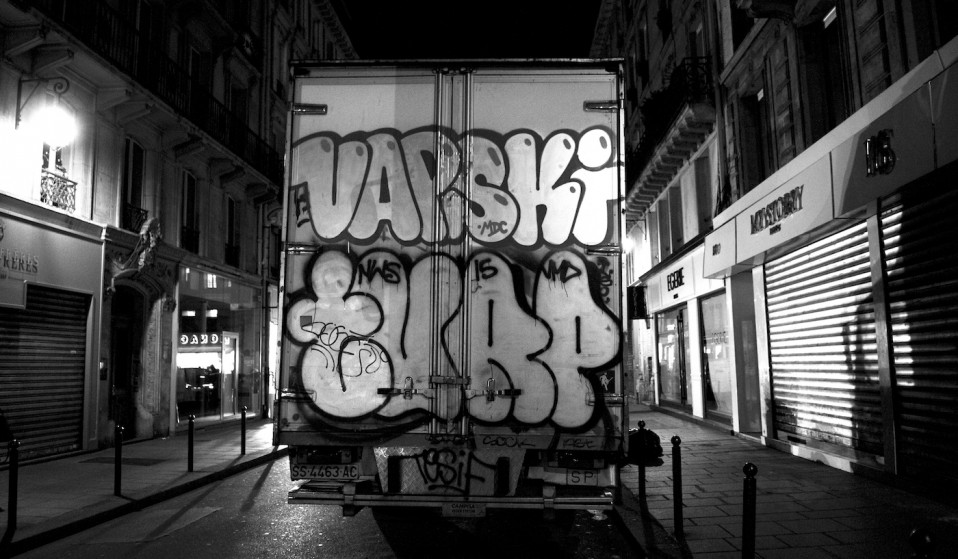 Photographer Marc Vallée took to the streets of Paris late at night, to capture the trucks that parade subversive graffiti defiantly through the city.

For his latest zine photographer Marc Vallée took to the streets of Paris late at night, to capture the trucks that parade subversive graffiti throughout the city in an act of reclamation and defiance.

The modern day metropolis is so often pictured as smooth, glossy, fluid, clean and mobile. In high-end time lapse films, airline magazine spreads and endless commercials, the city is pictured as a place where you can move friction-free. Of course, this smooth mobility is only achievable by those rich enough to be able to afford it. Urban infrastructures are elite spaces, and so like the static spaces of the neoliberal city, they attract subversive re-appropriation. 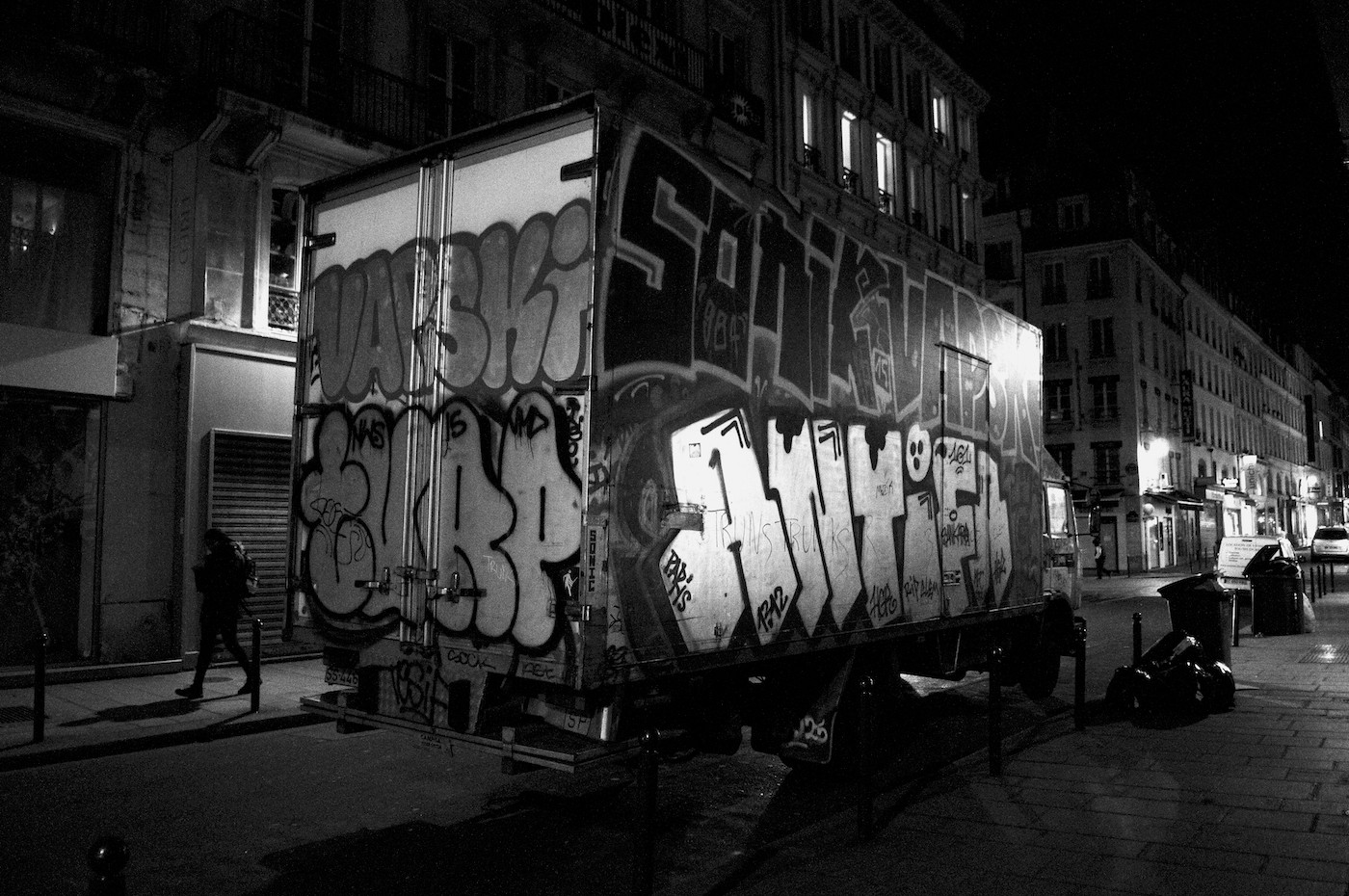 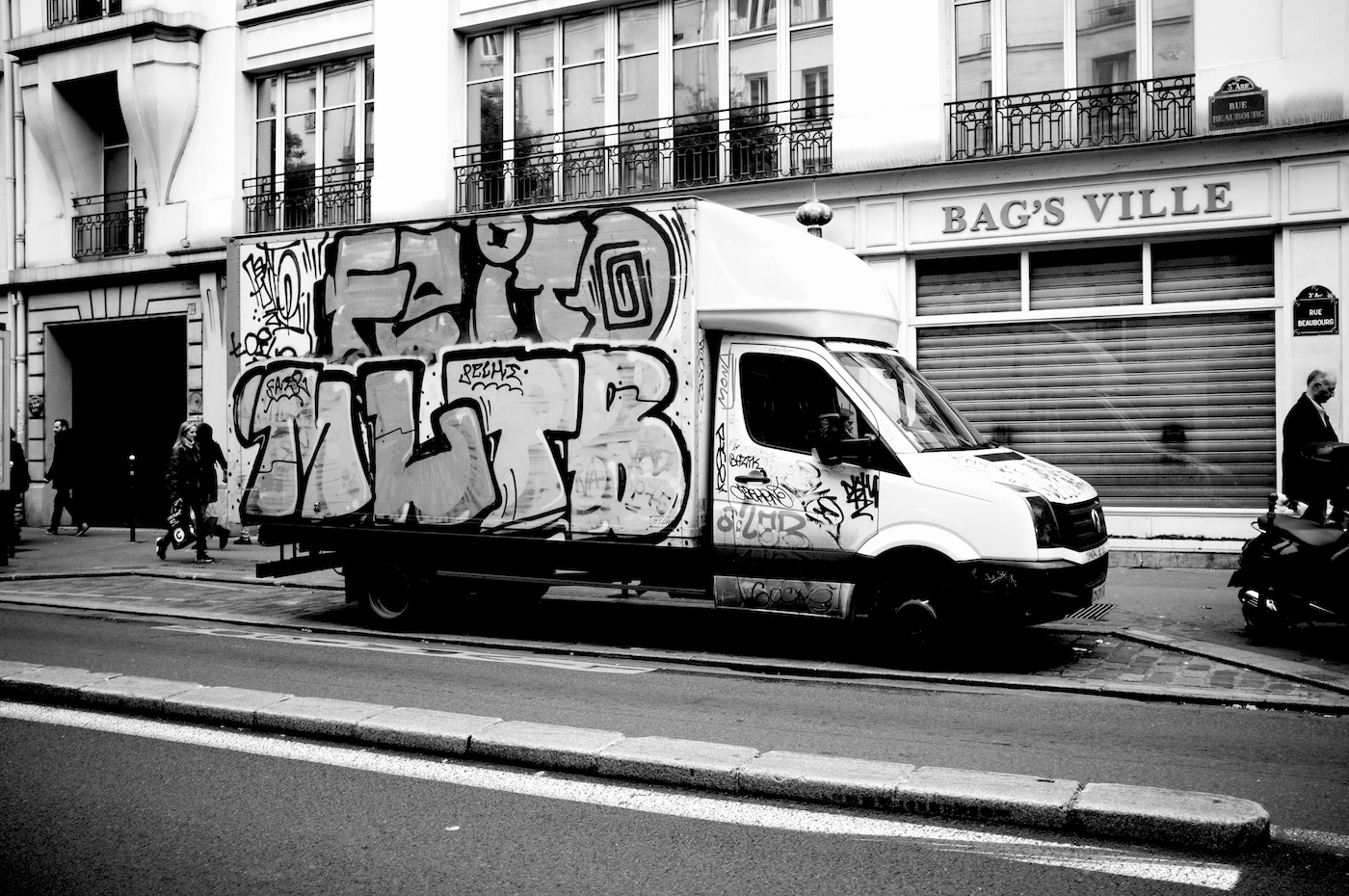 The pictures here highlight how artists have brought the creative activism of subversive graffiti into (or onto) these commercialised infrastructures of urban mobility. As trucks and vans move consumable goods of the elite urban economy around the city, they carry with them the viruses of activism. Like the New York subway trains in the 1970s, the graffiti trucks of Paris are a mobile gallery of graffiti and its affront to the sterile spaces of urban commodity movement. 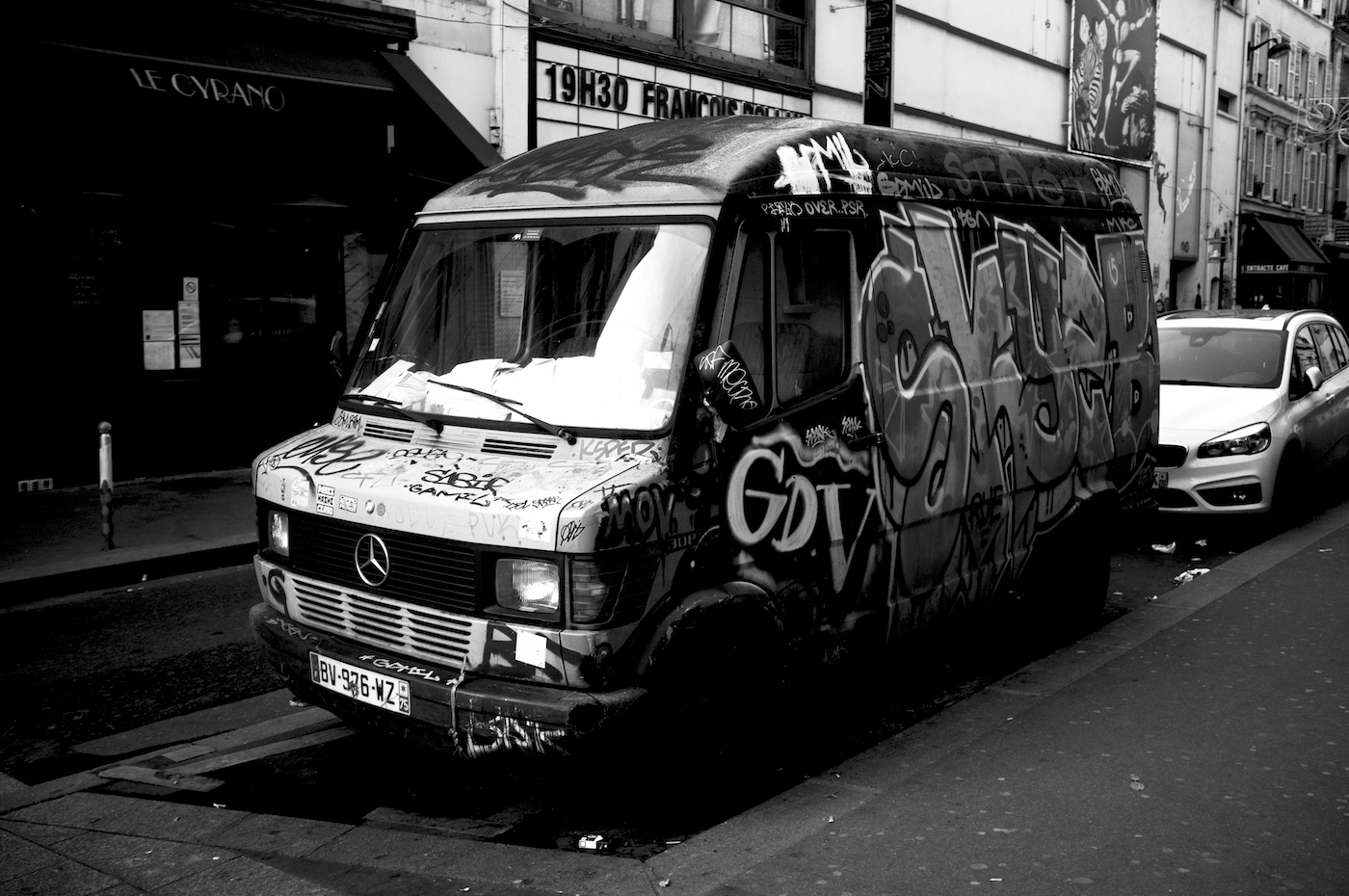 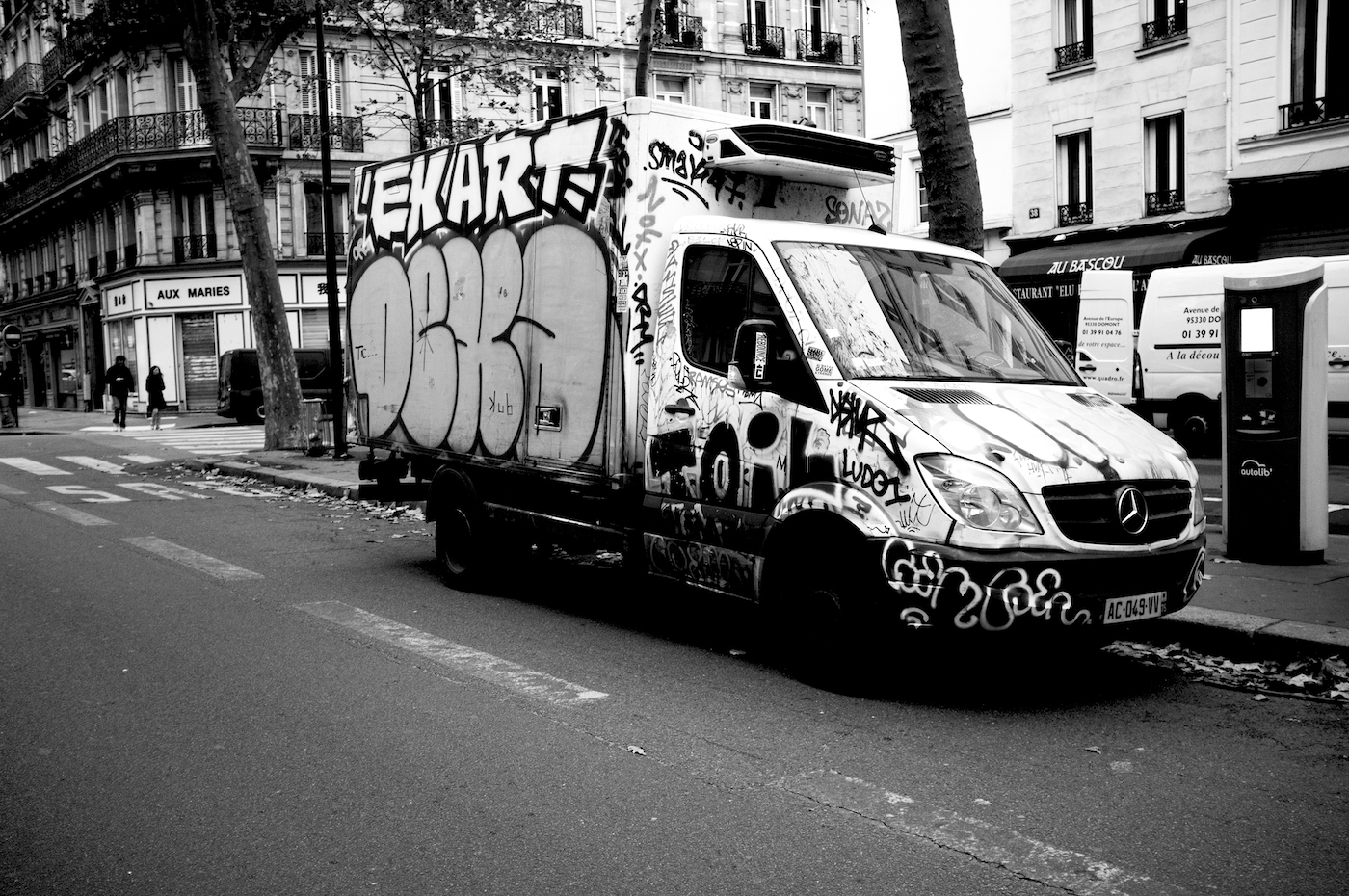 Graffiti on walls and static spots, as much as they are reclaiming the right to the city, under the rubric of urban neoliberal logics will become ‘no-go’ areas; places that are fiercely marginalised by agents of real estate capital. But graffiti trucks parade the subversive reclamation of space throughout the city, bringing the political act of graffiti to the people. 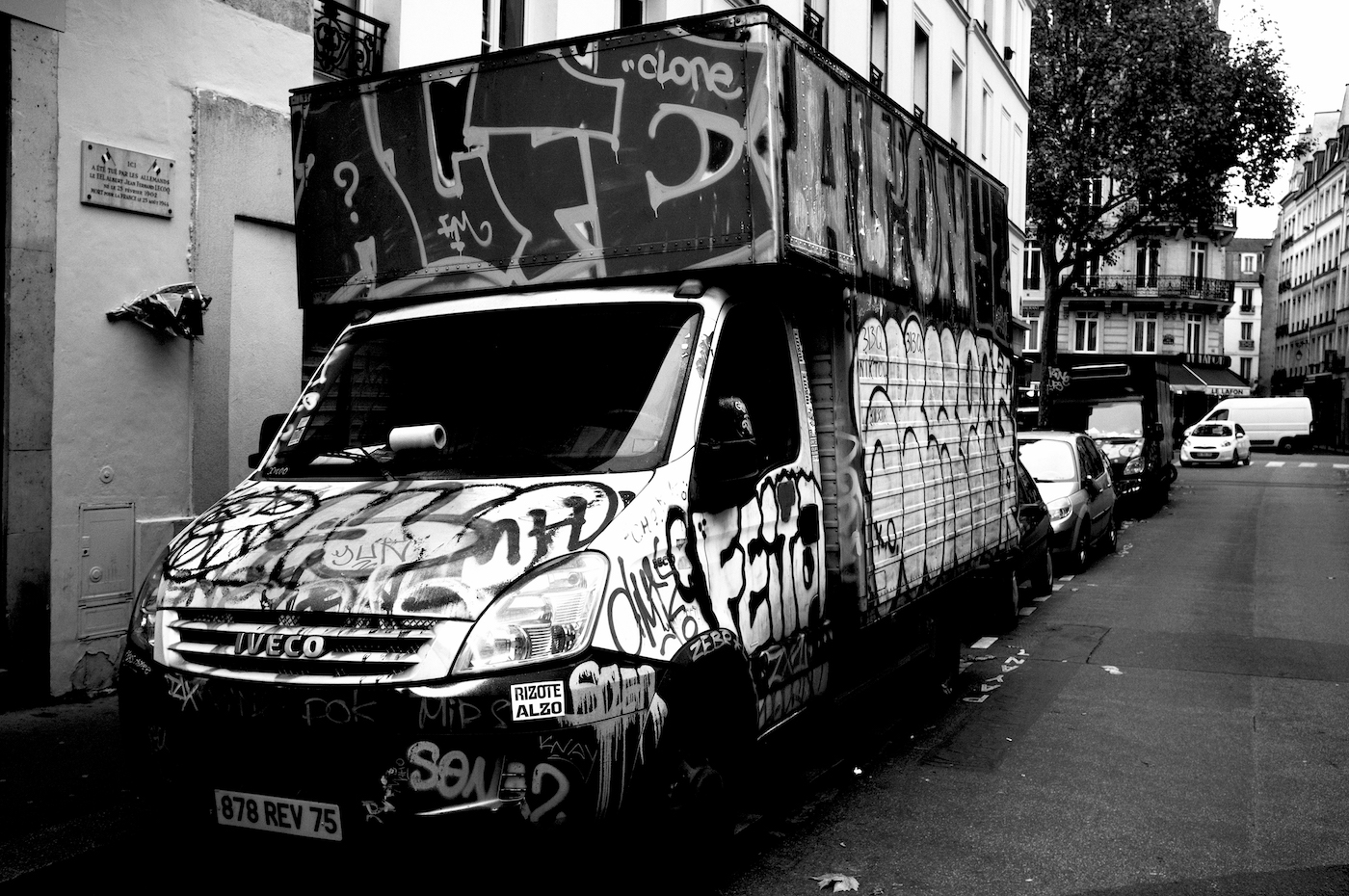 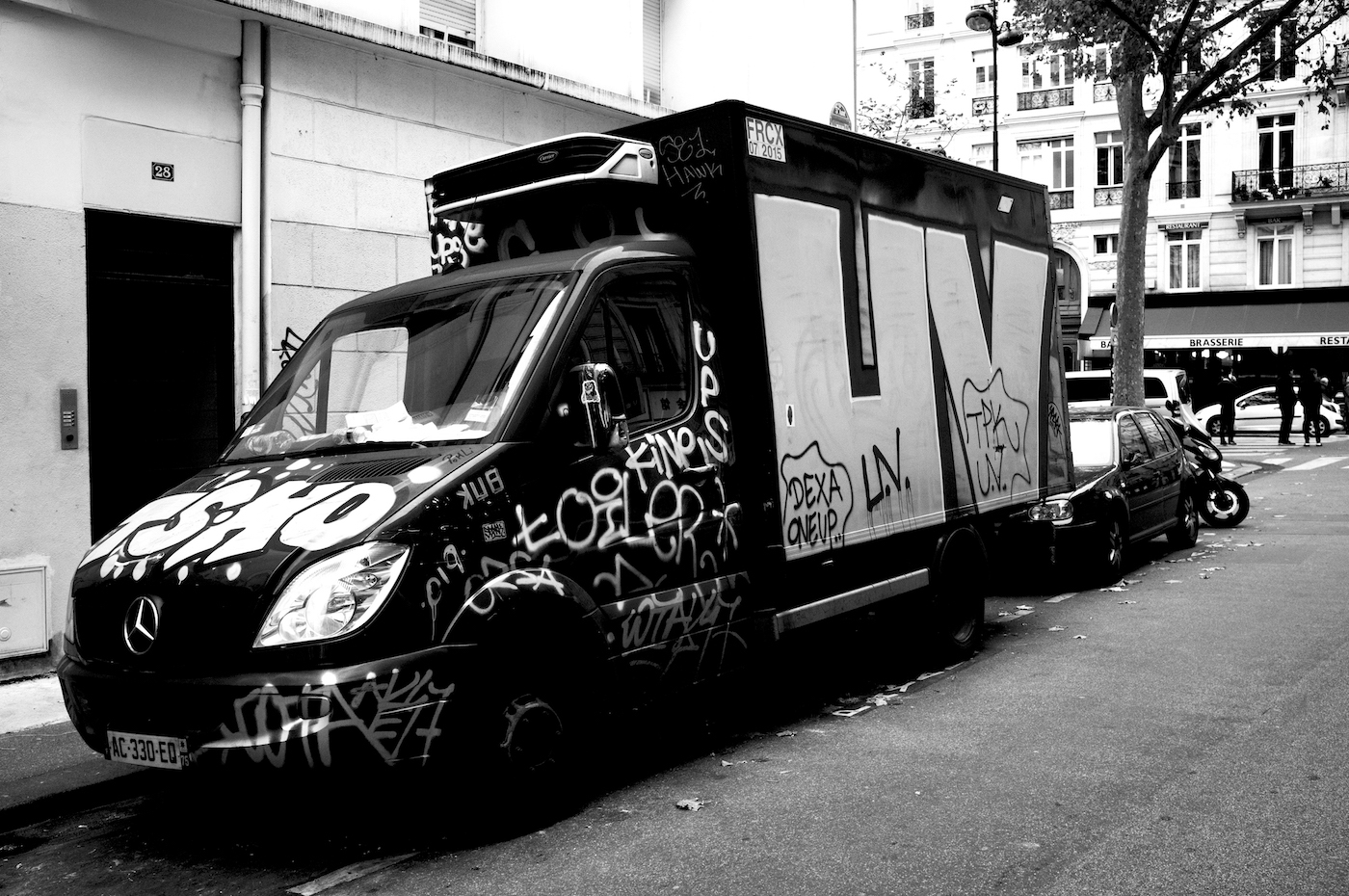 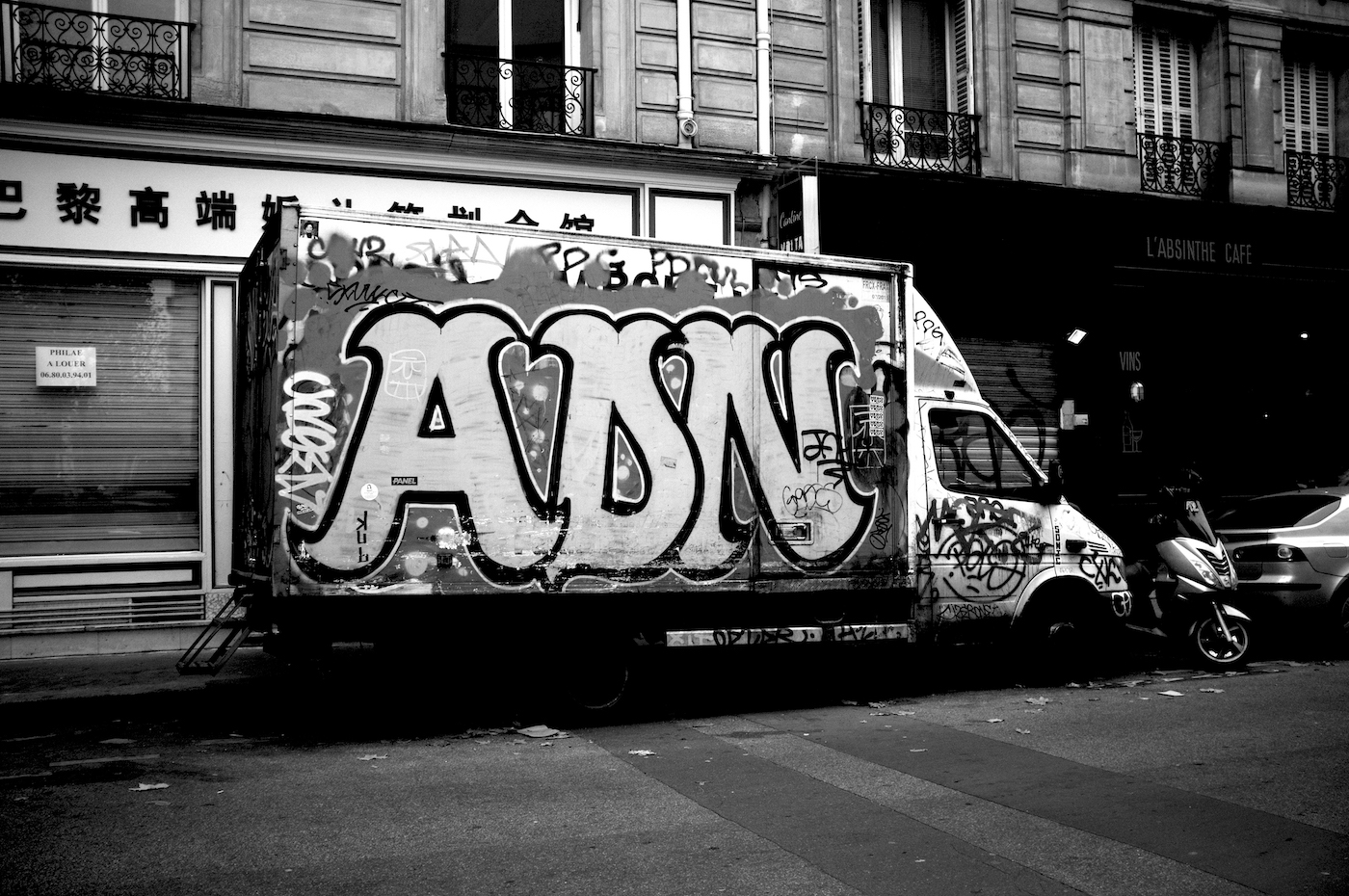 Marc Vallée is a London-based documentary photographer whose work explores the tension between public and private space in the context of contemporary youth culture. Marc’s pictures, self-published photography zines and photobooks have been published and exhibited worldwide. Grab a copy of The Graffiti Trucks of Paris zine.

Linkedin
OTHER ARTICLES
While police claim that body cams increase accountability, the proliferation of the tech raises questions over who it really serves.
The internet furore surrounding a certain NY-based furniture designer should make us question whether condemning people in the harshest possible terms harms more than it helps.
Those set to be impacted by the governments ’undemocratic’ bill explain why it risks silencing them.
Photographer Melanie Nissen recalls capturing the characters, fashions and rarefied chaos of a rapidly-expanding set of punk bands who helped to redefine the genre.
Photographer Alice Mann reflects on capturing the camaraderie and discipline it takes to succeed in a highly-competitive sport.
In the UK, Hongkongers are continuing to stand in solidarity with the pro-democracy movement.