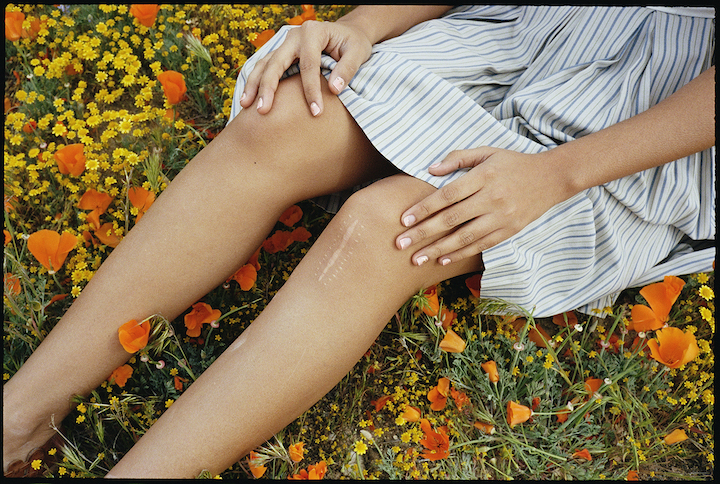 To celebrate Zineophobia - the first UK show from Californian collective Deadbeat Club, presented by Huck and I.P.F - we’re sitting down with all six photographers and breaking down what makes them tick.

To celebrate Zineophobia - the first UK show from Californian collective Deadbeat Club, presented by Huck and I.P.F - we’re sitting down with all six photographers and breaking down what makes them tick. Next in line is Grant Hatfield, whose colourful street scenes capture the beating heart of So-Cal culture.

Growing up among the skaters and surfers of Southern California, Grant Hatfield was drawn to a certain personality: unpredictable types who rejected the ‘normal life’ to go wherever the wind took them. His photography still carries that air of immediacy.

Like greats Henri Cartier-Bresson and Elliott Erwitt, he captures fleeting moments that come and go long before untrained eyes can even catch a glimpse.

Known for his sharp eye and bold use of colour, Grant is a regular contributor to photography zines such as Hamburger Eyes and Monster Children, his work shown in galleries across the US and abroad. 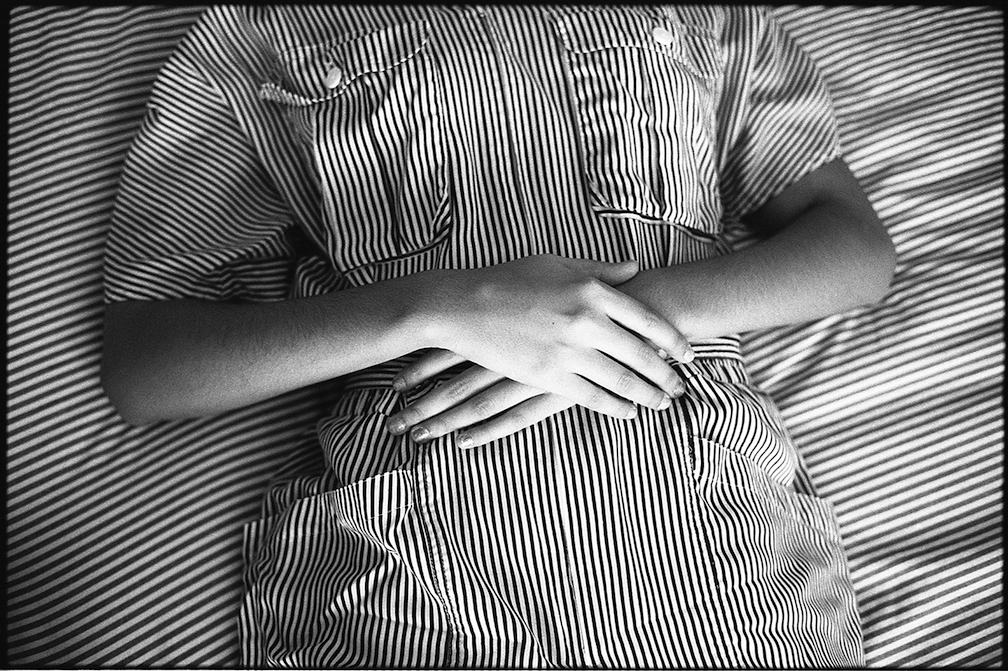 Grant is also a core member of the independent publishing collective Deadbeat Club and is currently working on his fourth title for the group, who are exhibiting Zineophobia at Huck 71a Gallery as part of London’s Independent Photo Festival (I.P.F).

Grant’s contribution to the show is mostly made up of work from the recent Deadbeat Club publication Mercury Retrograde: a representative mix of his signature style, which he kindly agreed to answer some questions about.

Can you tell us about your background and how you first got into photography?
I give credit to photographer Nick Haymes (owner of Little Big Man Gallery) for getting me interested in photography. Nick would travel from London to document me and my group of friends hanging around the skate park, which later turned into a book called Between Wolf and Dog.

He helped put a spotlight on documentary photography and would show up to capture these raw moments happening around me. It made me realise that a photo can happen anywhere, that it doesn’t have to be a slick-looking image produced in a studio. Nick would share some of the photos he was making and it made what I thought was mundane seem so interesting.

Ed Templeton also played an instrumental role in my introduction to photography. I was sponsored by Toy Machine and got to skateboard on a US tour in 2007. I would watch Ed shoot everything in his path and was fascinated by his approach.

I brought a little plastic camera on the trip and tried my best at capturing what I thought were candid moments on the road but the results were a blurred mess. I would pick Ed’s brain a little about the technical side of photography like f-stops, cameras and film types.

After the tour, I went out and bought a Canon AE-1 and enrolled in an introductory photography course at the local Community College. Ed was also great about sharing photo books with me like Robert Frank and Boris Mikhailov and showing the different styles and approaches to photography. It was like skateboarding: there was no wrong way to do it and everyone had their own style. That really stuck with me. 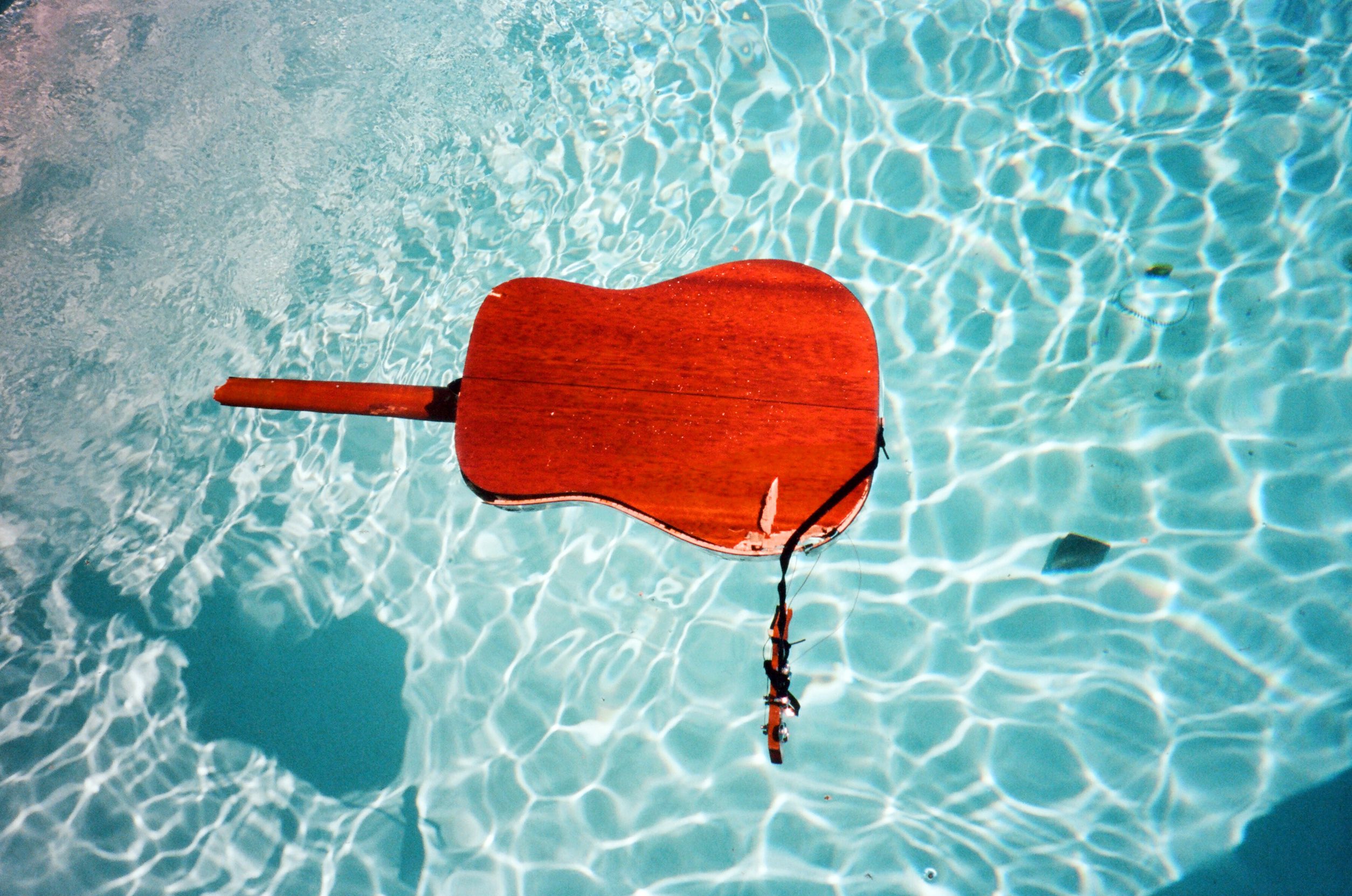 How would you describe your sense of humour? What makes you laugh?
That’s like asking, ‘What kind of music do you like?’ All you can do is name the bands you are into for people to understand your taste. The Office, Curb Your Enthusiasm and The Simpsons are my favourite TV shows. Favourite movies are Zoolander, King Pin and Napoleon Dynamite. If I am laughing, it’s because it’s either ironic, sardonic or moronic.

Can you talk about the use of colour in your work?
When I started shooting, it was all black-and-white photography. I didn’t put a roll of colour film in my camera for years. I think my use of colour film started when I got a point-and-shoot camera.

Shooting with colour got me in a different mindset when looking for subjects. With black-and-white film, I’m always looking for well-lit situations but with colour, I fixate on small details and people with eye-catching or complementary colours.

How do you capture the strange and fleeting moments in your photographs?
I always carry a camera with me anytime I go outside. It sounds like such a simple thing to do but it increases your odds of capturing that interesting face or situation, just from walking down the street.

I keep two cameras in my bag at all times, one rangefinder loaded with black-and-white and a point-and-shoot camera with colour film. No matter where I go, I always have a camera loaded around my shoulder or in my pocket ready for an opportunity to present itself. 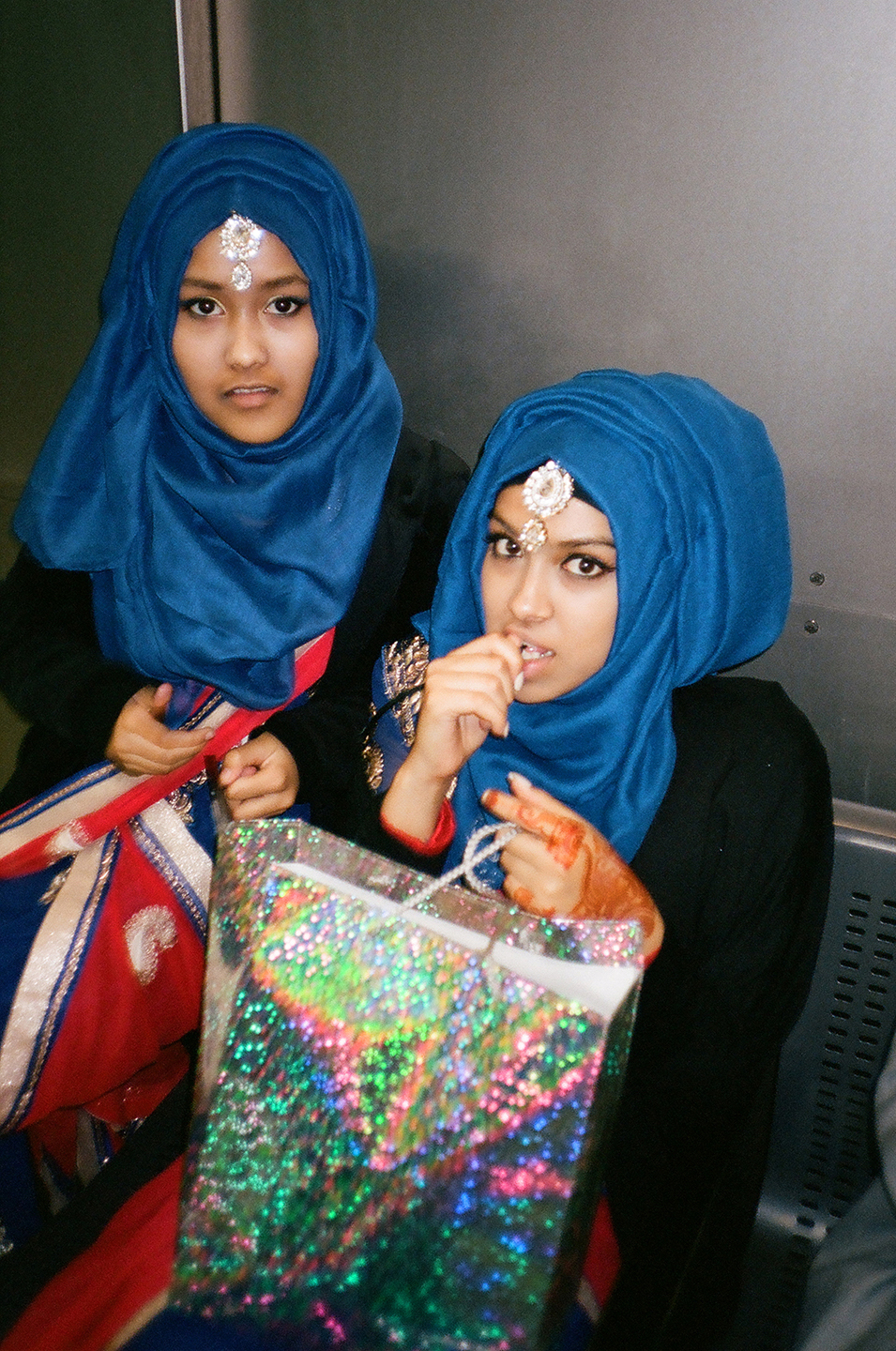 How has your style developed?
I feel like I have transitioned into more of a colour photo guy. I have a weakness for pops of colour so I find that I am constantly drawn to unique colour combos. My work used to be more character-driven but now I am shooting more composed shots and even some landscape.

What role do you see yourself as having in Deadbeat Club?
The social organiser, maybe? Haha. I like getting everyone together for dinner and hanging out. 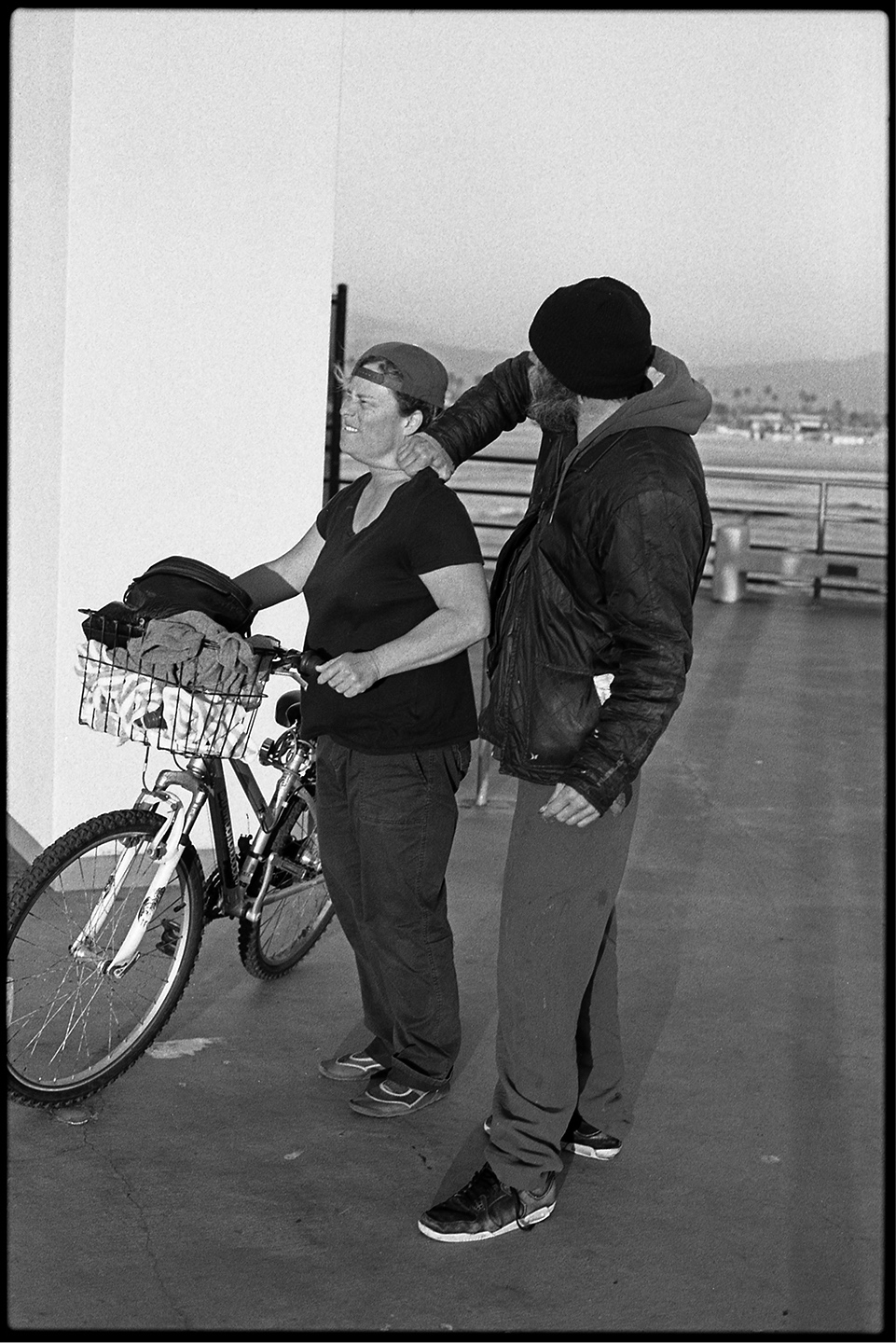 What advice would you give to young photographers inspired by Deadbeat?
Shoot as often as you can and bring your camera everywhere you go. Take photos of your friends, parents, pets, neighbours and everything in-between. Keep a folder on your computer of your favourite photos that you shot and keep adding to the folder. Before you know it, you will have gathered enough to make a little zine or book.

One of the most rewarding parts of photography is making a print of a photo you shot or putting together a zine of your favourite photos. Your pictures shouldn’t live solely on your computer or posted on the internet. That’s like a caterpillar turning into a butterfly that can’t fly; it’s beautiful but not many people can enjoy it just standing in one place.

Get some prints made, create a zine, hand it out to your friends and send it to your favourite magazine or photographer.

We’d like everyone in the collective to comment on someone else’s work. Could you comment on what you get out of Nolan’s work?
As surf team manager for Vans, Nolan has arguably the best job in the world. His access to talented surfers and the earth’s most beautiful locations is certainly not lost in his photos.

Big blue optimistic sky, silhouetted casualness of the world’s best wave riders, palm fronds in paradise and the candid white smiles he captures – all of that lowers my blood pressure and helps me forget about the mad world we live in.

Deadbeat Club: Zineophobia is supported by RVCA Artists Network Programme. Check out Grant Hatfield’s portfolio or follow him on Instagram.

Linkedin
RELATED ARTICLES
OTHER ARTICLES
From the Yakuza to a biker gang, Bruce Gilden recounts capturing Tokyo and Osaka in the ‘90s.
Writers Matt Foot and Morag Livingstone explore how four decades of collusion between the government and the police have slowly eroded our right to protest.
Members of the collective share some of their reasons to run as part of #UnitedBySummits, a campaign that looks to uncover transformative power of the outdoors.
Our new magazine is here, starring the inimitable Mitski. Order your copy now and join us on a trip around the world.
In the last of our dispatches from OFFF Barcelona, Rufus Deuchler and Vincent Gault discuss the future of creative process.
The government’s failure to take long Covid seriously has led to the formation of a group campaigning for the thousands of forgotten victims of the illness.