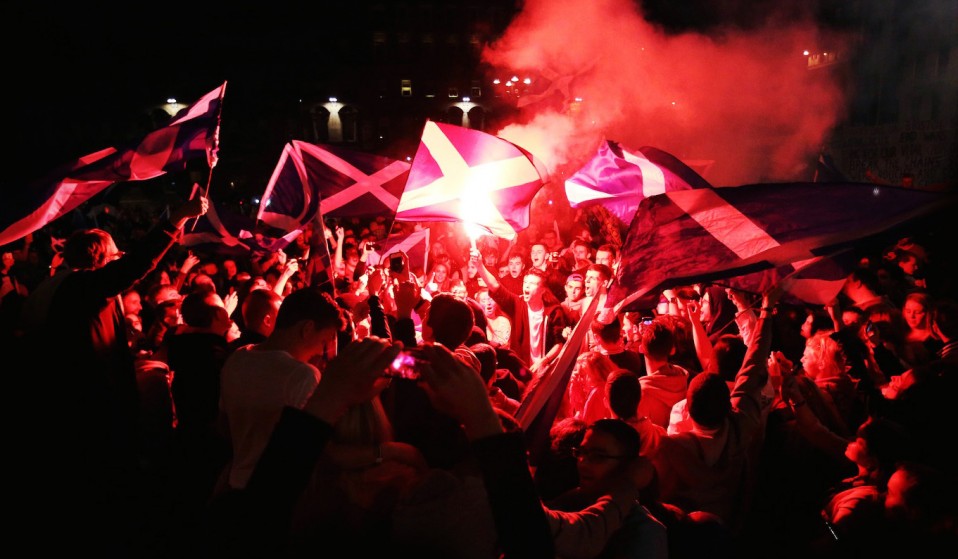 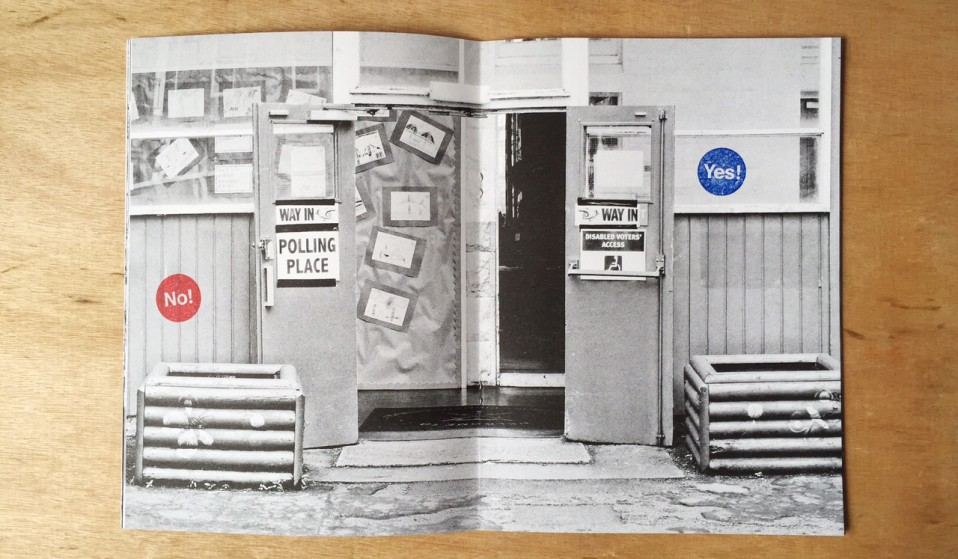 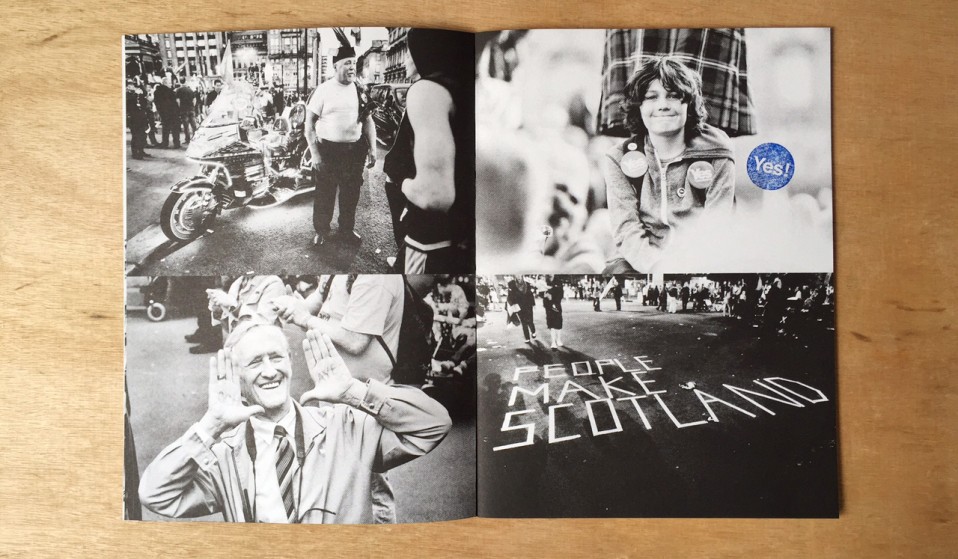 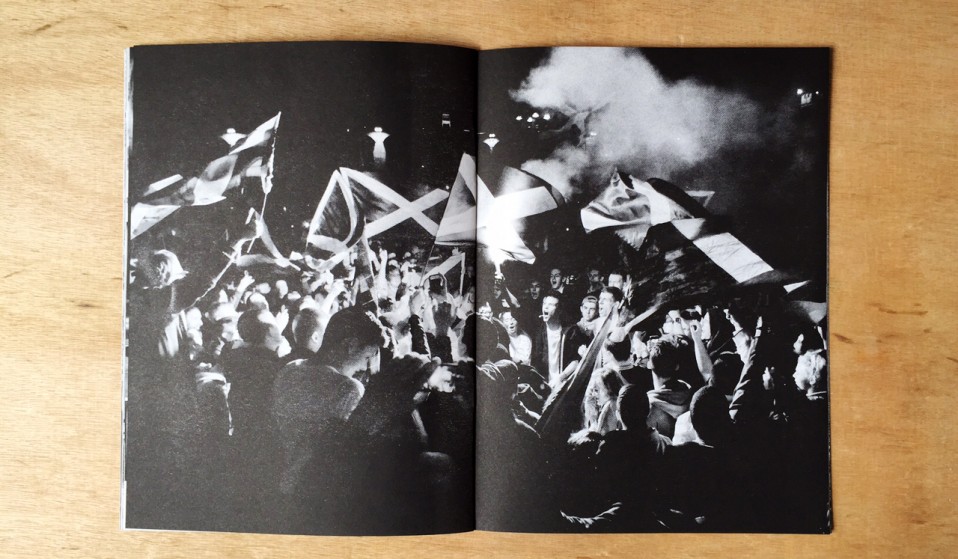 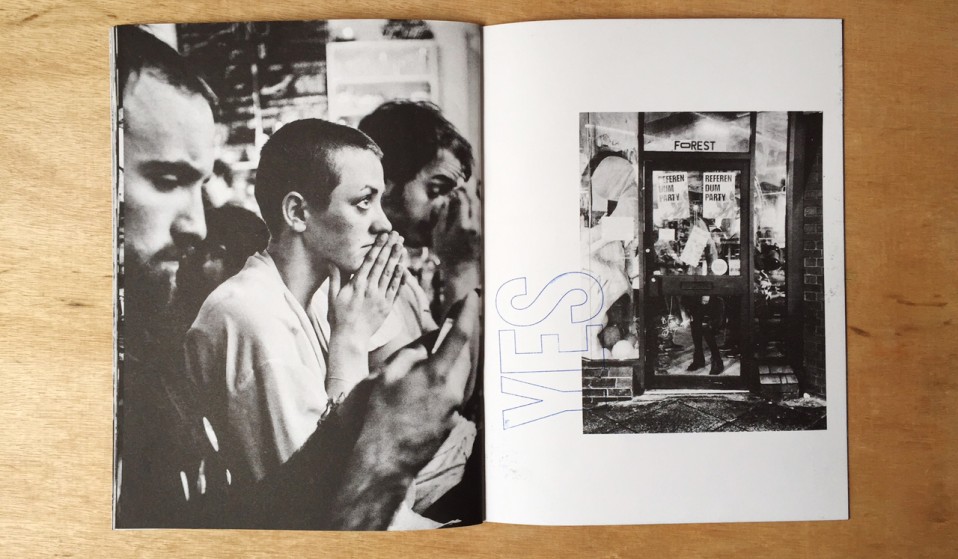 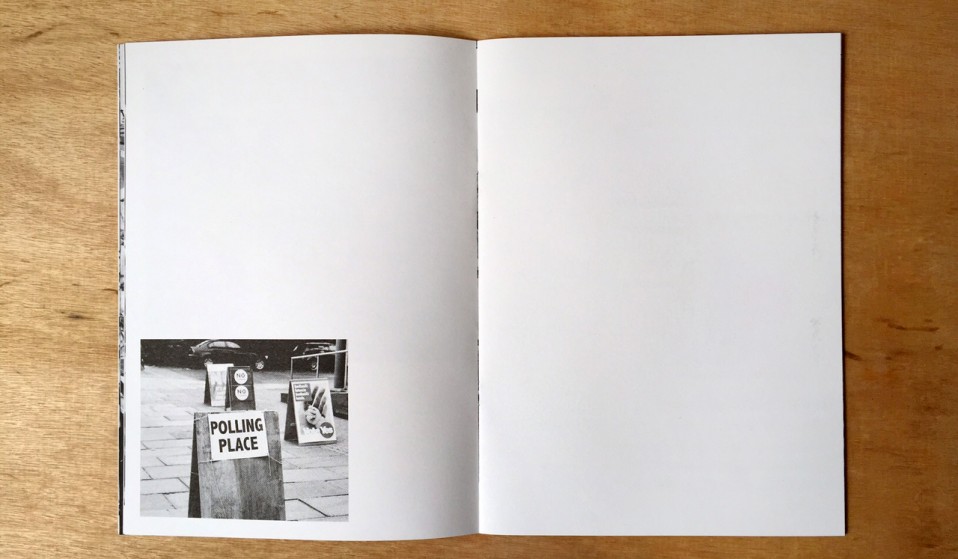 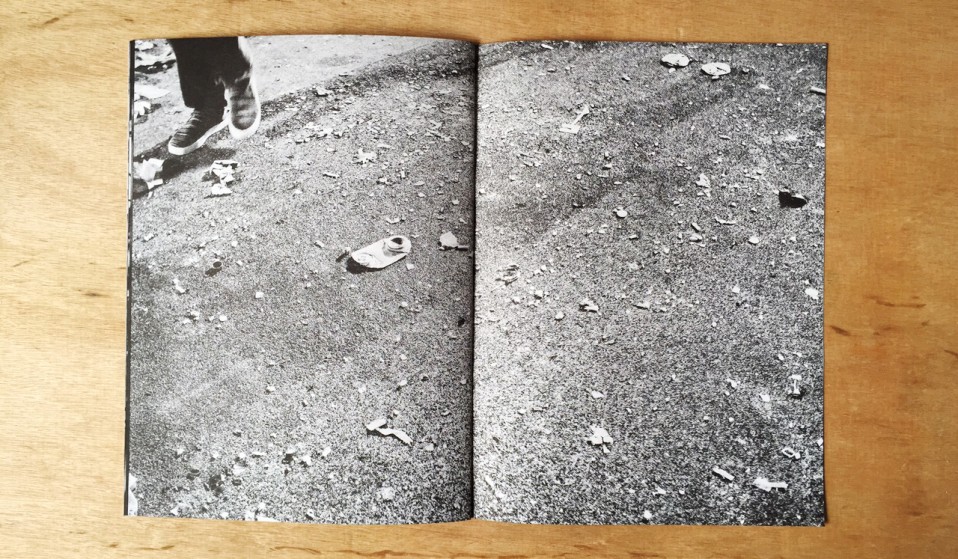 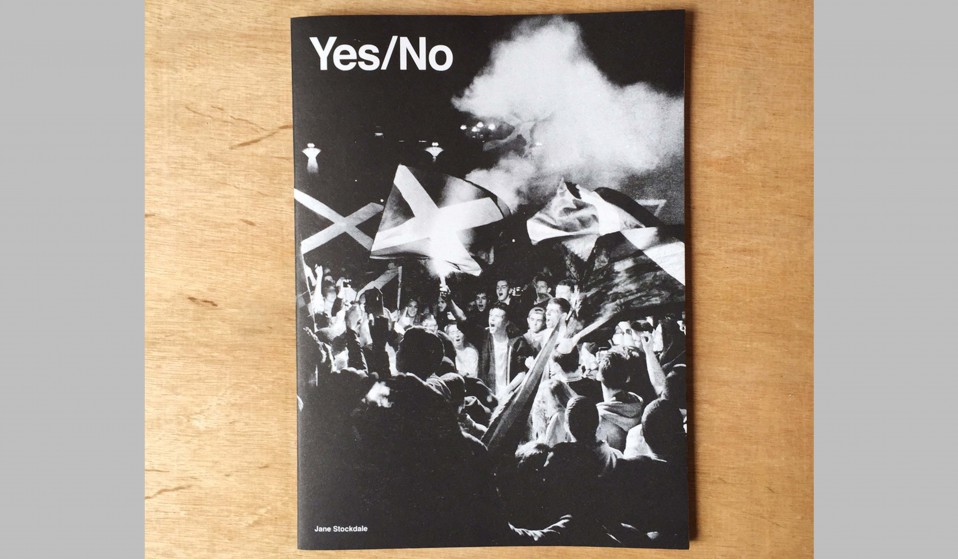 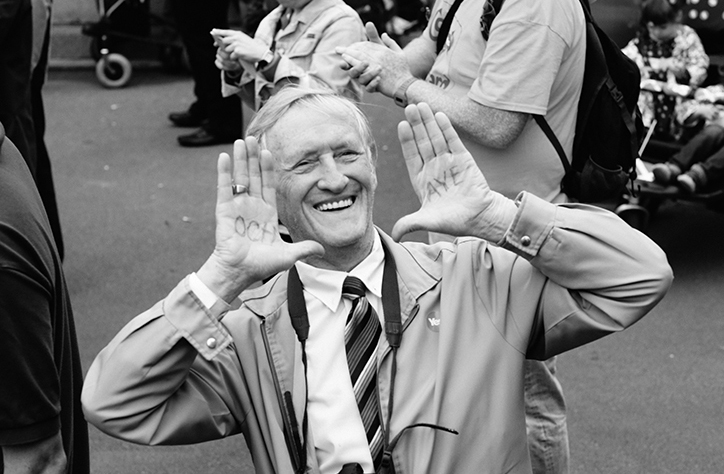 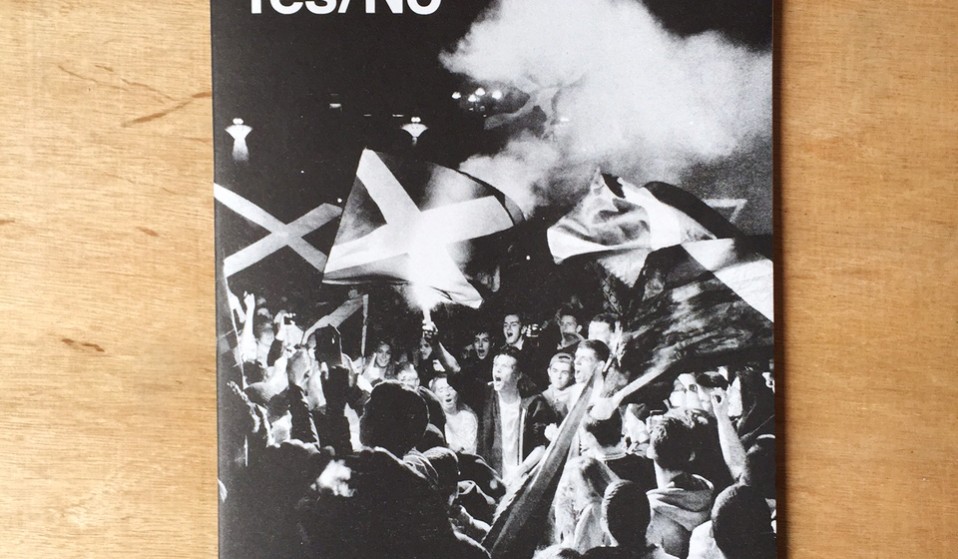 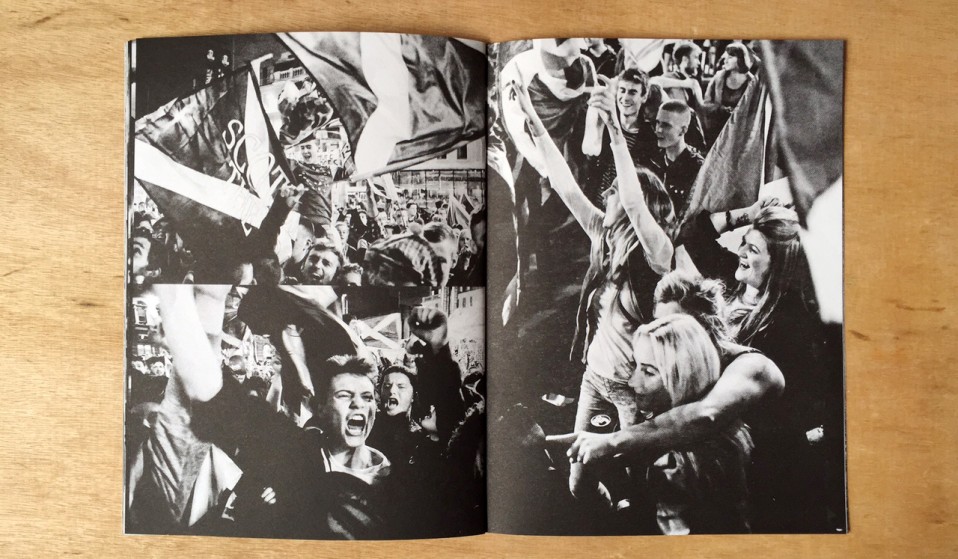 Photographer Jane Stockdale's Yes/No zine revives the energy that gripped Scotland during its independence referendum one year ago.

Photographer Jane Stockdale's Yes/No zine revives the energy that gripped Scotland during its independence referendum one year ago.

A year since the Scottish independence referendum and the country seems a very different place. Jane Stockdale, a documentary photographer from Scotland who studied at the Edinburgh College of Art decided to put a zine together to “document what happened in Glasgow and Edinburgh around the time of the referendum”.

Stockdale has a background in shooting big crowds, having photographed large crowds during the Brazil World Cup in 2014 and the 2012 London Olympics.

The photographs in Yes/No came together in this format from photos that Stockdale took during the campaign, and bring across the energy on both sides.

How did making this zine come about?
It happened by accident. After the referendum I had loads of great photos of people in their element so we wanted to collaborate and create something to share that. It’s a little collaboration between myself, Warriors Studio and Workhorse Press.

What is this zine all about?
The energy and feeling on the streets during the Scottish referendum last year.

What are you trying to say with it?
I’ve never seen anything like it before in Scotland before so we wanted to create this to share that energy. We wanted it to be balanced and show both sides of the campaign. We also created ‘YES’ and ‘NO’ stamps so people can personalise their own copies.

What were the inspirations behind it?
The old man who wrote ‘OCH, AYE’ on the palms of his hands. I’d love him to have a copy.

How do you feel that Scotland has changed over the last year, and how does this fit into that?
The political landscape in Scotland and across the UK has changed so much this past year its almost hard to imagine now just how differently it felt a year ago. This zine celebrates a moment in time and the momentum and energy of everyone involved.

What is it that you like about the zine format?
I love it as its accessible and affordable. We wanted to make something for everyone. Hope you like it.

Find out more about Jane Stockdale. Yes/No was produced by Warriors Studio and published by Workhorse Press.

Linkedin
RELATED ARTICLES
OTHER ARTICLES
New film series Ahead aims to fuse skateboarding, travel and discovery like you’ve never seen before.
Michael Fordham bears witness to The Most Important Day in Scottish History.
Belle and Sebastian, The Pastels, The Vaselines and other Scottish artists reveal how they will vote in the referendum next week.