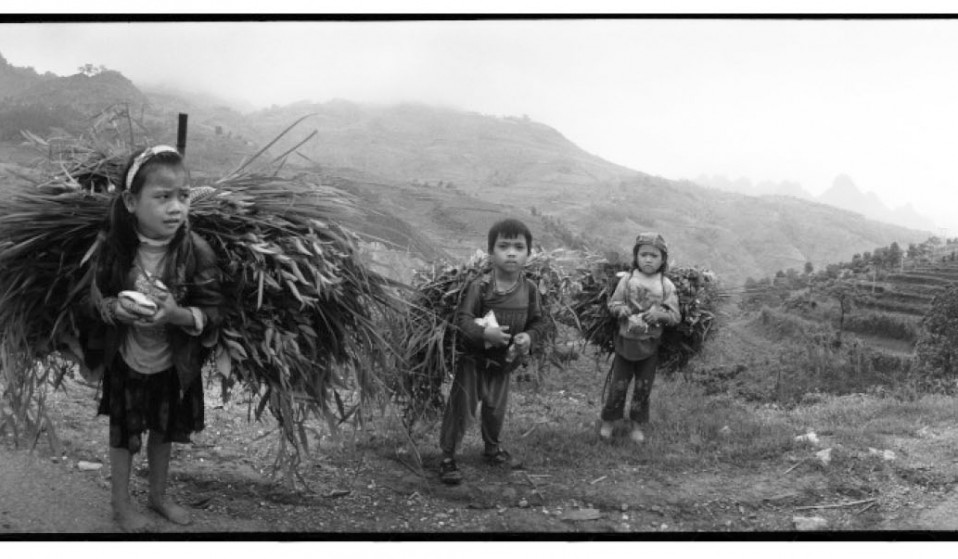 When cameraphile Greg Funnell picked up a Widelux lens for the first time, he found a new way to document time.

When cameraphile Greg Funnell picked up a Widelux lens for the first time, he found a new way to document time.

Ever since I was a kid, I’ve always been fascinated with the concept of the camera – an object small enough to put in your pocket that has the ability to capture and freeze a moment for eternity. A few years ago I was killing time in one of London’s last-standing bookshops and I spied a book by a photographer that would change the way I thought about the power of the image forever.

In the introduction, the photographer explained that the images in the book, photographed over a period of twenty years, had all been shot at 1/250th of a second. This meant that images that represented two decades of his life amounted to less than one second in actual time. He was representing twenty years in less time than it takes to click your fingers.

It got me thinking of the randomness of the captured moment, what Henri Cartier-Bresson had always defined as the ‘decisive moment’ – that split second when all elements come together to create the perfect photograph. An image snapped a fraction of a second later, two centimetres to the left or right, would be its own unique moment – a different interpretation of the moment altogether.

That has always been one of the great challenges with photography: how, as a photographer, do you go about catching the decisive moment when there are so many odds stacked against you? A few years after this revelation, I met a man in Hong Kong. In amongst the hustle and bustle and high-rise chaos that defines that city, he offered to sell me a camera that could not only take in a wider panorama than the human eye, it could also capture more than that precious single sliver of time, and yet deliver it all in a single frame.

This little-known Japanese camera from the 1940s, a heavy hunk of metal made up of cogs and springs, was known as a Widelux. The camera itself has a revolving lens which, when you press the shutter, moves from left to right across the frame, capturing 140 degrees of view onto standard 35mm film. Because the lens moves (taking a full two seconds to move left to right on the slowest shutter speed, creating 1/15th second exposure) it’s not actually catching a single moment in time.

I found this fascinating.

The concept of the decisive moment becomes fundamentally changed. You’re no longer capturing that so-called split second – what we commonly think of as a snapshot. In essence, you’re capturing a larger chunk of a rolling moment and across a much wider frame. What you capture on the right-hand side of the image may have taken place milliseconds after what’s captured on the left. It becomes more of a challenge to create a clear, concise photograph but the final frame is in many ways far more immersive, and arguably more honest.

For me, photography is a way to explore and discover the world around me – it allows me to be curious, to ask questions and then to present my discoveries to others. I want my images to capture an essence of something – a feeling, an emotion – because I think that’s the best way to communicate ideas and opinions; you need to engage the gut to engage the brain.

Check out more of Greg’s work on his website.

This article originally appeared in Huck 41: The Documentary Photography Special. Subscribe today to make sure you don’t miss another issue.

Linkedin
RELATED ARTICLES
OTHER ARTICLES
Activists and campaigners are fighting back against new laws that would seriously undermine the ability to take industrial action, calling it an attack on fundamental workers' rights.
Photographer Becky Tyrell went down to the fading banger and stock raceway to meet a community desperate to keep it alive.
Theo McInnes’s photos of the annual event provide an intriguing snapshot of contemporary Britain.
Following the release of his debut single, Deyaz talks battling addiction, dealing with his struggles through music, and building a budding music career from his living room.
A new film from Berghaus traces the story of Adam Raja, who left behind a turbulent upbringing to discover the healing power of climbing.
After blocking the Scottish government’s gender recognition reform bill, Westminster is now devising further changes to the law to make it harder for trans people to self-identify.