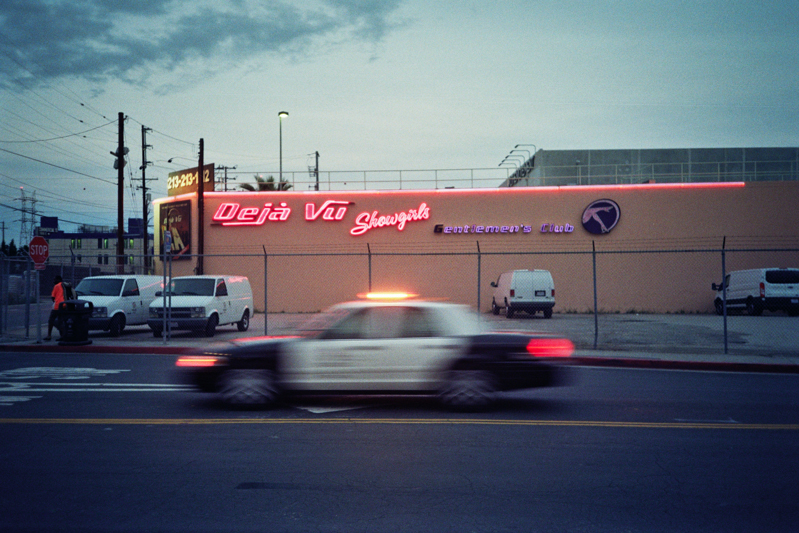 As a first-time visitor to Los Angeles, photographer Julian Caldwell was mesmerised by characters and contradictions that blew all the stereotypes apart.

As a first-time visitor to Los Angeles, photographer Julian Caldwell was mesmerised by characters and contradictions that blew all the stereotypes apart.

Julian Caldwell had a pretty fixed idea of what to expect from the city of his dreams: Cadillacs, palm trees and picture-perfect sunsets.

The 19-year-old British photographer saved enough money to spend a week there on a solo visit: half of that time changing bed sheets in youth hostels, half of it hitting the streets with a camera in hand. 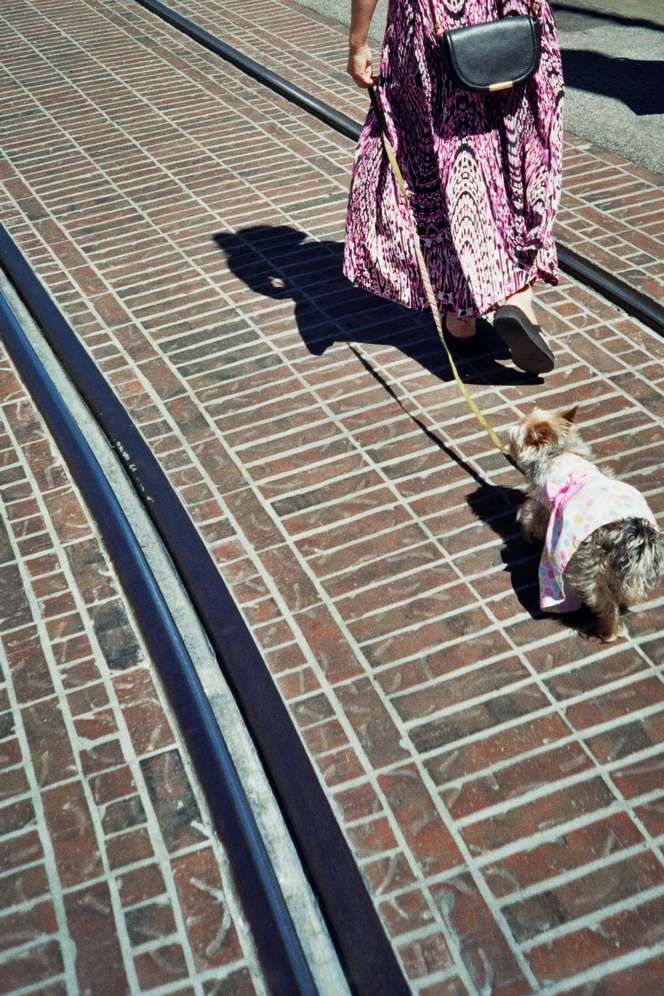 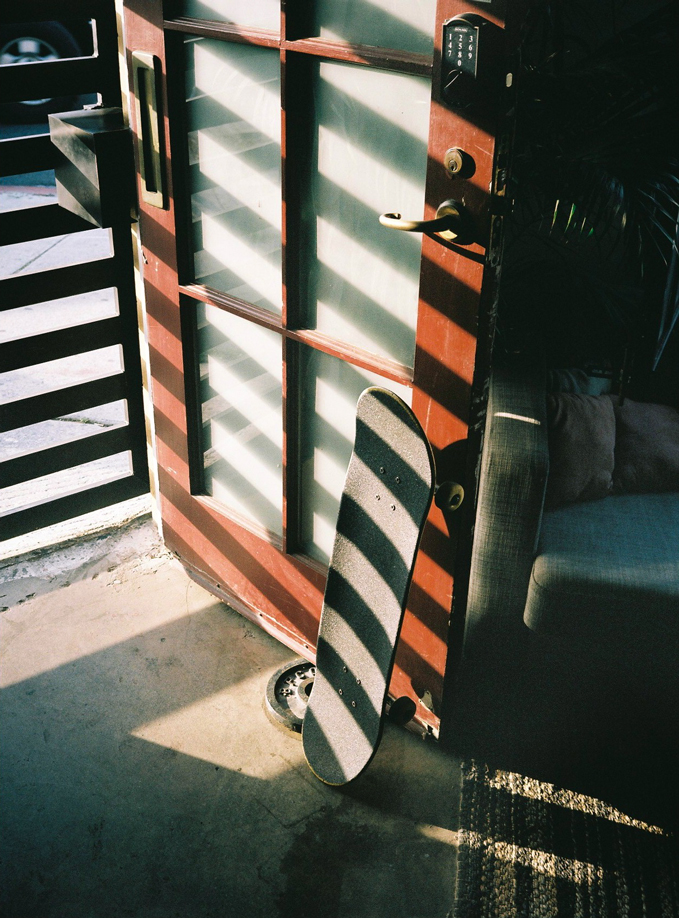 “It’s a place almost everyone feels familiar with on some level, from memories of films growing up or the music they listen to now,” he says.

“You quickly get the sense, however, that locals have to deal with this constant stream of visitors all searching for the stereotypical signifiers of the city, skimming over anything that doesn’t sit within their preconceived version.”

Those things were hard to miss: the luxury tour buses taking people on tours of celebrities’ homes, the trash cans brimming with discarded smoothies, the gleaming sports cars parked outside designer boutiques. 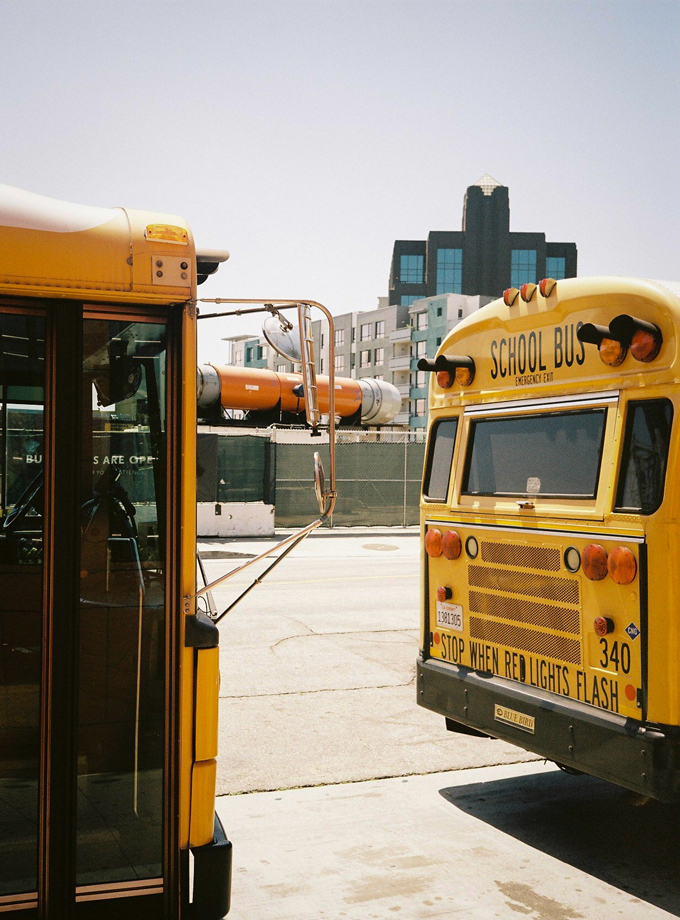 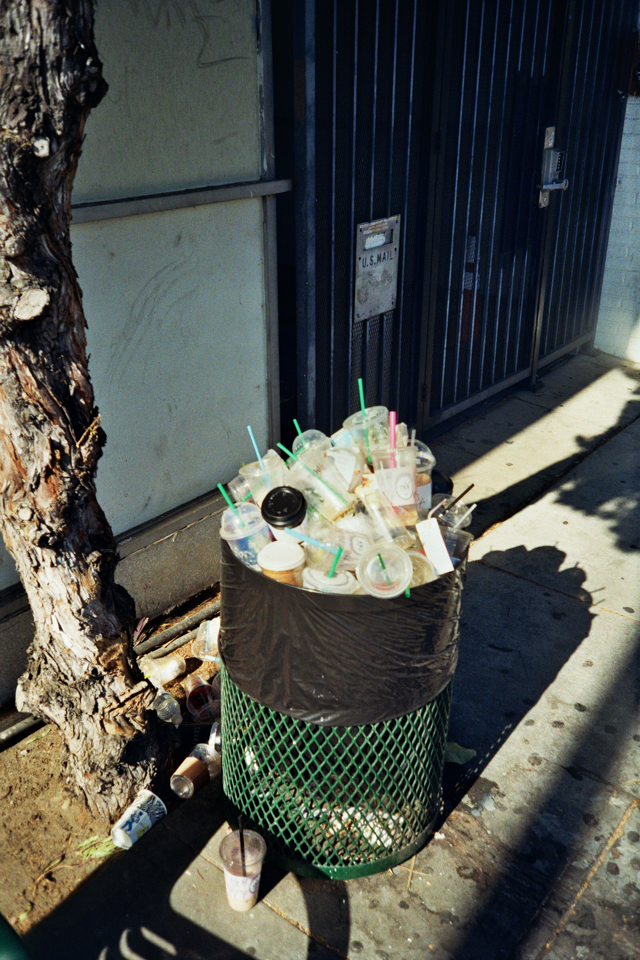 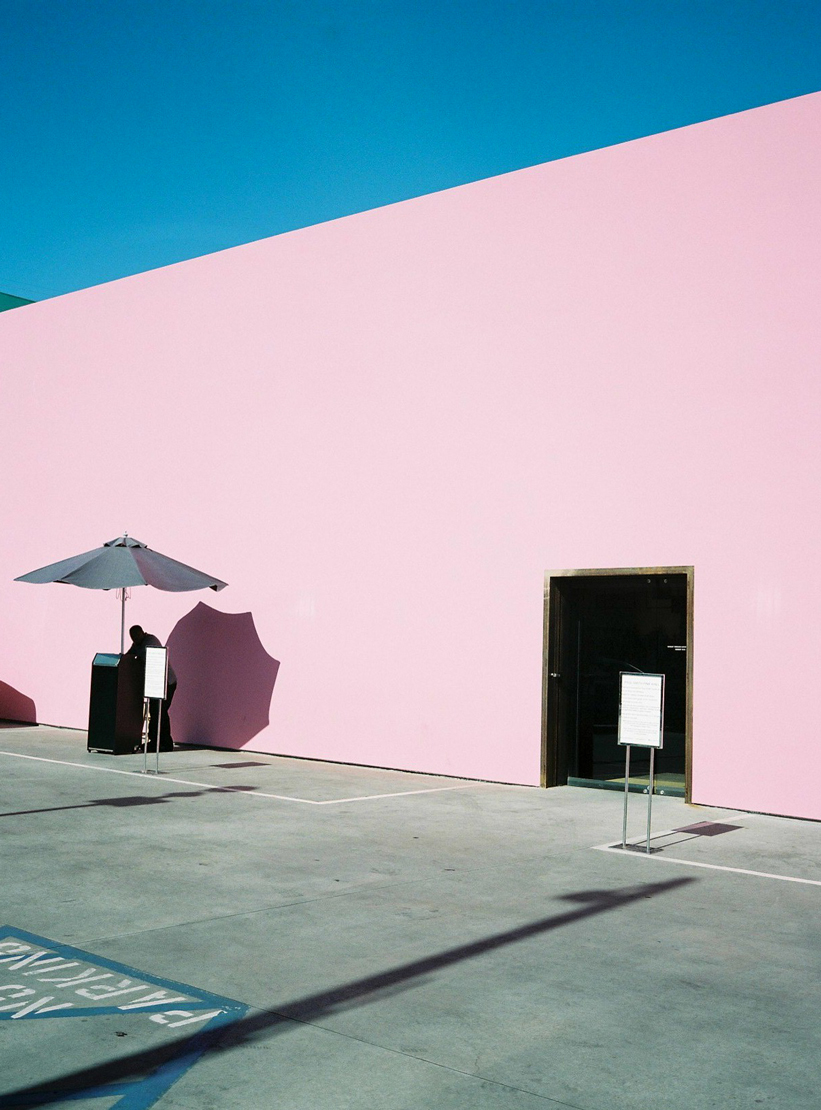 But as Julian drifted off the tourist trail, he found an unforgiving place wary of cameras. It was there that someone pulled him aside and told him to be careful of what he shot, that one day those images might come back to haunt him.

“I feared that this is what everyone there viewed me as: a wealthy, white infiltrator whose only purpose was to humiliate or expose the community,” he says.

In reality, Julian had effectively been preparing for this moment for years. 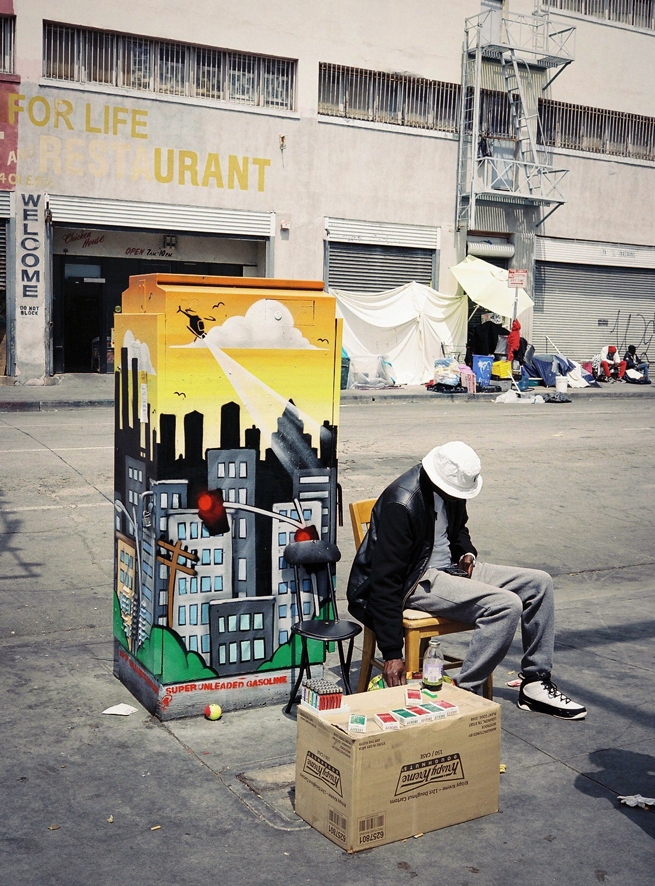 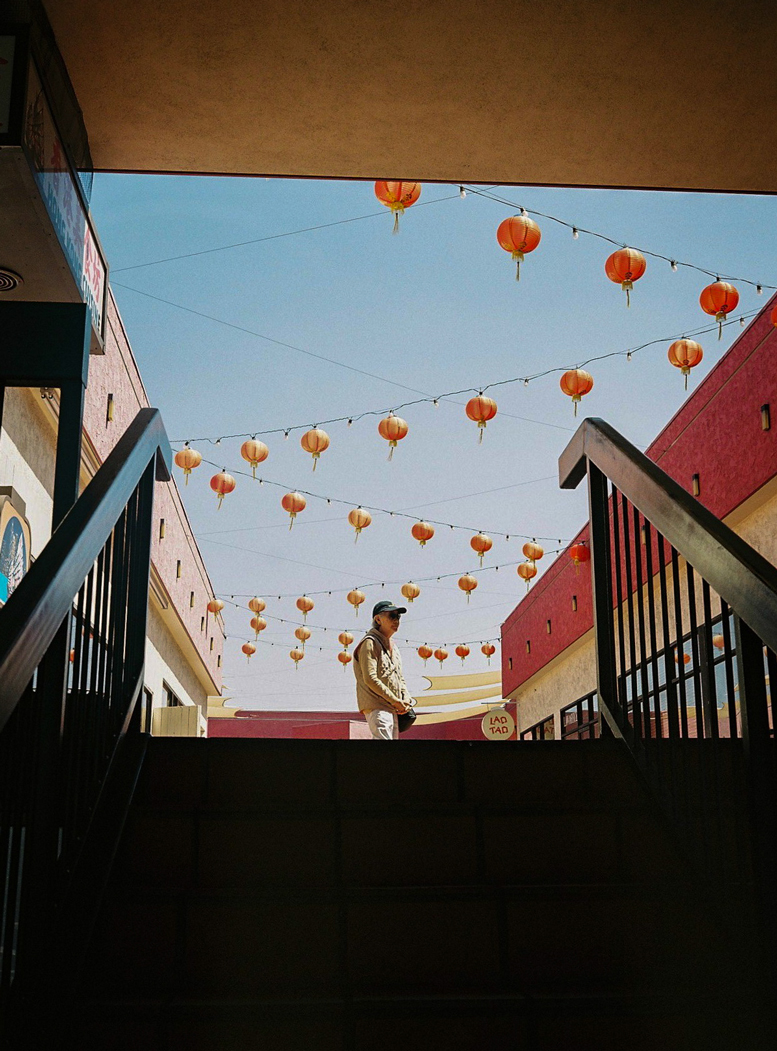 He’d been keep a photo blog since the age of 15, cultivating pictures of L.A. that helped train his eye for colour and design. “Embarrassing in retrospect, but I think this definitely honed an awareness of composition,” he says.

Recognising his own intentions – to respectfully capture how L.A.’s affluent and deprived co-exist – Julian felt flustered but undaunted by that encounter on the street.

“I was so blown away by the sheer volume of homelessness there, which was on another level to anywhere else I’ve ever been, that to not put some focus on it would’ve been skimming over a massive component to the city,” he says. 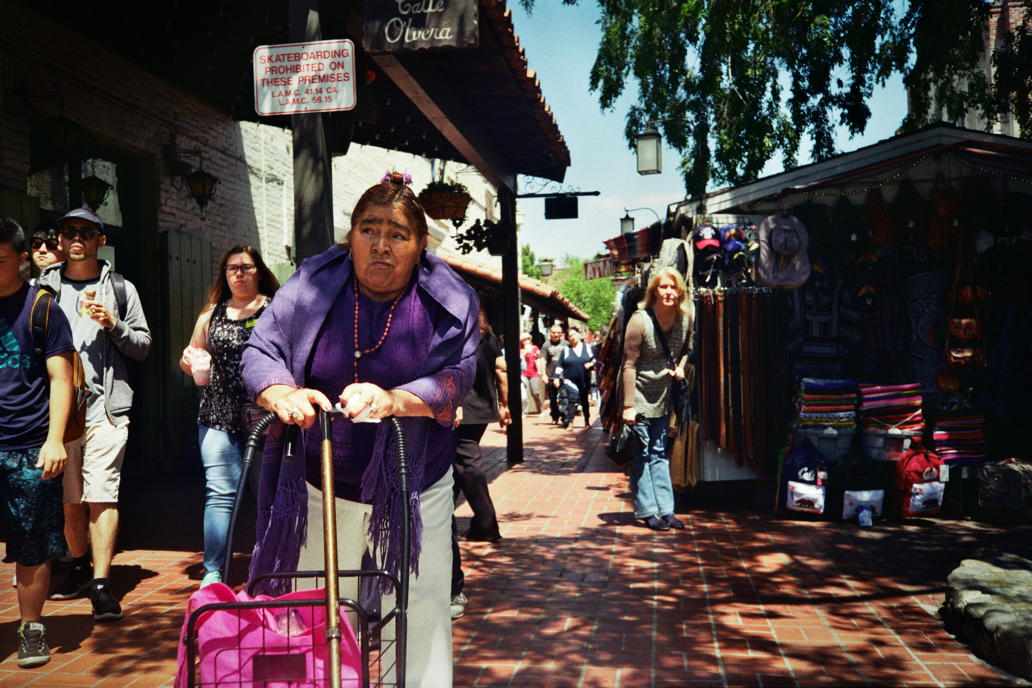 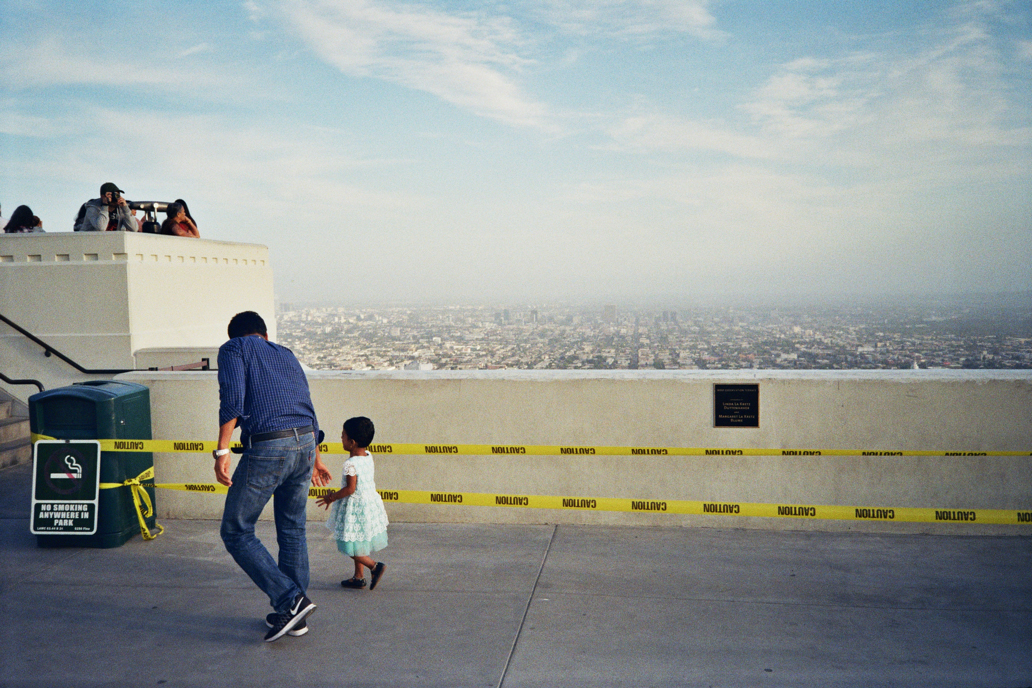 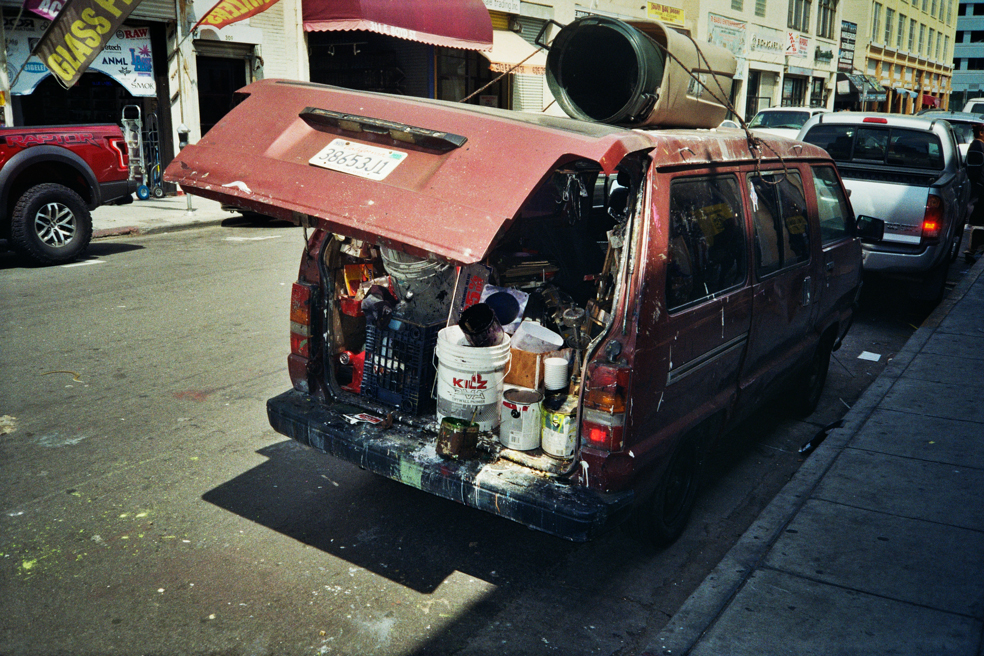 As Julian spent more time in neighbourhoods south of the city, he thought of his portraits as a gesture of recognition: a way to acknowledge the quiet dignity of those hustling to survive.

“You’d often see tarps spread out on the street with an array of random items for sale or trade, from battered old shoes to near-mint condition Air Jordans, and sometimes people would ask to have their picture taken,” says Julian, who’s from Bristol but is about to move to London for an internship in radio production.

“Interactions with these characters that reminded me how photographing a downtrodden community does not imply humiliation, and can in fact do a lot to reveal a spirit and warmth that often goes overlooked.” 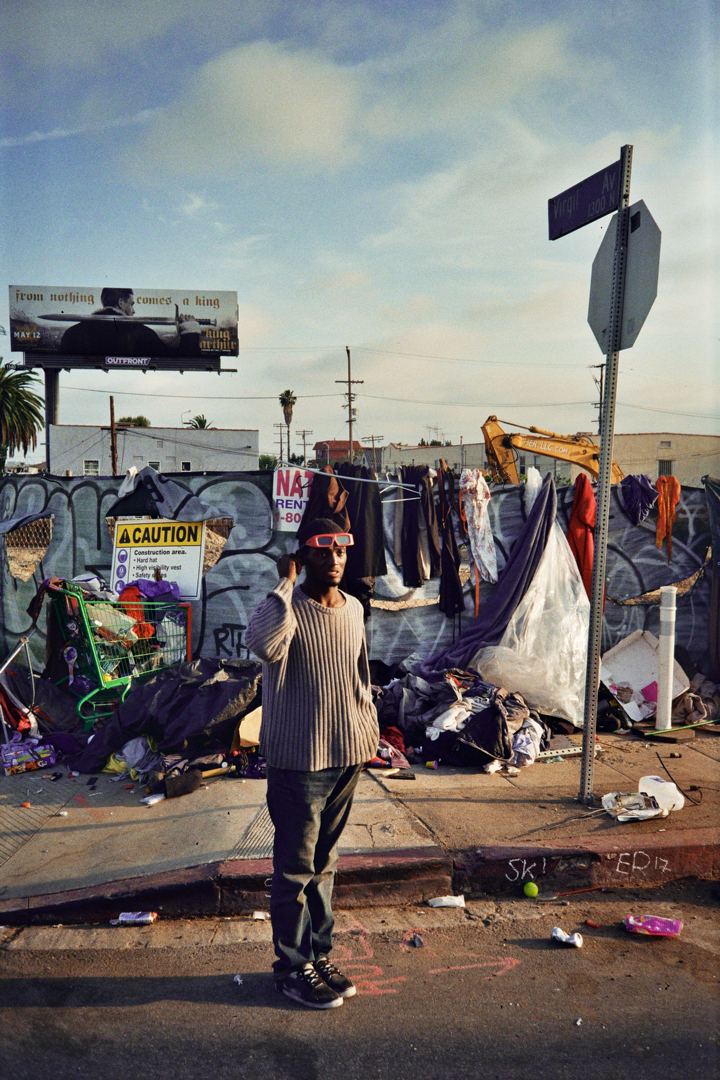 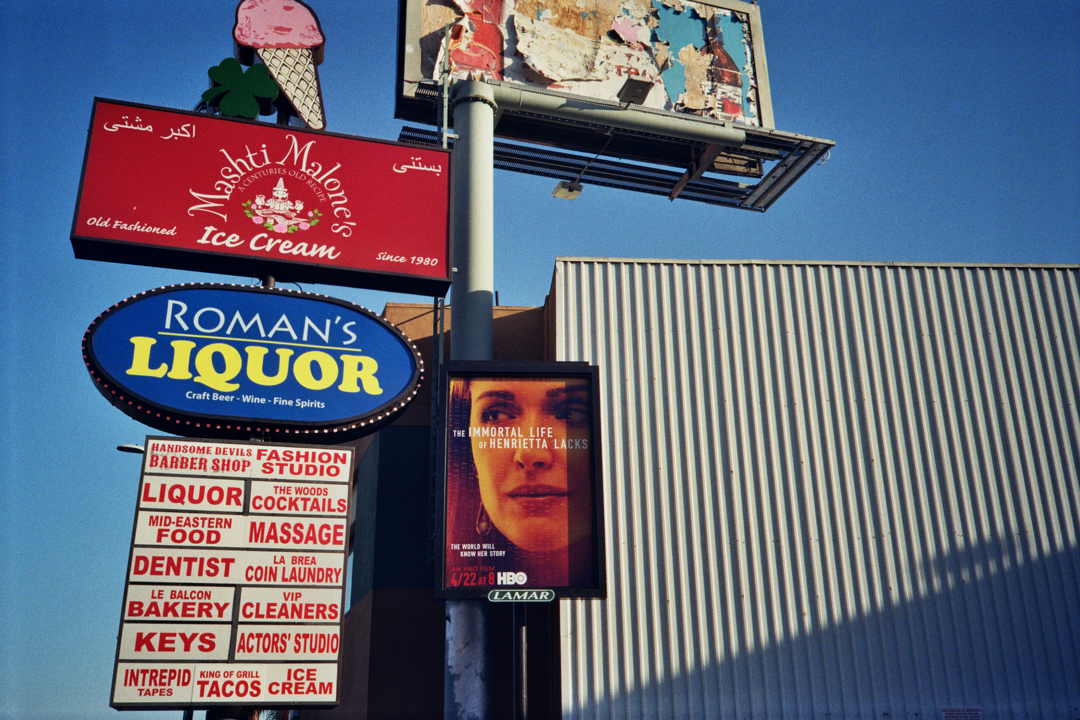 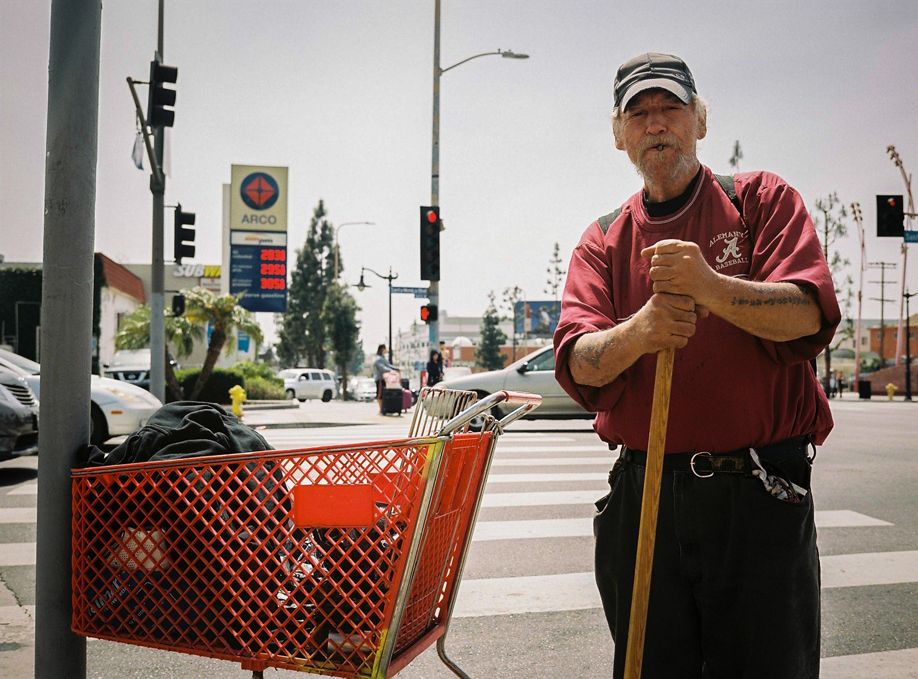 “This man asked that I send prints of the photos to an address of a friend, as it had been years since someone took his photo.”

By contrast, the thing that struck Julian about LA’s prosperous neighbourhoods was just how closed-off they felt – all big cars, big houses, big dogs and big fences.

Any glimpses of that side of life felt fleeting and detached. 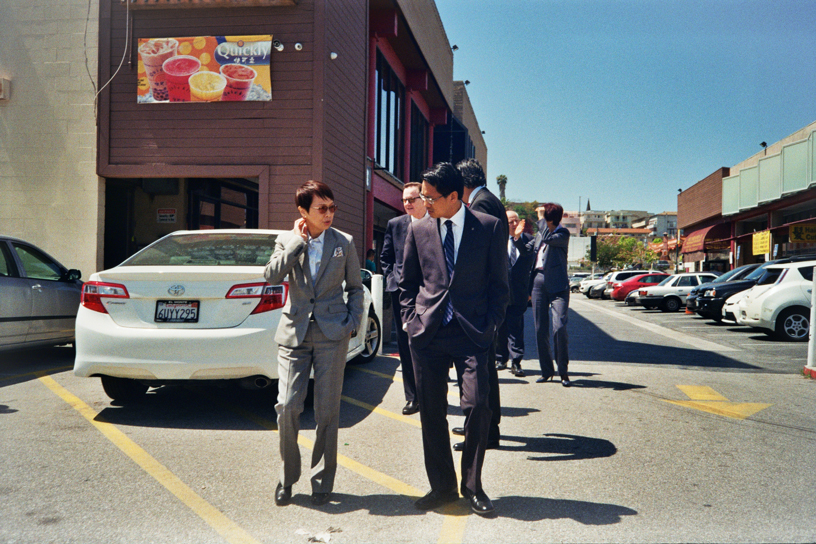 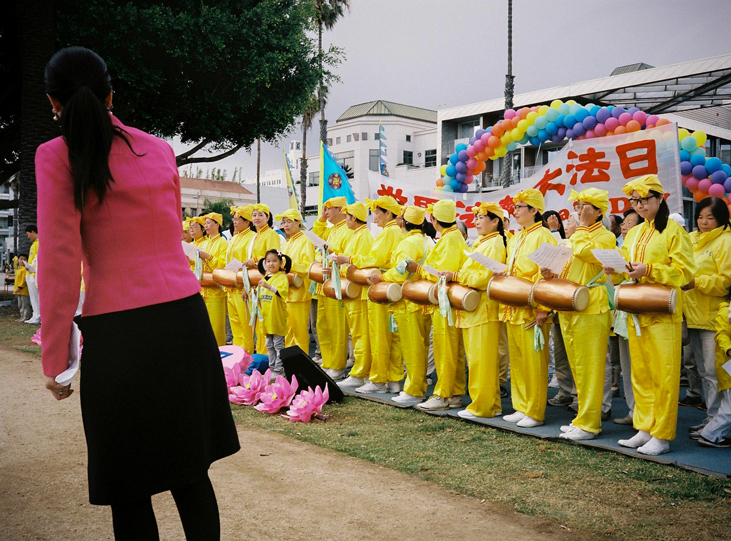 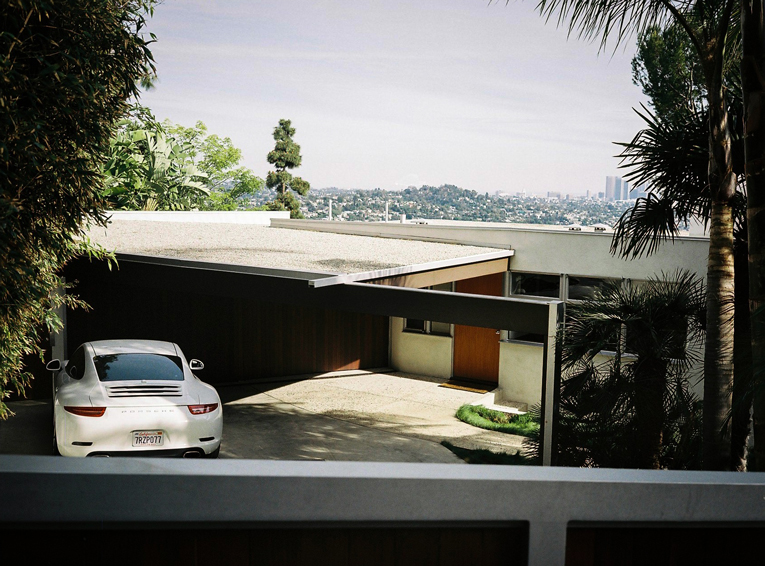 “Even still, I think the best photos are always the ones you feel uncomfortable, rushed or unsure taking,” he says.

“I had gone out there with the aim of simply following my nose, shooting whatever I found to be bizarre or interesting – which turned out to be almost everything.

“Despite the extreme disparity between poverty and wealth, the unpretentious and the fairytale facade, what will stick with me is the energy I found somewhere in the middle.” 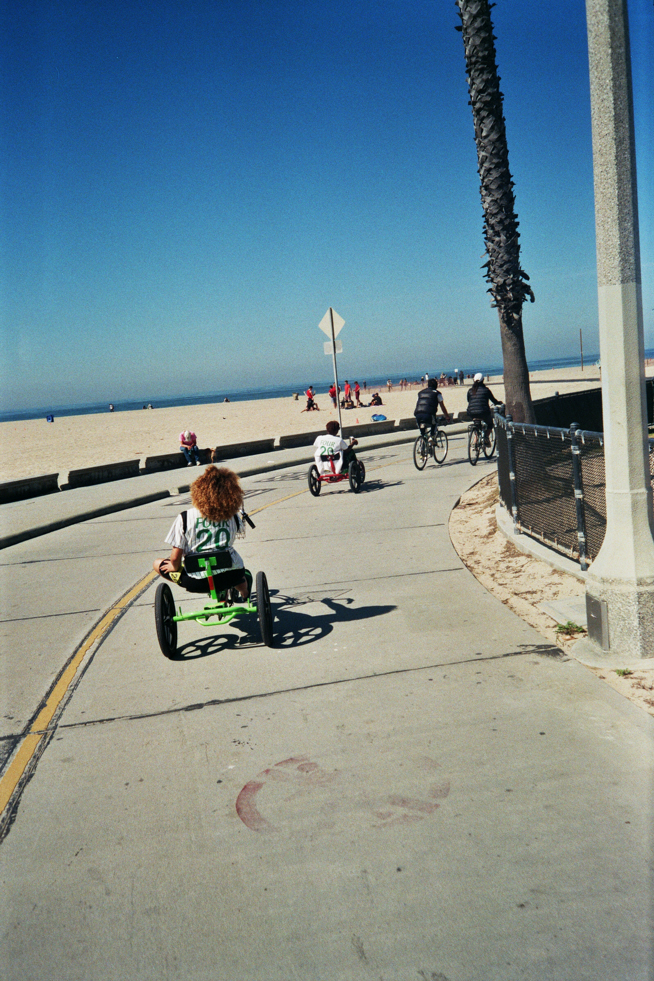 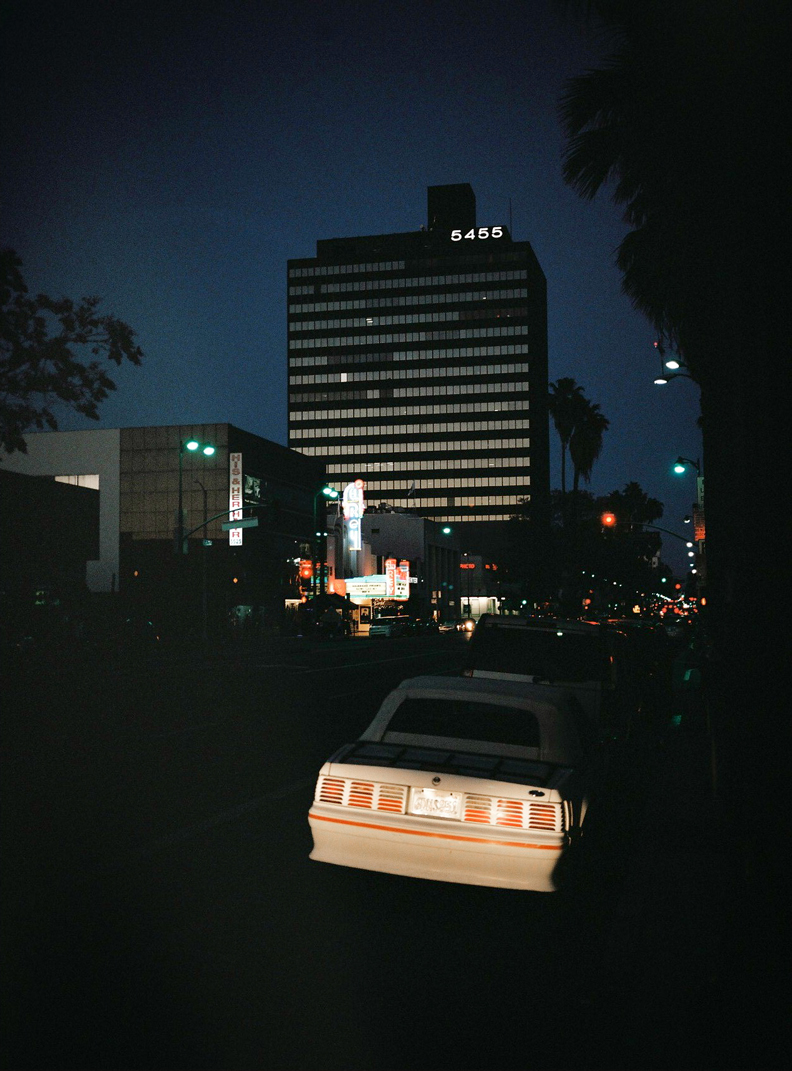 Linkedin
RELATED ARTICLES
OTHER ARTICLES
Following the release of his debut single, Deyaz talks battling addiction, dealing with his struggles through music, and building a budding music career from his living room.
A new exhibitions brings together the work of photographers who documented the deep unrest of these pivotal decades.
After building his reputation covering the US civil rights movement in the 1960s, the photographer went on to produce some of the most enduring images of the past century.
A recent High Court ruling against the right to wild camp in Dartmoor National Park sparked the largest land protest in history – and campaigners say their fight is not over yet.
Photographer Sean Maung reflects on documenting a small town in Pennsylvania afflicted by high levels of unemployment, poverty, violence, crime, and addiction.
After blocking the Scottish government’s gender recognition reform bill, Westminster is now devising further changes to the law to make it harder for trans people to self-identify.