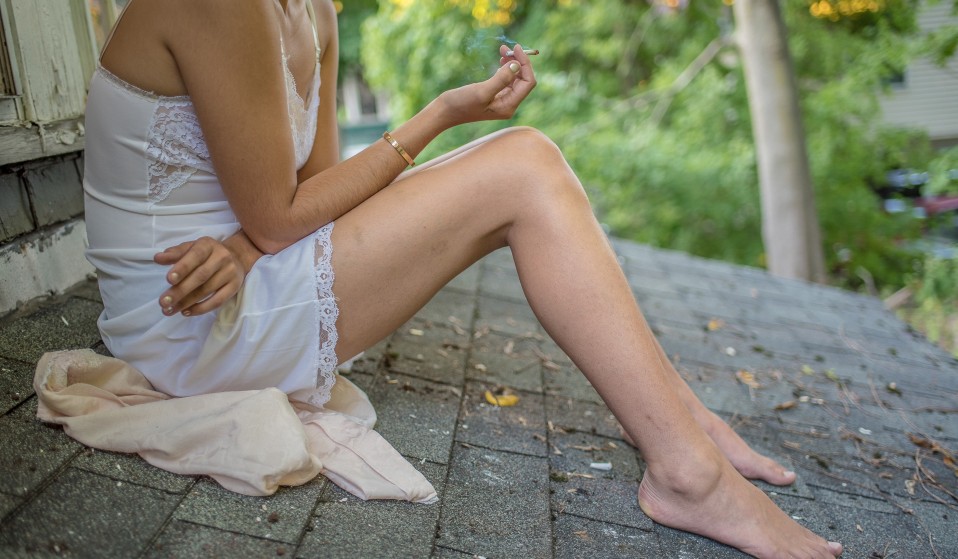 Photographer Gabby Jones turns her lens to what's directly in front of her, offering a candid look at how young women experience femininity in the America today.

Photographer Gabby Jones turns her lens to what's directly in front of her, offering a candid look at how young women experience femininity in the America today.

Womanhood means something different for everyone, but there are experiences we all share: the late nights spent holding our friends close, the sense of community we create in times of crisis, the men who shout at us in the street. The oppressive standards telling us to make ourselves less, to be cleaner, quieter, sweeter. You know – just those girly things.

When Gabby Jones decided to focus her lens on her college roommates, she didn’t want to make a specific point through methodically constructed fictional images or to speak on behalf of universal womanhood. Rather, she wanted to show her close friends and their collective reality, pure and simple, through an intimate perspective – what’s it really like when six young-adult women live together, with all the highs and the lows implied. 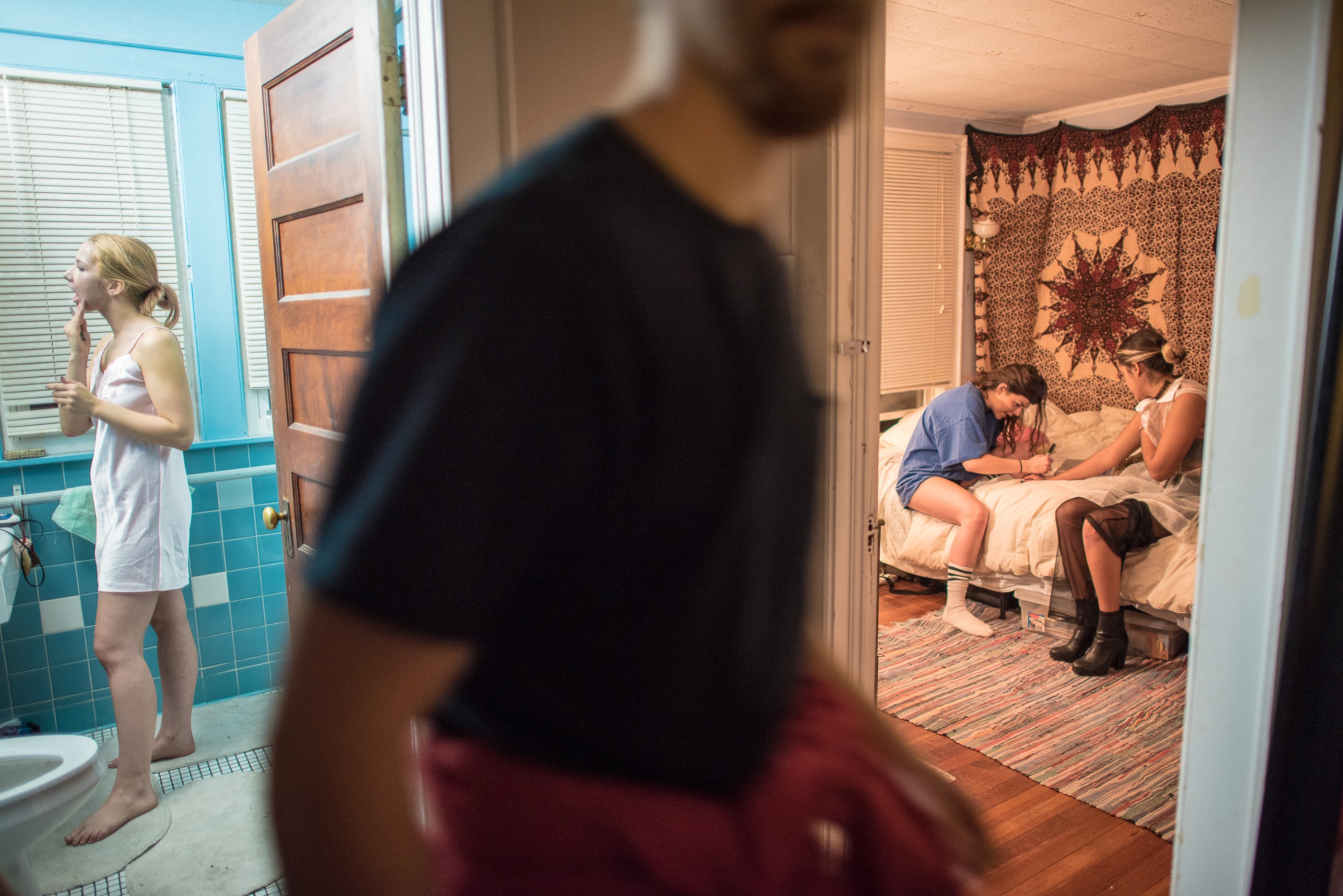 “I wanted to show the space where every aspect of these women is appreciated,” she tells me. “Switching perspective on things that would be considered ugly, or undesirable in our society, into things to be proud of and embrace.”

You can see this in the images that capture the untidiness of the house or the pile of rusty razors abandoned on the soap holder. “I think a lot of women can relate to having rusty old razors with hair still stuck in them – I find it funny because these objects are used to beautify our bodies but in reality they’re actually pretty gross.” 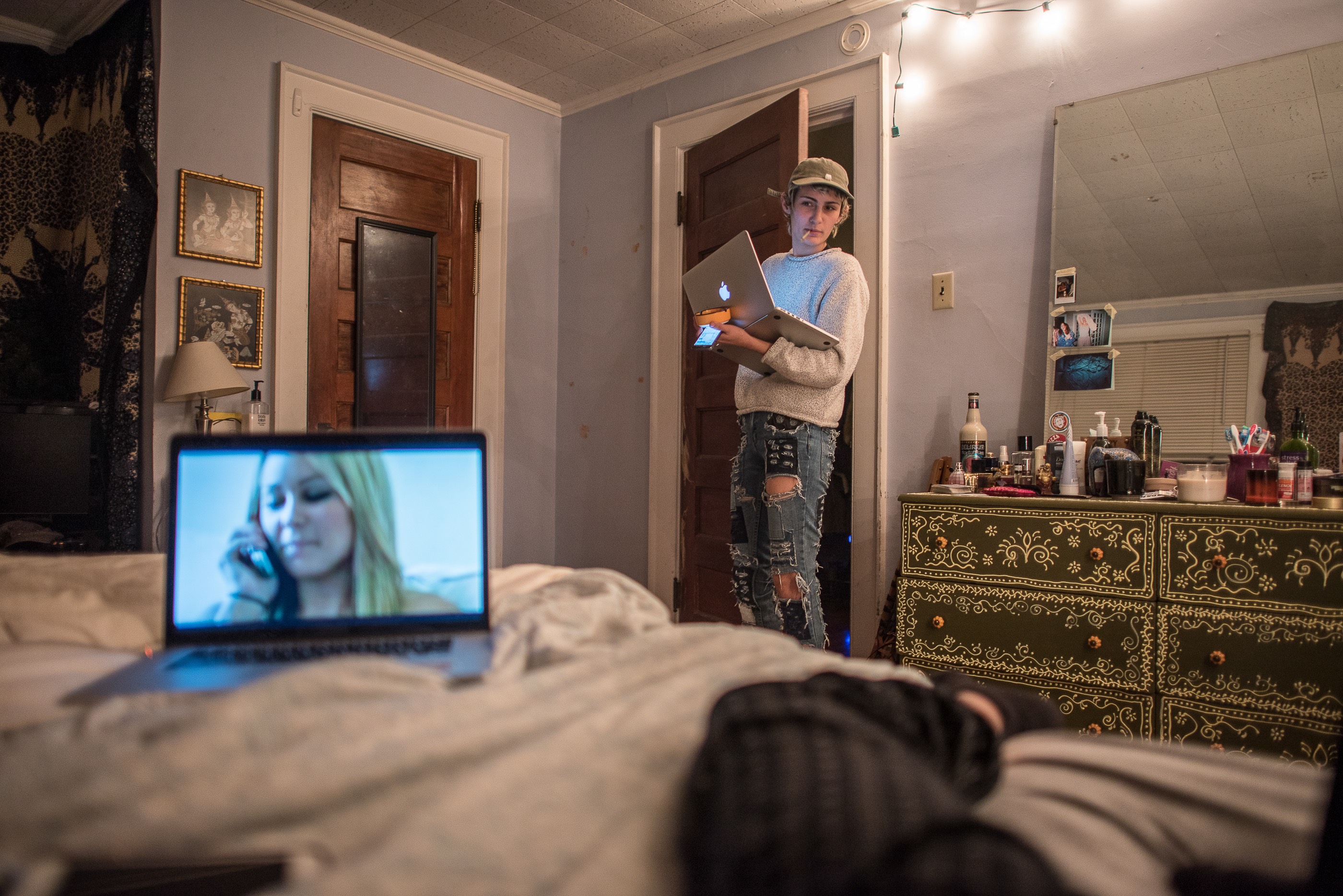 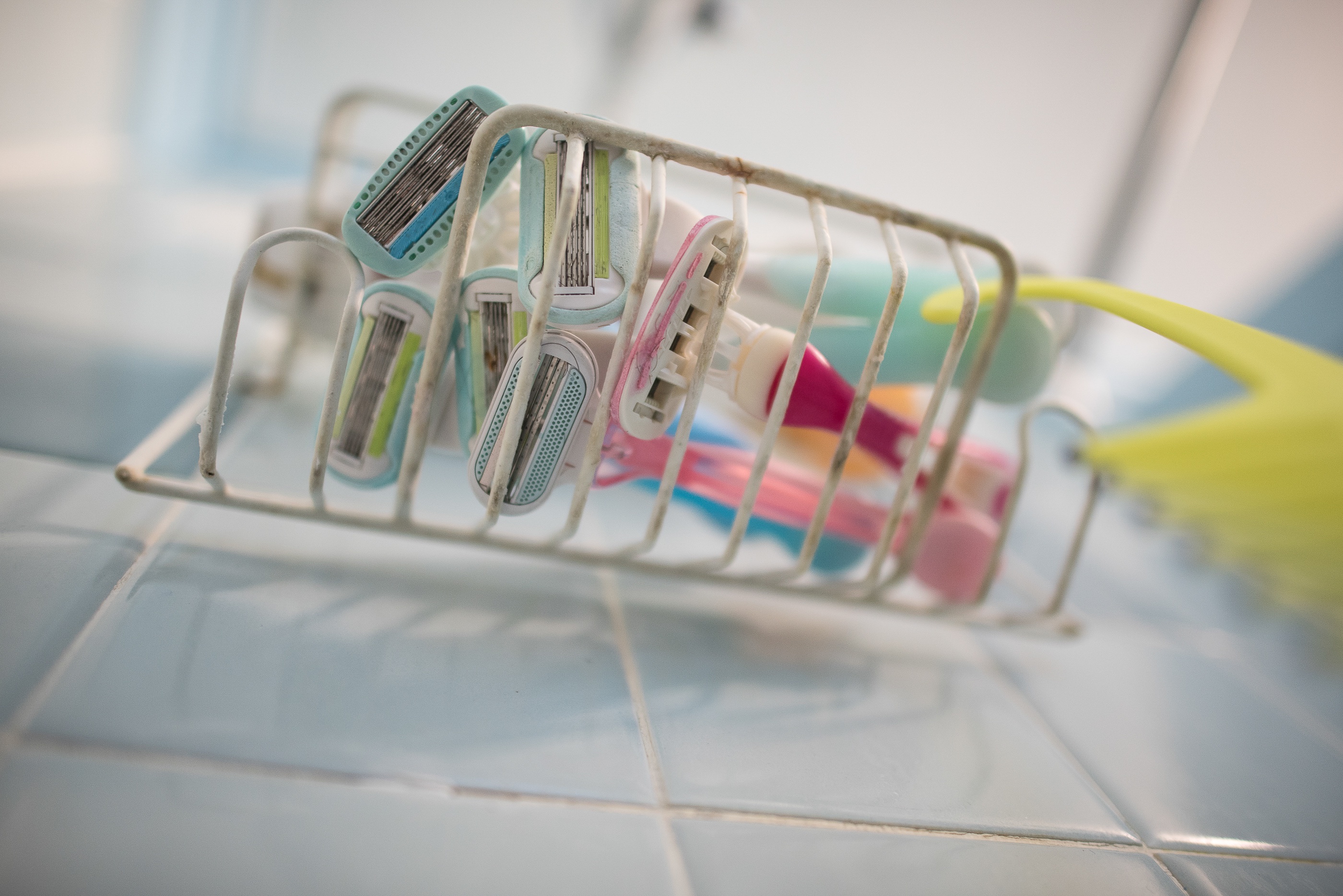 Taken over the course of three months, these images were rarely shot far from between the four walls the girls live in. Because of that, what stands out isn’t necessarily what they show, rather the permeating feeling of an insular community that exists within the confines of the house, navigating the strange early years of adulthood together in America’s chaotic political situation.

“After the election in November, our bond has only grown stronger,” Gabby continues. “The photograph of Lili Burch crying was taken on the day of the election – so was the image of Lili and Lyla sleeping in bed together that night. It was devastating, each of us shaken in a different way. It almost felt like some sort of motherly moment; all of us protecting one another. But what followed and what continues to follow; has been beautiful.” 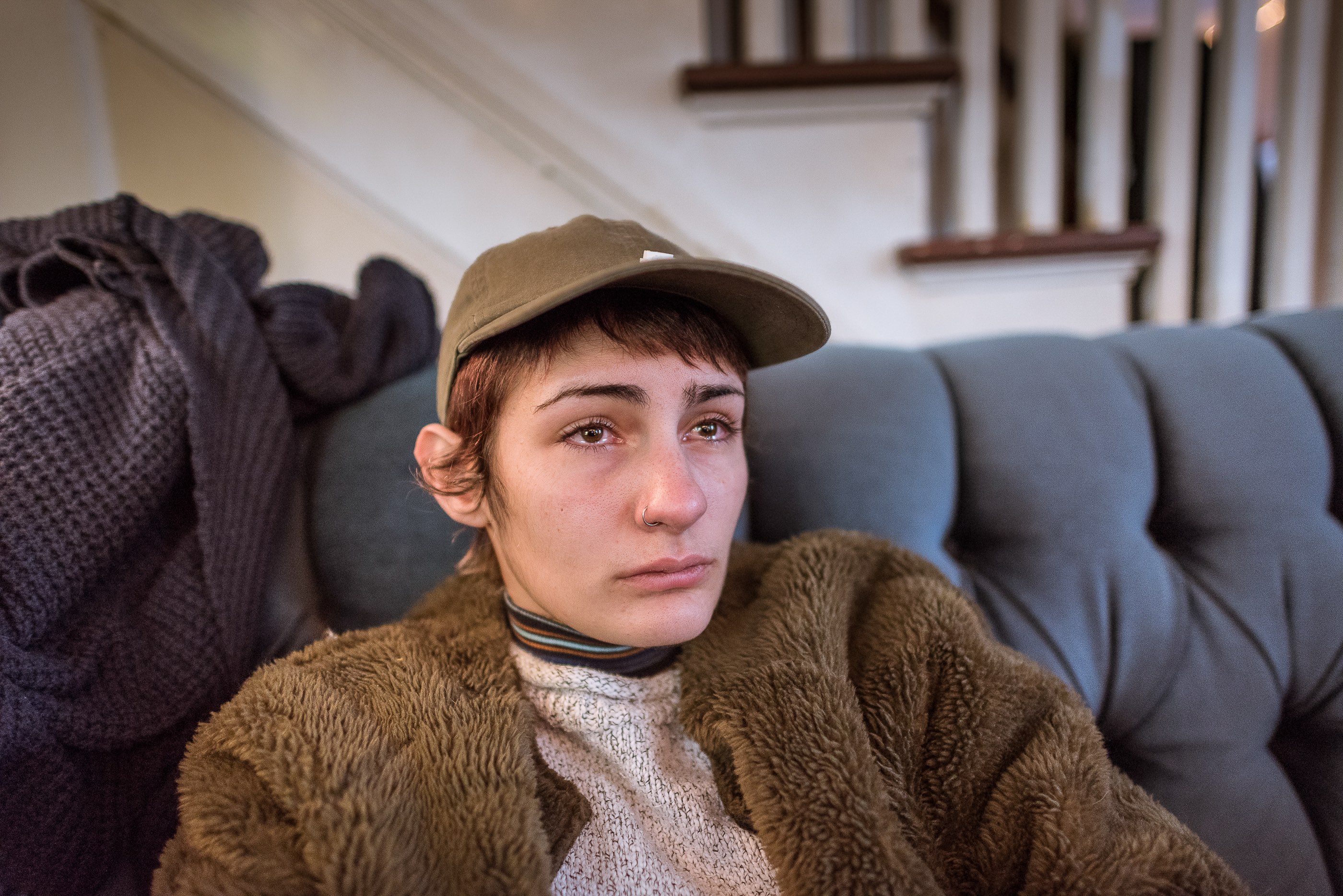 The title of the project, Group Chat, sums up all these aspects of communal living and womanhood. “Even when we aren’t physically together, we’re always talking in our group chat. Our group message is just like our home, but in words. We are relentless in there.” 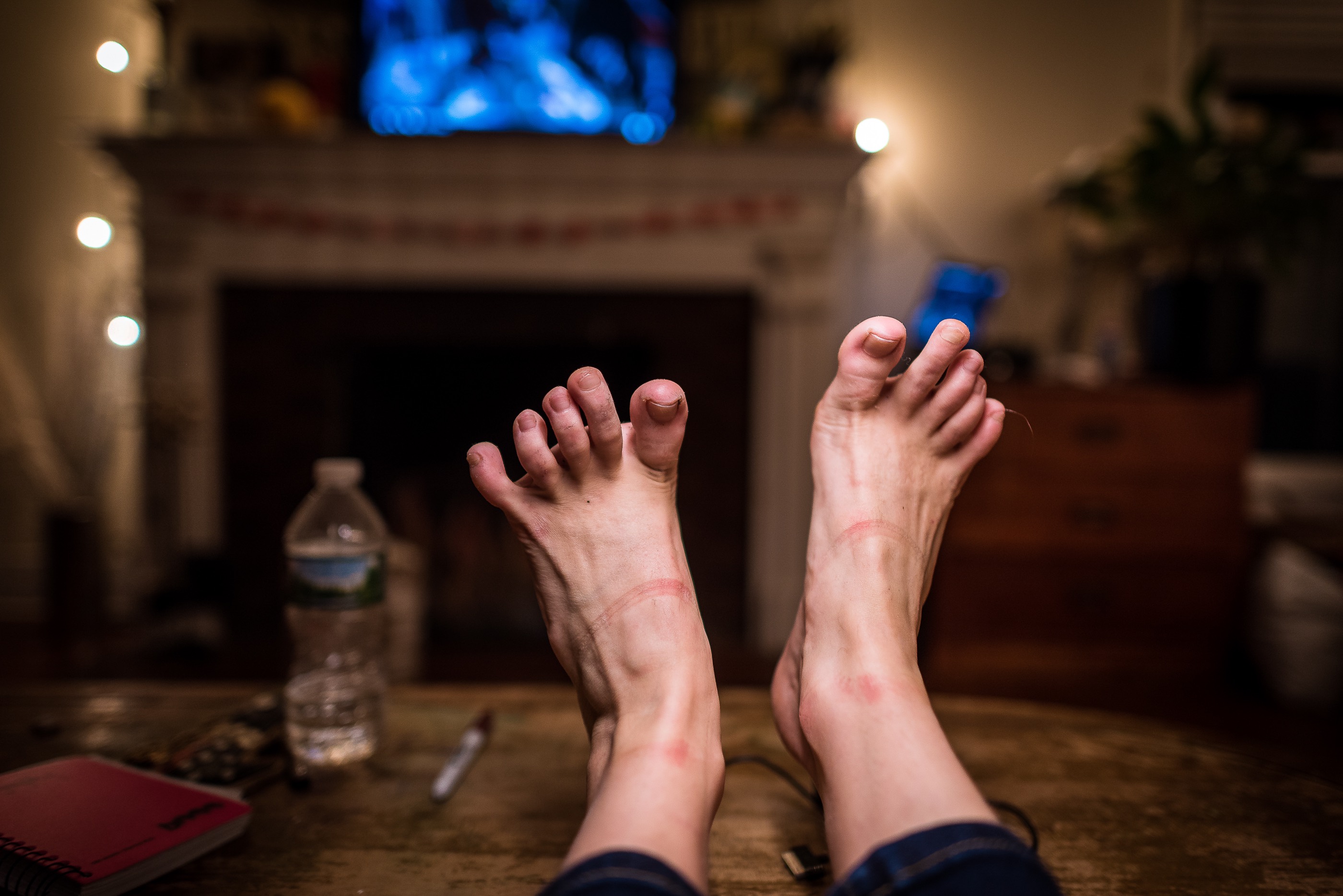 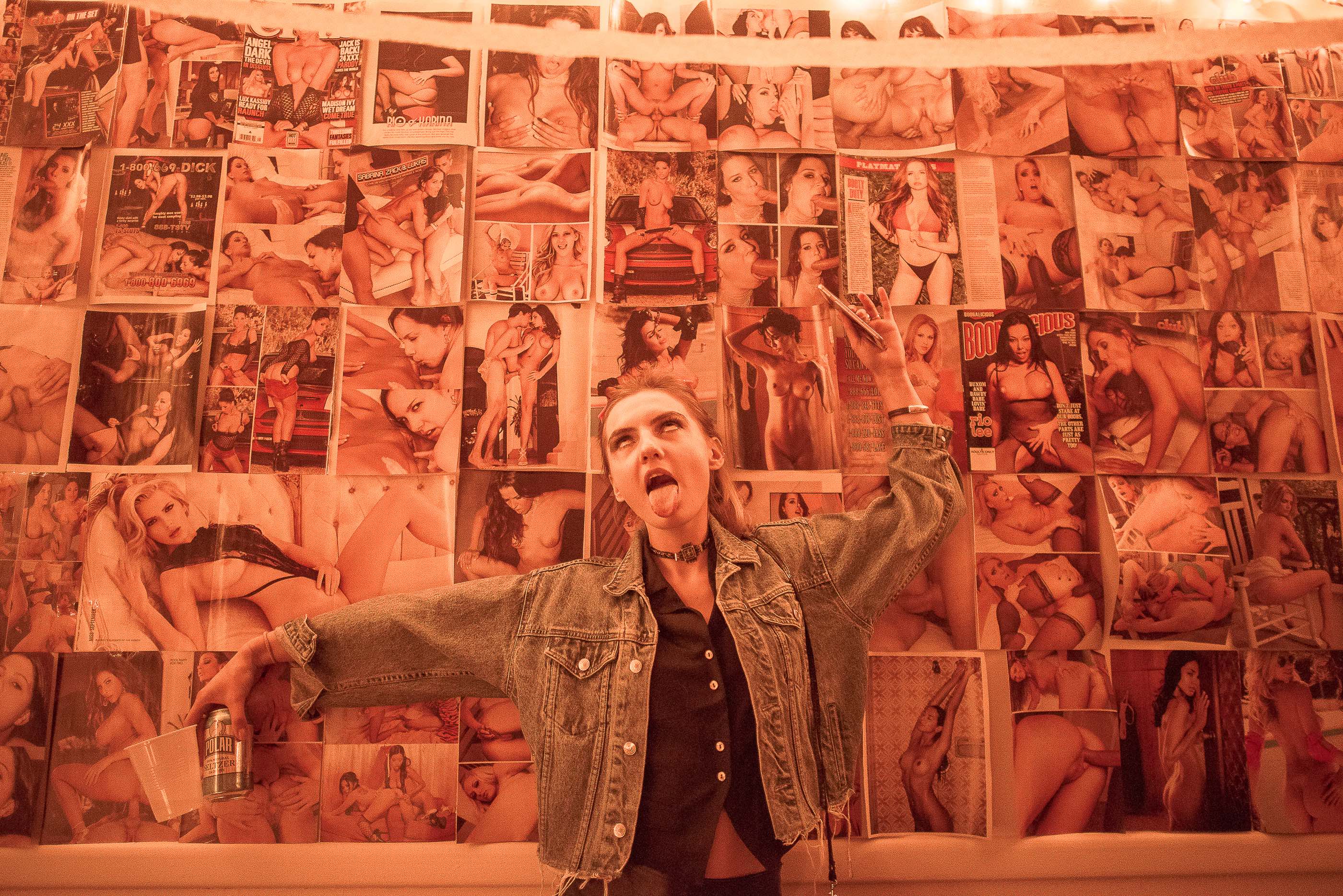 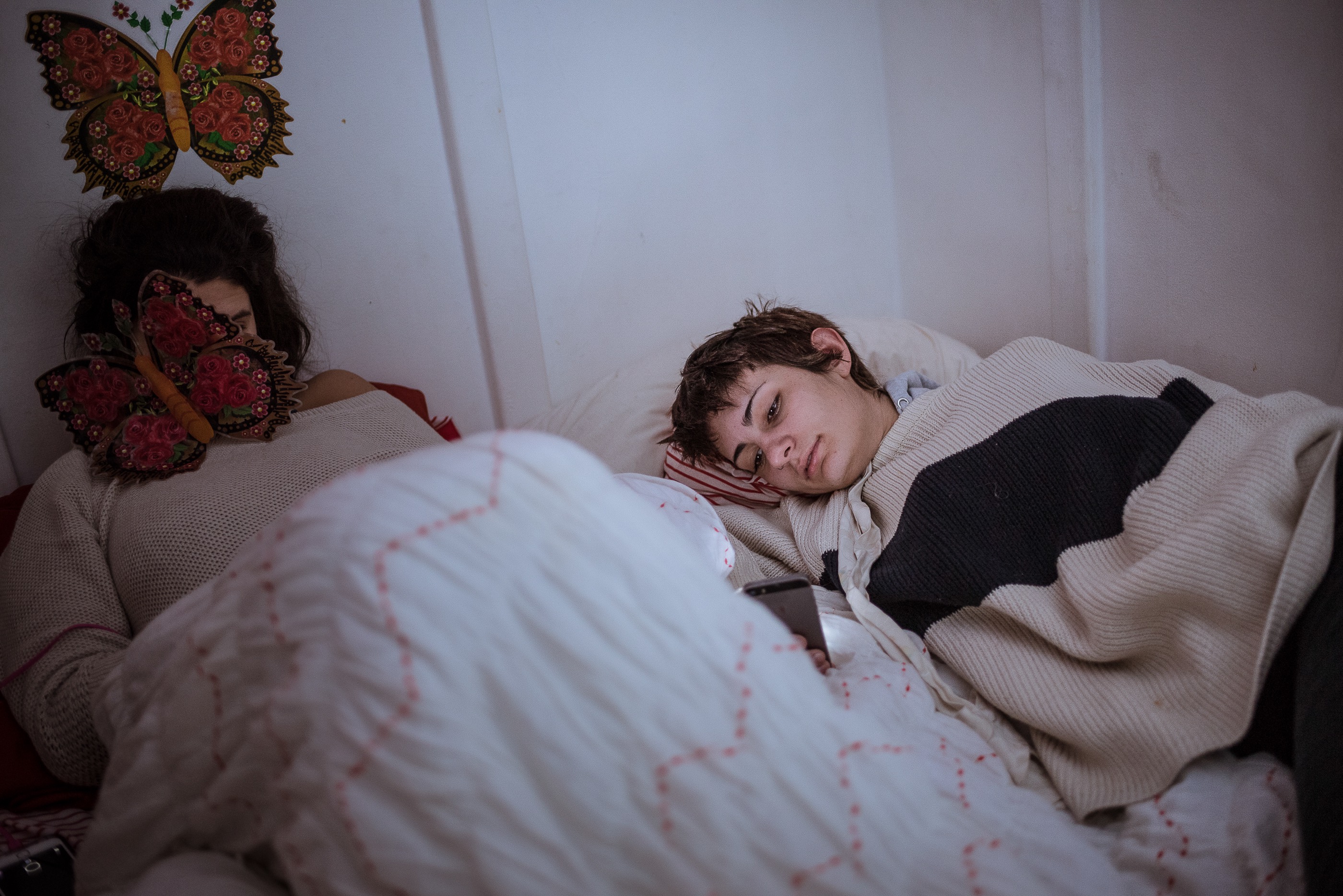 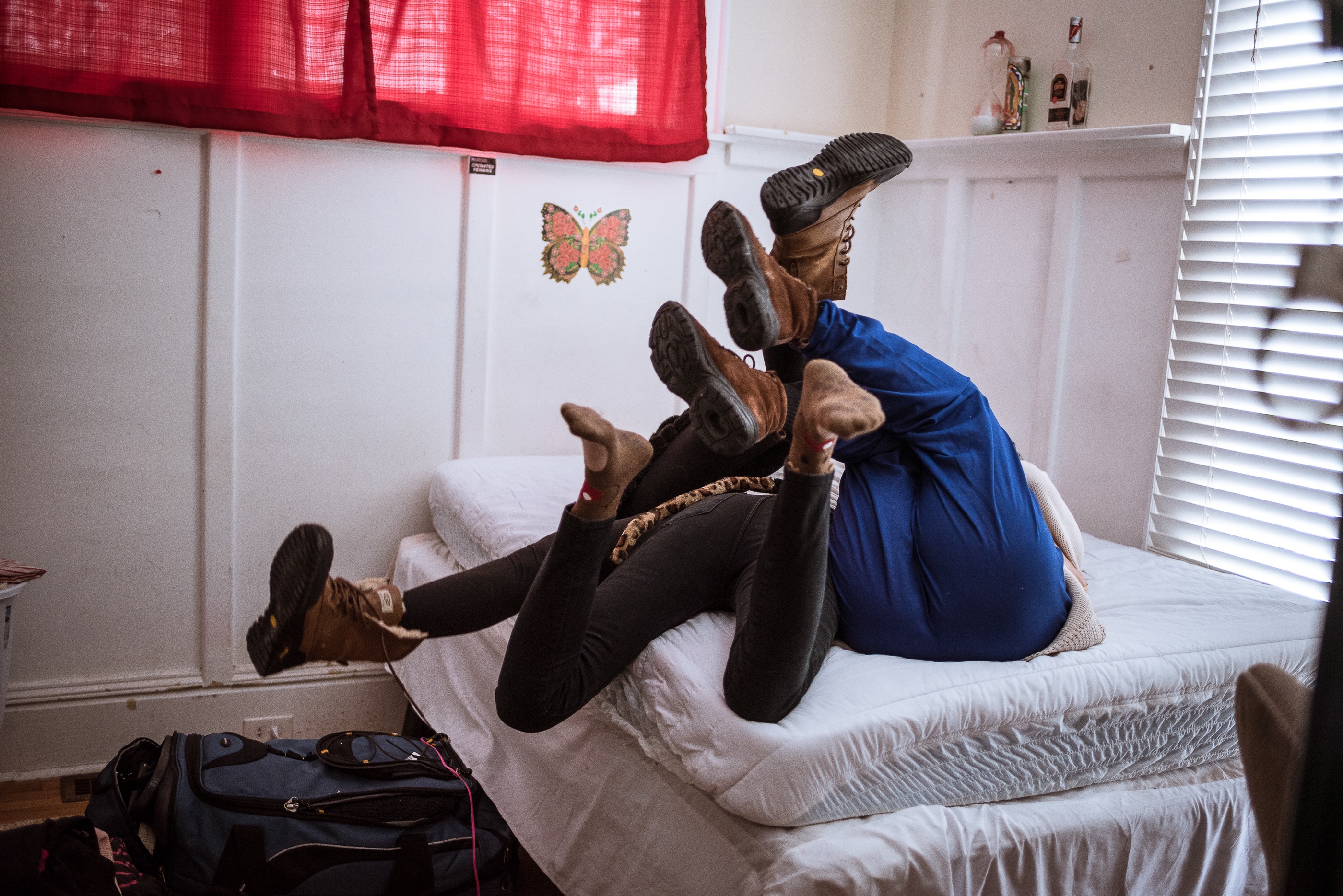 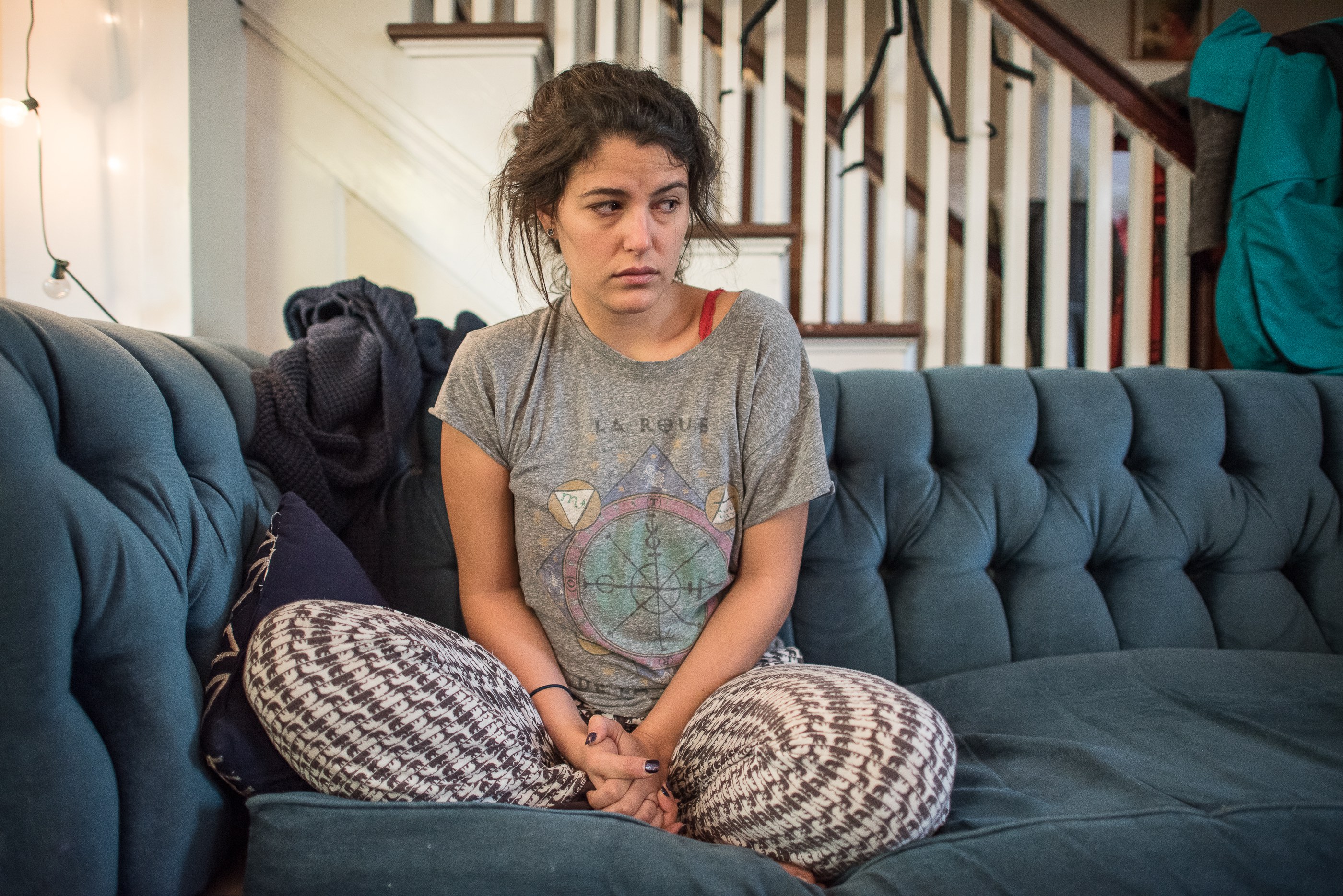 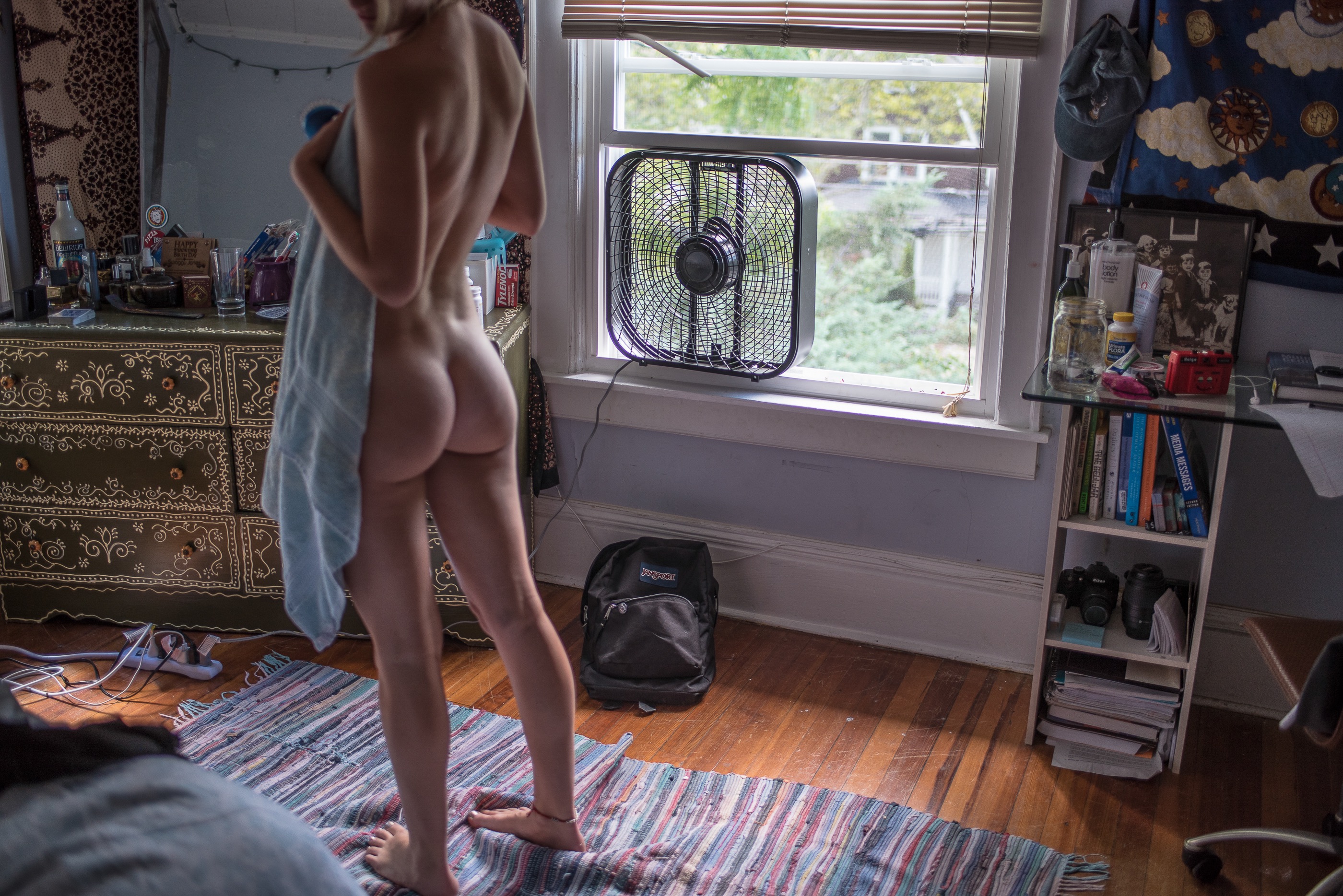 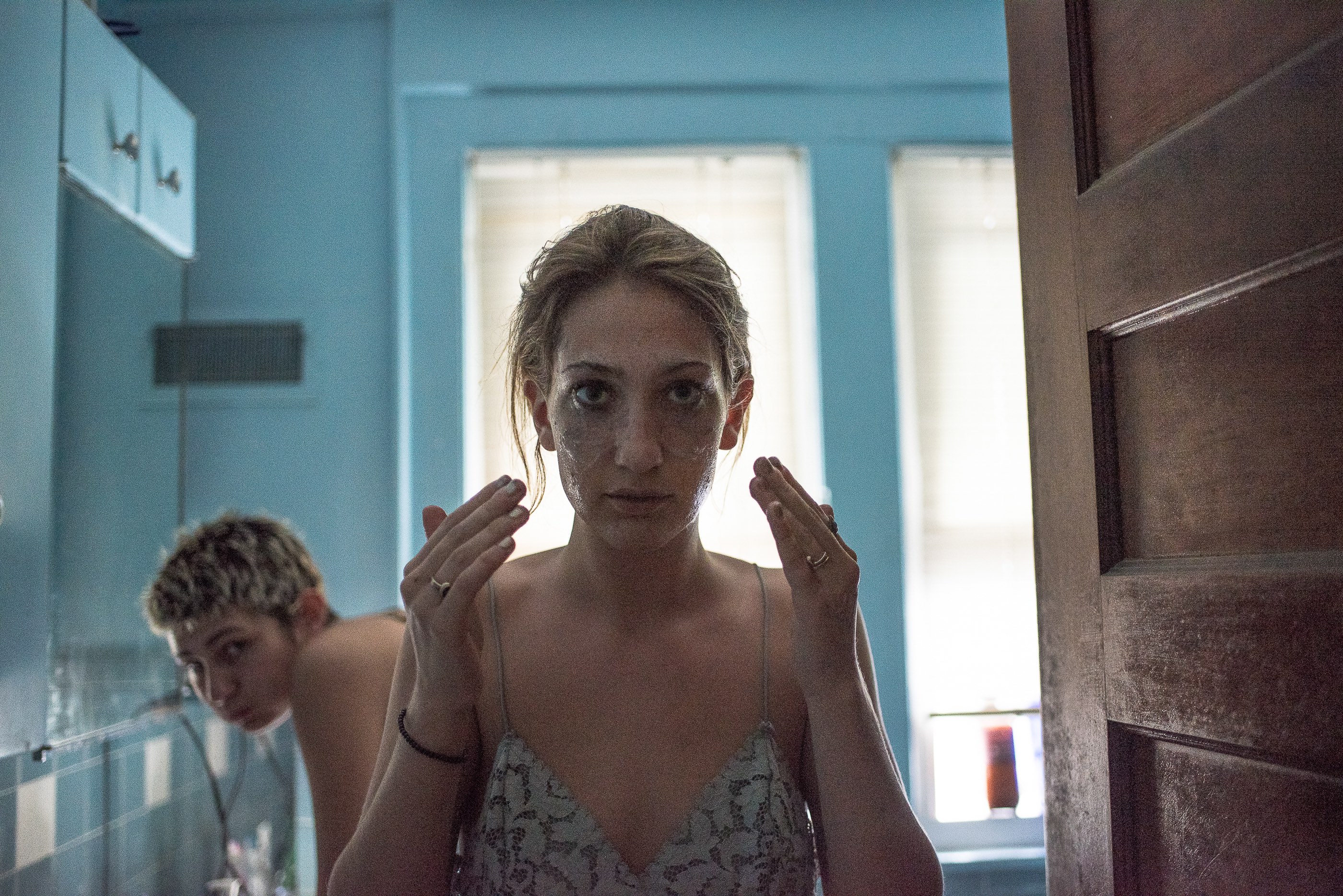 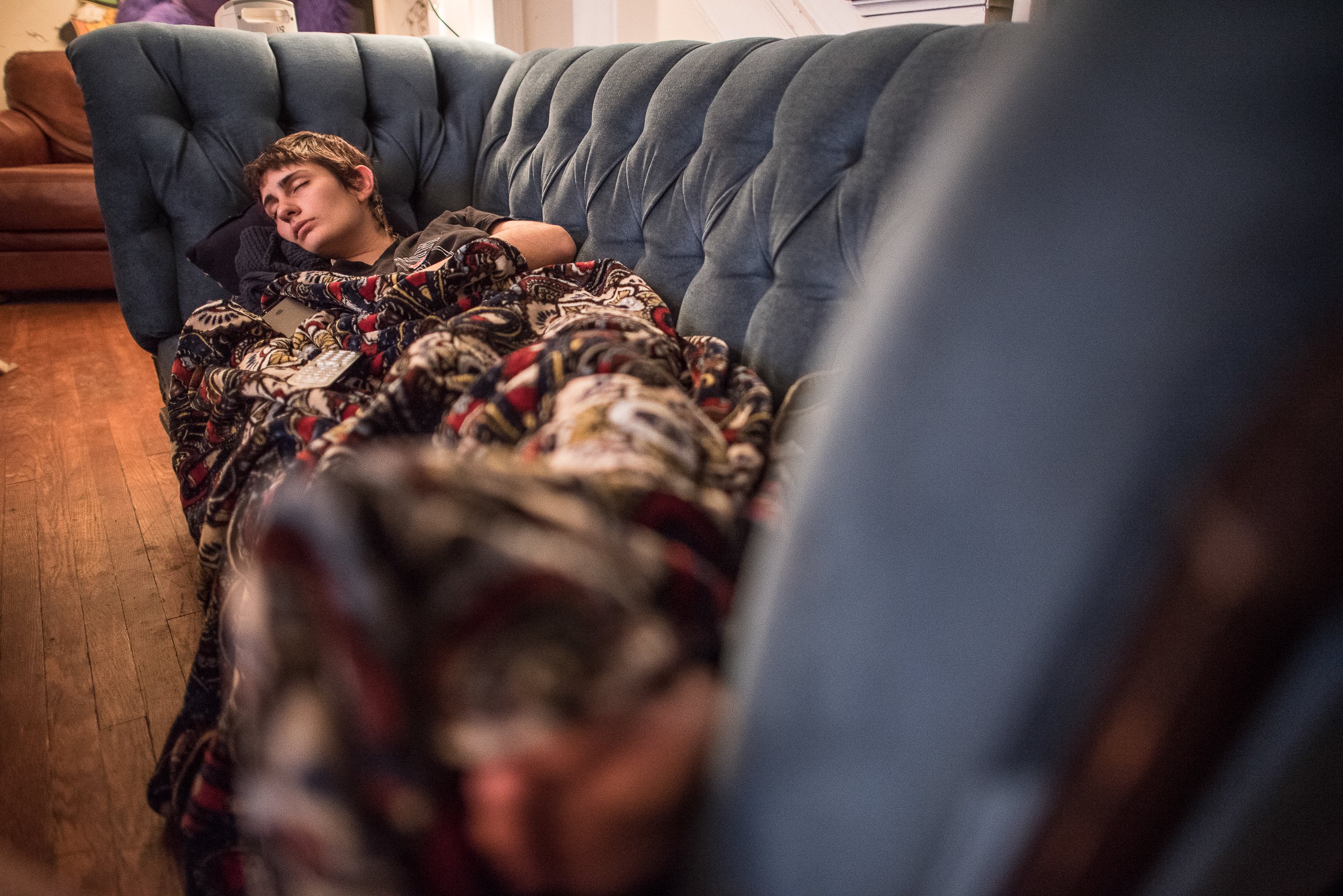 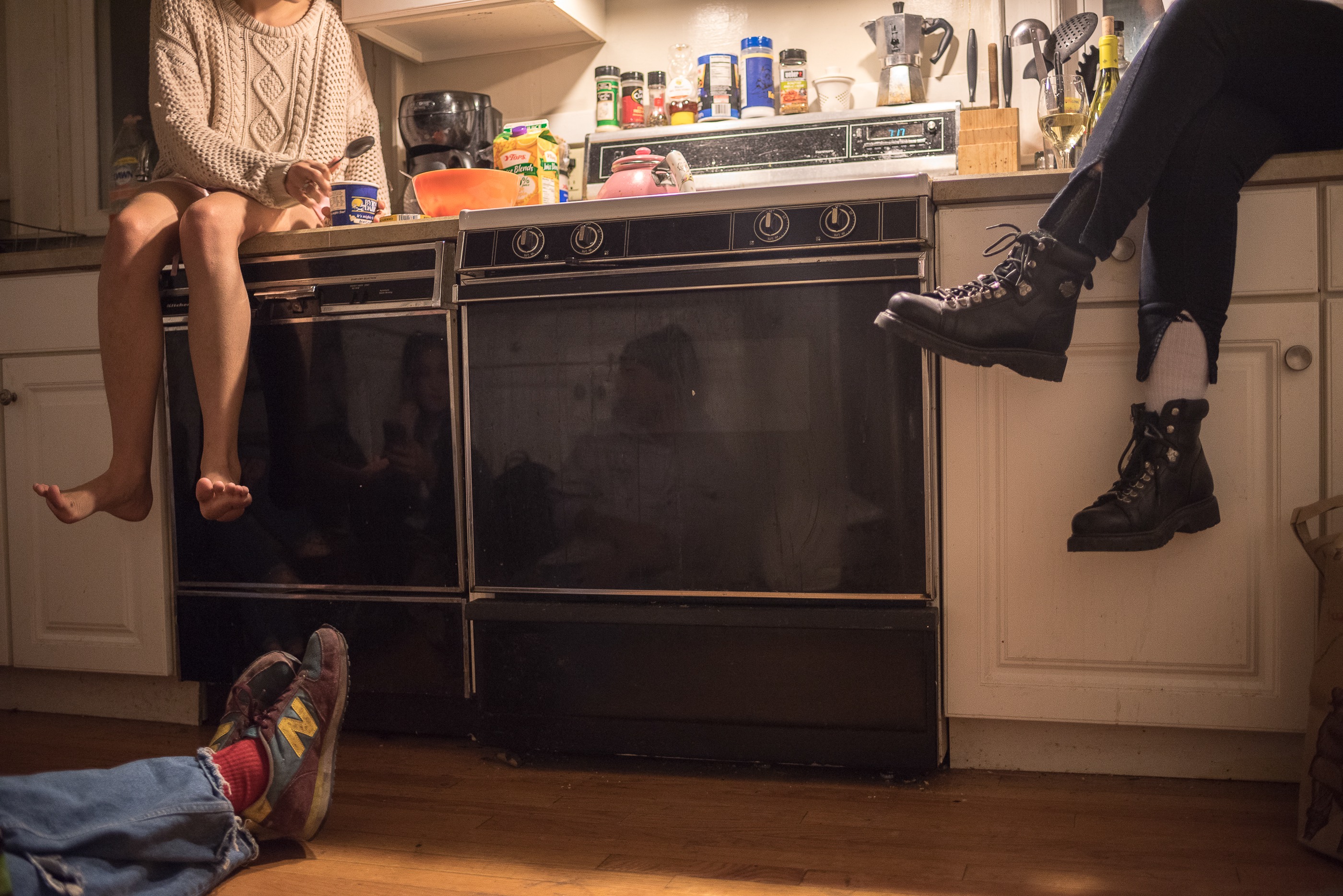 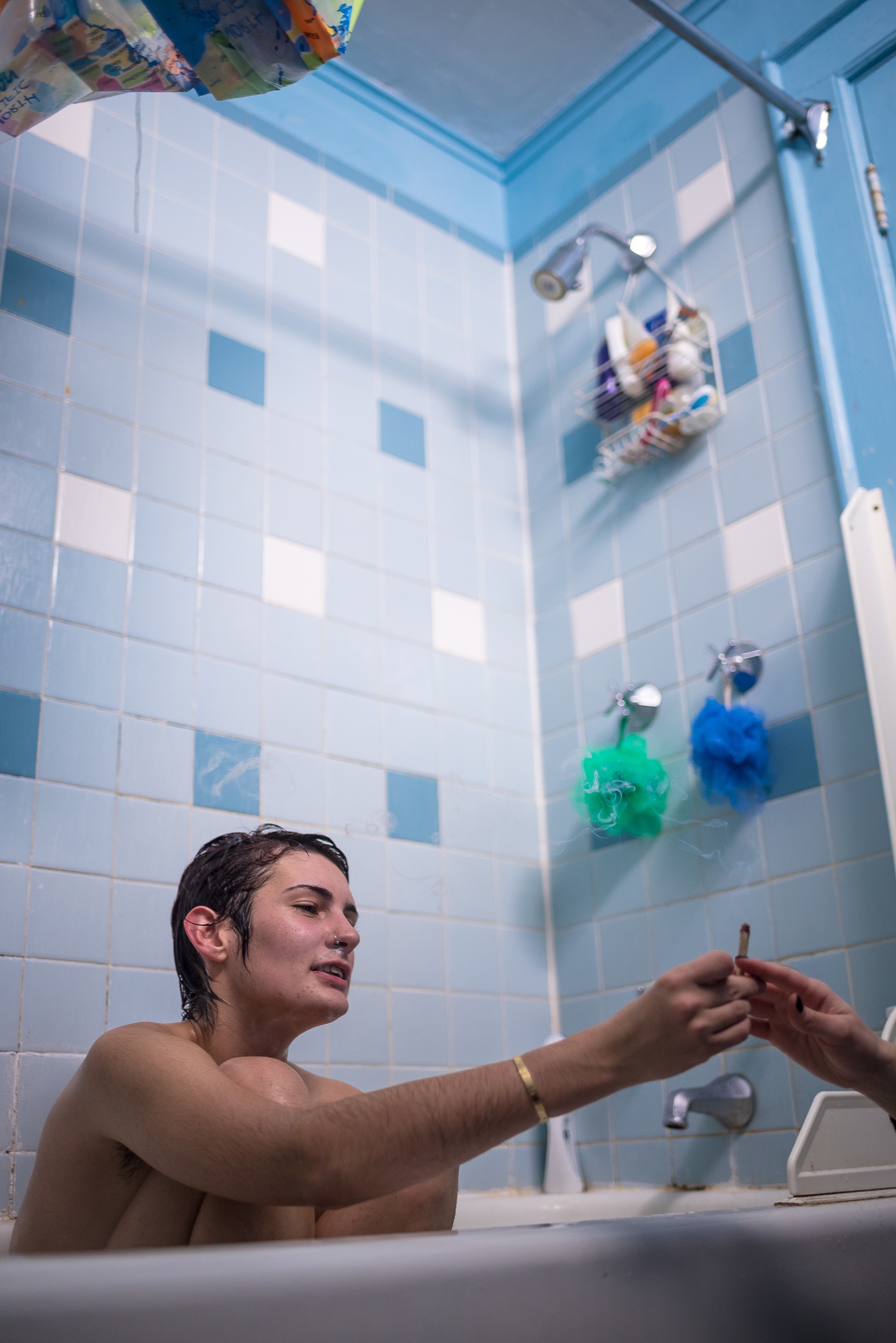 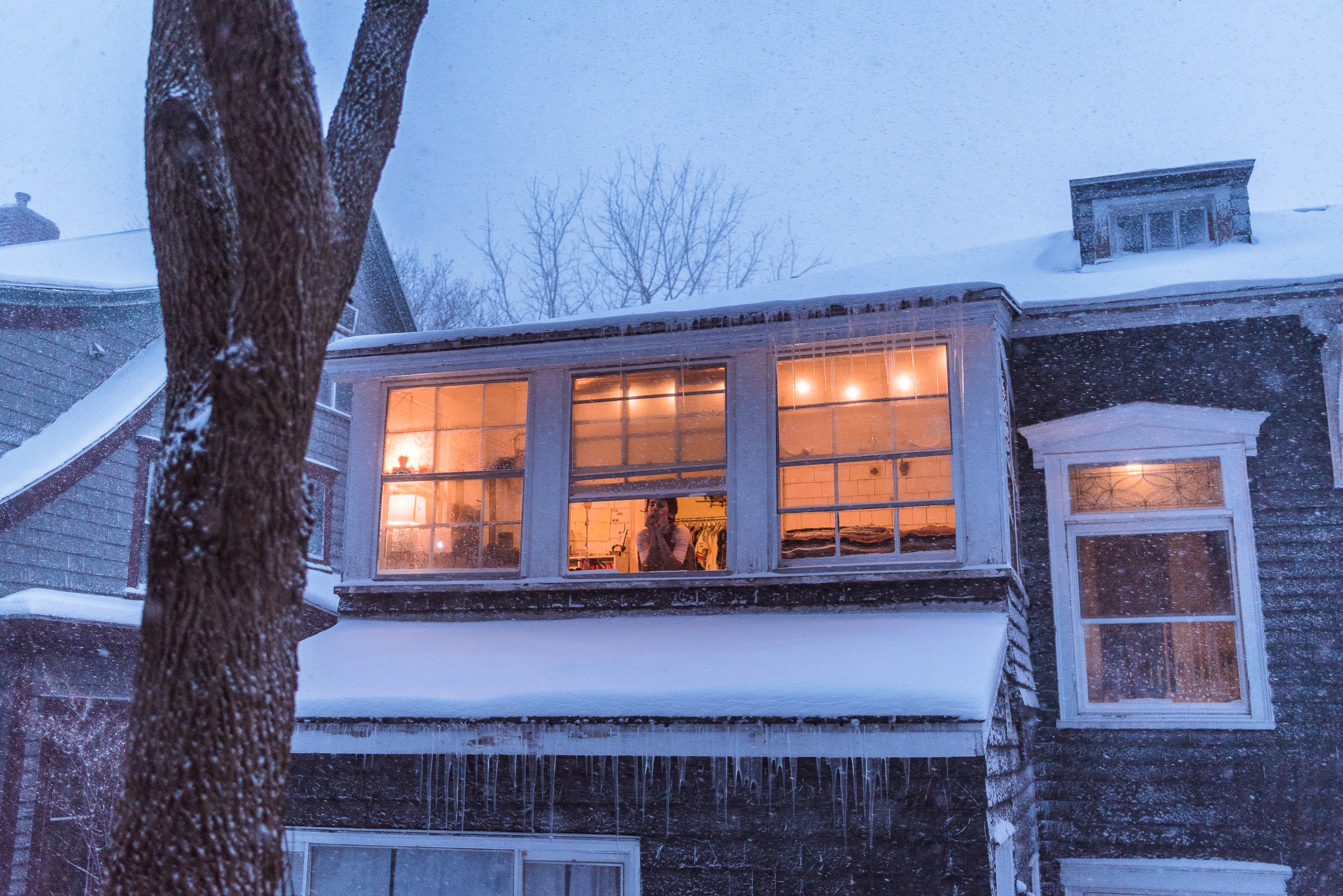 You can see more of Gabby’s work on her website.

Linkedin
RELATED ARTICLES
OTHER ARTICLES
As the role of the nuclear family is increasingly called into question, people are finding new ways to exist outside heterosexist norms.
Hundreds gathered together to protest the policing bill by making as much of a racket as possible.
A new book traces the legislation’s tumultuous history and the lasting impact its had on LGBTQ+ activism today.
In the UK, Hongkongers are continuing to stand in solidarity with the pro-democracy movement.
While the popular news aggregation service has been kicked off Twitter, its demise does not spell the end of digestible misinformation.
Photographer Alice Mann reflects on capturing the camaraderie and discipline it takes to succeed in a highly-competitive sport.