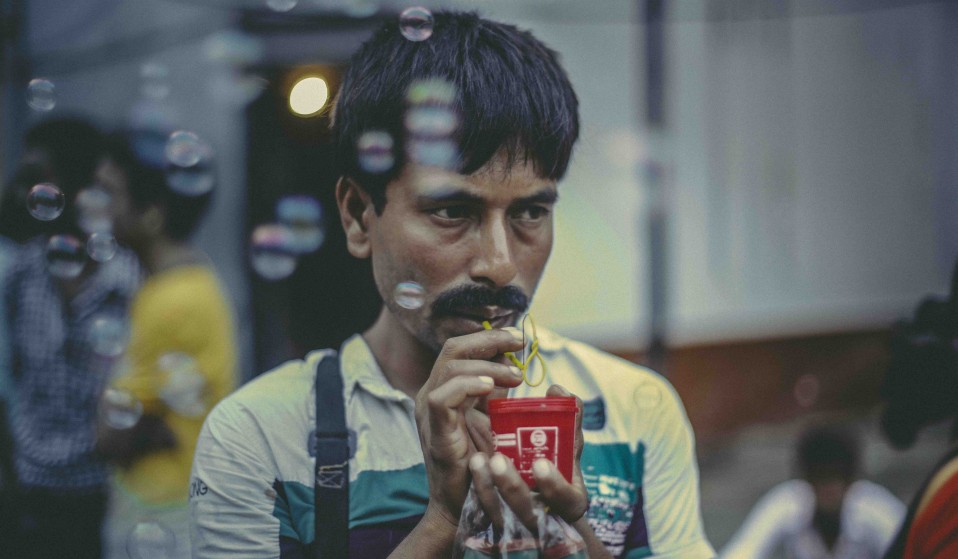 Photography gave Avijit Halder a way out, but it was an unlikely friendship with Academy Award winner Zana Briski that set fire to his homegrown vision.

Photography gave Avijit Halder a way out, but it was an unlikely friendship with Academy Award winner Zana Briski that set fire to his homegrown vision.

“I was born and raised in Sonagachi, Calcutta’s red-light district. My grandfather had two shops that sold groceries and stationary, but they both closed in the 1990s and he started selling alcohol from the house. People who came for the women would come to our place for a drink and as a kid I would serve them alcohol. When I was about two years old my father started doing heroin and that’s when everything went really downhill. Until I was nine years old my mum really took care of me, she always told me, ‘You live here because you have to, but you have to get out of here. There is a world beyond this.’

“Growing up I was very scared of my mother and in a way I hated her because she was so strict with me, but when she passed away I missed her immensely. Growing up in a brothel one of the things you definitely have is freedom; I was seeking that freedom when my mum died. I could have gone in a whole different direction where I didn’t do anything with my life but Zana Briski came and changed everything.

“During summer vacation, an NGO would come and teach kids from the brothels for two or three hours, but they would also feed them. I would always go because they had good food. Zana came there as a volunteer because she wanted to teach the kids from the brothels how to use a camera. Zana and I had a weird connection; we didn’t speak the same language – I didn’t speak any English back then – but we clicked. 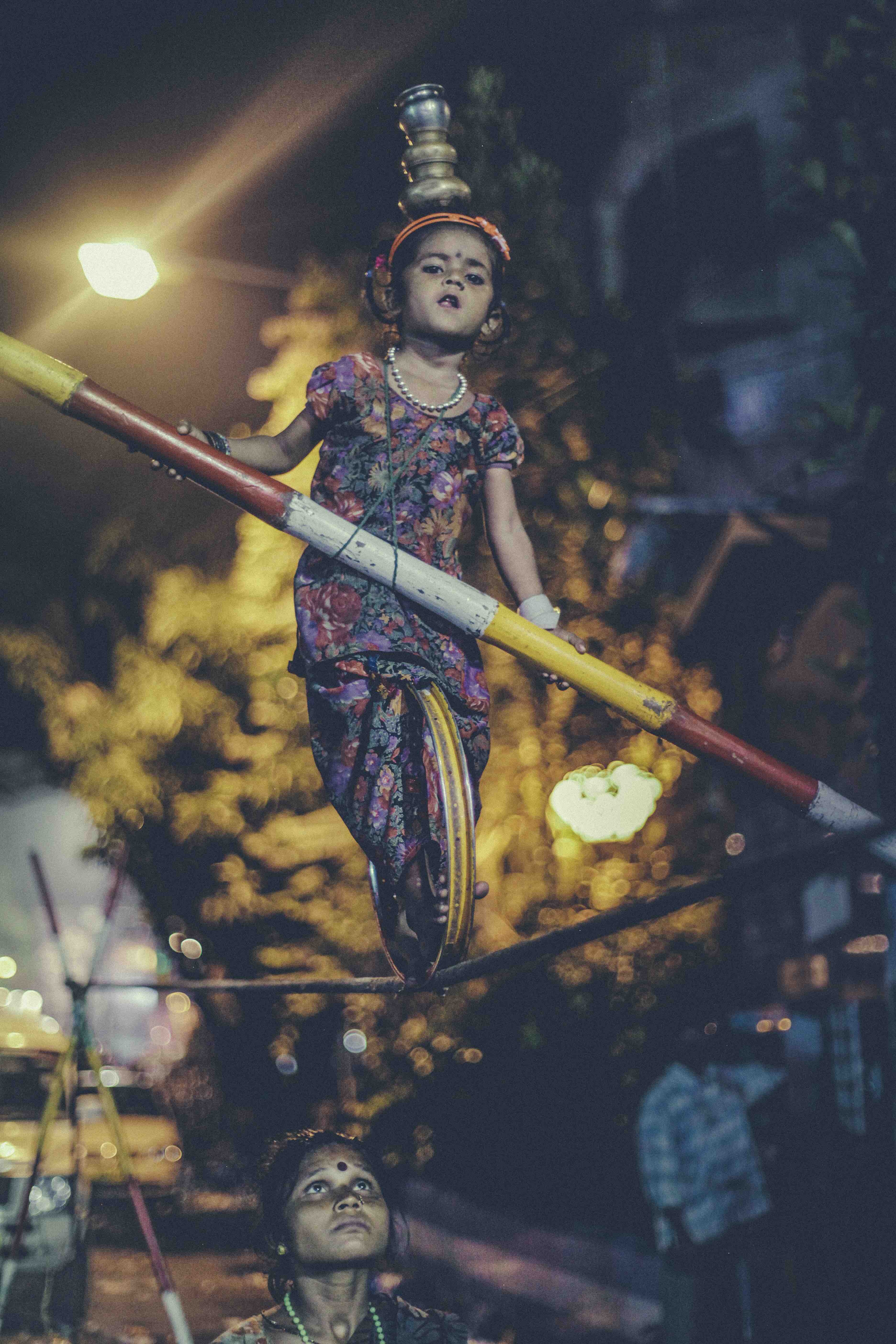 “I was nine years old, and having a camera was super exciting. I was already doing watercolours at the time so for me it was a new medium. I wanted to take unconventional photographs. I remember with my first roll of film I shot some dogs and garbage; everyone else took photos of their family but I was too embarrassed. Zana asked why I photographed garbage and shutters and wires – I found a certain beauty in things being different.

“Zana would give us home assignments. We’d come back and critique each other’s work. It wasn’t professional; it wasn’t like we had photo knowledge. It was the honest opinions of kids and it helped us grow together. It matured us as people. We were talking about photographs, but whatever we said we had a voice and someone listening to us. We had something to talk about and working together as a group empowered us. We became this group – a group with a voice – and people started looking up to us.

“The thing I love and respect about Zana is she sees everyone, regardless of age or race, as friends. In the British school system in India you’re scared of your teachers. You don’t even ask questions if you’re confused – you don’t want to speak up. With Zana it was the first time I’d felt liberated to learn. She’d tell me what she thought, not that I’m right or wrong. 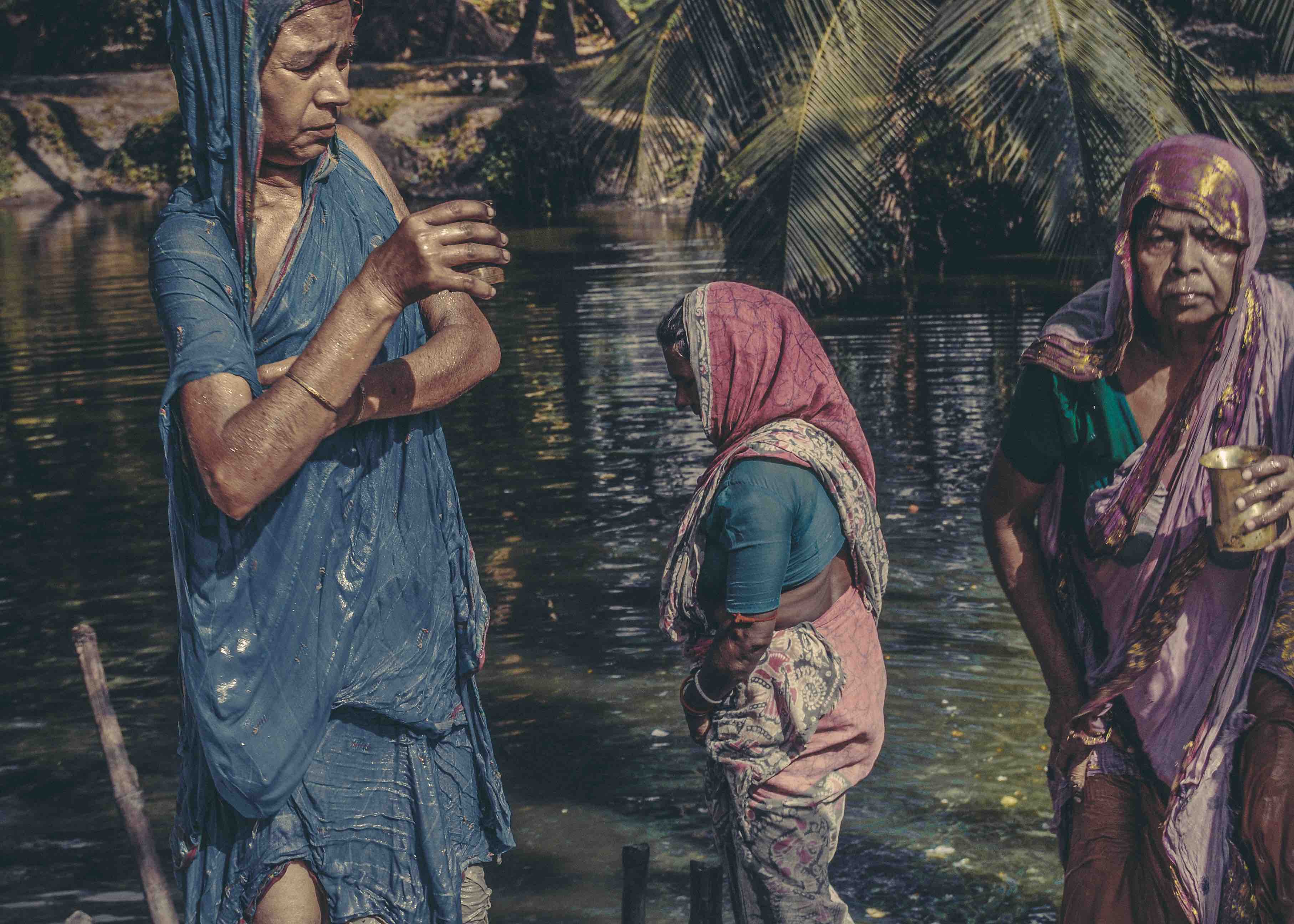 “By 2002, they were done with shooting. Zana put me into a boarding school and I lost touch with her for three years. I didn’t know if she was ever coming back. When Zana did come back years later she told us they’d made a movie – Born into Brothels, which won Sundance and an Academy Award in 2004. But at the time we didn’t know they were making a documentary. They were just guests and they had cameras, we thought they were doing it for their memories. Zana explained that the film had raised a bit of money [the children’s photos were sold at Sotheby’s], and if we wanted to study abroad we could. Everything changed for me; I went to prep school in New Hampshire, and today I live in New York City where I work as a cinematographer. I’m also writing a film about Sonagachi.

“I’ve always been a big street photography fan. I love photographers like Sebastiāo Salgado and Alex Webb. Salgado’s compositions are almost of a painting-like nature. One of the biggest criticisms of his work is that it is too beautiful, but I like that aspect of it because you can do street photography and make it beautiful. It doesn’t have to be gritty. For me an image has to haunt you, it has to stay with you, only then is it an image. Somehow the image has to remain in your system.”

Linkedin
RELATED ARTICLES
OTHER ARTICLES
Through stills, anecdotes and film criticism, a new book examines the portrayal of women’s destructive emotions, reframing it as a challenge to patriarchal structures.
In North Carolina, people are living near to Duke Energy’s Belews Creek Steam Station, where toxins are pumped into the air, water, and soil.
Proponents of personality tests argue that they’re necessary to find the best person for the job – but in practise, they’re often discriminatory.
The photographer describes taking inspiration from Magnum photographers to craft an intimate and revealing portrait of the city.
Jack Lueders-Booth reflects on capturing the community that lived and worked along the city’s busiest railway route during the 1980s.
Max Miechowski reflects on documenting land that is being lost to the sea – and the people who live life on the edge.