Art & Culture / Photography / Half a century of photography with Joel Meyerowitz 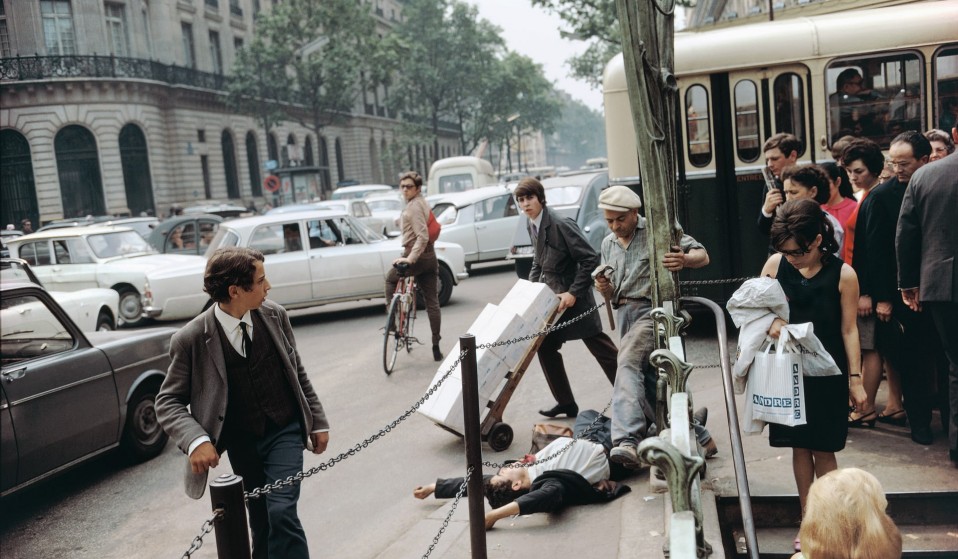 From still lifes and cityscapes to portraits and street shots: the legendary US photographer looks back on his ‘rollercoaster’ legacy.

From still lifes and cityscapes to portraits and street shots: the legendary US photographer looks back on his ‘rollercoaster’ legacy.

At 80 years old, American photographer Joel Meyerowitz is still going strong, forging a singular path that has taken him around the globe several times over. Hailing from East Bronx, Meyerowitz began his career as a street photographer, capturing the curious, quirky moments that reveal themselves as quickly as they disappear.

Today, Meyerowitz now finds himself living on a farm in Tuscany, amassing an archive of 50,000 photographs in just about every genre imaginable. “How come I found myself here, living in Italy and making still lifes when I am a street photographer Jew form New York City? What am I doing here?” Meyerowitz laughs.

He set out to answer this question in Where I Find Myself (Laurence King), a career retrospective presented in reverse chronological order. Here, Meyerowitz takes us on a magical journey from the present into the past, guiding us through the many chapters of his well-lived life. 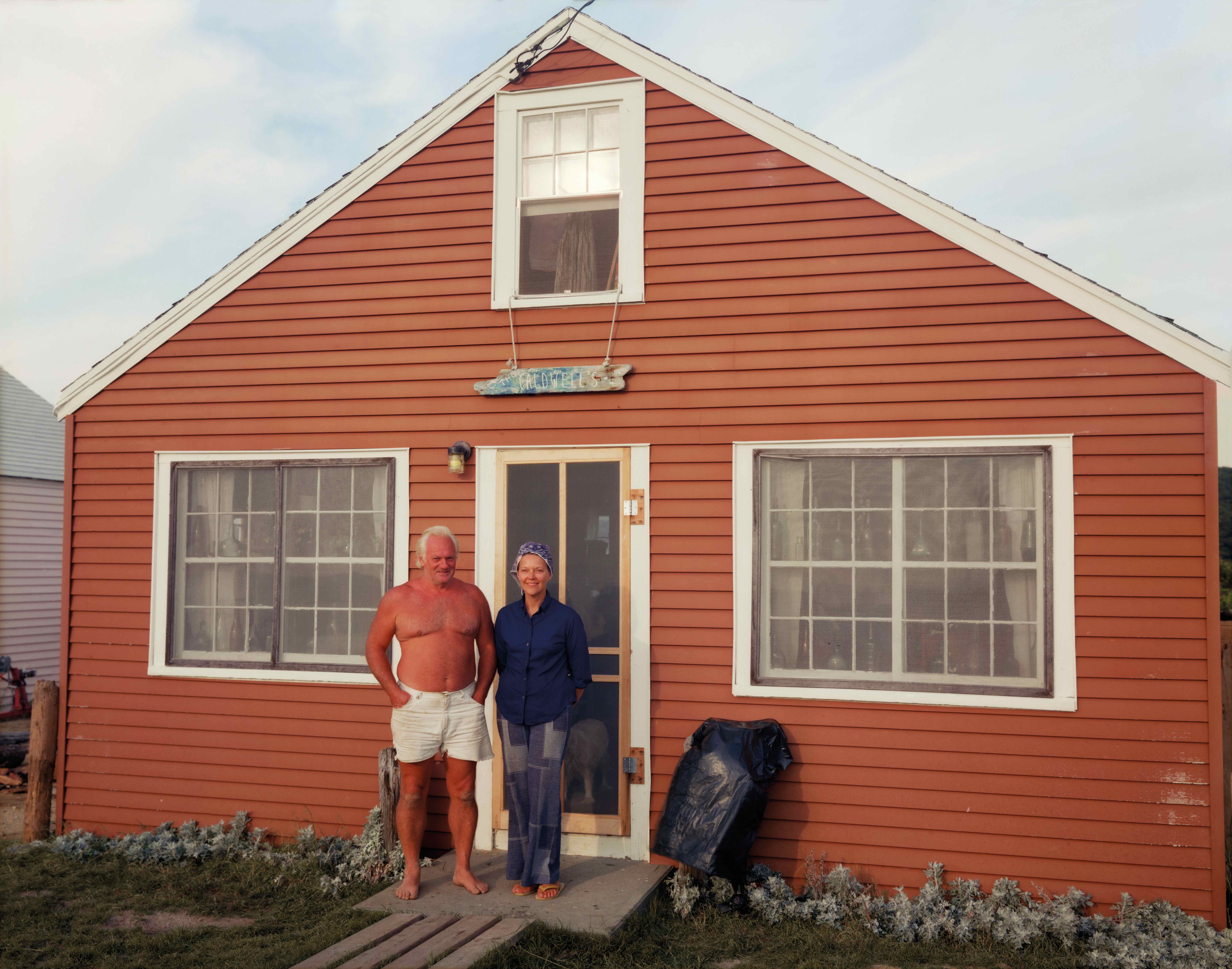 Rather than make a collection of greatest hits, he set out to show what he describes as “the twists and turns, the failures and the cul de sacs, all the things that happened along the way: the story of a life in photography. When you look back through all of the different passages in your life, they all seem to line up in very interesting ways. If you start from the beginning when you are a young artist, you can’t see what your path is going to be.”

Where I Find Myself reveals Meyerowitz’s path from still lifes, landscapes, cityscapes, and scenes of Ground Zero immediately following 9/11 to portraits, road trips, street photographs, and a body of colour work long ahead of most anyone else. 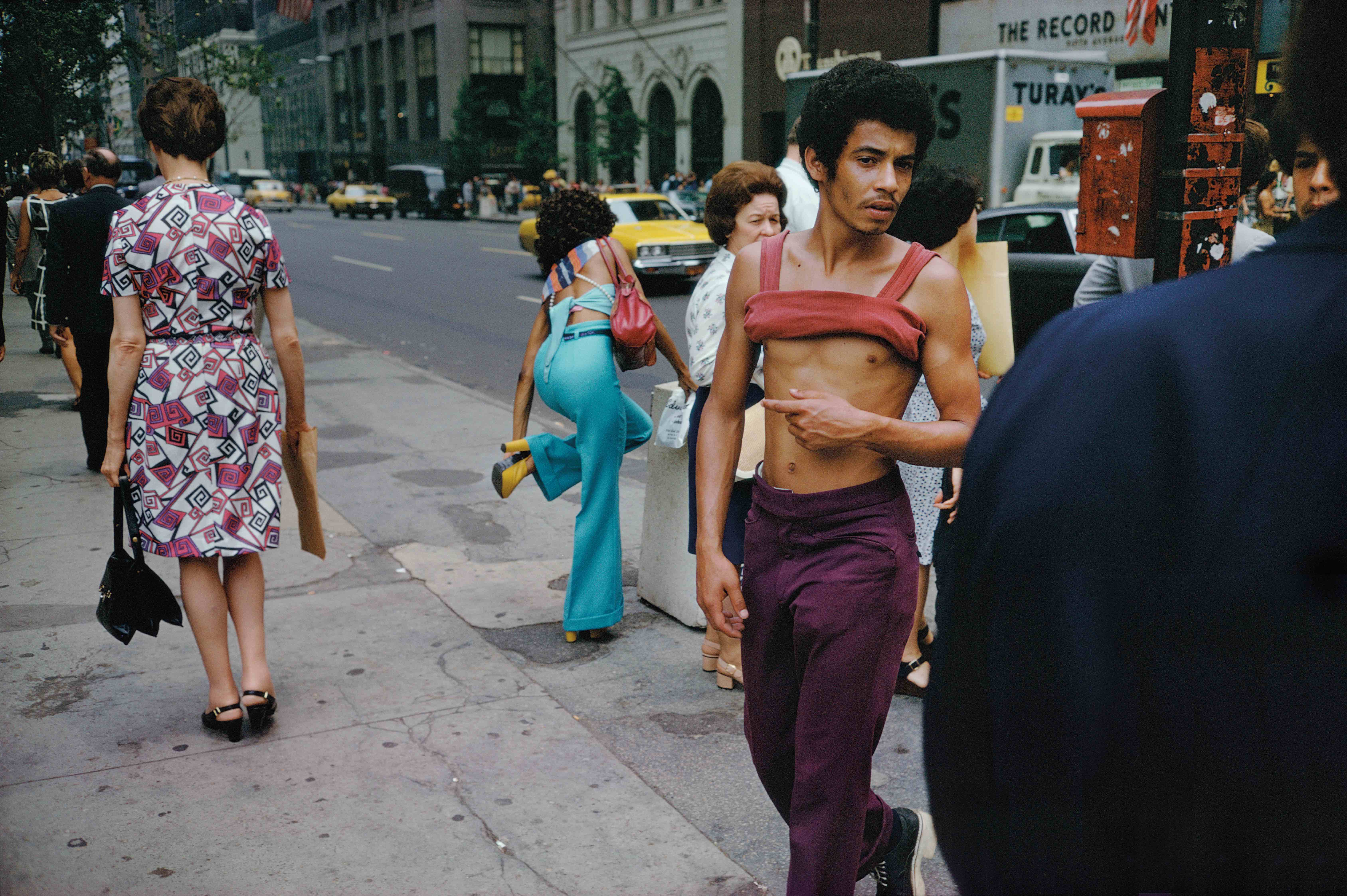 “I love this medium,” the photographer exudes. “Everything I know about the world around me and myself has really come from serving it.” Meyerowitz got his start as a printer and a graduate student in art history at a time when most of his friends were action painters and Abstract Expressionists.

“When I said I was going to be a photographer, they looked [at me] like I was crazy,” he remembers. “We were the untouchables because we used a machine, but it didn’t matter. I understood something about the risk of photographing, about time and movement, the instantaneity of things, and how it was about perception in the fraction of a second, consciousness in a fraction of a second, and these things were of incredible value to me. My innocence was to work with colour because I didn’t have a prejudice.” 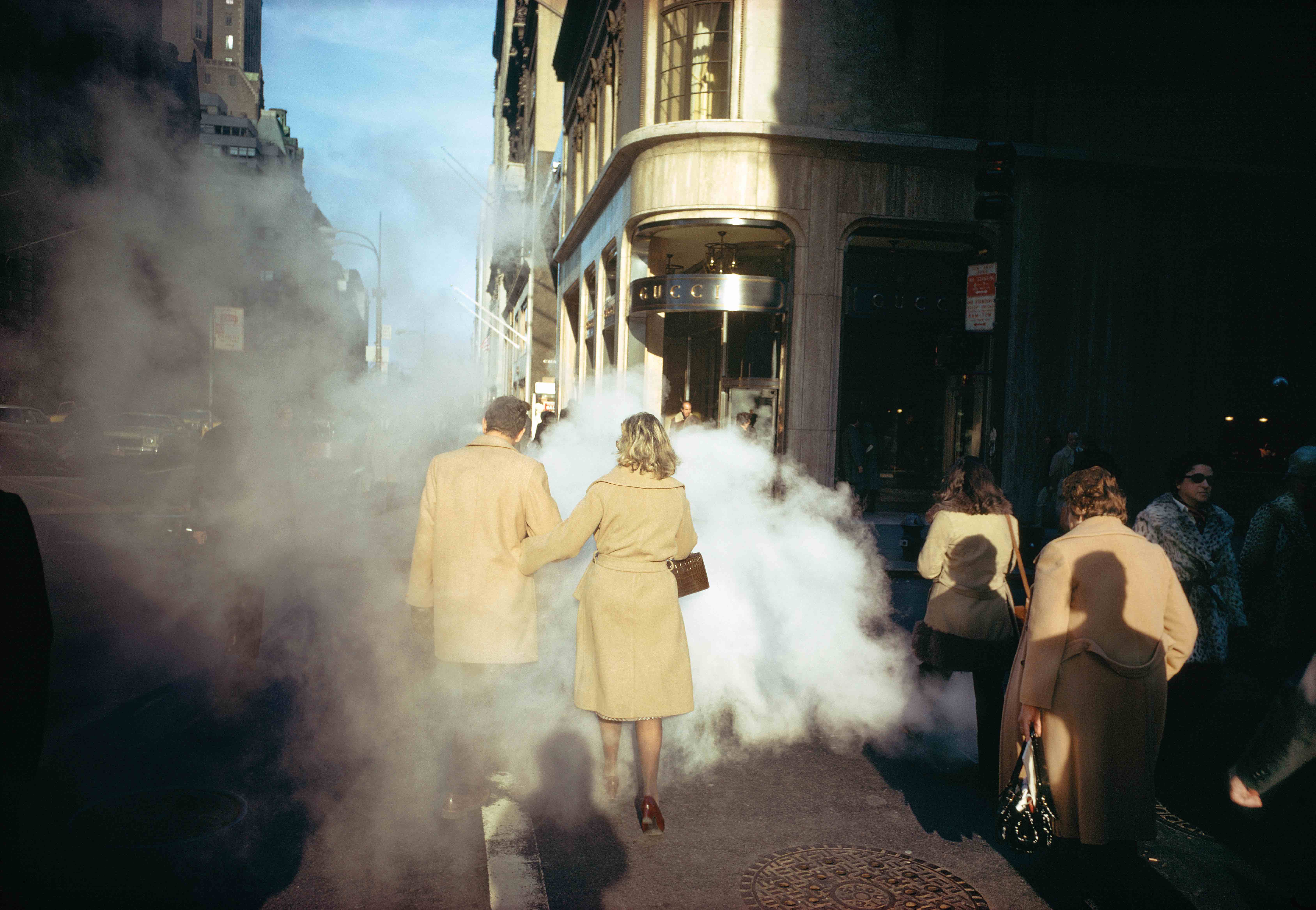 The artist describes the early years of his career as “like riding the rollercoaster.”

“It was a thrilling challenging rid because the time was so open-ended because there was no commercial or celebrity fame around photography,” he recalls. “It was a free system. You did it for love of medium – and if you serve the medium the lessons come to you. It’s Zen in a way. The medium is the guru and you get the message from the medium itself.” 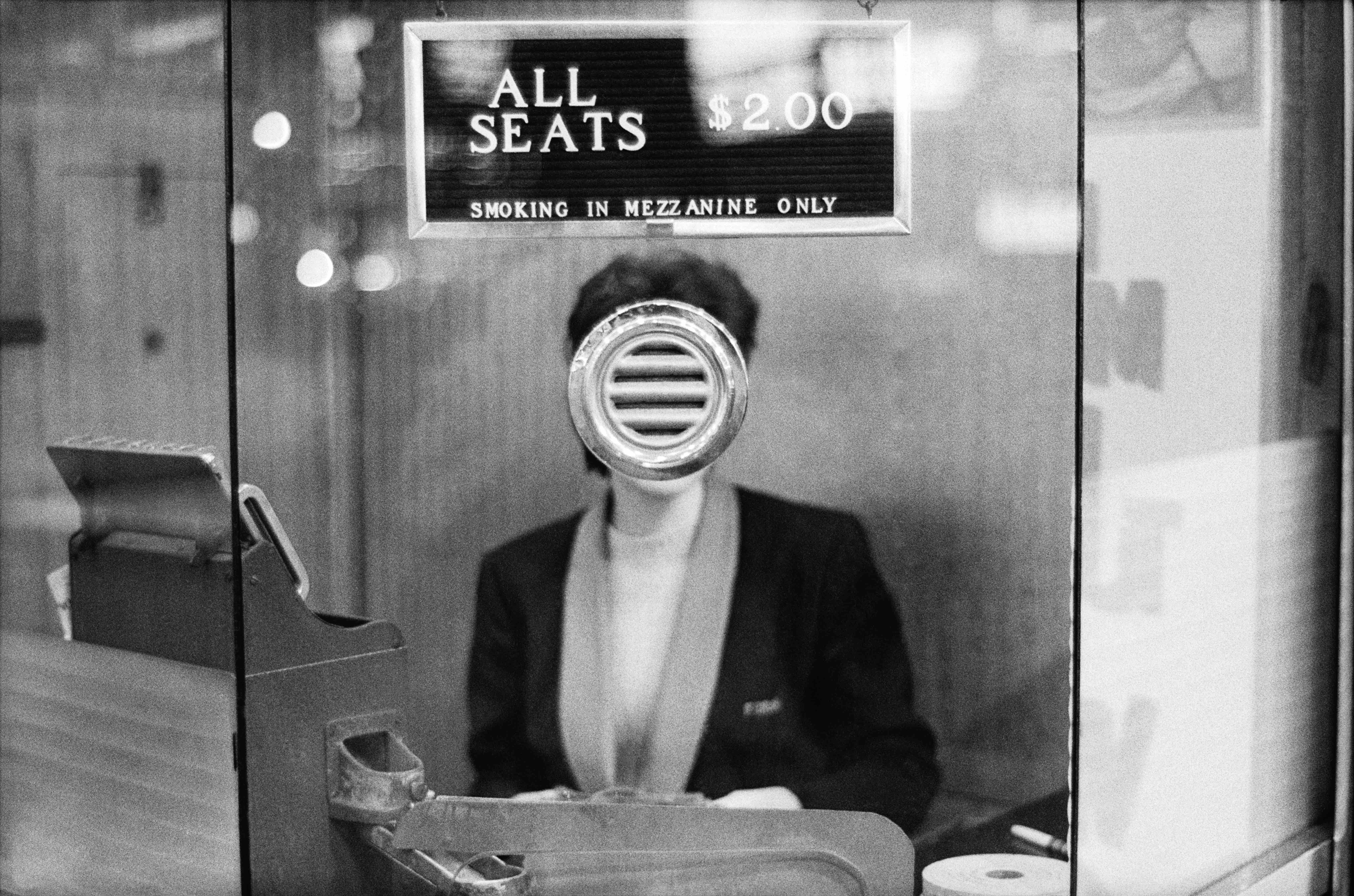 This message revealed itself in the physicality of the form, of the tempo and rhythm of the photographer’s hand-eye coordination. “I am very physical, I play ball, I dance, I knew how to move, and photography is about movement,” he explains.

For Meyerowitz, photography “was like a leap into a new time, space realm where you could watch the reality play in front of you like a film but you’re always looking at the high moments where the action is exquisitely told and the action lasts for a few hundredths of a second: BOOM! BOOM! BOOM! Everything was disappearing and only the camera and its perception of the moment could hold on to it.” 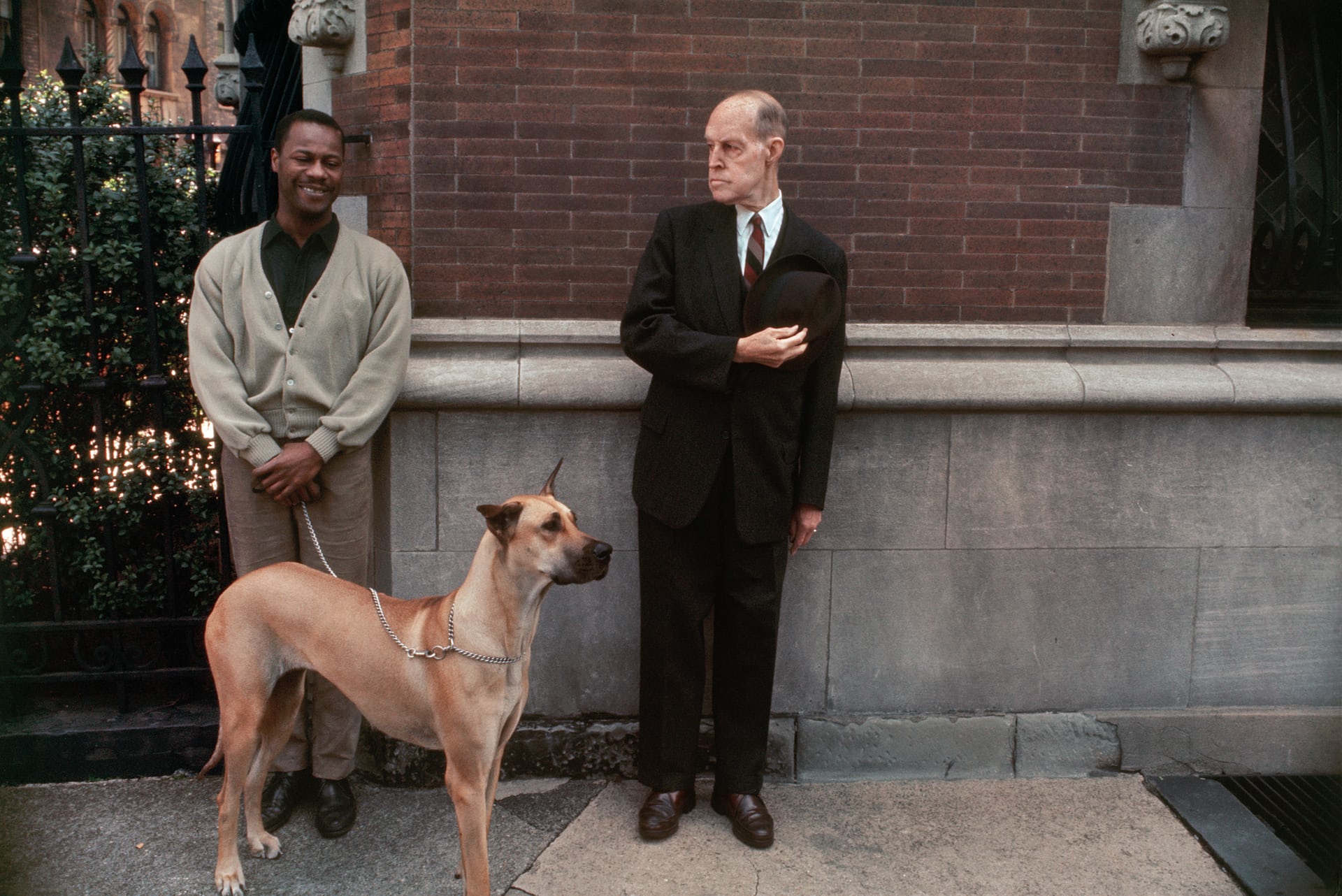 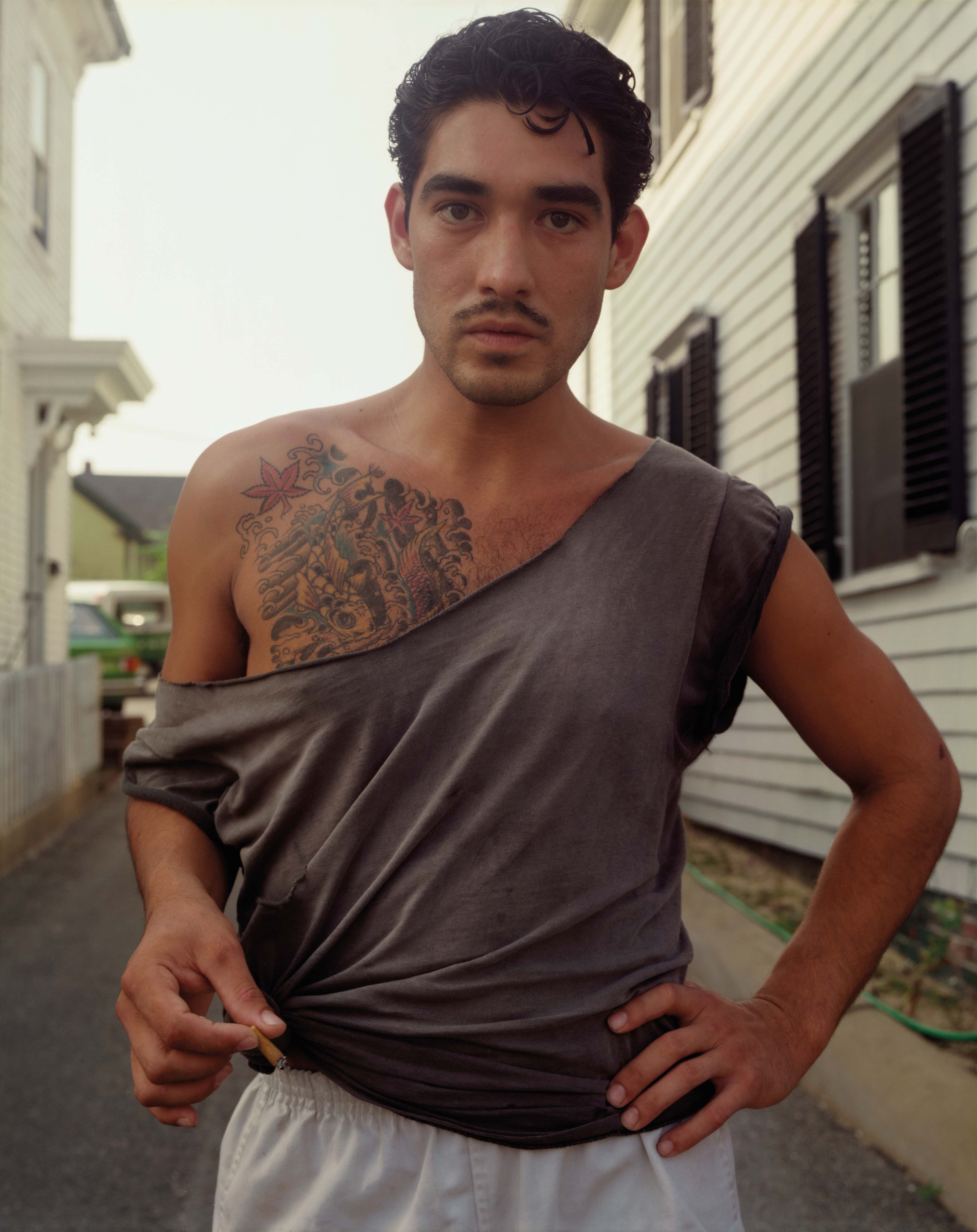 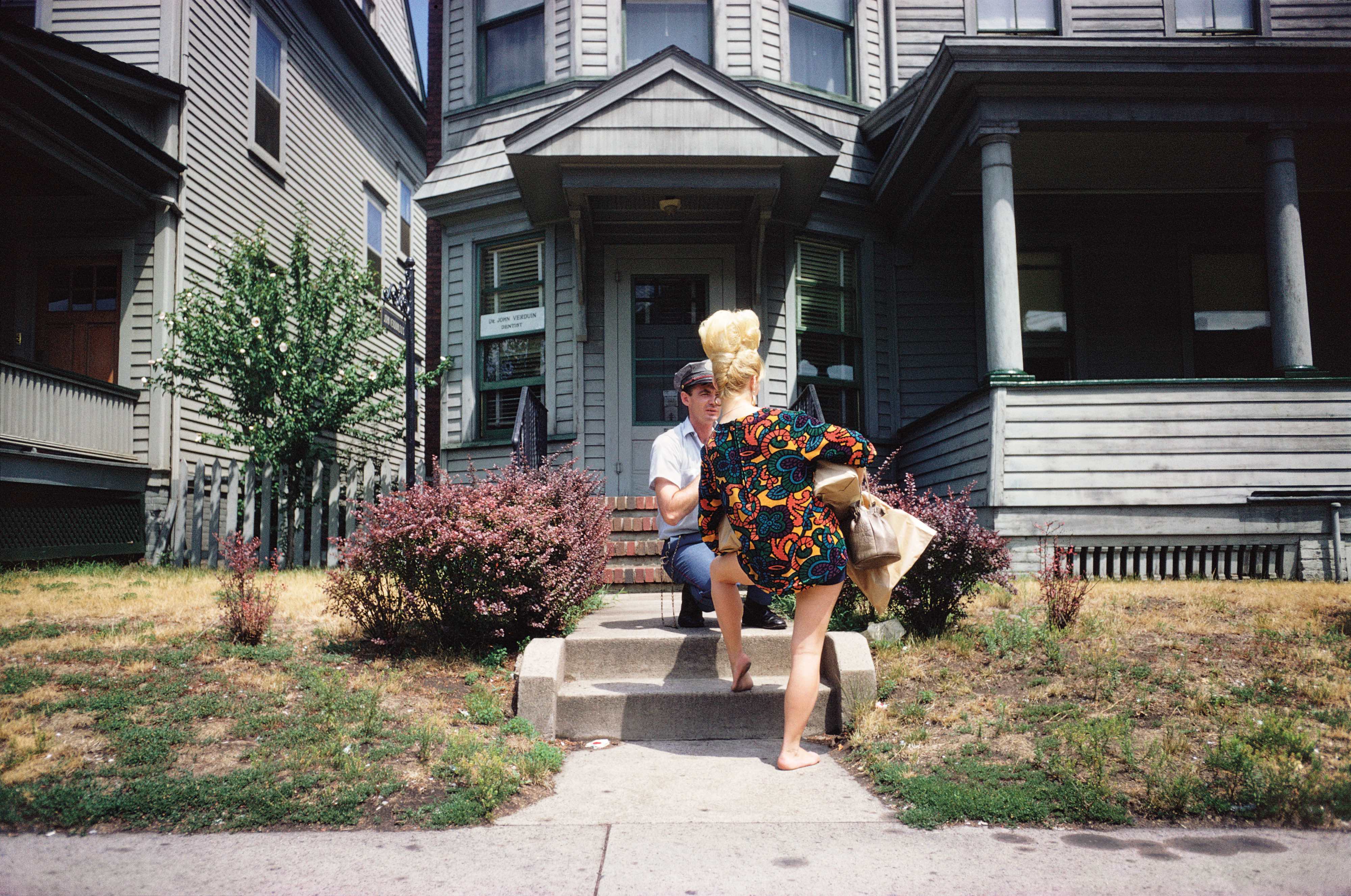 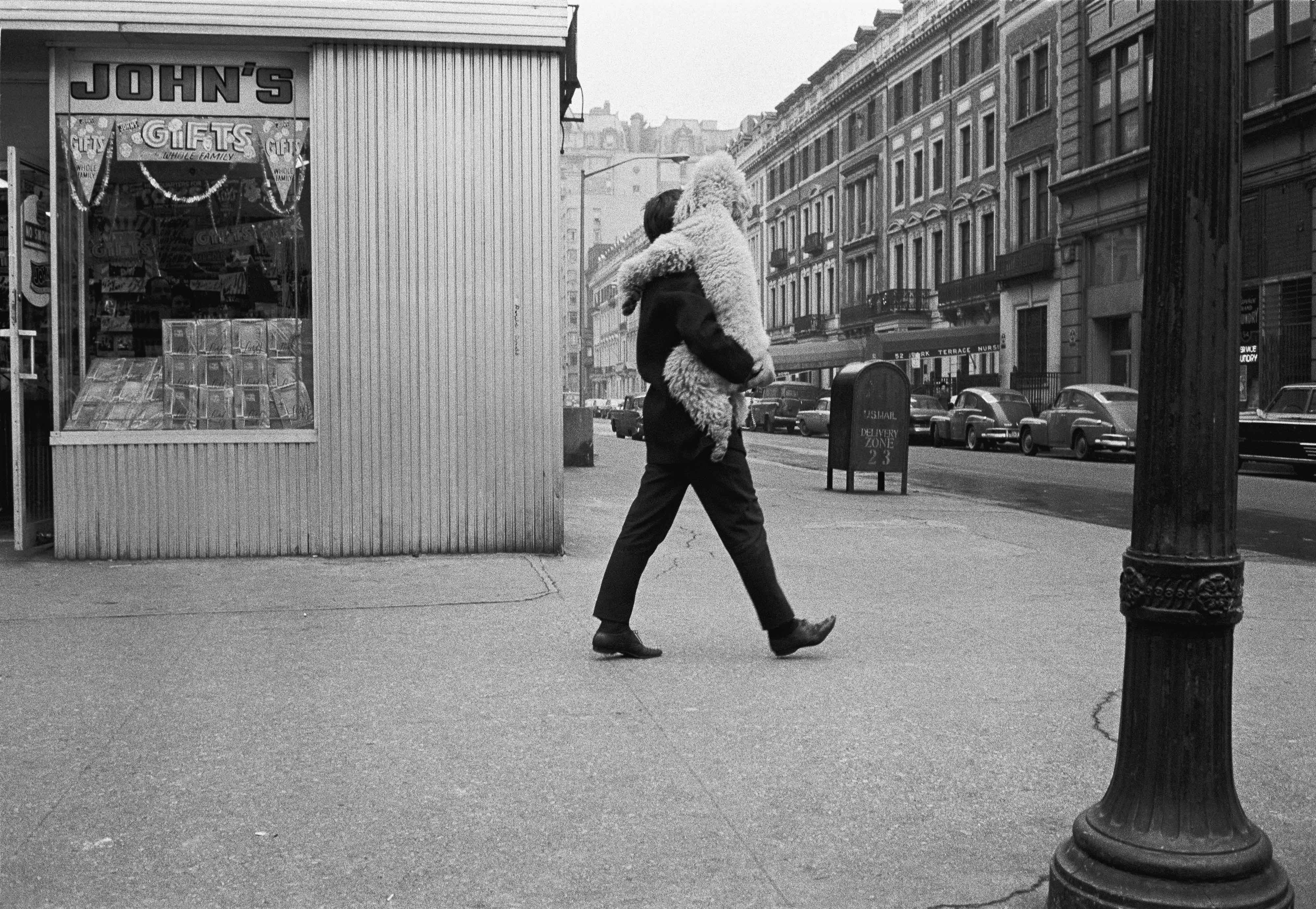 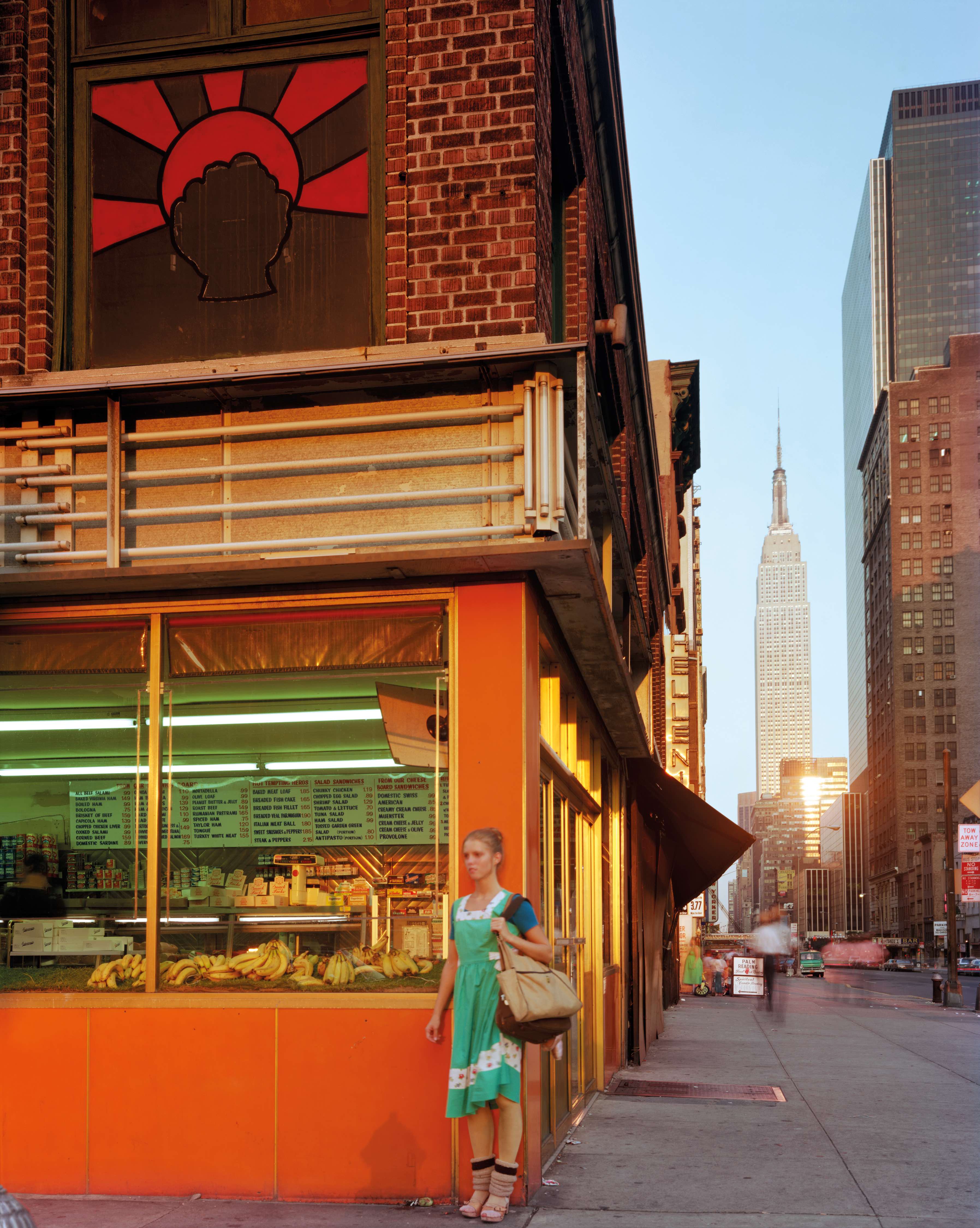 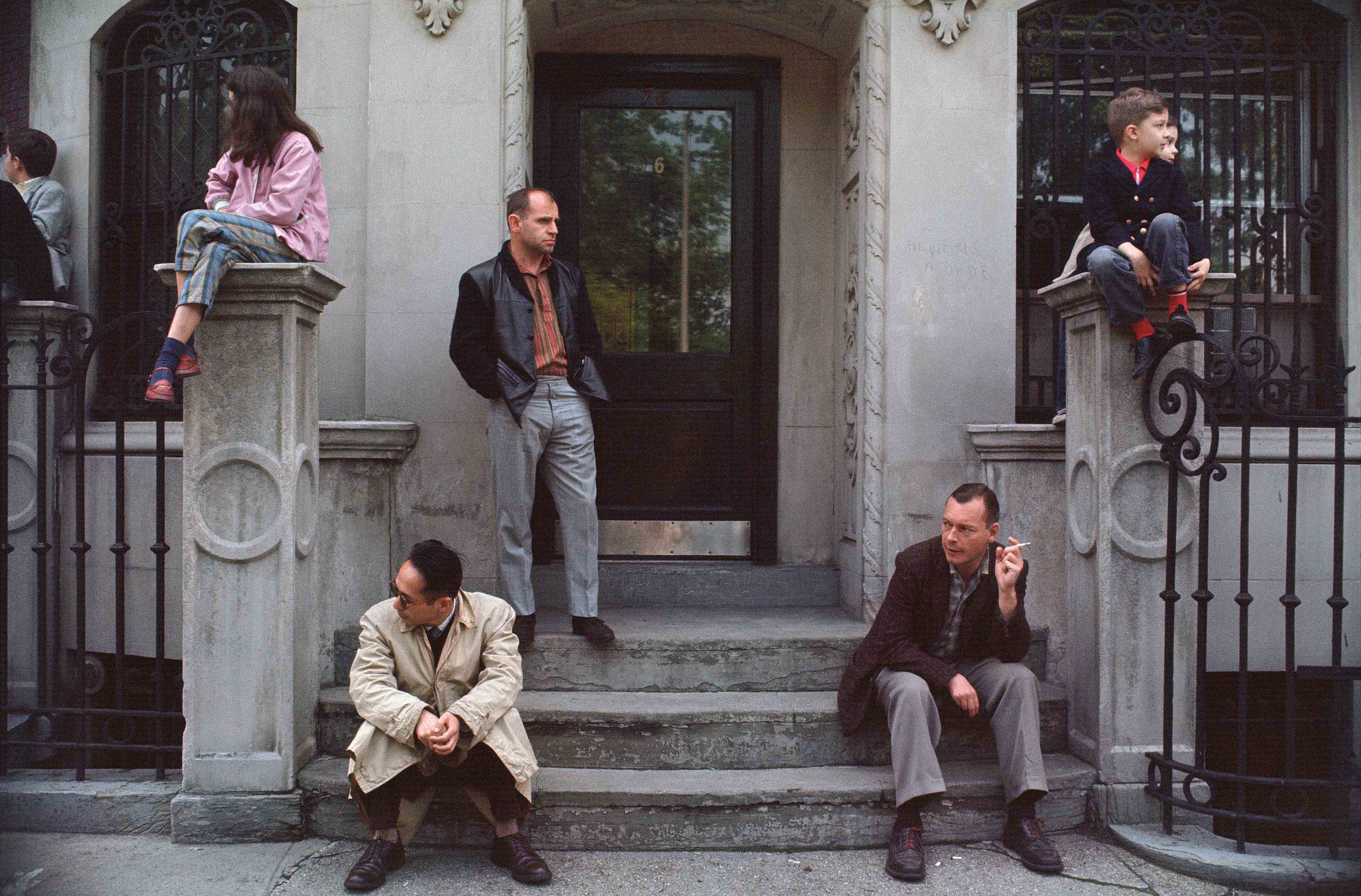 Joel Meyerowtiz is currently teaching a Masters of Photography course.

Linkedin
RELATED ARTICLES
OTHER ARTICLES
The two-day long event returned to London this year, showcasing a spectacular parade, steel bands and Caribbean food.
A group of young Palestinians have found temporary freedom in the act of parkour, reimagining wreckage and ruins as a series of high-octane playgrounds.
Cindy Campbell recounts how her brother ushered in a new era of musical culture at a party she held in the Bronx in ‘70s.
Following the announcement of an 80% hike in the energy price cap from 1st October, crowds gathered outside the offices of energy regulator Ofgem to protest and declare their intention to undertake a payment strike.
Financial turmoil is pushing people who work in the sex industry into more dangerous and desperate situations as a means of survival.
Rhiannon Adam spent three months capturing an ageing society wracked by division, isolation, and the aftermath of scandal.