Issue Archive / The everyday beauty of Manila, like you’ve never seen it before 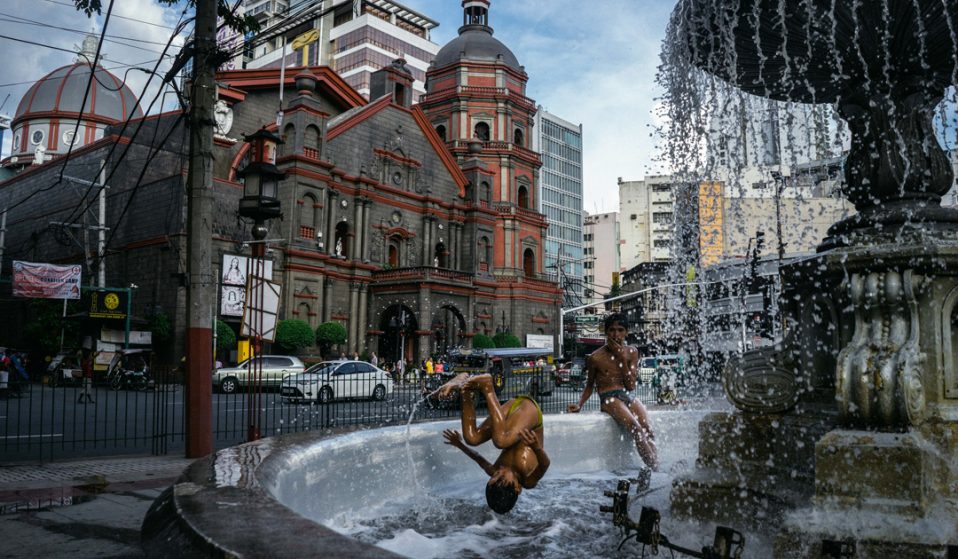 In a place where fear and violence have become normalised, photographer Hannah Reyes Morales has been seeking out moments of tenderness amid the adversity.

Against the backdrop of a drug war, where fear and violence have become normalised, photographer Hannah Reyes Morales has been seeking out moments of tenderness amid the adversity... while learning to understand the place that’s shaped her.

I’ve been thinking a lot about what home means. Growing up, home was a small space in Manila, my side of a shared bed. Home was constant chatter and shared prayers with family. But home was also a place of trauma.

I developed my project Invisible Cities carrying this understanding with me. When President Rodrigo Duterte’s drug war hit, the Philippines was represented by images of death, blood and violence – important images which helped move the needle in local discussions on human rights.

But I knew that there was a gap in the conversation: an understanding of how it affected everyday life. I also knew from personal experience that with trauma comes a natural inclination to form narratives – a framework that will make sense of the trauma. 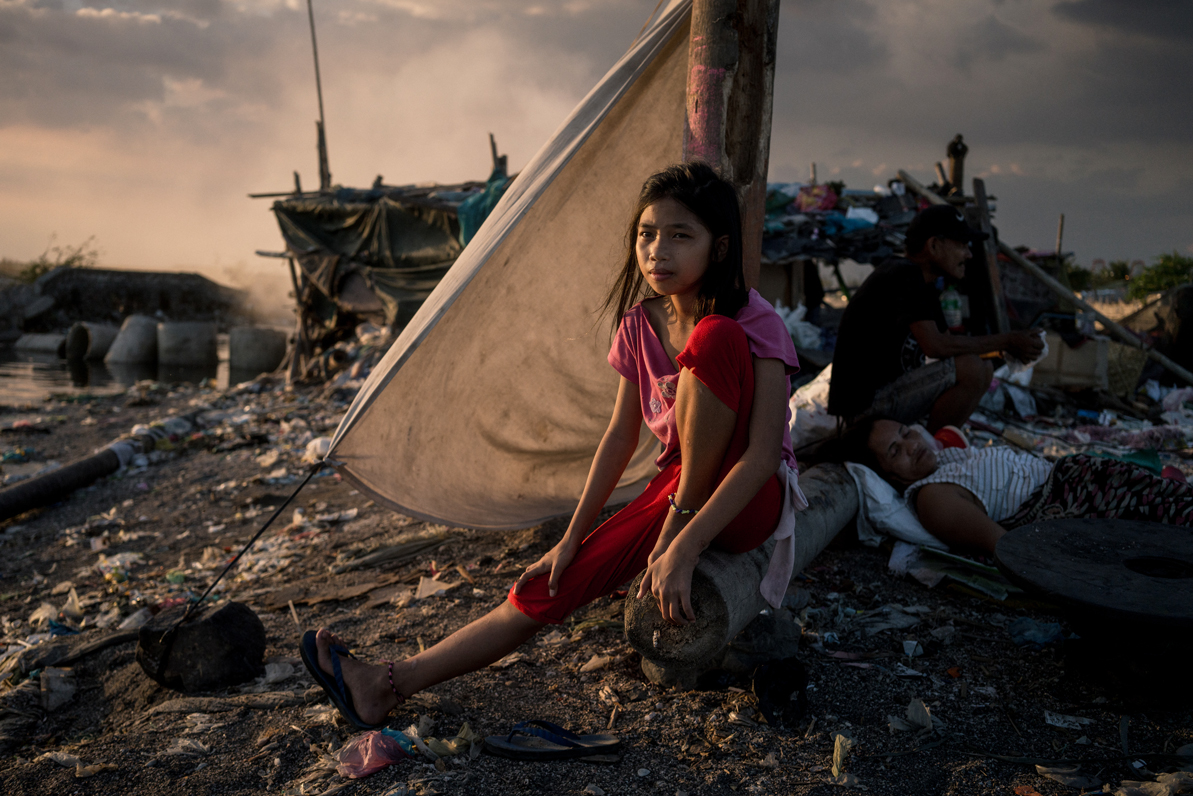 So I began to focus on the routine existence that has to carry on in the face of violence, exploring how communities keep going when “normal” means killings and fear.

I also started doing research about the history of Manila’s slums and learned that, before the drug war, “beautification” efforts were made to cover up these shanties. Lives mattered less in these spaces, even back then.

Today, regard for human dignity seems to thin as you cross over to this part of the city and yet… I feel so much closer to the heart of the Philippines there. 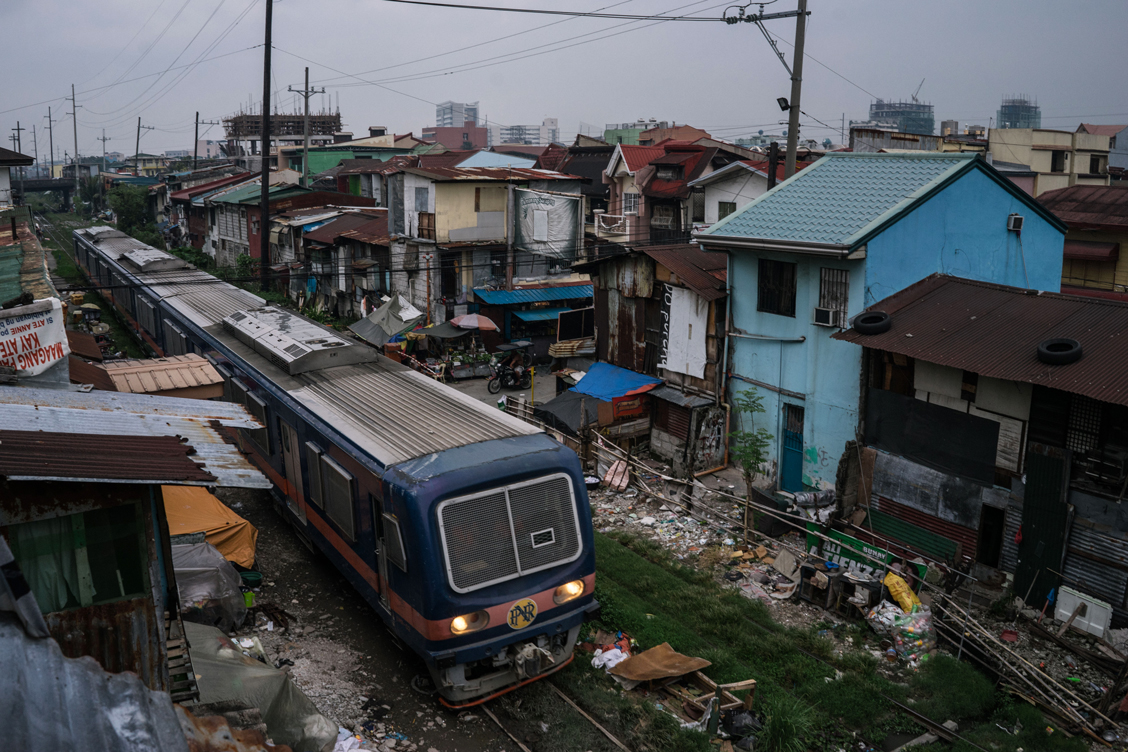 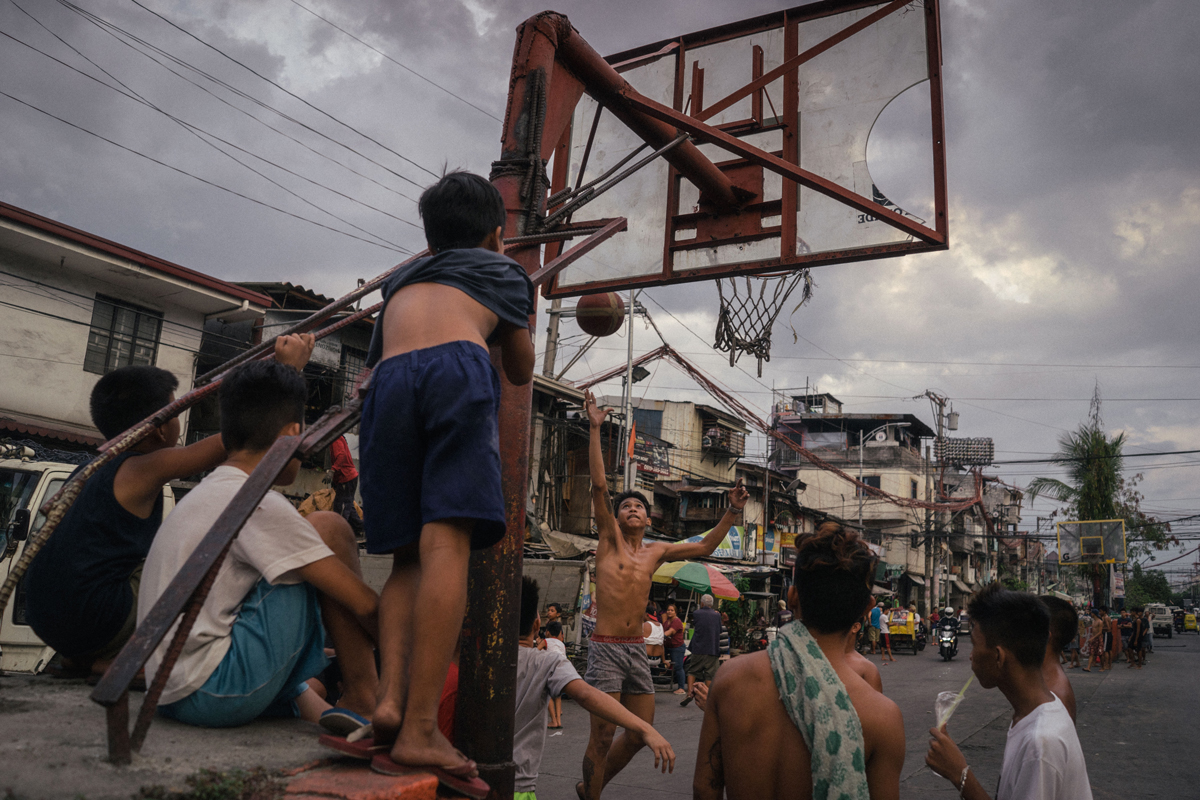 Manila’s slums are home to millions of people from all over the 7,107 islands that make up our archipelago. It amounts to a patchwork of migrants who have left their quiet lives in the province to chase dreams in a megacity – making the slums both a microcosm of our country and the point where most of its violence is inflicted.

A turning point in my understanding came while documenting one of these communities for The Washington Post. Midway through working on a story, masked men with guns appeared and rounded up residents.

The whole community fell silent and knew exactly how to behave. They guided me while I was shaking with fear, trying to figure out how to hide my equipment. 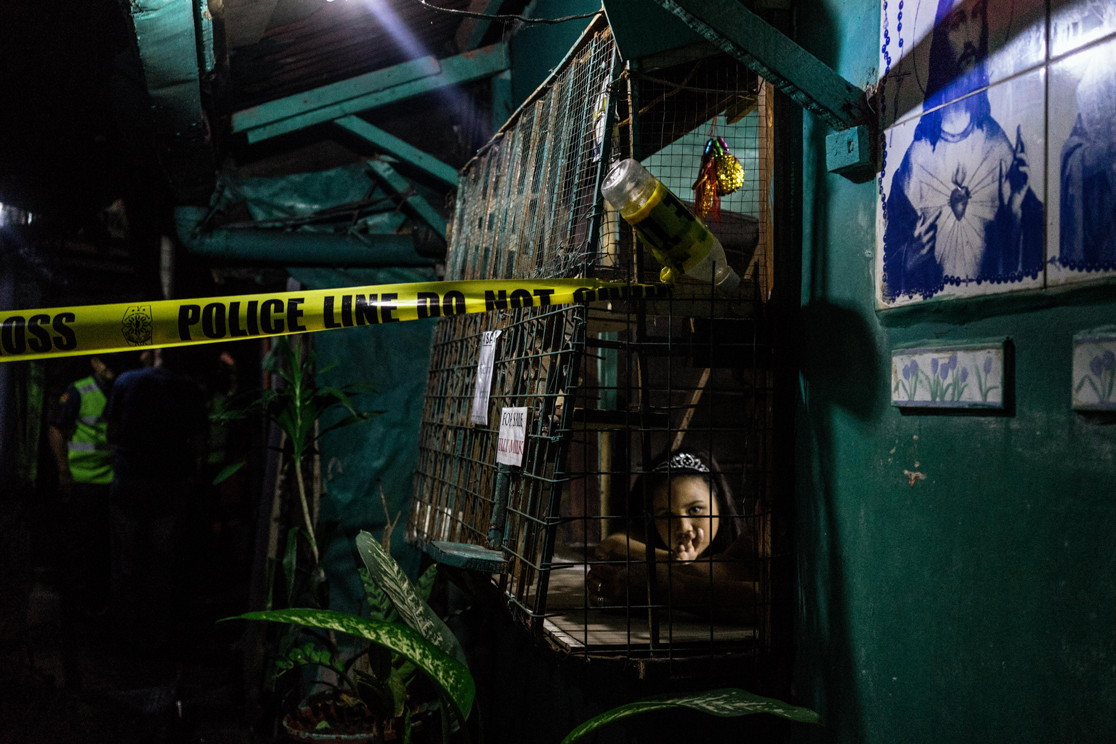 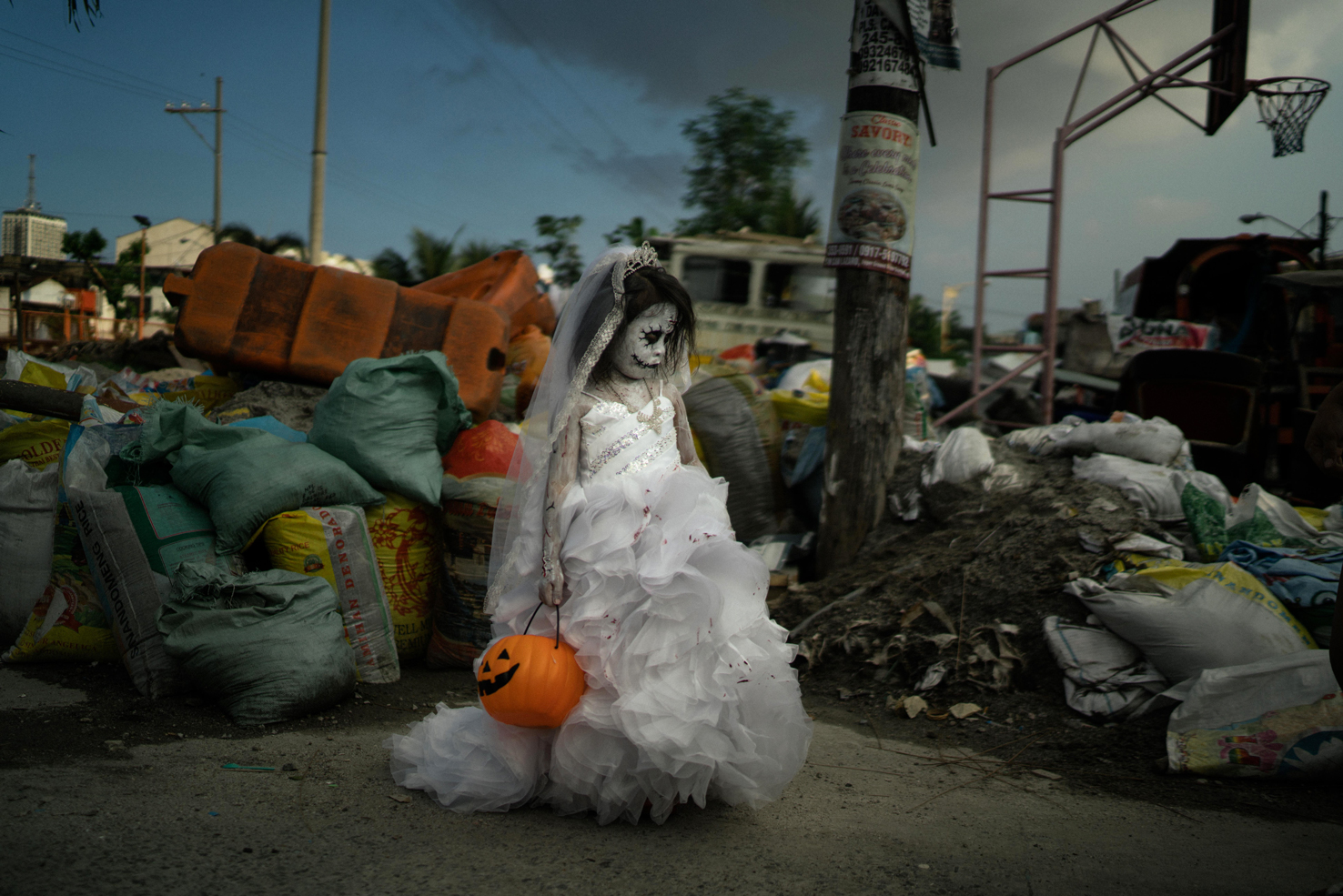 As soon as the men left, the karaoke machines went back on as if nothing had happened. It was a jarring lesson in how we express our resilience as Filipinos.

The title Invisible Cities is inspired by a quote from Italo Calvino’s book of the same name. One particular passage resonated with me so much that I try to keep it in mind when I do this work: “The inferno of the living is not something that will be; if there is one, it is what is already here, the inferno where we live every day, that we form by being together.”

There are two ways to escape suffering from it, Calvino goes on. The easier option is to simply accept the inferno, to become part of it until you can no longer see any dividing lines. The second option is far riskier and demands constant vigilance: it’s learning to spot who and what – in the midst of it all – are not a part of the inferno, and then giving them enough space to endure. 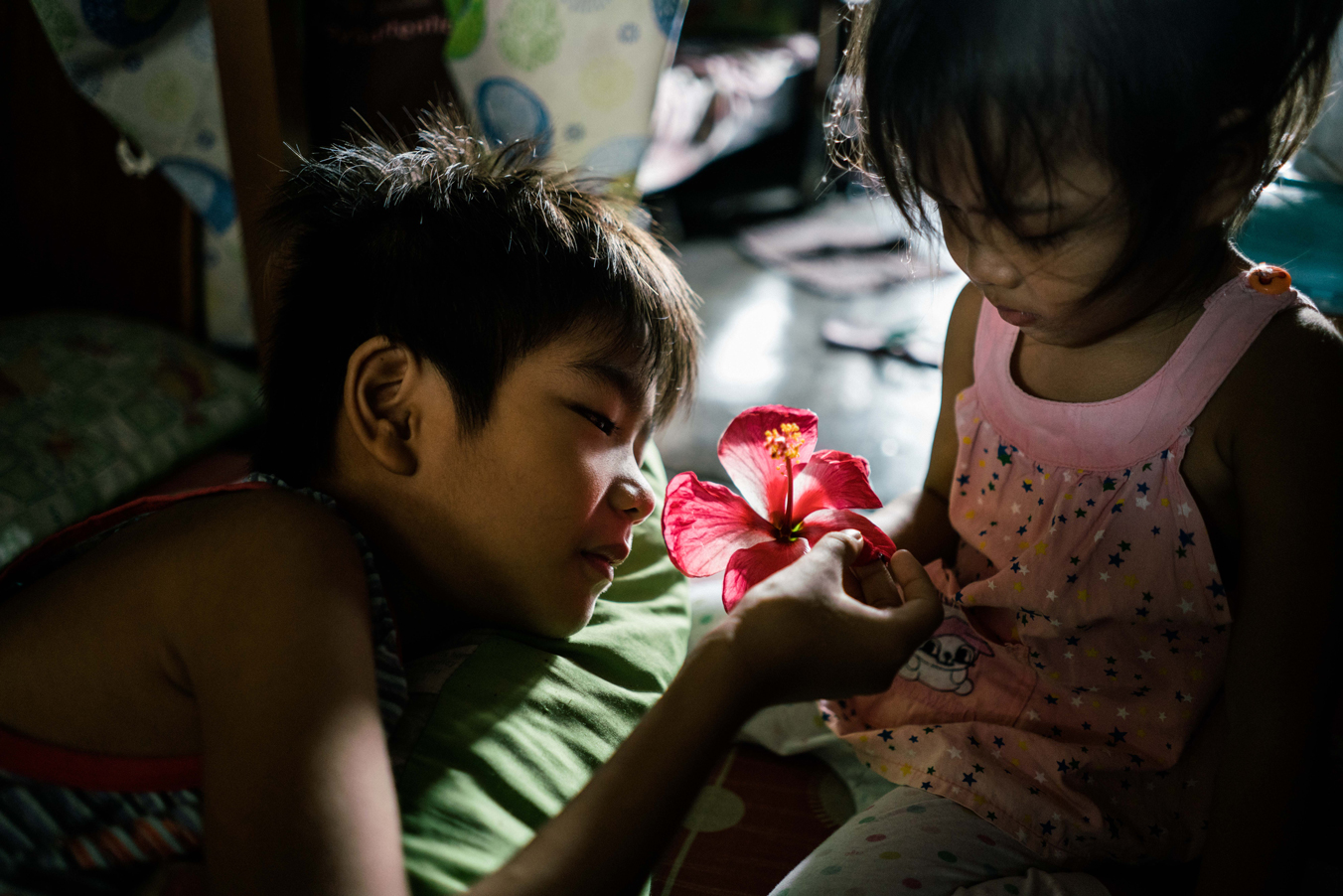 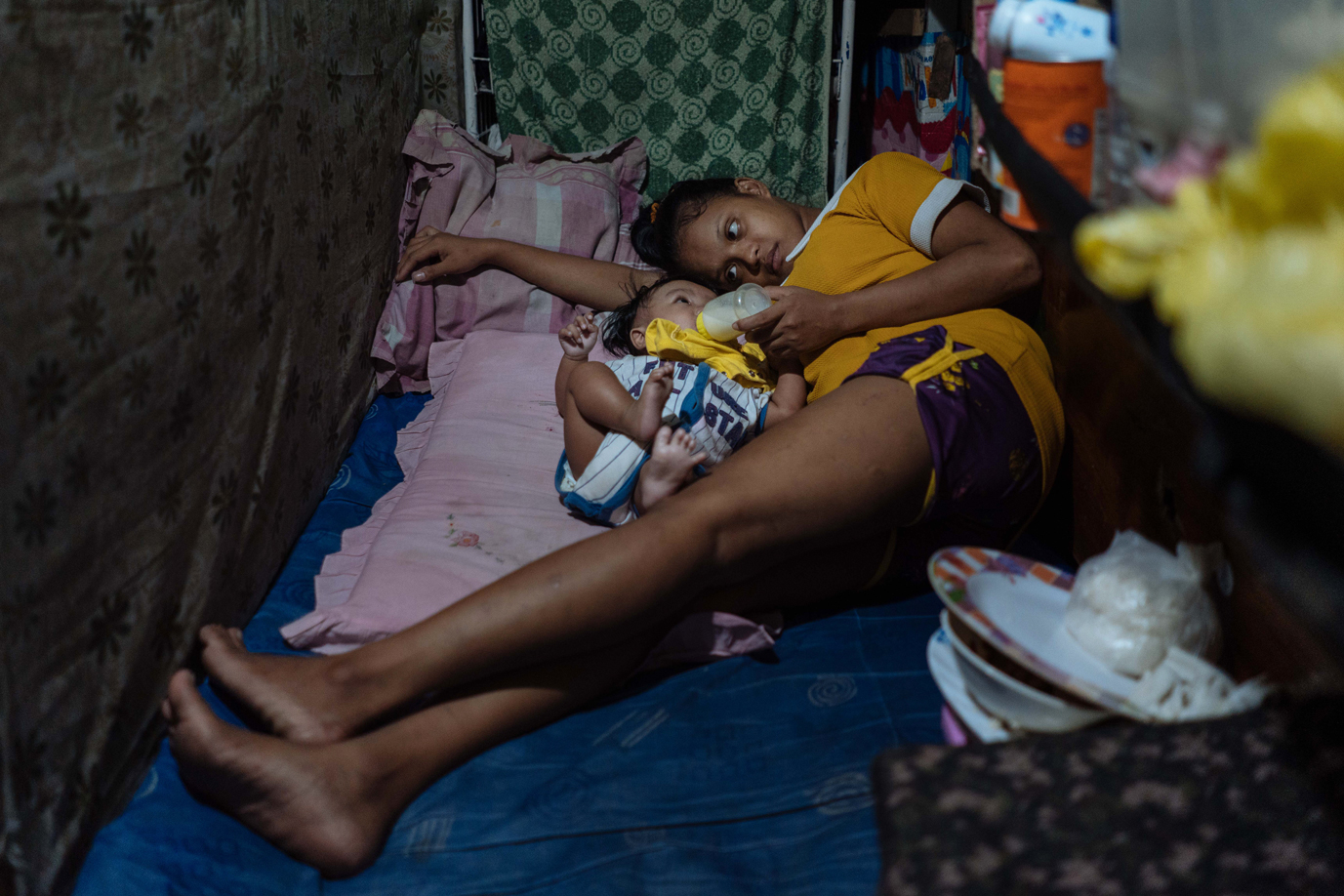 To put it another way, there is tenderness amid adversity and it’s important to bear witness to those moments too. It took time for me to recover from my own trauma after going through sexual assault as a young girl.

But from the start I knew that I didn’t want to be another blacked-out image of a woman. I wanted to express how whole I was, how what I went through was part of my humanity.

I find the best way to grasp these ideas of survival and notions of ‘home’ is through my work. This project feels especially important to me because when I first started photography, I thought I would use it to escape home. 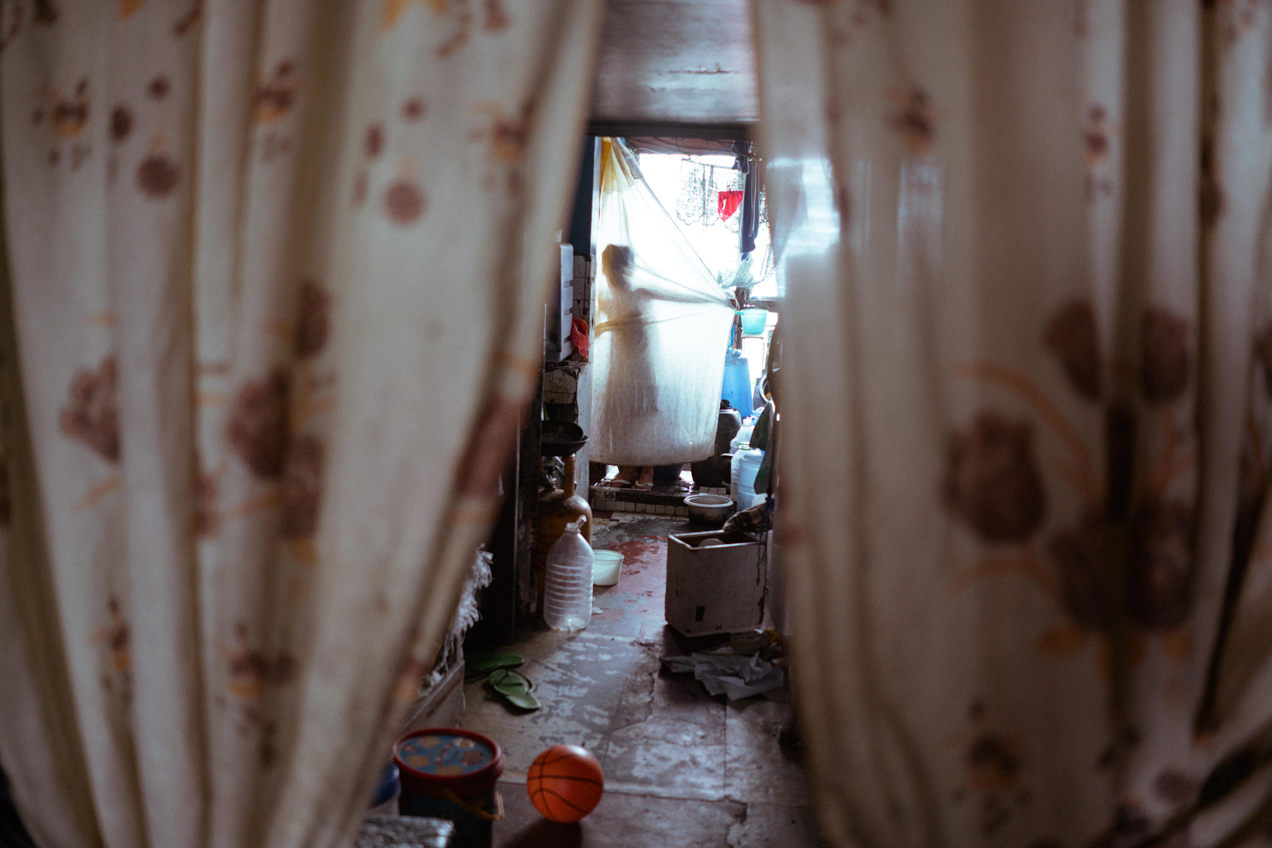 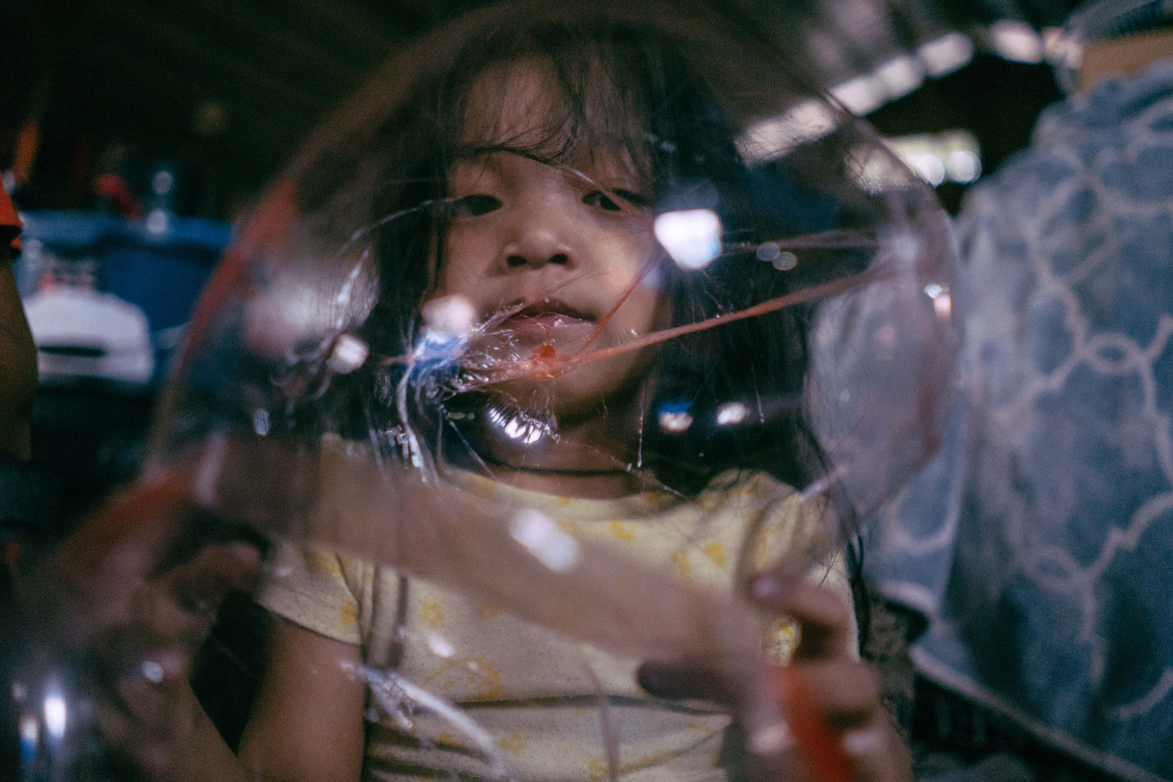 But when I leave to tell stories, I become an artefact from home: a living representation of the Manila that shaped me, the vantage point from which I see the world. It felt important to truly understand the place.

And through entering the homes that my society has deemed unworthy, and then finding moments of grace there, I feel like I know a little more about home. Home is not just what happened to you – home is something you build.

Linkedin
RELATED ARTICLES
OTHER ARTICLES
The two-day long event returned to London this year, showcasing a spectacular parade, steel bands and Caribbean food.
Birdy Chu reflects on documenting the historic moment in which the territory was formally passed back from the UK to China.
For over a decade, gamblers have won big by employing people to place live bets from the court. But does this dubious method still work?
Following the announcement of an 80% hike in the energy price cap from 1st October, crowds gathered outside the offices of energy regulator Ofgem to protest and declare their intention to undertake a payment strike.
Cindy Campbell recounts how her brother ushered in a new era of musical culture at a party she held in the Bronx in ‘70s.
The idea that a younger generation is abandoning work has become a popular narrative online, but it doesn’t necessarily reflect reality.