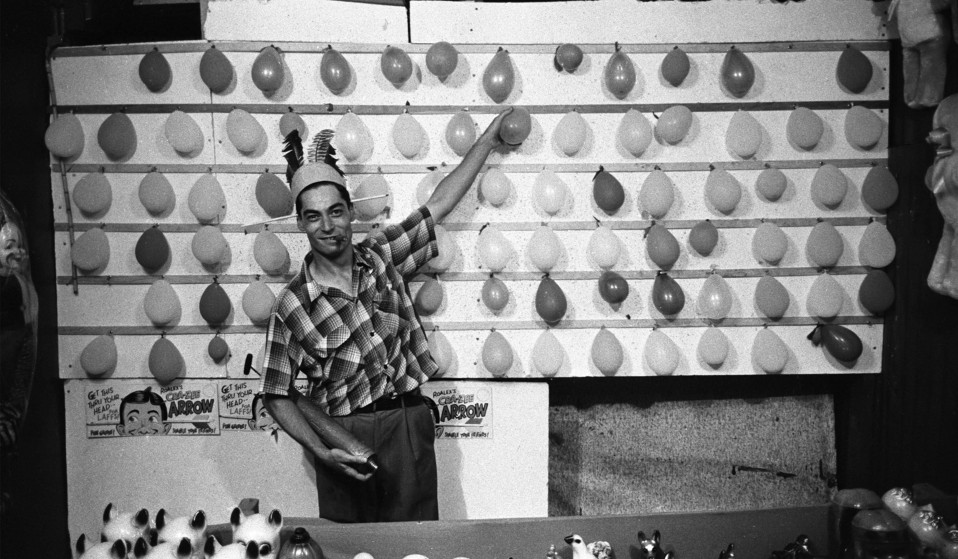 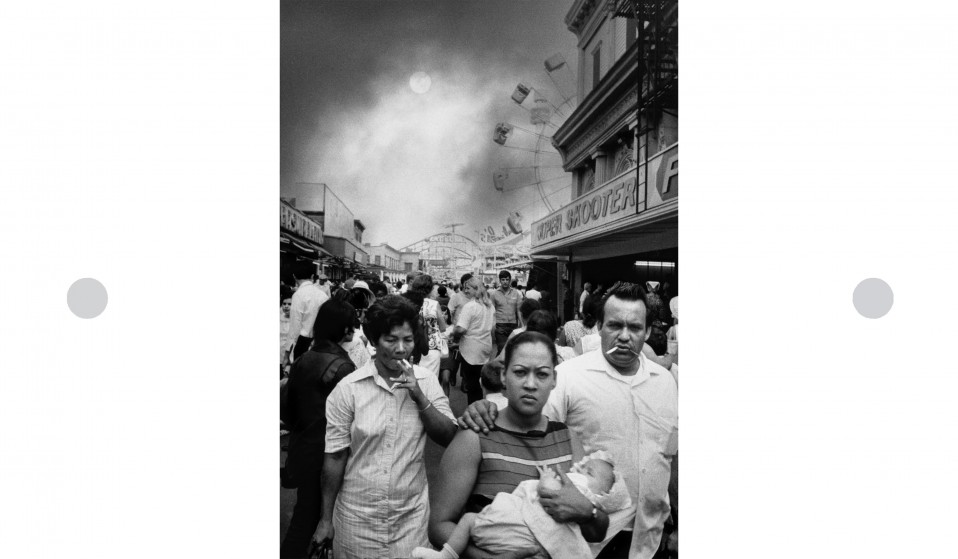 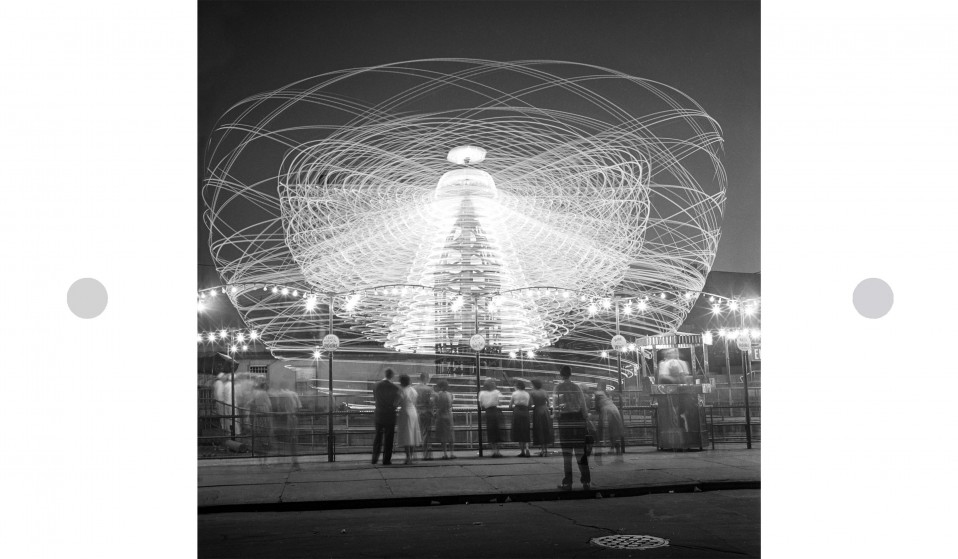 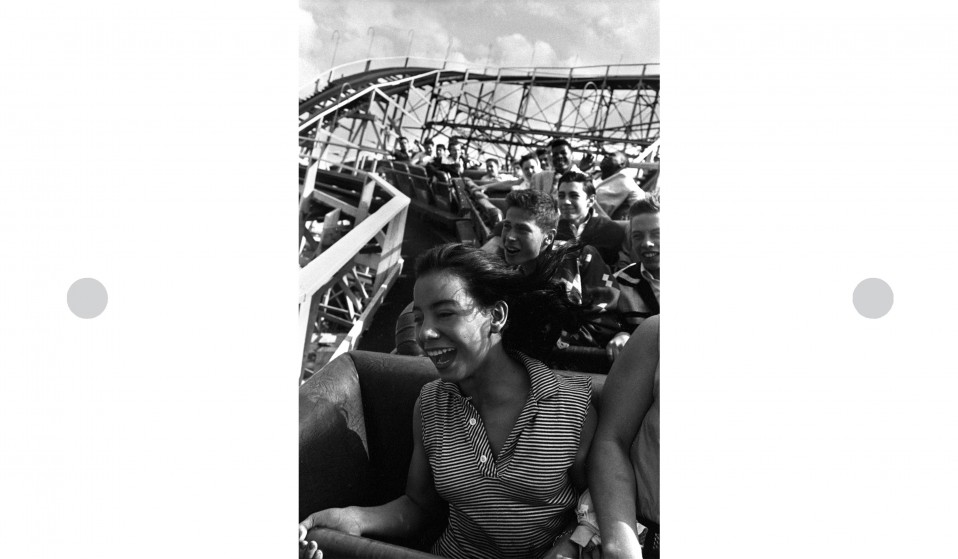 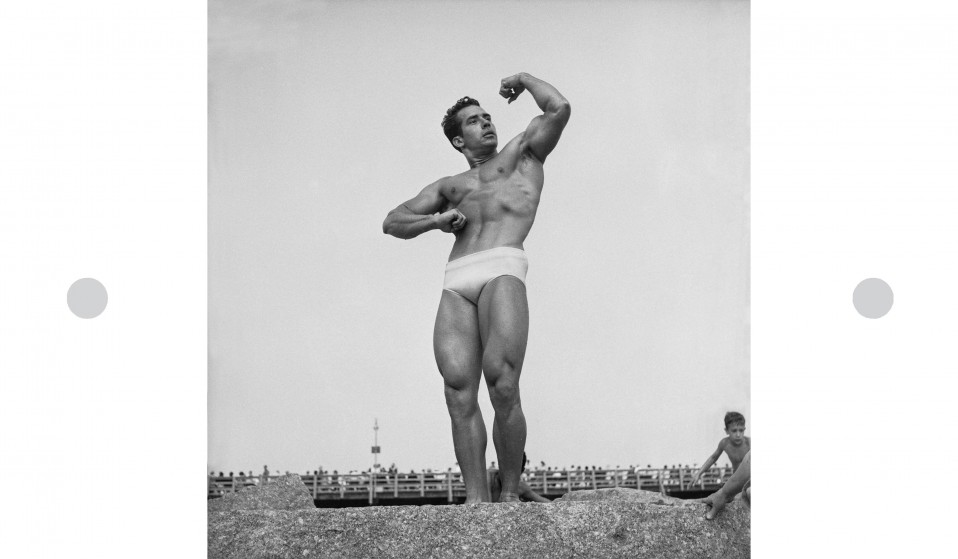 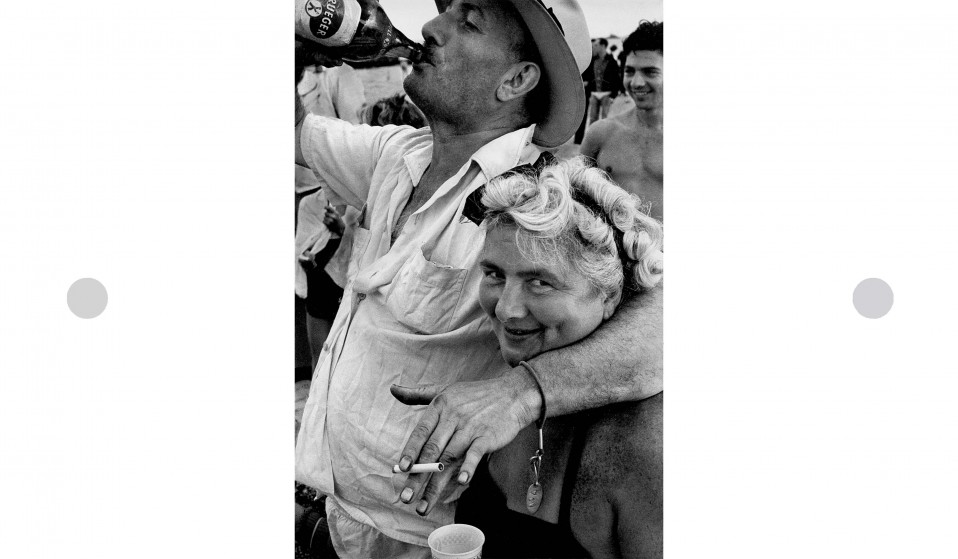 Sometimes the hardest place to understand is the one where you’re from. Before his death in June 2015, photographer Harold Feinstein explained how he found inspiration just outside his front door.

Sometimes the hardest place to understand is the one where you’re from. Before his death in June 2015, photographer Harold Feinstein explained how he found inspiration just outside his front door.

“I never really thought about choosing a place deliberately. I just wanted to take pictures and went about doing that by picking up a Rollieflex, to begin with, and taking it with me to Coney Island, which was kind of like my home growing up.

“Sometimes people travel to far-off places and that’s great too. I’ve done that. But, I think the simple things get overlooked sometimes. Perhaps one my favourite photos was one I took when I started taking photographs at fifteen. I call it ‘My Mother’s Curtains’. It simply shows three apples in a bowl on a windowsill, and that’s how I remember my childhood home. Another favourite is just of my father reading the paper by the window. I wanted to show life as it was, day to day.

“I loved my neighbourhood and Coney Island and the streets of New York. But the secret is to make yourself at home wherever you are. So, when I was drafted into the Army, I took photographs of the guys — just like me — who had been on the beaches of Coney Island the day before and now were standing in line to get inoculated. We became like a family. And that’s home. For a while I lived in the country and took pictures of the horses outside my window or the curtains blowing at the top of the stairs. Now my wife is my home.

“The old expression, ‘Home is where the heart is,’ is really so true. I was never searching for anything when I took photographs of my surroundings. I was simply bearing witness to the great moments that presented themselves to me over and over again, no matter where I was. The point is pictures are everywhere and in the end all photography — and probably all art — ends up as a self-portrait of the artist. I like bearing witness to this life in all its glory, all its simplicity. It’s the small details — the things we see everyday. But do we really see them? There’s an endless stream of beauty presenting itself to me, and you, moment by moment every day. Home is here, now. Savour it.”

This article originally appeared in Huck 46 – The Documentary Photography Special II. Grab a copy in the Huck Shop  or subscribe today to make sure you don’t miss another issue.

Linkedin
RELATED ARTICLES
OTHER ARTICLES
Last week, Tower Hamlets council removed its nudity-restricting licensing conditions in a huge win for London’s kink community.
A young woman recounts her experience of being harassed by anti-choice campaigners as she was seeking an abortion in Glasgow.
With the UK now set to run out of vaccines, people working in the sex industry – particularly outside of major cities – have been left especially vulnerable, reports Brit Dawson.
An abortion storyteller talks about the termination of her pregnancy and the harassment she’s received for sharing her story online.
In the latest instalment of Photographers in Conversation, the creator talks portraiture, platforms and taking inspiration from Little Simz.
From the early originators to the female writers at the forefront of today’s scene, we talk to the artists redefining graffiti’s consciously macho origins.