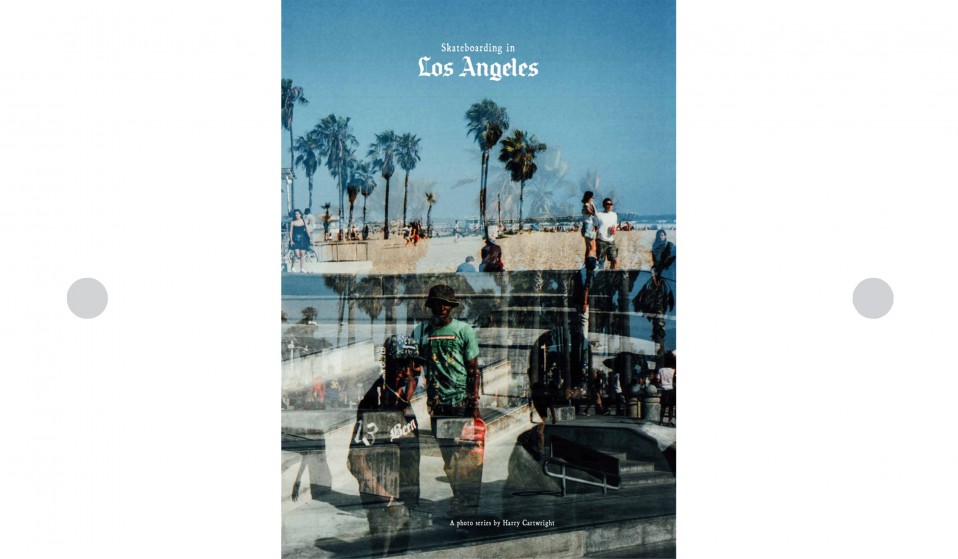 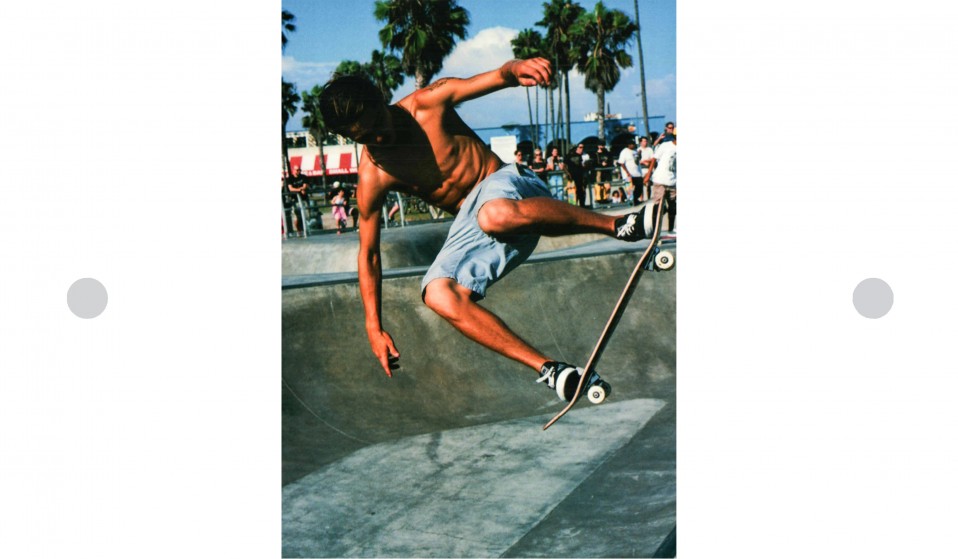 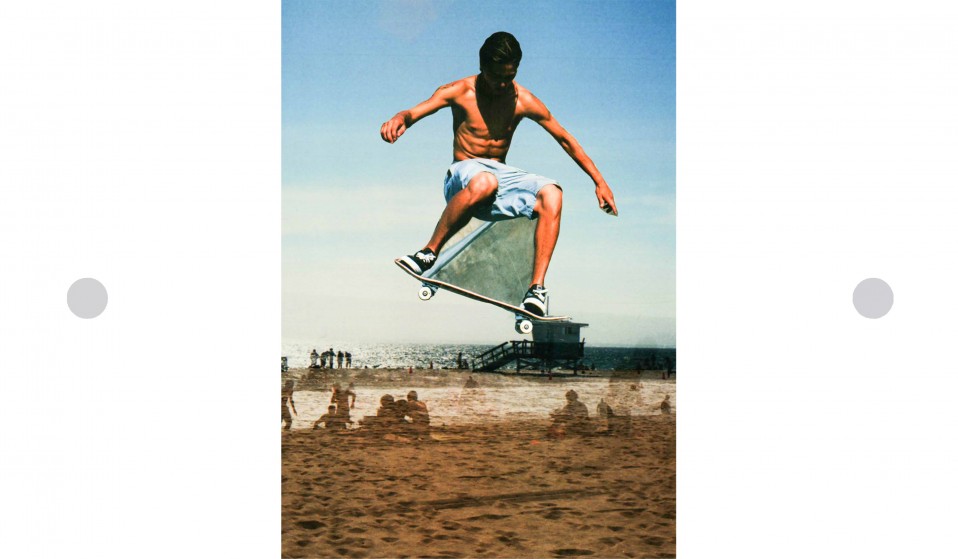 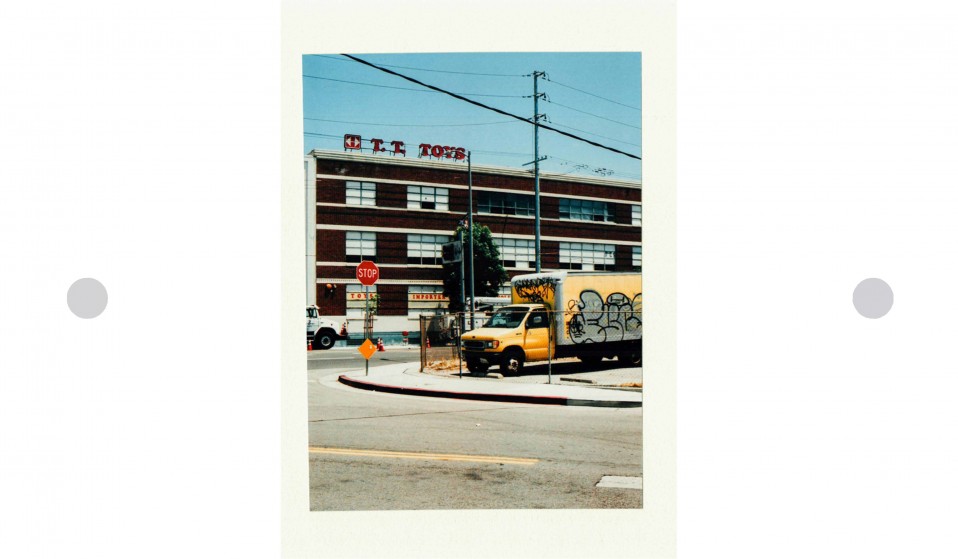 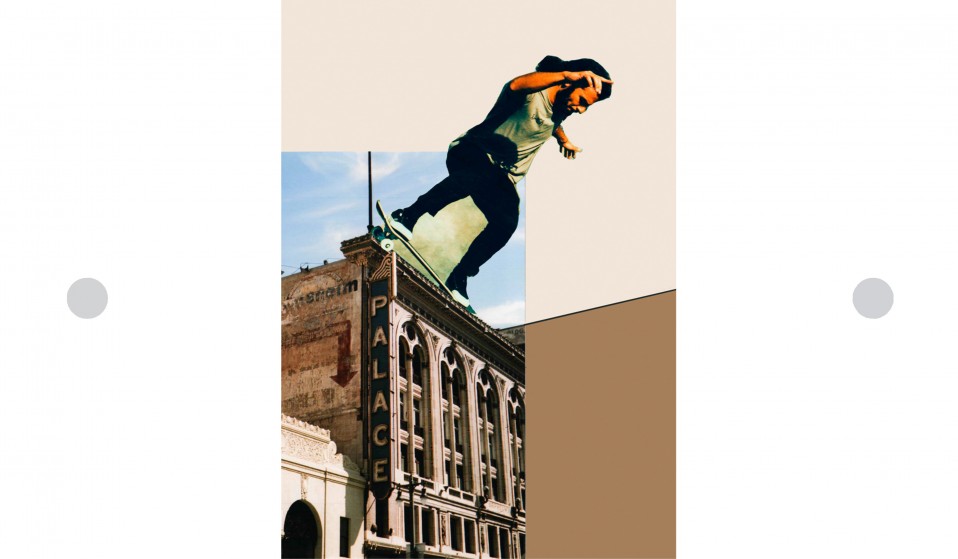 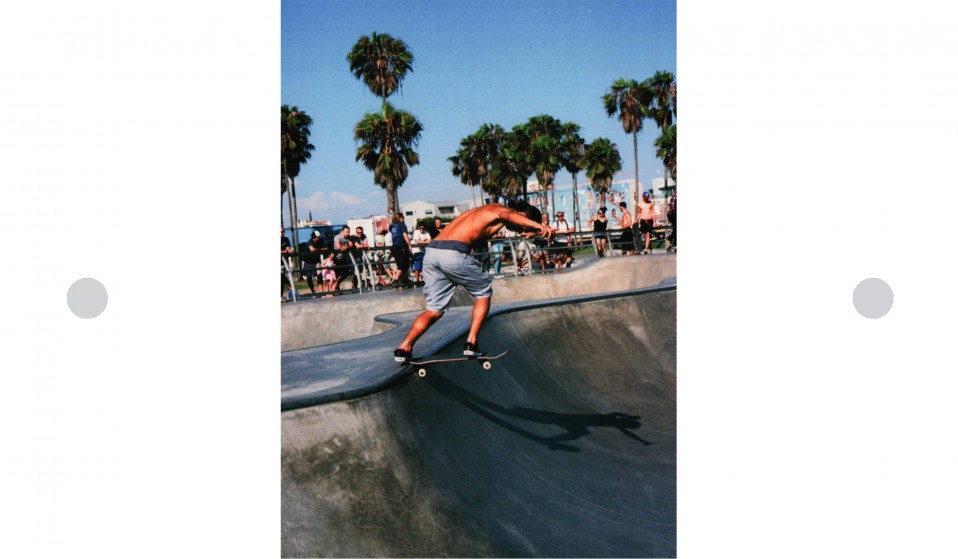 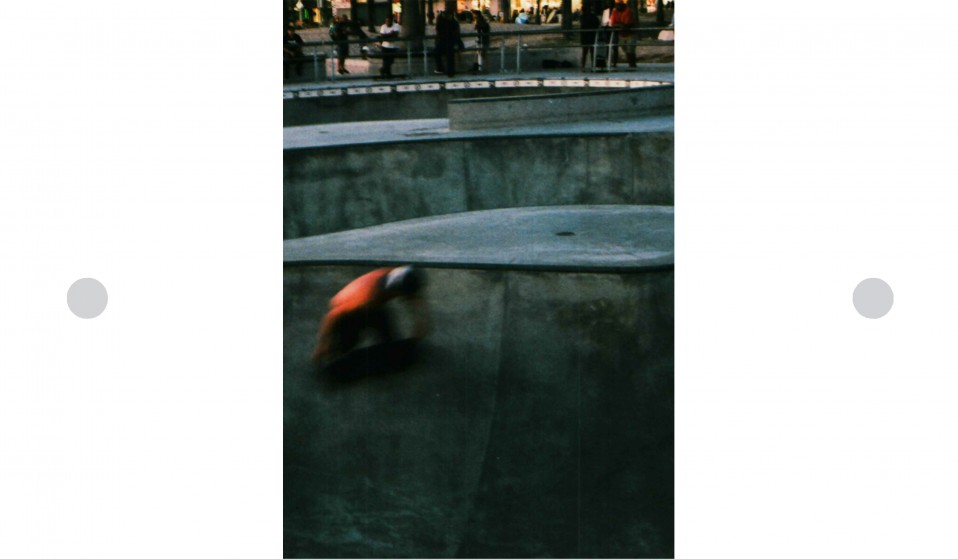 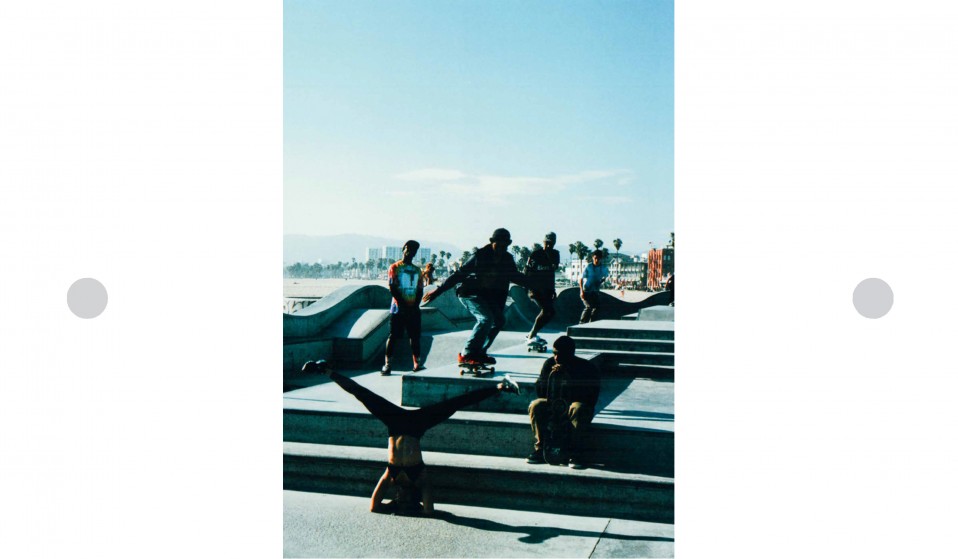 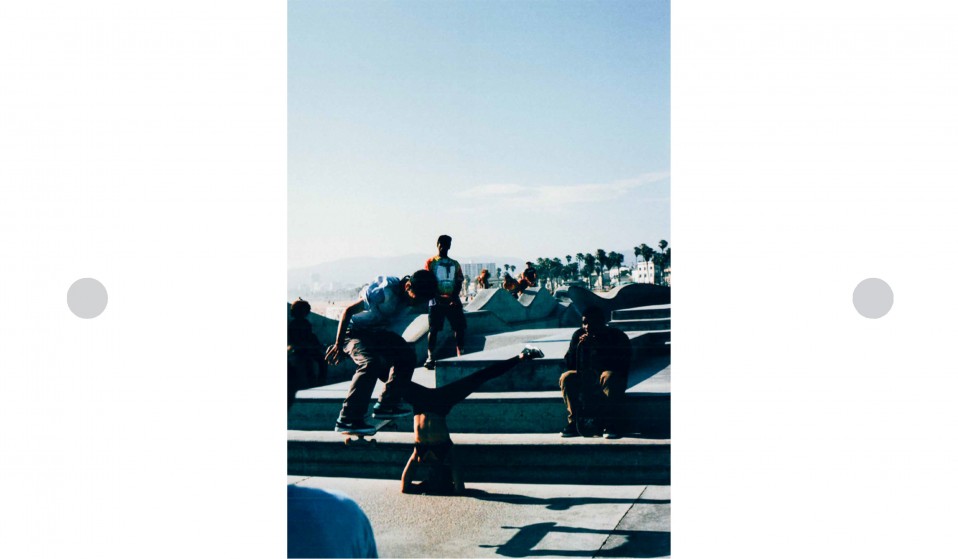 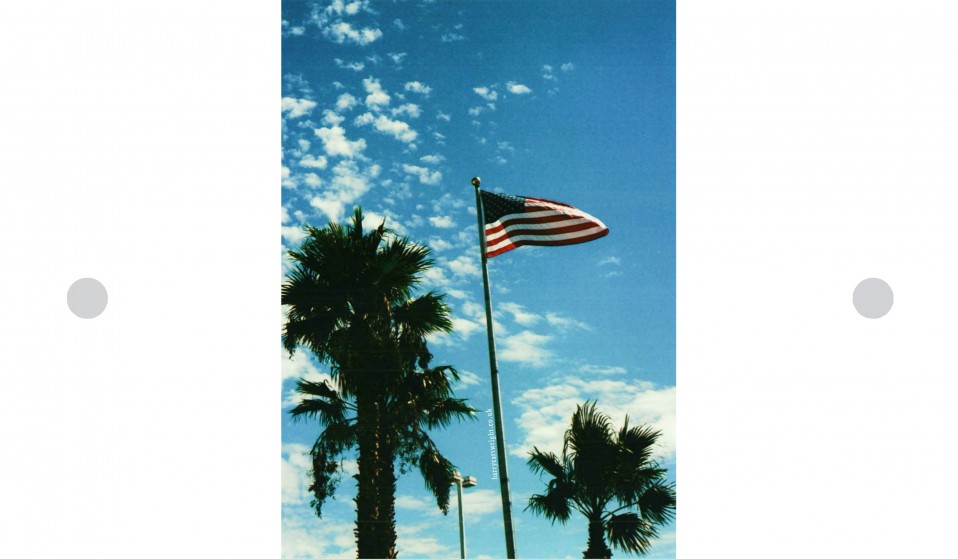 Up-and-coming UK artist and photographer Harry Cartwright on inspiration, his love affair with LA, and the next steps.

Up-and-coming UK artist and photographer Harry Cartwright on inspiration, his love affair with LA, and the next steps.

Adorned with a capricious quality, Harry Cartwright’s photography is steeped in an old-school atmosphere that blends many different styles, all with varied forms of inspiration. You could mistake him for being a California boy given the feel that his art brings across, yet Cartwright hails from the UK.

The Berkshire-born artist has been taking photos and making short films for most of his life. Although the 22-year-old mainly focuses on these mediums alongside painting, he has experimented with a wide variety of other forms too, inspired by his peers at art school where he studied advertising.

In a new photography series called Skateboarding in Los Angeles, Cartwright captures a collage-like glimpse of skateboard parks in the City of Angels, which he took on a trip there over the summer.

Huck caught up with Harry to chat about his series.

How did Skateboarding in Los Angeles come about?
I acquired an old Canon AE-1 35mm camera and was determined to create a photographic series of some kind. I wasn’t quite sure what; maybe some unusual signage, people, cars etc., but upon my arrival at Venice beach I was compelled to photograph all the crazy antics that I saw at the skatepark. Each morning I’d head down there to find the usual suspects, skating, smoking and generally causing a ruckus – I insisted on using up most of my rolls on film around there. Once I got home and got it all developed, forming it into this series seemed like the right thing to do. If there’s enough demand, I may turn it into a zine, but being the hard-up graduate that I am, there’d have to be a fair bit of demand.

What drew you to LA?
To quote Biggie, “Strictly for the weather, women and the weed – sticky green”. It’s LA! I’ve always wanted to go to LA. Now, after visiting, my long-time dreams of moving out there have only grown stronger. It’s so nice in so many ways. Even though I was out there for just a couple of weeks, I met so many great people. It’s filled with such diversity and a sense that everyone is trying to make it in one way or another. I found that really motivating and exciting. It’s crazy big and the traffic is potentially too much but the general vibe, especially by the beaches, is perfect. Hopefully it won’t be too long before I’m back.

What strikes me a lot about your photos is that they seem steeped in nostalgia. Is that a fair description?
That’s a very fair description, and that’s what I aimed to achieve with this series. I feel the subjects themselves immediately hark back to the old school, nostalgic, vibrant ’80s/’90s stylised Californian skate imagery. What helped hugely was that some of the photographs were shot on some old Kodak Gold 200 film that expired in 1998. It was so exciting waiting for them to get developed to see how they turned out. A few of the rolls came out completely destroyed which was gutting, but a lot were useable after a bit of colour correction. I love the aesthetic that they brought to the series, especially combined in collage with the other imagery.

You say that “the mundane is beautiful and should be appreciated more” on your Tumblr. Is that your general aesthetic when creating your art, and how does that apply to the context of the skate scene?
I just think it’s a good sentence to live by. Not to get super sentimental but I think there’s so much random beauty in this world. From the evening light coming through a window and hitting a wall in a certain way or a fire hydrant in a street or the geometric patterns in a building; it’s everywhere. I wouldn’t call any of my paintings or short films particularly ‘mundane’ as they’re all pretty bold and mental, but with my photography I aim to capture that simplistic beauty in its truest form.

What’s next for you after this project?
Right now my TEN.100.TEN art sale is in full swing. In short it’s 10 paintings, £100 each, with 10% of all the profits going to the Art Room, a local charity that provides art as therapy to children and young people aged 5-16 who suffer from emotional and behavioural difficulties. So if you’re interested in investing in art for a relatively affordable price, please check it out. Aside from that I’m focusing all my efforts on getting my career as an advertising creative off the ground. So reader, if you’re in an agency with any placements or jobs on offer, then please, drop me line. Please.

For more of Harry’s work, head to his website.

Linkedin
RELATED ARTICLES
OTHER ARTICLES
Wealth inequality and the rising cost of socialising is placing a strain on people’s relationships, reports Eve Upton-Clark.
LGBTQ+ students are keeping the spirit of the original Pride alive by fighting for liberation for everyone, not just their community.
Curator Antoine de Beaupré discusses his immense record collection and what it tells us about the intersection of music, photography, art, and commerce.
Thomas Hoepker‘s images taken during a road trip across America provide a searing social commentary about a divided country.
50 years since its inception, and the campaign calling for recognition that capitalism depends on domestic labour is as pertinent as ever.
The author discusses the all-consuming nature of heartbreak, and turning the experience into an incisive exploration of love and loss.