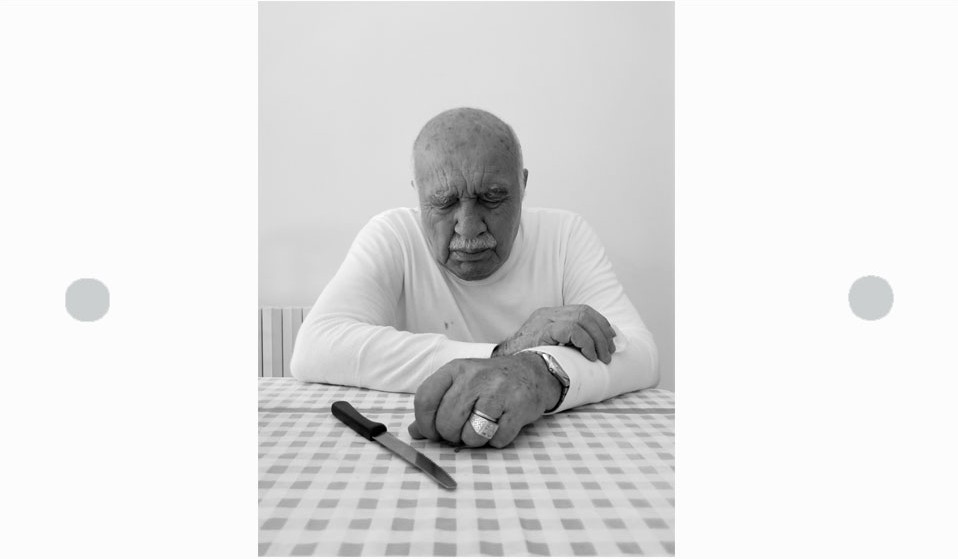 i
by Blondey McCoy 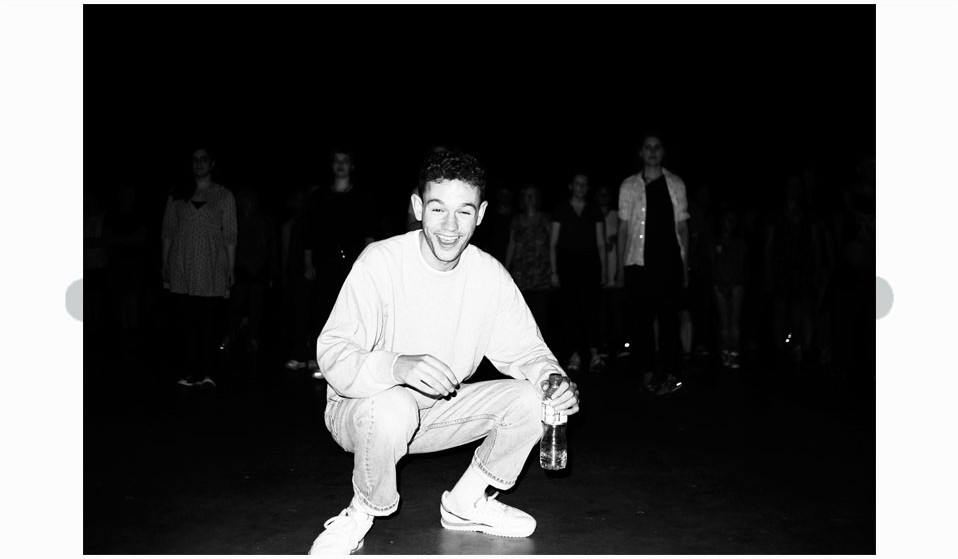 i
by Paddy Jones 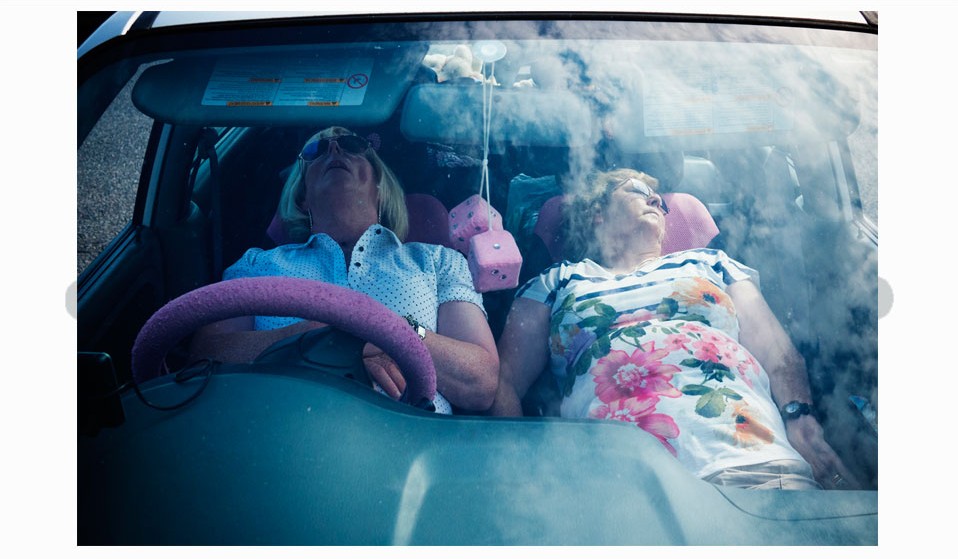 i
by Mike O’Meally 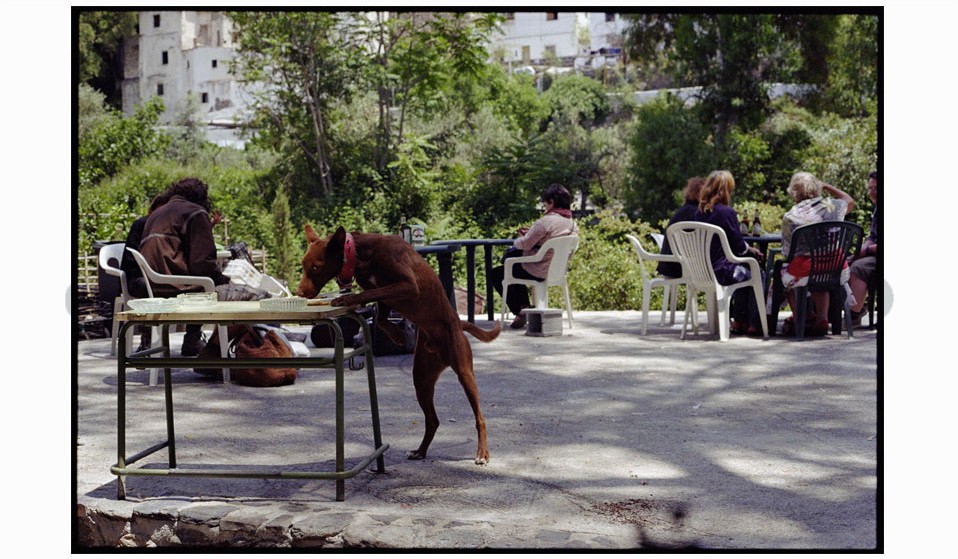 i
by Daniel ‘Snowy’ Kinloch

Bringing together their disparate influences, the four documentarians have each curated a selection of their work – featuring friends, family, street scenes and dogs – which express a sort of shared outlook on life.

The show will feature never-seen-before pictures from the notorious Palace ‘Bunny Tour’ of 2013, which saw HOGMONEY shooters Blondey, Snowy and Mike O’Meally on a rampage around the UK.

We caught up with Snowy and Blondey to find out more.

How did the show come about?
Blondey: HOGMONEY came about as predominantly pub talk, which turned into an email chain, and snowballed from there over the space of about two weeks. The underlying theme of it being four good friends, aspiring or successful photographers hoping to write off this year and start the new one with a bang. Hence the name ‘Hogmoney’.

Snowy: Me, Blondey and Mike had been talking for a wee while about doing something with a show, and we also knew Paddy had some great stuff that fitted perfectly. So after a week or two of chat and emails Blondey manned up, found us an amazing location, and that was it.

What does the name mean?
Blondey: Hogmanay is the Scottish word for New Year, so it seemed appropriate with the timing of the show I guess, it’s also a massive party they have up there to celebrate. 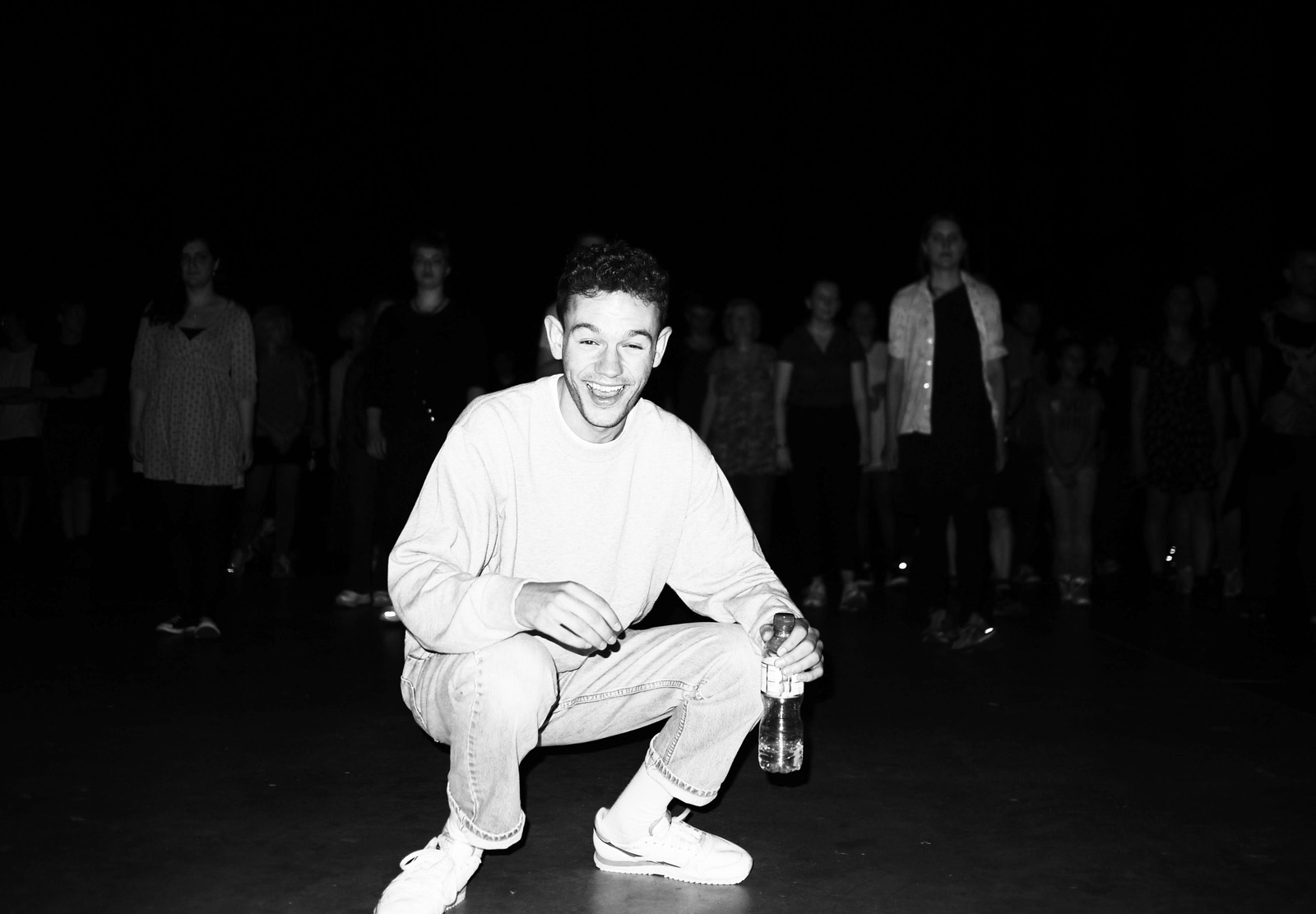 What can people expect to see in the show?
Blondey: There’s a lot of variety in the show. Standardly a load of photos of the P.W.B.C, chilling hooded ravers etc. etc. Because O’Meally is a skate photographer I think it was a good chance for him to show his ‘behind the scenes’ hi jinx sort of photos. Having said that there is one or two cheeky skate photos of Brady in there. The theme to my input is basically family; portraits of my grandparents in Lebanon, which massively contrast with the environment that their son (my dad) surrounds himself in, which is also featured in the show. Paddy Jones has a fantastic before-and-after sequence of Nugget and more cameos of members of the British skate scene.

Snowy: People can expect to see a lot of variety in the show as everybody approached it with very different themes. There’s plenty of P.W.B.C. and various shenanigans, sleeping grannies, sleeping Nuggets, Blondey’s grandparents and dogs up to no good. I don’t want to give too much away. The best thing is to come down and see for yourself. 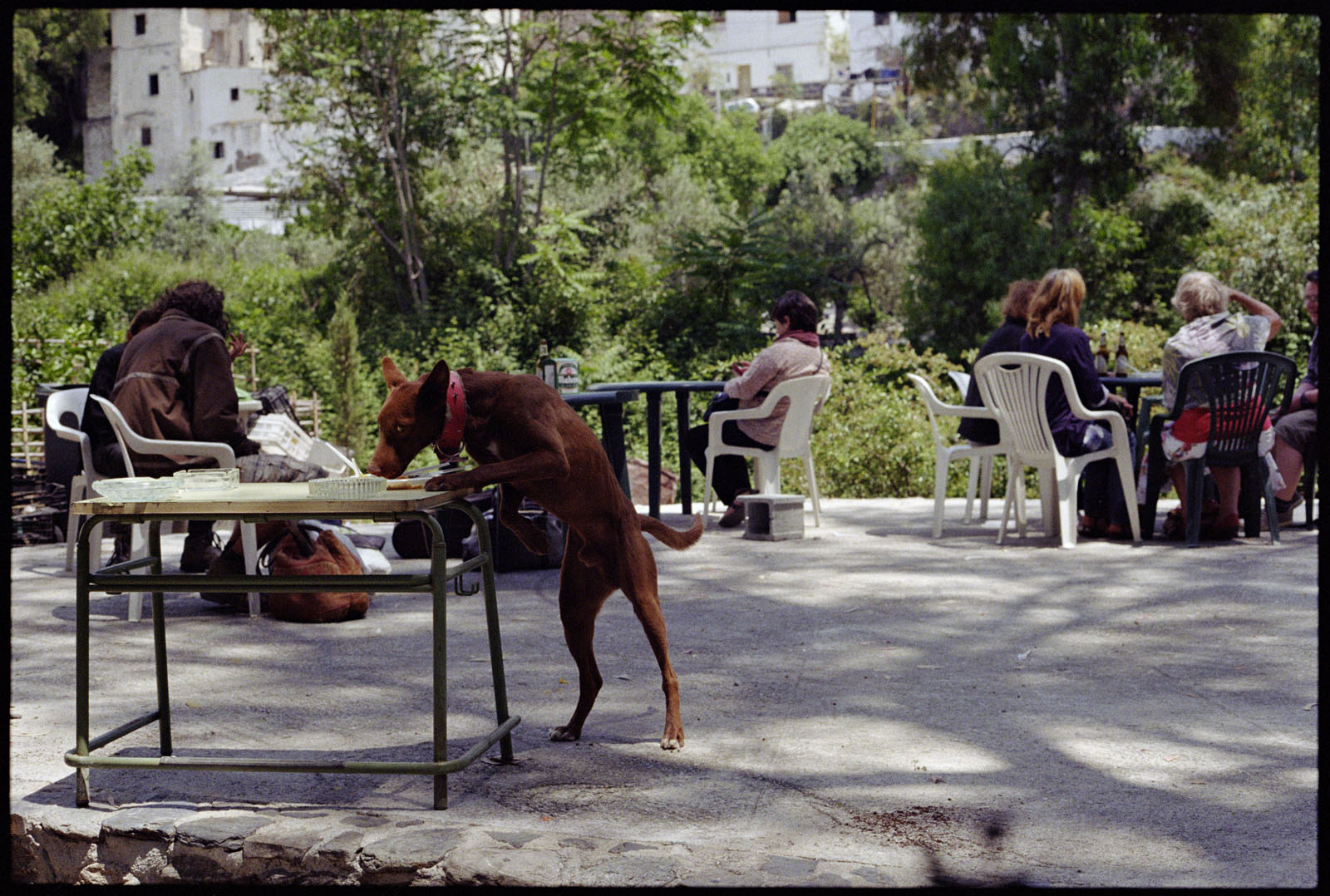 Is it mostly film photography? What are you guys shooting on?
Blondey: It’s a mixture. Me, Paddy and Mike all shoot digital, and all of Snowy’s photos are film.

Snowy: Format-wise, Blondey, Mike and Jonesy shoot mostly digi, I’m not sure what on, but I shoot various film cameras – Contax, Canon and I have a little Leica (p&s), plus the trusty old Olympus point and shoot.

You’re all London based apart from Mike (in LA), did you feel like there was common ground between the things you guys were all capturing?
Blondey: We are all London based other than O’Meally yeah, but surprisingly the work’s from all over. Like I said, my photos are loosely based around the contrast in Western and Middle Eastern culture, so are obviously shot between those two regions of the world. Mike wanted to contribute photos that would be relevant to the show, and are mostly from his trips to London and the non-skate photos on the Palace ‘Bunny Tour’ where he was photographer and hype man. That was all around the UK last summer so there’s a lot of good stereotypical northern action in there and all that. 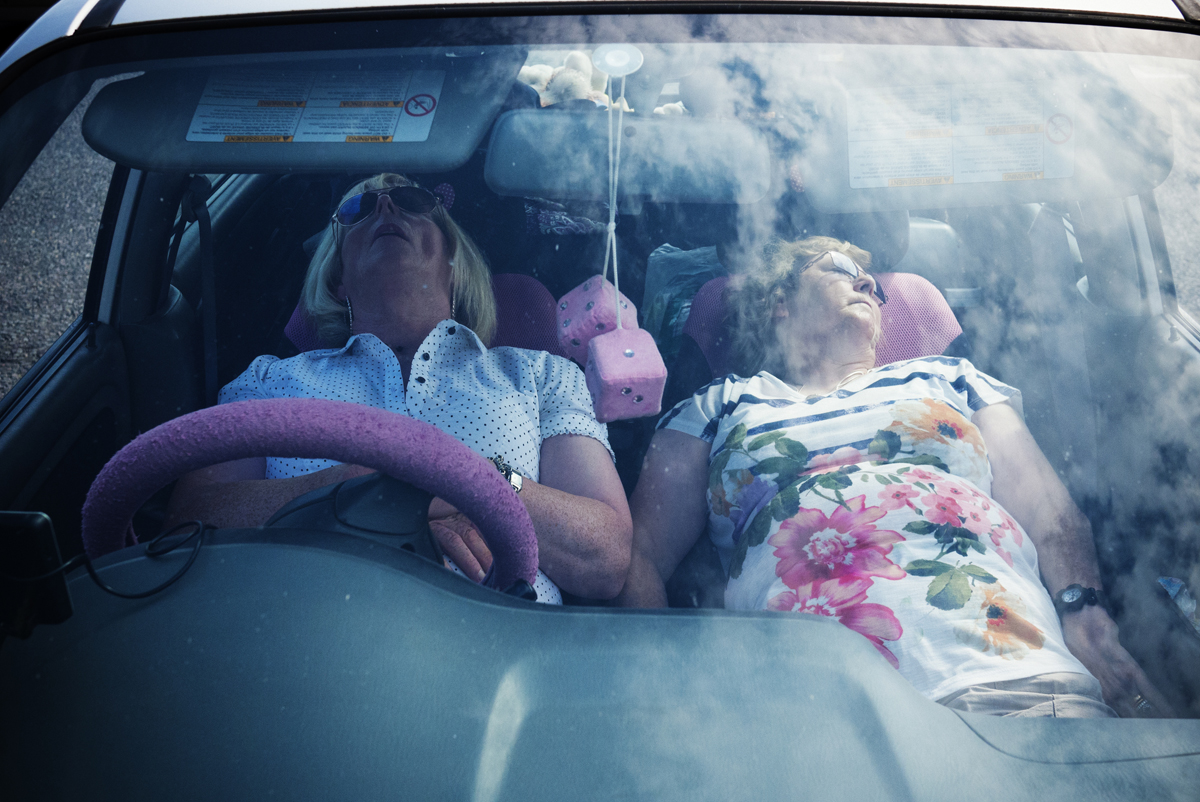 Snowy: I was slightly worried about that at the start, that there would be no cohesion between the work but even though it is from all over and selected individually with different themes behind the choices it works really well together. I feel all the photos compliment each other nicely, which I think happened naturally ‘cos we’re all friends. I guess the common ground is pretty much friendship, and family too.

Did you want to keep it brand free? Why?
Blondey: It is brand free but that wasn’t really a conscious decision I made to be honest. I guess it naturally became an independent photo show due to it being put together really quickly, and us all liking to be in control. Also everybody involved has obvious affiliations to certain brands themselves e.g. Palace/Thames/Landscape.

Snowy: I guess things were put together pretty fast so we didn’t even really talk about approaching any brands, apart from Jack Daniels of course, haha!! Brands can maybe take away from things sometimes though I think, like it’s just a show because they are involved. So for this show we were happy for it to be independent and stand up by itself. 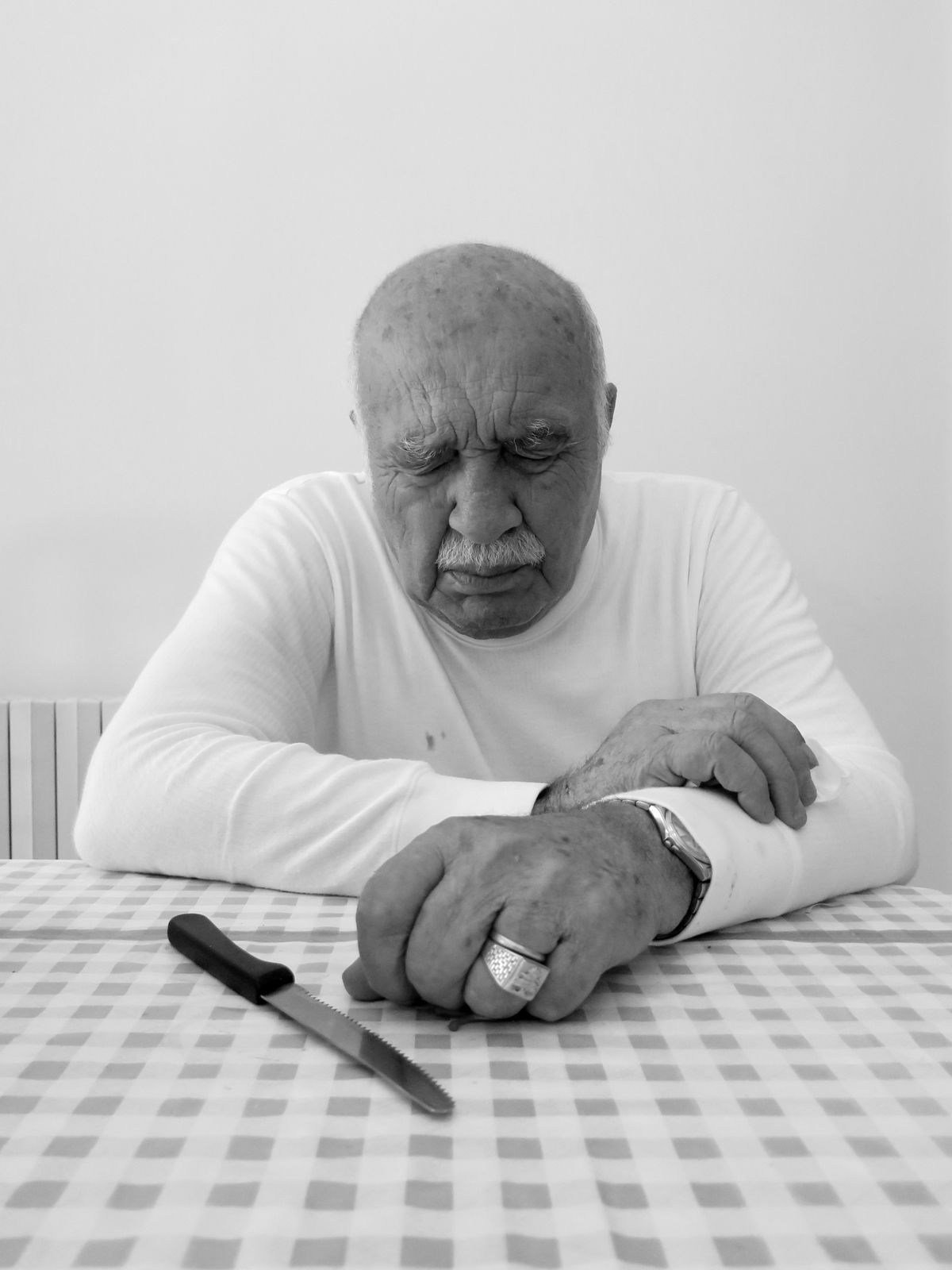 What kind of a reaction do you hope people have to the photos?
Blondey: I hope everyone is surprised by the photos, and some of the people in them. And everyone’s stoked on my nan.

Snowy: I mean I’d like people to be surprised by everyone’s work, the variety and standard. And also be stoked on Blondey’s nan.