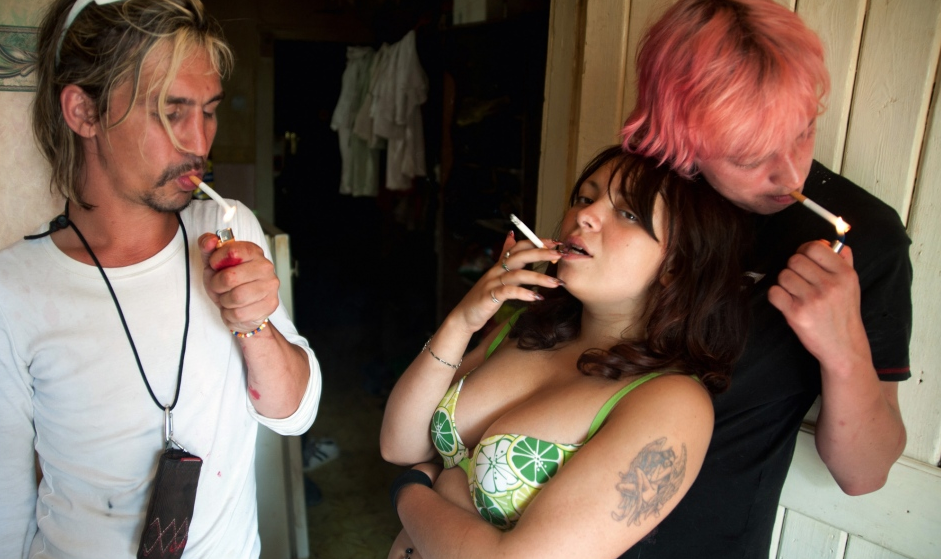 I started working on this project after I graduated from university in a small town in Northern Russia. I suddenly realised I had not made enough pictures of my friends, and I wanted to go back to that period of endless fun. But by that time, all of my friends had moved to other cities, so I met a group of young people and started to shoot them instead.

I wanted to show this special period in the lives of my ‘heroes’ – which is how I see the people I photograph – and that’s their youth. It’s a time when you want to feel everything. There is no goal. The most important thing is the process and your feelings; love and friendship are the main source of these feelings. To be able to take pictures of my heroes I need to feel them, to love them. And if this feeling ends, I stop shooting.

This group of friends, who had been standing on a street drinking, piqued my interest. I was inspired by their energy and asked if I could photograph them. They agreed. We hung out, I ran around with them and had fun. I didn’t behave as a documentary photographer might – someone who keeps their distance and hovers over a situation. I was interested in being with them; I wanted to be part of their world and not just take pictures. I wanted to record my experiences, but I didn’t really think too much about what I was doing. The wish to be happy was always on their minds, and it was my wish too that they might find happiness. There were relationships, sex, and it became clear to me that it was pointless looking for sense. 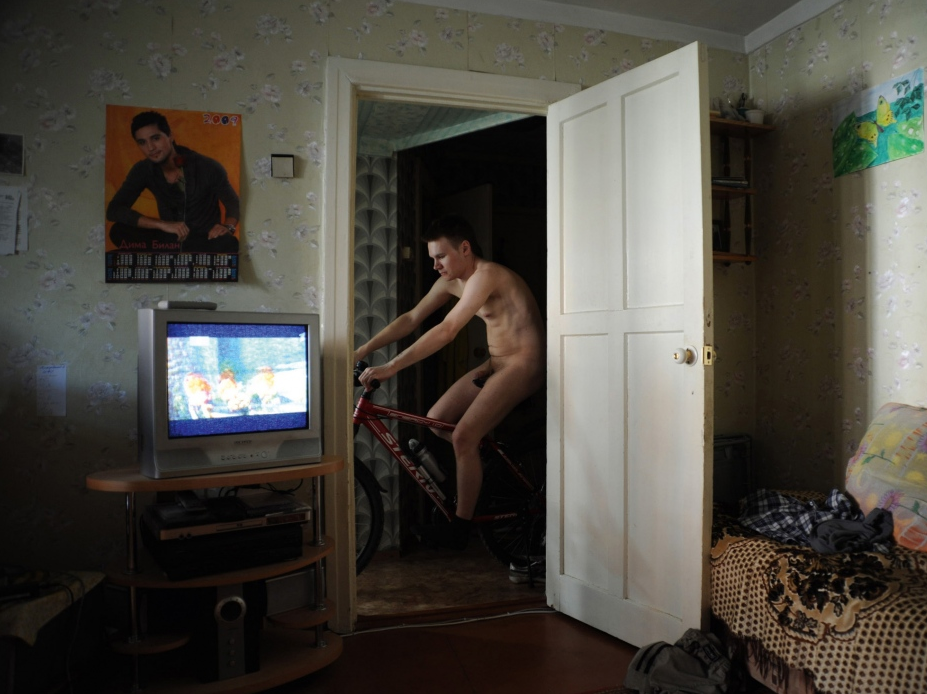 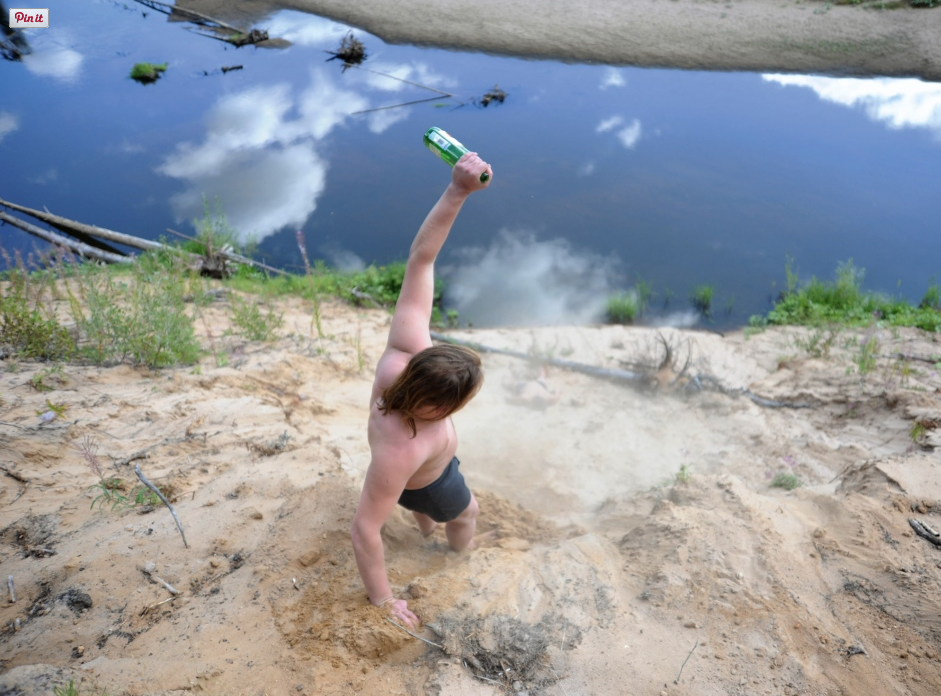 I worked on the project for four years and mostly shot in the summer or at weekends. They were between the ages of eighteen and twenty-five. There were two main members of the group who I became close to, but the group would change – people would come and go. The youthfulness, openness and eagerness with which they lived their lives appealed to me. These kids had parents, they went to school and to university, but their families could not provide them with what they needed to build a happy future. As a result, they decided to live in the here and now – in a state of permanent celebration.

Most of my images are related to a story. I remember one morning it was hot and we had nothing to do. Someone came up with the idea of hosing each other down from the window. It was fun. I used to do it when I was young. On another occasion, members of the group tried to find a way to the roof of a house we were in through a tiny hole. Someone pushed me through the gap, but on the way back I got stuck for about an hour. And last summer a couple of guys jumped onto a train line to see what it would be like to lie down on the tracks. They were a bit drunk and wanted to impress each other. 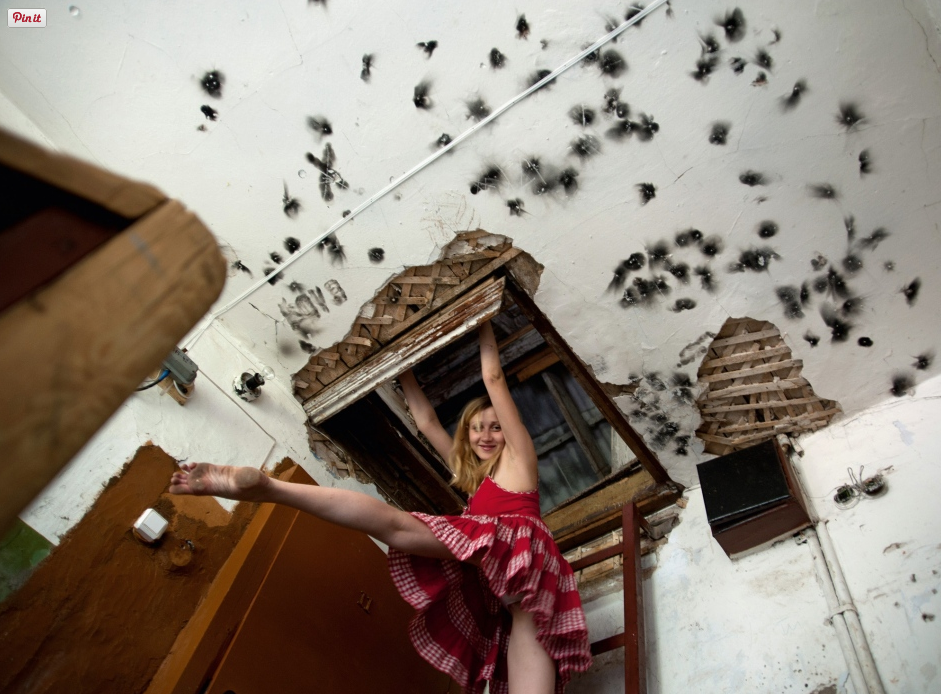 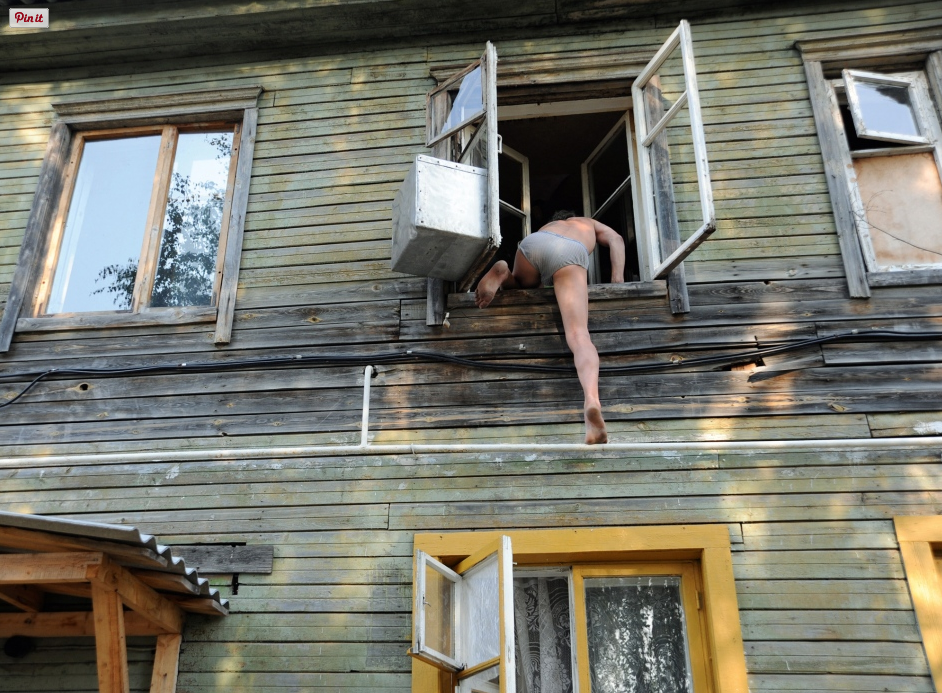 We would go to the beach, drink, and fool around, or go to the forest and play hide and seek. For us, it was about personal freedom and not thinking too much about the consequences.

These weren’t always carefree, happy times though. One of my memorable images shows a guy’s beaten-up face. In an abandoned factory our group and another argued about something and started fighting. People threw bricks. It was a long night and eventually we ran away. The next morning we met the group again, and I saw the aftermath of the fight captured on a smartphone, which I photographed.

In this project, I tried to focus on the things that are important to young people – love and friendship, which are the main reasons for their actions and mistakes. I’m attracted to people who make mistakes. They are looking for where they might belong. 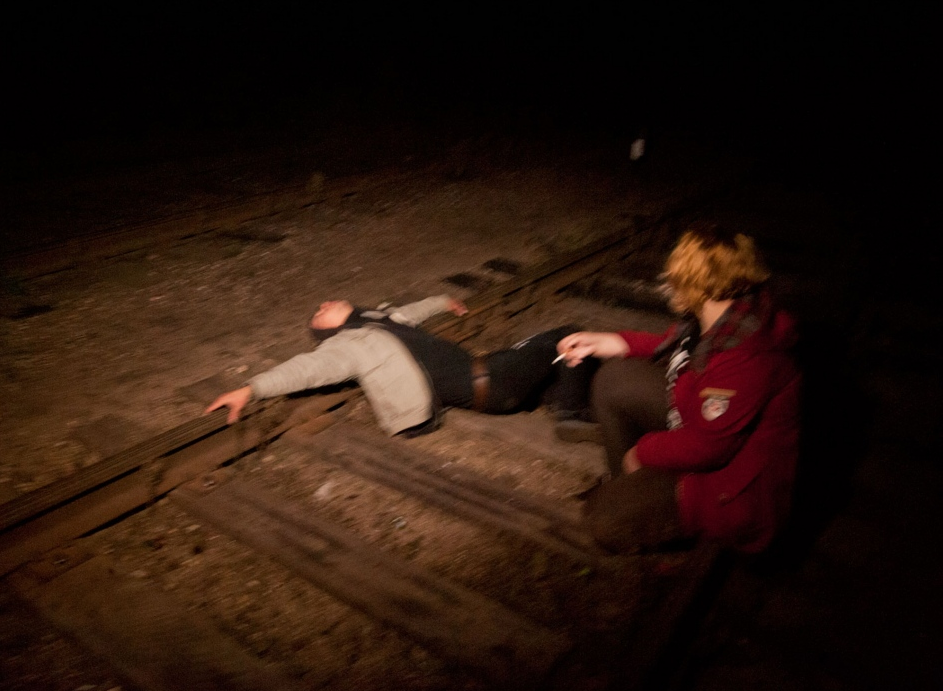 Youth is an age of trial and error, where the action itself is the aim, and feelings are a reason to behave in a certain way. As adults we often lose the ability to do something without thinking about the consequences. We try to do everything ‘right’, depriving ourselves of unexpected and unplanned adventures – and ultimately, of happiness. But working on this project reminded me that walking aimlessly around the city is sometimes the starting point of an amazing story and friendship.