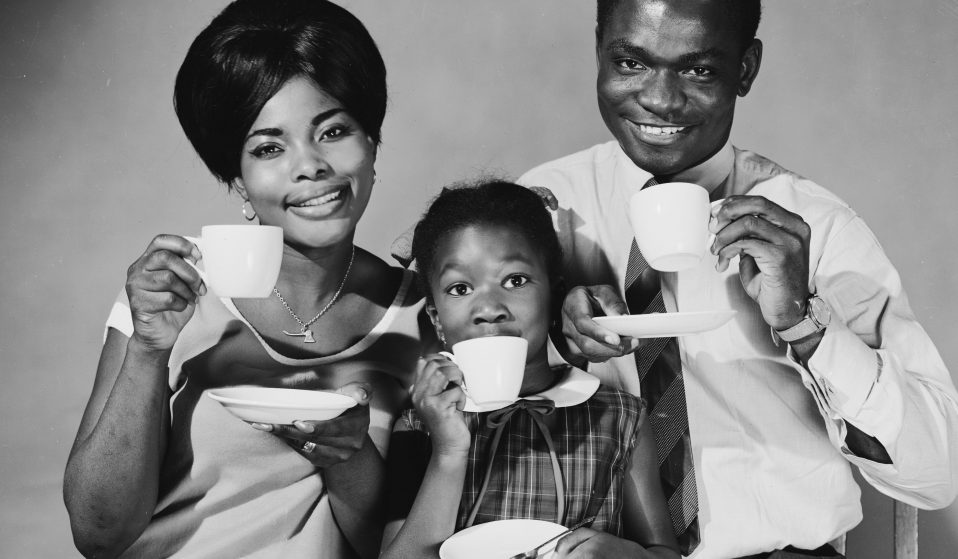 Human Stories: Another England chronicles the rich and rarely-seen experiences of British communities of colour.

Human Stories: Another England chronicles the rich and rarely-seen experiences of British communities of colour.

A cursory glance at headlines this month and knife crime, stop and search and so-called security risks take centre stage. Rarely are PoC’s contributions to British culture acknowledged and celebrated.

It’s this that propelled Kaia Charles, curator at NOW Gallery, to co-curate photographic exhibition Human Stories: Another England. Made in conjunction with Historic England, it chronicles the rich and rarely-seen experiences of British communities of colour. “The exhibition opens up a dialogue about the recognition of Black and Asian presence, and its contribution as a critical part of the UK’s collective history,” she says.

Human Stories: Another England couldn’t have arrived at a more poignant time, given the widening divisions that have spilt Britain apart in recent years. For example, the suspected 63 Caribbean nationals wrongly deported and removed amidst the Windrush scandal despite having lived in the UK for decades. Or the fact that the post-Brexit vote saw the highest spike of religious and race crimes ever recorded in the UK. Or when a senior UK police officer alluded that the capital’s knife-related deaths haven’t caused public outrage, since the majority of victims are from black communities.

“Across the globe, it feels as if many have reached a tipping point in regards to tolerance and empathy,” Kaia tells Huck. “Many communities are feeling their sense of belonging being challenged. This imagery is one way which we can perhaps find common threads in the human experience.” 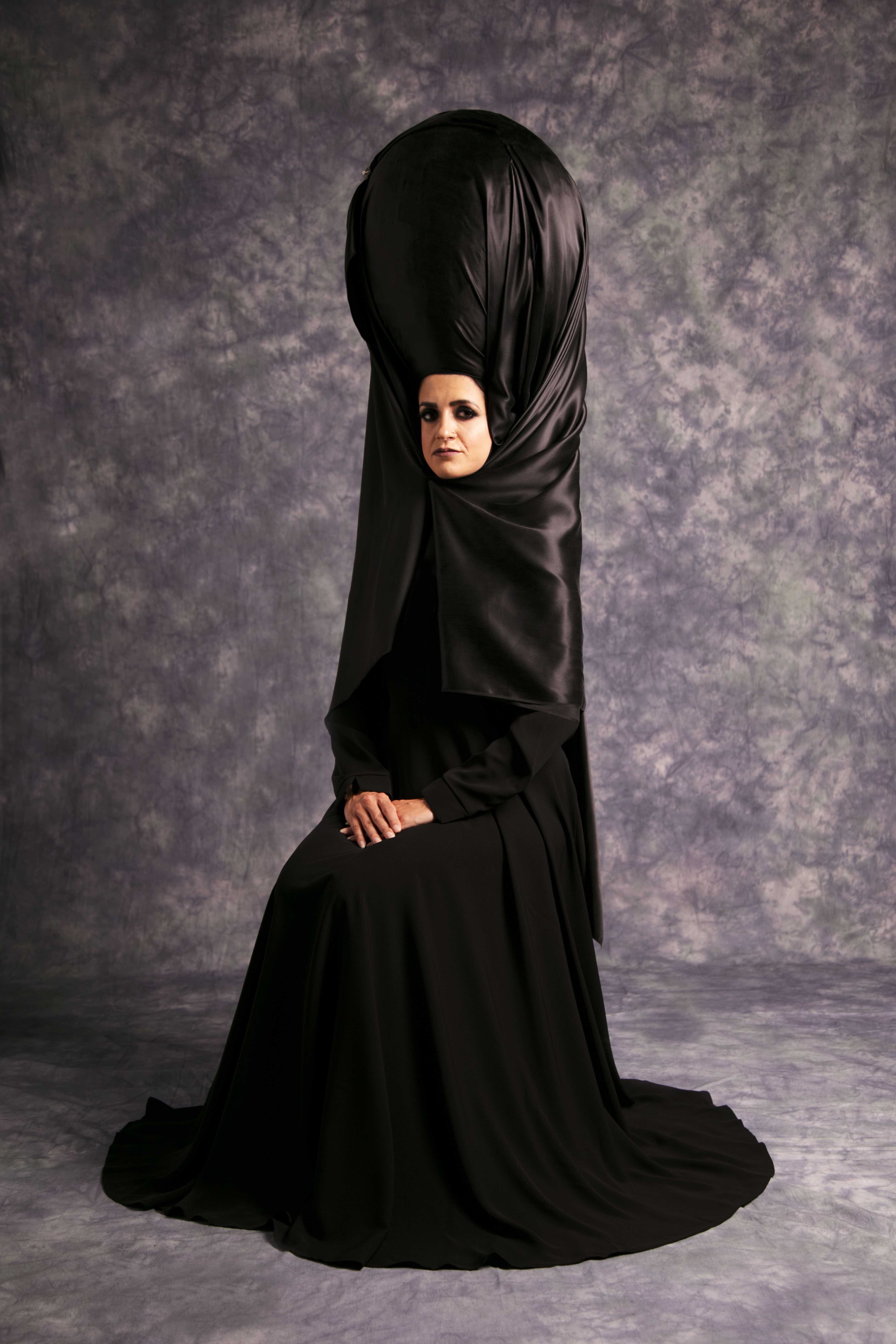 Comprising of amateur footage and images from the archives of Getty Images, Magnum Photos and Autograph ABP, the works span social and racial inequalities, subcultures, ‘Englishness’ and Black and Asian diasporic movements, including the Windrush generation.

Highlights include an image from the 1960s of ‘Speaker’s Corner, Hyde Park’, which immortalises the onset of black activism during the era, sparked in part from the murder of Antigua-born Kelso Cochrane by white youths in 1959.

Meanwhile, a rare copy of the Squatters Handbook from 1979 featuring Olive Morris, one of the leaders of the British Black Panther Movement, is on display. “Her legacy represents the unsung, tireless work of community activists in the fight for social equality,” Kaia says. “It’s one of the most powerful images in the exhibition – an ultimate defiance, she is pictured scaling the roof of a squat in an infamous attempted eviction.” 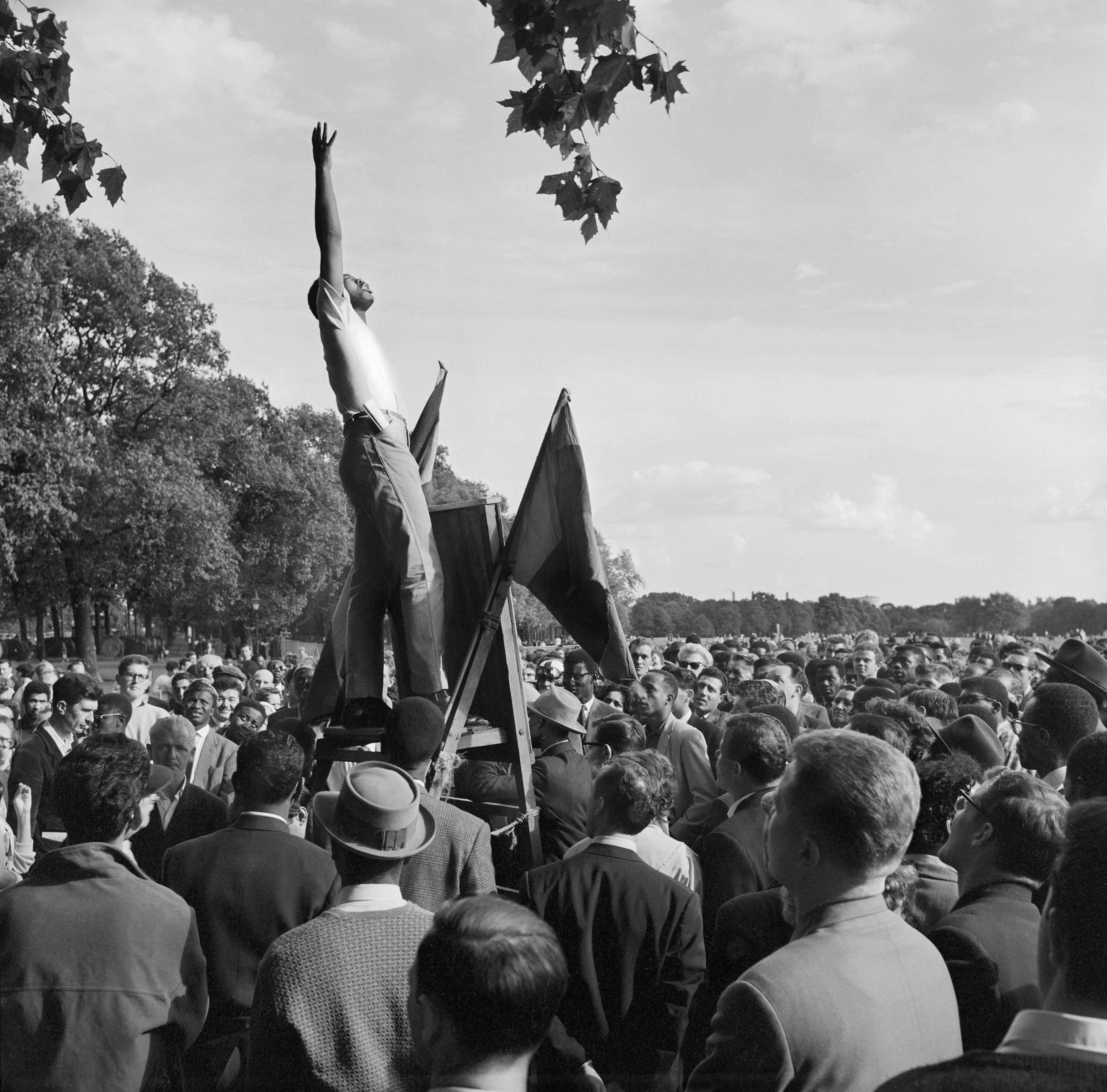 General view of a crowd at Speakers Corner in Hyde Park. Historic England

Juxtaposing this with newly commissioned artwork by contemporary artists, the exhibition also spotlights BME communities’ ever-changing identities. Just take art director and stylist Theo White’s portraiture of the black British gay community in London. His subjects hold hands and embrace affectionately, evoking a sense of intimacy rarely reserved for this group. When black queer men are seen to ‘sacrifice’ their traditional values for their sexuality and can face estrangement from their families, and anti-blackness is rife in the LGBTQ+ the community at large (51 per cent of PoC experience racism, according to Stonewall), White’s unapologetic celebration of black love and the often overlooked black male queer experience is poignant.

“The Afro Caribbean diaspora is woefully underrepresented in today’s UK arts scene, so Theo’s work for this collection was refreshing,” Kaia affirms.

Likewise, visual artist Sarah Maple’s series of self-portraits reflects on her Iranian Muslim mother’s arrival to the UK as a child and the ‘othering’ of this group in recent years. Her subject’s assertive gaze and exaggerated headdress evoke a sense of pride rarely afforded to Muslim women when their so-called ‘restrictive’ dress has been routinely policed in recent years. Back in 2016, armed police forced them to undress on a French beach while Danish police fined a woman for wearing the full face veil after another woman tried to tear it off the same week the ban came into effect this August.

The exhibition might champion Black and Asian communities as an integral part of England’s history. Even so, Kaia stresses that this shouldn’t just be limited to the likes of Black History Month. “Not only for one month of the year,” she says. 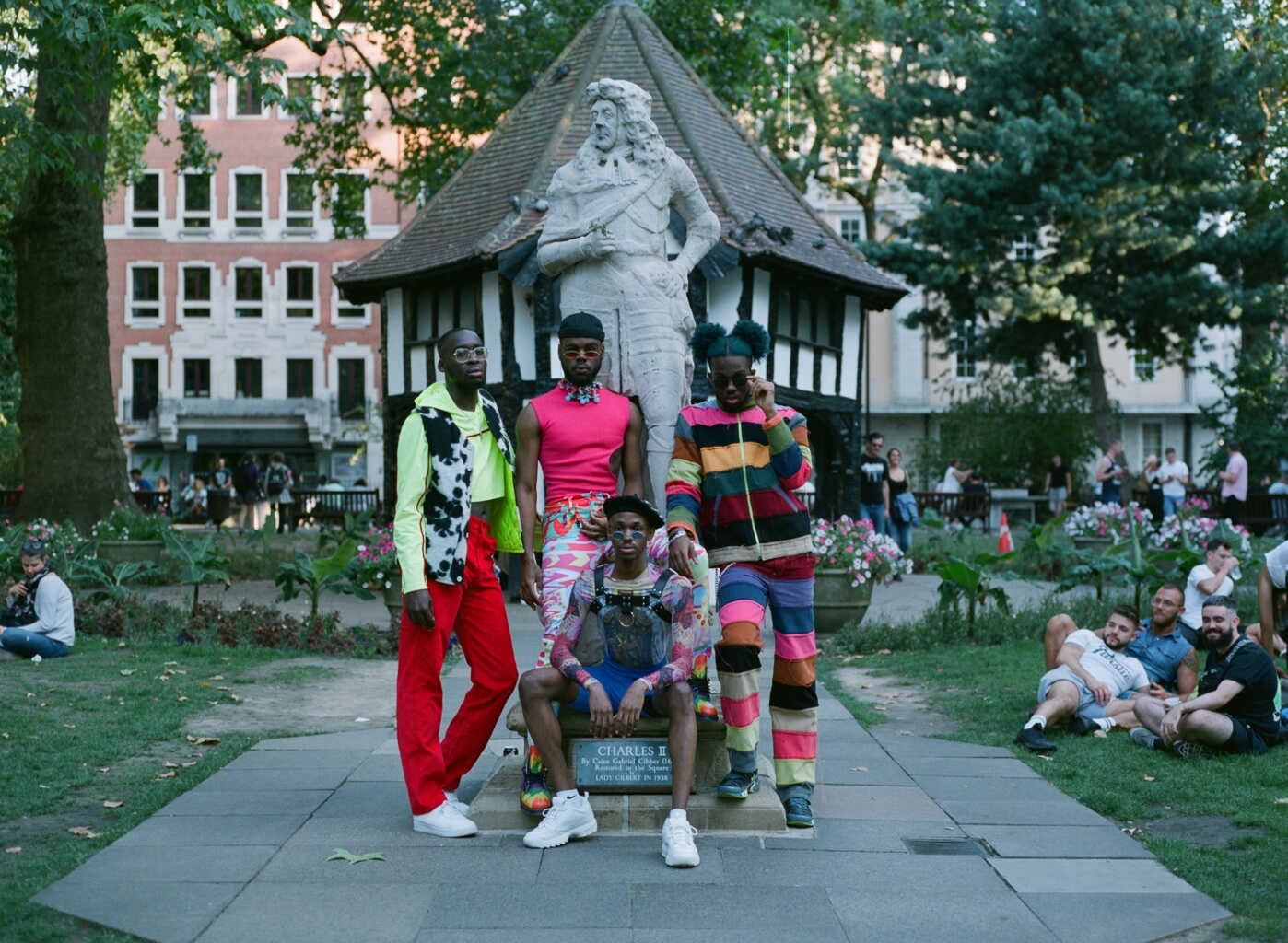 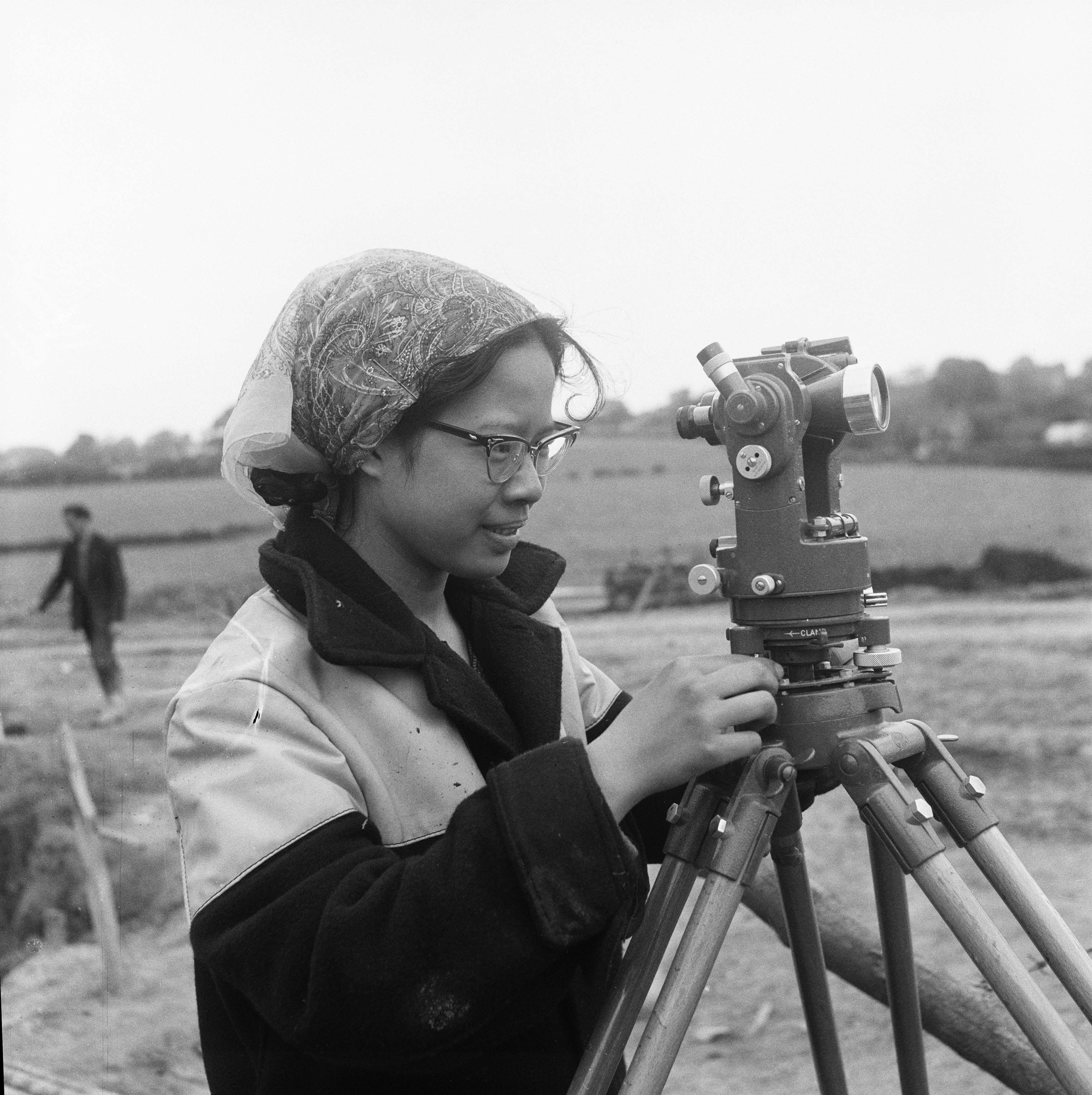 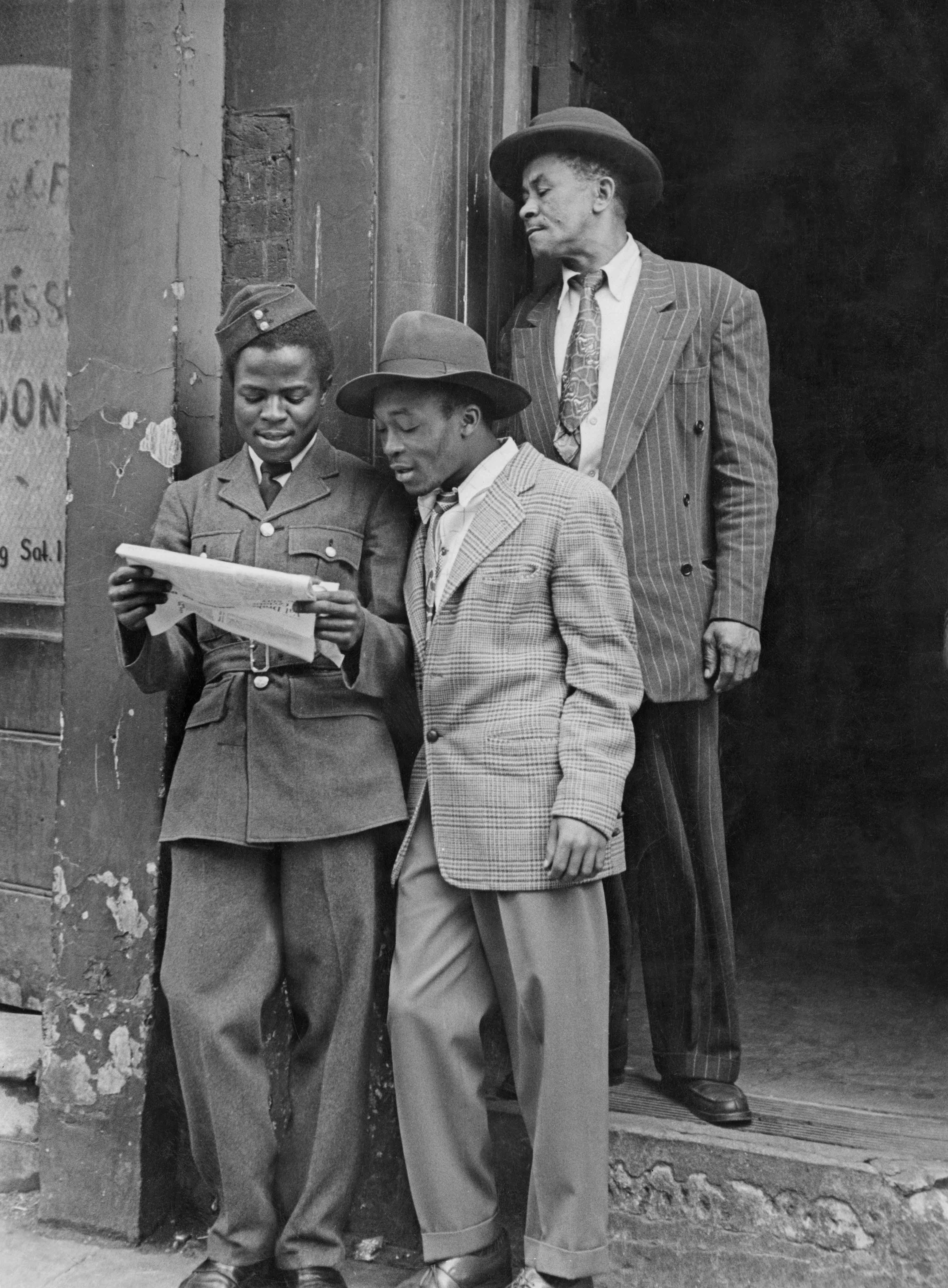 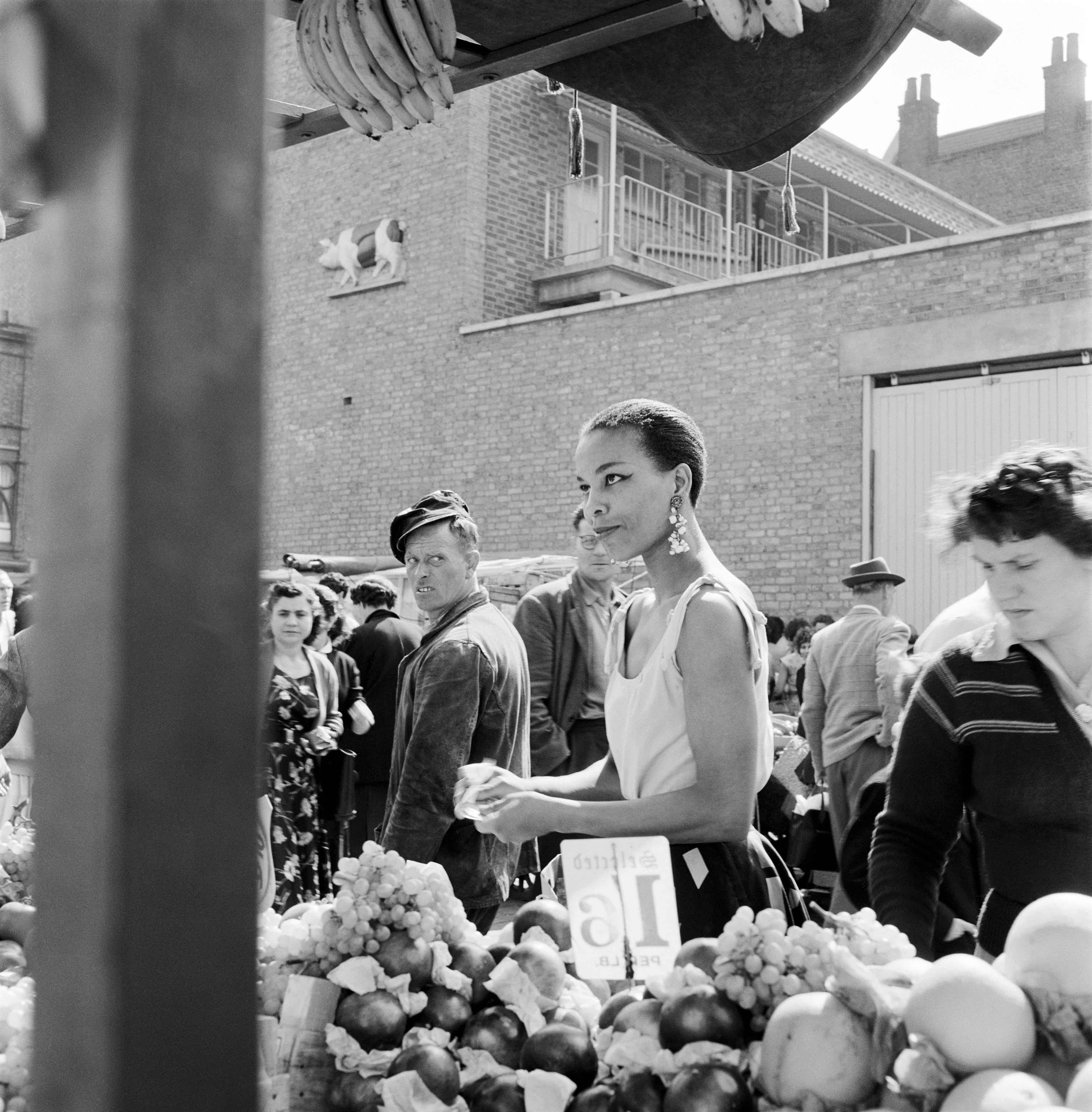 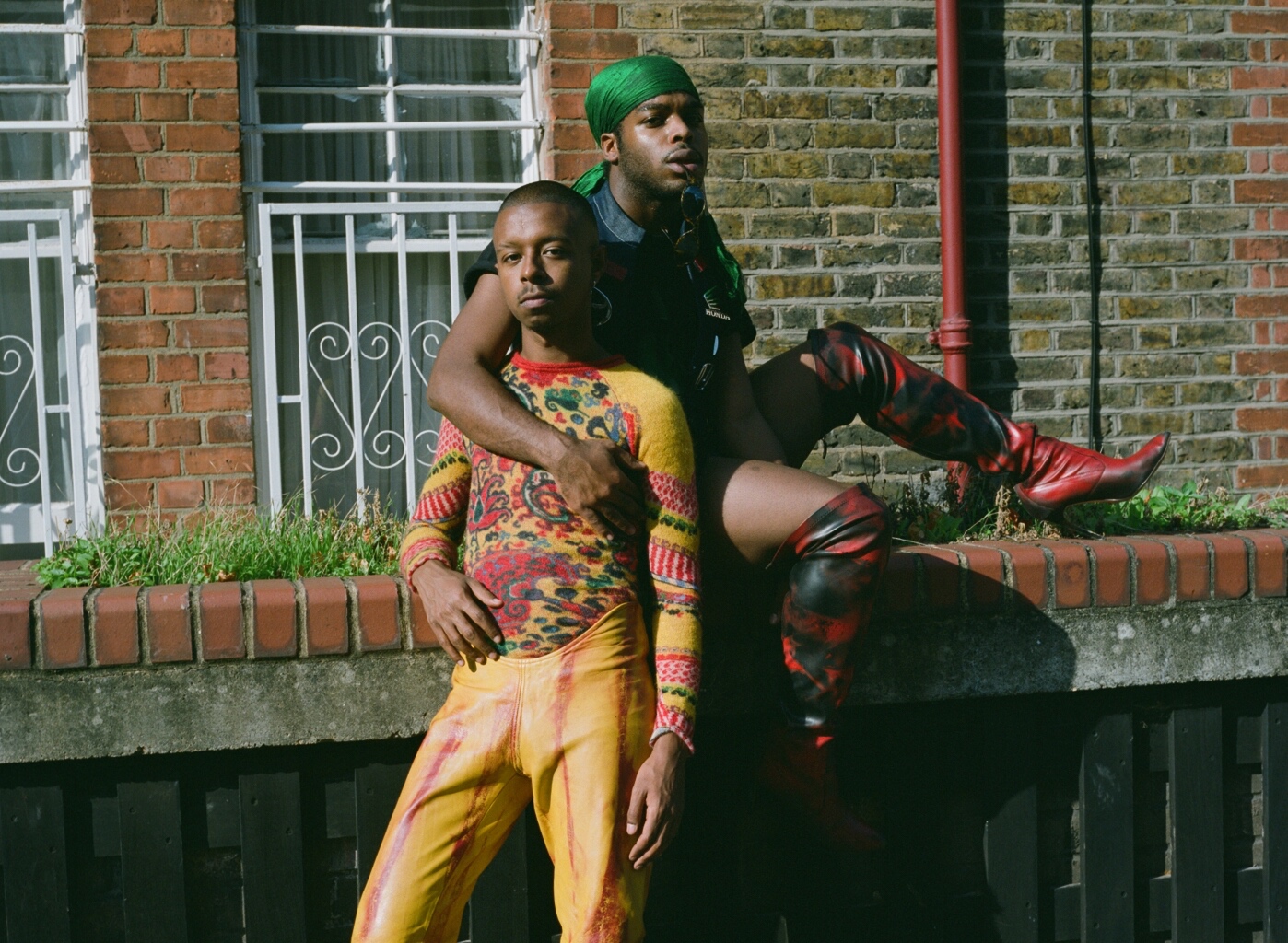 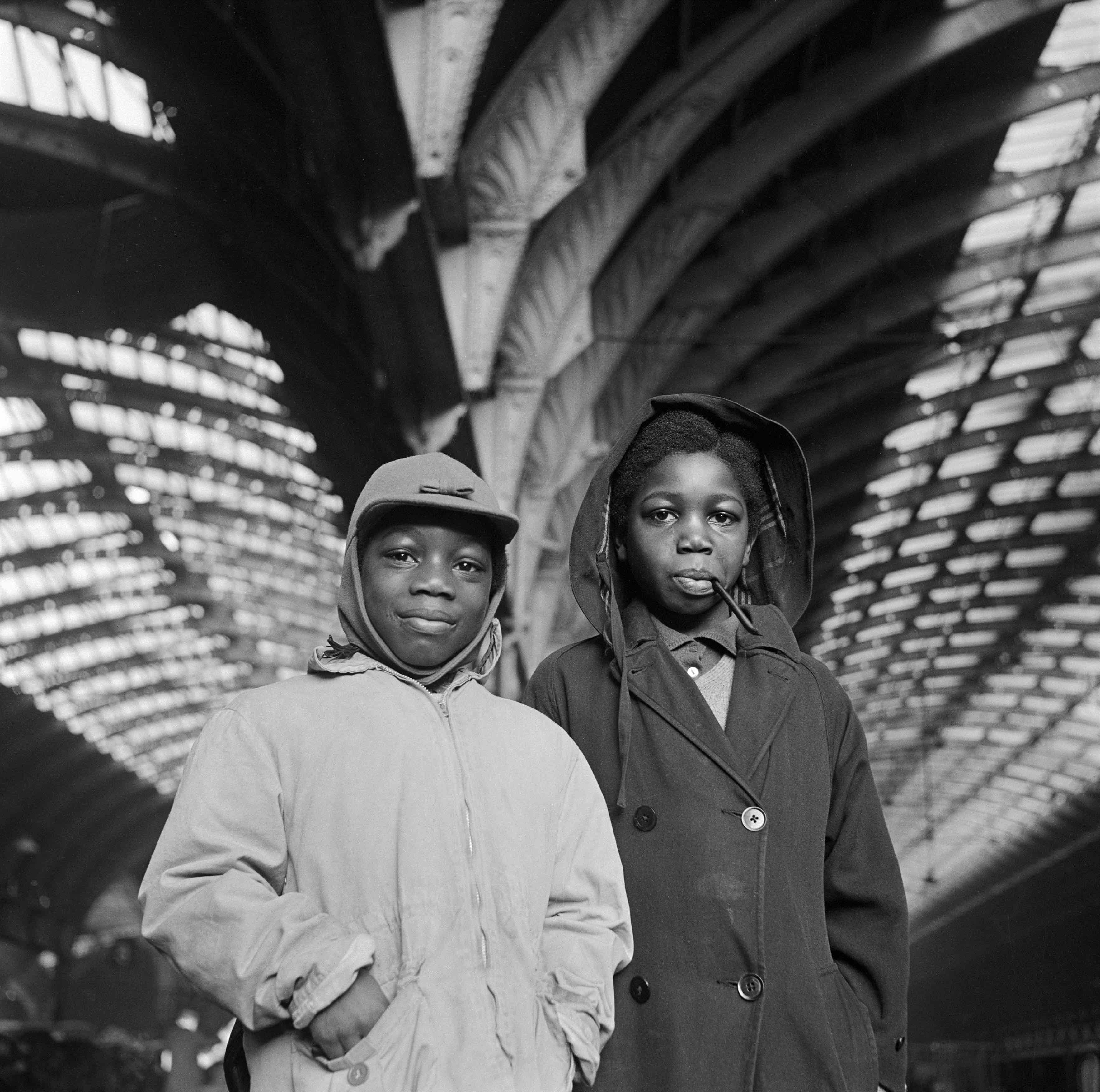 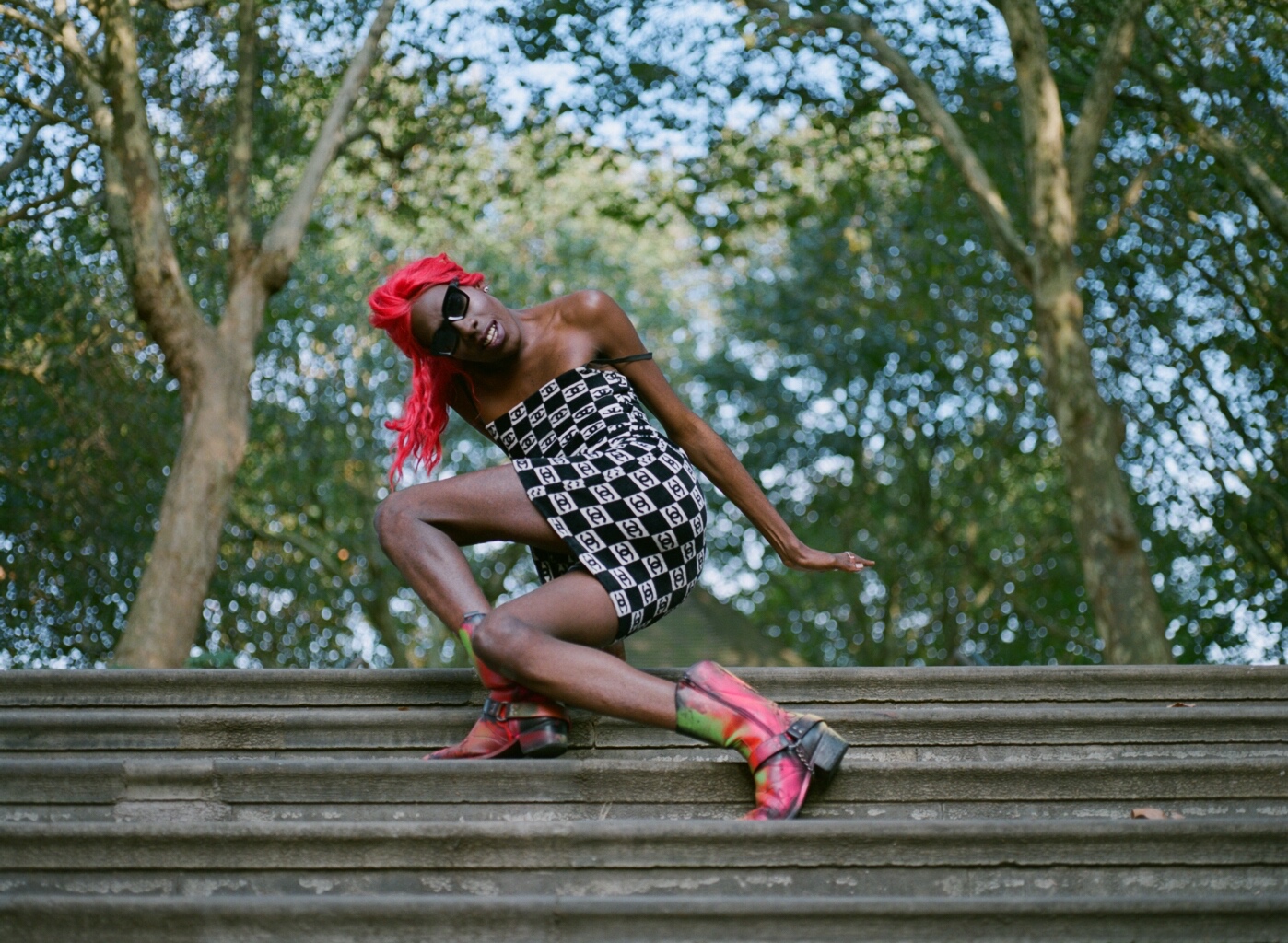 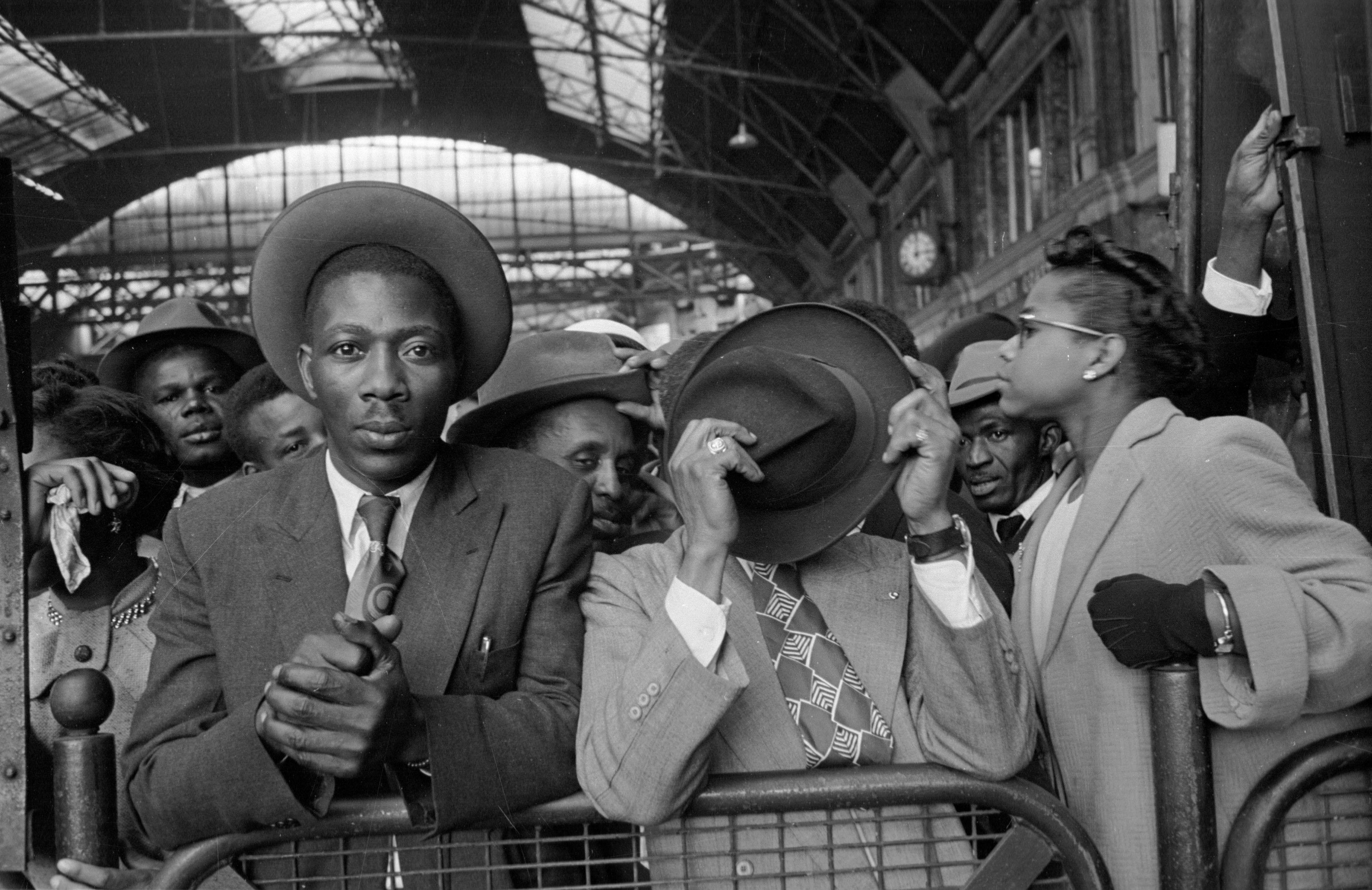 Linkedin
RELATED ARTICLES
OTHER ARTICLES
The curators of a new exhibition are hoping to shed light on Plymouth’s vibrant but often overlooked nightlife.
Whether it's partygate, the climate crisis or the spiralling cost of living, the fightback begins on the picket lines writes Tommy Vickerstaff
A new edition of a seminal book brings together iconic images of the band onstage in their full glory and backstage in moments of unguarded camaraderie.
A new report has found that the majority of Britains approach trans issues with compassion. It’s about time this was reflected by our media landscape.
Finland-born photographer Sirkka-Liisa Konttinen looks back on her decades-long documentation of life in Northern England.
In the latest instalment of Photographers in Conversation, the chronicler of raves, protests and beyond explains why he’s drawn to such specifically visceral environments.