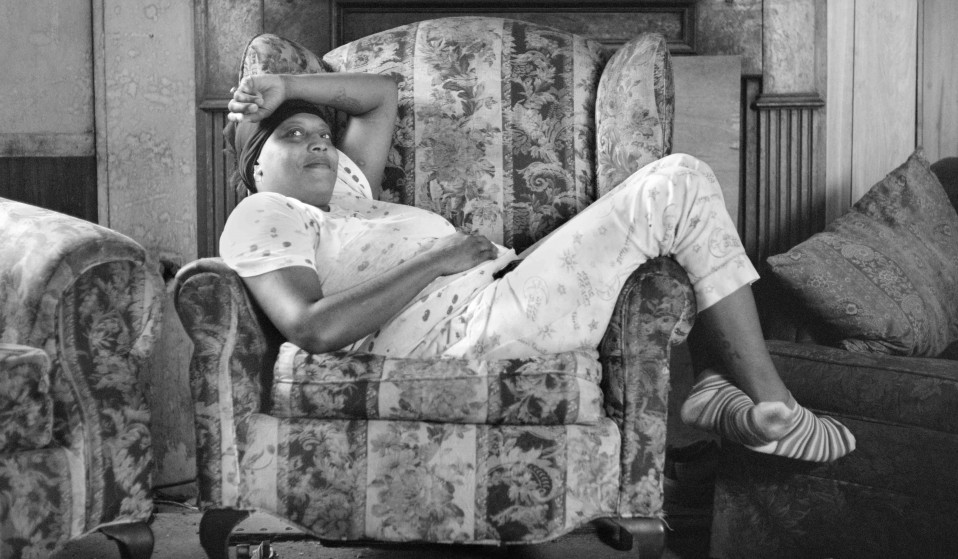 Brandon Thibodeaux spent eight years photographing the people living in small villages and towns along the northern Mississippi Delta. Now compiled in a book, they tell personal stories of resilience and belief in the face of hardship.

What initially attracted Brandon Thibodeaux to the northern Mississippi Delta was not a journalistic scoop or clinical historical interest, but rather a personal quest: a mix between wanting to meet new people and needing time for self-reflection, both about faith and himself, after a time of emotional hardship.

And so the Texas-based photographer ended up in the Delta, an area considered by many to be the heart of the American south, partially due to the extreme and oppressive racial divide that marks its history. Once one of the richest places in the country due to its fertile soil, it is now among the poorest, with the African-American communities who live there still dealing with the deep and painful scars left by slavery and segregation. 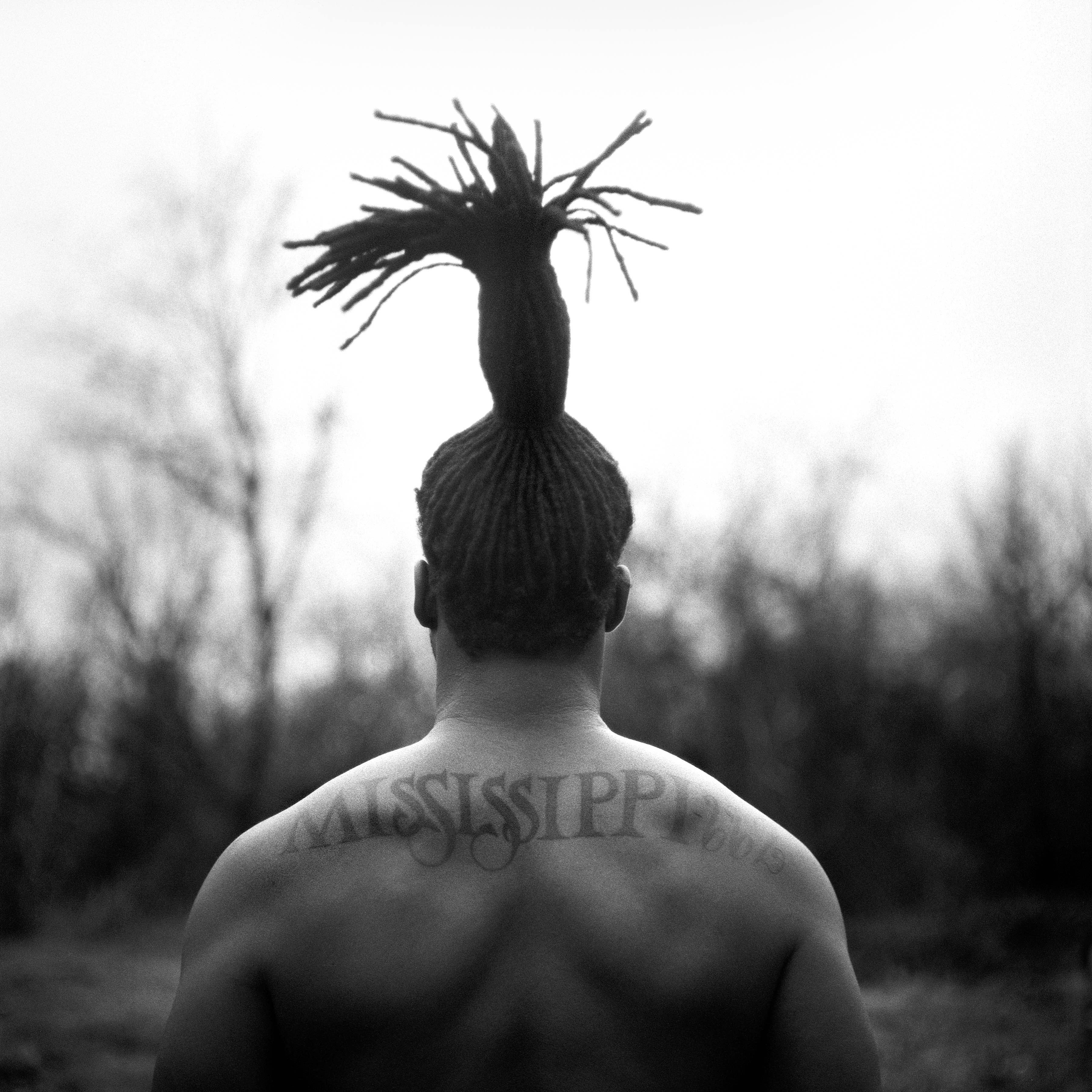 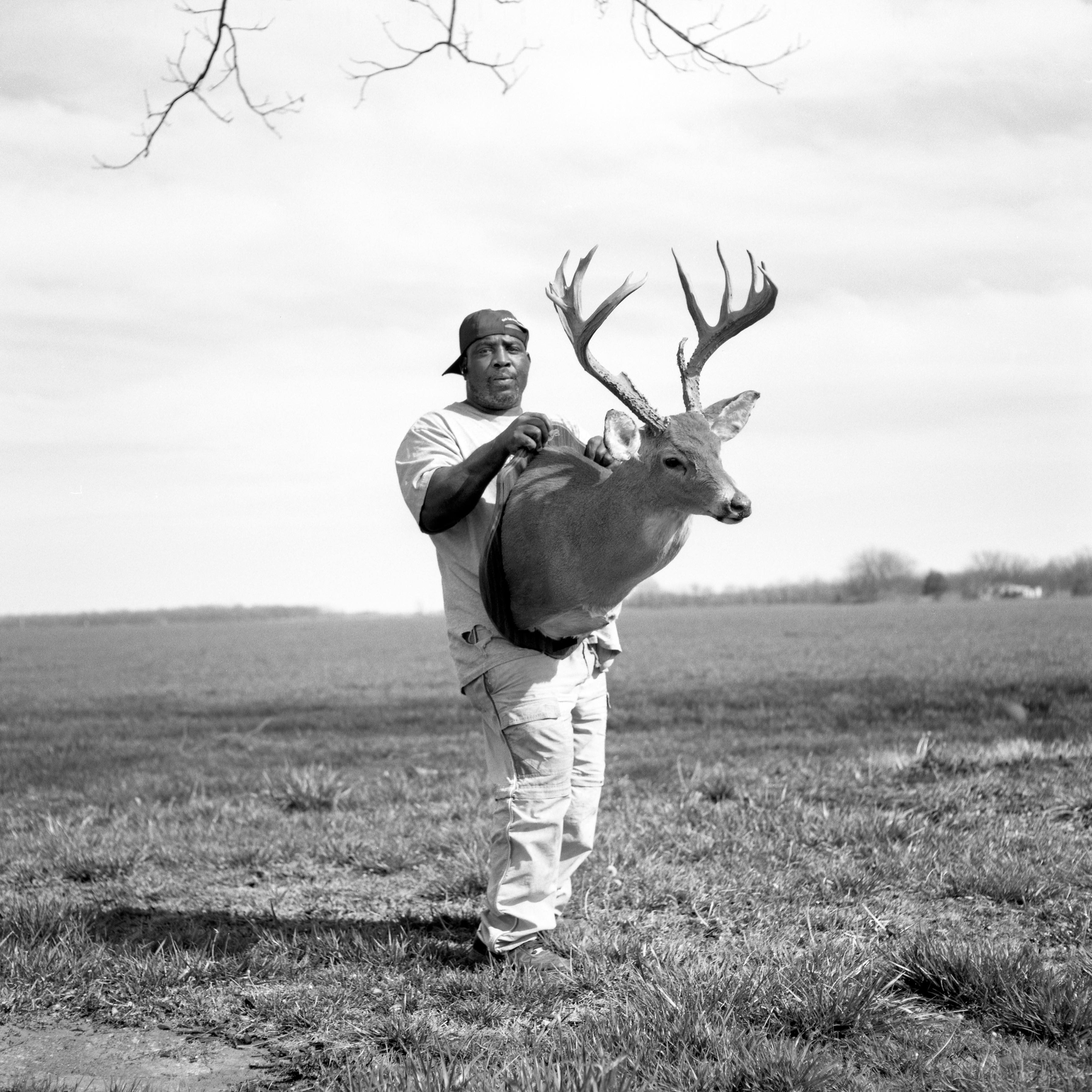 Starting this project in 2009, the photographer spent eight years carrying his Mamiya C330 back and forth between his hometown of Dallas and the Delta, covering a grand total of 60 square miles on the back of his bicycle, visiting multiple small townships and villages in the area during his journey. In each of them, he was welcomed, and was told stories of everyday life, faith, family and the resilience of identity.

Although most of the communities photographed by Brandon still bear the heavy brunt of the United States’ history of slavery and racial inequality, each of them also carry a heritage of independence and pride – one of the clearest examples being the historic Mound Bayou – a symbol of sovereignty, and the US’ oldest completely African American municipality, founded by ex-slaves in 1887. 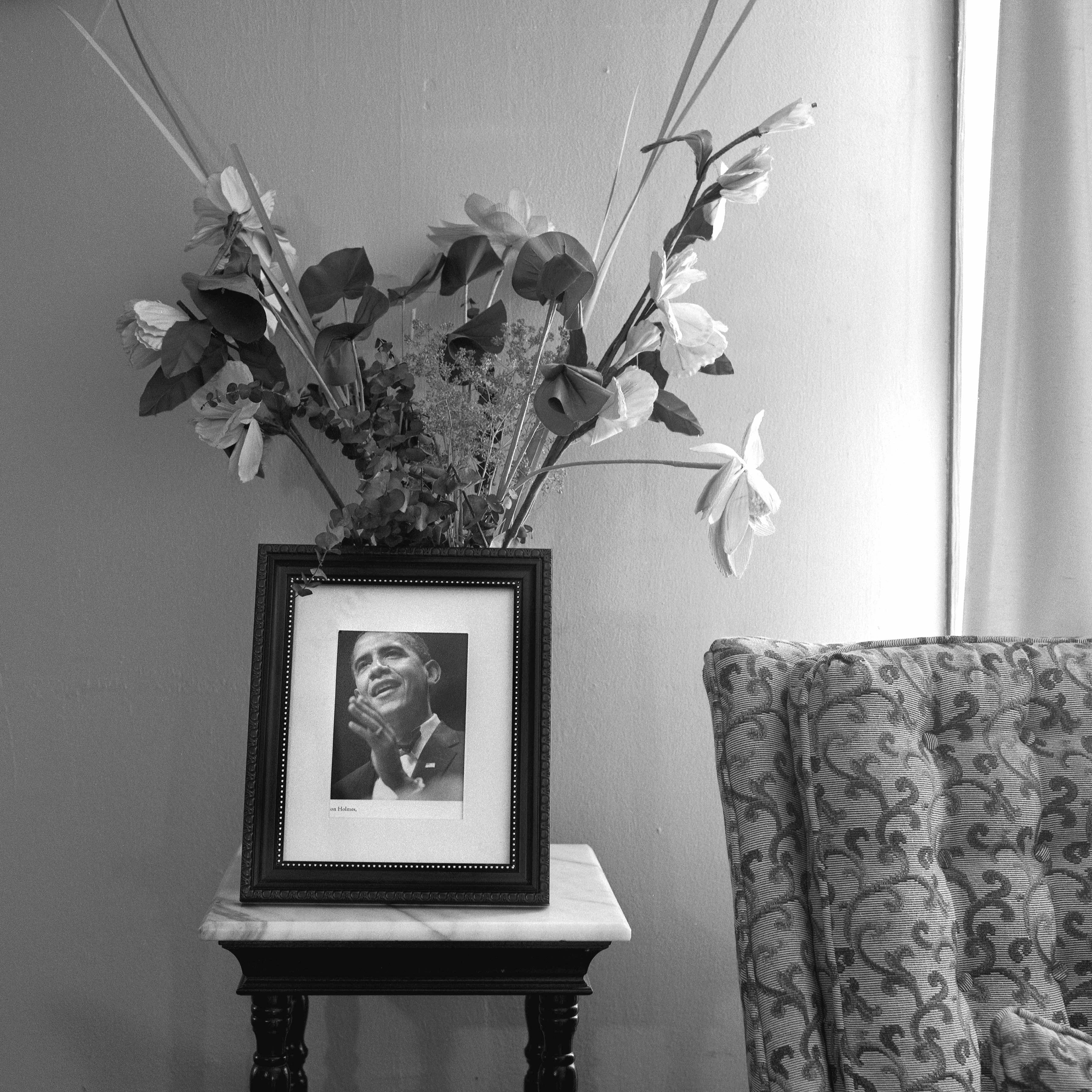 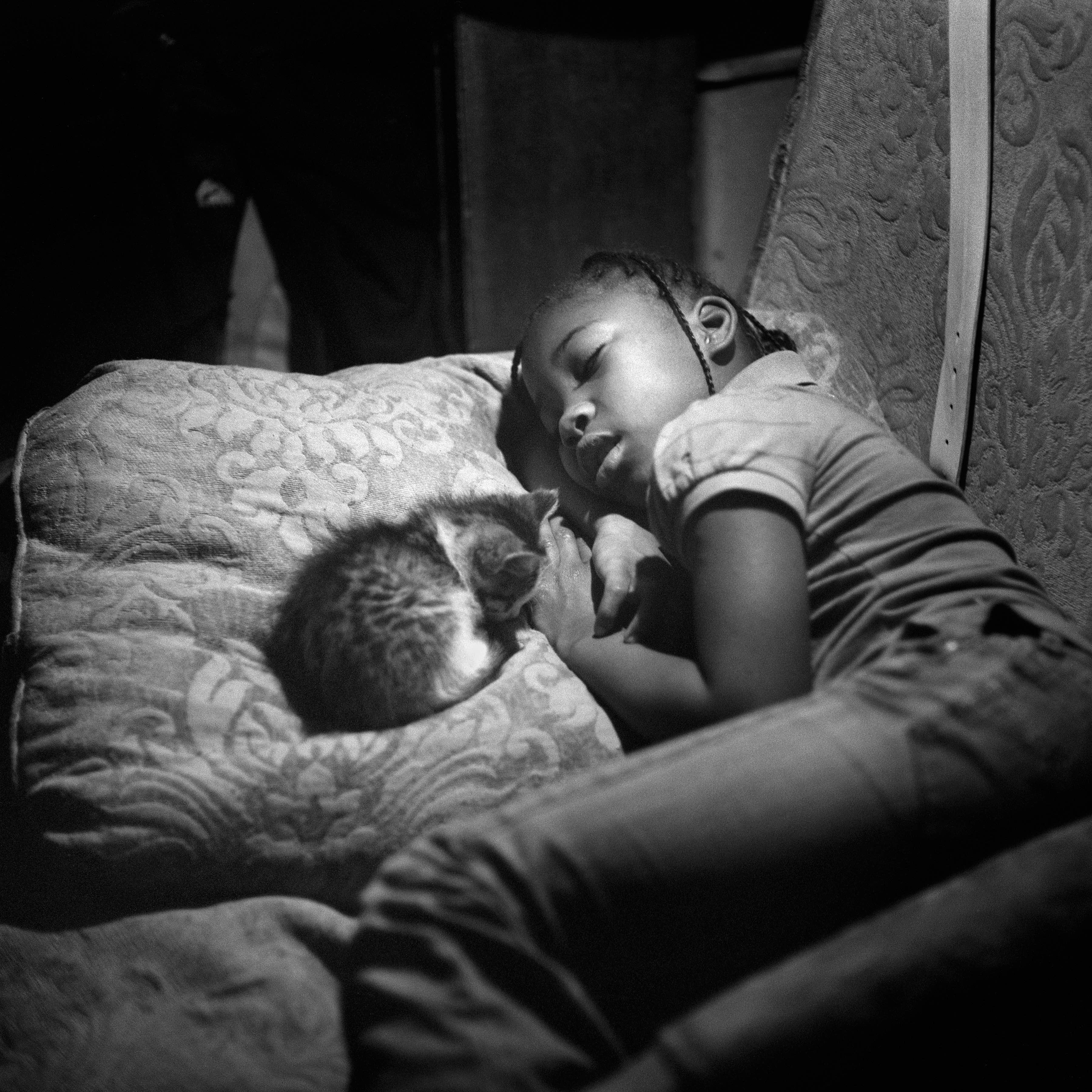 Instead of portraying these communities and their history through a detached lens, as they’ve been so often seen, In That Land of Perfect Day Brandon seeks to understand the story of the Delta and tell a story of the humanity that comes along with the endurance. Although loaded with emotion, each image feels like a glimpse into the everyday.

Although many introductions were made before, one encounter that stands out to the photographer as a big change of course is his first exchange with James Watson Jr., who he met dancing in a gas station party in Alligator, Mississippi.

“In the centre of it all was a wild-eyed wiry old man spinning like a cyclone atop the hot pavement. ‘Look around, you don’t know a soul, what are you doing here?’ he said aggressively, shirtless, and drenched. He was right. He introduced himself as ‘Dance Machine’, but as the years went on I came to know him as James Watson Jr.”

“The following day, Mr. James and I found ourselves having Sunday supper, and he introduced me to this friends, the Coffey family. The Coffey’s took me in and grew to become my surrogate family in the Delta.” 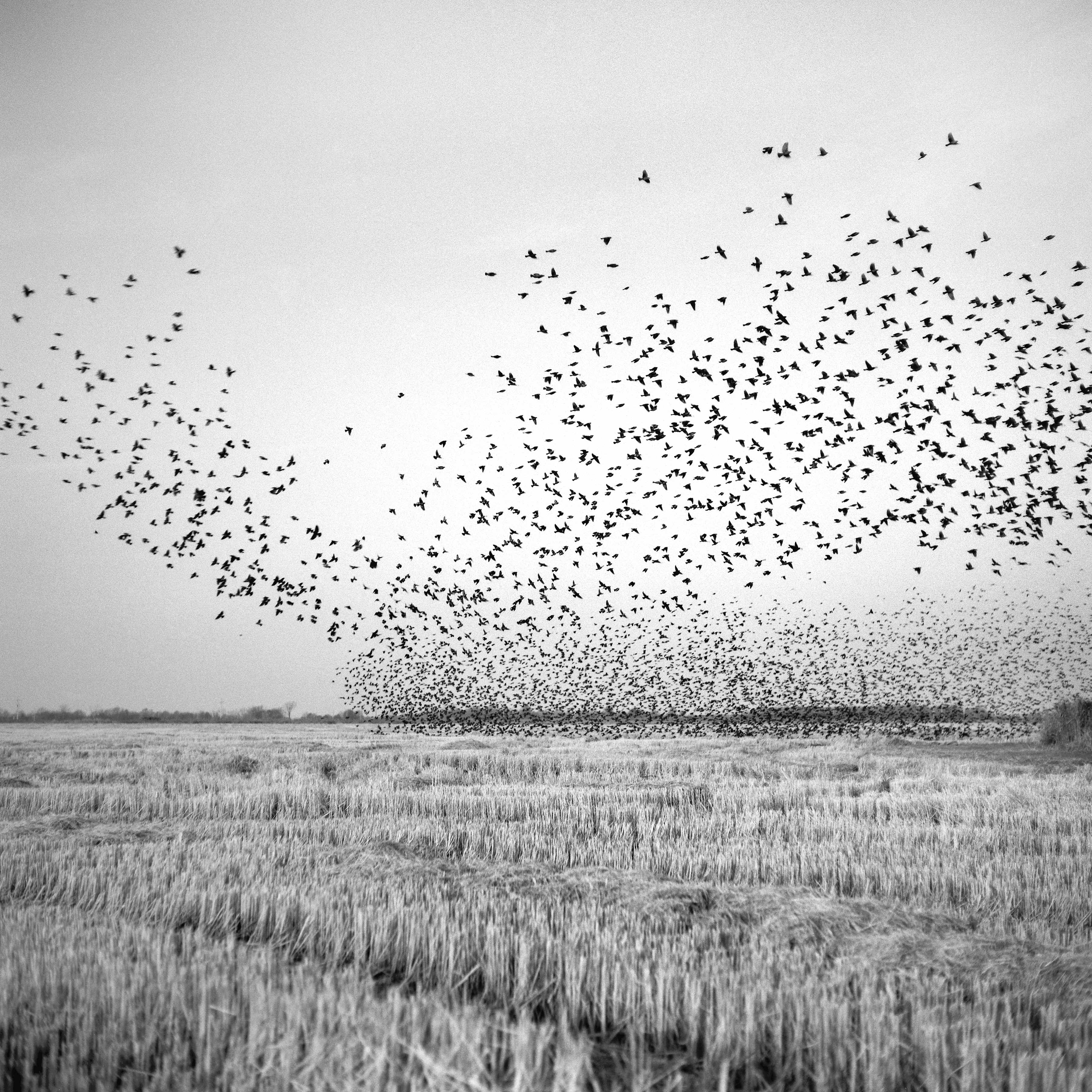 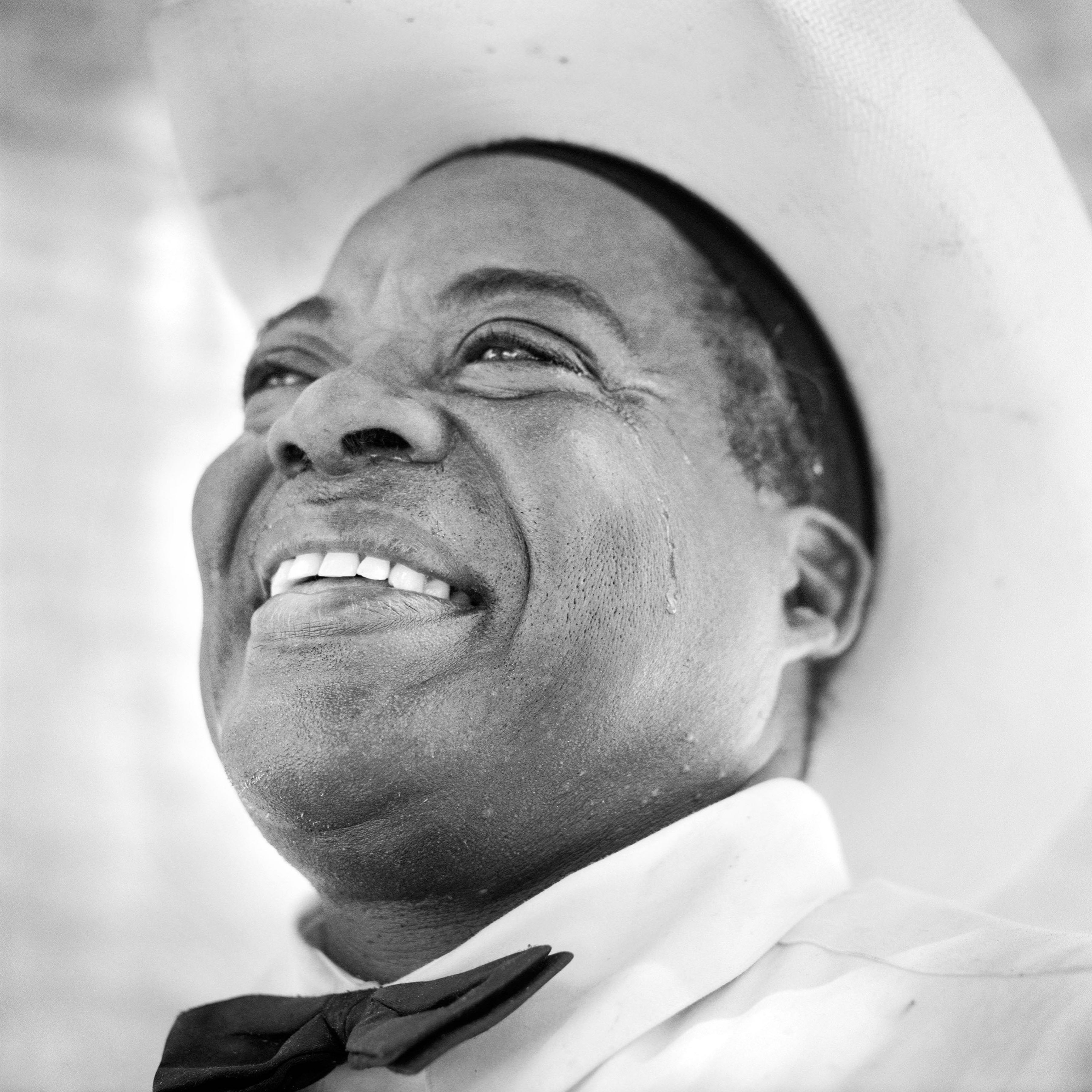 From that moment onwards, Brandon started being introduced to more and people, building lasting friendships not only with the people of the Coffey family, but with the wider community too. Just like that, In That Land of Perfect Day organically started taking shape.

Brandon can tell endless anecdotes about each person he met over the years and recite the history of each city he came across by heart. Each image, he tells me, is a collaboration between the subjects and himself, which explains the mix between casual and posed scenes that can be seen in the book.

While staying at the houses of friends, the children who were playing would show him something in the middle of the day – a dead bird, brand new braids – and ask to be photographed. Adults would choose interesting ways to be captured, holding up deer antlers, or choosing an object they loved, posing in a certain way. A lot of pictures were just taken in a spontaneous moment. The process of documenting this everyday remained an exchange between friends, fluid throughout. 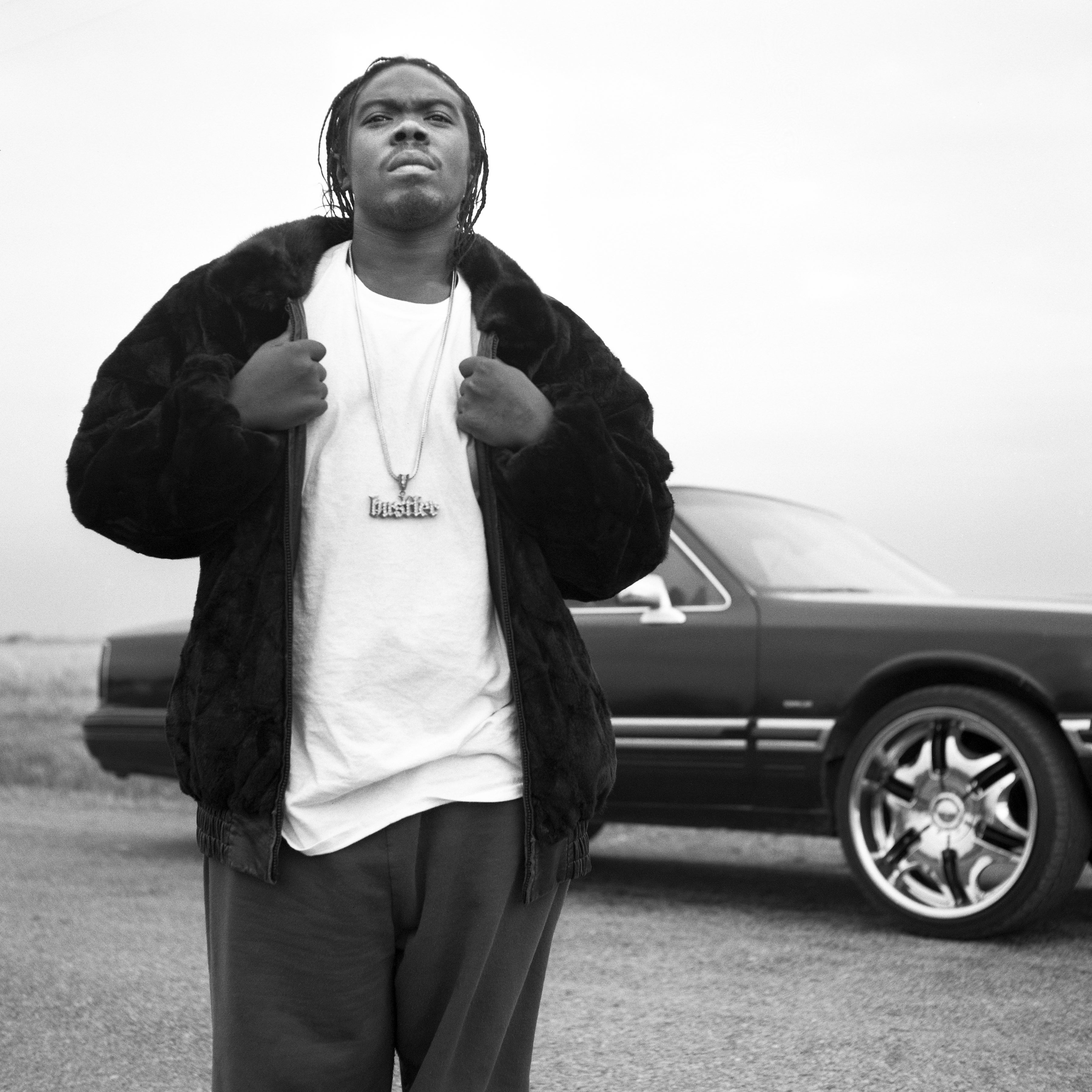 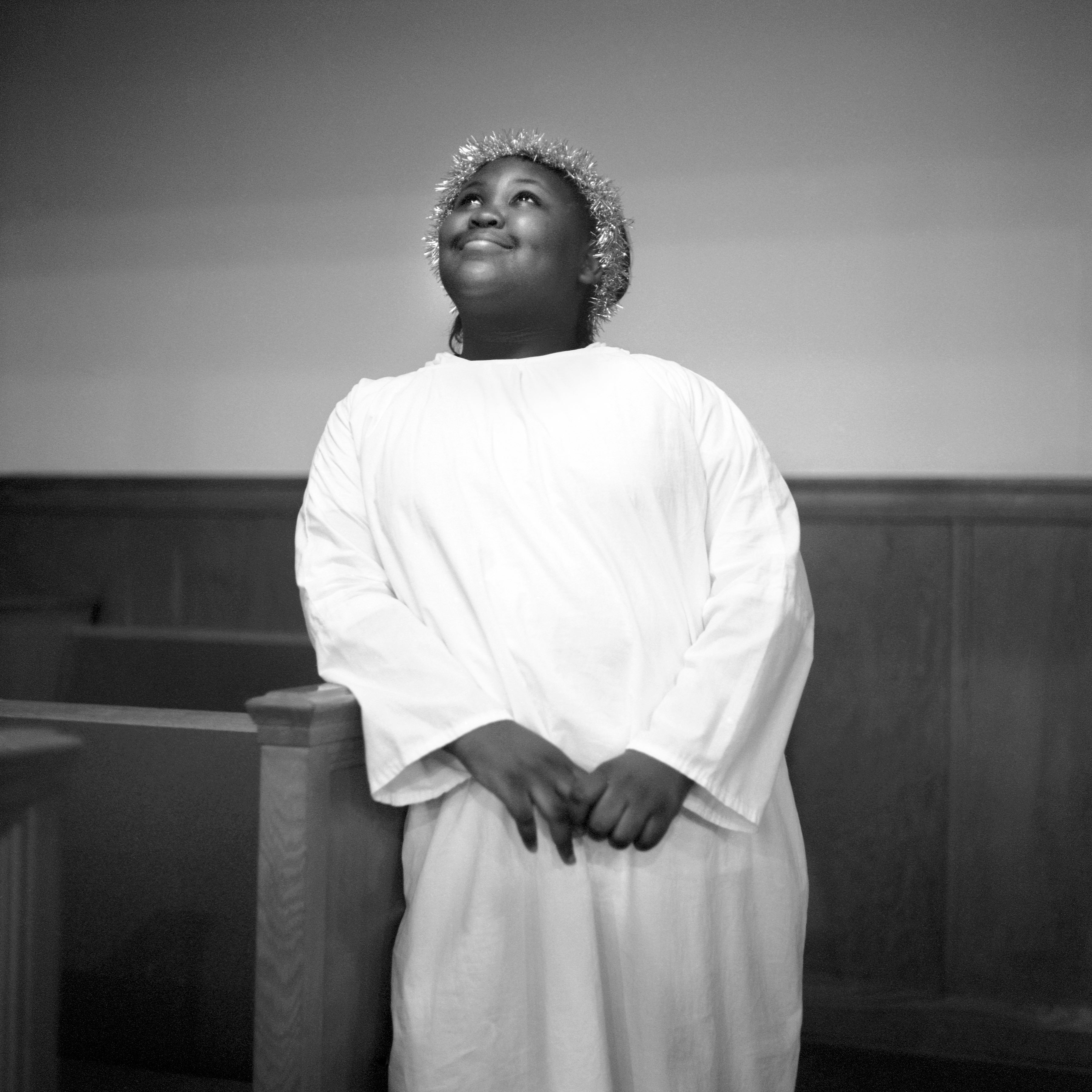 A lot of visual themes on In That Land of Perfect Day also go back to religion – be it in the form of sermon excerpts, or the image of a girl dressed as a cherub, a woman looking deep in prayer. The Delta is full of churches, and, as Brandon himself was raised in a big, Catholic, Southern family, faith offered a spark of familiarity, as well as a starting point.

Describing his emotional initial arrival in the churches of the Delta as a search for something “stronger” than himself, looking “not to photograph but to cry and be redeemed”, spirituality remained a constant exchange, with bible verses being a recurring way of relaying advice or offering support when living with the families who took him in. 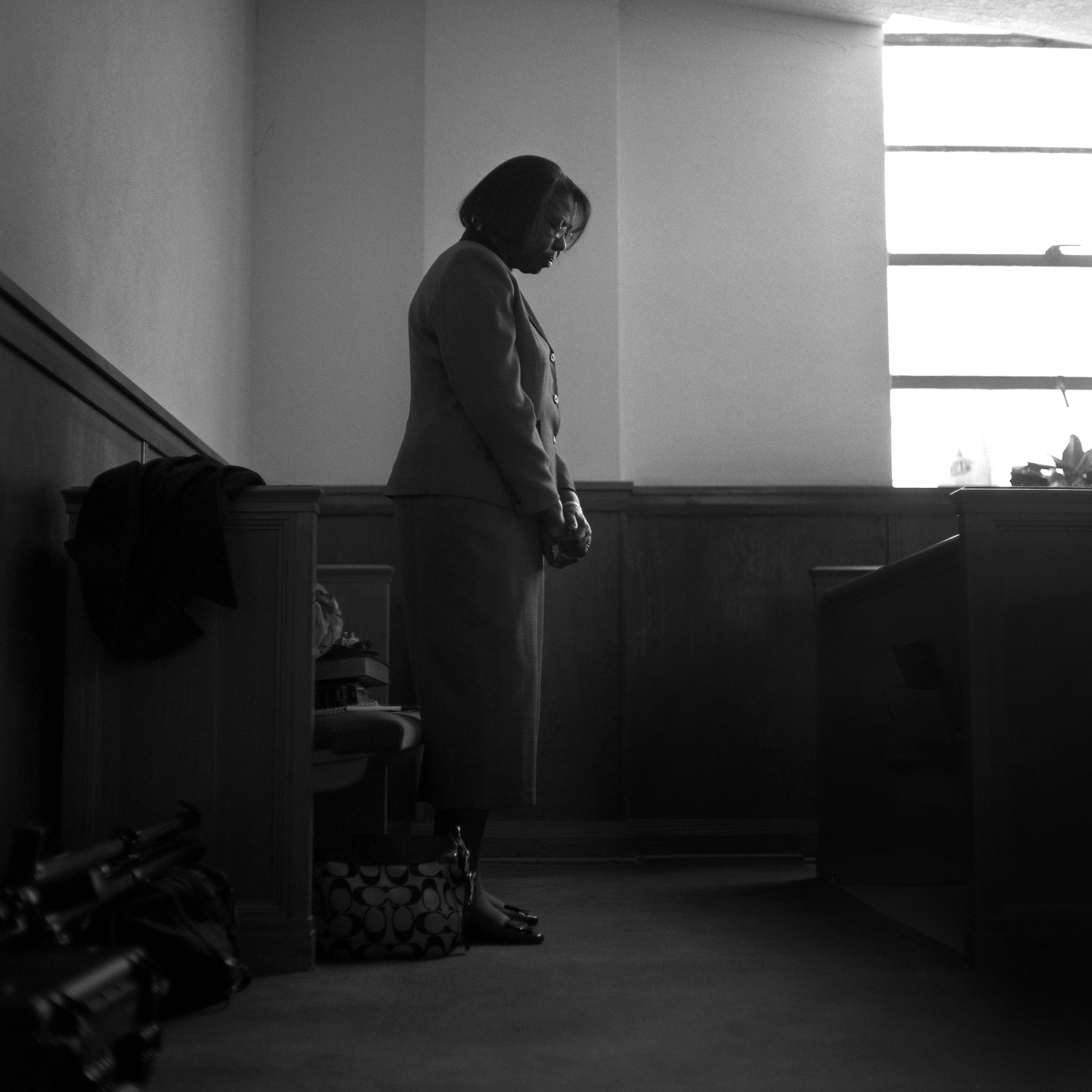 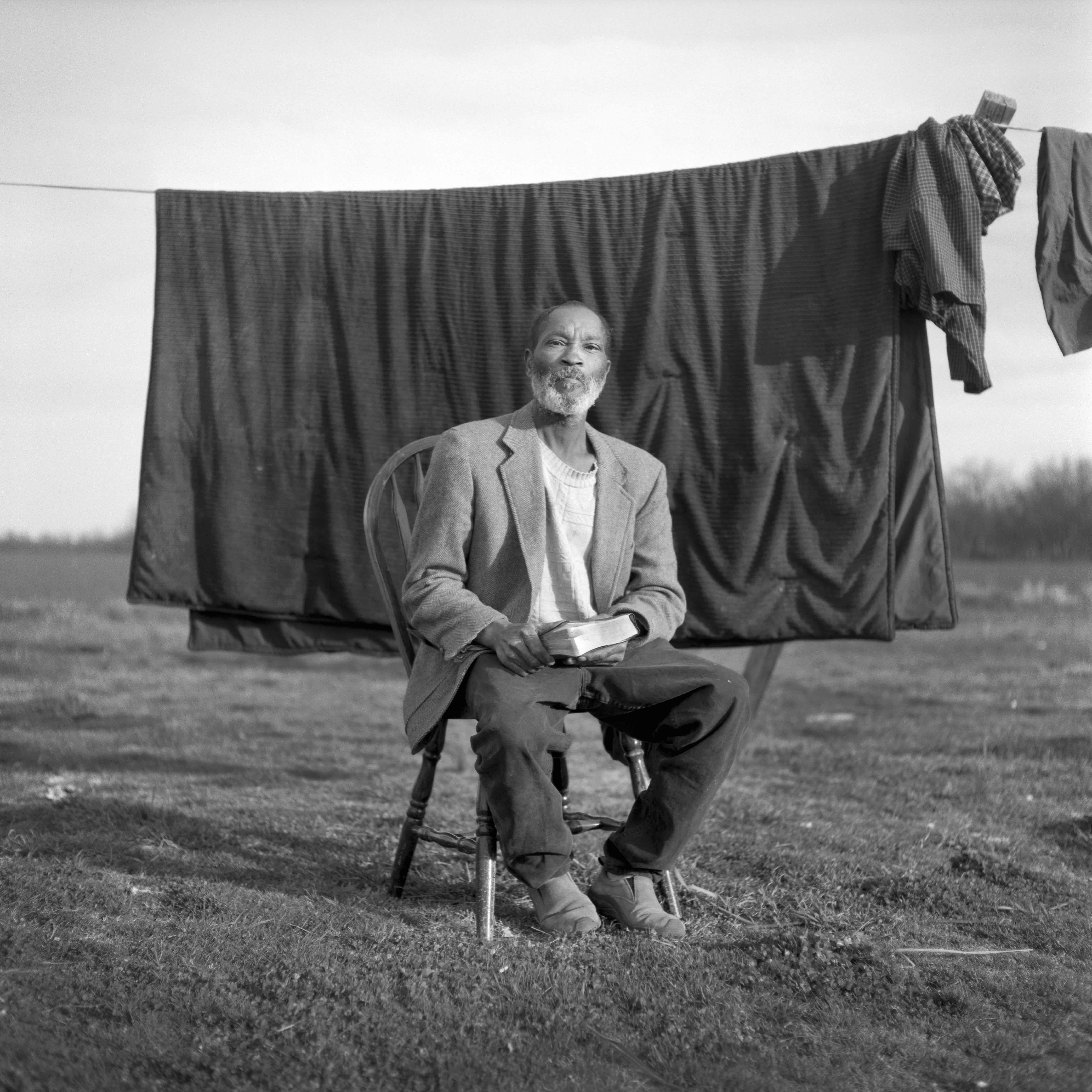 So it makes sense that, when I ask about the title of the project, it is connected to faith. “It came from a hymn we sing in the church in Alligator, entitled By and By,” Brandon writes, going on to recite these words by Charles A. Tindley.

“We are often tossed and driven,
On the restless sea of time,
Somber skies and howling tempests
Oft succeed a bright sunshine,
In that land of perfect day,
When the mists have rolled away,
We will understand it better by and by.”

In That Land of Perfect Day is published by Red Hook Editions.

Linkedin
RELATED ARTICLES
OTHER ARTICLES
A new podcast is opening up the conversation between trans women and trans amorous men in the hope of building coalitions.
A new law change is enabling Britain’s donor-conceived children to know the truth about their origins – but campaigners say the fertility industry must do more to protect people.
A new film from Berghaus traces the story of Adam Raja, who left behind a turbulent upbringing to discover the healing power of climbing.
The action took place in response to the 200 asylum-seeking children who were placed in hotels run by the Home Office who have gone missing.
Theo McInnes’s photos of the annual event provide an intriguing snapshot of contemporary Britain.
At his West Bank restaurant, Fadi Kattan established himself as the voice of modern Palestinian cuisine. Now, he’s bringing his innovative, bold flavours to the UK’s capital.